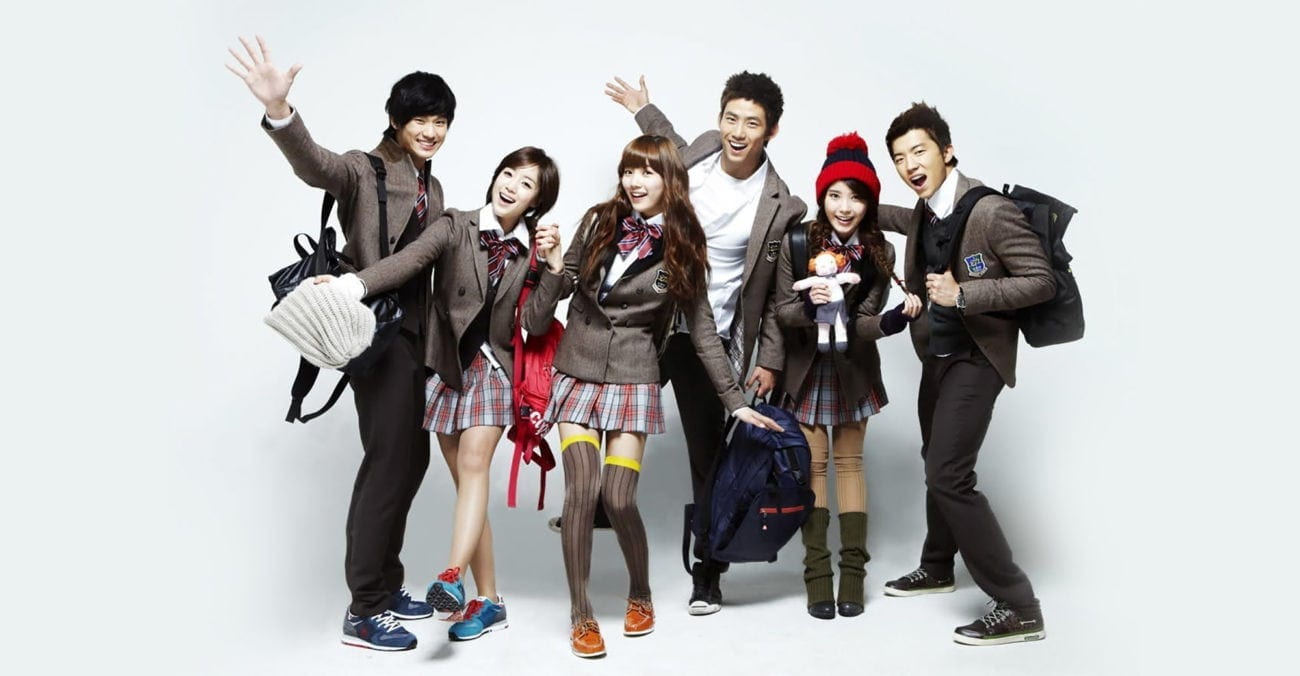 East of Eden: Top-ten Korean dramas you’ve got to see

Whether you first started as a K-pop fan or merely stumbled into this world out of curiosity, K-dramas are a must-see. Your favorite K-pop idols might even sing the soundtracks or act in the movies. From K-drama classics that marked the Hallyu Wave to their successors making headlines, here are ten K-dramas (along with honorable mentions) that you need to see.

A classic K-drama, this one tells the story of Geum Jan Di. She is an ordinary girl whose family owns a dry cleaning store, but while delivering dry cleaning to a student at the prestigious Shin Hwa High School, Jan Di saves the life of a student attempting to jump off the roof. She receives a full swimming scholarship as a result.

Shin Hwa High is ruled by the famed F4 (the four richest and most popular boys at the school), and when Jan Di gets on the wrong side of F4 leader Gu Jun Pyo, she becomes the subject of bullying. Eventually he becomes attracted to her, yet she has a crush on his best friend. Whom will she choose?

Set in Sungkyunkwan University in the late Joseon era during the reign of King Jeongjo, this drama revolves around the exploits and love stories of four youths.

With her younger brother’s illness worsening and their family facing eviction from their house for lack of money, Kim Yoon Hee enters the school under her name, disguised as a boy in a desperate attempt to support her family. There she becomes friends with the intelligent and upright Lee Sun Joon, the playboy Goo Yong Ha, and rebellious Moon Jae Shin.

In need of two other students to come to the school in order for her to enroll conditionally, she enlists the help of her friend Song Sam Dong and Jin Guk who she accidentally meets when trying to escape from a loan shark. Formerly Hye Mi’s sidekick, Yoon Baek Hee soon becomes her rival at the school after Hye Mi’s betrayal during an audition.

This is the story of two men whose fates crossed from the very day that they were born in the same hospital. As a teenager, Lee Dong Chul witnessed his father’s death and from then promised to seek revenge on the man who caused it, Shin Tae Hwan.

Unbeknownst to everybody, Dong Chul’s younger brother Dong Wook was switched at birth with Tae Hwan’s son, Myung Hun. Dong Wook grows up to become a prosecutor, vowing to help his brother seek revenge – but what happens when they find out that they are not brothers?

Honorable mention: You Are My Destiny, Iljimae

The Moon That Embraces The Sun (MBC)

A tale of a secret love between the fictional king of Joseon Le Hwon and Wol – a female shaman. Unbeknownst to both of them, Wol was born as Heo Yeon Woo, the daughter of a noble family who won the love of the then crown prince Hwon.

Jealous of her family’s high position in the court, her enemies removed her from her rightful place as crown princess, nearly taking her life. Years later, Hwon meets Wol who is now a female shaman with no memories of her past.

You Who Came From The Stars (SBS)

Arriving on earth for the first time in 1609 to protect a girl he met, Do Min Joon missed his chance to return to his home planet. Four centuries later, he still lives in Korea and has taken the role of a professor.

Do Min Joon maintains distance from everyone, acknowledging that he doesn’t belong to this world, except for one friend (Jang Young Mok) who knows his secret. All is quiet until the loud, proud, and bumbling actress Chun Song Yi moves in next door. Despite Do Min Joon’s numbered days on earth, the two begin to fall in love.

Jang Jae Yeol – a bestselling mystery novel author and radio DJ who is playful and a bit arrogant – suffers from obsessive-compulsive disorder. Ji Hae Soo is an ambitious yet compassionate psychiatrist on her first year of her fellowship who has a negative attitude towards love and relationships.

When Jae Yeol and Hae Soo meet, there is conflict caused by their strong personalities. This soon turns to love as they meet in between, but their relationship takes a blow when they learn that Jae Yeol’s mental health issues are more serious than they initially suspected.

She Was Pretty (MBC)

A romantic comedy about two past acquaintances who meet again after they go through a reversal of fortunes and appearances. Kim Hye Jin was a beautiful girl from a rich family but lost everything including her beauty after her family’s publishing company went bankrupt. Ji Sung Joon was the opposite, and suffered from low self-esteem but grew up into a handsome and successful editor. They both end up working at the same magazine publishing company.

Descendants of the Sun (KBS2)

This is a story of Shi Jin – captain of the special forces – and Dr. Mo Yeon whom he falls in love with. They begin to date but as a result of their jobs, but this doesn’t go well. When they realize how different they are, they say their goodbyes. Eight months later, Shi Jin and Mo Yeon meet again.

Goblin (Guardian: The Lonely and the Great God) (TVN)

Kim Shin is a goblin, protector of souls and the landlord of the grim reaper, who is in charge of taking deceased souls. Having lived for many years, Shin doesn’t want immortality anymore but needs a human goblin’s bride to end his long life. Ji Eun Tak is a high school student, who despite many of life’s obstacles thrown her way, remains optimistic.

She accidentally summons the goblin and through subsequent encounters, ends up falling for him. Along with Sunny, an owner of a chicken wing shop who hires En Tak, these four people soon discover that their encounters are not at all by chance.

Since birth, Jin Sun Mi could see evil spirits. When she was a girl, she met two supernatural creatures – Woo Hwi Chul and Son Oh Gong. 25 Years later, a twist of fate puts the three together again. 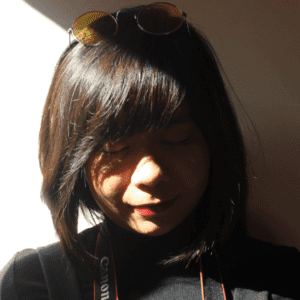 Lerah Mae Barcenilla is an English Literature graduate with an unhealthy addiction to caffeine, South Korean music and anime. She writes about South East and East Asian music and films at Metro, Culturefly, UnitedKpop and BeatCraze Events. You can usually find her highly-caffeinated self idly scribbling on a notebook in hipster coffee shops, scrolling through the astrology tag on Tumblr or taking photographs of cherry blossoms.