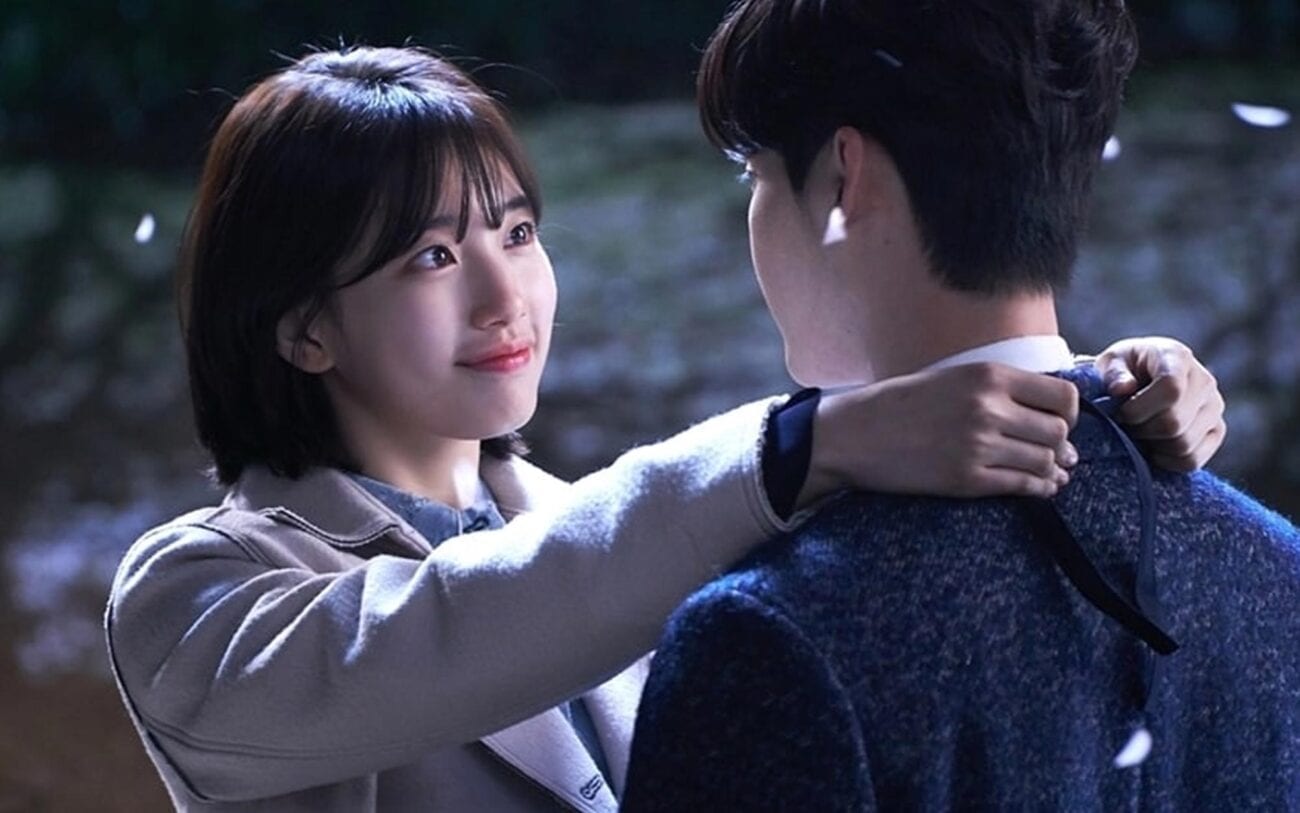 Our OTPs: All the Korean drama couples we ship the hardest

If you haven’t delved into the world of Korean dramas yet, stop everything that you’re doing right now and get watching. Not only do K-dramas open up a whole new branch of the drama genre, they also welcome new romances that are making our hearts swell.

Sometimes there are characters that fit so perfectly together that we can’t imagine shipping them with anyone else. In fact – if anyone says otherwise we’ll fight you in a duel to the death. Here are our favorite Korean OTP drama couples in no particular order. 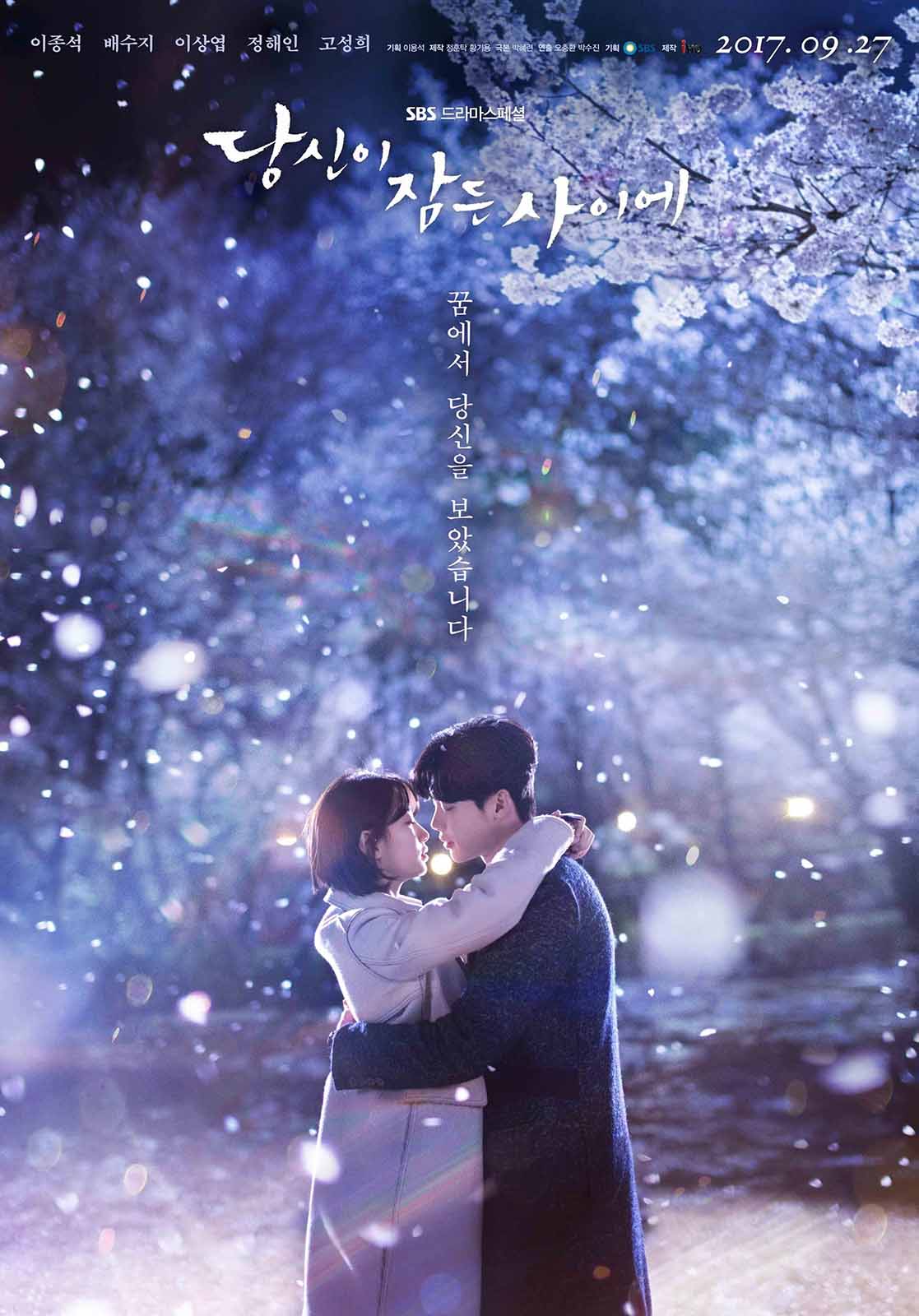 Nam Hong Joo & Jung Jae Chan – While You Were Sleeping

No, we’re not talking about the couple in the Sandra Bullock movie – we’re talking about the fantasy K-drama While You Were Sleeping. This South Korean series starring Lee Jong-suk & Bae Suzy are a fated couple thrown together because of their tragic backstory.

While You Were Sleeping is incredibly unique because it is riddled with little clairvoyant twists that keep us tied to the screen. However, the plot isn’t what really matters. The deep bond that unites Nam Hong Joo & Jung Jae Chan seems so natural. We’re totally in love with this couple and their emotional connection – we ship them for eternity. 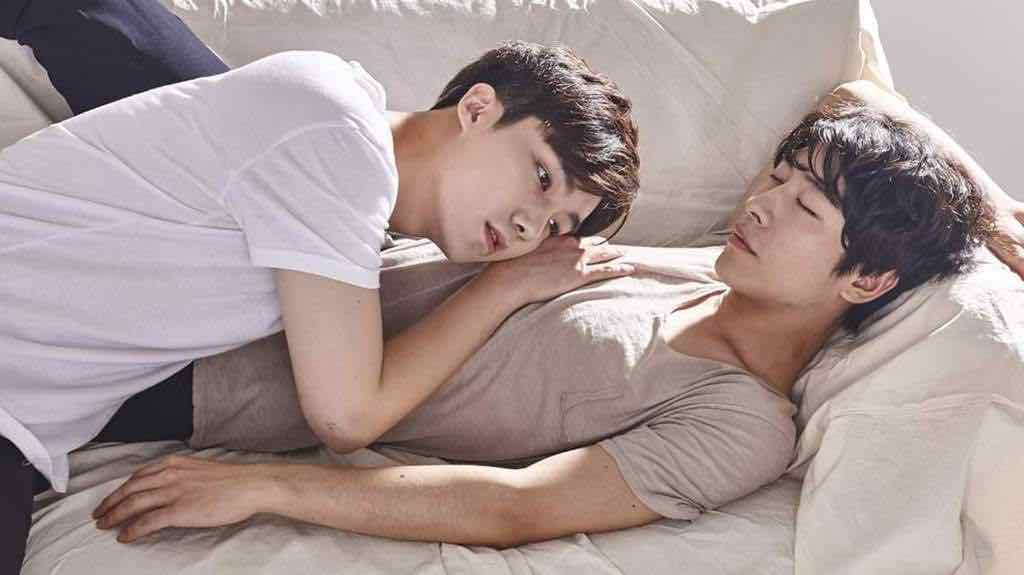 Looking for a little bit of BL drama in your shows? Long Time No See is a must-watch for you. Remember Mr. and Mrs. Smith? Imagine that but way better and features two eye-candy boys. Flying Dagger (Tak Woo-seok) and Wild Dog (Yeon Seung-ho) are a couple of assassins who hopelessly fall in love.

The way that these two cut-throat assassins experience pain together truly shows how trauma unites a couple. They’re not perfect but they’re extremely committed to each other. It’s one of the best Korean BL OTPs and we’re standing by that. 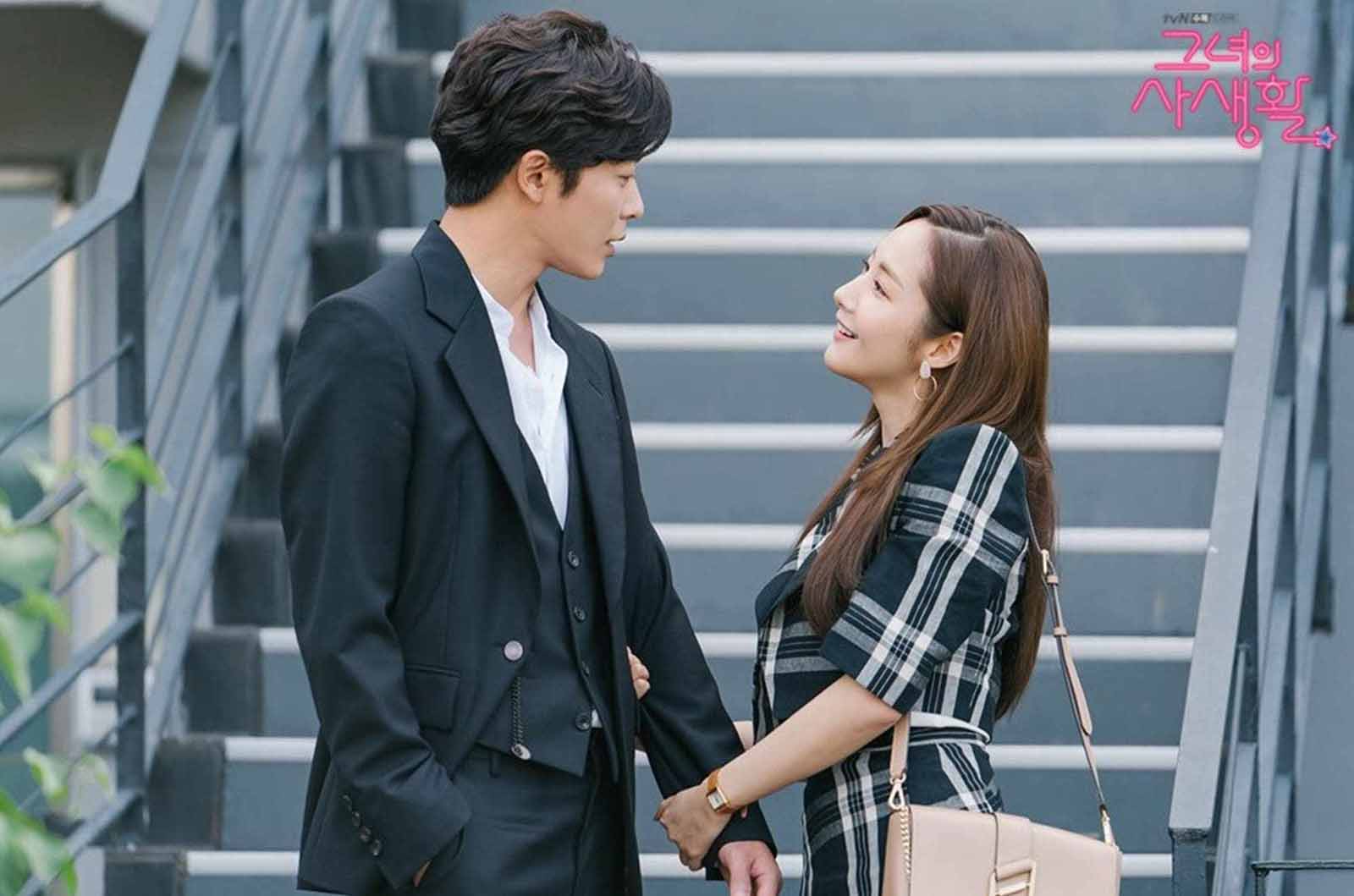 Her Private Life follows the story of Sung Deok-Mi (Park Min-Young) who is a curator for an art gallery. She’s a total fan-girl for Korean rapper Shi-an and even runs a popular fan website in order to worship him.

However, when  Ryan (Kim Jae-Wook) starts as a new director at her art gallery, he somehow distracts her from her crazy obsession. These two have so much chemistry that they can’t help fall for each other. They’re an obvious favorite. 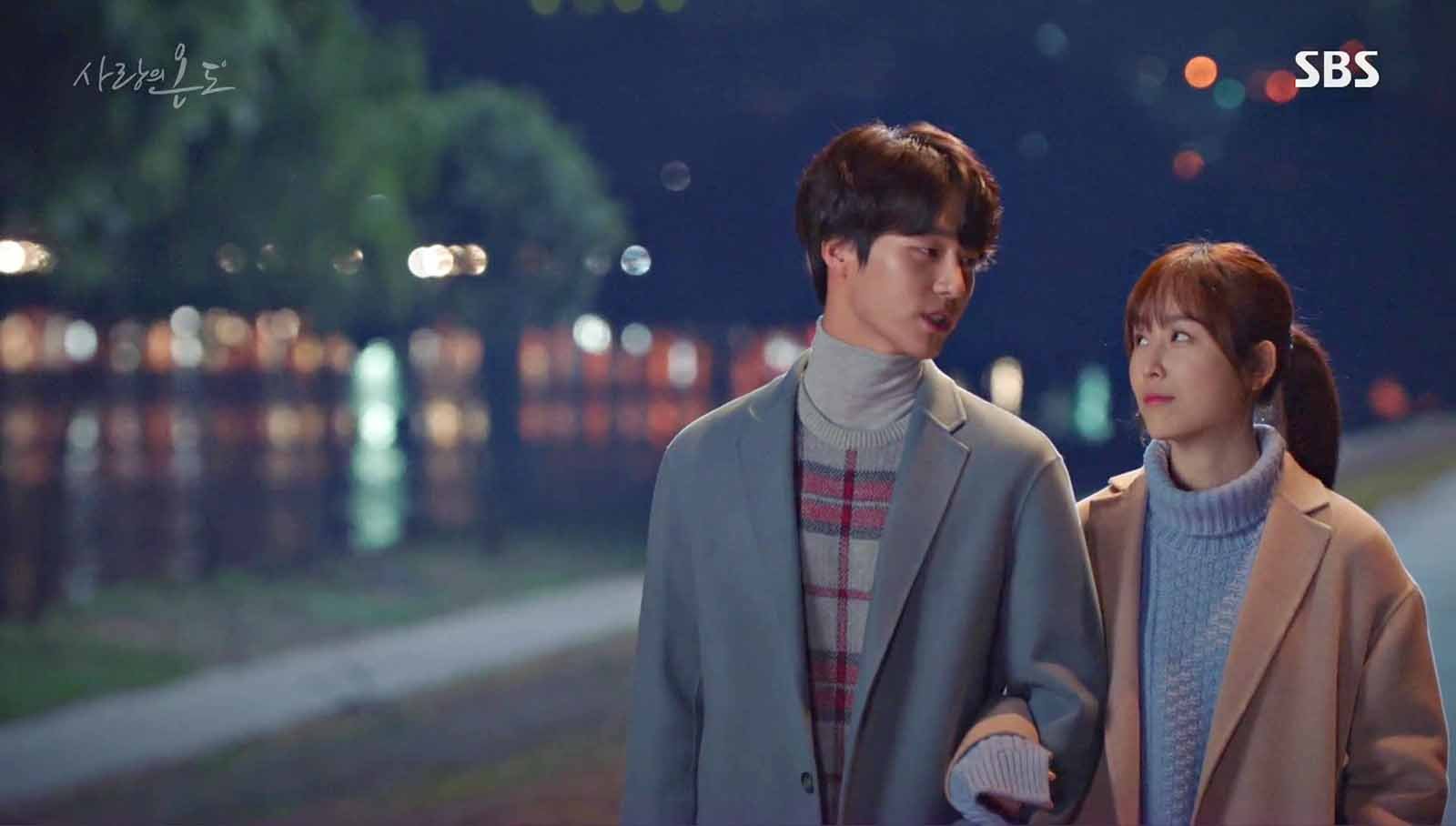 Like so many couples nowadays, Hyun-Soo & Jung-Seon meet online with different usernames. Their characters are portrayed by Yang Se Jong and Seo Hyun Jin respectively (and they also played Dr. Do and Dr. Yoon in Doctor Romantic.) Fans are over-the-moon about this pairing because their chemistry is off the charts.

On Jung-Seon (Good Soup online) is a talented chef-owner of a dazzling restaurant. Lee Hyun-Soo is an aspiring screenwriter. When the two finally meet in real life sparks fly and the rest is history. They’re an adorable couple – they belong together on-and-off screen. 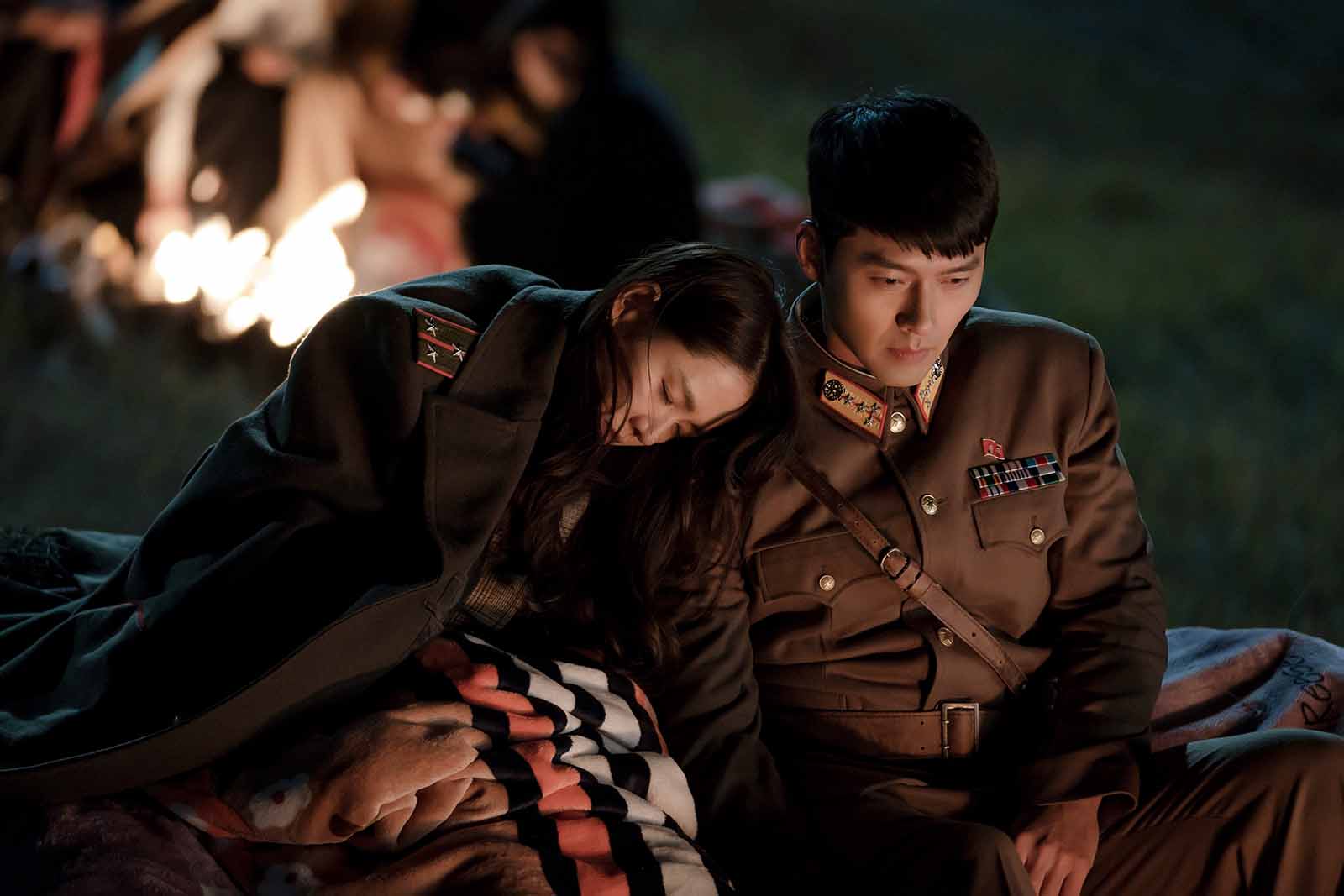 Crash Landing on You (also translated as Love’s Emergency Landing) is an adorable drama about a South Korean woman who accidentally crashlands in North Korea – falling right into the arms of a North Korean Police Force captain. And (spoilers) despite the bitter divide between their countries, they fall deeply in love.

South Korean Chaebol heiress Yoon Se-ri (Son Ye-jin) sets off on a recreational paragliding ride, she gets knocked off course by a sudden tornado – sending her falling into the arms of Ri Jeong-hyeok (Hyun Bin), North Korean Special Police Force captain. Yoon Se-ri & Ri Jeong-hyeok are the sweetest Romeo & Juliet couple there could be. That’s why they’re one of our favorite OTPs ever.

Who are your favorite K-drama couples? Let us know in the comments below.