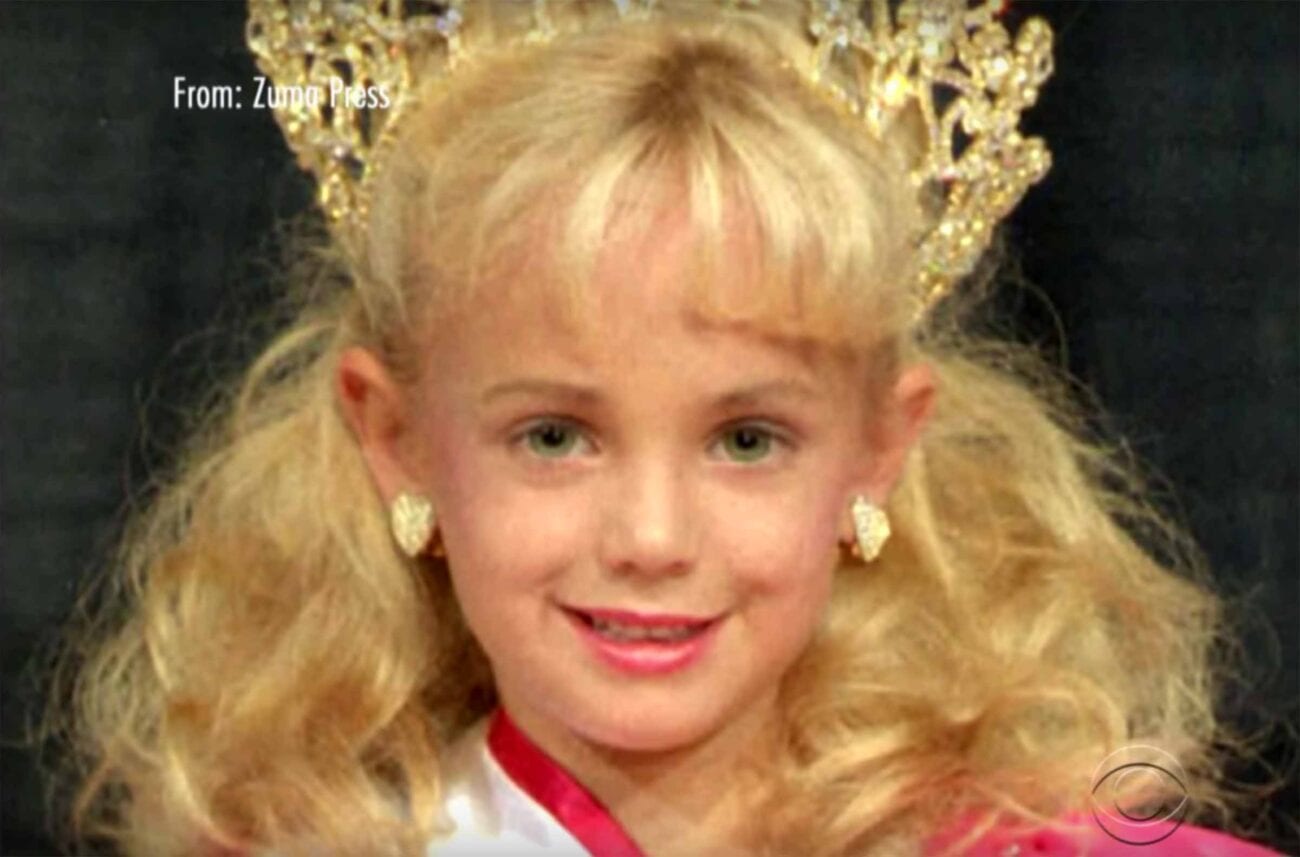 Who killed JonBenet Ramsey? All the most promising leads

JonBenét Ramsey is possibly the most famous unsolved child murder of the 90s – perhaps even the entire twentieth centruy. Ramsey was a beauty pageant winner. At only six years of age she had won five different pageants. She was cute and she was talented.

However, on December 26th of 1996, the little girl was found dead in the basement of the home she lived in with her parents. Since then fingers have been pointed in many directions, but no one has ever been formally indicted. Police and FBI have never given up the search for answers though. 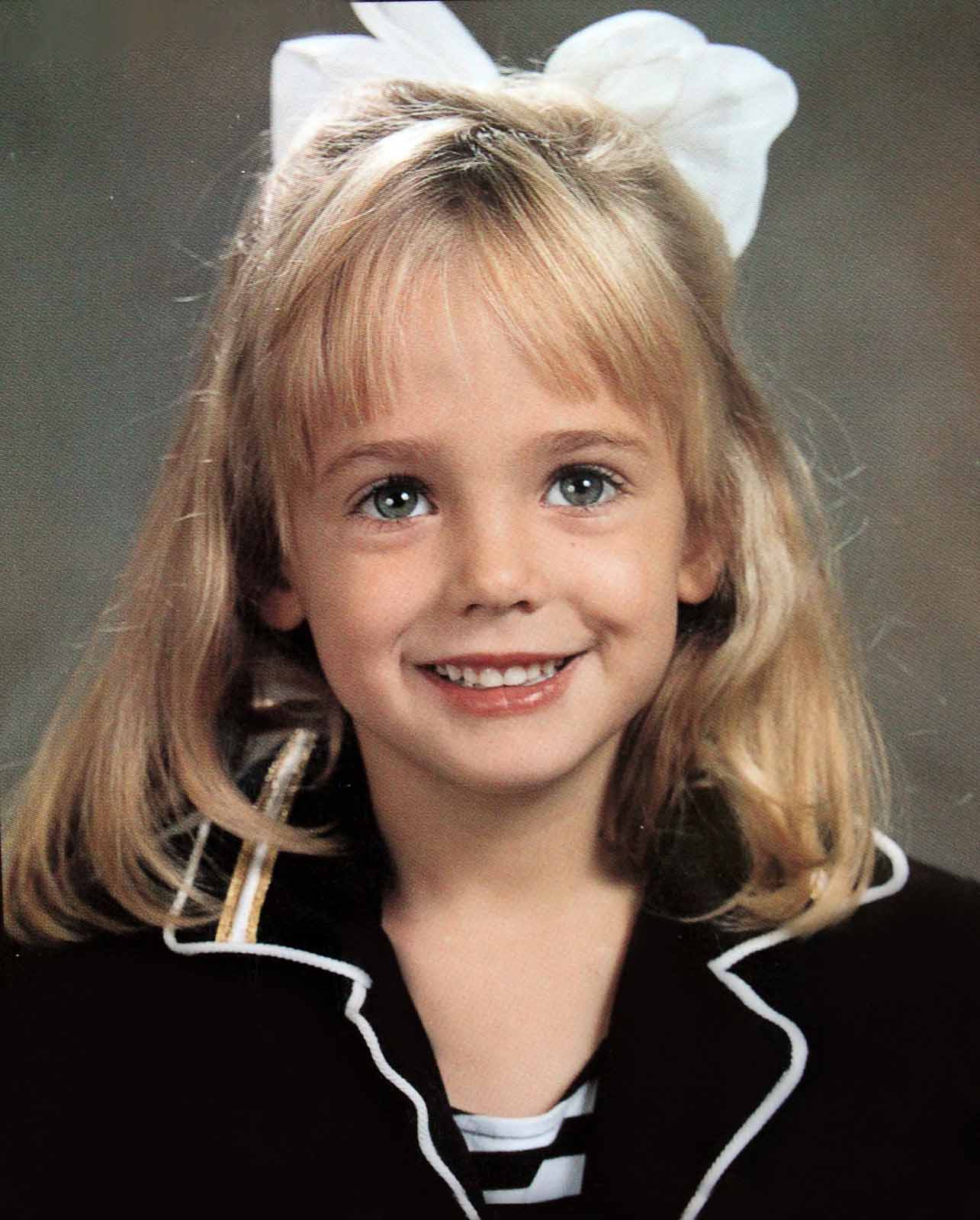 Patsy Ramsey, JonBenét’s mother, called police frantically on the fateful December day. Not to announce a murder, but a kidnapping. Patsy had found a ransom letter demanding $118,000 for the return of the pageant winning daughter.

The amount was notable because it was the exact amount JonBenét’s father (John) had been given as an end of the year bonus. This led investigators to believe whoever had taken the girl knew the family. 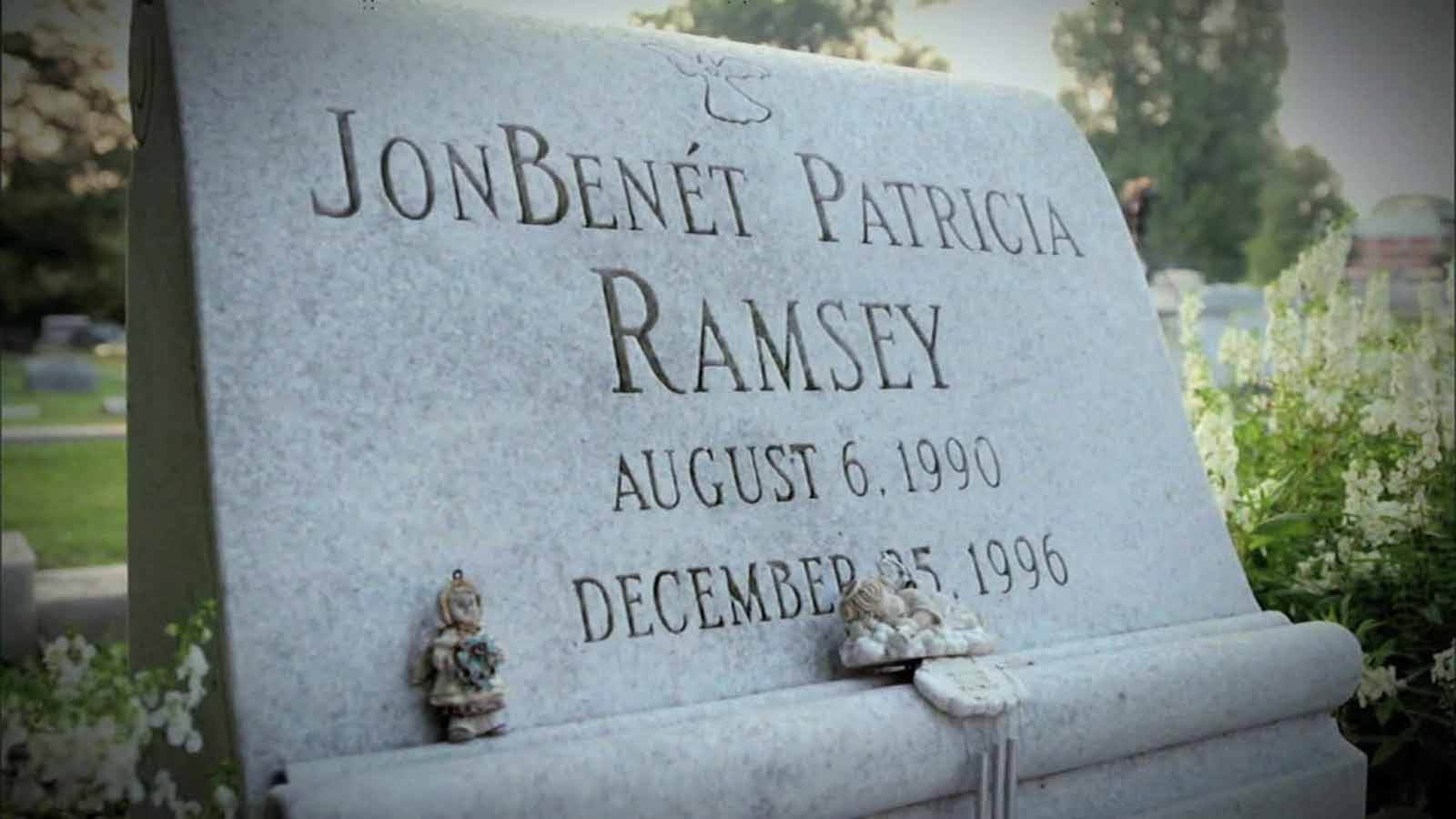 However, not long into the search for answers to the kidnapping, JonBenét’s father and police were walking through the house looking for signs of something amiss when they discovered the dead little girl.

Police say John then picked up his daughter and carried her away from the basement, thus destroying the crime scene and likely a lot of evidence. Some people wonder whether this was an intentional act.

Autopsy results later revealed JonBenét had been killed from strangulation and a skull fracture. 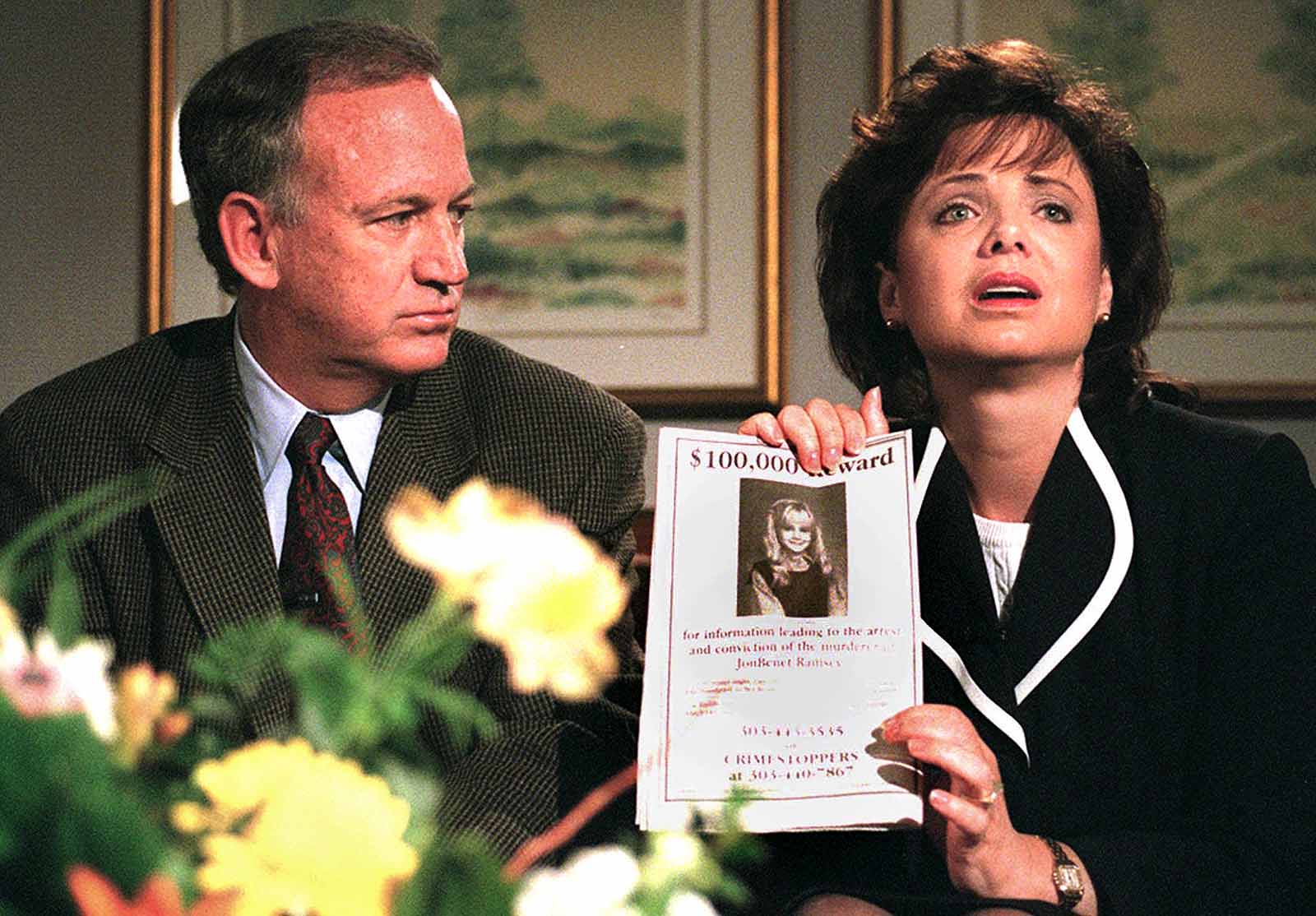 There are a number of reasons to suspect the parents were involved. The first, is the strangely specific ransom note requesting an amount of money they could very easily provide.

The second peculiar piece of evidence is the contaminated evidence. Why in the world would John have picked up his daughter and carried her away from the scene of the crime before investigators, who were already in the house, could inspect the scene? It could have been a deliberate act – afterall, this was the 1990s, not the 1890s, most people knew how crime investigation worked by then. 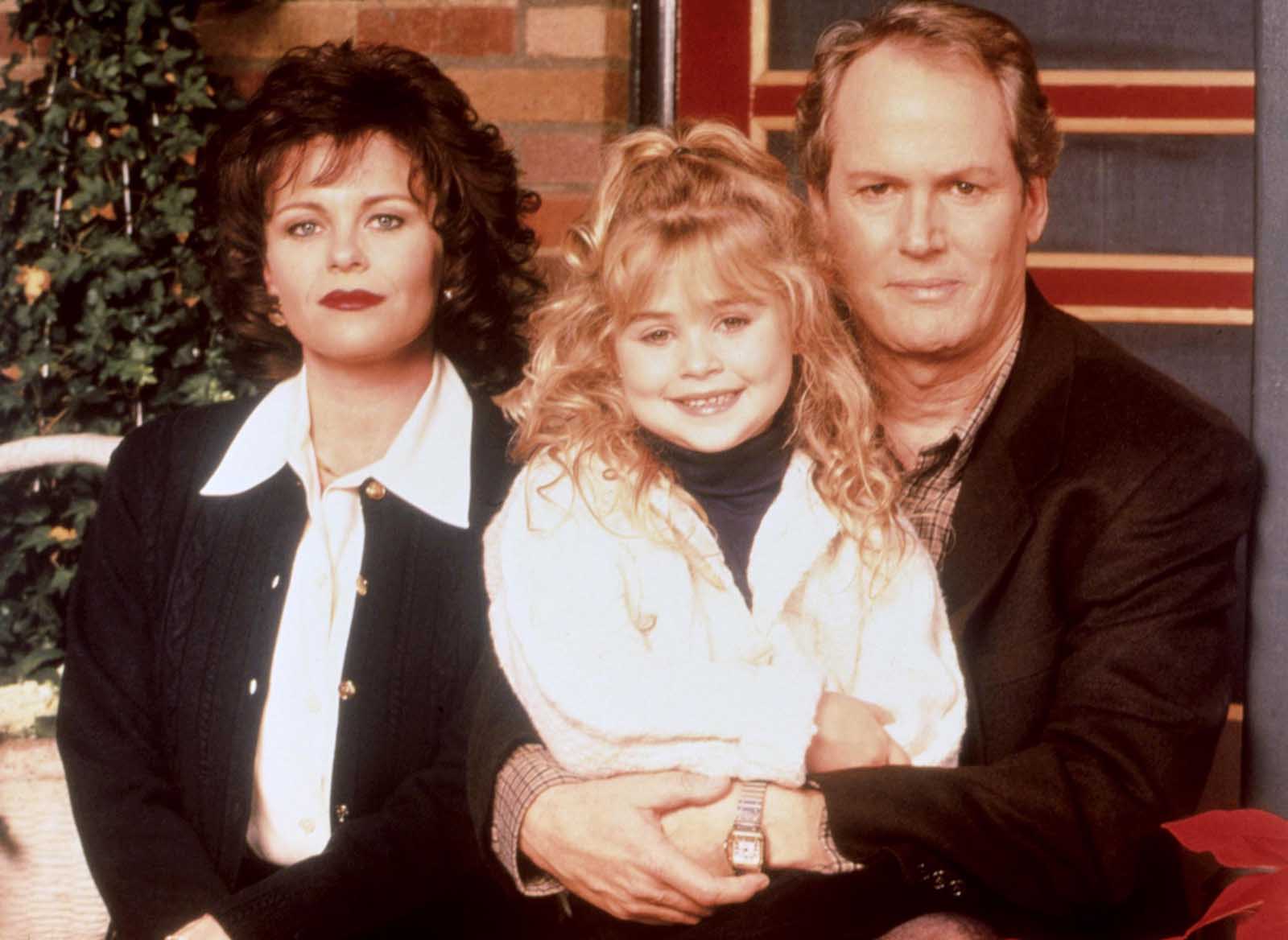 Thirdly, their daughter was found in the basement. It seems rather unlikely someone could have broken in, dragged the daughter into the basement, killed her, and snuck back out without anyone noticing.

Police remained suspicious of the parents for years, which also fuels outside speculation about the parents. In 1997, a year after the crime, police stated the parents were still being considered suspicious.

In 1998 Patsy and John Ramsey also refused to cooperate with detectives when they requested to do another interview with them. 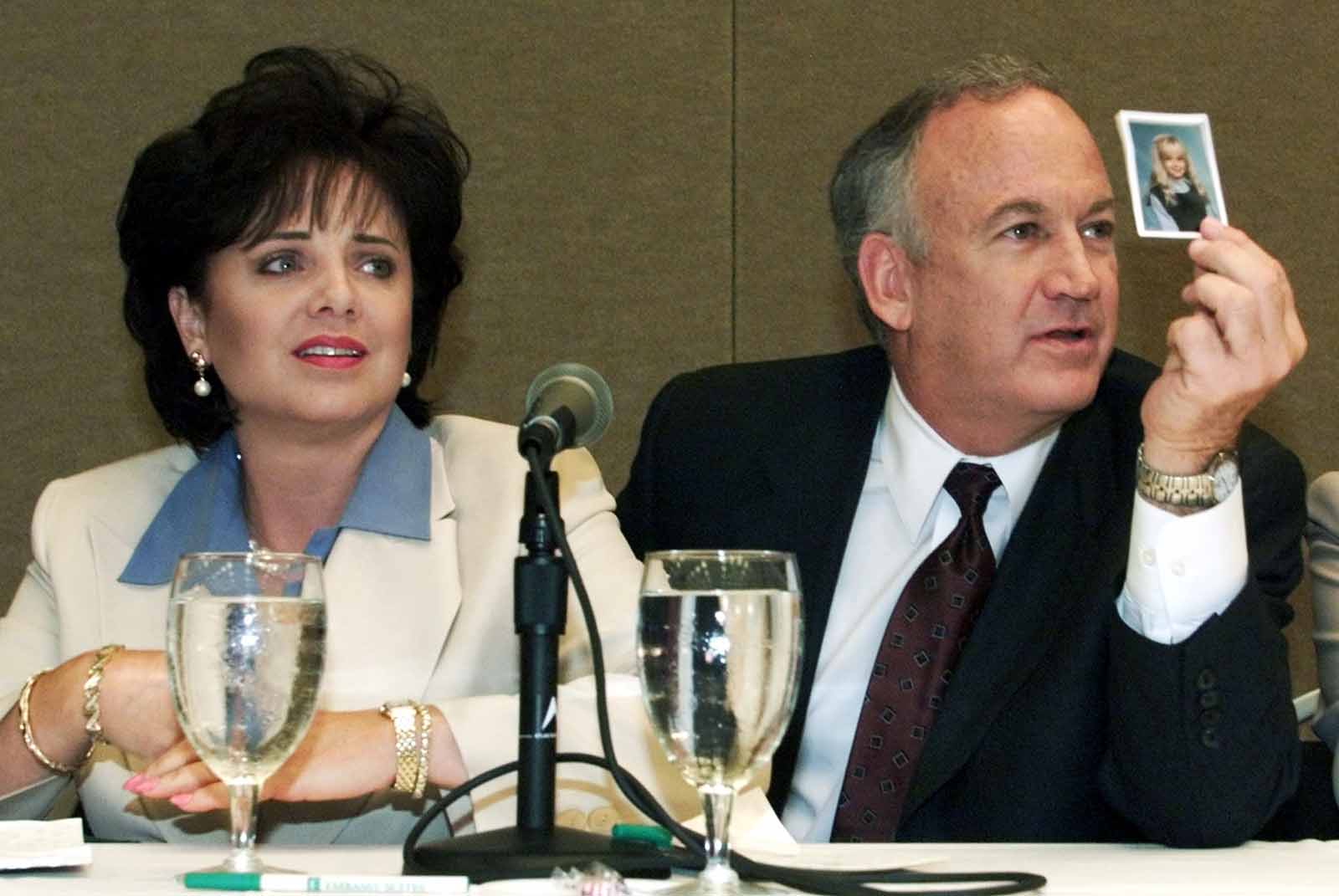 It wasn’t until 2008 the district attorney officially stated that nobody in the Ramsey family was guilty. She would go on to write an apology letter to John. (By this time Patsy had died of cancer.)

In 2013 the public was informed a grand jury in 1999 had voted to indict JonBenét’s parents, but investigators hadn’t for fear of a lack of evidence. 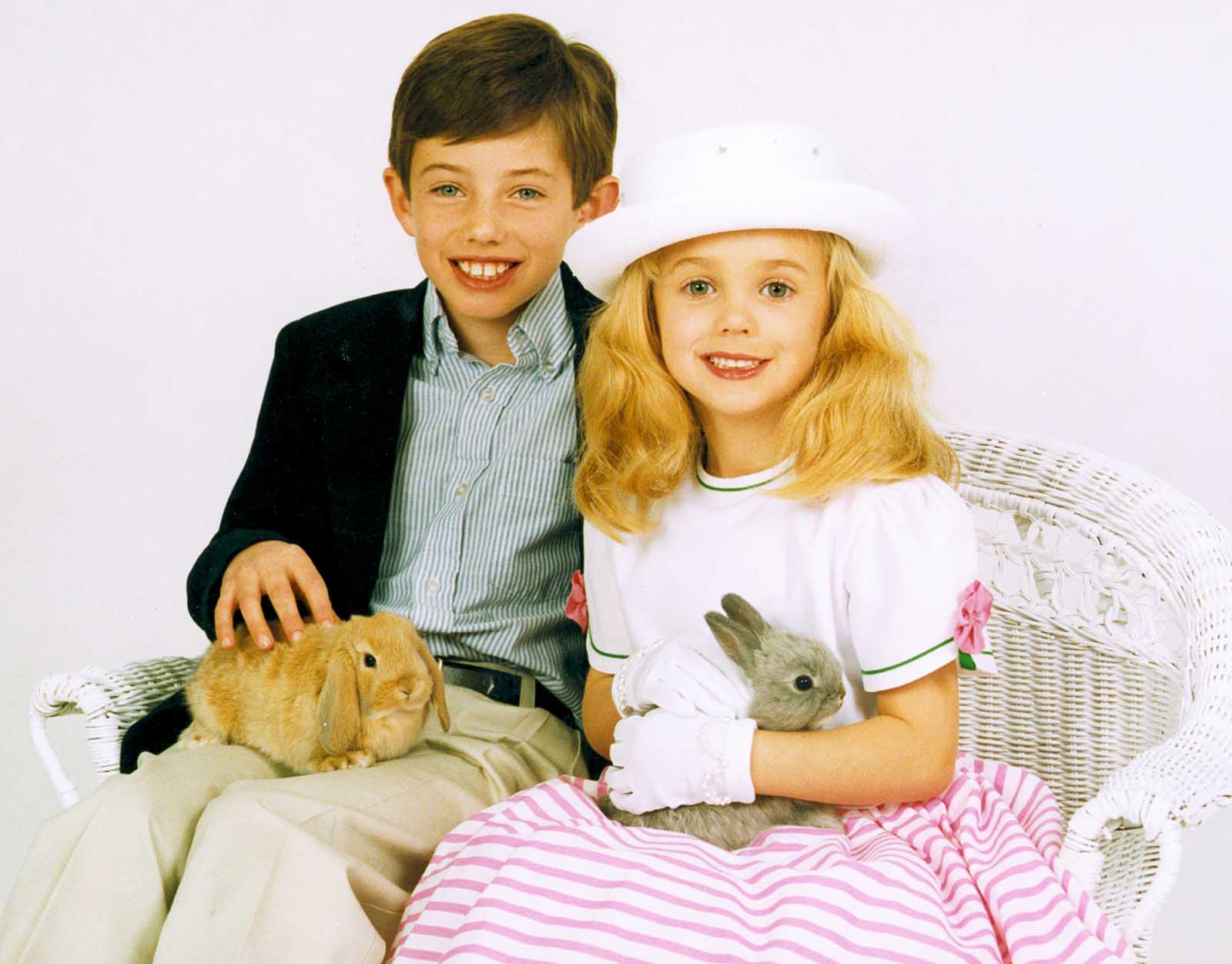 Burke Ramsey was nine years old when his sister, JonBenét, met her untimely fate. Police spoke with Burke multiple times throughout the investigation, and never once considered him as a suspect.

It wasn’t until 2016, when a two-part CBS docu-series was aired that Burke became a suspect for the public. Burke filed a defamation lawsuit shortly after the airing of the CBS special, but in 2019 the issue was settled out of court and the lawsuit was dismissed.

The documentary claims Burke had accidentally killed his sister in a fit of rage. Theories on why included he hadn’t wanted to share toys or she had begun eating his food. 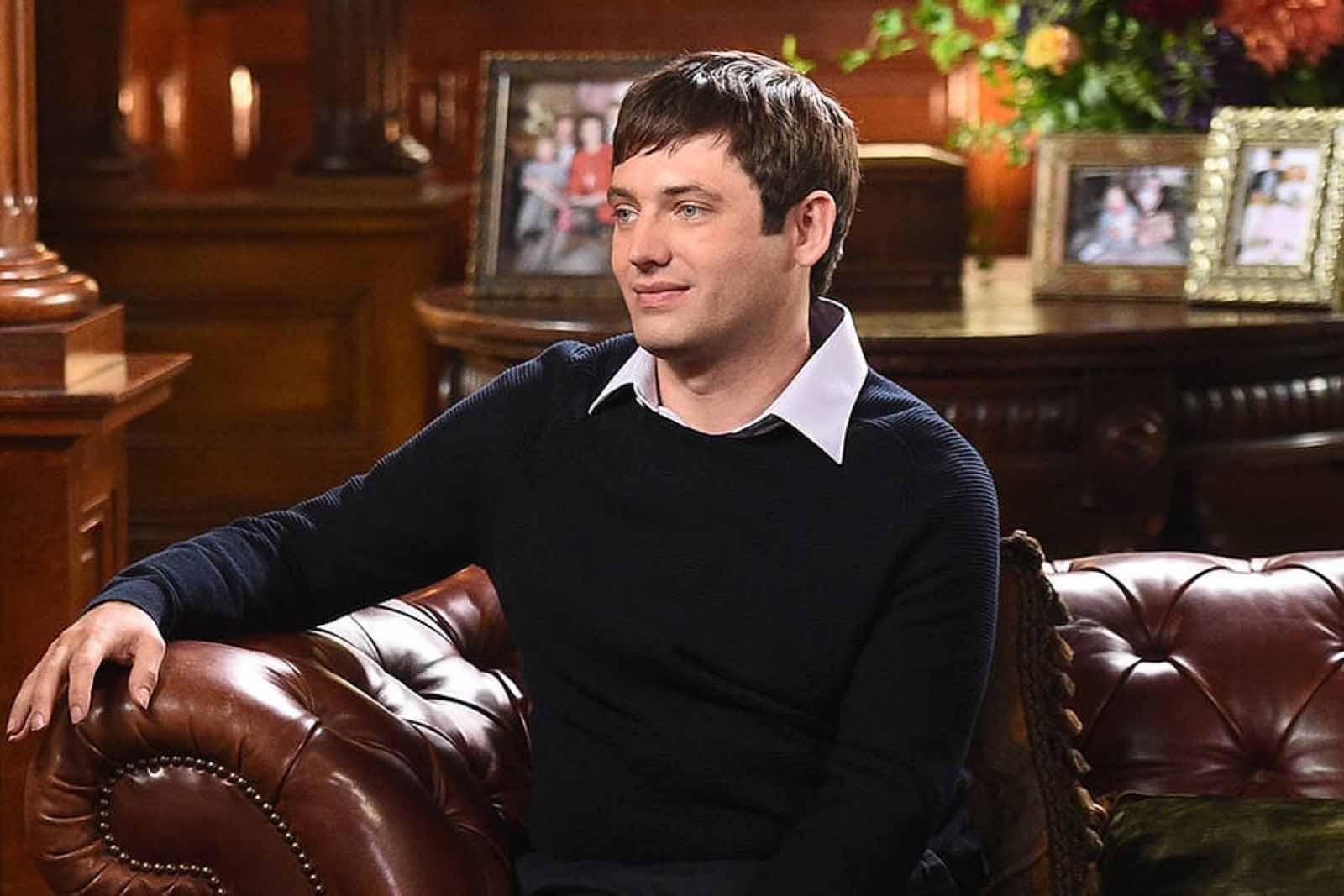 The food theory seems more likely because JonBenét’s autopsy had revealed pineapple in her stomach. Patsy and John had claimed they hadn’t fed her pineapple, but police had found a bowl of the fruit in the kitchen with Burke’s finger prints on it.

However, those who believe the toy theory point to the marks found on the girl’s back looking as if they could have come from a toy train track.

This theory includes the parents as accomplices to Burke’s crime. Presumably they would have wanted to protect their son from trouble, so they may have faked the kidnapping scenario in order to prevent authorities from realizing what had truly happened. 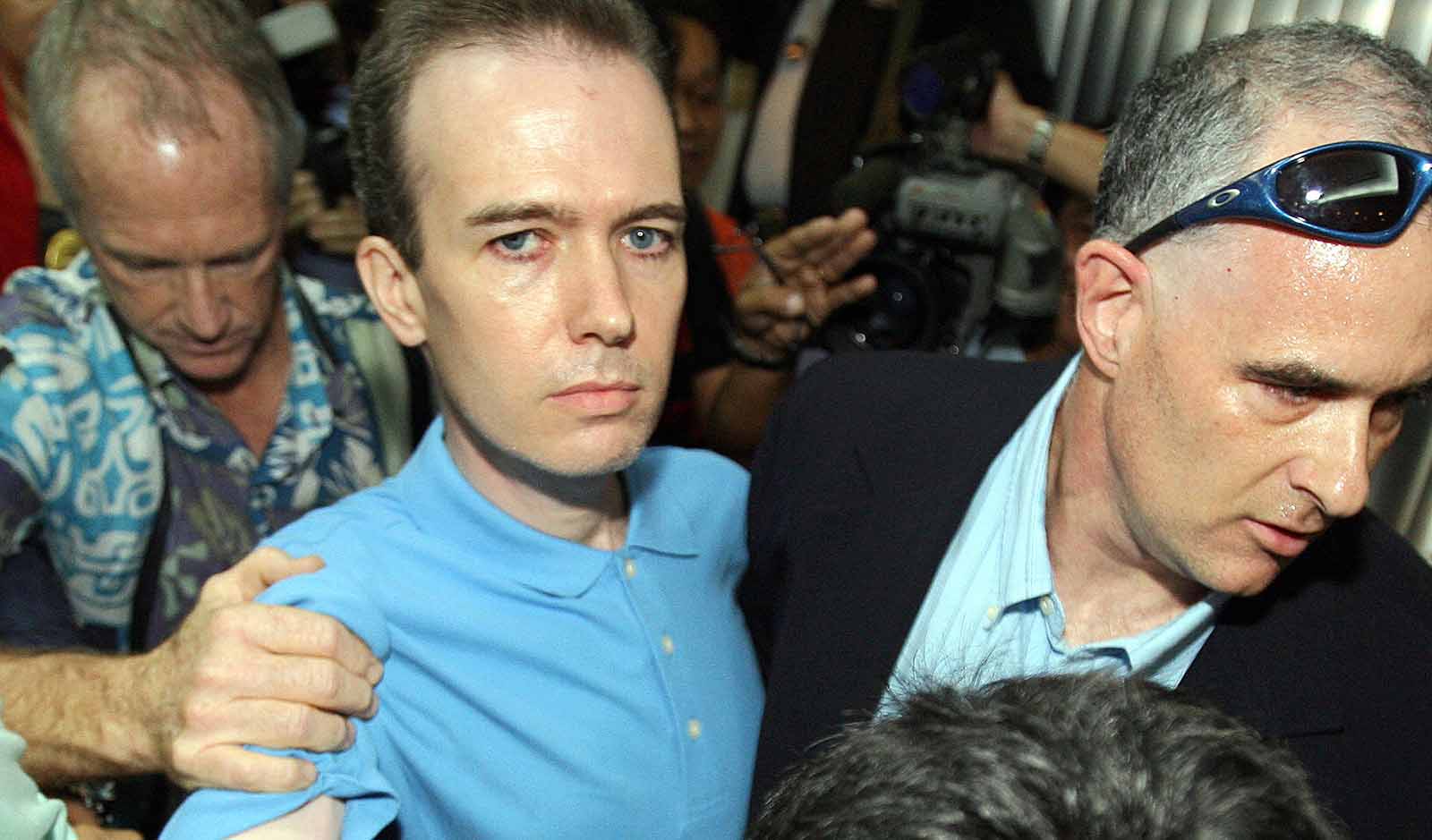 In 2006 a man named John Mark Karr was arrested for possibly being the perpetrator of JonBenét Ramsey’s killing. The DA wasn’t convinced he had done the crime, however Karr had fully admitted to it.

He had said, “I loved JonBenét, and she died accidentally.” He went on to confess to drugging the six-year-old girl before sexaully assaulting her. Afterwards, Karr says she died, but insisted it wasn’t on purpose. 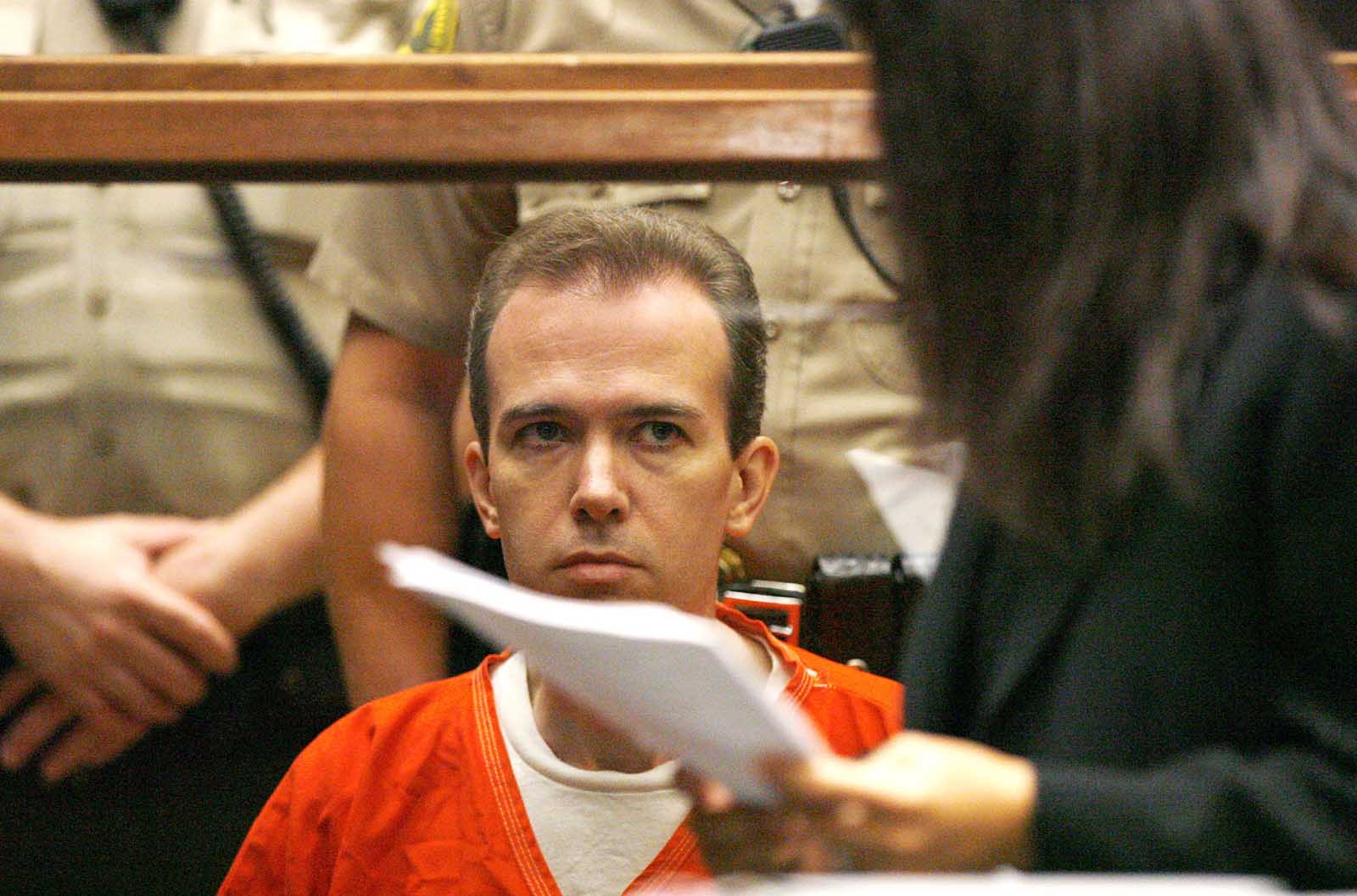 Police released him after finding no evidence connecting Karr to the murder.

DNA of a person unrelated to the Ramsey family had been found on JonBenét’s underwear, but did not match Karr’s. Those who believe it was the family will point to the fact the window an intruder supposedly slipped through, was completely undisturbed and still dusty.

To this day not a single person has been indicted for the crime of JonBenét Ramsey’s death. Those who have worked the cold case have claimed this is all due to lack of evidence, but that seems to satisfy very few people. The longer the investigation drags on, the less likely it is anyone will find enough evidence to get the truth. 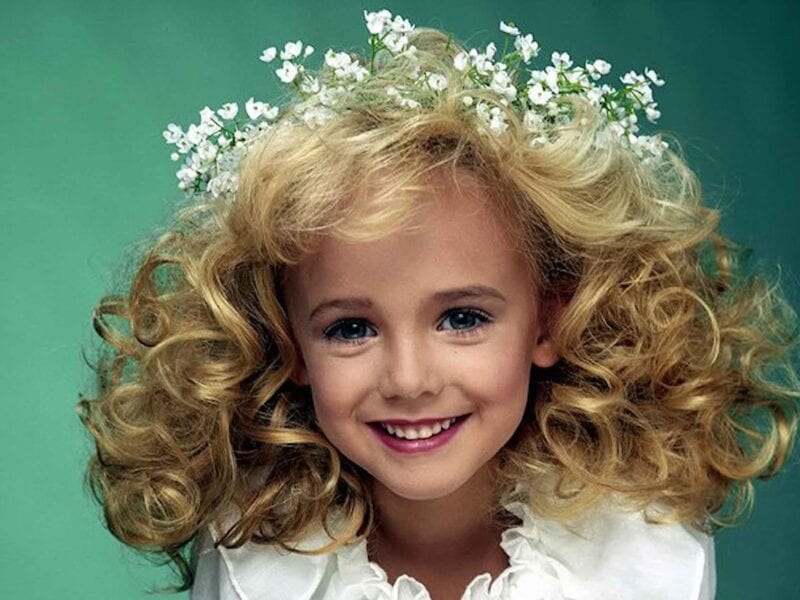 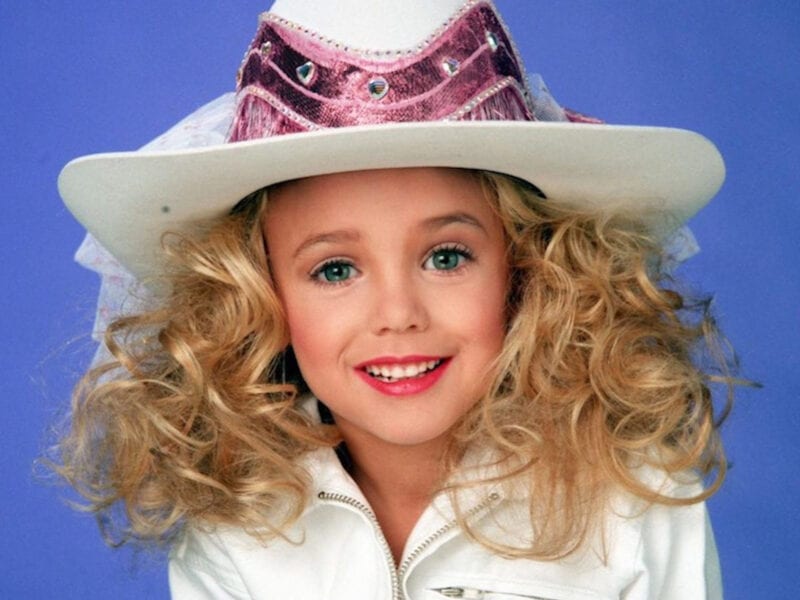 JonBenét Ramsey: Investigate her disappearance with these documentaries 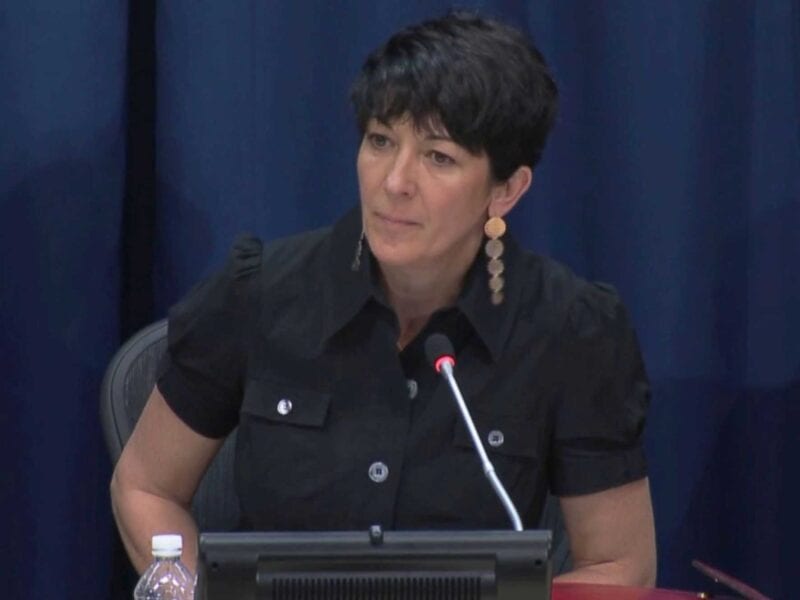