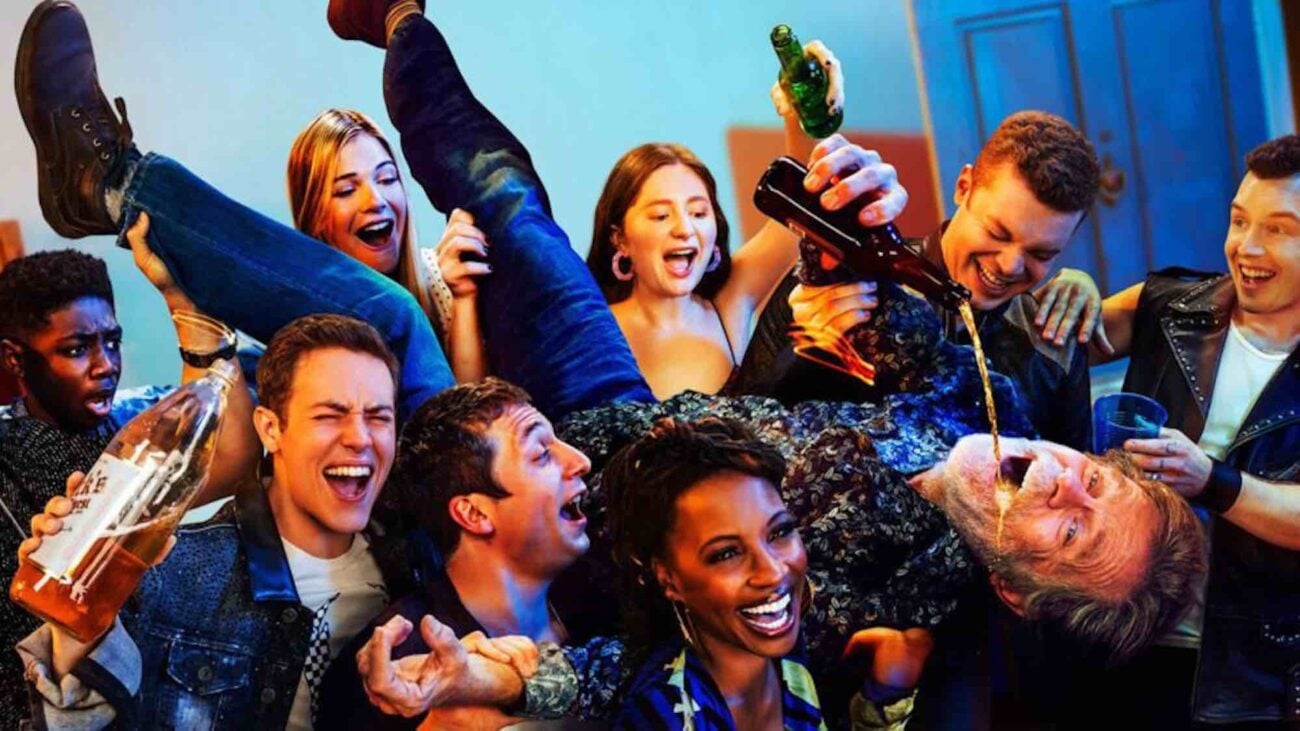 The eleventh & final season of Showtime’s American version of Shameless was added to Netflix recently. After a 134-episode run, many fans are having a retrospective on the show’s many iconic moments & characters. From Frank Gallagher’s antics to The Alibi bar, Shameless has given us viewers memories we’ll never forget.

Yet perhaps the most indelible aspect of Shameless is its on-screen relationships. The show’s fictional couples have provided plenty of laughs, tears, and romantic moments for fans to hold on to. However, there is much debate amongst Shameless fans as to who the best couple on the show is. Let’s dive in to figure it out. 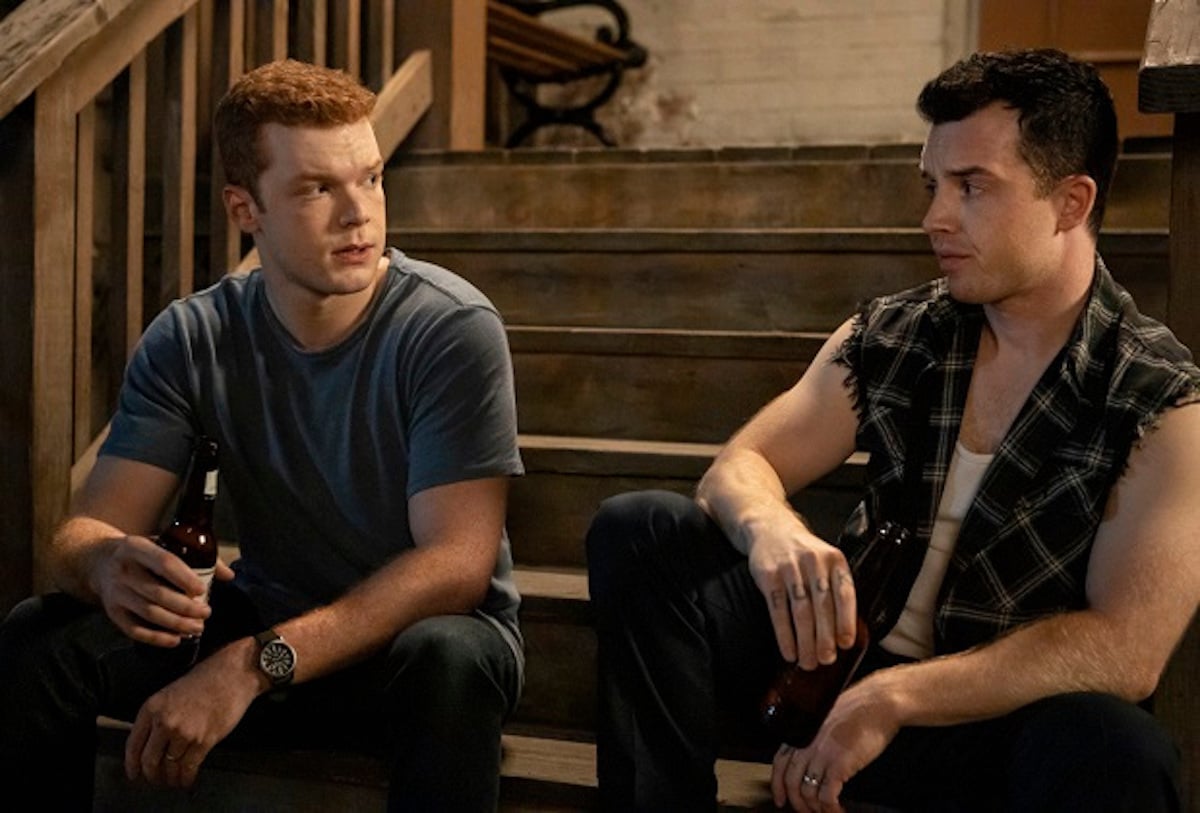 Perhaps the most popular relationship amongst fans, Ian (Cameron Monaghan) & Mickey (Noel Fisher) have an unexpected start to their romance. Even though Ian & Mickey hook-up early in the show, their relationship takes a while to develop. Ian & Mickey were initially connected through Mandy Milkovich (Emma Greenwell), Mickey’s sister who’s friends with Ian.

Ian & Mickey are an on-and-off-again couple for most of the duration of Shameless. Ian helps around the Milkovich house with Mickey, Svetlana (Isidora Goreshter), and their son Yevgeny. After Yevgeny’s baptism, Mickey comes out as gay in front of his friends & family. Mickey is also one of the first people to prompt Ian to deal with his bipolar disorder.

Mickey eventually goes to prison due to his criminal dealings. Ian gets into sexual activities with others, gets into trouble with his family, and finds God. After becoming a religiously dogmatic gay-rights activist, Ian goes to jail for vandalism. Ian & Mickey are reunited when they become cellmates in season nine. 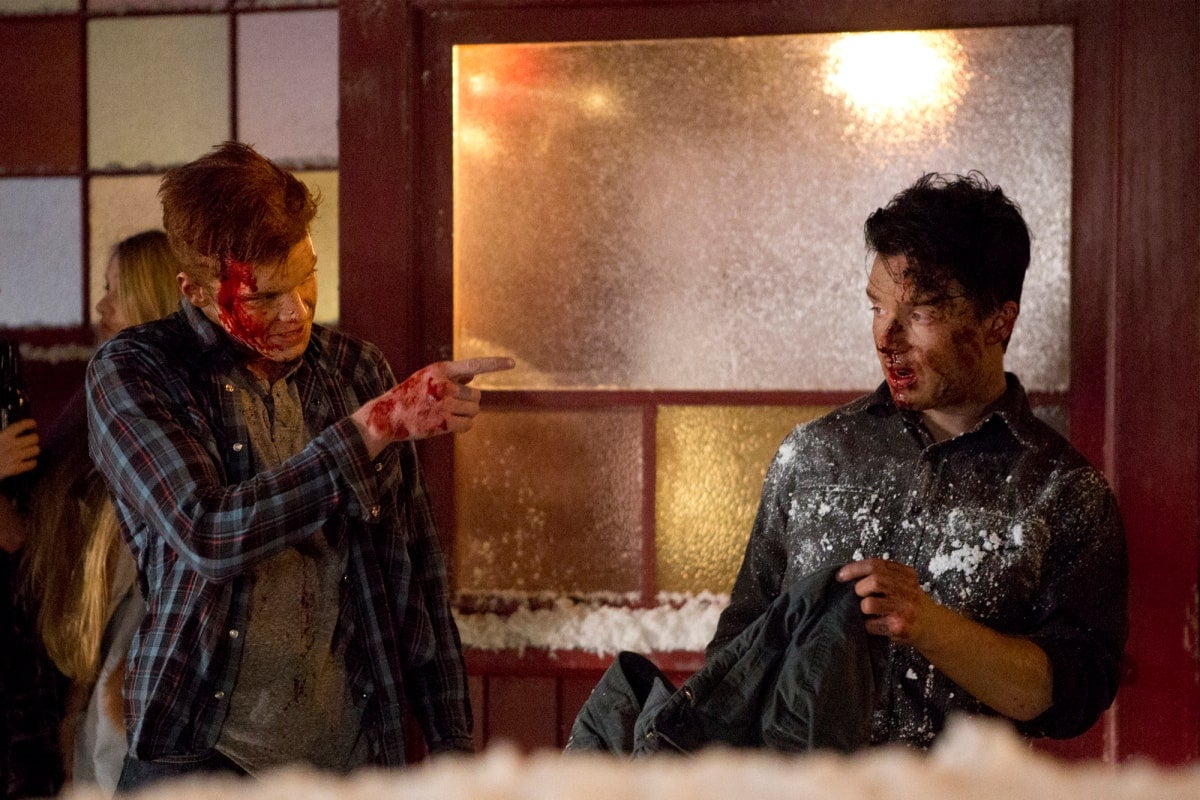 In season ten, Ian & Mickey get out of prison on parole. Ian has a hard time adjusting to civilian life, strengthening his relationship with Mickey, and dealing with his own issues. At the end of season ten of Shameless, Ian & Mickey get engaged, followed by a triumphant wedding. Their rocky relationship and eventual nuptials make them a fan-favorite couple. 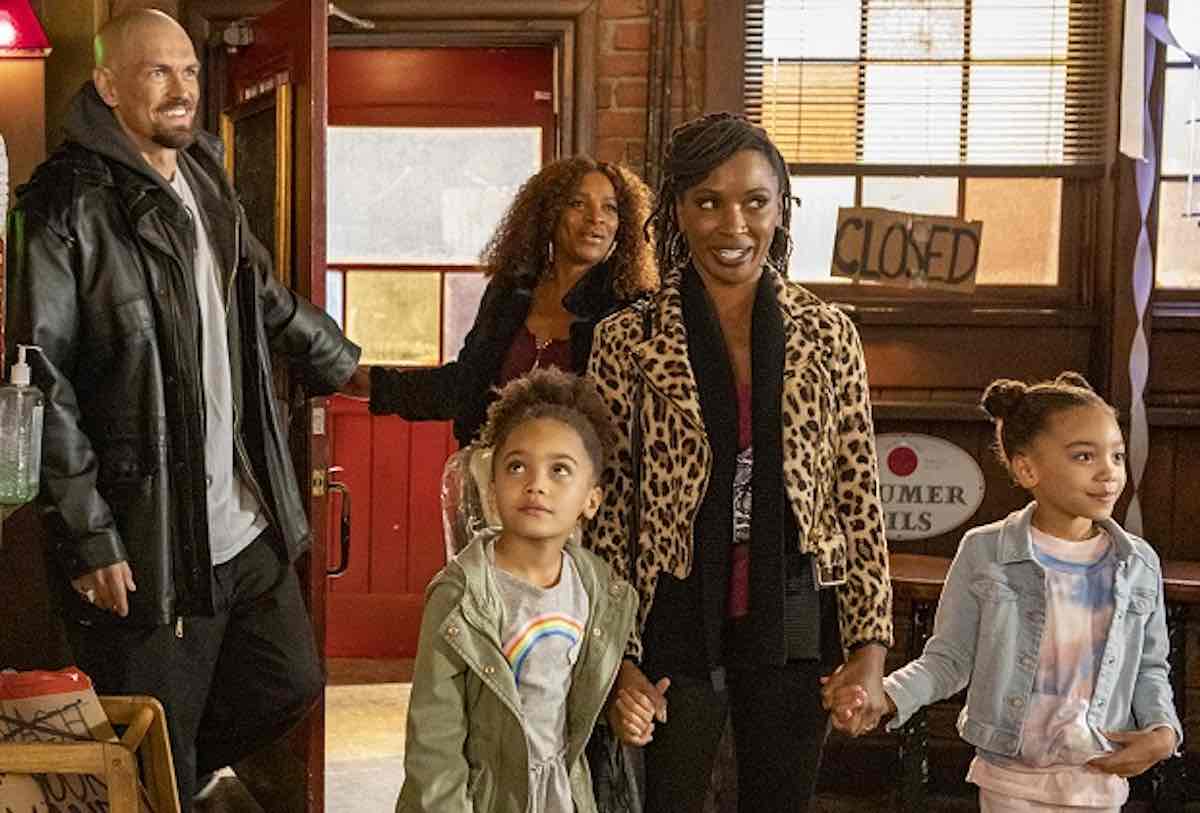 Often referred to simply as “Kev & V,” Kevin Ball (Steve Howey) & Veronica Fisher (Shanola Hampton) are contenders for the cutest couple on Shameless. The comical & romantic dynamics of their relationship are on display from season one of the series. In the fourth episode of season one, Kevin falsely tells a woman who’s coming onto him that he’s getting married.

Frank (William H. Macy) hears this, thinking Kevin’s actually telling the truth. Frank announces the news to Veronica’s mom, happy that her daughter is getting married. In order to avoid confusion, Kevin proposes to Veronica instead of telling the truth. However, Fiona (Emmy Rossum) eventually learns that Kevin already has a wife.

Kevin eventually divorces his previous wife, decides to stay with Veronica, and attempts to get V pregnant. After many attempts, Kev & V learn that Veronica may be infertile. They decide to donate Kevin’s sperm to Veronica’s mother so she can have a baby. What makes matters more complicated is when Veronica learns she’s pregnant with twins. 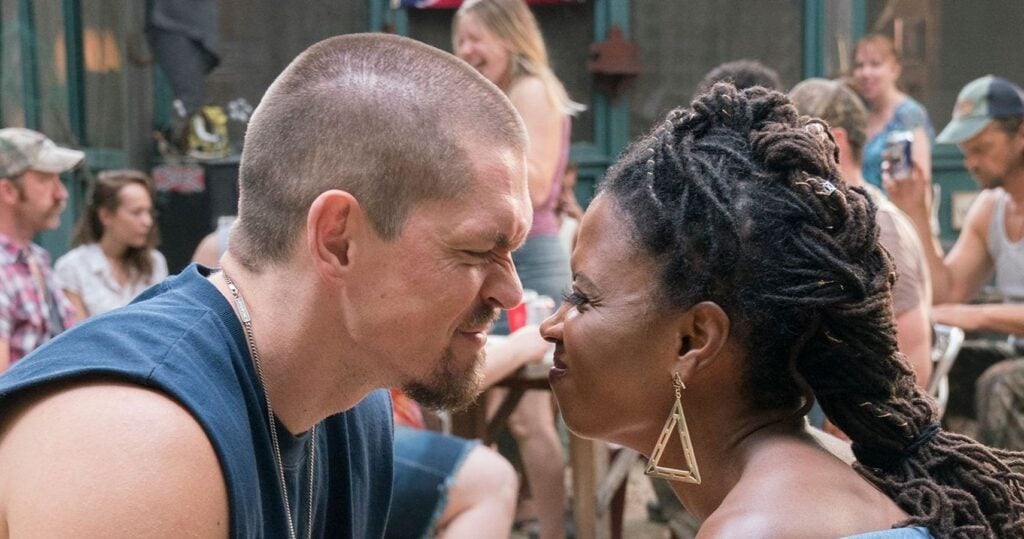 Kevin & Veronica do their best to parent their children. Kevin likes being a dad, yet Veronica misses her life before kids. The two eventually end up in a three-way relationship with Yevgeny’s mother, Svetlana. This seems to work for a while, yet drama eventually breaks the throuple apart. While Kev & V are certainly messy, they are a sweet story on Shameless. 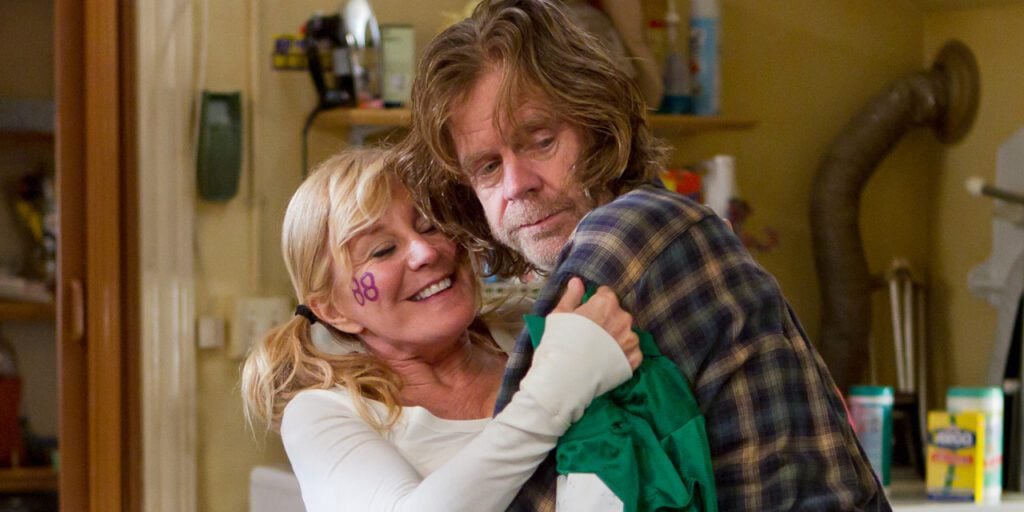 Though Frank & Monica (Chloe Webb) aren’t the most stable relationship on Shameless, they sure are iconic. The pair conceived the Gallagher children while on various kinds of drugs, though apparently, Ian is the son of Frank’s brother. Frank & Monica met at a concert, eloping after dating each other for two weeks. When you know, you know, right?

Frank dropped out of college to start a life with Monica, yet things went downhill from there. The two weren’t the best parents due to their substance abuse, infidelity, and general apathy. Before Shameless began Monica left Frank, making his problems only worse.

Monica appears several times throughout the show, first dating a woman, then eventually coming to live with the Gallagher family. Like Ian, Monica is bipolar. She is hospitalized for attempting suicide. When Debbie breaks her out of the psych ward, Monica runs off again with another patient. 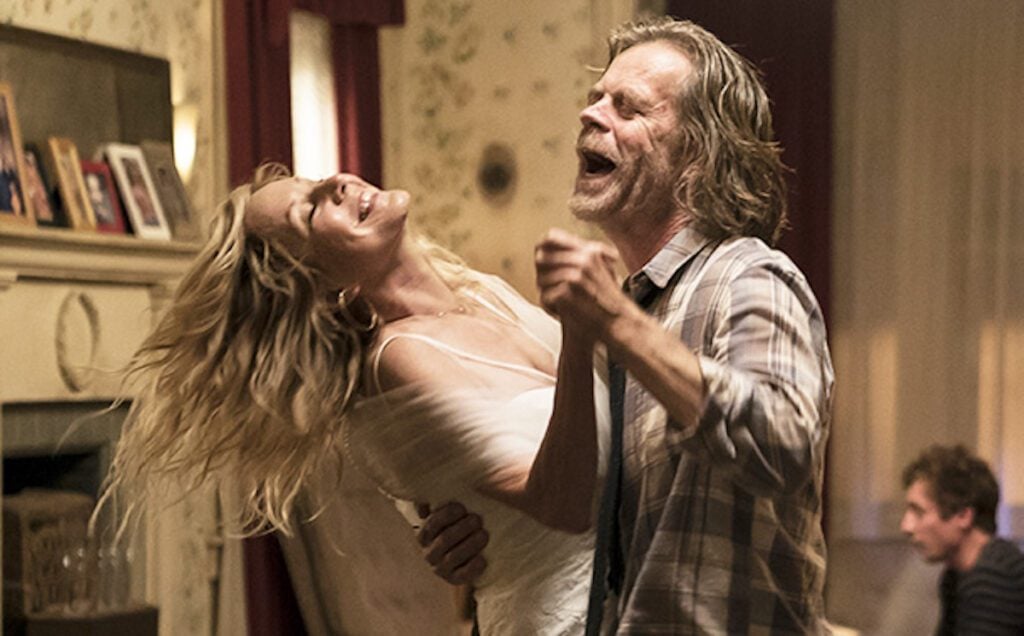 Monica returns again in season seven. Frank & Monica seem to rekindle their relationship, even talking of renewing their vows. They eventually do it, yet after the celebration, Monica dies of an aneurysm. Despite their rocky relationship, Frank truly loves Monica. He has a hard time moving on from her death. 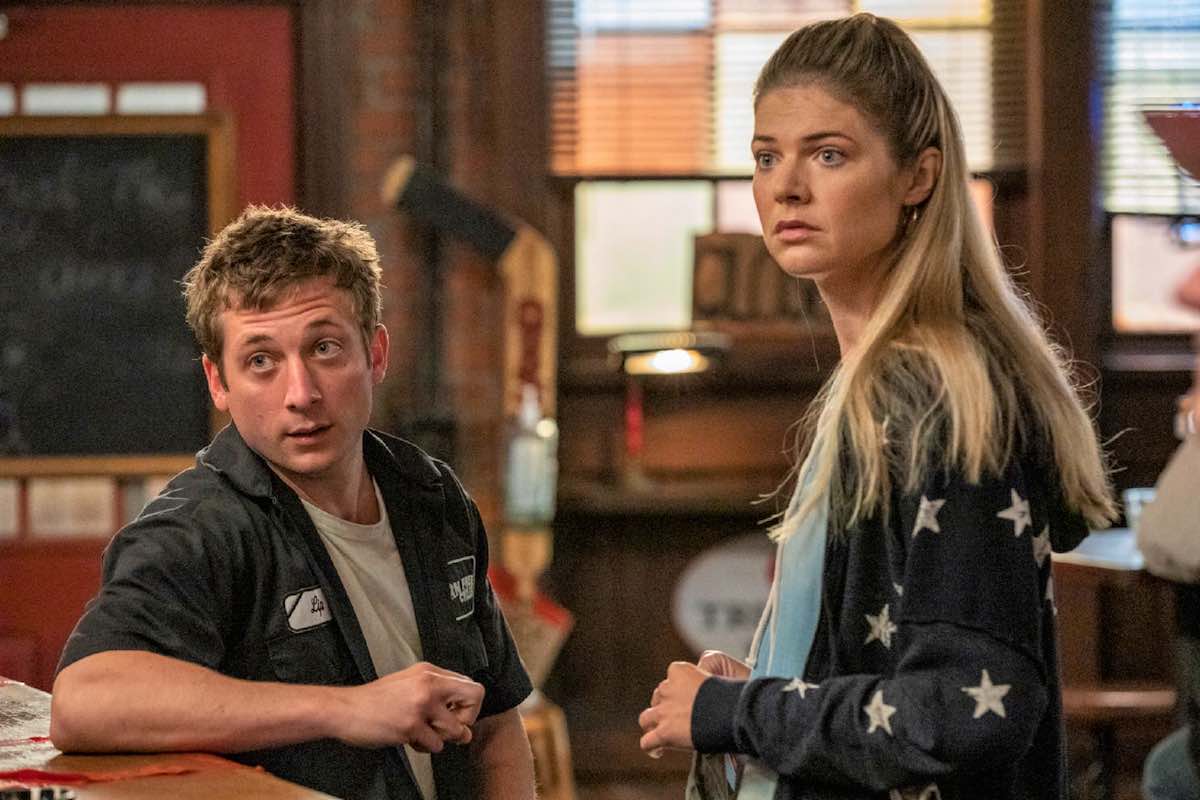 Perhaps the most surprising couple to emerge on Shameless, Lip (Jeremy Allen White) & Tami (Kate Miner) have made quite an impact in their short time together. Throughout the series, Lip has his fair share of sexual partners. Yet from season one, he has shown fatherly instinct. When Lip really has feelings for someone, he wears his heart on his sleeve.

Lip & Tami’s relationship starts off as a hook-up at a wedding, where Tami pukes on Lip. She ends up calling him “Jabby,” yet Lip decides to pursue the relationship further. Tami & Lip eventually end up together despite a rocky start. Lip gets a chance to be a father when Tami gets pregnant with their unexpected son, Freddie.

Throughout the eleven seasons of Shameless, there have been plenty of wacky relationships to hang our hats on. If you want to see what happens to the Gallagher family & company, watch the last season on Netflix now. Who’s your favorite couple on Shameless? Let us know in the comments! 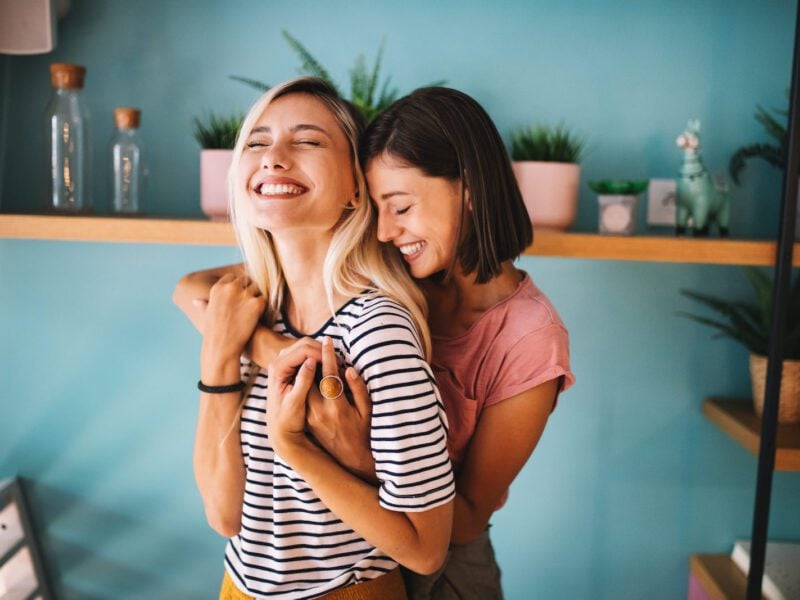