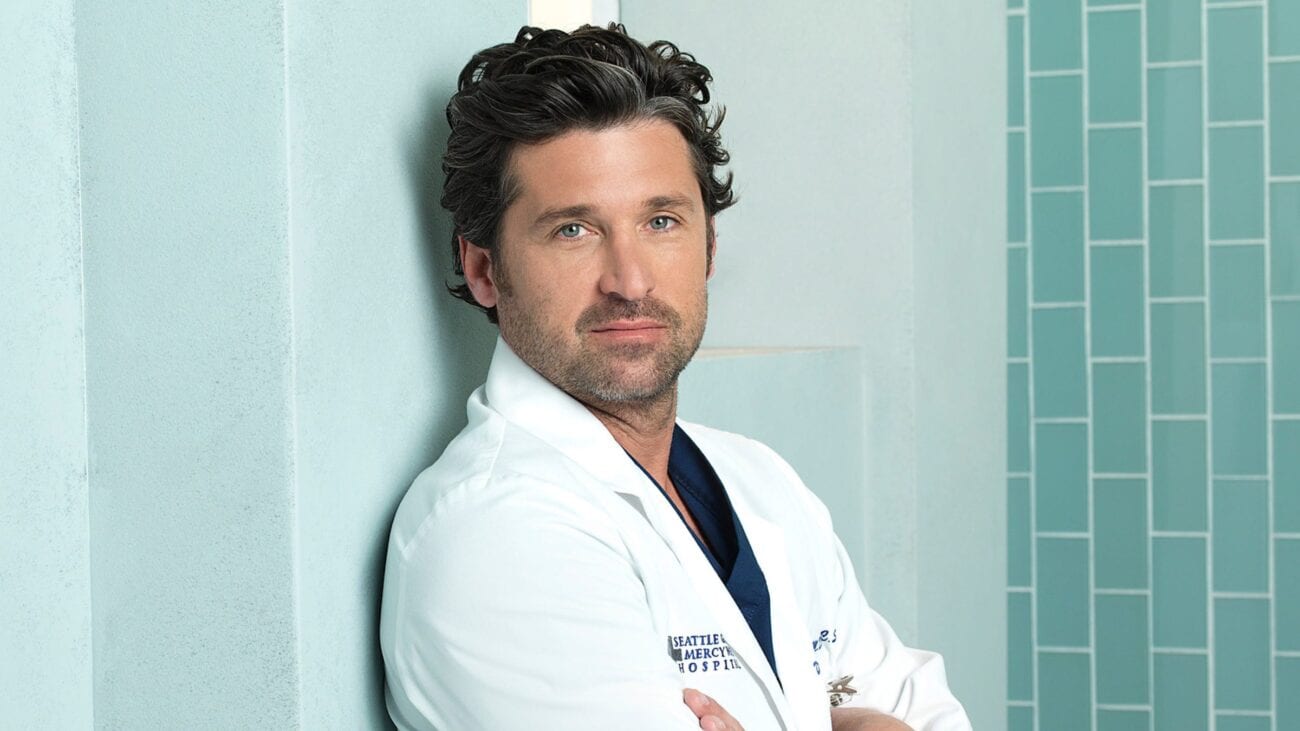 ‘Grey’s Anatomy’: The best McDreamy scenes from all 17 seasons

When it comes to TV obsessions, you can’t get much hotter than Grey’s Anatomy’s Doctor Derek Shepherd (Patrick Dempsey), who is literally nicknamed “McDreamy” because of his . . . well . . . dreaminess. Derek easily makes some of the best scenes in all of Grey’s 16, (and counting), seasons. Which McDreamy moments are the best of the best? Let’s take a look. (Spoilers ahead!)

In the very first episode of Grey’s Anatomy, the show’s protagonist, Meredith (Ellen Pompeo), wakes up next to a naked dude after a one-night stand. He’s handsome, and he’s super into her. Oh, and he’s her boss at her brand new job. What better moment to kick us off than the scene that introduced us to this iconic couple?

Pick me, Choose me, Love me

Next, we have the moment that pretty much shattered all of our hearts. Meredith confesses her true feelings to Derek in the midst of a love triangle she’s caught between. McDreamy has to choose between Meredith and his wife, Addison. Yikes! Meredith declares her love to Derek in this iconic speech, and he stares back with those caring, loveable eyes.

At the end of season 4, Meredith & Derek plan on building a house together, and Meredith builds the floor plan out of candles in a romantic gesture. When Derek shows up, they share a passionate kiss. There’s one problem, though: Derek is dating a nurse named Rose. “I need to speak to Rose,” he says. “I want my conscience clear so I can do more than kiss you. Stay here. Don’t move. Wait for me.” We’re blushing!

One of the things we love about Meredith & Derek is their perfect little family. In this scene, Meredith tells her man she’s pregnant after they’d struggled to conceive. “We’re gonna have another baby,” he says, embracing her. Number one dad right here!

It’s no secret McDreamy’s a sucker for big, romantic gestures, and this one probably takes the cake. In this scene, Derek decorates an elevator for Meredith with scans of the first surgery they ever scrubbed in on together, scans of the surgery before their first kiss, and others. “I love you, Meredith Grey,” he says. “And I want to spend the rest of my life with you.” Swoon.

We’d be lying if we said one of our favorite parts of the Mer-Der relationship wasn’t their hot & heavy moments. In this scene, the two tragically break up, but then start kissing. I guess their bond is just too strong to break.

Let’s Have Another Baby

With all of its romance & steaminess, Grey’s Anatomy is famously rampant with scary & tragic moments. In one nail-biting scene, Meredith almost drowns, but like the hero he is, Derek rises out of the water with his beloved in his arms. He then performs CPR on her. We really feel his pain, and admire his heroism.

In this tear-jerking moment, Meredith cries to Derek in a supply closet because she doesn’t want her mother to die alone. Derek comforts & holds her, making us love how much he cares.

I’m in Love with you

Not many scenes in the show can top this romantic scene, where Derek surprises Meredith at her house before they get together officially. He tells her he’s in love with her, leaving Meredith understandably teary-eyed.

Whether you’re a sucker for those exciting, fast-paced scenes or the good-old-fashioned romantic tear-jerkers, there’s one thing for sure: there’s a McDreamy moment for everyone. What’s your favorite Grey’s Anatomy McDreamy scene? Let us know in the comments!