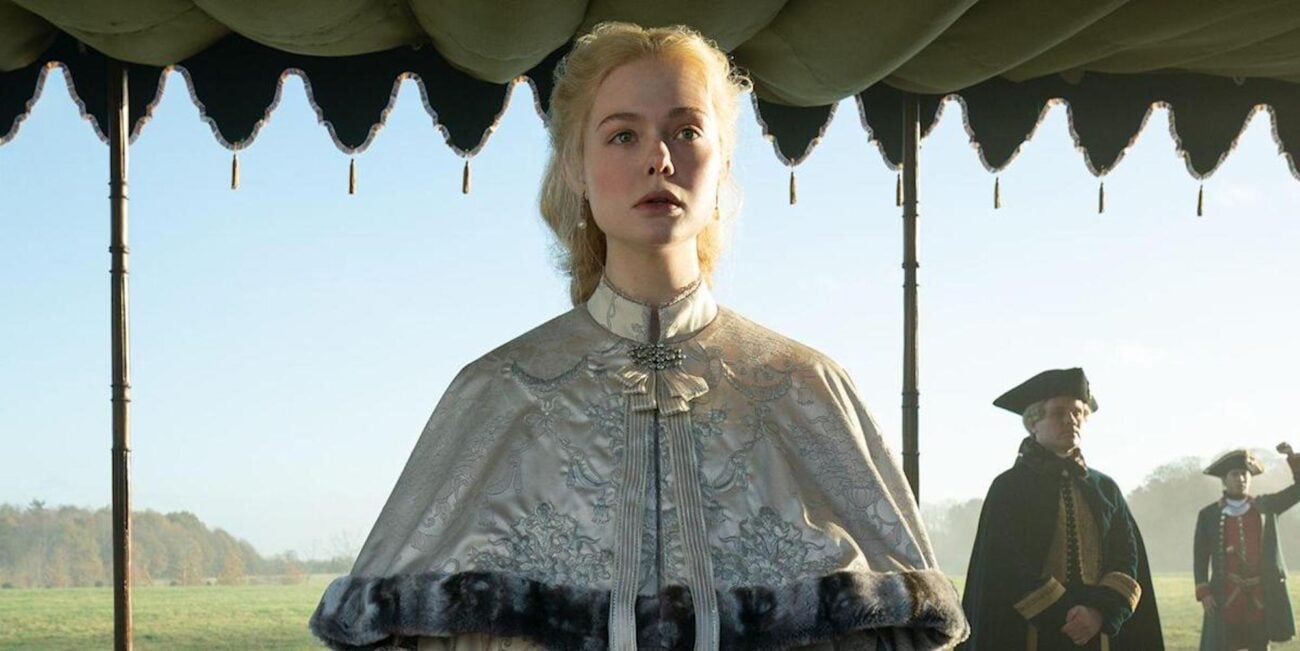 Will Catherine finally take the throne in ‘The Great’ season 2?

Love a good “anti” historical period dramedy? Then you really need to check out the excellent Hulu series, The Great. The series, if you don’t know your Russian history, follows the fictionalized rise of famed ruler Catherine the Great (Elle Fanning) in her early years of her marriage to Emperor Peter III (Nicholas Hoult). The main plot is to kill her depraved & dangerous husband.

When the series dropped in 2020, it proved to be quite the success. Honestly? We were a couple months into lockdown at that point. We were pretty starved for new content. On the plus side, however, The Great proved to be a truly—well—great series for audiences & critics delight. Fanning & Hoult, in particular, truly do excel in the series. They deserve all the awards.

Plus comedy series about historical figures? It’s always comedy gold when done well. Now, it probably won’t surprise you that The Great was renewed for season 2 over at Hulu. But what do we know about the newest season of the series? When will The Great season 2 drop? Well, we’re going to dive in to share the latest news on the upcoming season of The Great.

Season 1 of The Great followed Catherine’s marriage, realization that she’s married to an idiot, and subsequent plotting in order to seize the power of the empire for herself. Aided by her maid Marial (Phoebe Fox), General Velementov (Douglas Hodge), and adviser Orlo (Sacha Dhawan), Catherine plotted a coup of her immature new husband, Peter III.

Season 2 of The Great focuses on Catherine’s rise to power, but that doesn’t mean that plots & plans have stopped in the interim. Series creator Tony McNamara said to EW, “For Catherine, it was like that was the job, taking power, and she didn’t really focus on how she might use power or how hard it would be to exercise power, or what sort of country she’d be taking over.”

McNamara also added that Catherine will be met with a lot of opposition. He said, “I think that the court shifts and all the characters have to kind of change their game in the second season, to kind of work their way to some kind of position of having some power.” Ah the inner machinations of court life, not something that we would want to live through, tbh.

What else do we know about The Great season 2?

Catherine’s not the only one who is dealing with sudden shifts & changes thanks to her rise to power. Those closest to her such as Marial, Velementov, and Orlo are also having their own growing pains to get through in season 2 of the series. In fact, the court ends up completely rearranging itself with this new change in leadership, which definitely sounds juicy.

On top of all of that? Catherine is pregnant with her first child. McNamara said on that particular plot point, “We always said it’s sort of like a ticking bomb, because she feels like she’s safe from Peter while she’s pregnant and she’s safe from another coup attempt because she’s got the heir to the throne inside her, but she’s also becoming a mother for the first time.”

All 10 episodes of The Great season 2 will hit Hulu on November 19. Let us know if you’re excited in the comments!