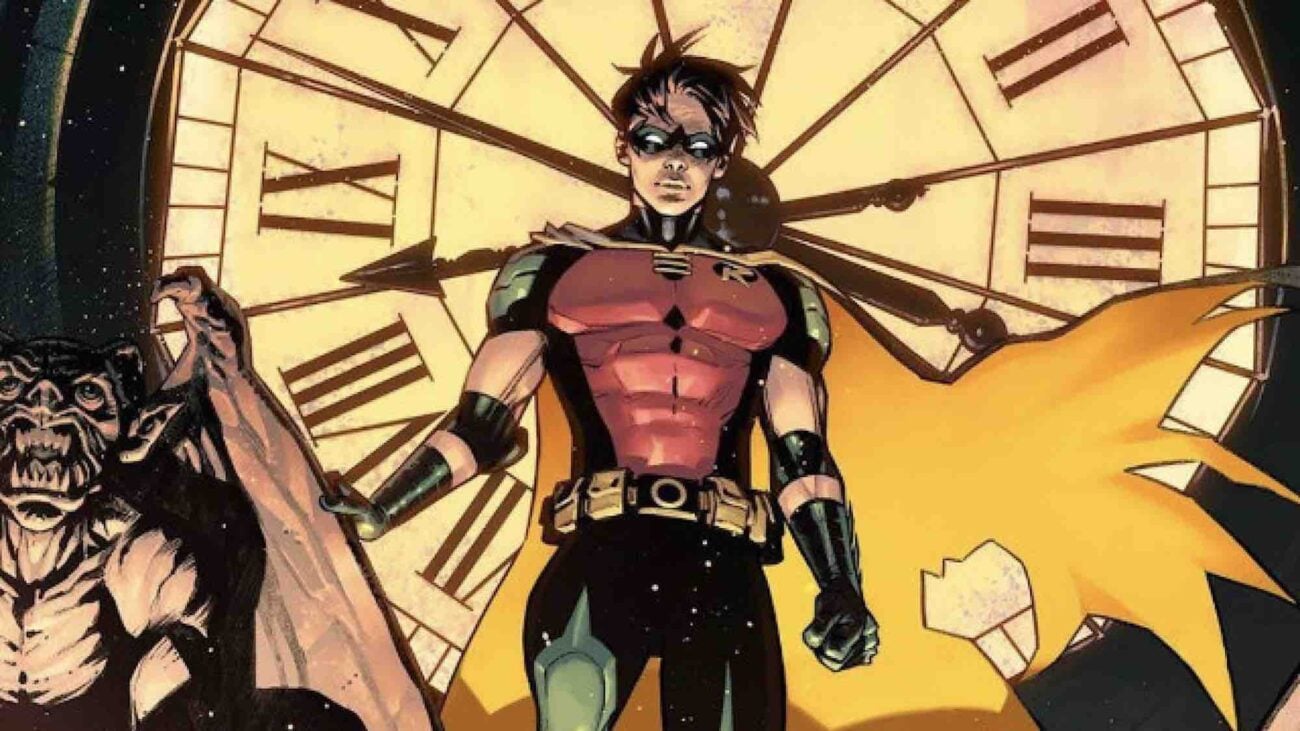 Get out the flags! Let out a cheer! The DC fandom is living their best version of their life. Why? Because Tim Drake, who is the third comic Robin, has come out as bisexual! Fans, who have been waiting for years, are crying with joy over the confirmation. And, yes, Tim Drake is bisexual, he dated Stephanie Brown and now he’s dating Bernard Dowd in the the anthology series Batman: Urban Legends.

It’s great news because, for so many people, Tim Drake is their Robin. Kid has been Robin for about 30 years (and is Robin again? Sharing the title with Damian Wayne? We don’t know, but sure. Why not). What we do know is that it’s canon now and we’re rubbing our grubby little hands all over Tim Drake, so no take backs DC! Seriously, there may be a riot if you try to.

With that being said, it’s time to look at the celebration yesterday over Tim being confirmed as part of the LGBTQ+ community! Break out the bi-pride flags, ya’ll!

Tim Drake finally coming out is so inspiring, DC never wanted a queer Robin but after years and years of campaigning from writers and fans it finally happened

A big thank you to Meghan Fitzmartin, Belén Ortega and Alejandro Sánchez for making this moment so beautiful ❤️ pic.twitter.com/xb5YugEYd9

Excellent, bring on the Batdad jokes

And the humor was real, af.

me defending tim drake against any future slander pic.twitter.com/MRDQVK0mdR

We love him so much.

So much good fanart!

Considering the relationship in comics? It’s how it probably would have gone.

Heck yeah, he is!

I just want to thank DC for making history today. DC has MANY bi well-known women (Harley, Catwoman, Wonder Woman) but the department of "bi men" has always been lacking. This is a huge step forward, I know it won't last long, but I'm glad we have it. Congratulations, Tim Drake. pic.twitter.com/HcNTqr7boc

One for the bi guys.

Tim Drake nation after being queebaited many times and now here we arepic.twitter.com/Fv2LfNZBMK

Take that TV! Score one for a comic

This has been a long time in coming. It’s like the opposite of what happened with Supernatural. God, a Robin is bisexual!

How we’re all feeling right now. No take backs, DC!

What do you think about Tim Drake being confirmed as bi? Who is your fave Robin? Or what about your fave DC comics featuring Tim? Let us know in the comments down below!