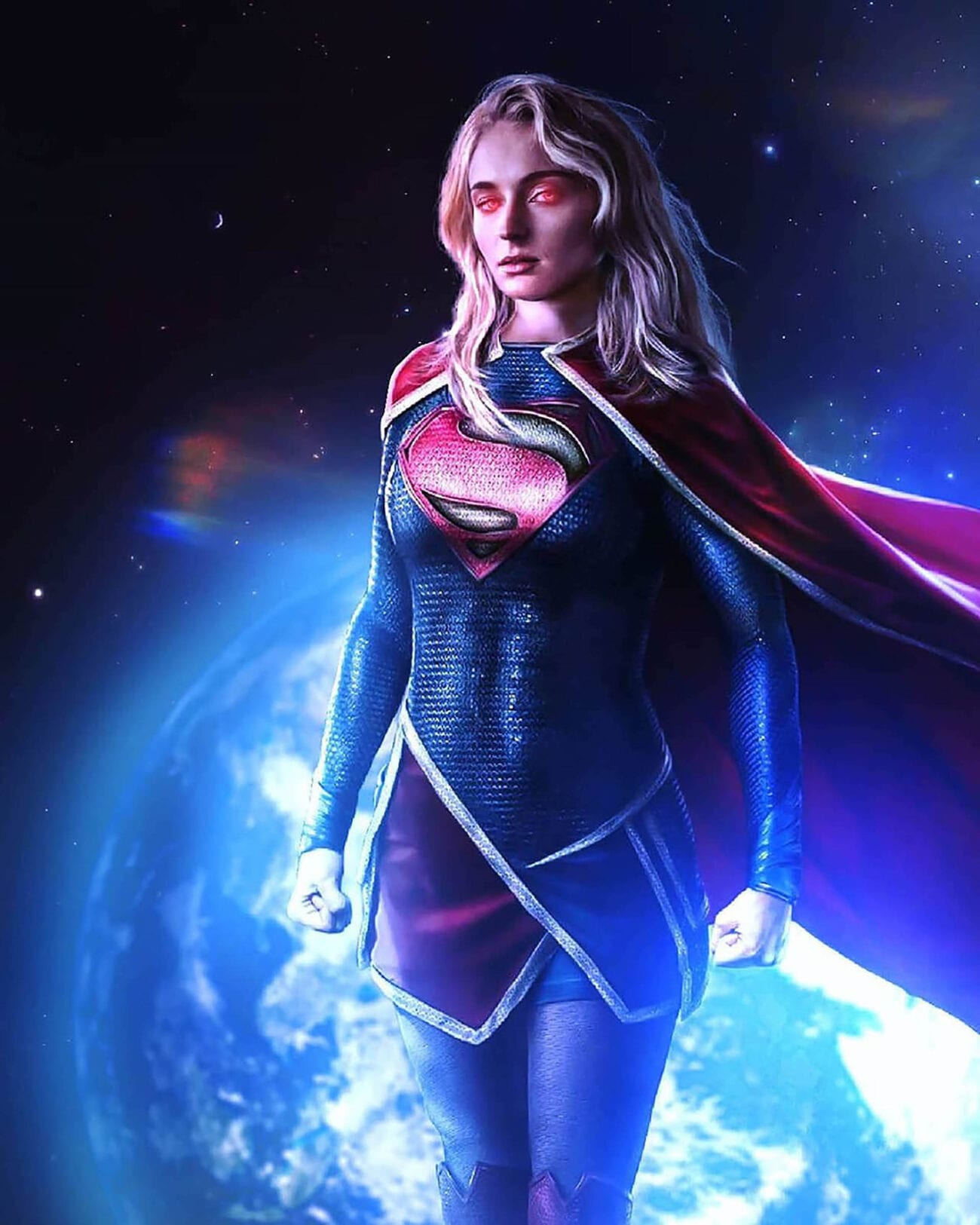 Will Sophie Turner play DC’s Stargirl? Here’s why we hope she won’t

The comic genre has conquered the film world, becoming the most powerful force in the world of tinsel, flash, and glamor over the last decade.

There are a host of franchises and shared universes for actors to join and be identified with. Notably, Sophie Turner played Jean Grey in X-Men: Apocalypse and Dark Phoenix, but Disney’s purchase of 20th Century Fox seems to have killed the franchise.

Now there’s new speculation that Turner might play Supergirl in the DCEU. 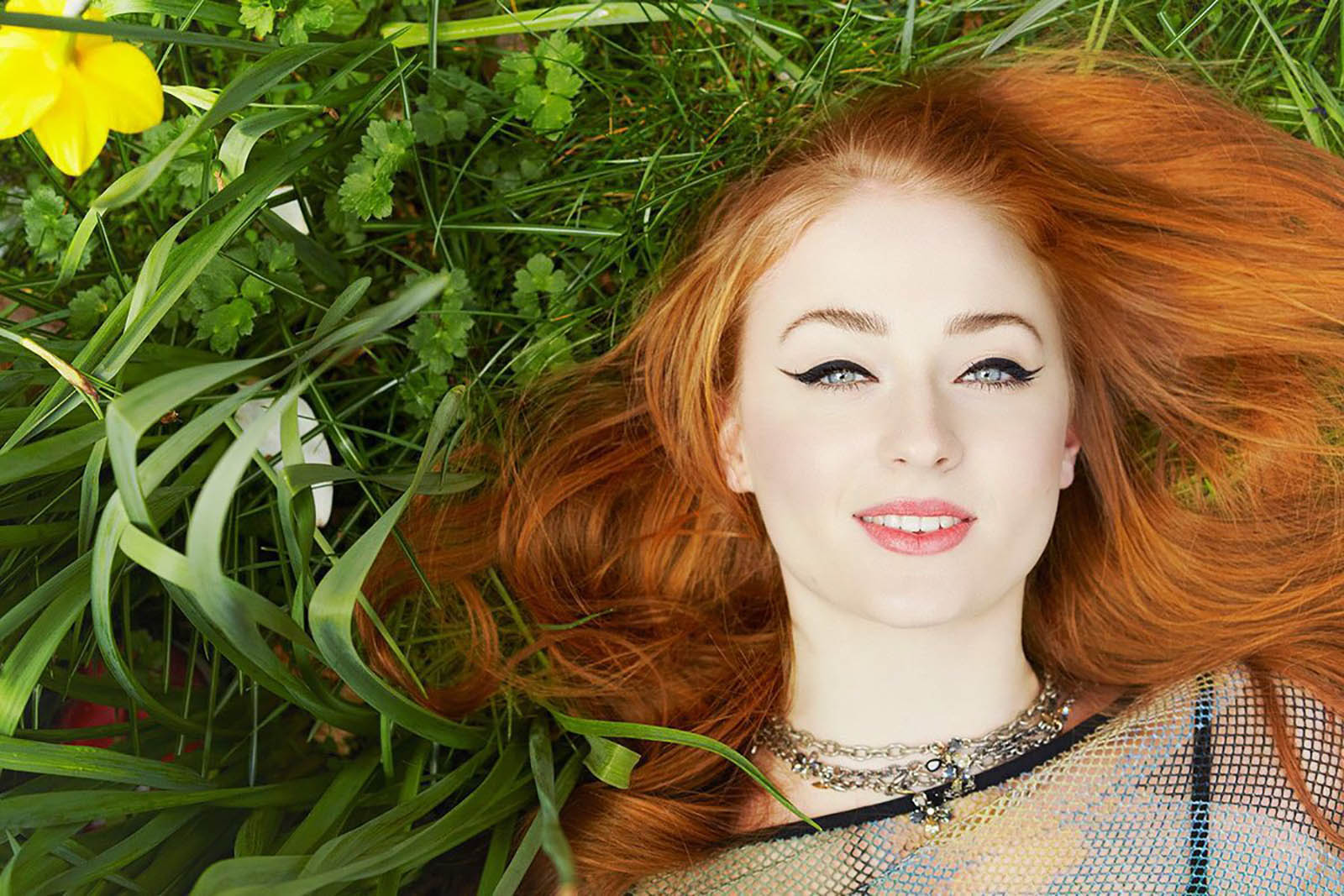 Ever-changing, the DCEU is a universe filled with seemingly endless narrative possibilities. There are many characters that haven’t even explored, let alone joined, the shared universe, including Supergirl. It doesn’t look like Henry Cavill will return to play Superman any time soon, but we can now see what Turner might look like as Superman’s younger cousin.

Now, Instagram digital artist ApexForm has created fan art that imagines what Turner would look like in the role of SuperGirl. The art looks like it repurposes a poster from X-Men: Dark Phoenix, replacing Turner’s outfit from that movie with a Supergirl outfit, complete with cape and knee-high boots. Her eyes are also glowing red, in preparation for using her trademark supervision. 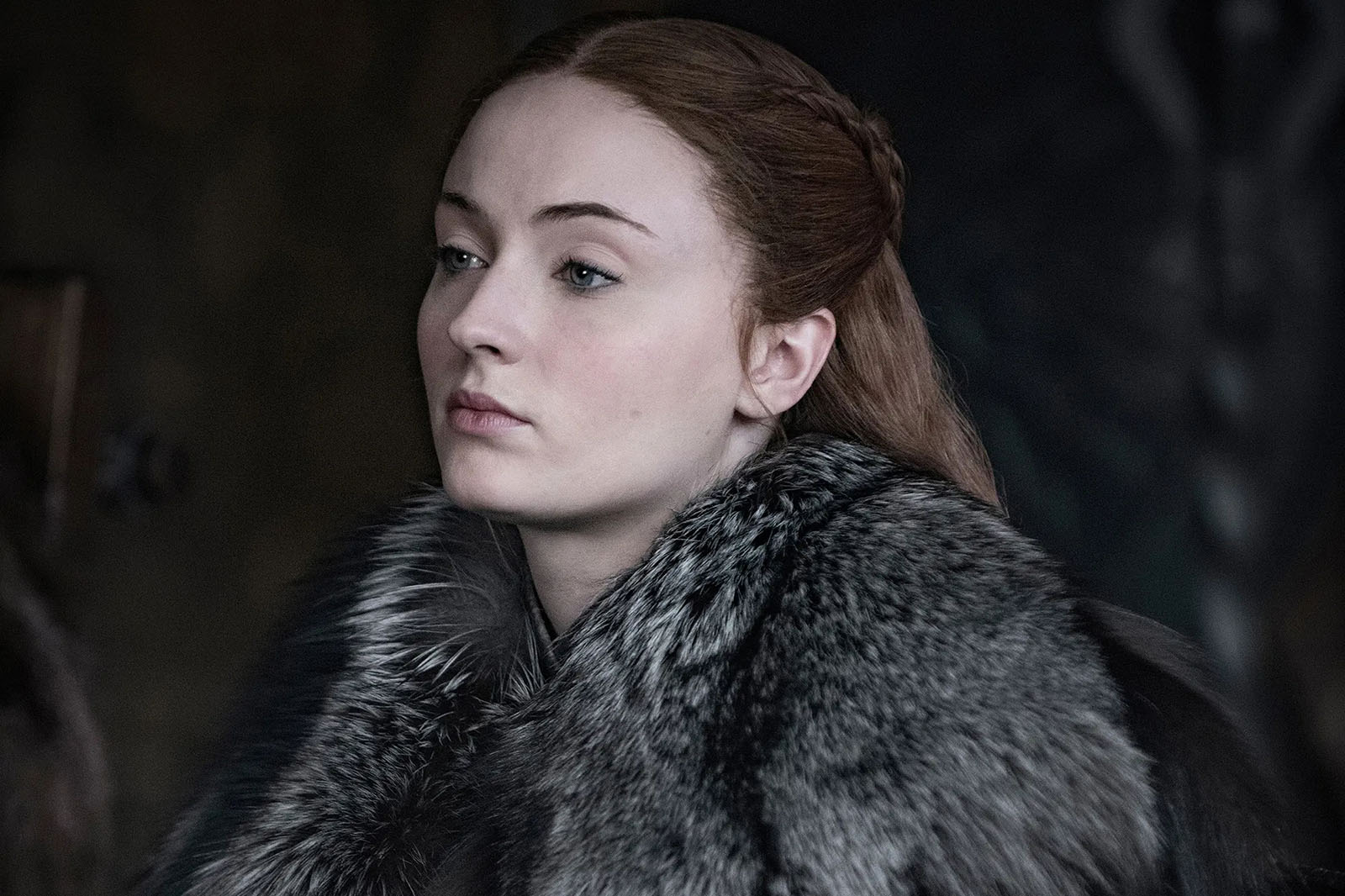 On the surface, Sophie Turner seems like a great choice to play Supergirl, although she’ll have some big shoes to fill thanks to Melissa Benoist’s performance as Kara on The CW’s Supergirl. Although Turner looks great in the role, and her natural blonde hair fits in with the traditional vision of Supergirl, there is doubt as to whether she would be able to really pull off the character.

Turner managed to grow as an actress in the role of Sansa Stark, along with the growing demands of the character each season, but she also struggled with some of the show’s more challenging emotional scenes. Additionally, her performance as Jean Grey in X-Men: Apocalypse and X-Men: Dark Phoenix was far from perfect.

In the latter movie, in particular, she floundered with the emotional burden the story required. While the script she was given to perform with was not great in the first place, Turner nevertheless failed to perform convincingly in the role. 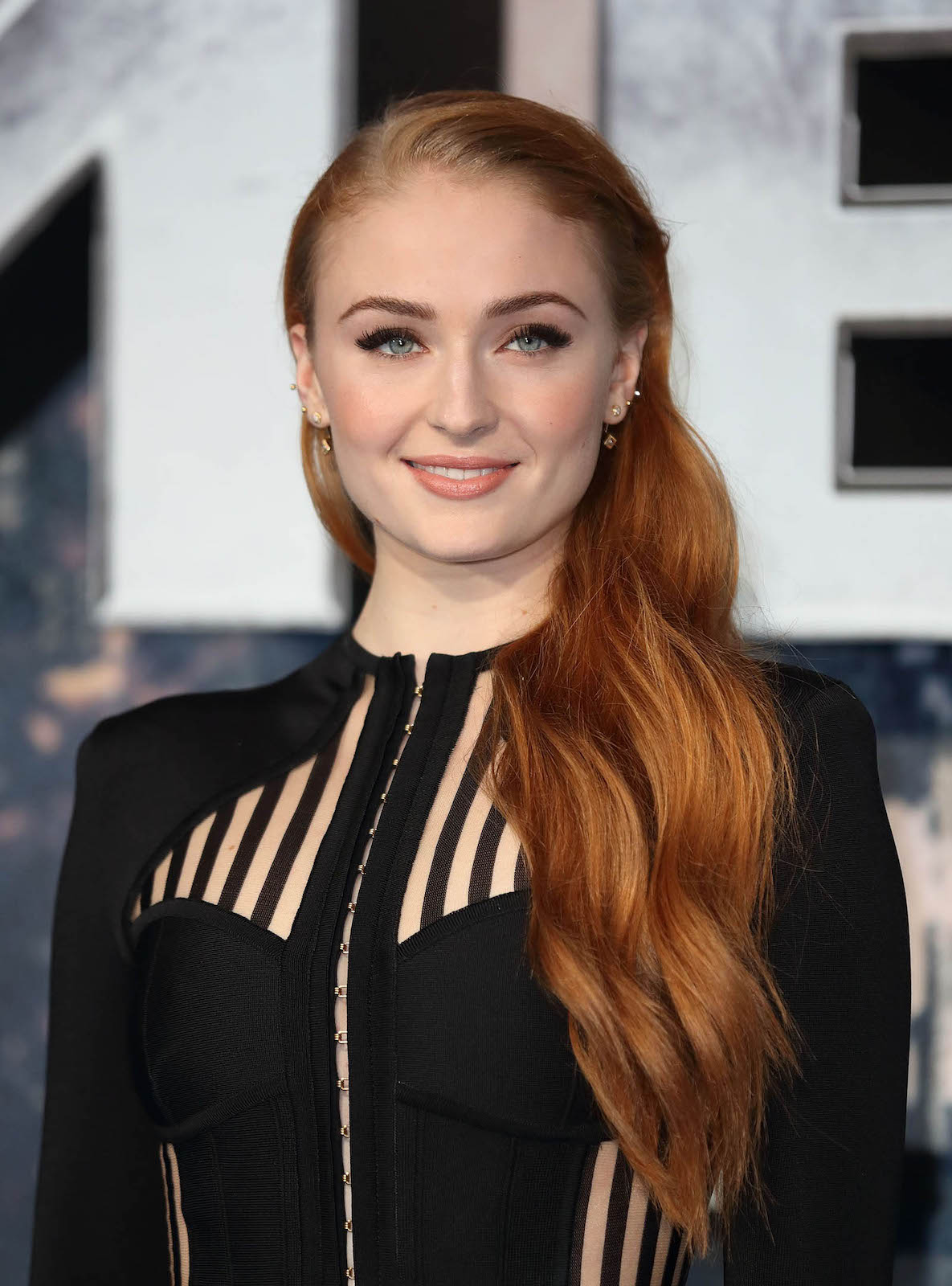 However, the Zack Snyder cut of Justice League has recently started production. Despite a flurry of fan speculation, few official teases have been made and much of the work is still ahead for the project.

Yet at a May 2020 watch party for Man of Steel, the director confirmed that a glimpse of an open pod on the Kryptonian ship was a deliberate nod towards his plans to expand the mythology and eventually introduce Supergirl into the shared, despite having denied the same thing two years ago.

And while the full details on what will be in the new cut of the film aren’t available just yet, there are rumors that the current plan is to have Supergirl show up for a cameo in the movie. 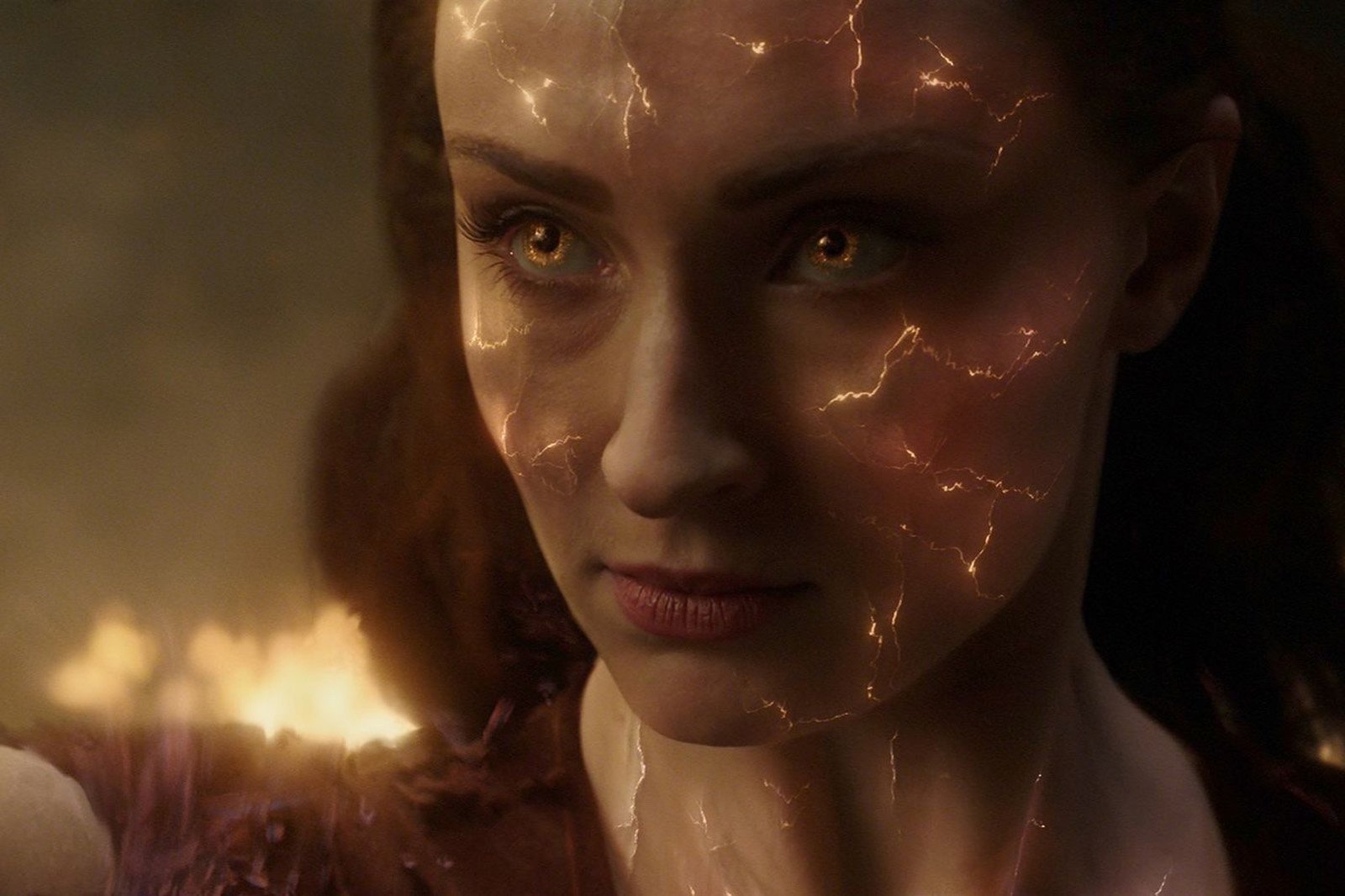 It wouldn’t be too much of a stretch to see Turner play Stargirl. After all, other actors have played multiple superheroes. Chris Evans plays Captain America in The Avengers and other Marvel films and also played Johnny Storm in Fantastic Four. Ben Affleck played the title character in the 2003 film Daredevil and was cast as Batman in the 2016 film Batman vs. Superman.

Josh Brolin starred in his second and third superhero movie roles in 2018, Avengers: Infinity War, where he plays the villain Thanos, and Deadpool 2, where he plays a mercenary named Cable.

But he’s far from the first actor to take on multiple superhero movie projects. Actors such as Ben Affleck, Ryan Reynolds, and Halle Berry have played different characters in more than one superhero franchise. Sometimes they even switch teams from a movie based on a DC comic book to a Marvel movie, or vice versa.

So, do you think  Turner can go from Sansa Stark to Jean Grey to Kara Zor-El? We’ll see.