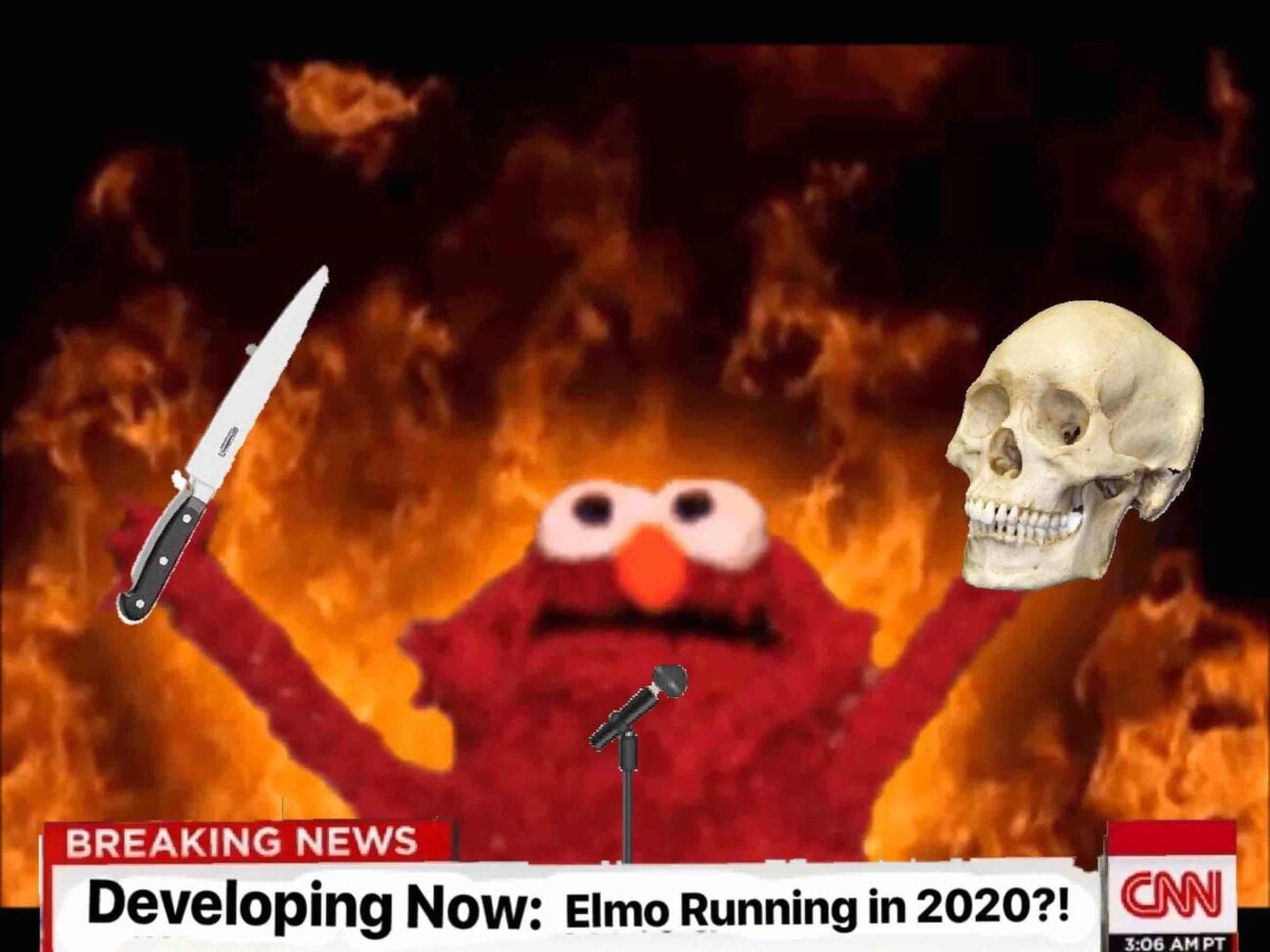 Dark family jokes: A shared sense of humor to bring you all closer

Dark humor: is it one of those nature versus nurture things? We can’t really say. That philosophical & scientific debate will rage on & on in a circle that will never really end. That doesn’t mean that there aren’t plenty of dark humor jokes to make you chuckle. Whether your family gets your dark humor or not, these following jokes will definitely leave you chuckling.

From the instances of your dark humor slipping in front of an unknown audience to the things we wish could happen to us all, these dark humor jokes will definitely make your cold dead soul chuckle. At the very least, if your family laughs at dark humor jokes with you, then you know you have company to awkwardly follow in Hell.

Here are some of our favorite dark humor jokes: 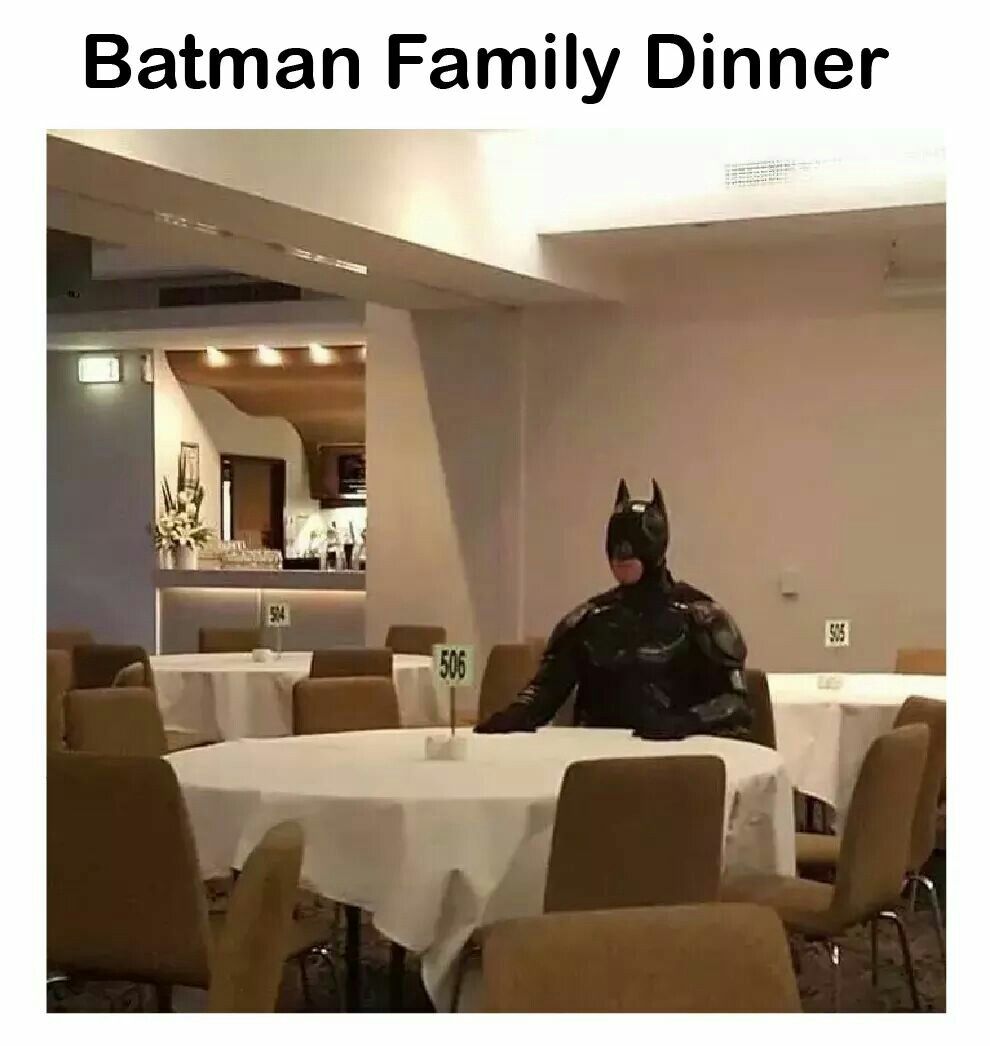 1. Dinner with the Wayne family

Who’s ready to see Martha & Thomas Wayne probably die again in the Robert Pattinson Batman movie?! They die more on-screen than Spider-Man’s Uncle Ben and yet, people complain more about that then how many times the Waynes’ died. 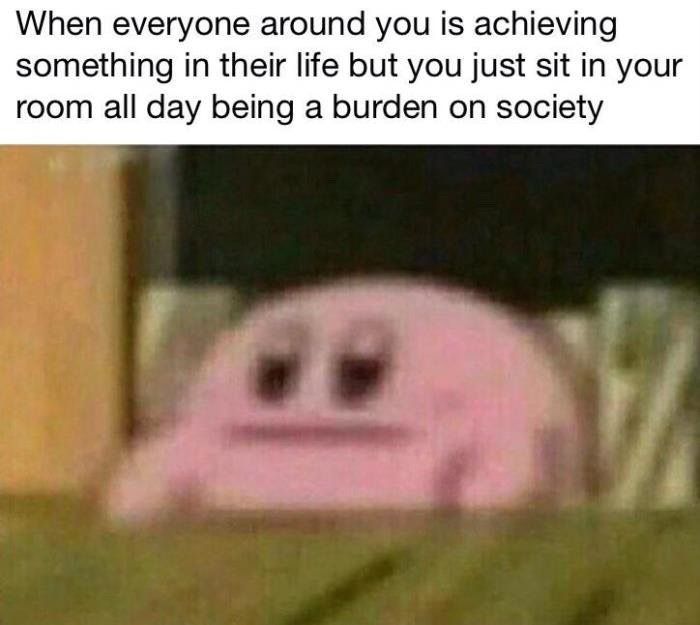 Is it true? Probably. Do your parents really need to call you that? No. 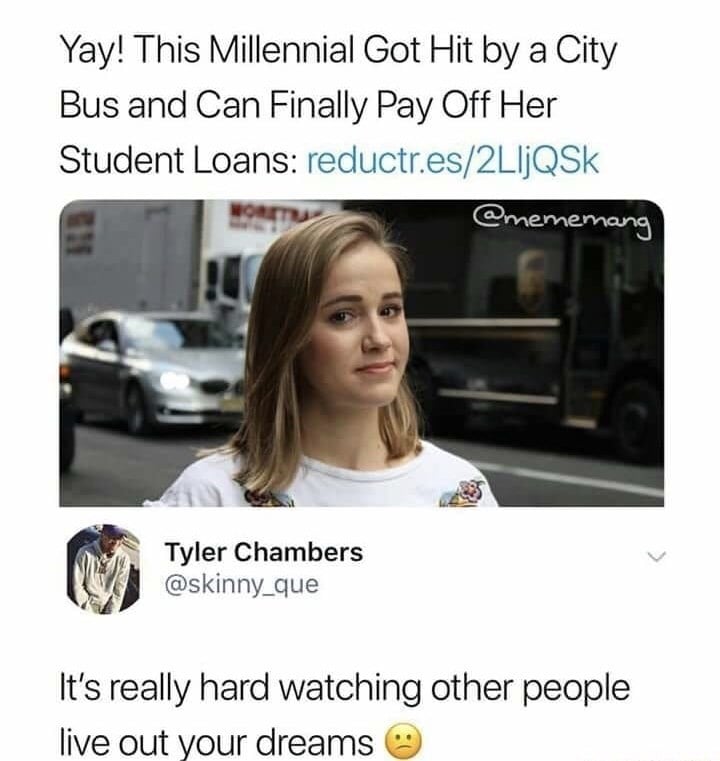 We’re not saying that we actively hope to get hit by a rich person’s car. But, like, it’s something that may have come up around the family dinner table once or twice. 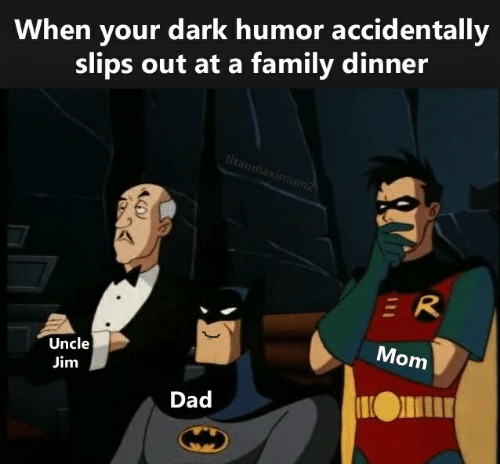 4. There’s one family member who will laugh at your dark jokes

And the soul-deep relief at that choked laughter definitely has no other equal in this world. 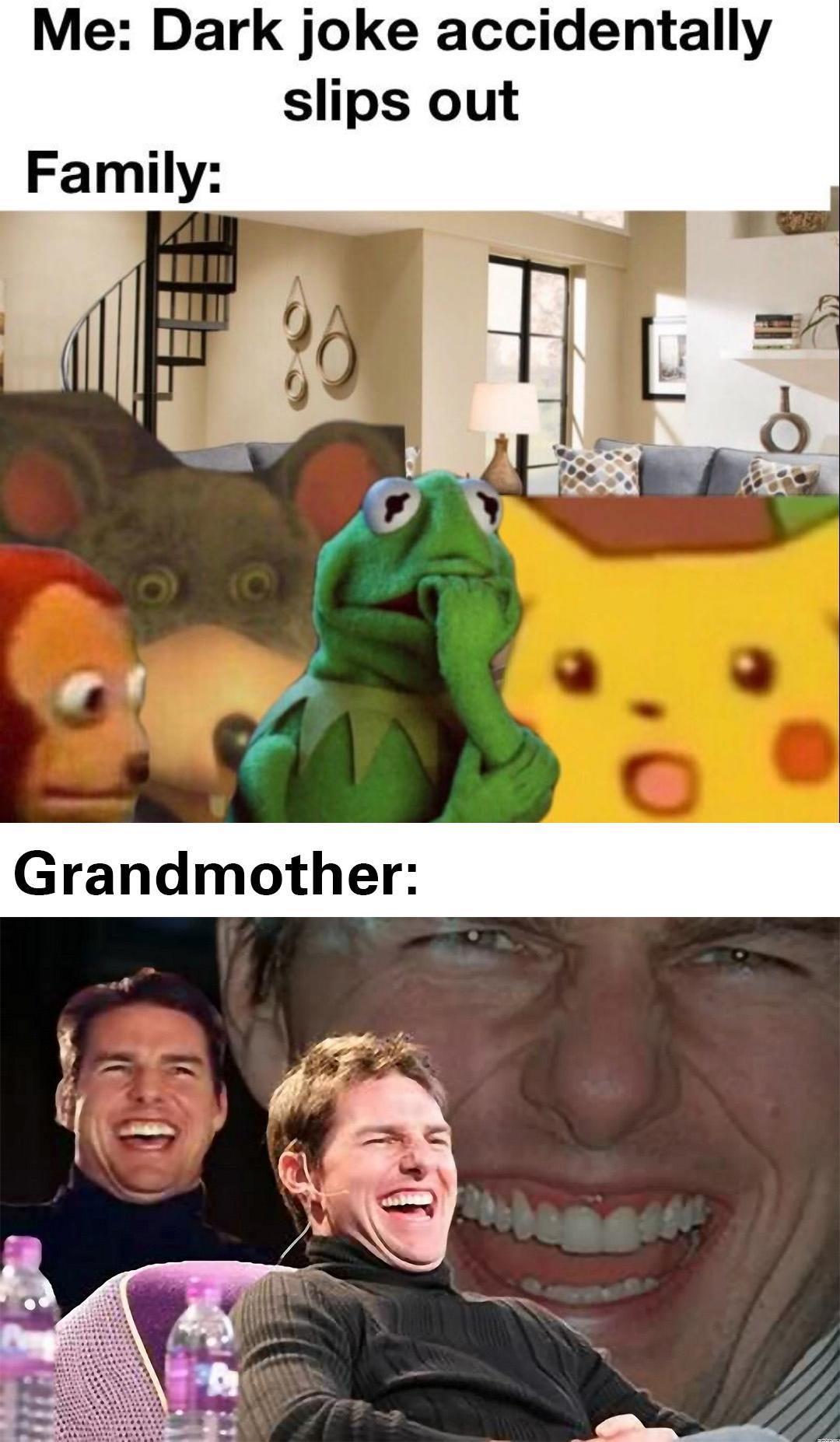 5. Grandma in with the save

It’s always sweet when the person people will think would be the most offended (Grandma) finds your screwed up sense of humor hilarious. 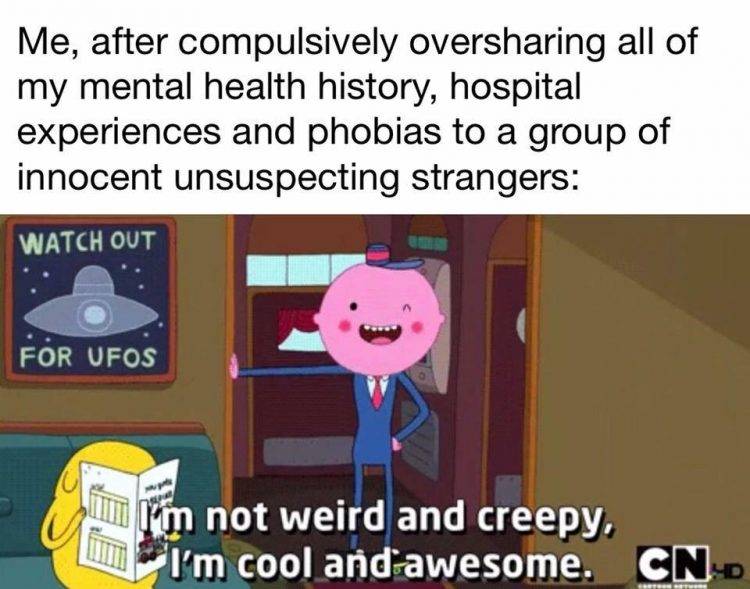 6. Sometimes family is a group of strangers you overshare to

Is it healthy? Um…no. But here we are anyway. 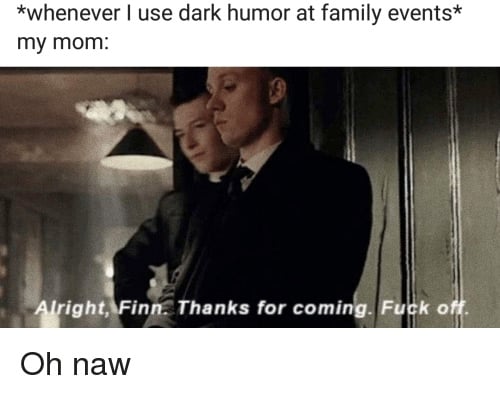 Always a great plan for the introvert who wants to leave early but is too scared to do so. Be asked to leave after a dark humor joke.

And after the cousin makes the toast, you start placing bets on when she & her spouse will get divorced. 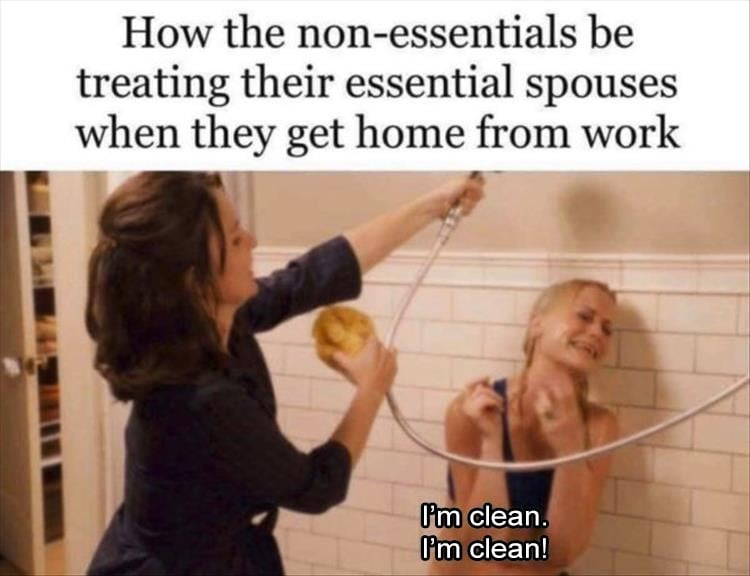 Don’t touch me or kiss me or do anything to me until you’ve taken a hot shower and drowned yourself in sanitizer. 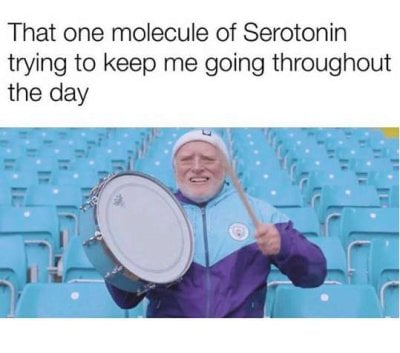 10. The one true friend in these trying times

Godspeed, molecule of serotonin. You are the true hero.