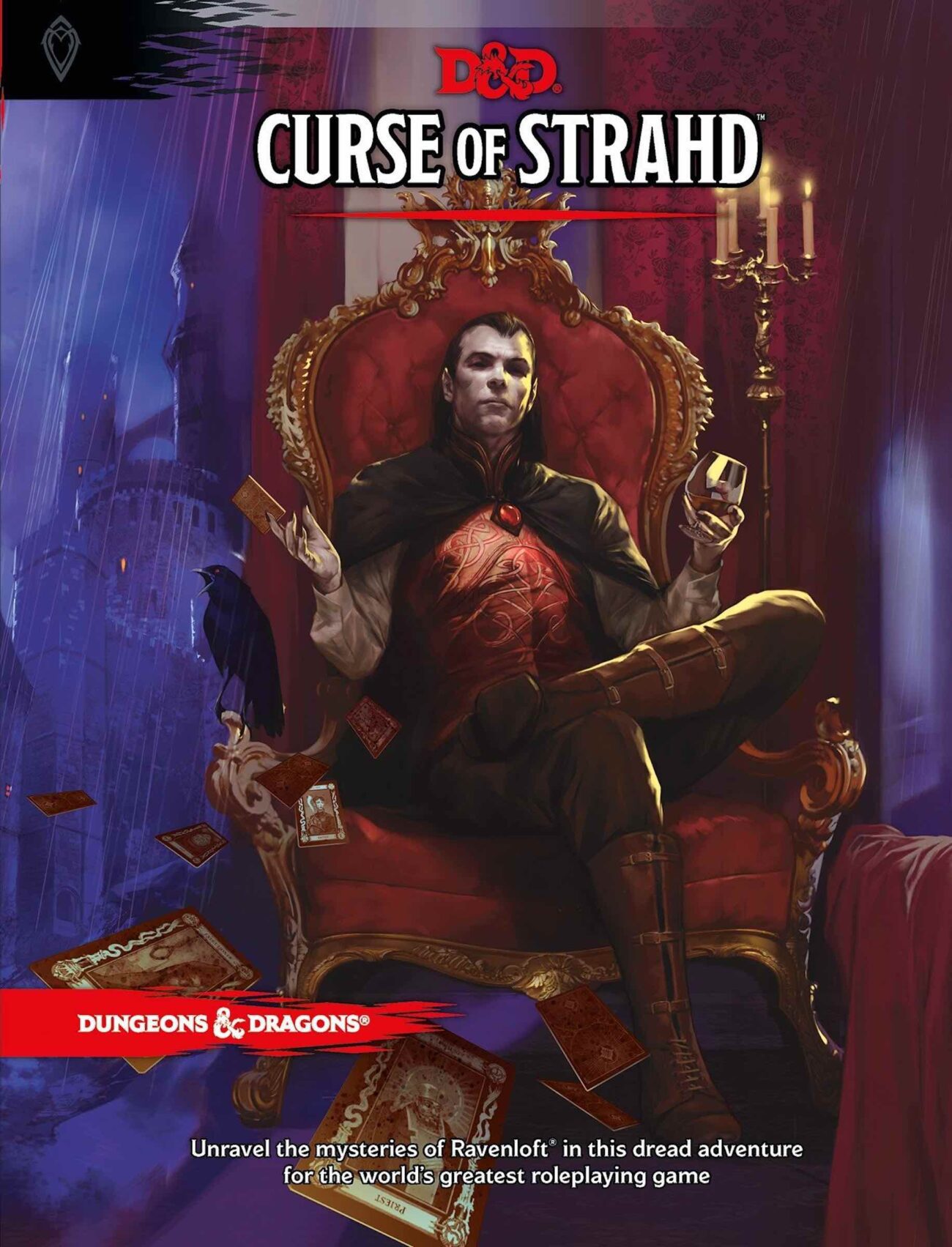 How do you play TTRPG horror game ‘Curse of Strahd’?

It’s one thing to watch a horror movie but it’s another when we can control the horror ourselves. There’s nothing like a great horror game. Untangle the mysteries of Ravenloft in this dread adventure for what’s being deemed the globe’s greatest role-playing game.

For just a second, imagine yourself living somewhere that’s more than just another world. Beneath vicious storm clouds, the vampire Count Strahd von Zarovich is standing silhouetted up against the ancient walls of Castle Ravenloft.

“Rumbling thunder pounds the castle spires. The wind’s howling increases as he turns his gaze down toward the village of Barovia. A lightning flash rips through the darkness, but Strahd is gone. Only the howling of the wind fills the midnight air. The master of Castle Ravenvolt is having guests for dinner and you are invited.”

Does that sound like a world you wouldn’t mind having some control over? It’s called the Curse of Strahd. But how do we play this game? 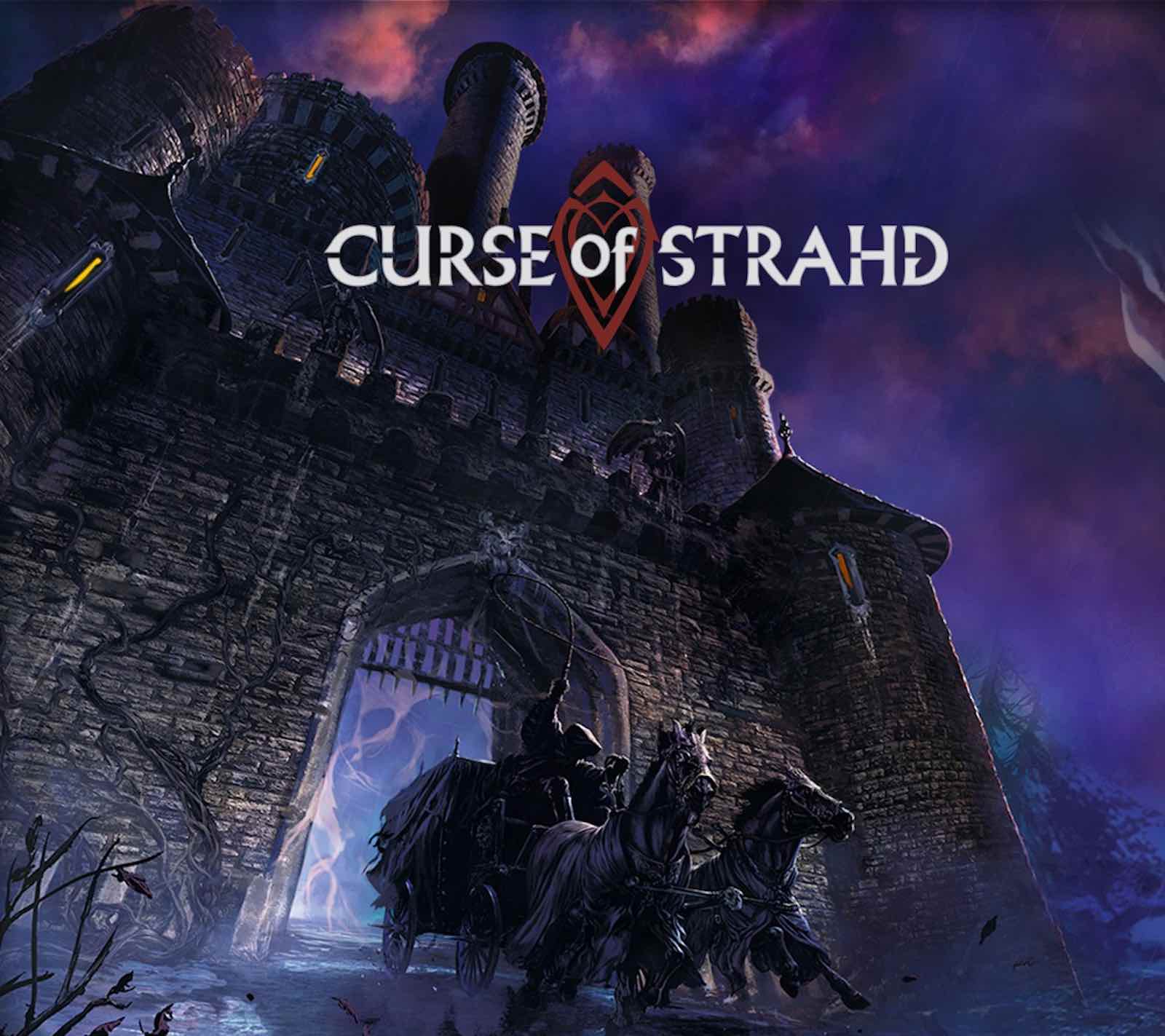 You can purchase the game at your local game store, bookstores like Barnes & Noble, as well as one of the convenient online retailers like Amazon. You’ll also find Curse of Strahd available through Steam, Fantasy Grounds, Roll20 and D & D Beyond. 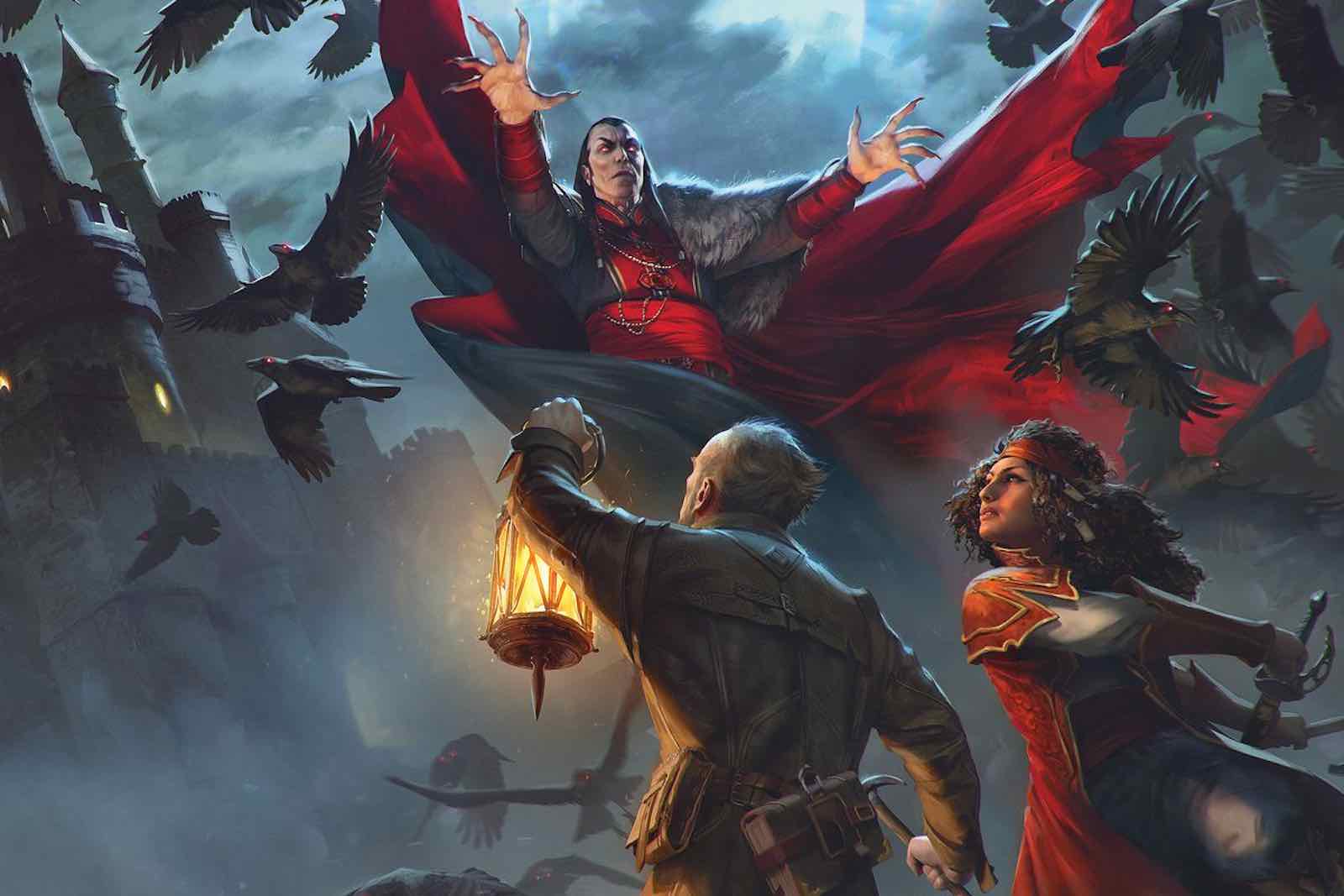 As players, adventurers are bewilderingly drawn to the realm of Barovia which is surrounded by some deadly fog and ruled by the vampire wizard Strahd von Zarovich. Curse of Strahd is a gothic horror journey which will take you on a course through Barovia that climaxes with a vampire hunt inside Castle Ravenloft.

With your deck of tarokka cards, the Dungeon Master can mix up parts of the adventure such as the identity of a powerful ally, the placement of crucial magical items across Barovia, along with Strahd’s whereabouts within Castle Ravenloft.

The adventure module is designed to accommodate four to six player characters from level one to ten. When it comes to Curse of Strahd: Revamped, along with the softcover adventure book, the boxed set includes a tarokka deck and booklet, a themed dungeon master’s screen, twelve postcards themed around locations in the adventure, a double-sided poster-sized map of Barovia and Castle Ravenloft, and more. 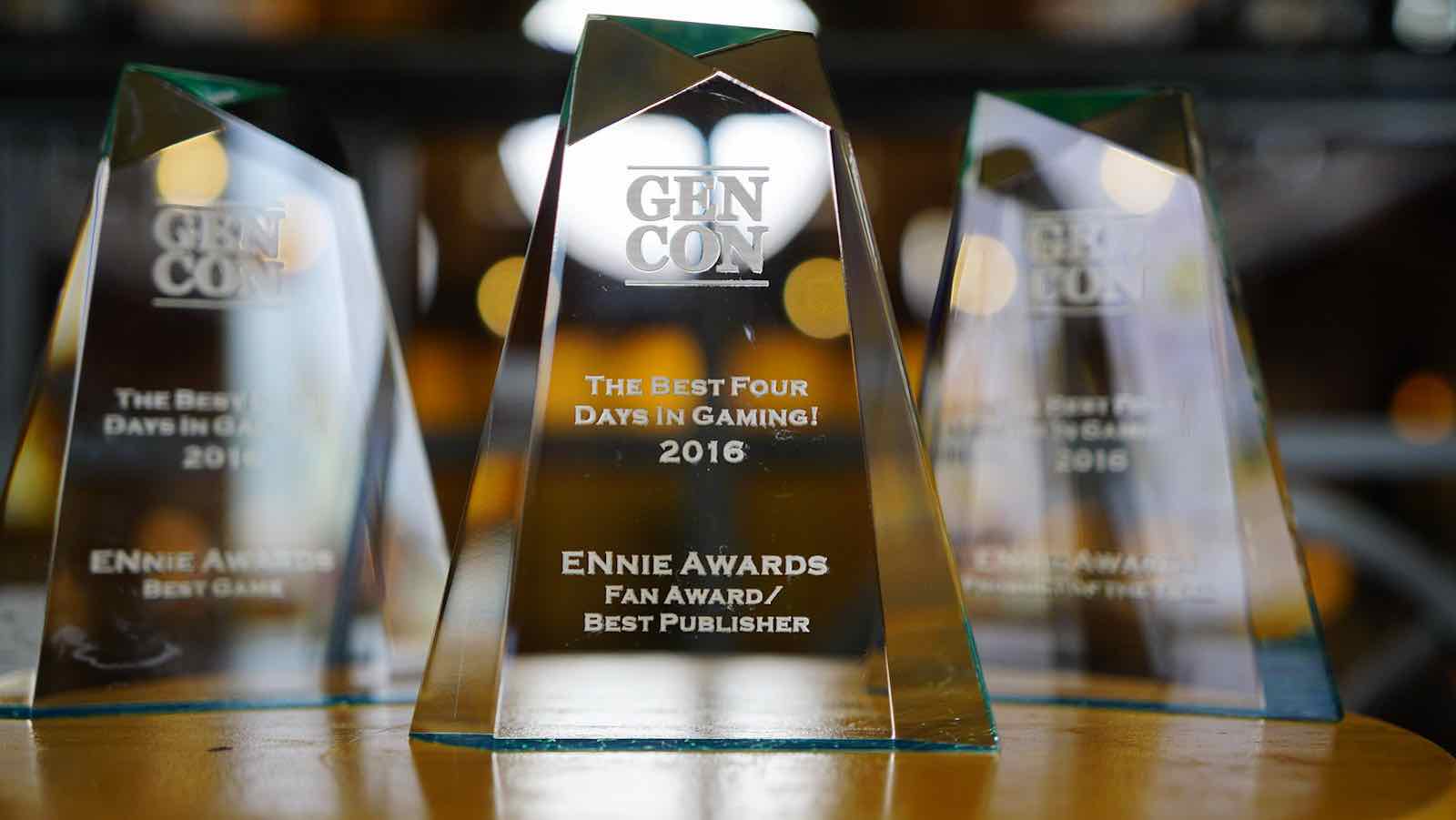 Perhaps we’re all familiar with the ENnie Awards? They’re a yearly fan-based celebration of excellence in tabletop roleplaying gaming. The winners of the 2016 ENnie Awards were announced at a Gen Con.

Dungeons & Dragons (Curse of Strahd) was the gold winner for Best Adventure and Art Cover, and took home the silver medal for Product of the Year. 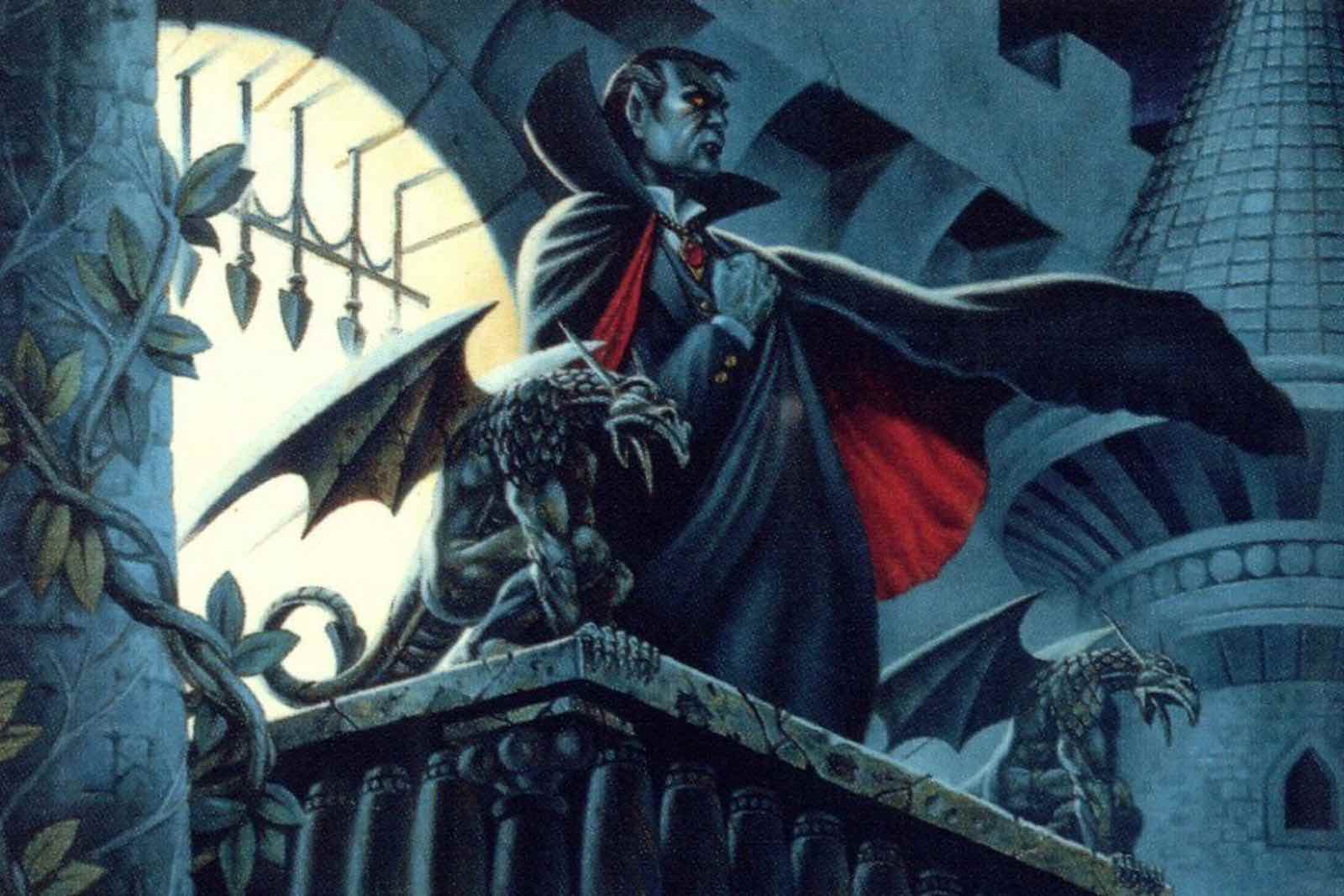 Curse of Strahd gives us everything a Dungeon Master needs to compose a captivating and memorable gaming experience. It’s a fantasy-horror adventure for character levels one through ten. Dungeons & Dragons roleplaying game fans can have additional journeys in Ravenloft by participating in the D & D Adventurers League organized play program.

Available separately is a fifty-four card deck by Gale Force Nine representing the Tarokka cards, utilized by the fortuneteller Madam Eva in the adventure to randomly search for key features of the journey. Fans also have access to a Curse of Strahd Dungeon Master’s Screen from GF9.

Curse of Strahd was produced by Wizards of the Coast. It was penned by Chris Perkins, edited by Kim Mohan and Jeremy Crawford. Kate Irwin served as the art director. Your adventure will implement content from the original Ravenloft journey along with new story content coined by Tracy and Laura Hickman, Adam Lee, Chris Perkins, Jeremy Crawford, and Richard Whitters.

Share your favorite Curse of Strahd moments in the comments below! 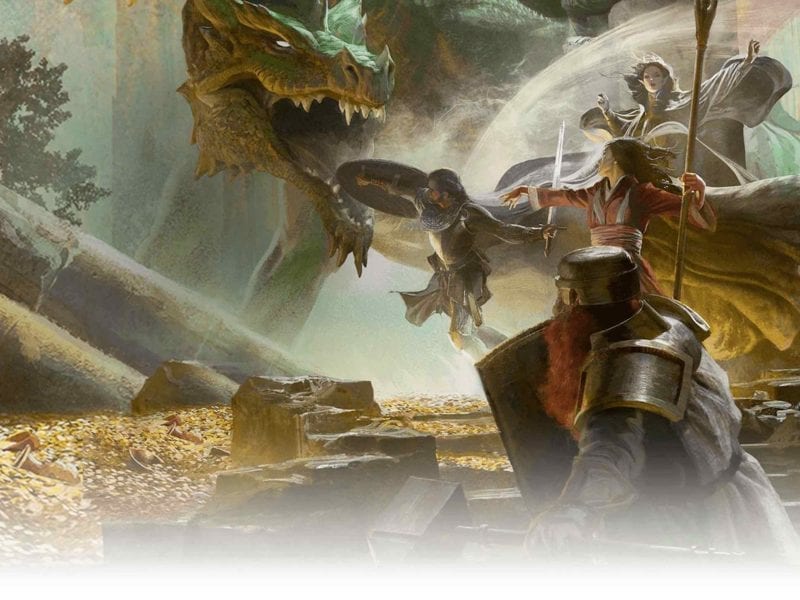 Here’s how to play Dungeons and Dragons online this quarantine