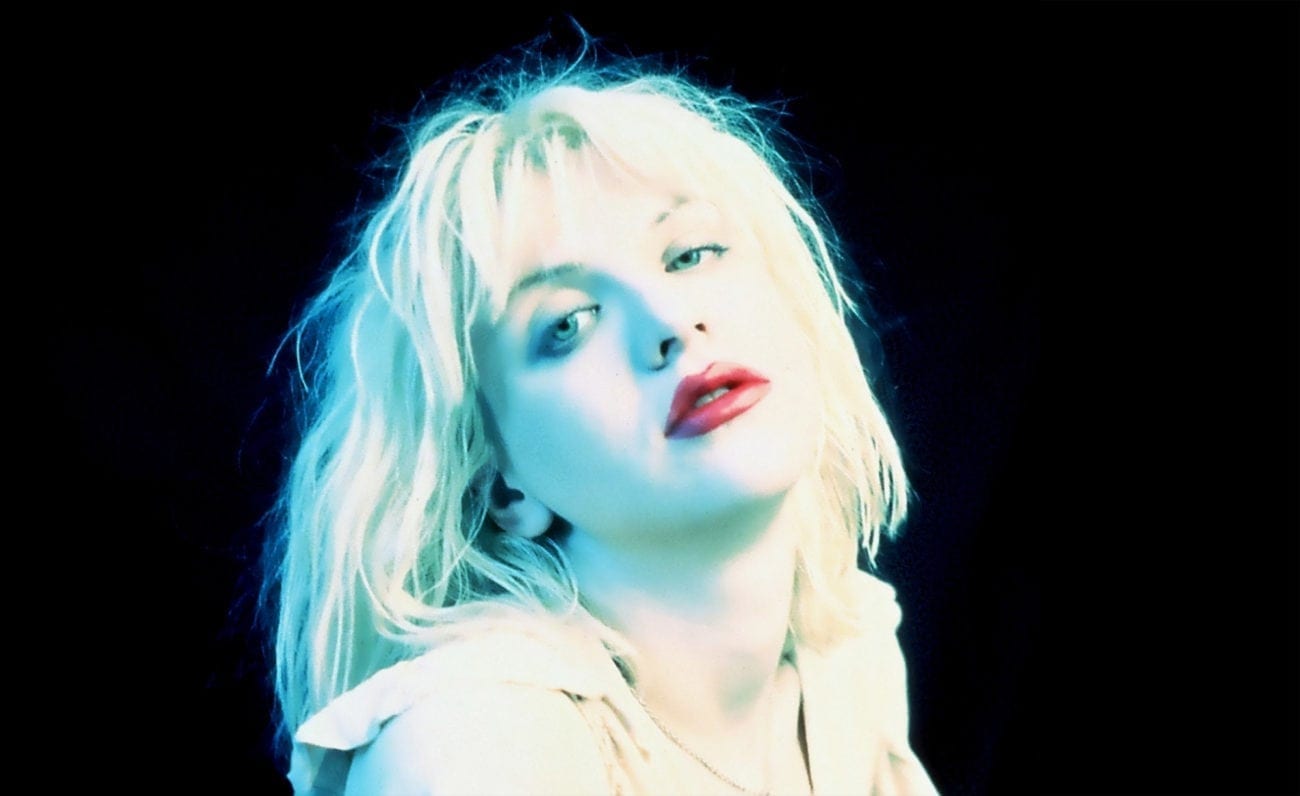 We’re not sure how anyone couldn’t possibly have gotten the memo that Courtney Love is not a lady to be f***ed with, but apparently that may be the case. In one of the most outrageous and weirdest news stories last year, the ex-husband of Frances Bean Cobain is reportedly suing Love for attempted murder.

Isaiah Silva is currently in possession of Kurt Cobain’s iconic 1959 Martin D-18E guitar which the late musician played during Nirvana’s MTV Unplugged performance of 1993. Silva won possession of the guitar in a two-year battle as part of his divorce settlement and alleged Love was involved in a nefarious scheme to retrieve it.

The story only gets weirder when you find out Silva was also suing actor Ross Butler, Love’s manager Sam Lufti (who you might remember best from his Britney Spears days), Hollywood private investigator John Nazarian, and musician Michael Schnek for conspiring to kill him. 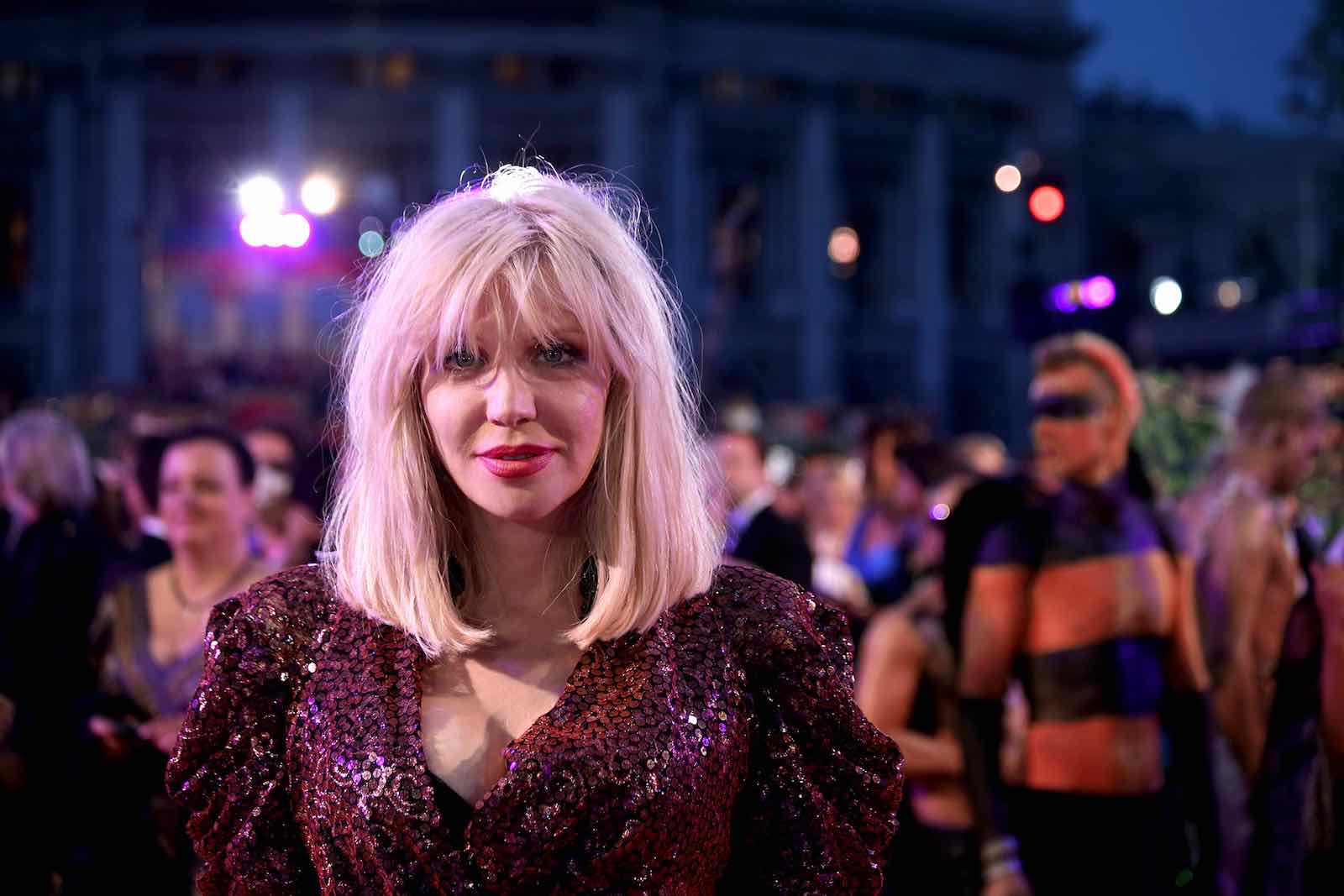 Regardless of whether there’s any truth to any of this delirious story, we still remain fans of Love, who cuts a refreshingly provocative and divisive figure. We love women who aren’t afraid to rabblerouse and be difficult, and Love has never been shy about conducting herself in that way.

That attitude has been evident throughout her eclectic acting career in which Love has continued to enjoy offbeat and occasionally ferocious roles on TV & film. Here’s our ranking of her ten best performances so far. 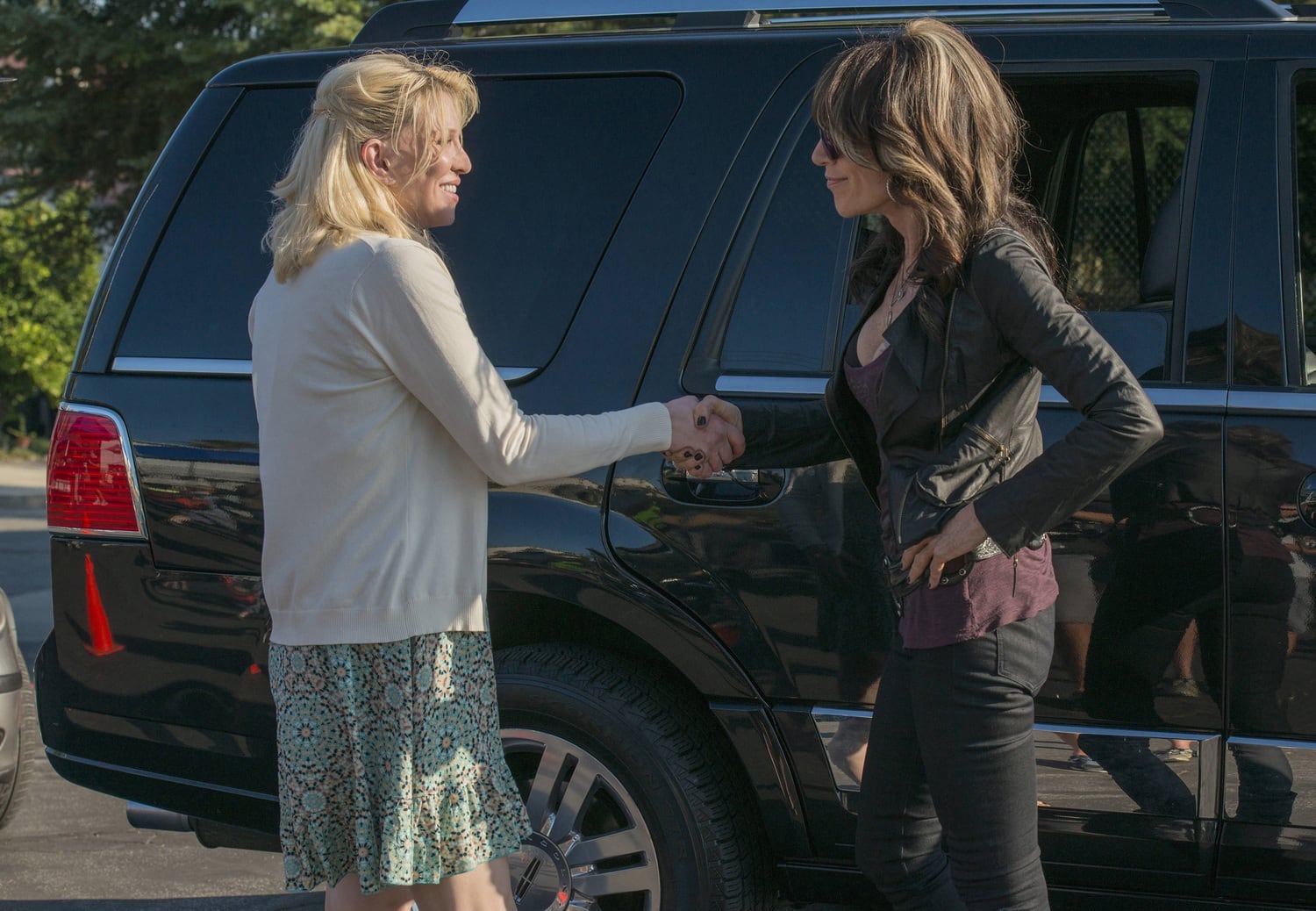 Granted, it isn’t the biggest or most complex role but Love nevertheless fits spectacularly well within Kurt Sutter’s trashy biker drama – even if she is playing a fairly wholesome teacher the whole time. We just there were more scenes between her and the explosive Gemma Teller (Katey Sagal). 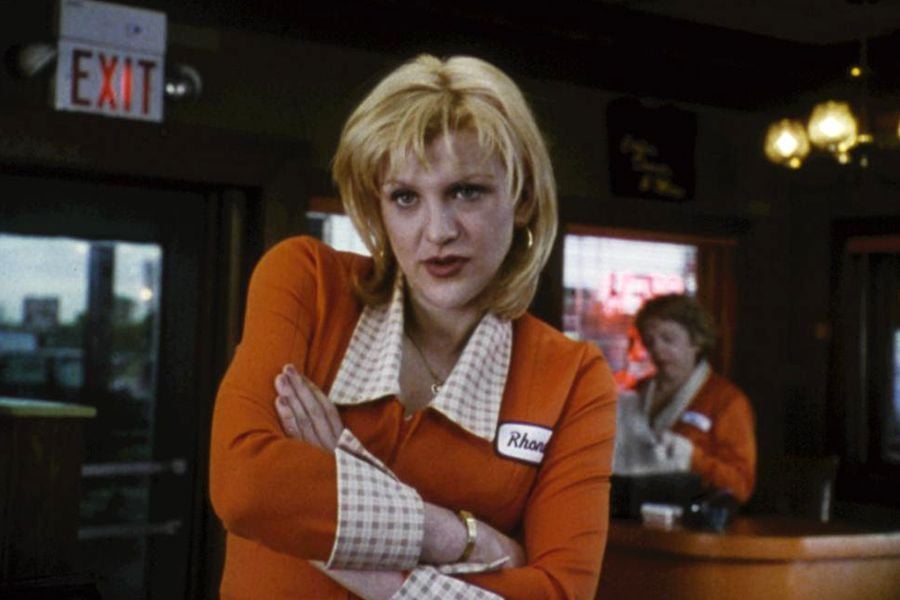 Probably the sweetest Love has ever appeared on screen is as Rhonda in Steven Baigelman’s debut feature. Starring alongside Keanu Reeves, Cameron Diaz, and Vincent D’Onofrio, Love offers some sterling tidbits of wisdom while serving up heaps of coffee. Isn’t that what you want from a great waitress? 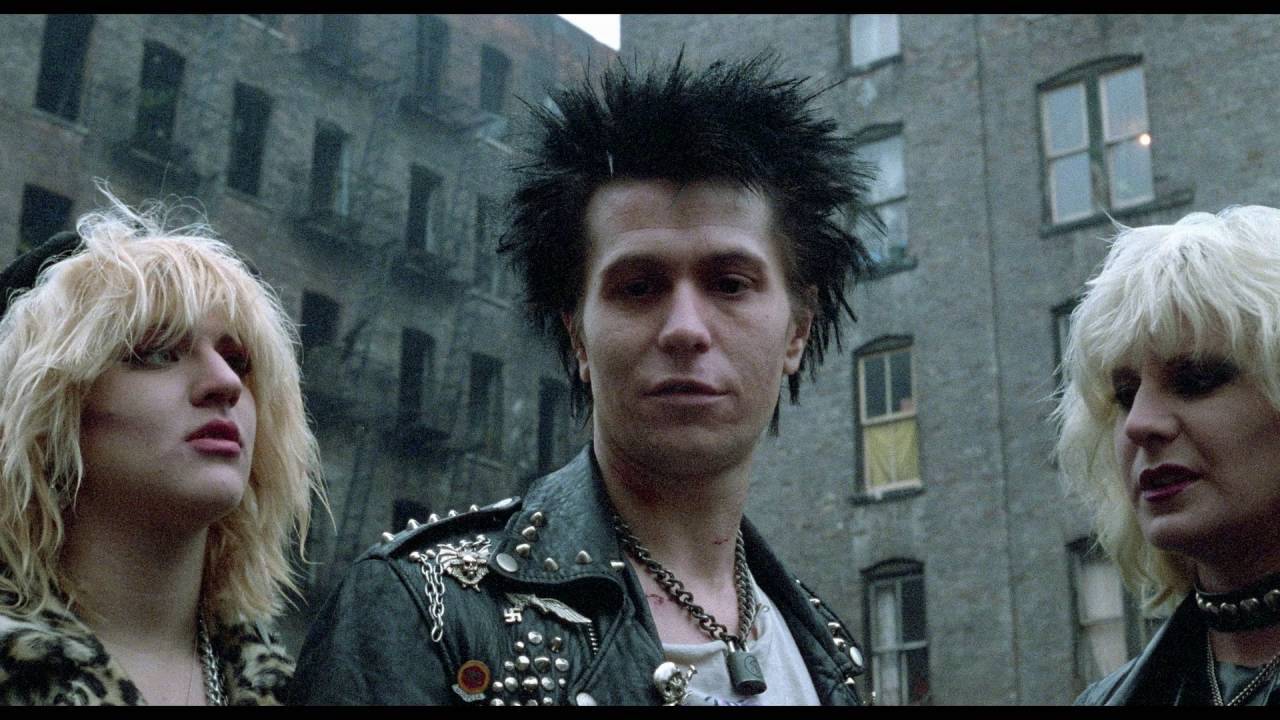 Love originally auditioned to play Nancy in Alex Cox’s biopic about the dysfunctional romance between Sid Vicious (Gary Oldman) and Nancy Spungen (Chloe Webb) which we can probably all agree is the role she was likely destined to play in 1986.

Sadly, investors wanted someone a little more experienced for the role and Love was downgraded to a role playing one of Nancy’s pals instead. Her appearance is brief but at least she looks really effing gnarly. 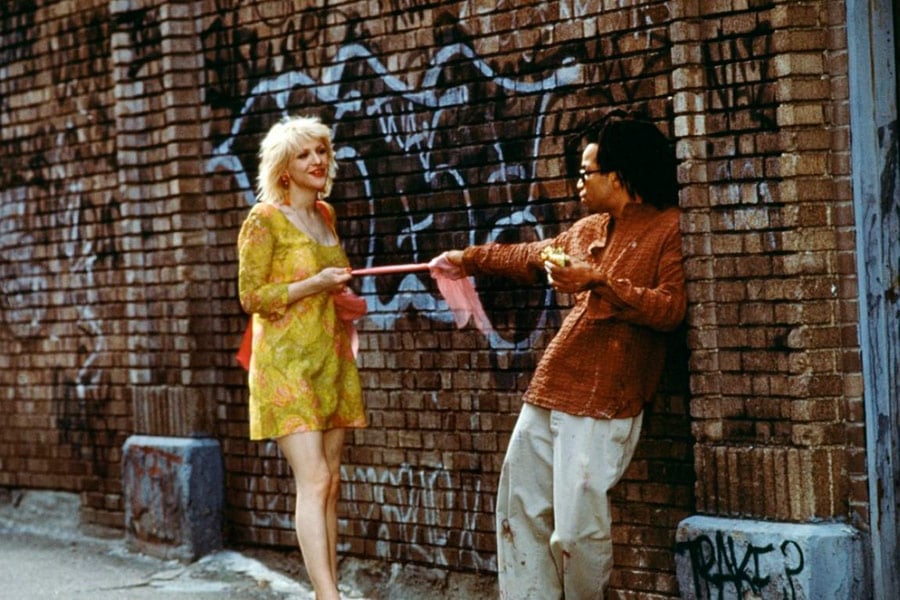 Julian Schnabel’s all-star biopic of revered artist Jean-Michel Basquiat has an insanely good cast including Jeffrey Wright (Westworld), Gary Oldman, Benicio Del Toro (Sicario), Dennis Hopper (Easy Rider), and even David Bowie as Andy Warhol. Love appears briefly as a mischievous and flirtatious woman (with a very nice scarf) who strikes up a vivacious connection with the artist and she’s utterly enchanting in doing so. 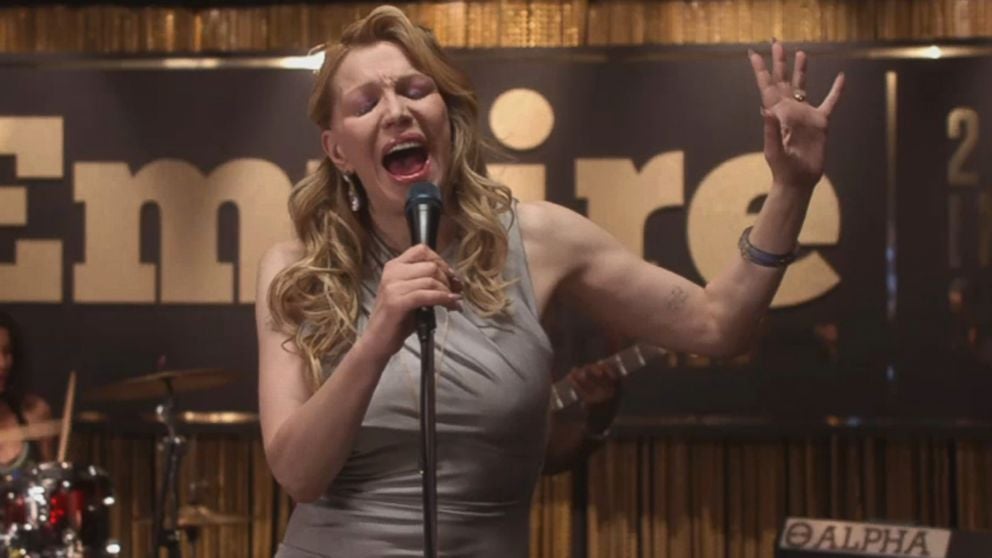 Starring as a recovering drug addict and difficult singer likely isn’t too much of a stretch for Love but she regardless played the role with great panache in Lee Daniels (Precious) and Danny Strong’s (Rebel in the Rye) hit show. Every showdown between Cookie (Taraji P. Henson) and Elle (Love) is absolute dynamite. 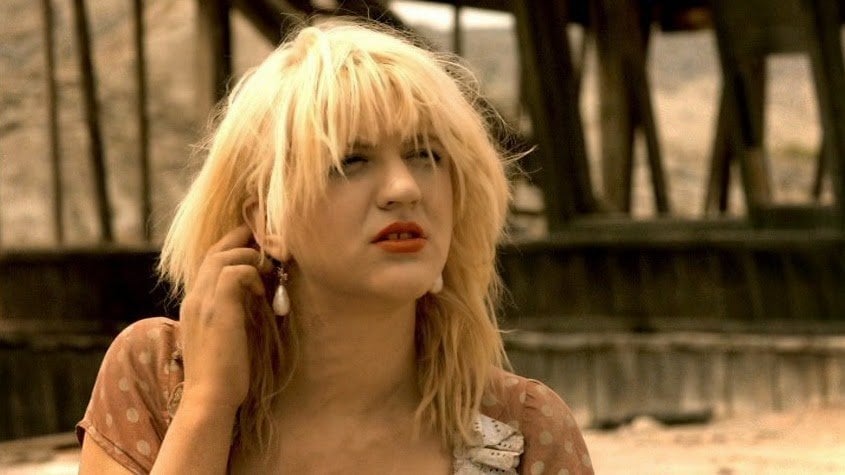 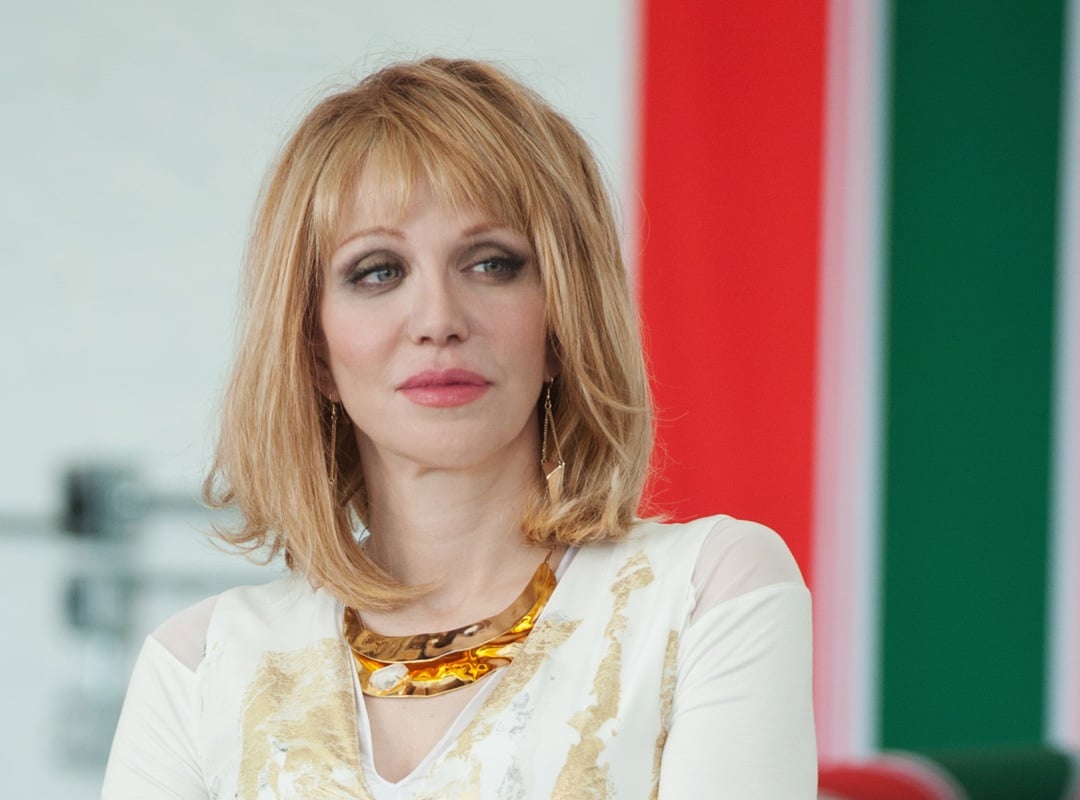 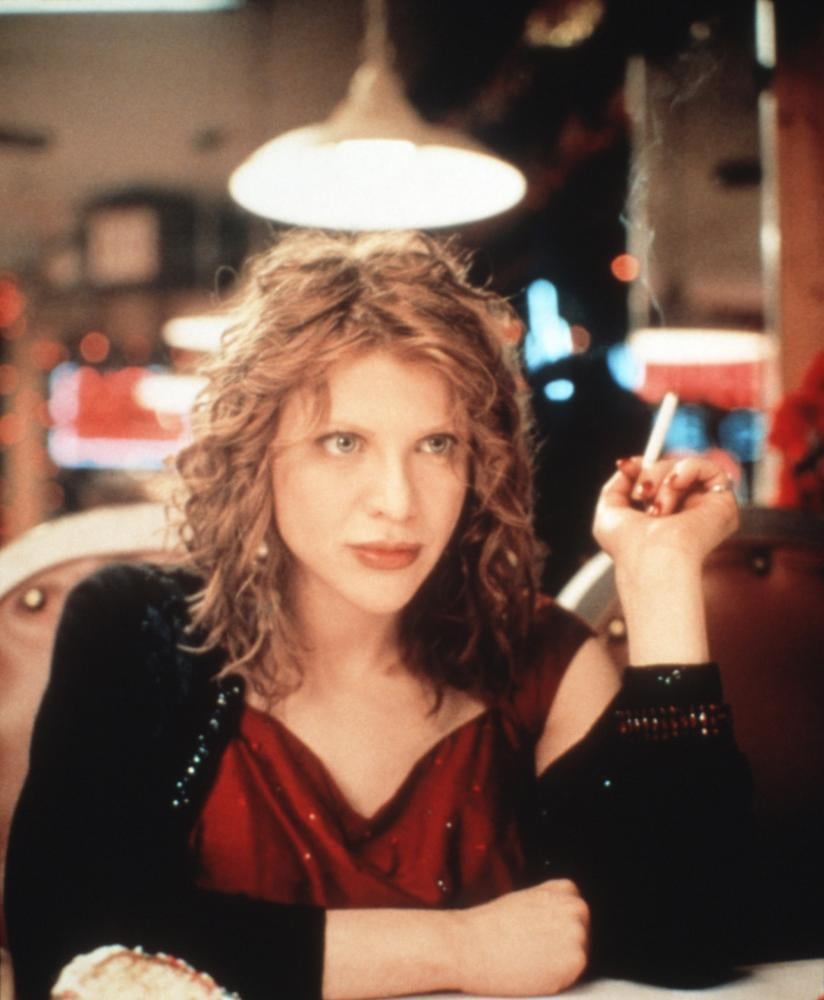 Risa Bramon Garcia’s ensemble comedy is packed full of stars including Christina Ricci (Buffalo ’66), Dave Chappelle (Half Baked), Gaby Hoffmann (Field of Dreams), Ben Affleck (Gone Girl), and even Elvis Costello. Love manages to rise above the clutter of the cast as a woman trying to have sex with her good pal (Paul Rudd) on New Years Eve. It’s a simple role that most involves Love being provocative and flirting a lot but it totally works for her. 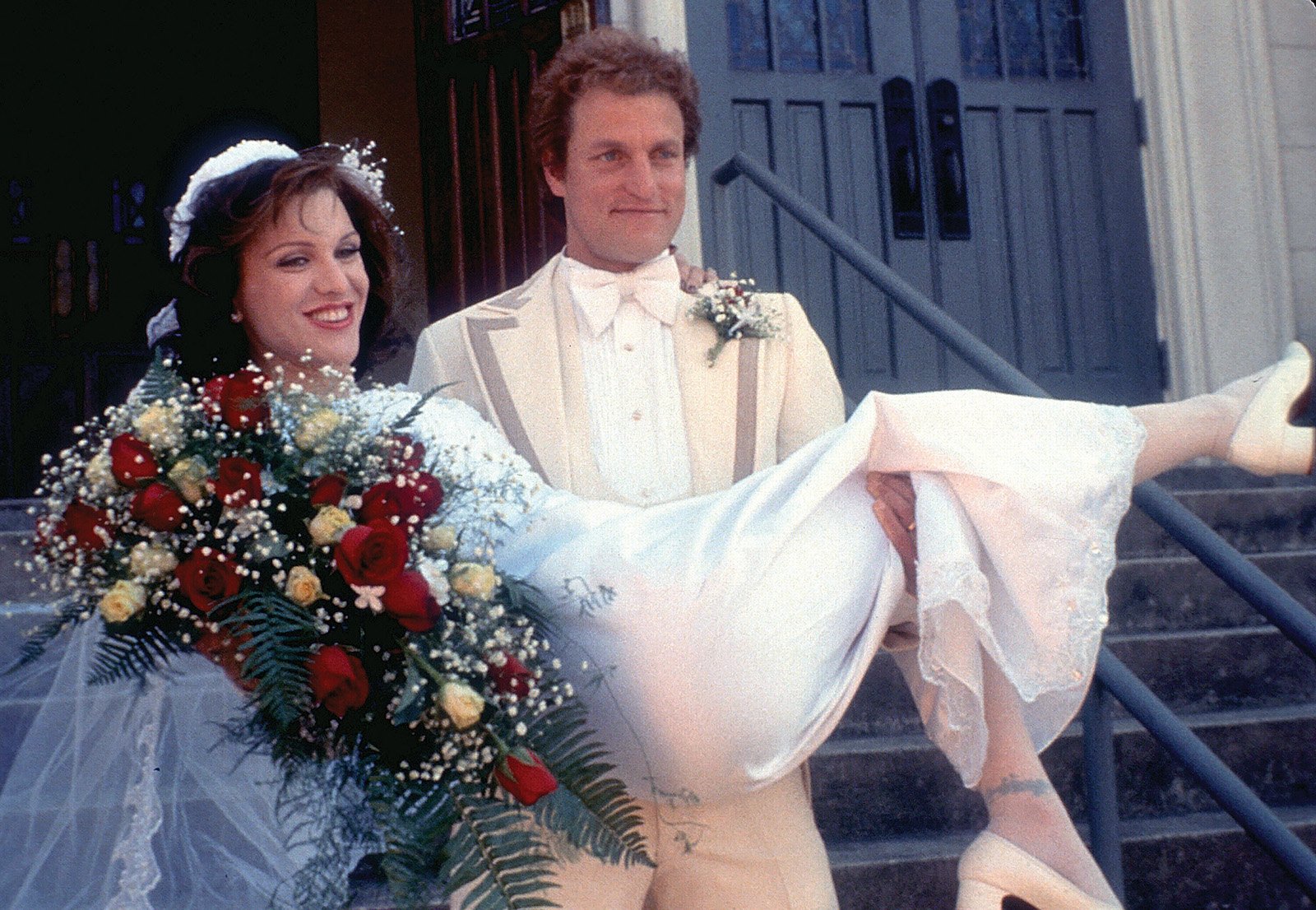 Probably Love’s most iconic performance and the one that undoubtedly put her on the map as being more than a punk musician or the widow of a beloved rock star, Milos Forman’s fascinating biopic about the king of Hustler magazine sees Love playing wife to Woody Harrelson’s Larry Flynt. The role is messy, demanding real power, and Love achieves both with masterful restraint. 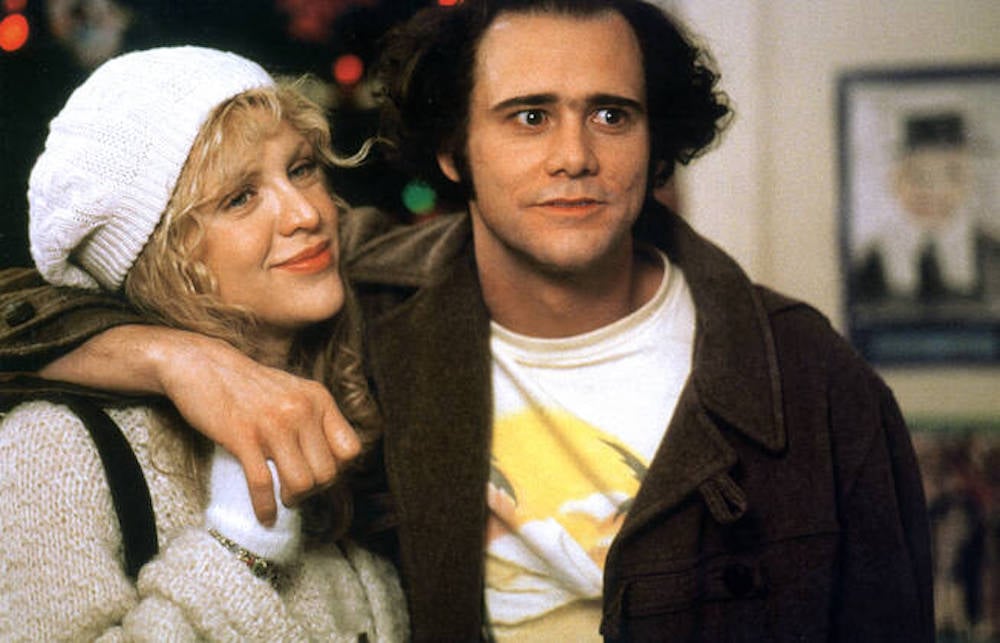 Love reunited with Forman once more for this powerful biopic about cult comedian Andy Kaufman (Jim Carrey) that draws career best performances from all of its leads including Love. Playing Kaufman’s devoted partner, Love showcases enough ferocity to keep up with the dual comedic madness of Kaufman and Carrey (The Truman Show) but also brings a great deal of depth and warmth in her performance too. 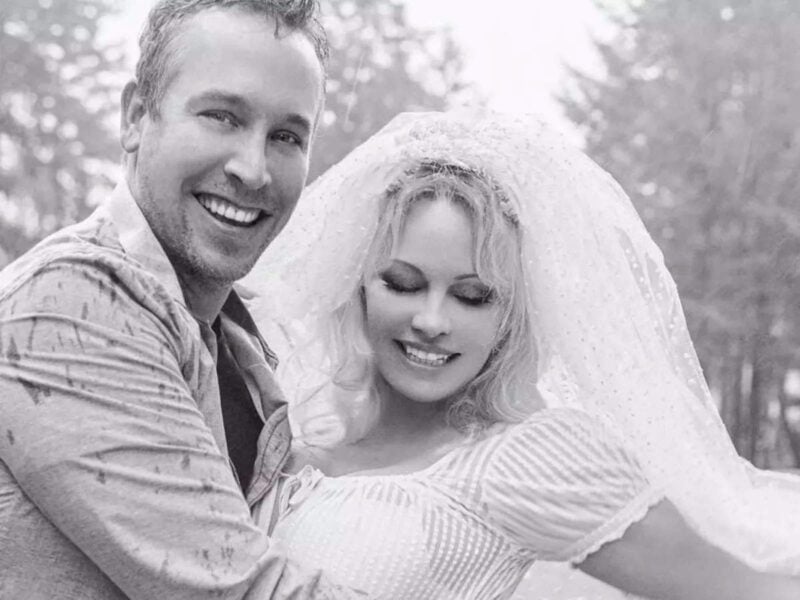 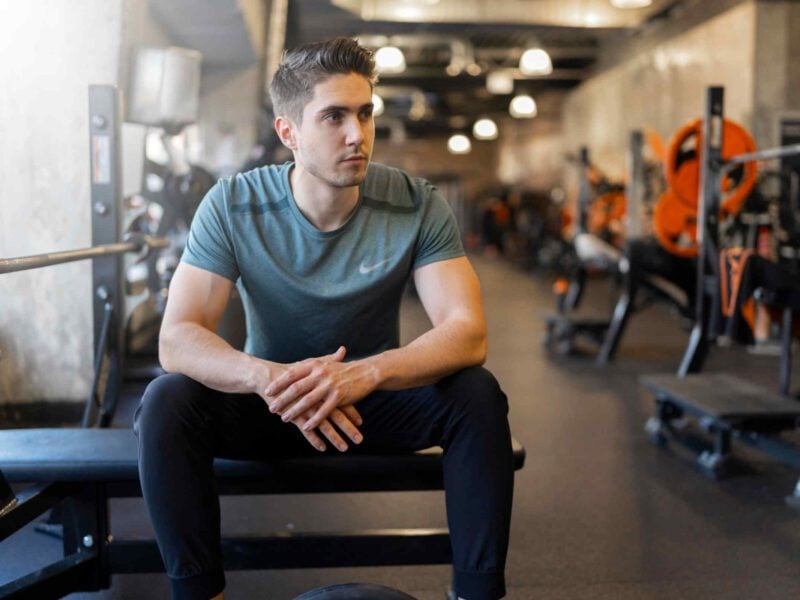 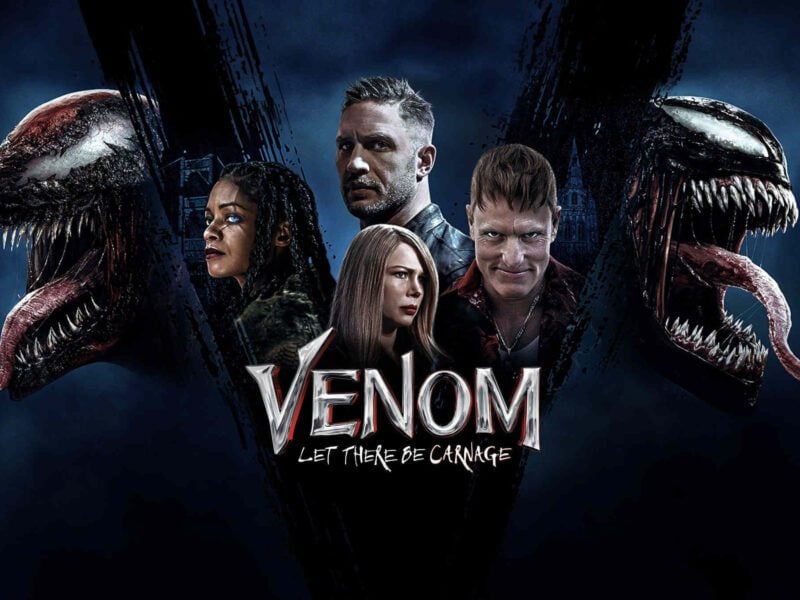