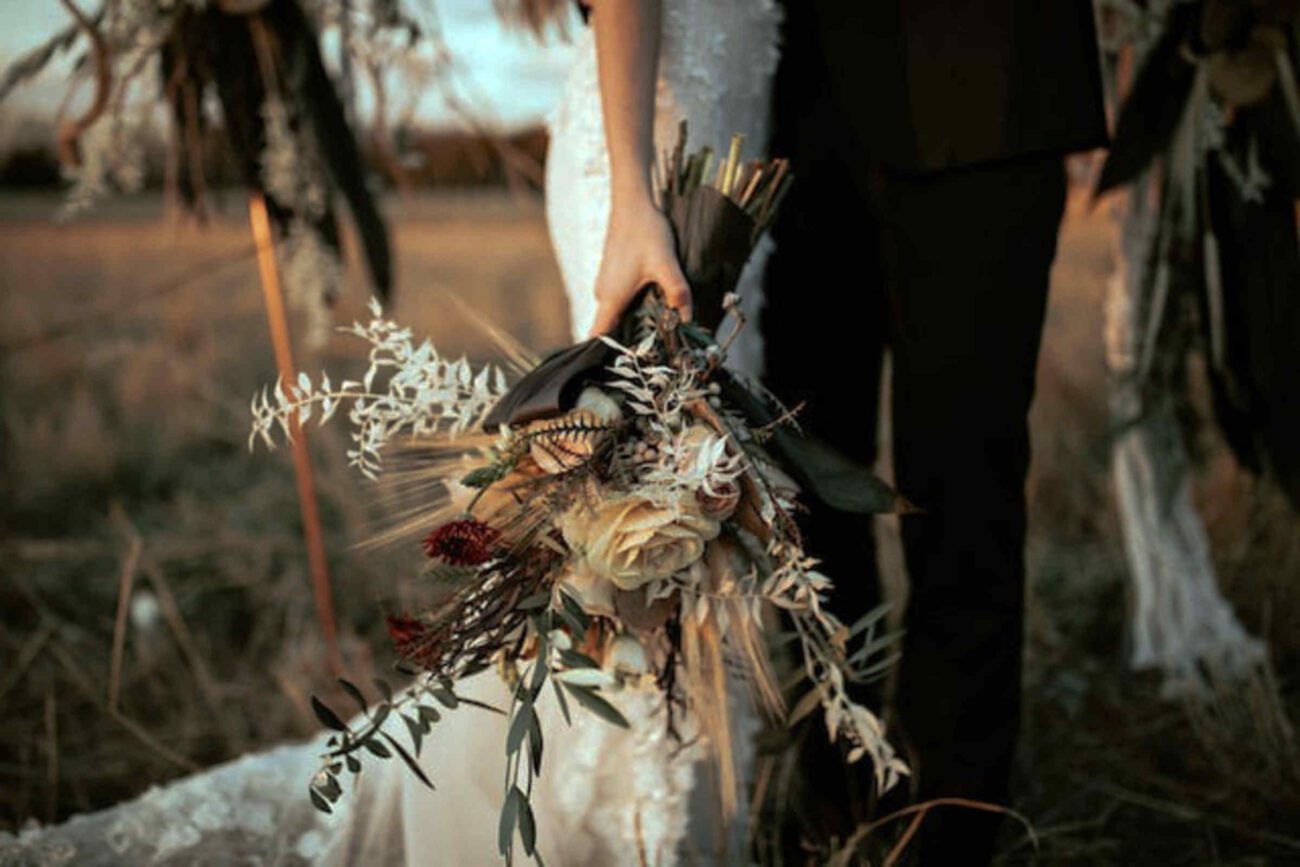 “The highest happiness on earth is marriage”, once said, William Lyon Phelps. Marriage as we know is one of the most celebrated events in human history. The union of two beautiful souls deeply in love is certainly an experience close to heavenly, says the experienced.

Celebrity weddings are no different, except for the expected grandeur and popularity. Where two years of the pandemic saw a series of wedding ceremonies getting adjourned, the birth of 2022 was certainly a green signal getting past the handful of weddings that took place in 2021.

Like mushrooms popping after the new rain, celebrities lined up for their biggest day with extended relief and joy. While some were more majestic than others, each caught the eyes of the paparazzi with equal delight. Below are some of the most popular and fan-favorite weddings that happened in 2022. Read on. 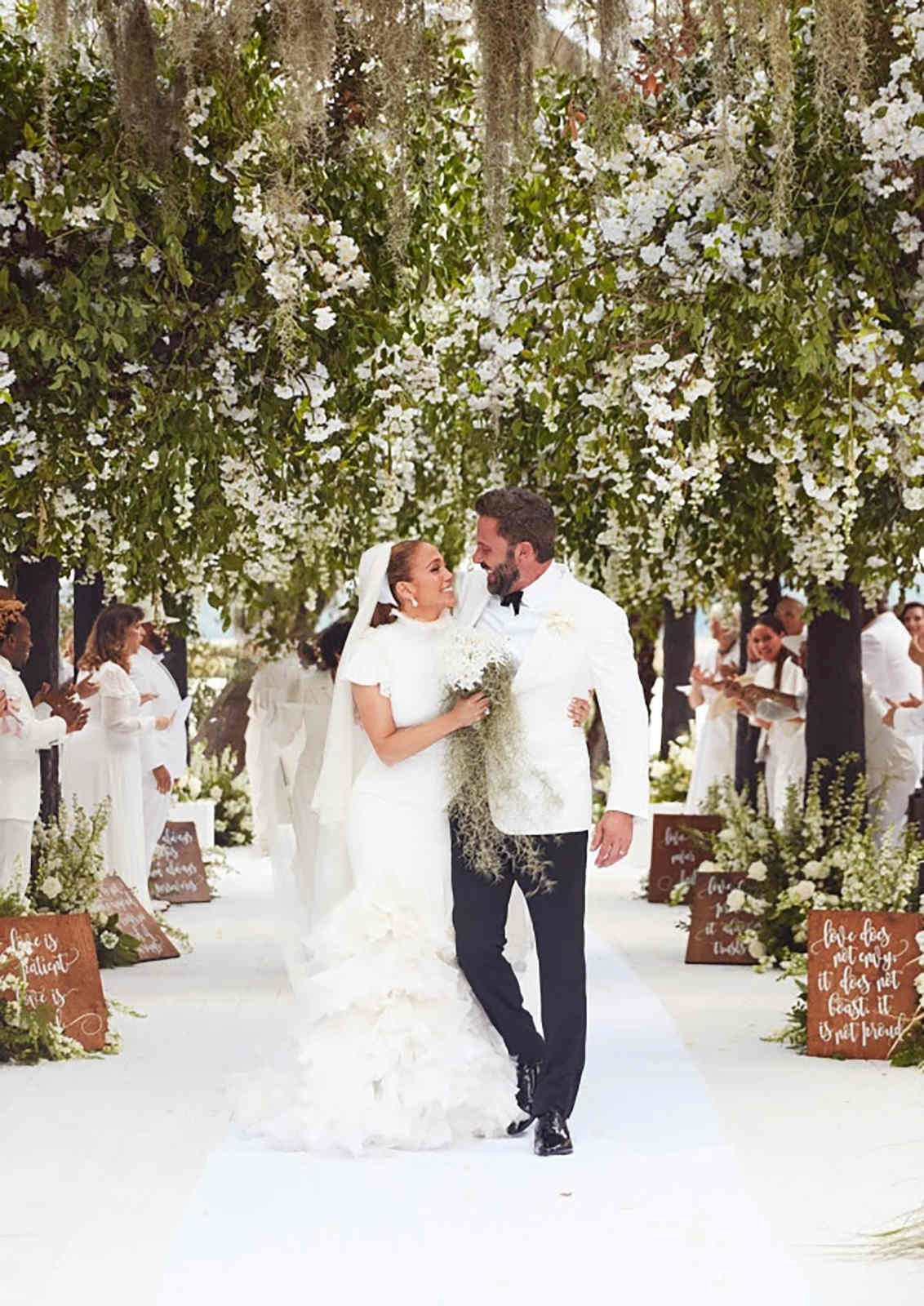 Often echoed as the most awaited wedding, the big stars tied the knot in Las Vegas on July 16. The star-studded couples announced their engagement back in April, and fans were equally thrilled and impatient for the wedding to happen.

While the initial ceremony happened in Las Vegas, a second and more lavish ceremony was held on Ben Affleck’s sprawling Georgia estate, located 45 minutes south of Savannah. The two time Oscar winner and Latin-American pop stars were happy to convey their acceptance once again in front of their A-list friends and family.

The marriage that went for 3 days straight garnered more attention for the list of stars that attended it. Matt Damon, Ben Affleck’s long-time friend, and Kevin Smith were spotted at the gala as they posted pictures of themselves on the Internet. 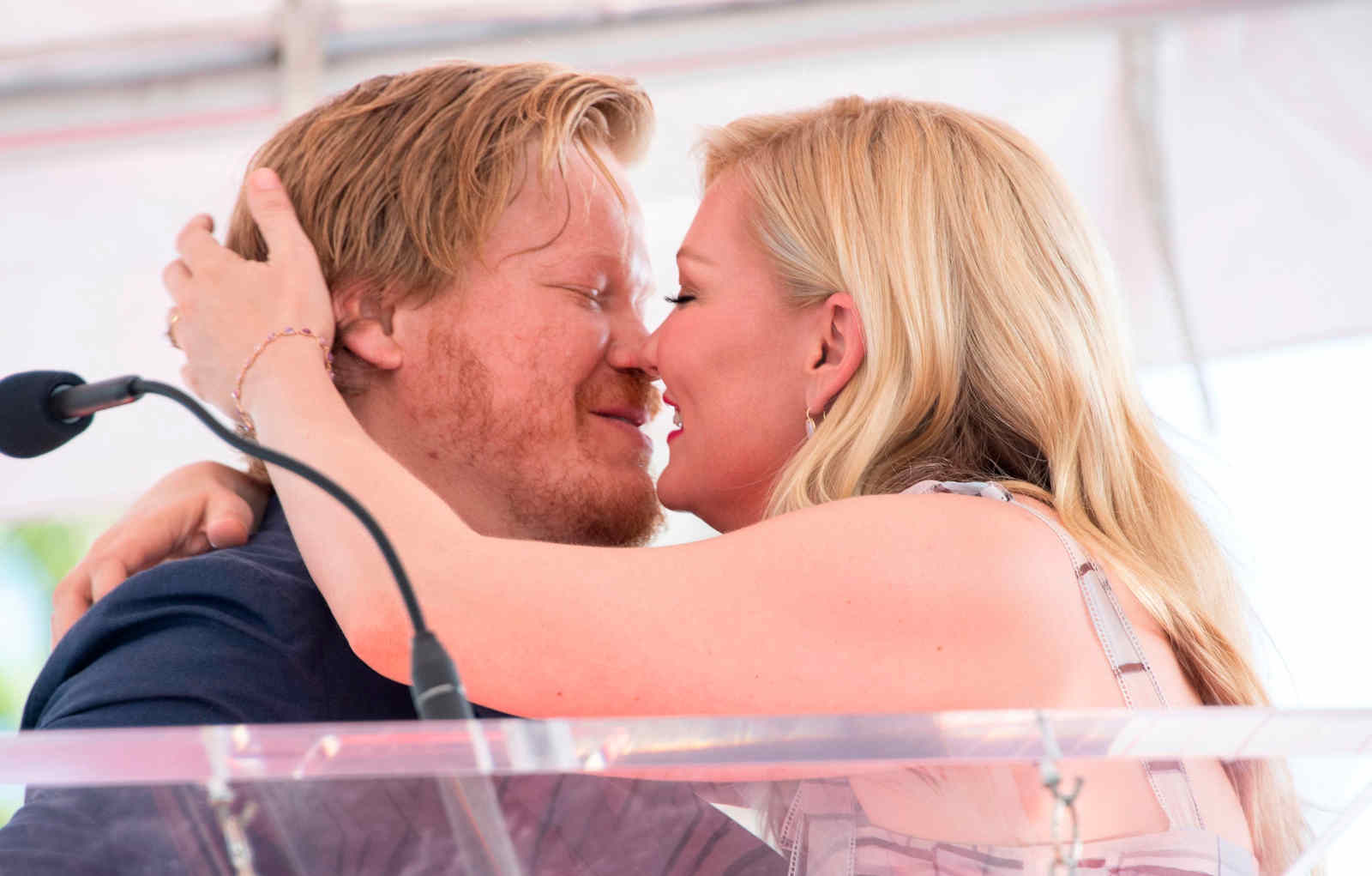 After 6 years of being together, Kirsten Dunst and Jesse Plemons have officially tied the knot at the Golden Eye luxury resort near Ocho Rios, Jamaica. On July 8th, one of Dunst’s representatives was the first to come forward and confirm that Dunst, of Spiderman fame, had secretly married Jesse Plemons on the 2nd of July, further adding that no details will be provided on the event.

The actors have been seeing each other since they first connected on the Fargo set of the FX series. Since January 2017, the media have captured Dunst wearing an engagement ring, while she was on the red carpet with Plemons.

Upon that capture, Dunst has been open in expressing her relationship. “We have to get married at this point. It’s ridiculous. We just haven’t planned a wedding,” she revealed in an interview during the Covid-19 period. “I didn’t want to be pregnant, get married, have a party, and not be able to have fun with everybody.” 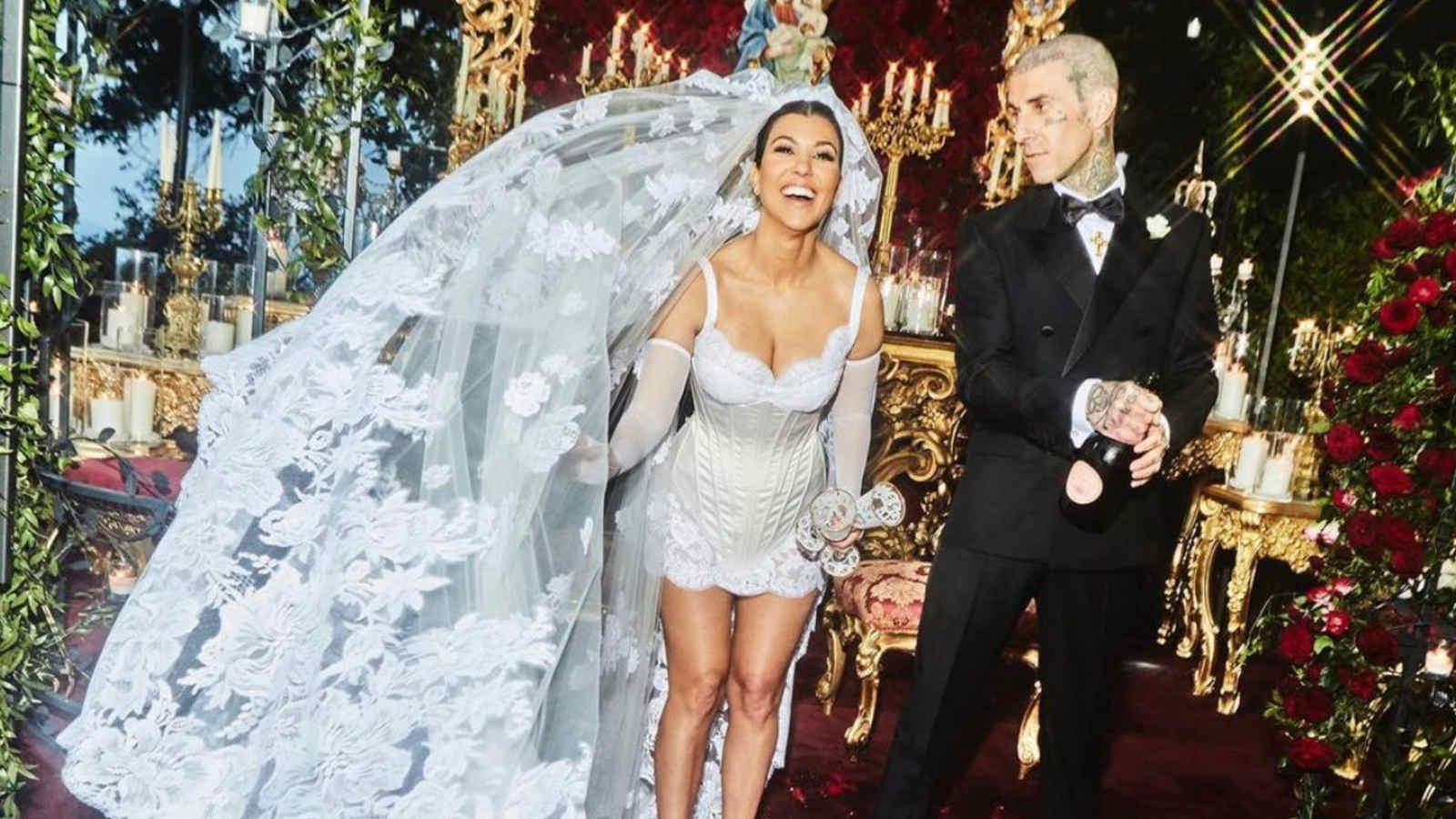 If there are two things that always go hand-in-hand, that’s fame and the Kardashians. The Kardashians have always been a steaming sensation on the internet and media world since 2017. With Kim Kardashian, the second eldest sibling in the family tree pioneering the fame ladder ahead of her sisters, none of the siblings sport second place.

Be it their relationships, shows, or controversies, people either love or hate them. Ignorance is never in their diaries. That being the case, Kourtney the eldest one has been grabbing headlines recently for her biggest day. Kourtney, aged 43 has finally tied knot with her boyfriend Travis Barker, a 46-year-old American musician who serves as the drummer for the rock band Blink-182.

With the duo overcoming the Bennifer couple, Kourtney and Travis conducted 3 consecutive nuptial functions at three different places in 3 different styles. Why one ceremony when you can conduct three, eh? If the first “I do” took place during a “practice ceremony” in Las Vegas in April 2022, the subsequent events unfolded on May 15 when the couple legally married in Santa Barbara, California in front of a few close friends and family, followed by a mega function on May 22 in Portofino Italy, being the last and final one.

Both couples were dressed in their exclusive Dolce & Gabbana costumes. Kourtney wore a white lace minidress with a corset bodice, while Travis sported a classic double-breasted tuxedo and bow tie. 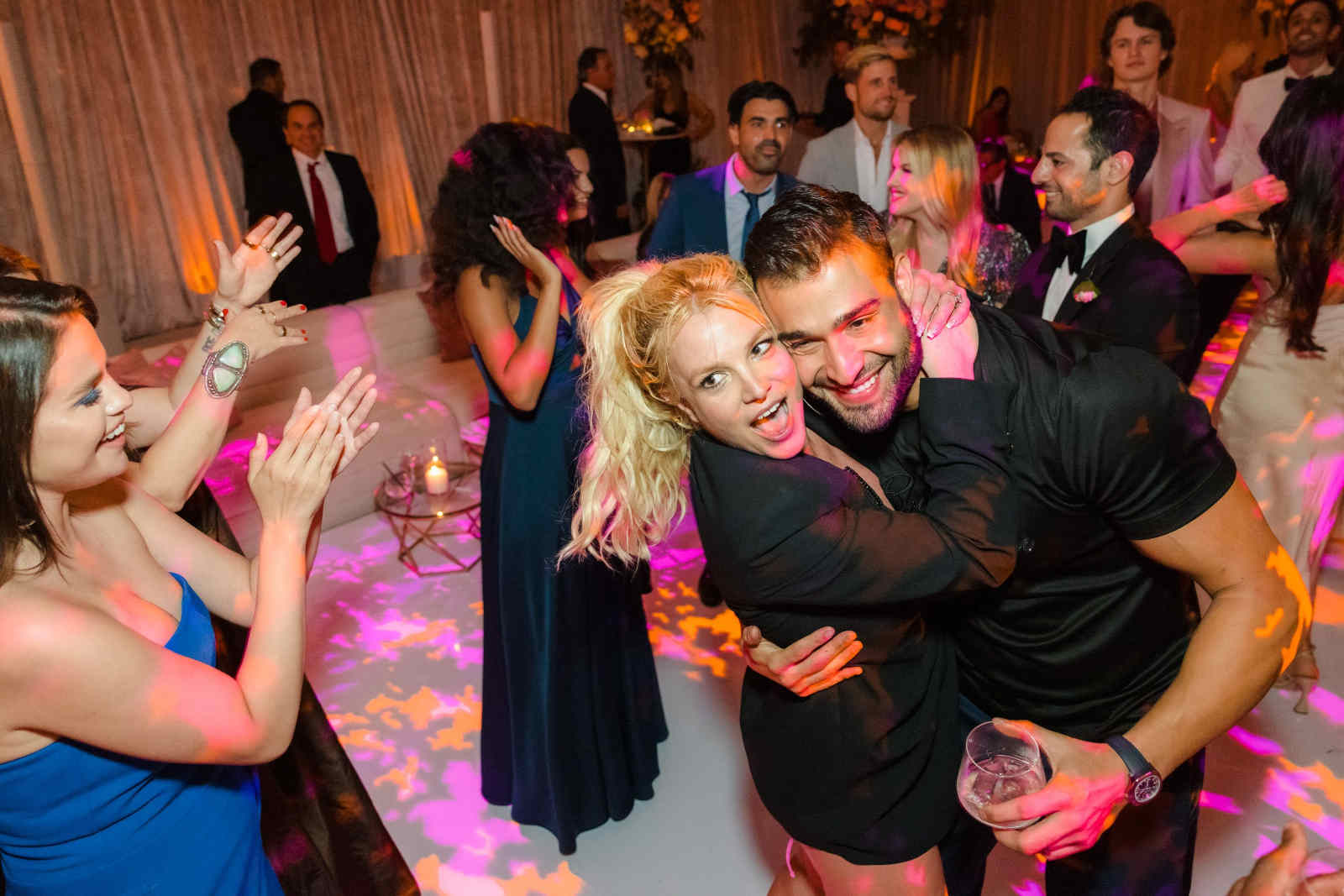 Finally, the evergreen icon of the 90’s kids has done it. Britney Spears, the “Princess of Pop” finally married her long-time fiance Sam Asghari, on June 9 in the backyard of her mansion in Thousand Oaks, Calif. An Iranian-American model, actor, and fitness trainer, Sam Asghari met the singer in October of 2016 on the set of her “Slumber Party” music video when Sam was cast as her love. Reflecting and remembering her first impression of Sam, her fans also echo her sentiment in saying that he’s quite the catch.

In September 2021, Sam proposed to the couple with a traditional 4-carat round brilliant cut diamond solitaire in a platinum cathedral setting designed by Roman Malayev. 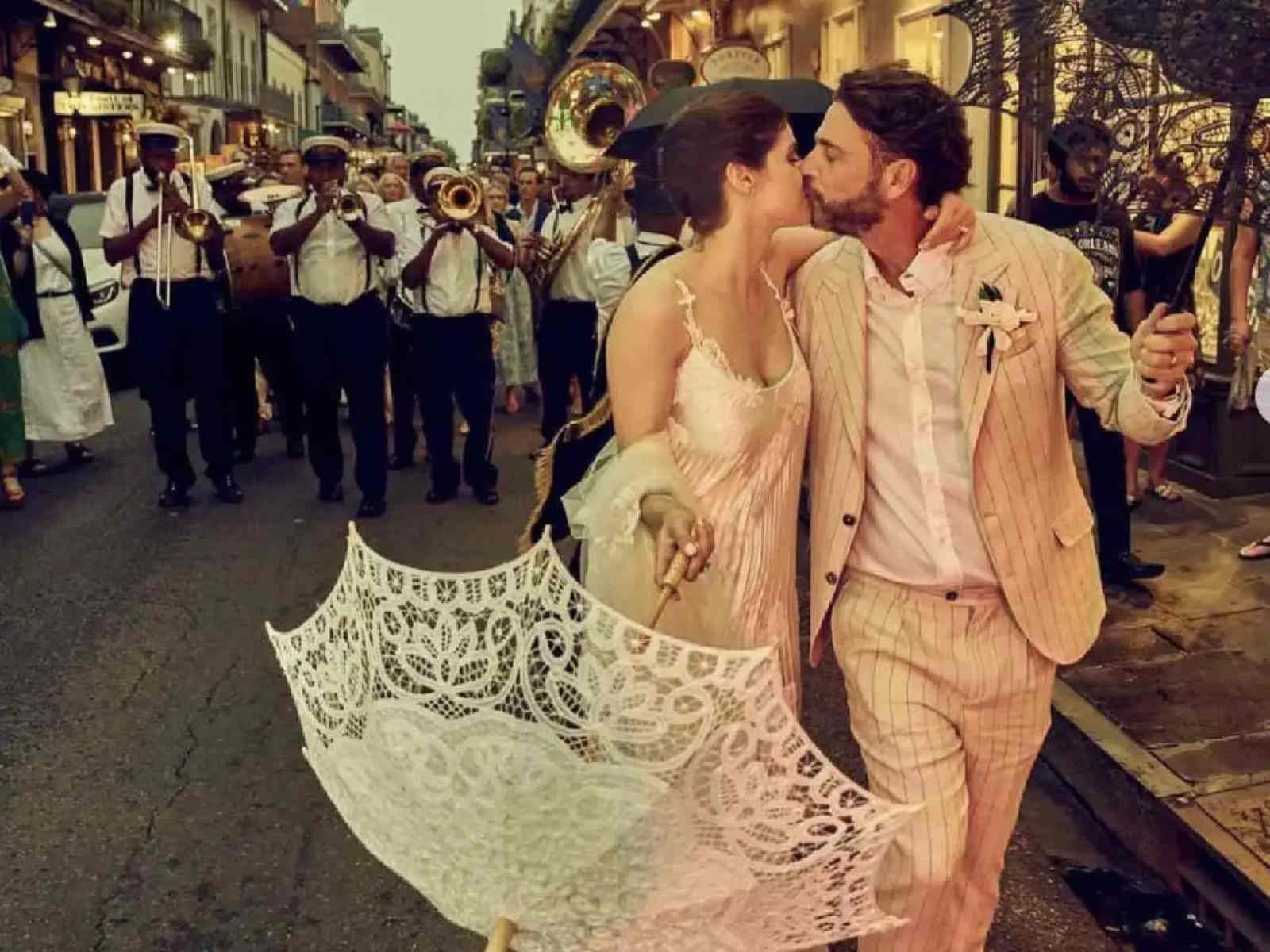 Producer Andrew Form and actress Alexandra Daddario are now legally wed. This June in New Orleans, the Percy Jackson star and the A Quiet Place producer exchanged vows at Preservation Hall, followed by a reception at Bar Marliou.

“We were trying to achieve a laid-back aesthetic,” Alexandra Daddario explains to Vogue. “We loved the look of Preservation Hall—it was so old, so historic. It lets its age and ‘flaws’ show. That’s what makes it so beautiful. We wanted it to be about music, drinking, and authentic New Orleans.”