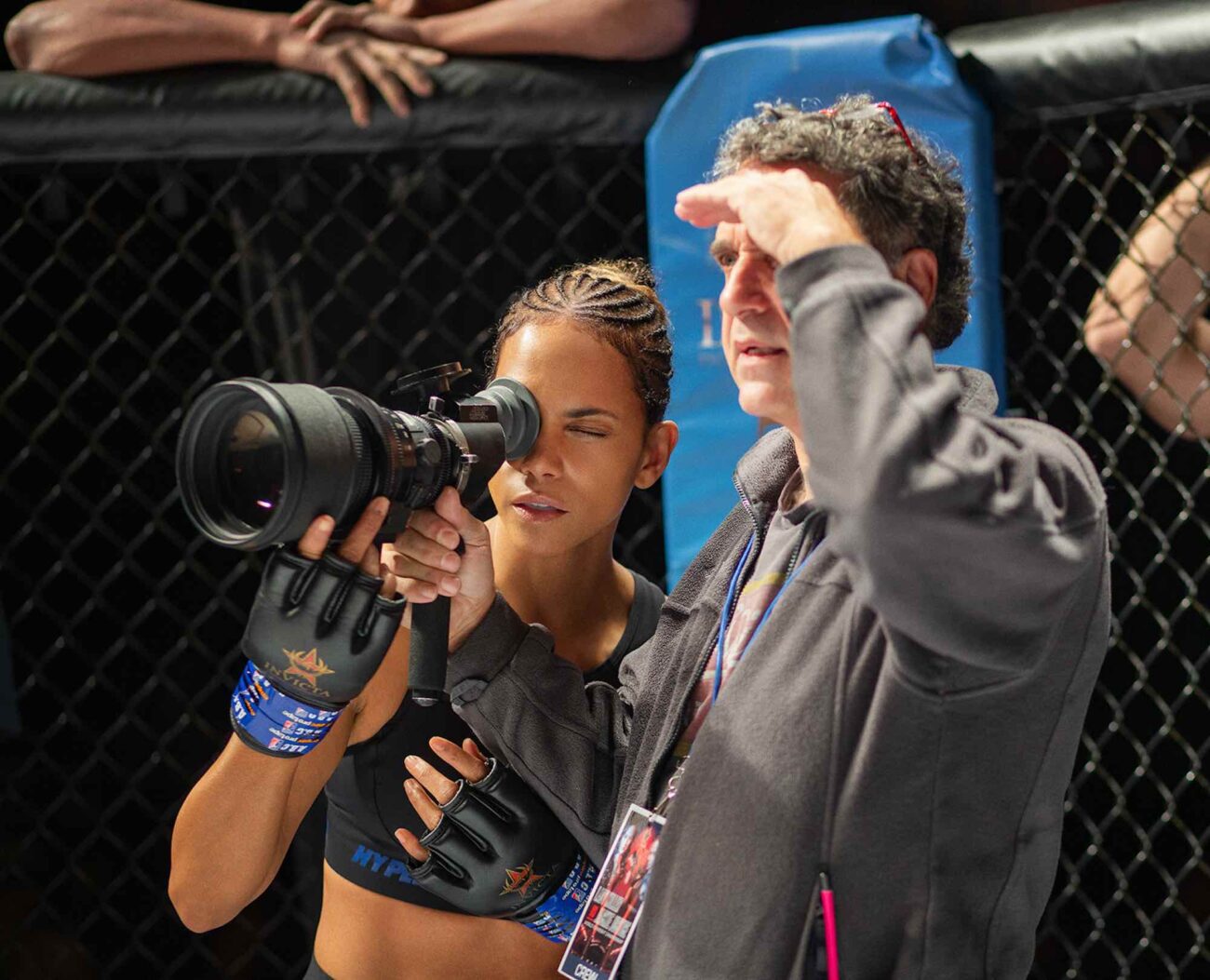 Is Halle Berry doing her own stunts in her new movie? Behind-the-scenes

Halle Berry has had a weird career. At least for those of us who watched her career from childhood. Yes, she won the Oscar, the first & only black woman to win Best Actress, for Monster’s Ball back in 2001, but she hasn’t been a mainstay in Hollywood like Ryan Gosling, Amy Adams, or even her X-Men co-star Hugh Jackman. Berry tends to be more of a wave, in & out of the public consciousness with every movie that she makes.

Now, however, the 54-year-old actress seems to be on the brink of another comeback. Halle Berry is directing & starring in her next movie, Bruised. Netflix is set to release the movie on its streaming platform in Nov. 2021. Who knows? The film could perhaps be Berry’s next huge hit. We could see her back on the red carpet or something if the movie does well enough.

In an interview with Entertainment Weekly, Halle Berry talked about her upcoming movie, doing her own stunt work, and aging in Hollywood. Could Bruised be the next big hit of Halle Berry’s wave like career? What sort of wisdom has the actress learned over her career? Here’s everything that you need to know. 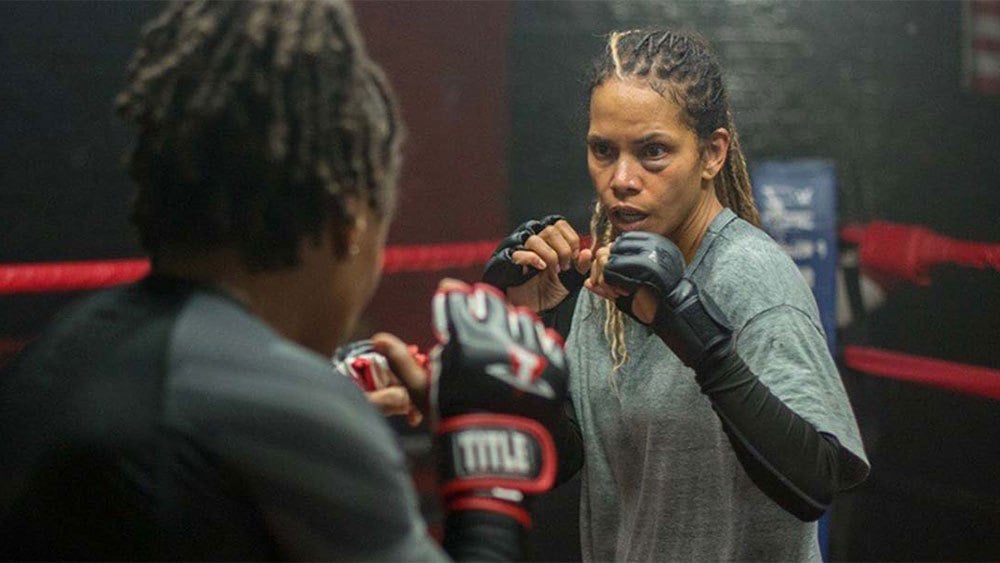 What drew Halle Berry to Bruised?

Bruised, which is a film about a disgraced MMA fighter trying to be a better mother for her son, was originally a Blake Lively vehicle with a male director at the helm. Berry said, however, that it stuck with her. When Lively left the project, Berry said, “So about six months later when [Lively] decided in her own time that it wasn’t for her, I went to the producer, Basil Iwanyk, who I’d just done John Wick 3 with, and gave him my pitch. And he said, ‘Great, we love that idea. Now go find a director.’”

As for her idea? Berry said, “I couldn’t get it out of my mind, so I thought, is it possible that this could be reimagined for someone like me? Because I think I have a take on it that could actually work — making it about a middle-aged Black woman, someone fighting for a last chance rather than another chance”. She added, “[W]hen you’re at a certain stage in life it becomes something more impactful and meaningful, right?”

Berry did try to find a director, but when no one was seeing what she saw, she went back to Iwanyk and said she wanted to direct the film. “I had to go back and say, ‘I’ve tried really hard, but what’s in my head, no one else sees. This is going to sound really crazy because it’s crazy for me to even think it, but I think I should direct this.’” He agreed, which is how Bruised back her directorial debut. 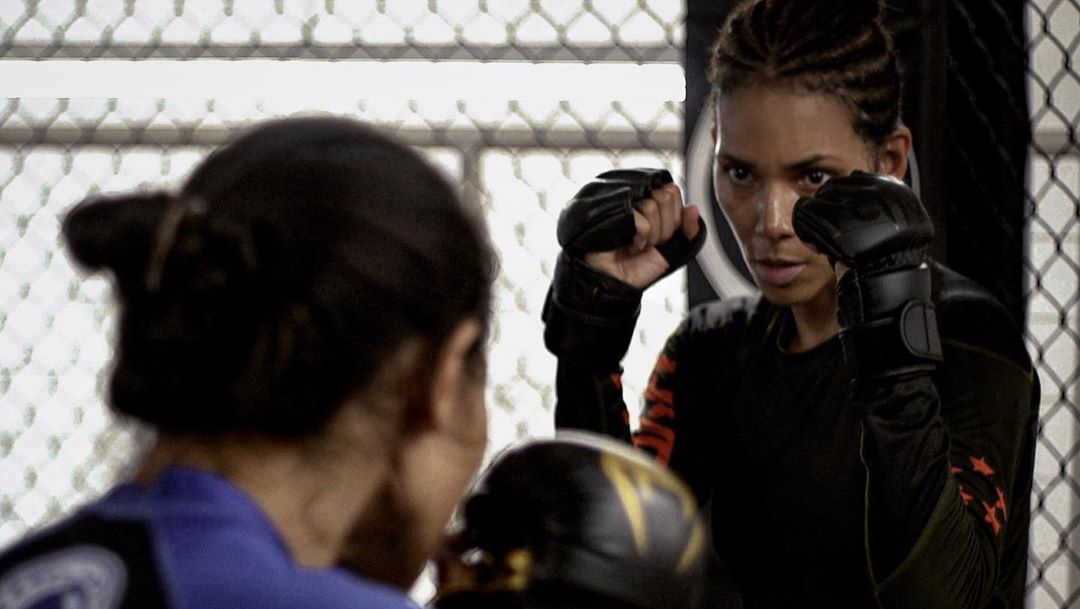 On age and Hollywood

Halle Berry, as any fan can tell you, goes hard for her roles. On the set of John Wick 3, Berry broke two of her rubs. On the first day for Bruised, she also broke two of her ribs. They are, she feels to note to EW, different from the two ribs that she had previously broken. That’s four ribs broken while filming this stuff, Halle. We’re getting a little concerned.

Still, Berry enjoys where her career has taken her. She reflected, “It used to be when you were 40 your career was done, and I mean really done. Or you had to wait until you were old enough to play a grandma, and then you could have another bite at the apple, right? I mean, I couldn’t think that I’d be playing an MMA fighter at 54 years old. Yet I did, so it’s got to be changing. I’m proof of that”.

Are you excited to see Halle Berry in Bruised? What is your favorite movie from the actress? Let us know in the comments down below!