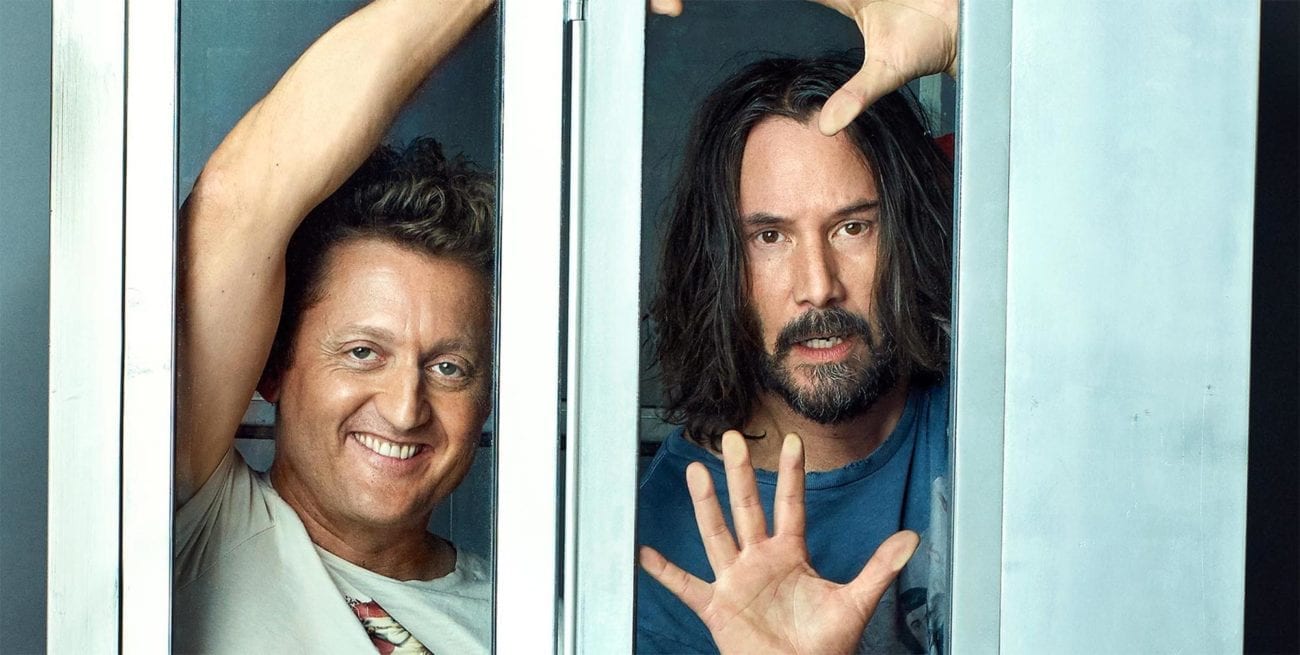 Prepare to shout “Whoa!” and “No way!” before breaking into an impromptu air guitar solo. Keanu Reeves & Alex Winter reunited for Bill & Ted Face the Music over a year ago, and most fans agree that it was worth the three decade wait.

Directed by Dean Parisot (Galaxy Quest) and written by original creators Chris Matheson & Ed Solomon, the film saw middle-aged Bill & Ted joined by their daughters in search of a song that can bring some much-needed harmony to the universe. Some new historical figures and music legends helped the two with their critical quest as the fabric of spacetime collapses around them.

It was one of the few instances where a reboot of a beloved title feels absolutely necessary. The world needed Bill & Ted in 2020, and we were thrilled to welcome them back. To help us celebrate this truly excellent reunion, we had to rank the ten best Bill & Ted moments ever. Be excellent to each other. 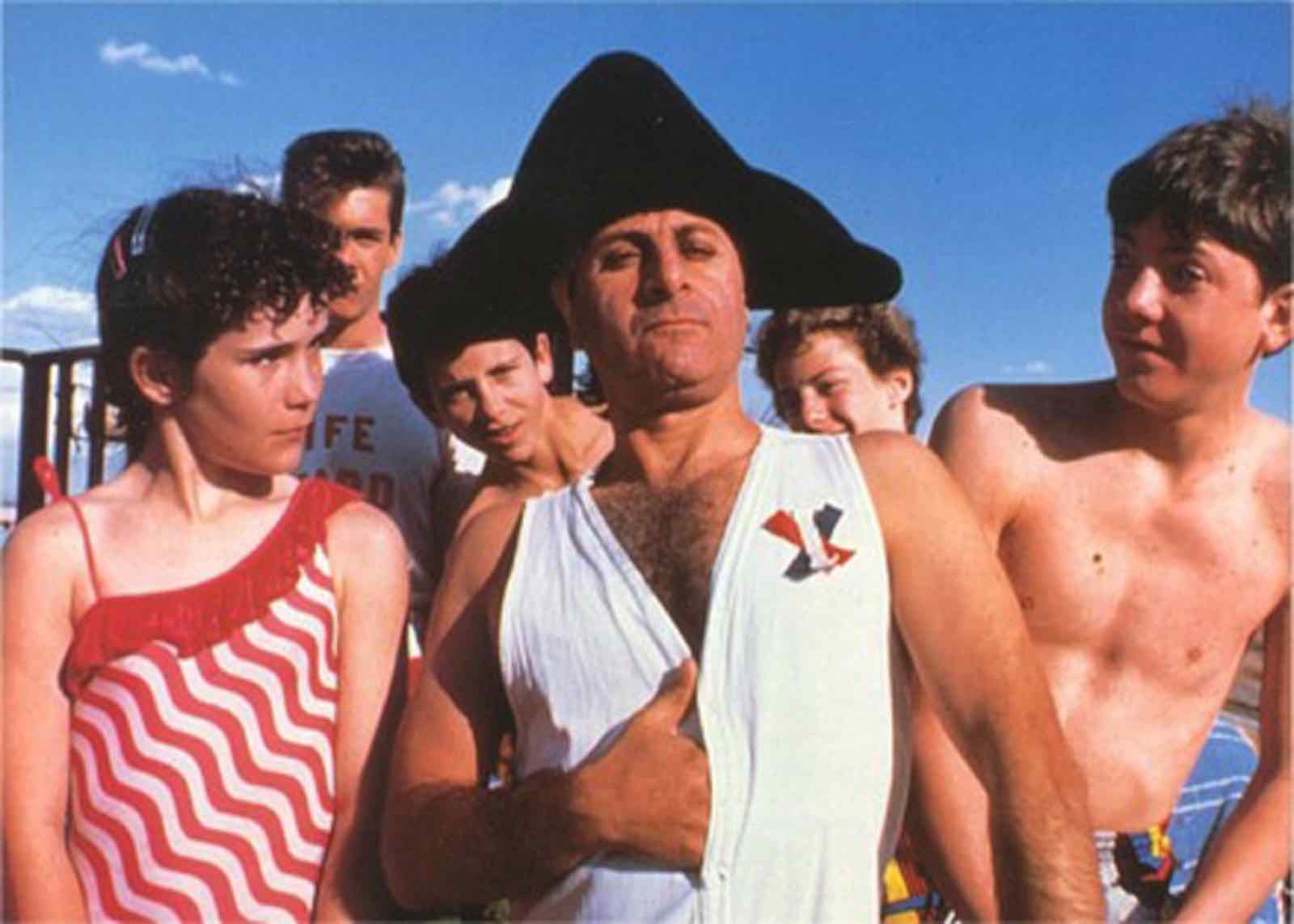 Napoleon at a waterpark! What could be better than that? Except for seeing the diminutive French leader face his fear of water and love the place so much he kicks a kid off the slide so he can go down instead. 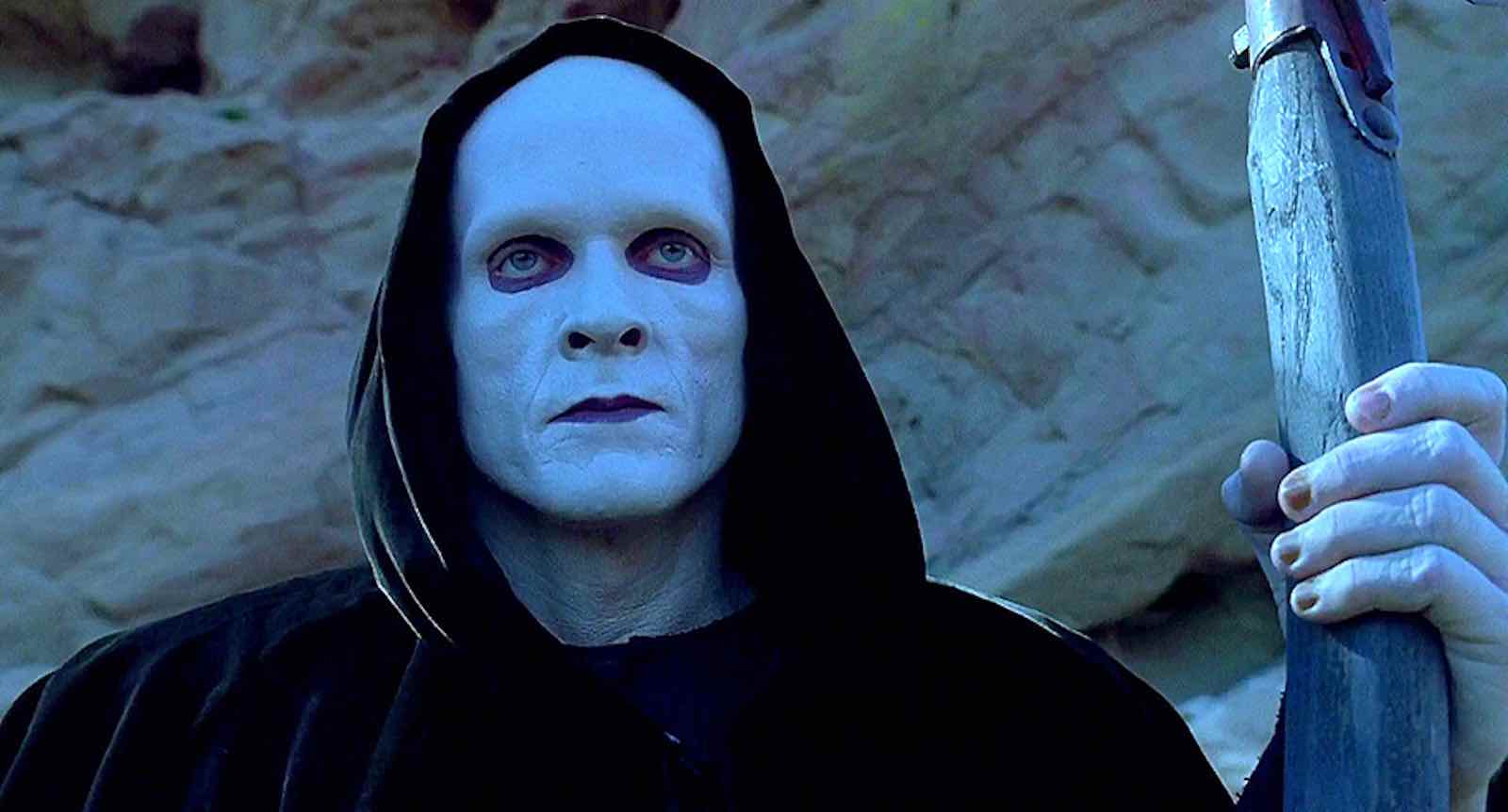 Turns out the Grim Reaper is a total sore loser. Who knew? Bill & Ted did after battling the death dealer for their freedom with some of the world’s most intellectually and physically challenging pursuits – Battleship, Cluedo, and Twister.

In a scene that offers solid advice we can all learn a valuable lesson from, Bill & Ted meet the future council where they communicate in air guitar and propose that people “be excellent to each other”. Amen to that, brothers! 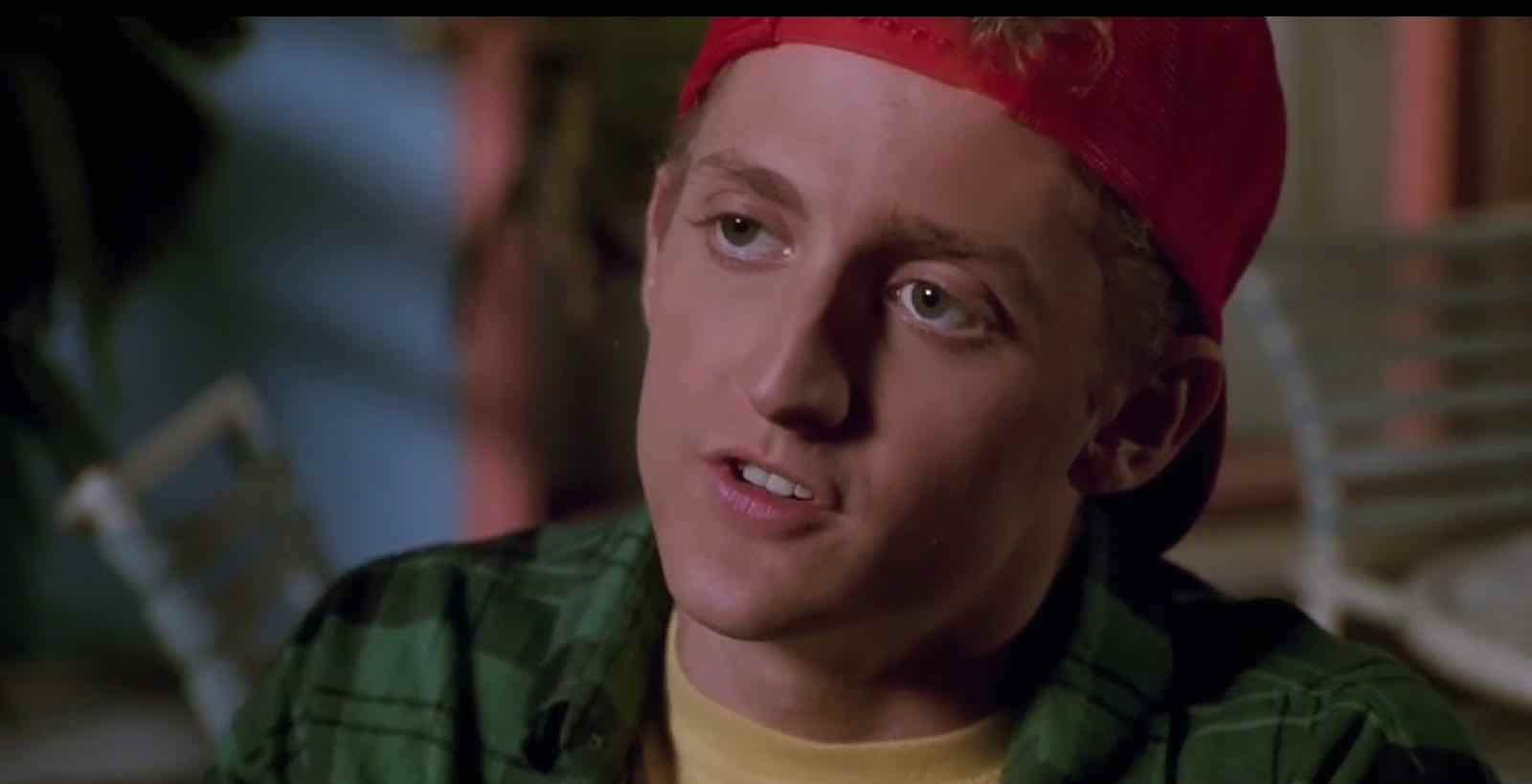 In the only proposal speeches in the history of engagements to contain the words “woodpeckers” and “blowfish”, Bill & Ted propose to their bodacious princess babes in their singular (and irresistable) manner.

Billy the Kid asks the two to help him cheat at poker and sweet mercy their disastrous attempts at poker faces made us blow a gasket of chuckles when we were children and it still tickles us beyond what is normal to this day. 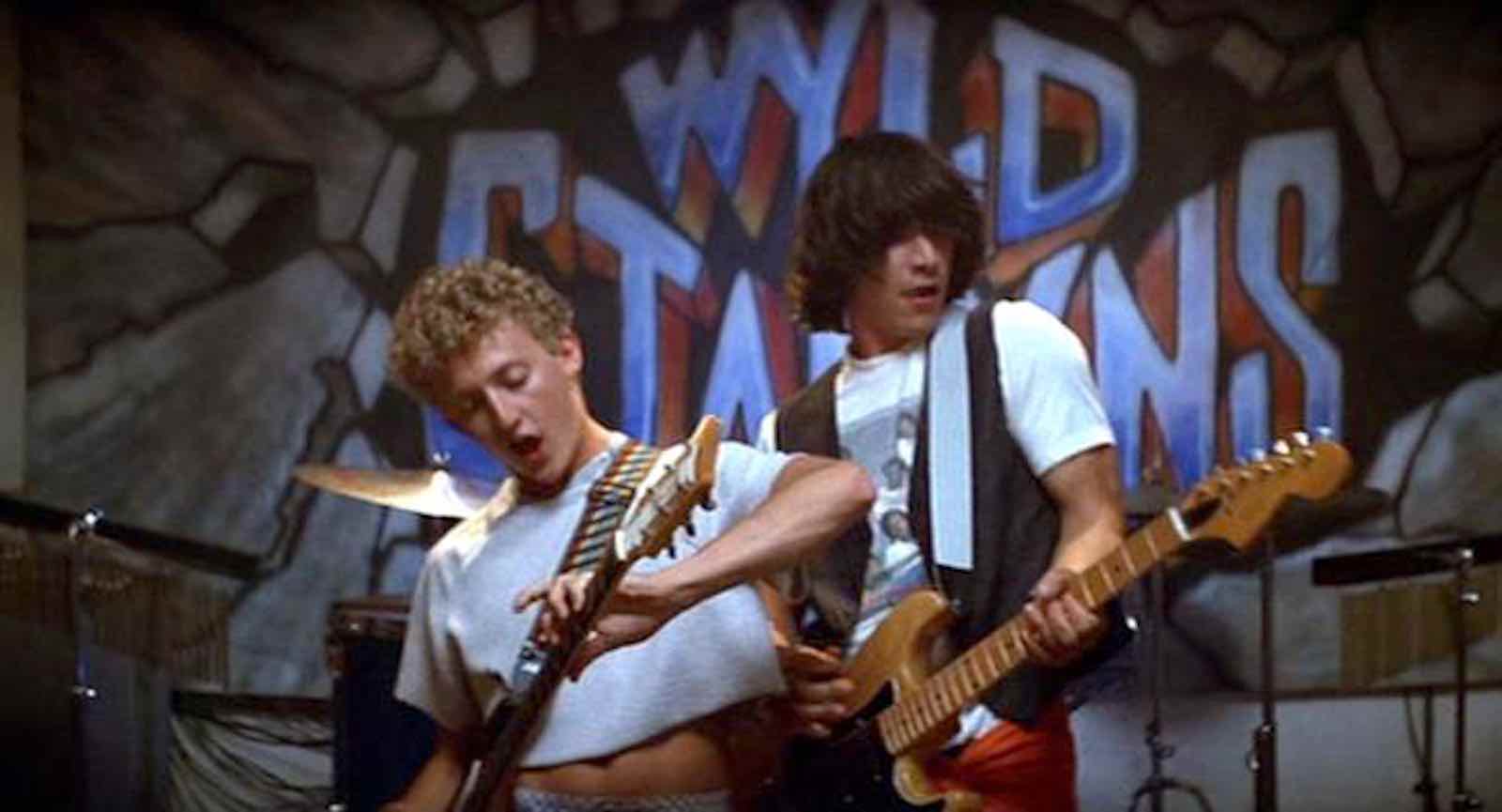 5. Rufus shows off his guitar skills

Faking some modesty before plugging it and wailing on the beast, Rufus proclaims that he plays the guitar “a little” before absolutely slaying a solo on the thing. It is, as Ted suggests, most outstanding. 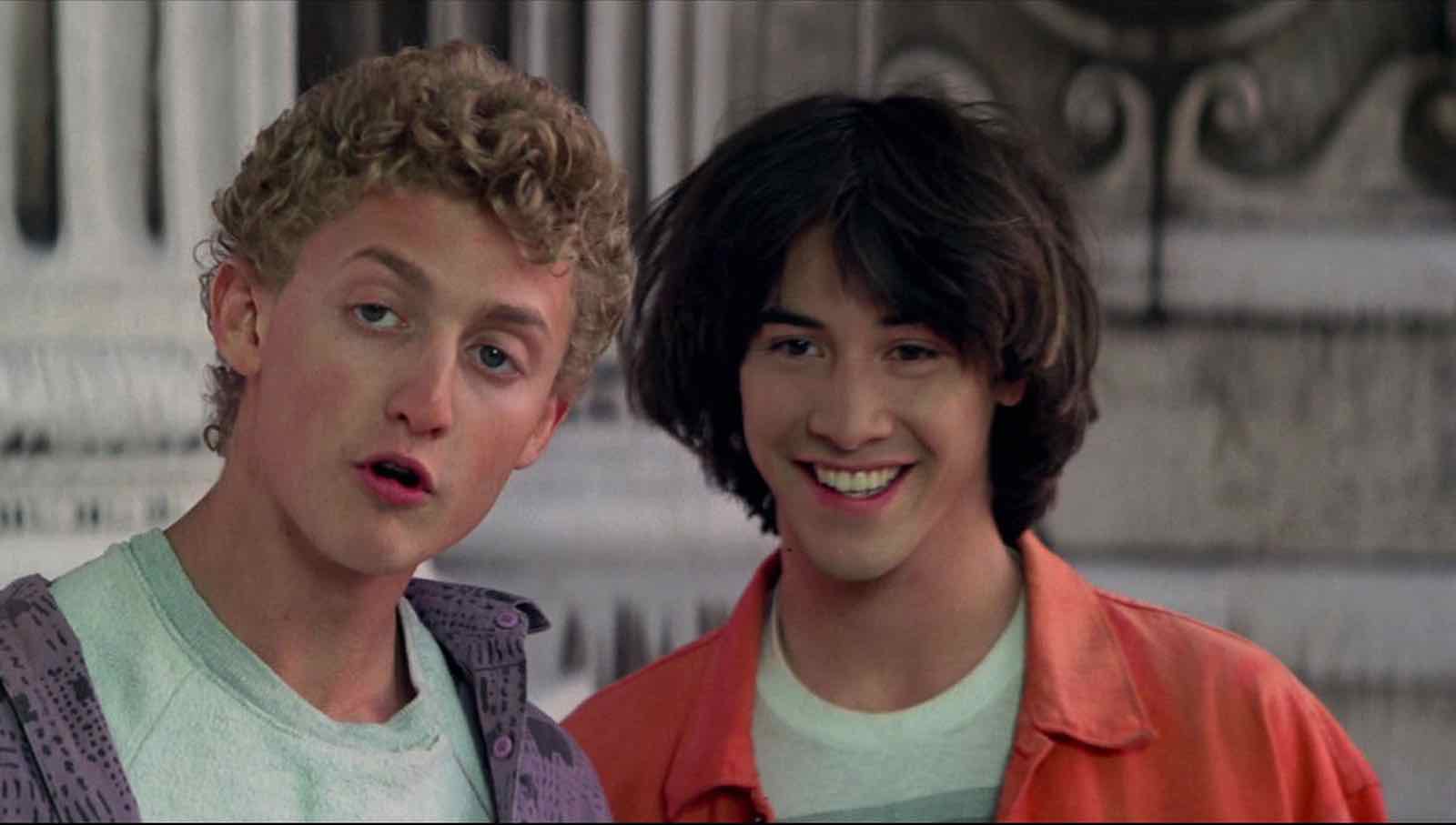 4. Socrates has his mind blown 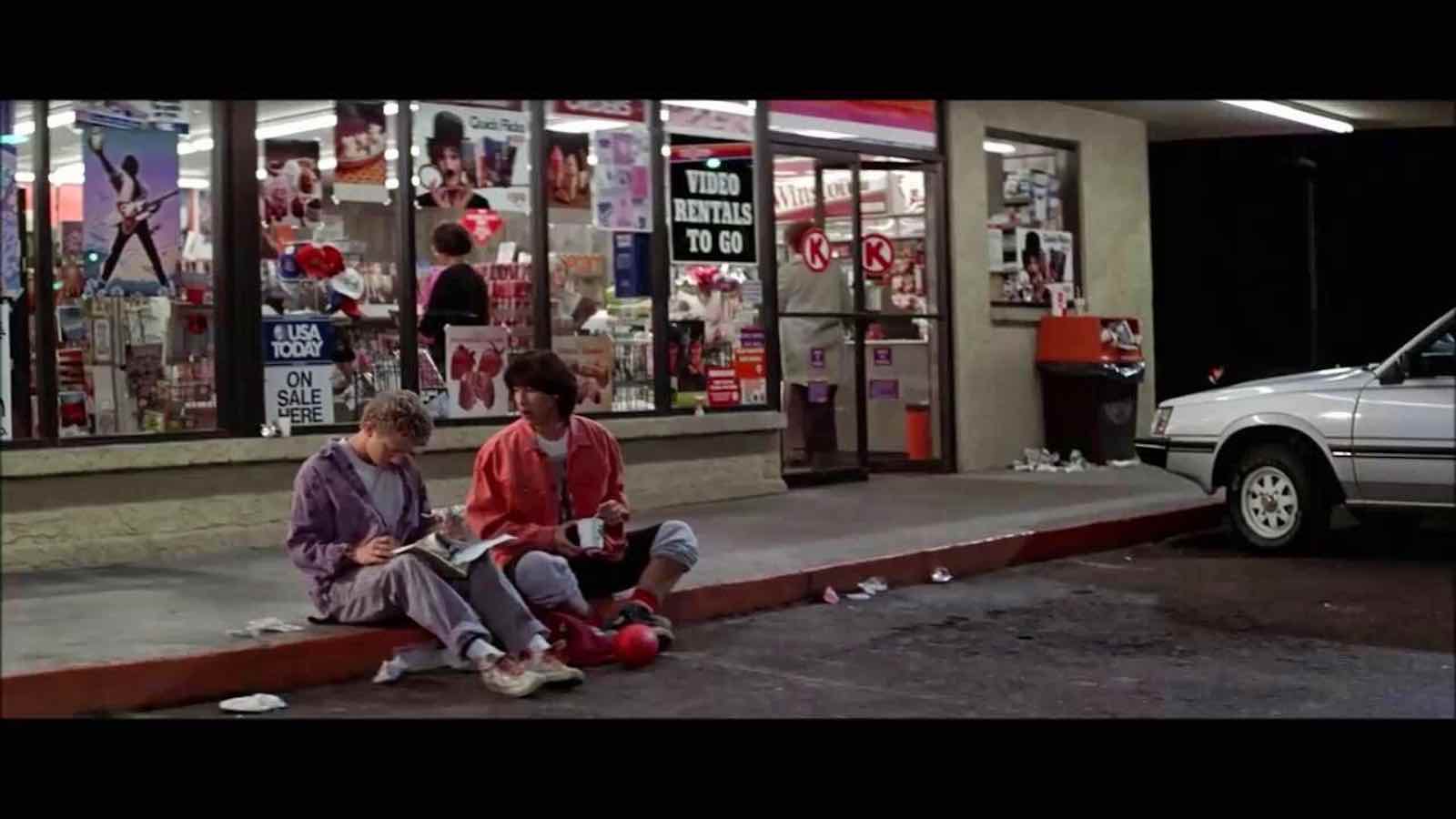 When Bill & Ted meet Rufus (George Carlin) for the first time they’re barely fazed by a mysterious dude in a flying phone box. All they want to know is “when the Mongols ruled China”, setting up the premise of the movie quickly and easily and with just the right amount of endearing stupidity. 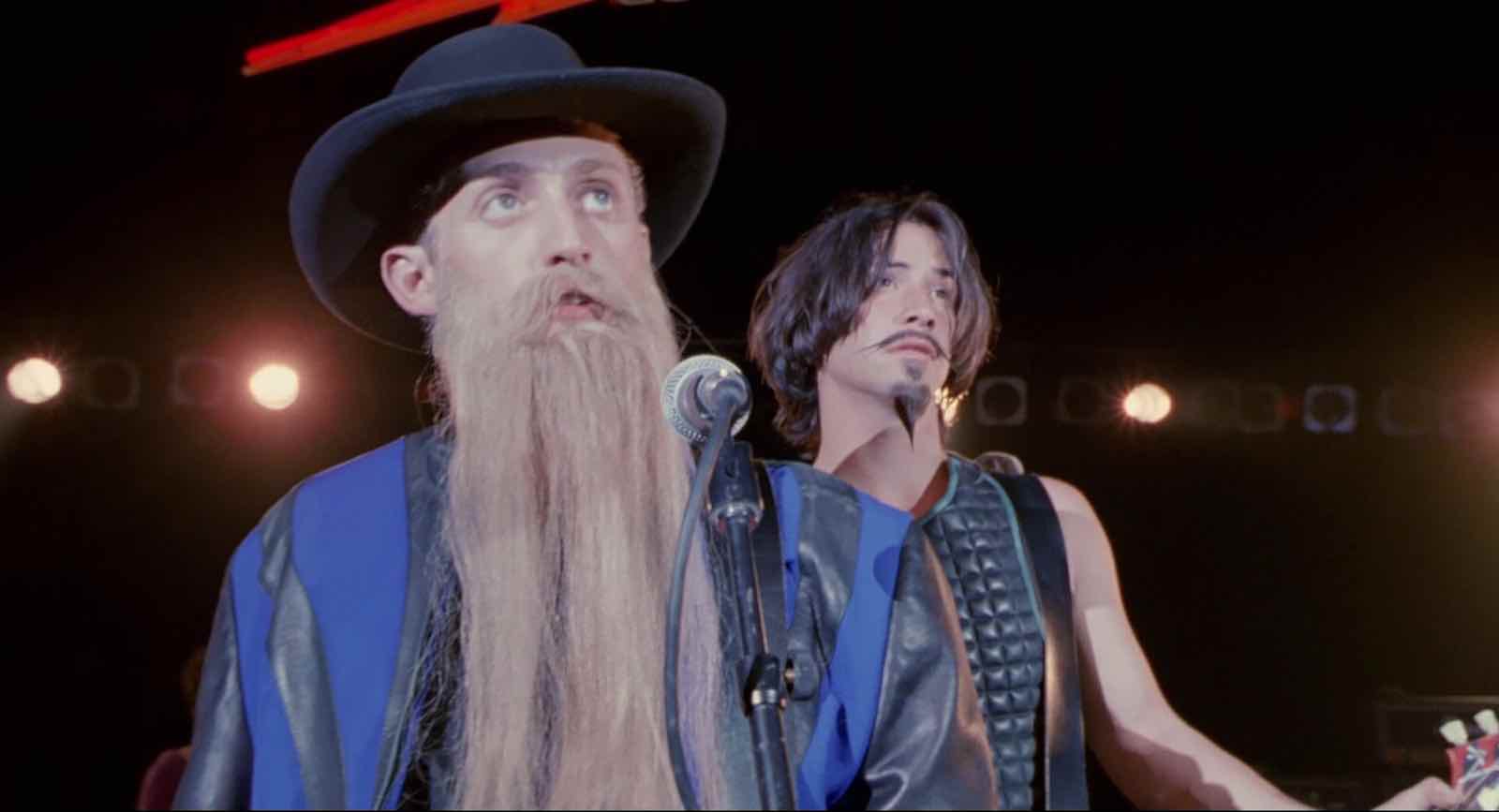 One of the most uplifting moments in the history of cinema has to be Bill & Ted achieving their dream of rockstardom with Wyld Stallyns and proclaiming that “now” is the only time that matters before blazing into an uproarious rendition of Argent’s “God Gave Rock and Roll To You”. The whole planet goes positively wyld for the Stallions, and who can blame them? 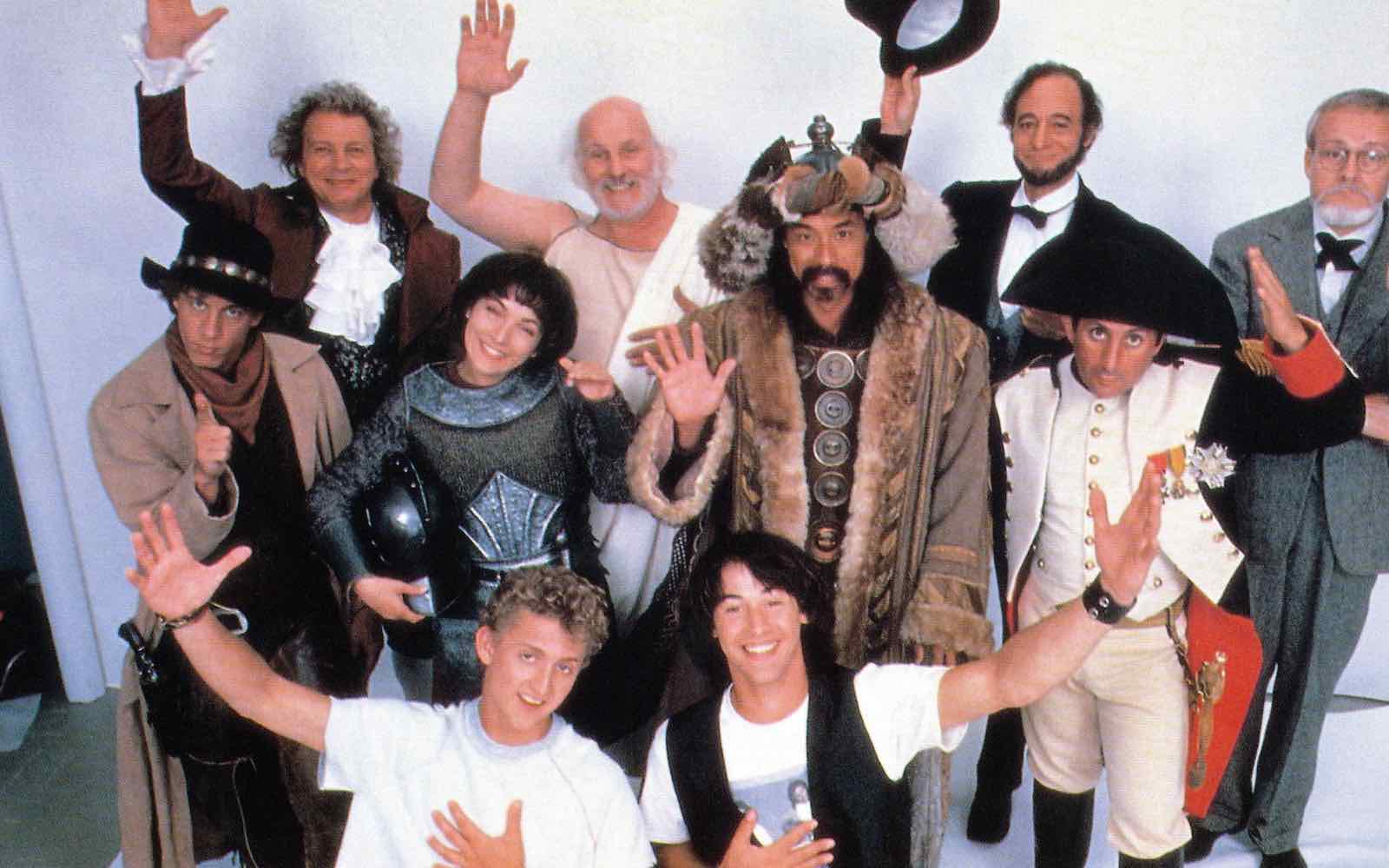 1. Historical figures take over the mall

The dudes bring pandamonium to the mall as historical figures are left to run amuk within it. Abe Lincoln gets into a fight with a young photographer, Joan of Arc takes over an aerobics class, and Mozart totally slays on a stack of Casio keyboards. The 90s were officially the Wild West of teen cinema. 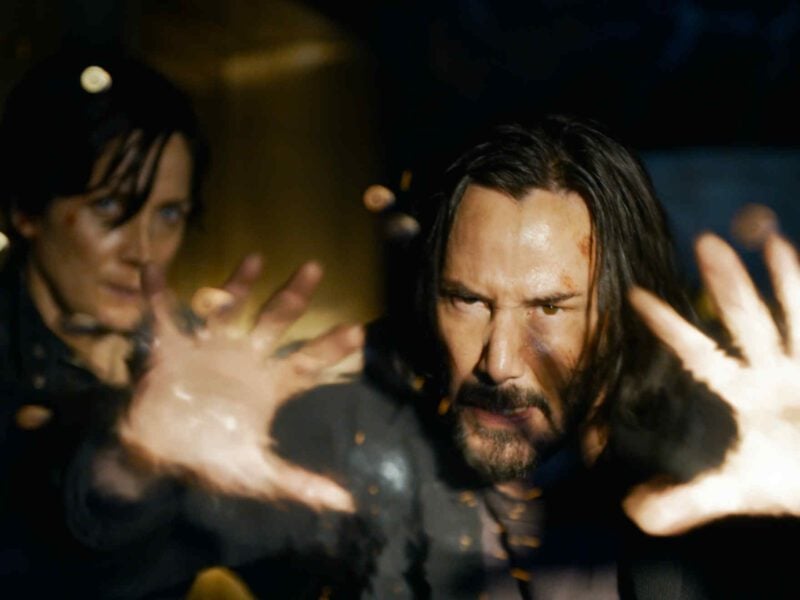