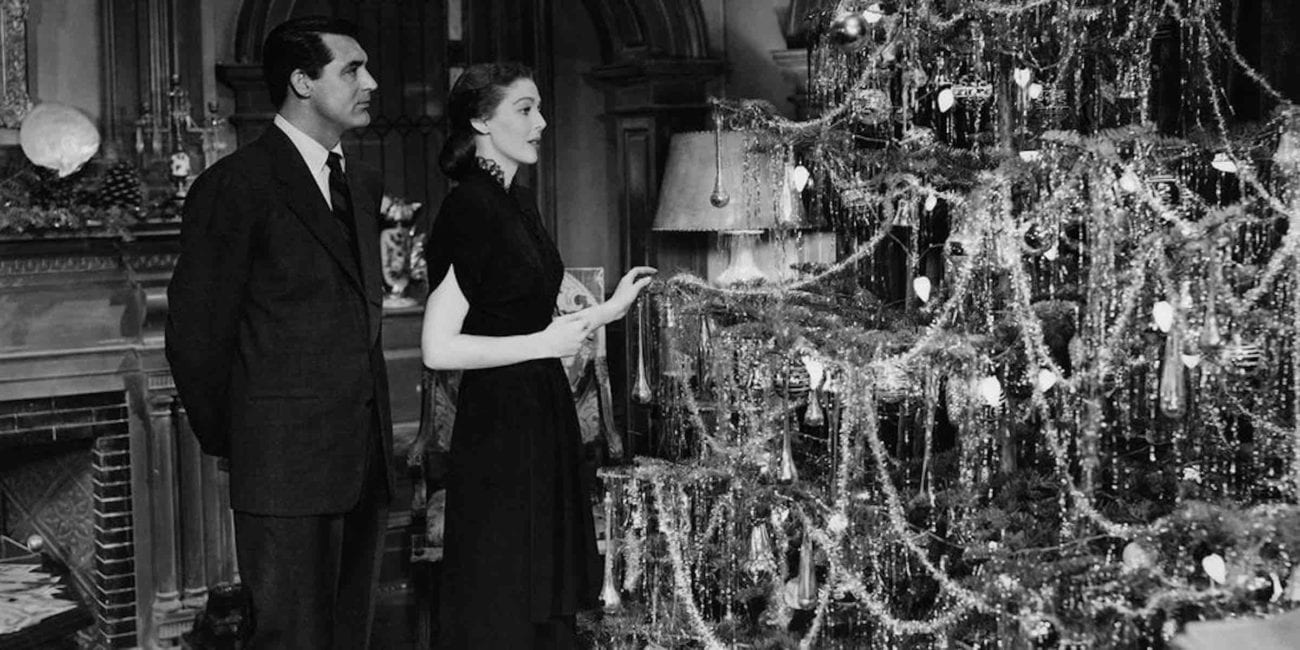 What are the best classic Old Hollywood Christmas movies?

We happily set aside the month of December for Christmas movies. Our favorite shows have made it to their mid-season break, so it’s time to bust out the hot cocoa and curl up by the fireplace to immerse ourselves in holiday cheer.

While there is absolutely a place for Elf, Home Alone, and A Christmas Story on our holiday must-see list, sometimes we need to bring it all the way back to the real classics. Take a step back to old Hollywood with us, as we list our favorite Christmas movies that manage to enthrall us without BB guns and attacking raccoons. 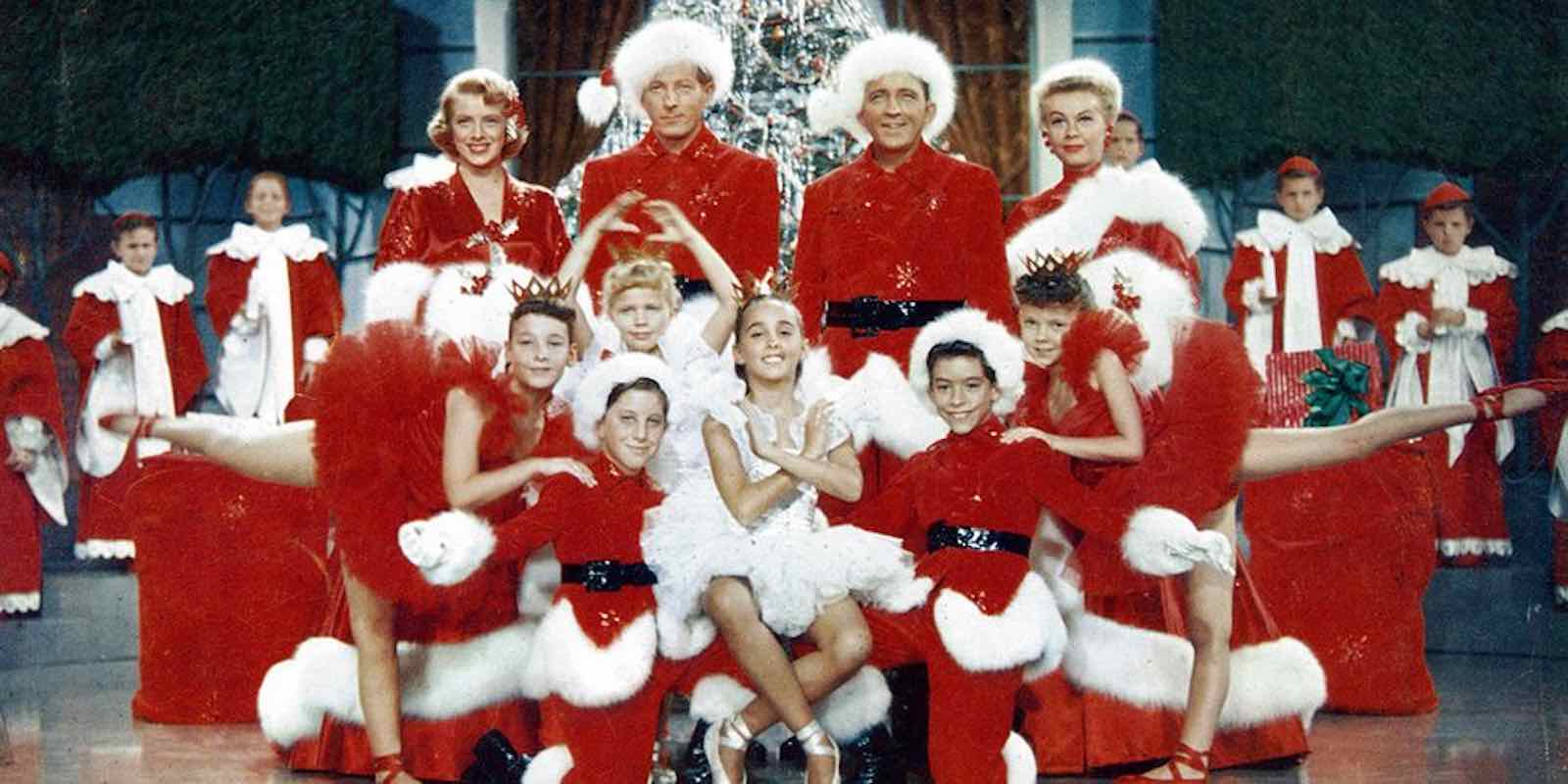 White Christmas mostly takes place in a Vermont lodge, where almost all of the Christmases are white with snow, Singers Bob Wallace (Bing Crosby) and Phil Davis (Danny Kaye) join two sisters who have their own act, Betty (Rosemary Clooney) and Judy Haynes (Vera-Ellen) to perform a Christmas show.

At the Lodge, the singers run into Gen. Waverly (Dean Jagger), who commanded Wallace and Davis in World War II. When they learn Gen, Waverly is having financial difficulties as his quaint country inn is failing, the foursome plans to save the lodge. They put together a musical extravaganza like nothing the small Vermont town has ever experienced! 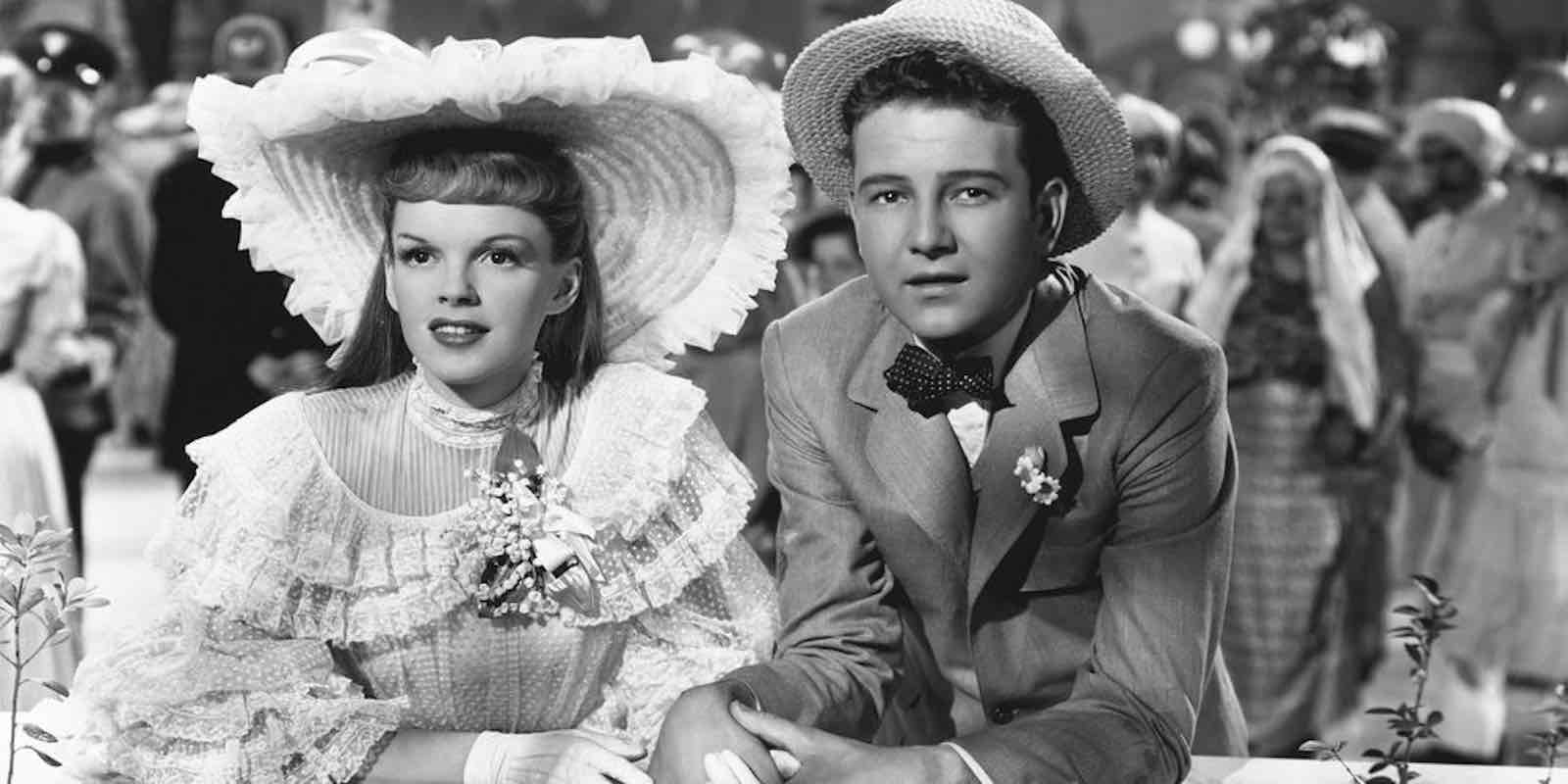 This classic starring Judy Garland was also where audiences first heard “Have Yourself a Merry Little Christmas”. We sigh romantically just thinking about it.

The MGM romantic musical comedy Meet Me in St Louis is the story of four sisters: Rose (Lucille Bremer), Esther (Judy Garland), Agnes (Joan Carroll), and Tootie (Margaret O’Brien). Taking place on the cusp of the 1904 St. Louis World’s Fair, the story is divided into a series of seasonal vignettes, starting with Summer 1903.

Meet Me in St Louis follows the sisters as they navigate through love and life, with the boy next door, John Truitt (Tom Drake), taking center stage much of their drama surrounds him. This classic is full of song and dance, plus glorious period costumes.

Fun side note: Director Vincente Minnelli met Judy Garland on the set of Meet Me in St Louis, leading to their subsequent marriage, and the birth of their daughter, Liza Minnelli. The two were married in 1945 and divorced in 1951. 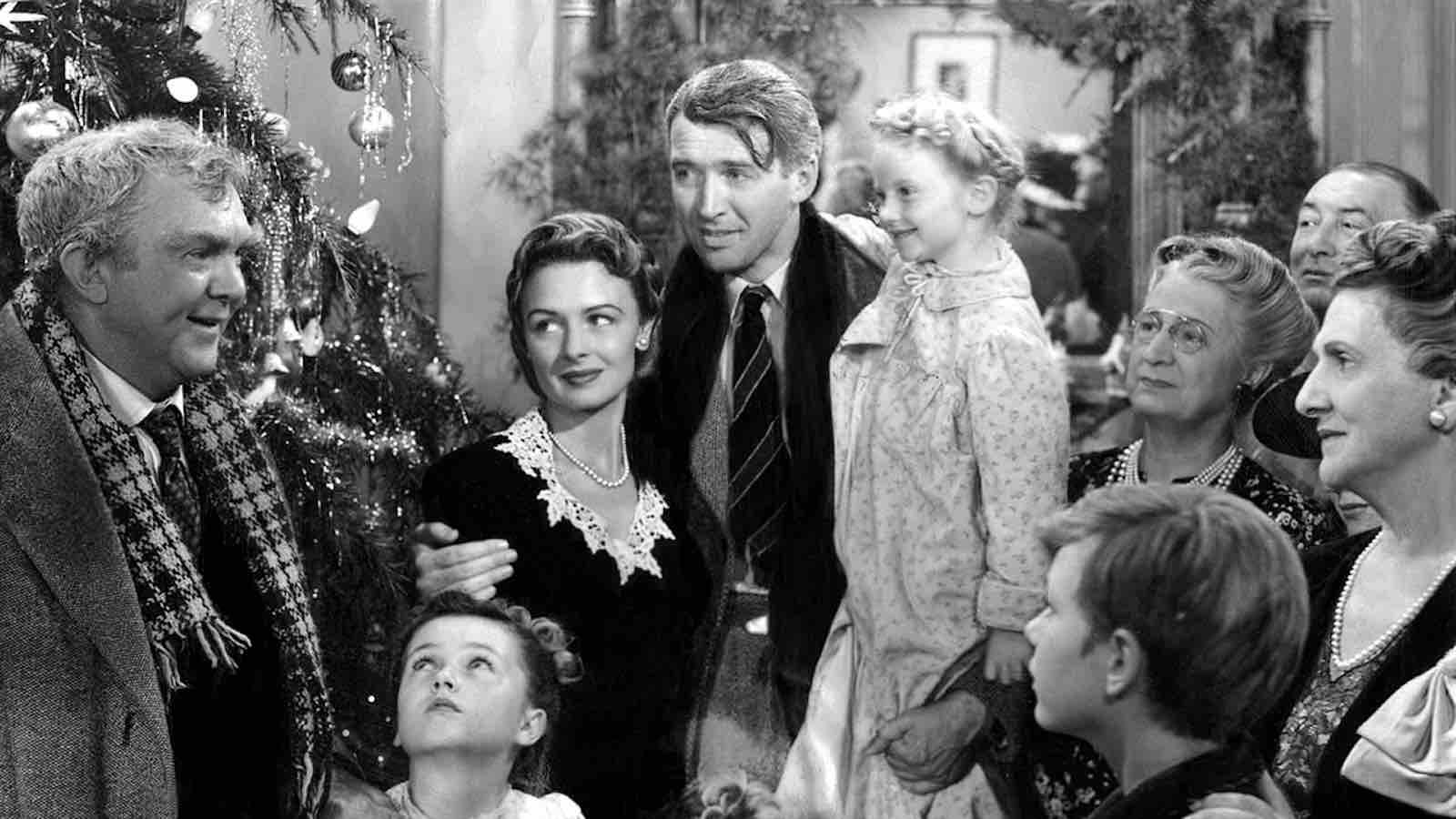 This classic film is a must-see. It’s a Wonderful Life ends up on every Christmas movie list for good reason. Beyond just the holiday genre, Wonderful Life is considered one of the greatest movies of all time.

It’s a Wonderful Life stars Jimmy Stewart as George Bailey, a man who gave up on his dreams over and over only to find himself broke, and worth more dead than alive. While he’s contemplating suicide, prayers from his friends and family reach heaven, where Clarence Odbody (Henry Travers), his guardian angel resides.

Clarence intervenes, showing George all the lives he has touched, and how different life in his community would be if he had never been born. When George realizes how impactful his life has been, he frantically tries to return to his imperfect life full of love. 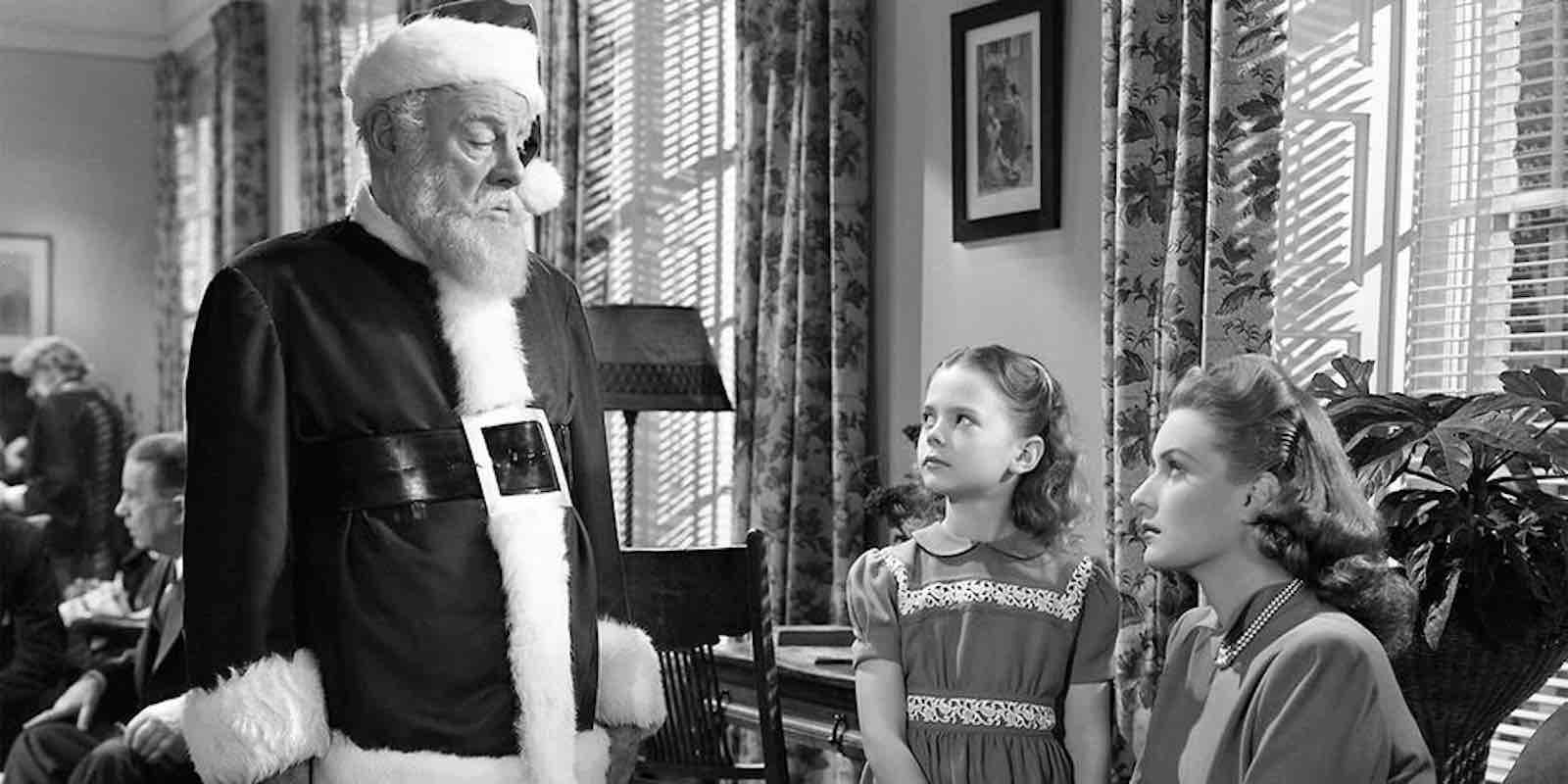 No matter how many times we’ve seen this one, it still brings us chills. While there was a respectable remake in 1994, nothing beats the original with Maureen O’Hara and Natalie Wood.

When Santa shows up intoxicated for Macy’s annual Thanksgiving Day parade, a bystander (Edmund Gwenn) who conveniently looks like the jolly old elf steps in. Kris Kringle is the perfect Santa doppelganger and proves to be such a hit that he is soon appearing regularly at the chain’s main store in midtown Manhattan.

When Kringle claims that he really is Santa Claus, it leads to a court case to determine his mental health and, more importantly, if Santa Claus could be real. 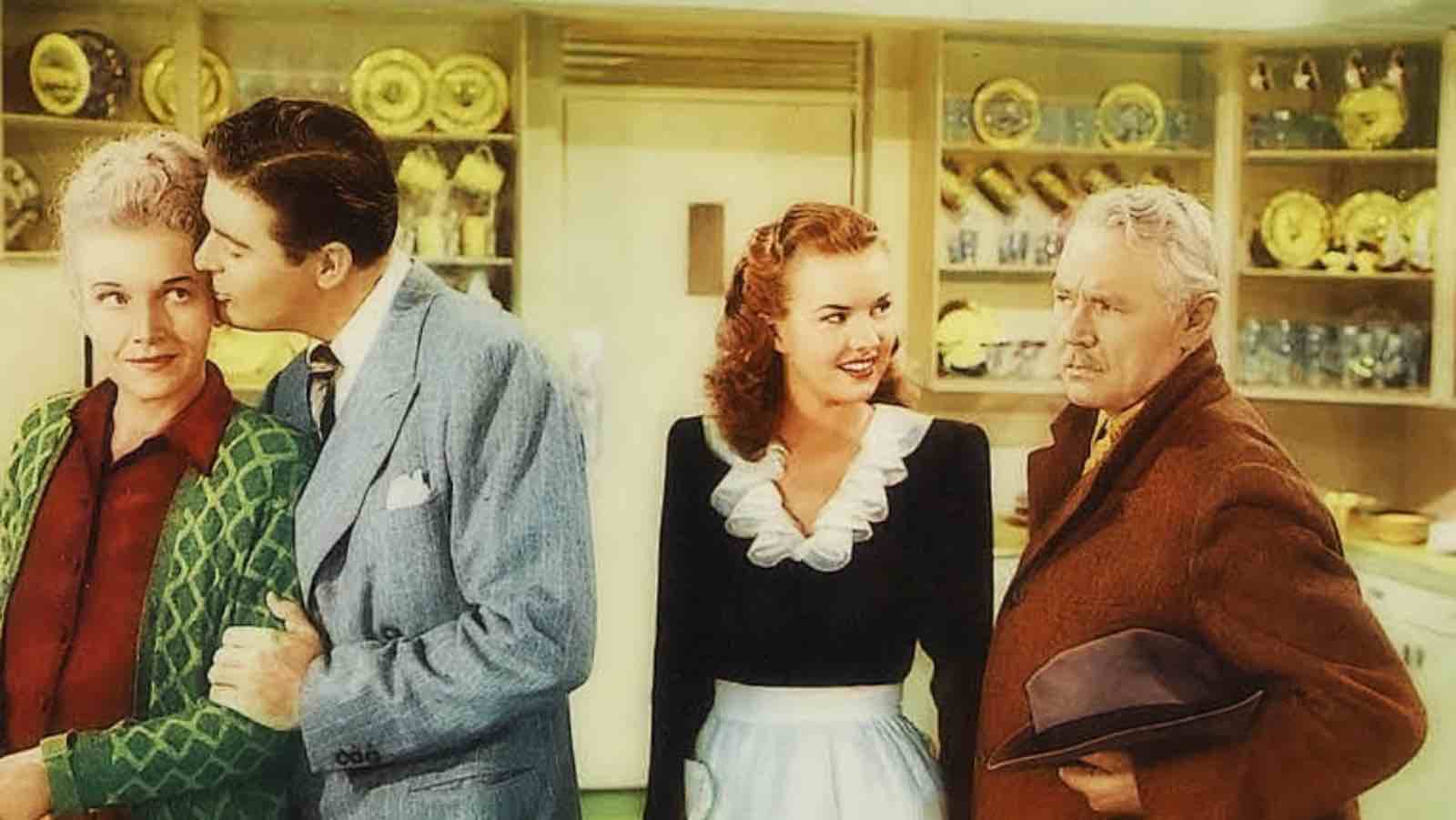 Slightly lesser known than Miracle on 34th Street, It Happened on 5th Avenue actually lost the Academy Award for best story to the former movie. 1947 was truly the year for delightful Christmas tales.

It Happened on 5th Avenue is the story of what happens when rich businessman Mike O’Connor (Charles Ruggles), leaves his luxury townhouse in New York City for the winter to stay at his Virginia estate. Drifter Aloysius “Mac” McKeever (Victor Moore), surreptitiously moves into the home and decides to share his good fortune.

Mac graciously invites Jim (Don DeFore), an unemployed veteran who was evicted from a building owned by O’Connor, to stay at the house, while never admitting he is squatting himself. When O’Connor’s daughter, Trudy (Gale Storm), arrives at the NYC townhouse as well, she falls for Jim and tries to help him.

The lighthearted It Happened on 5th Avenue is full of mistaken identities and role reversals and has some great moments and characters. 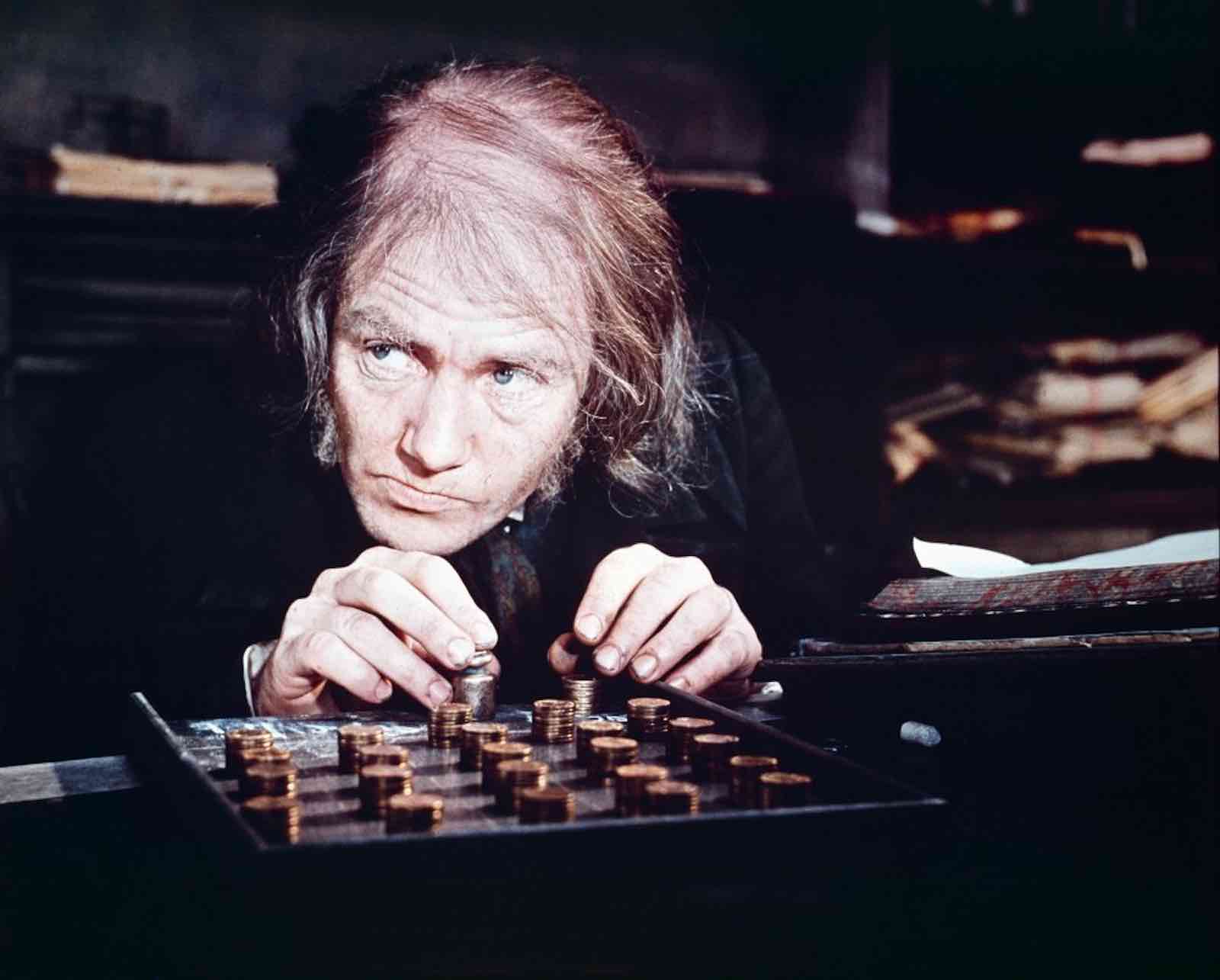 One of the best adaptations of Charles Dickens’ A Christmas Carol, Scrooge is the British musical following the title character, Ebenezer Scrooge (Albert Finney) as he confronts his miserly ways.

Rich, but stingy, Ebenezer Scrooge rejects all Christmas merriment. He takes advantage of his employee Bob Cratchit (David Collings) and refuses to share his fortune with others. On Christmas Eve, Scrooge experiences a rude awakening when his fellow miser, deceased business partner Jacob Marley (Alec Guinness) visits him in his sleep.

Marley warns Scrooge of that evening’s impending visits from three ghosts, including the Ghosts of Christmas Past (Edith Evans) and Present (Kenneth More). The ghosts confront Scrooge with his choices, and where his future will lead him if he continues his ways. This story has us ready to jump off the couch and spread some Christmas cheer!

Share via:
Tags
It Happened on 5th AvenueIt’s a Wonderful LifeMeet Me in St LouisMiracle on 34th StreetScroogeWhite Christmas
Author