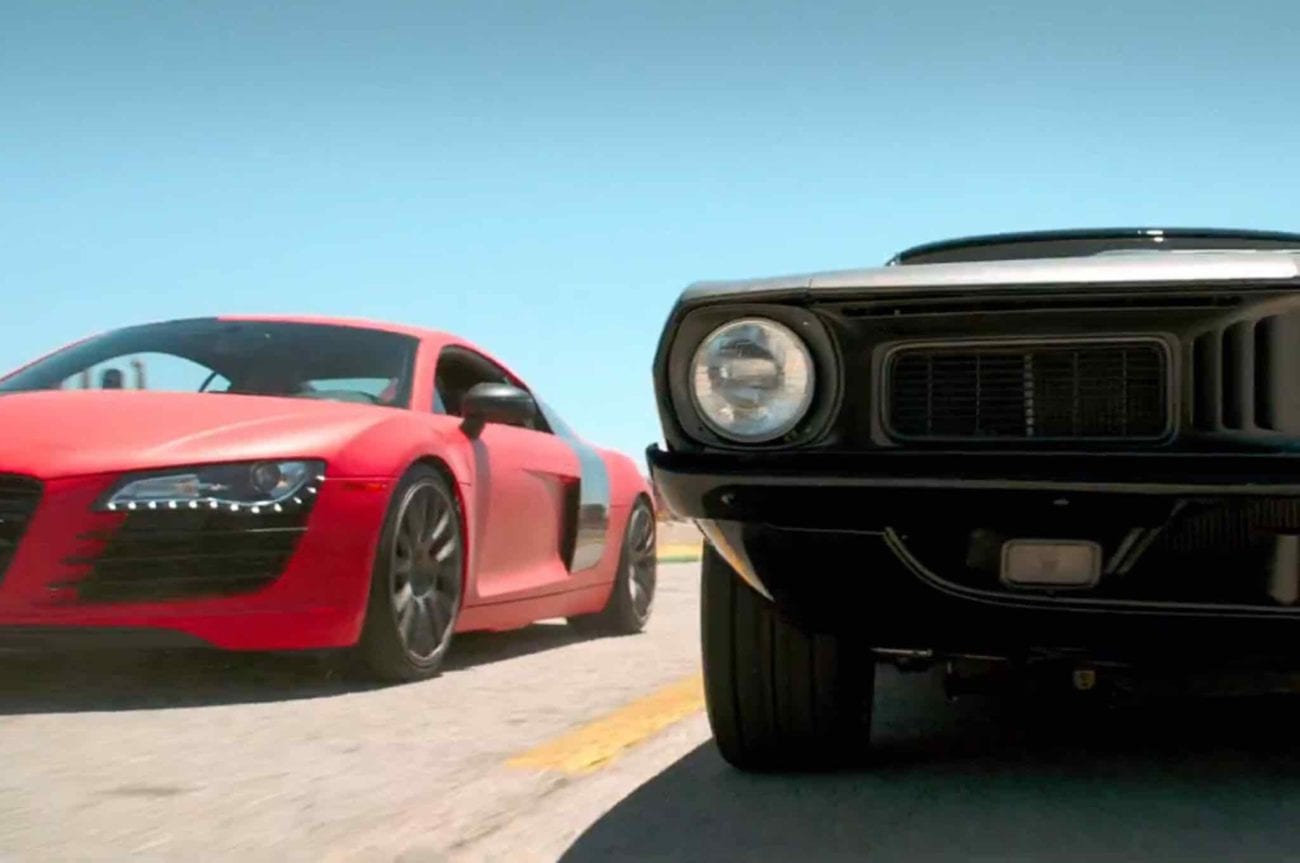 The Audi brand and its many movie appearances

The Audi brand has collected plenty of fame over the years, featuring in numerous films. You may have noticed an Audi car casually popping up on the screen during a movie more times than you can count.

Audi enthusiast? We’ve got a quirky knowledge-filled guide for you about some of the German brand’s most notable appearances in movies over the last number of years. 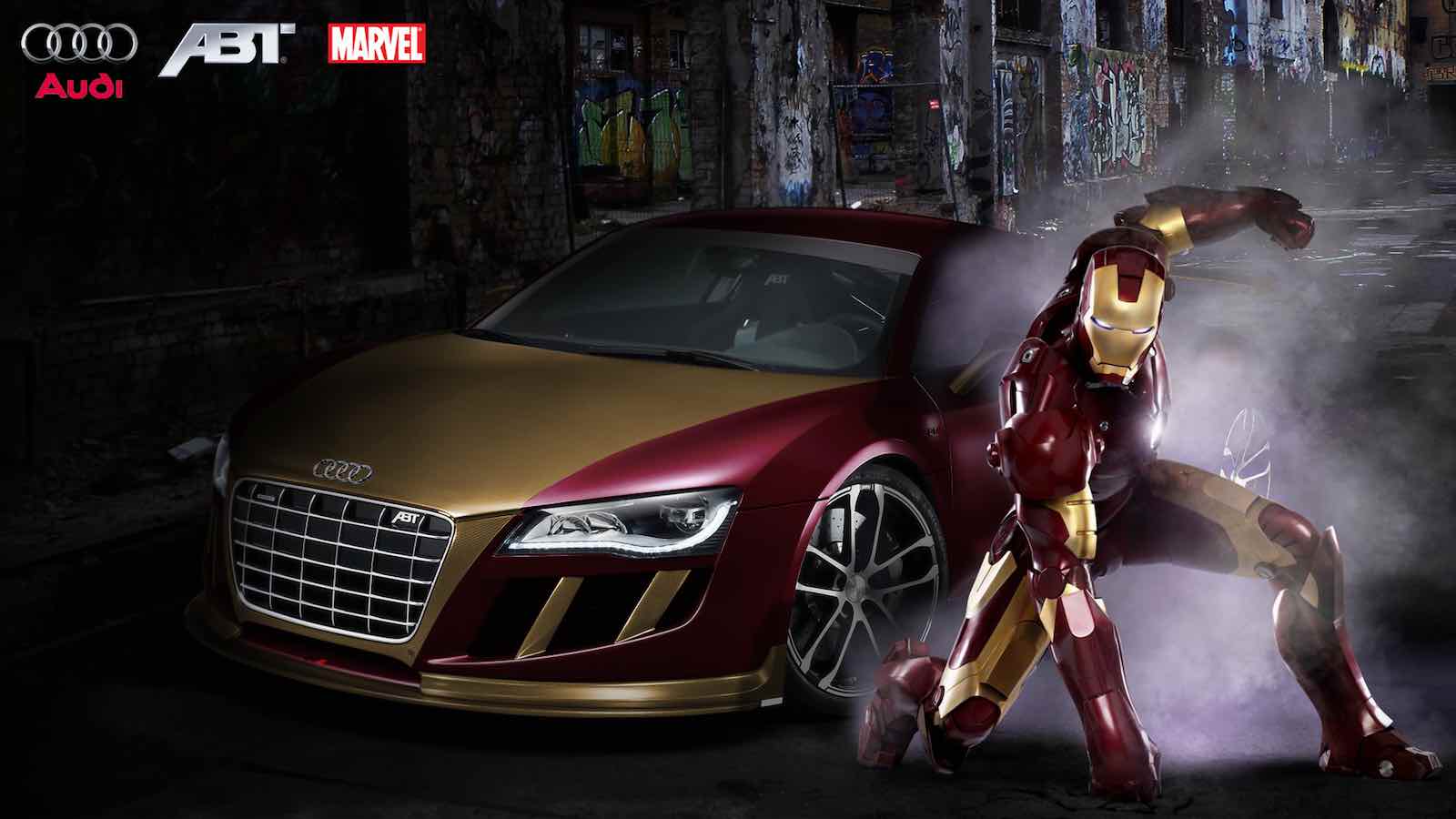 The Marvel Cinematic Universe must be considered one of the most successful movie franchises ever, if not the undisputed champion of this honor. There have been twenty films released already — the most recent being Ant-Man and the Wasp – and at least a dozen more in the pipeline.

As well as seeing all your favorite superheroes in action throughout these movies, many of them also feature a collection of sporty and stylish cars from Audi.

There were almost as many Audi cars seen across the three Iron Man movies as in Captain America: Civil War. Within its two hours and 27 minutes runtime, you can see the 2017 Audi R8 V10 Plus, the 2017 SQ7, the 2017 A4, the 2016 A7 Sportback, and even the Audi prologue concept car, a vehicle hailed as “a ‘signature car’ for Audi” by Audi Board Member for Development Prof. Dr. Ulrich Hackenberg.

That’s not all, though. Be on the lookout for an Audi R8, A6 Hybrid, and A3 as you watch the excitement unfold in Avengers: Age of Ultron, as well as an Audi TTS Roadster, R8 Spyder, Q7, and A8 during Spider-Man: Homecoming – the first standalone film by our favorite web-slinger since he became involved in the Marvel Cinematic Universe.

Even when we’re not focusing our efforts on the Marvel Cinematic Universe, Audi can still be found in movie adaptations of some of our most iconic comic book heroes. An R8 Spyder features in Wolverine – the titular protagonist’s actor Hugh Jackman even turned up at the London Leicester Square premiere of the film in the same car – and an A8 plays a role in the 2015 big screen edition of Fantastic Four. 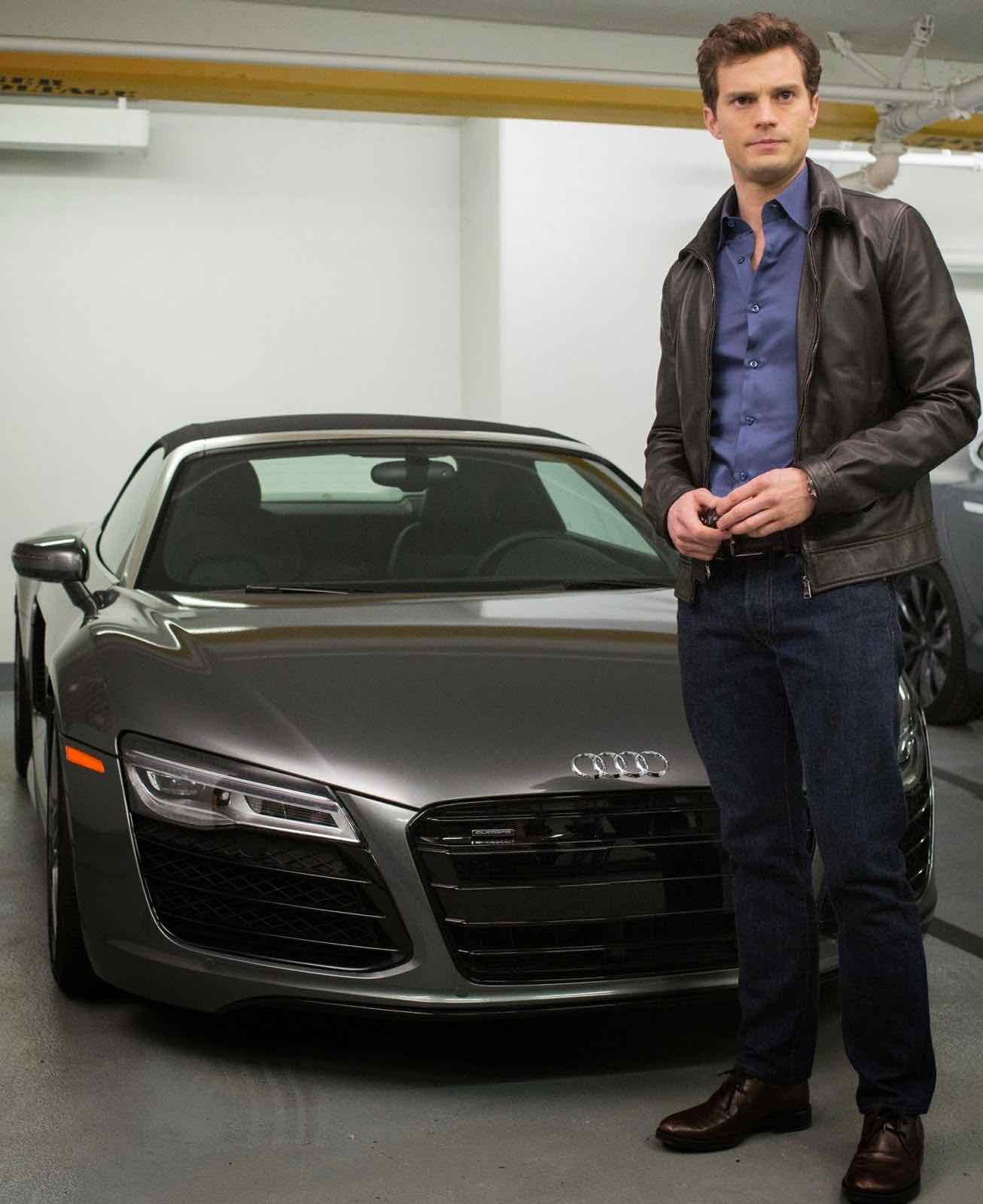 Another movie series where Audi cars feature throughout is the Fifty Shades trilogy, with the German manufacturer having a presence in all three film adaptations of books by E.L. James which follow the relationship of business magnate Christian Grey and college graduate Anastasia Steele.

The brand’s multiple appearances came as a result of a partnership which was set up between Audi and Universal Pictures — a deal that Audi no doubt has relished, seeing as the movie series has grossed over $1 billion across the globe to date!

In Fifty Shades of Grey, the first film of the trilogy, viewers will be able to spot an Audi S8 D4, a 2017 S7, and an R8 Spyder. In the sequel Fifty Shades Darker, a set of Audi Q7 cars and an A3 took center stage, with both the R8 & Q7 returning when the franchise wrapped up earlier this year with Fifty Shades Freed. 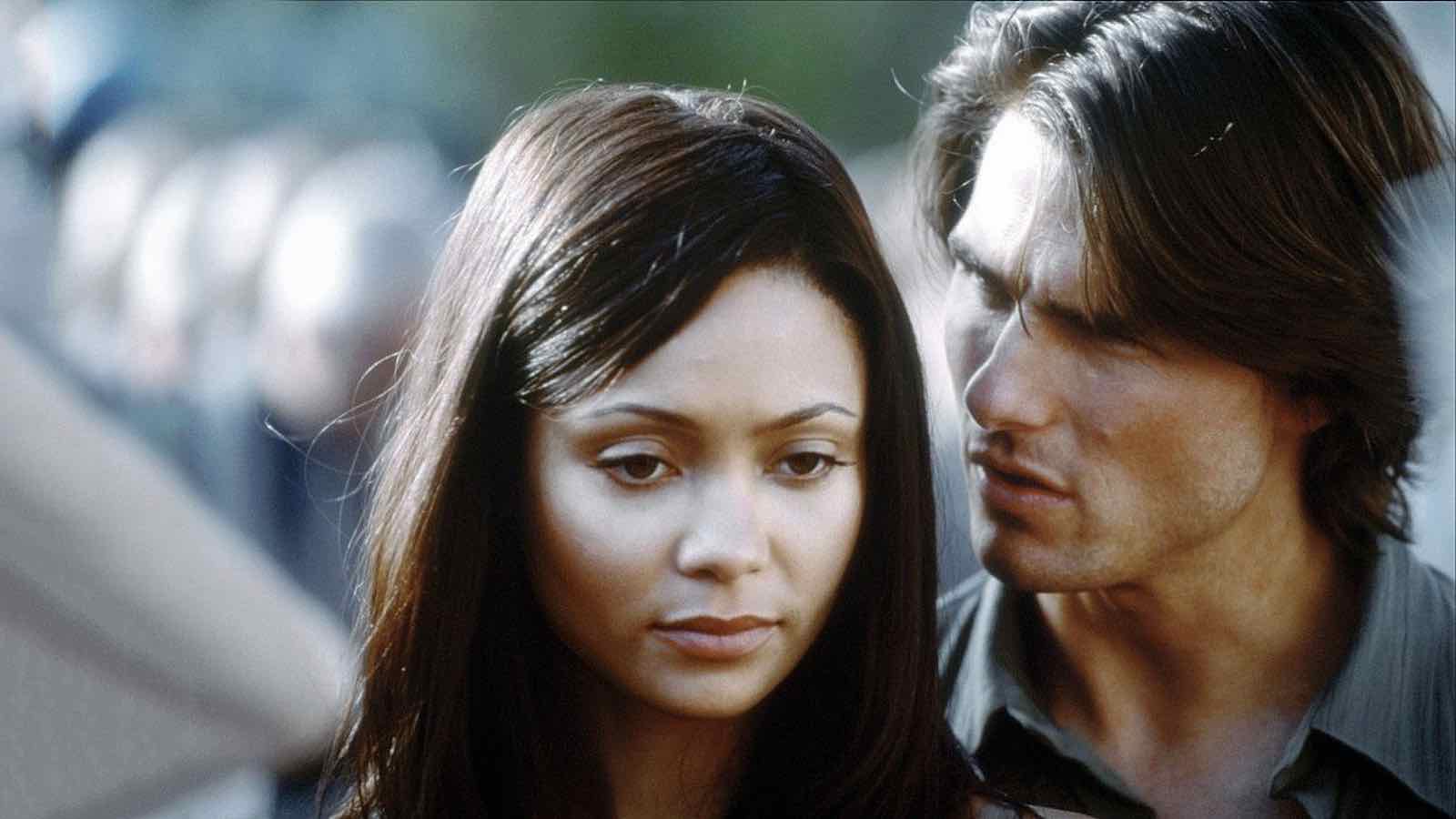 Fans of action films will surely just be getting over the adrenaline rush that Mission: Impossible – Fallout provided them, as one of the blockbusters of the summer has only just been released in cinemas.

However, we want to take a moment to rewind back to the year 2000 and Mission: Impossible 2 to showcase how Audi has been featured in the hit movie series that has always starred Tom Cruise in the lead role of Ethan Hunt.

During Hunt’s mission to find and destroy the dangerous biological weapon “Chimera”, the IMF agent gets in a thrilling car chase with international thief Nyah Nordoff-Hall. Hunt is behind the wheel of a Porsche Boxster and Nordoff-Hall tries to hold him off while driving an Audi TT. Suffice to say that the pursuit between the two German-made cars into oncoming traffic is filled with nail-biting and edge-of-your-seat drama! 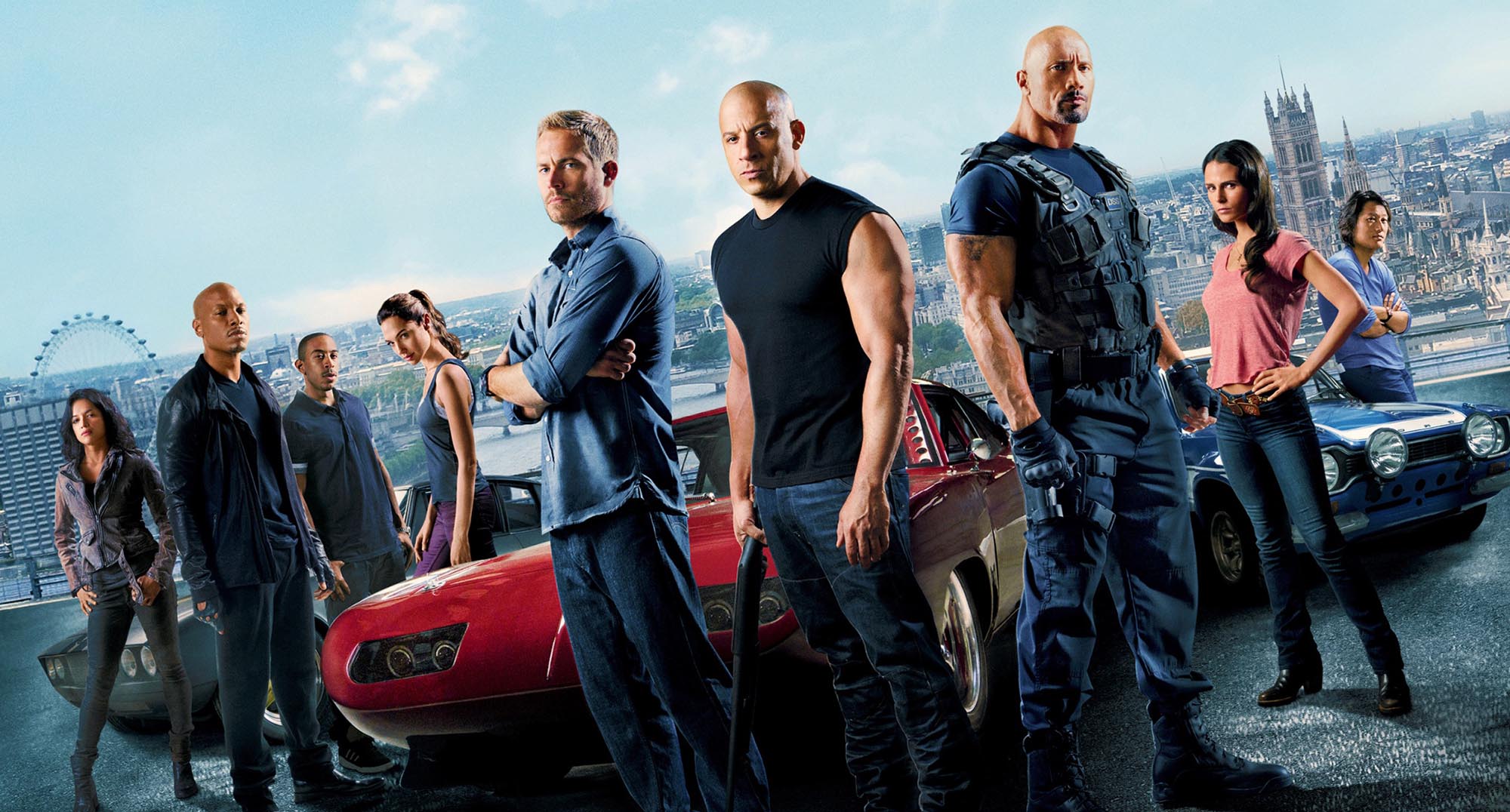 An article about cars from the movies would seem a bit odd without at least one mention of the Fast and the Furious franchise. After all, this is a series which features street racing, heists, and espionage using all manners of vehicles, having so far spanned eight main series entries and two additional short films – grossing in excess of $5 billion to date!

The franchise is so popular, in fact, that a spinoff movie called Hobbs & Shaw is due for release in 2019 – and there’s now even a worldwide live show, Fast & Furious Live, which includes stunt driving, projection mapping, and pyrotechnics.

Furious 7 clutched at the heartstrings, the final film to feature an appearance by series regular Paul Walker, as he was killed during filming. This movie is where you can see Audi appearing in the franchise. The German manufacturer’s Audi R8 competes in an exciting quarter-mile race against a classic Plymouth Barracuda in the early moments of the film. 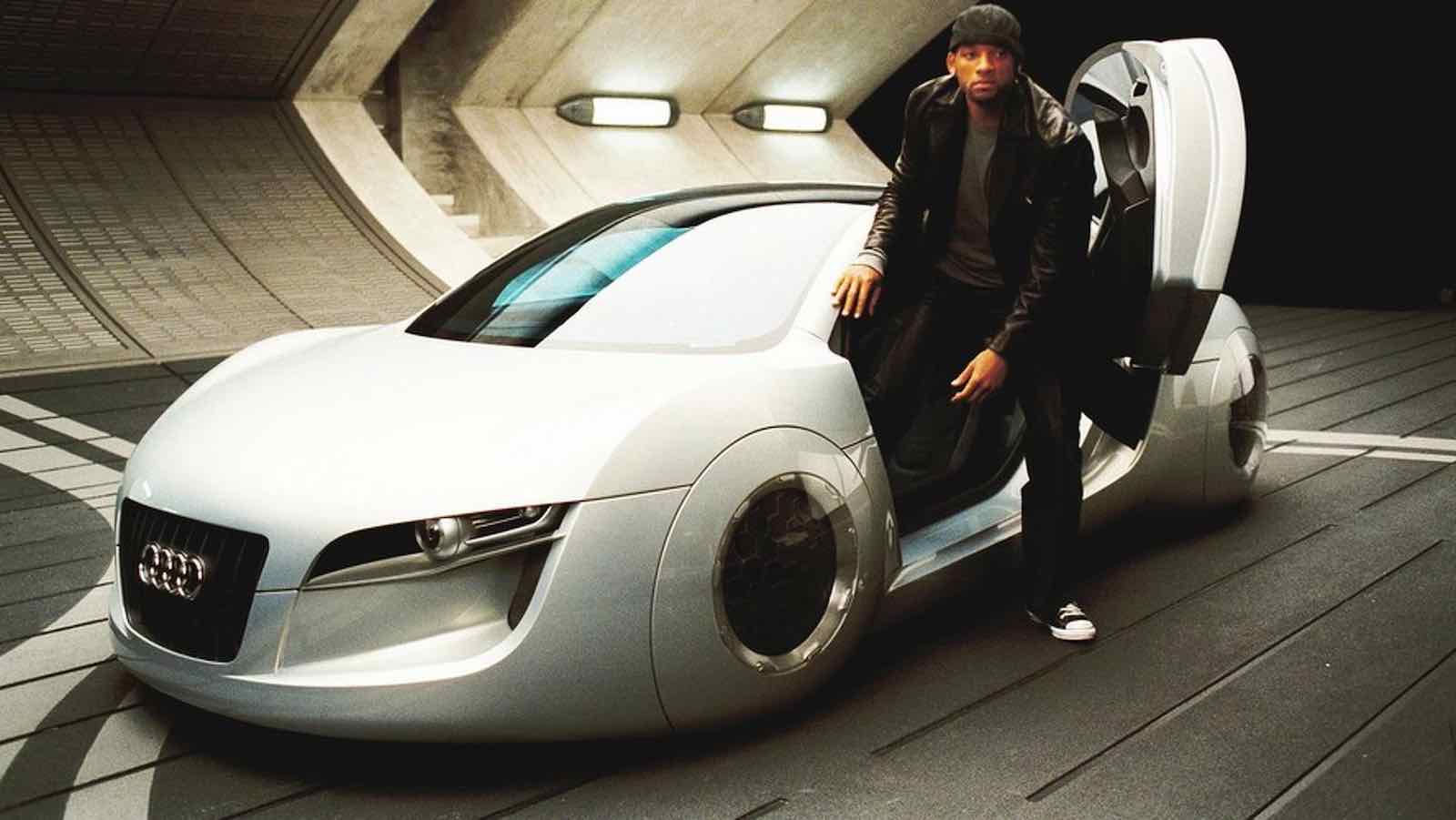 You can expect to see all of the cars featured so far in this article already on roads, or being released in some sort of guise soon in the case of the Audi prologue show car. In I, Robot, though, car enthusiasts were given the opportunity to see what Audi cars may look like in the future: the year 2035, to be exact.

Deemed the Audi RSQ, this concept vehicle represented the first time that Audi had ever developed a car specifically to be used in a major Hollywood motion picture.

The result was a vehicle that boasted piloted driving, which allowed Will Smith’s Chicago police detective character Del Spooner to press a button to enable the car to take control of the driving – no doubt an early vision of the autonomous driving concept we are only just starting to see being trialled today, fifteen years later.

Sideways and diagonal driving can also be achieved in the RSQ, while the use of balls instead of wheels was a quirky design touch. However, the typical single-frame grille and the presence of those four instantly recognizable silver rings let viewers clearly know that this car was without question an Audi.

There’s a very good chance you’ll be tempted to visit your local Audi dealership to check out the current range of new cars available from the German manufacturer after the credits roll on this list of movies.