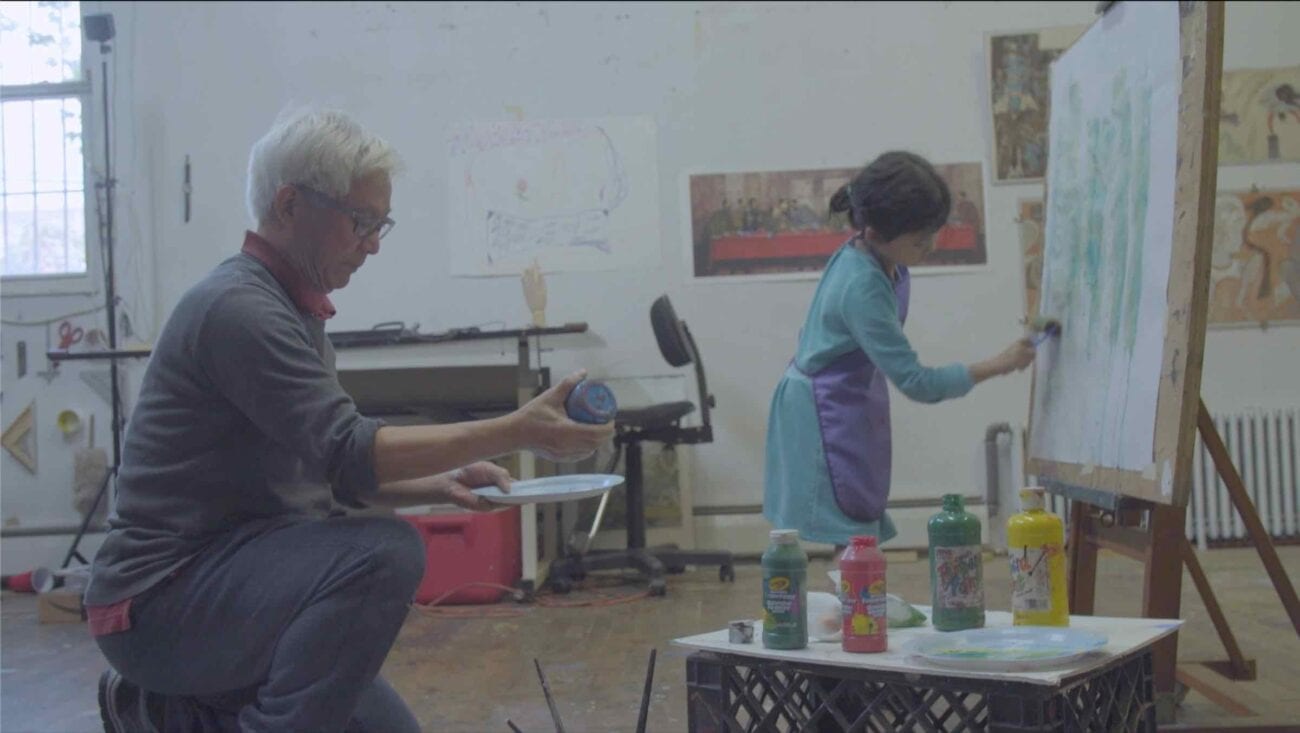 Xin Fang is the Chinese filmmaker you need to know about

Just as the Chinese box office has grown insanely big over the past decade, so has the Chinese indie film business. Independent creators left and right are creating some of the best work of their lives as they try to tell fresh and innovative stories. Xin Fang is just one of many creators, but this filmmaker is making their mark early on.

Beginning her career just a few years ago, Fang has already gotten herself a decently sized documentary filmography. Her debut short, Before He Starts, has already proven that she has talent. The documentary, focused on artist Zhang Hongtu, is being screened at festivals worldwide.

As Before He Starts continues to gain critical acclaim at its various screenings, we spoke with Fang on her journey into filmmaking and Zhang Hongtu’s influence on her.

I never thought about myself being a filmmaker before. Actually, I think I’m more of a documentarian than a filmmaker. I like observing people, and through the observation of each individual, I learn the story behinds them. It’s a fascinating process, and the amount of trust you will gain throughout the period. I started conducting several social field works when I was in college.

Most of them involved in reaching out to people, communicating with people, and then I’ll write a report based on the field research I’ve done. Yet, I always like taking photos, and especially since I moved to the U.S. Photography became a tool for me to communicate with my family and friends back home, and it’s like a photo album that I can share it with them visually. They’ll know how my day goes, where I go, and how I feel. It’s very subtle and something I think it goes very well with words. That’s the moment I think, oh, maybe I can try being a documentary filmmaker since I know a little bit of photography, and I’m curious about human behavior. Why not try telling the story in a different way?

That’s how I got into filmmaking, and I’m still looking for different ways to tell it – to combine art and technology, or mix the reality. 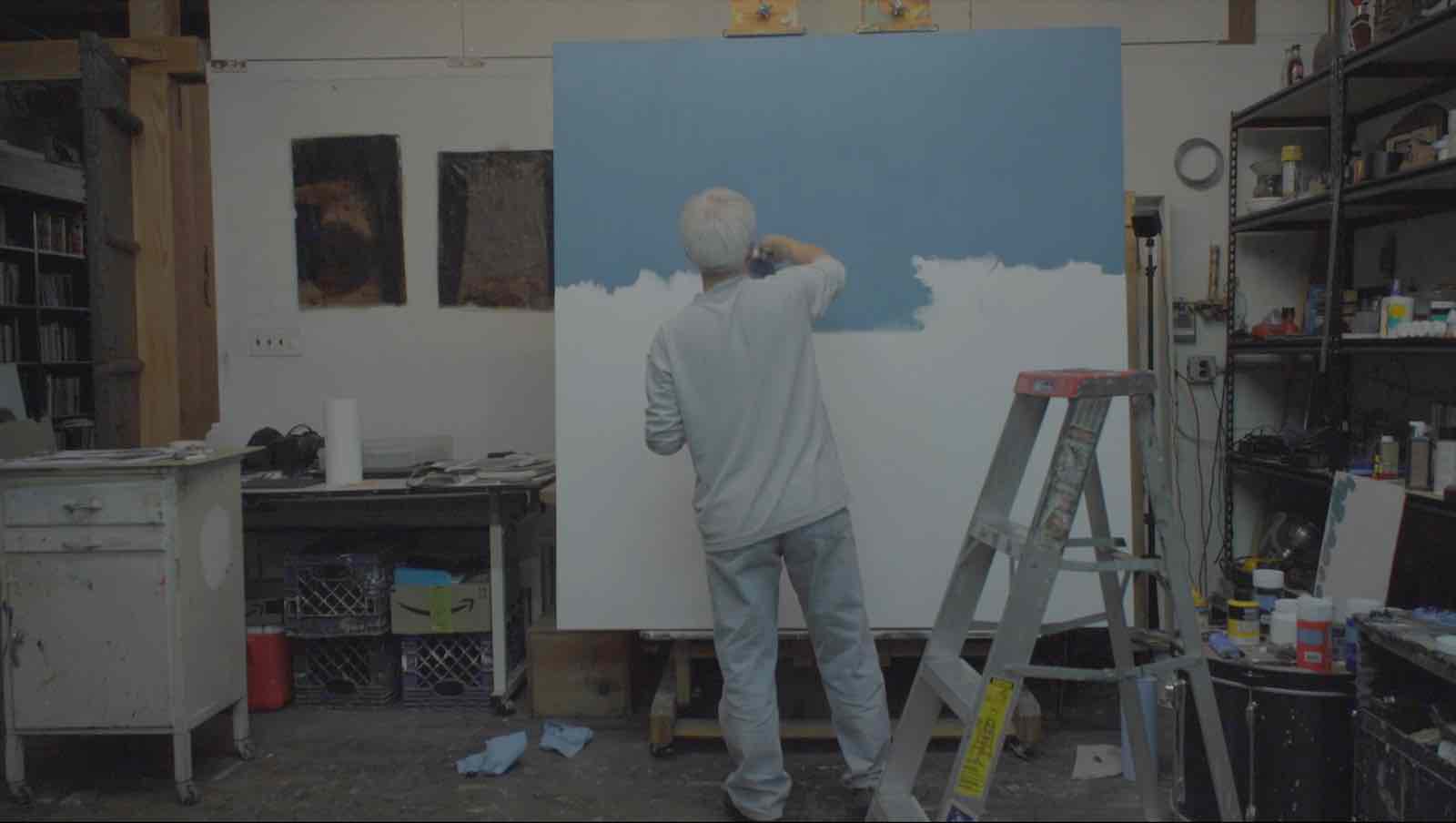 I grew up watching a lot of Hong Kong movies, wu-xia, and animated manga with my brother. That gave me enough room to imagine as a kid. I didn’t have a lot of access to foreign films as I grew up, but the films that I’ve watched with my family are actually my earliest memory about movies.

Internal Affairs by Andrew Lau and Alan Mak, Raise the Red Lantern by Zhang Yimou, Almost a Love Story, and Happy Together by Wang Kar-Wai (and his long-term cinematographer Christopher Doyle), Yi Yi by Edward Yang.

How was working on Before He Starts? What did you learn from the experience?

The film started as a student project when I was at the School of Visual Arts, pursuing my MFA degree in documentary filmmaking. It was my first film that I have worked on everything: producing, directing, filming, editing, and promoting it.

I was working as a freelance photo editor before film. After I graduated from college, I came to New York and started working as a photo assistant at magazine. Later on, I started to pitch ideas to the editorial department, doing research and maximized our pages for search engine optimization (SEO). The job is more about analyzing data than doing what I actually am enjoying in, so I decided to quit it and went back to school. 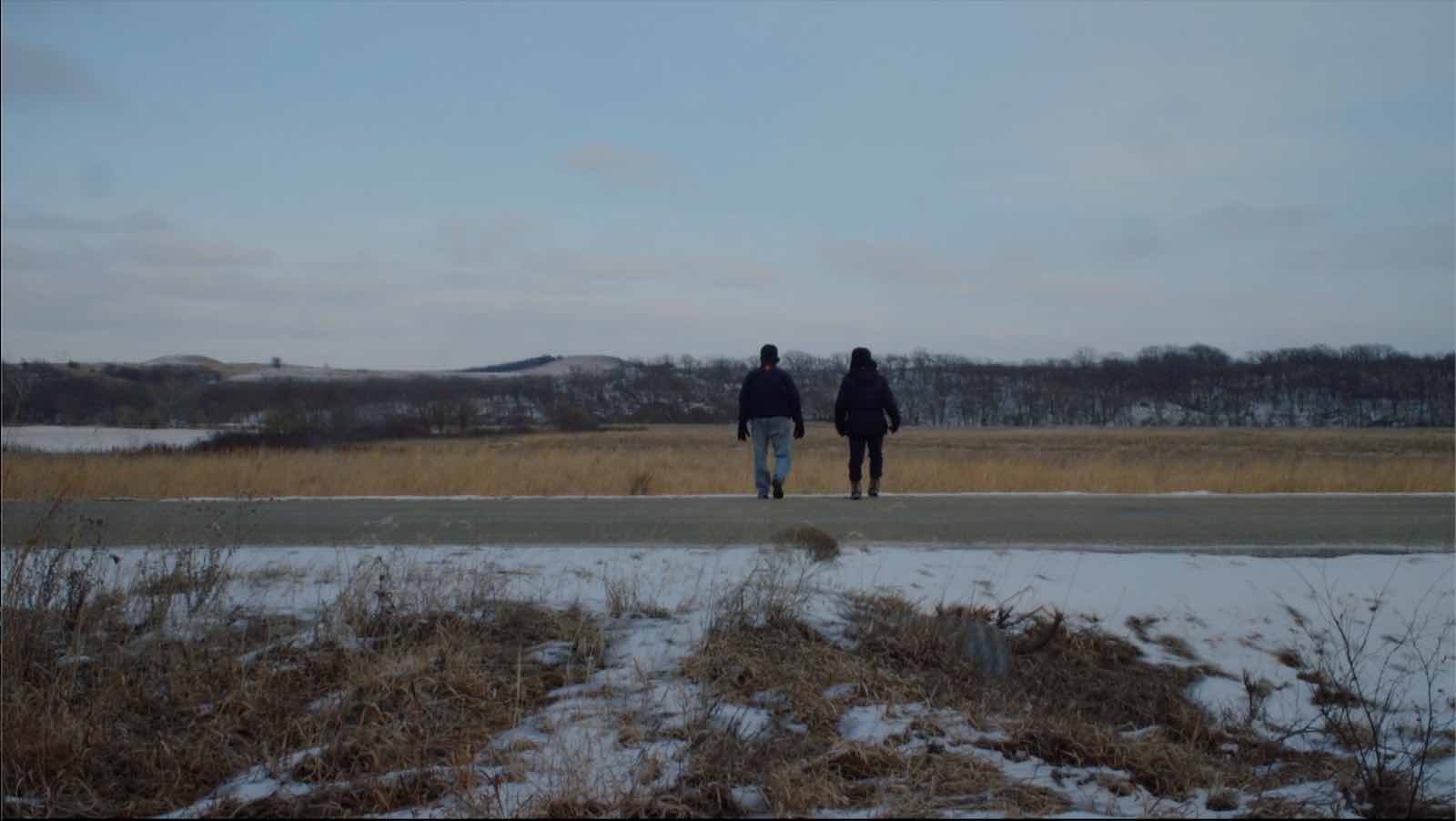 Where did the concept come from for Before He Starts?

The title comes naturally once I got the chance to meet artist’s granddaughters. I didn’t realize the importance of a title in the film – it not only summarizes the film but also tells the essence of the film. In the beginning, I came up with a number of titles just for me to get into the mood to edit this film. But most of the time I just named “untitled_date” since those titles didn’t feel right.

As I kept filming and had more time to know this artist, I came to realize the fact that his granddaughters becomes the main part of his life. It’s interesting to see the development of a character evolves, and as a director, that’s something I’d love to witness as I’m filming.

When I started brainstorming this film, I didn’t know what the storyline is but I have a preliminary vision about the visual in this film. I’ve watched a few movies, and especially those documentaries about artist – to learn about the story structure and the vision. For example, I’ve watched Sky Ladder: The Art of Cai Guo-qiang twice just to learn the storyline, and how the director weaves Cai’s personality into this film.

It’s always interesting to learn about autobiographical films, and it really shows director’s capability of transforming a personal story into something that the audiences can feel it collectively: to emphasize, to sympathize, to be disappointed, and to feel all sorts of emotion from another person. It’s not an easy task. 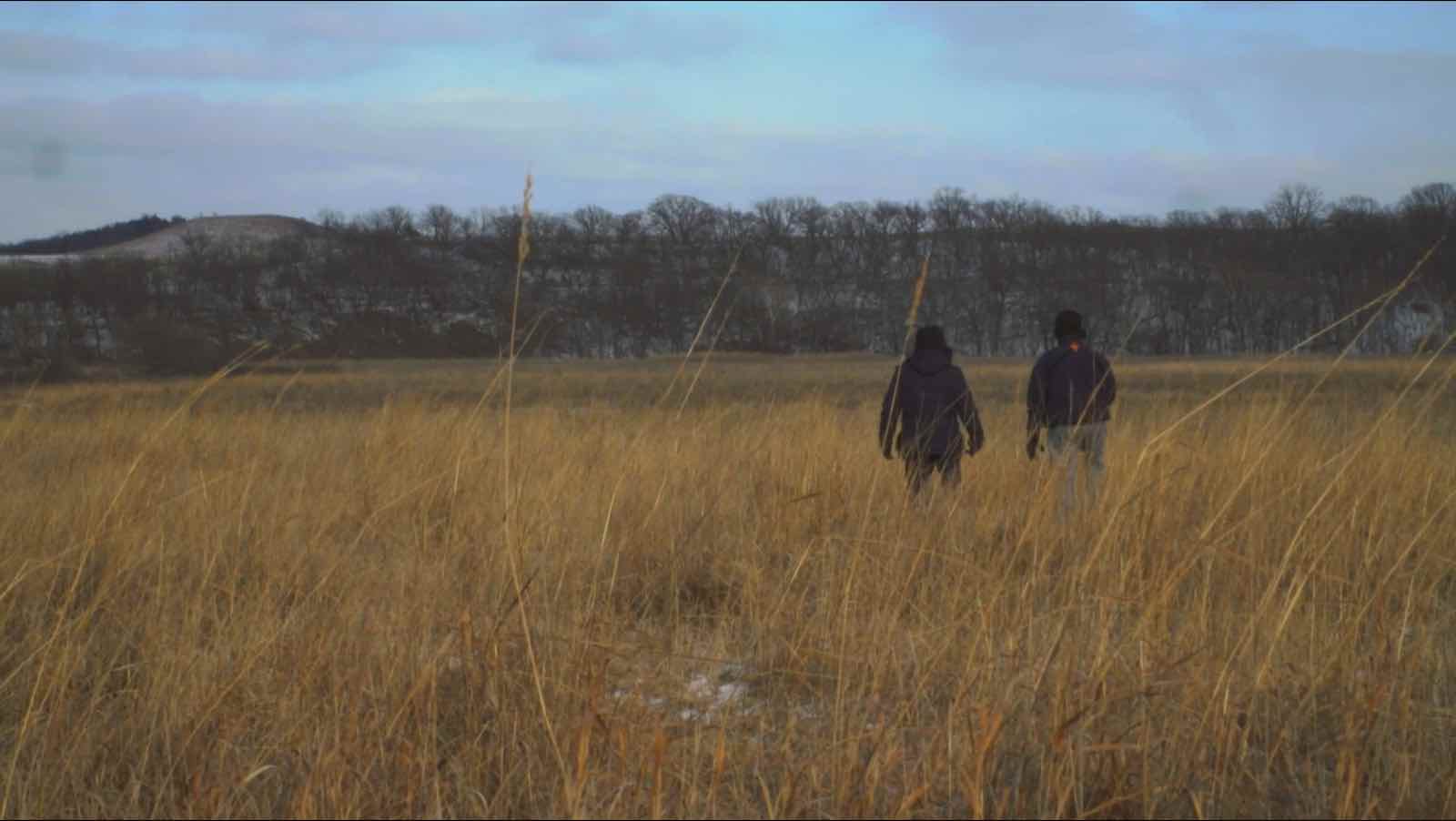 For this film, I visited artist’s studio several times, and each time I brought my DSLR camera and took some photos. They’re more for the mood board and helped me visually conceptualizing this film. I have my own scrapbook, and would write down some quotes that I think they might be useful along the editing process.

Then, to translate these abstract ideas to the actual editing process. For each cut, I’ll ask some of my trusted friends to take a look for me. I might not necessarily listen to all of their feedback, but I’ll take into account of their thinking process when they watched the cut.

Spend more time to find your team; meet people, networking (although I hate the word), and find your crew that you’ll trust with your heart and work with them. Film is a collective work, and one simply can’t have that many energy to finish all of the tasks. Each one of us has our speciality, and it’s more effective to use it wisely. I didn’t go to a film school, but something similar (a documentary one).

We were taught to do everything by yourself – “one-man/woman band”. Some filmmakers did it and made great films, but honestly speaking, it’s very difficult to manage everything. It’s great to try everything once for the first time, but I’d suggest to find your team as you’re making the film.

It’s quite an experience especially for a first-time filmmaker. I’d hope I won’t do that again in my future projects. When I started this project, I knew that I’m going to make a short film, and that somehow helped in terms of the scale and time management. Otherwise, I don’t think I can do a feature-length documentary only by myself. Among all of the tasks, being a producer is the biggest challenge for me.

Producing is my weakest skillsets comparing to editing or directing, and at that time, I didn’t have the budget to hire a producer. I have to spend more time on learning this soft skill, and reached out to professionals and instructors at school.

Since I didn’t have a team when I’m making this film, I sometimes lost track of the time and missed a few deadlines for fellowship and grants. That’s a good lesson for me to learn, though.

I am in the pre-production of another short documentary, and writing a hybrid script of a personal film. 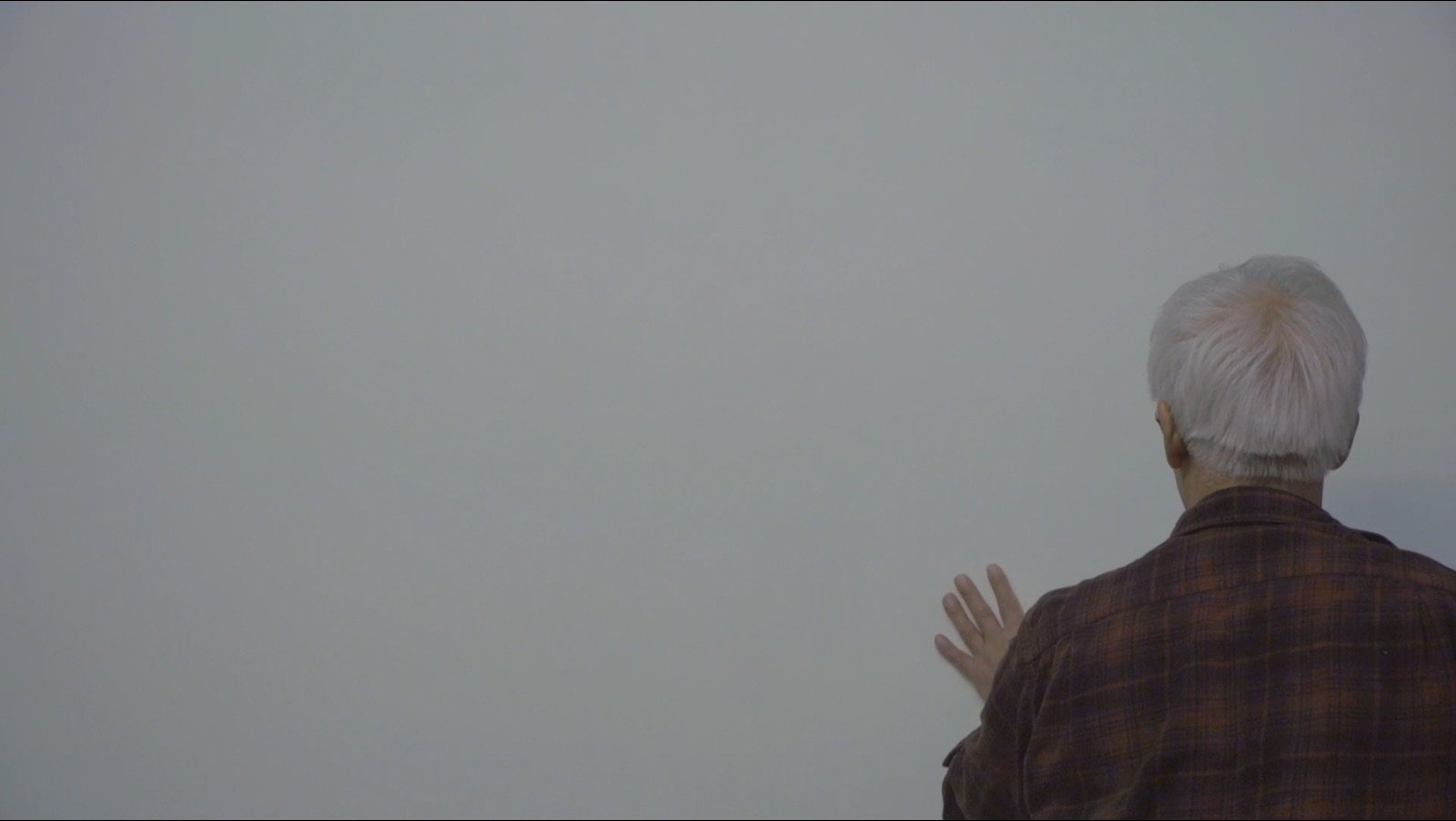 Yes – I’m very glad to work with many talented people at SVA. My advisors, Ann Collins, Asako Gladsjo, Donna Shepherd, Beth Levison, and so many more. My peers at SVA also have helped me a lot with making this film and to be a better human-being. I’d definitely recommend people to find their mentors – that could be in life, or in your career path.

I think of film as life poetry. It collects each individual’s story and turns them into something greater and more powerful. To me, I like to re-read the same book and watch the same movie over and over again. Film has an important role to play socially and culturally. As an immigrant artist and filmmaker in the U.S., I think now more than ever is the time to bring a potent perspective to the industry.

I don’t mean to be a protagonist of anything, but my goal is to translate something that is foreign into something an audience can understand without oversimplifying. I’m still very new to this field, and every day I learn something new from movies.

It’s too early to consider this at this moment.

I’d like to finish the two short films that I always wanted to do. And hopefully, I can make a feature-length film.

Honey Boy – Alma Har’el
Those are the films I just think about lately . . .

That’s actually the question I ask myself. I think it’ll be Spirited Away (2001) by Hayao Myazaki. It is an enchanting and beautifully-made film that I’ve watched multiple times since I was a kid. I always have new thoughts and learn something from the movies whenever I watch it. That’s the magic of film, I think.