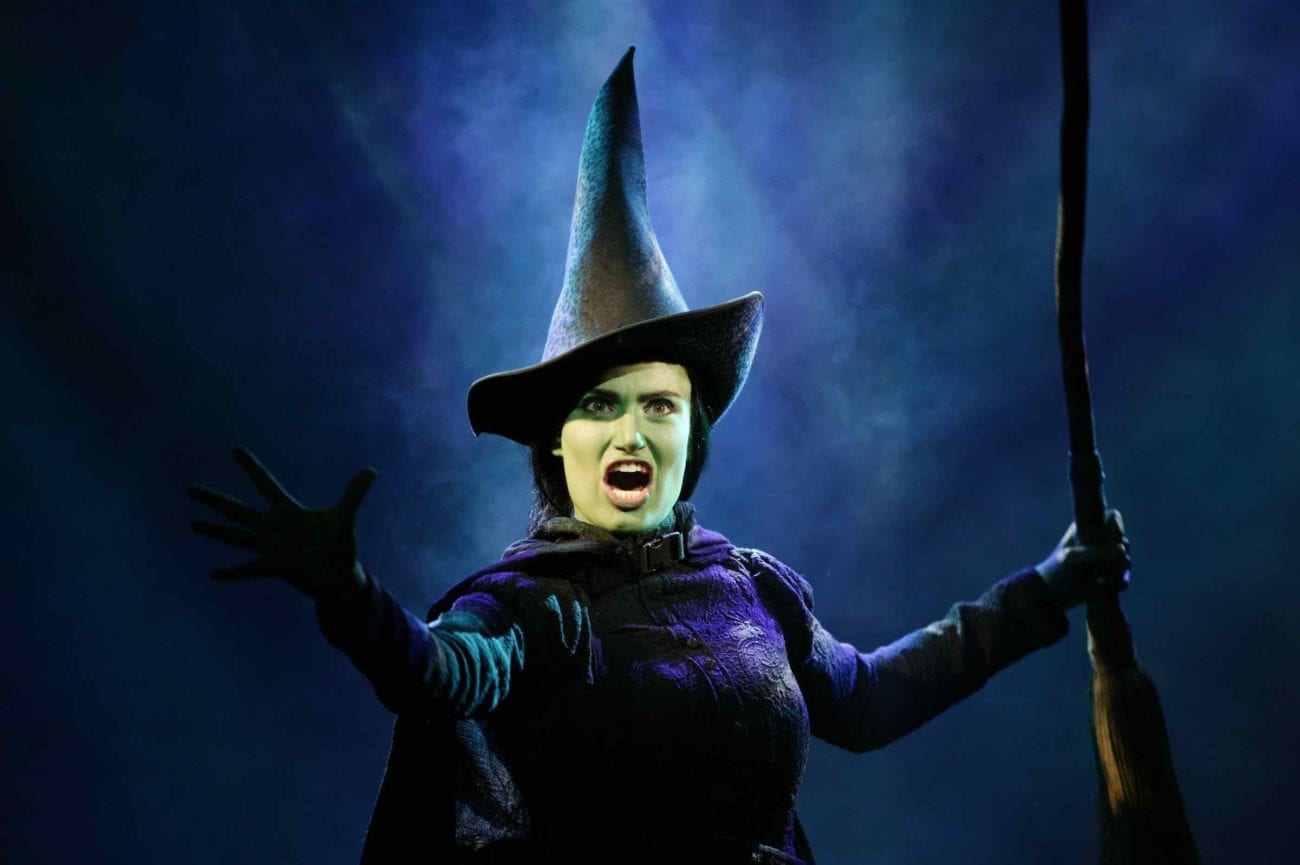 Why isn’t the ‘Wicked’ movie getting more hype?

Apparently the executives at Universal need Glinda’s touch on how to be popular. Right now, they have a lot of issues that need to get worked out. After the trainwreck that was Cats, musical theater fans have only one question for Universal Studios: Where’s the Wicked movie you promised us?

Wicked was originally supposed to have a beautiful film adaptation on our screens December 20th, 2019. Instead, we got Cats. Besides the fact that we should’ve never gotten Cats in the first place, it also means that if Wicked got pushed back further, that means they still haven’t figured out their cast or music writing. Considering this film has been in pre-production for nearly 5 years at this point, we’re worried. 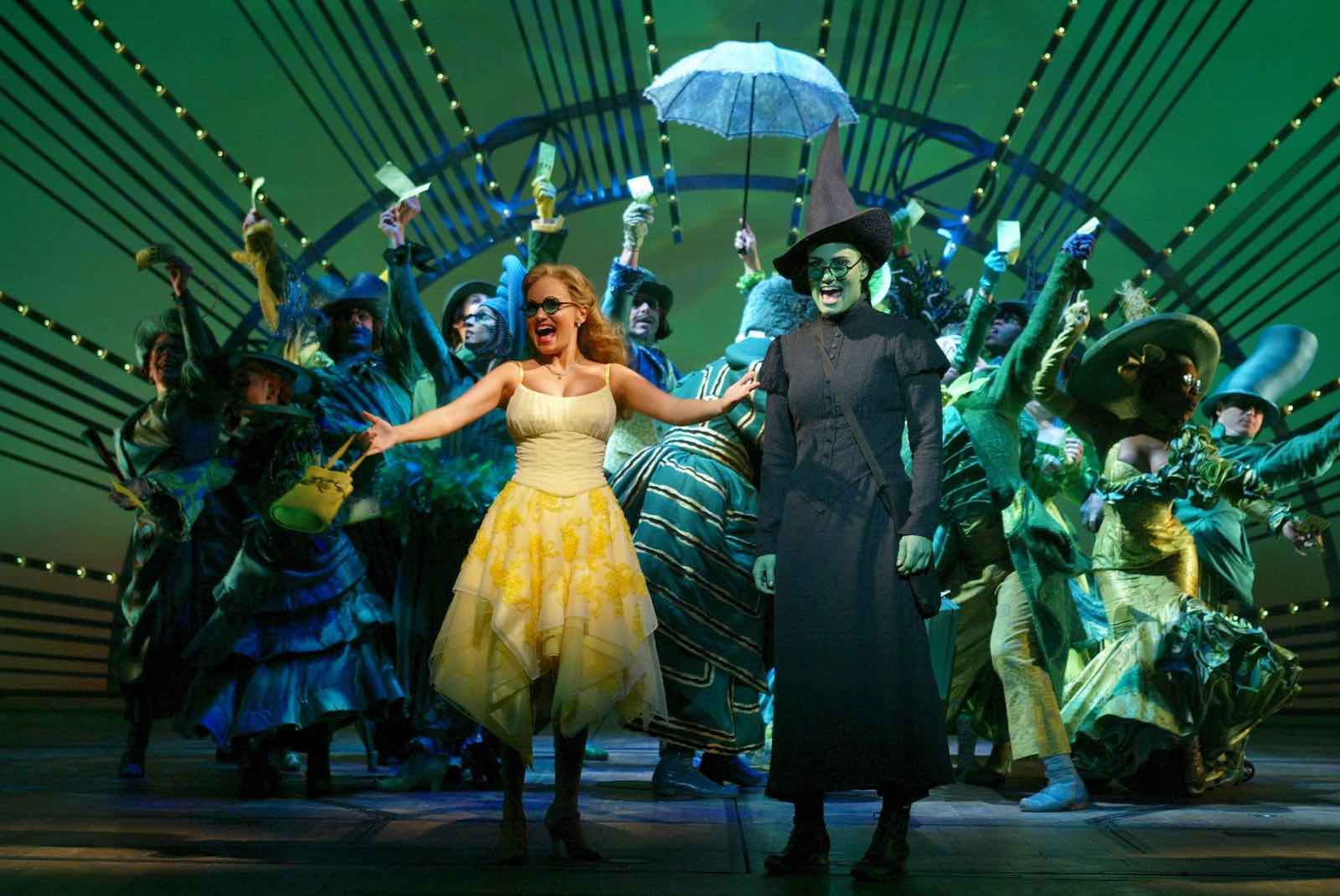 Wicked: from book to arguments between Universal and Stephen Schwartz

To get to the bottom of why we’ve yet to see Glinda and Elphaba fly across our screens, we need to look at the history of Wicked. When Stephen Schwartz, the music and lyric writer behind the musical, became interested in bringing Gregory Maguire’s book to life, he had to go to Universal. At the time, and still to this day, Universal owns the book rights to The Wicked Years series by Maguire.

Universal decided to take a chance on Schwartz and help produce Wicked under the newly formed Universal Theatrical Group, with the agreement that if Wicked was a success, they kept the film rights to the musical.

While the try-out in San Francisco didn’t go as well, some quick fixes brought to life the Tony-award winning musical we now know and love. 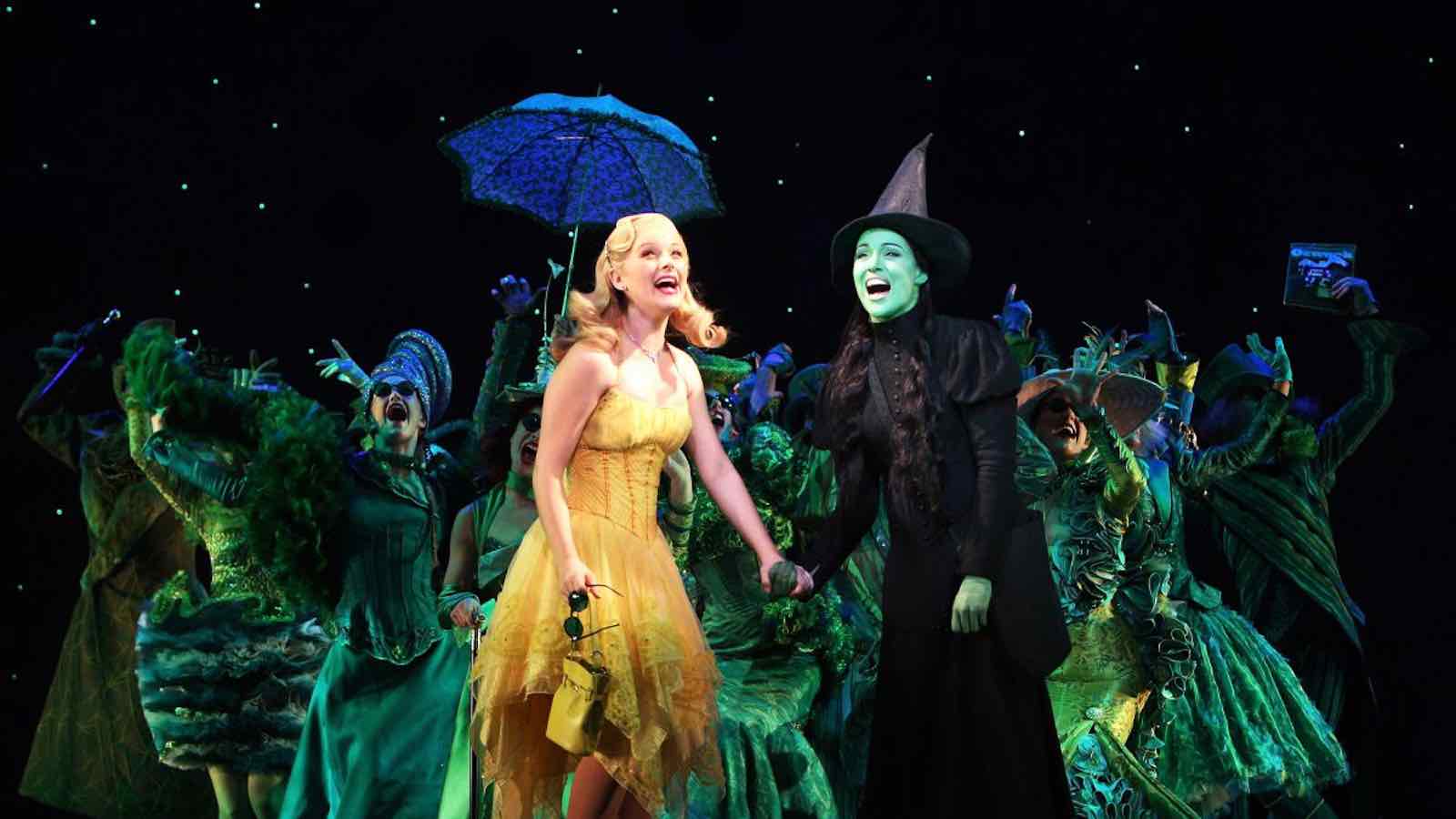 The journey to the silver screen

You don’t want to curse success, so the film talks didn’t start until about five years after Wicked’s premiere, to give it time to run on Broadway. But once it became clear Wicked wasn’t going anywhere, Universal was ready to make a film out of the musical. 2012 was the first official report of a Wicked movie, but nothing was confirmed by Universal until 2015.

Billy Elliot director Stephen Daldry was initially announced as director, and has yet to step down from the project regardless of its many changes. Wicked’s book writer Winnie Holzman is also still tied as screenwriter, with Schwartz also helping shape the screenplay. Producer Marc Platt (La La Land, Into the Woods) is also still on board the project. 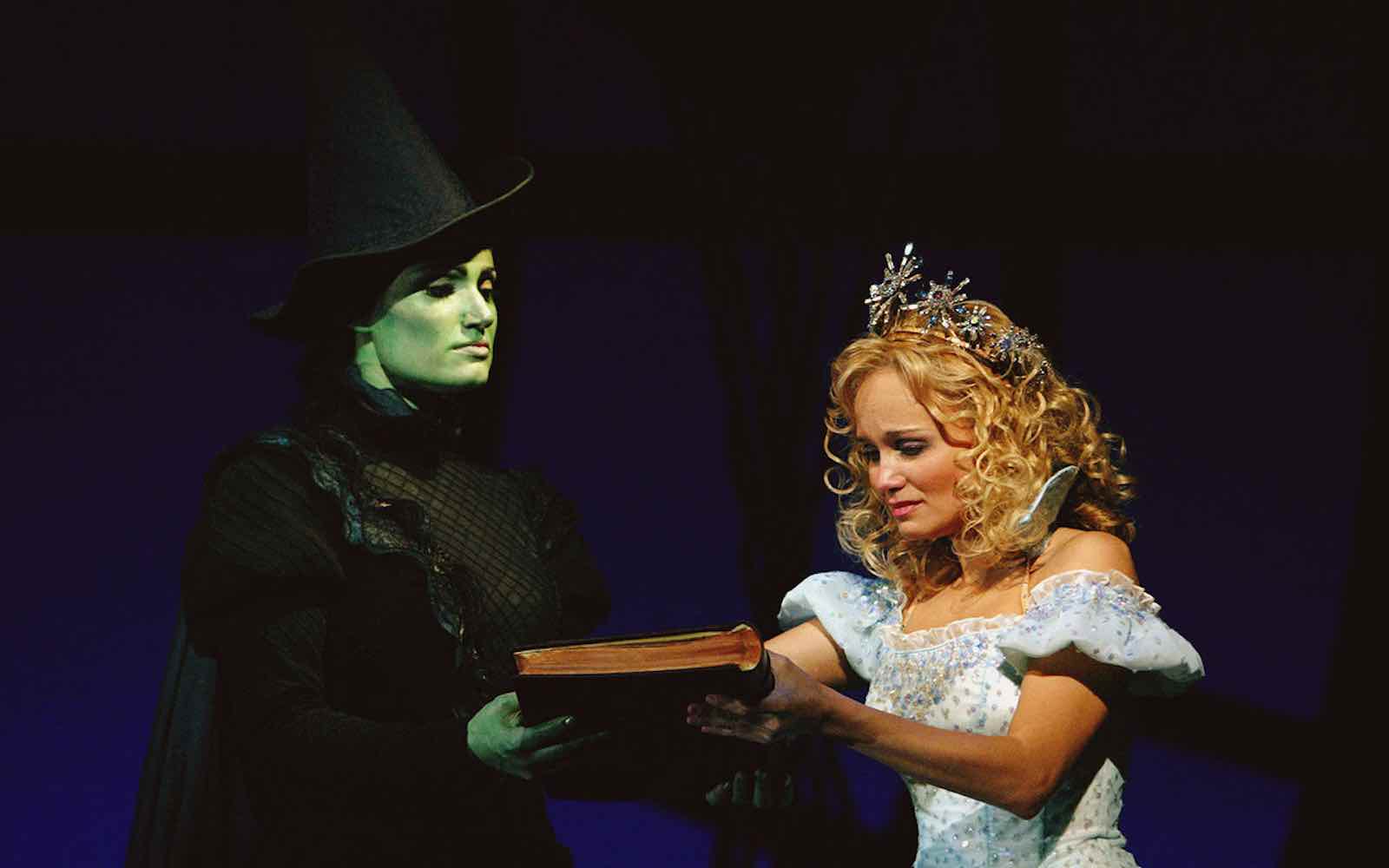 Wicked is lacking something green and something sparkly

Of course, even with the behind the scenes crew attached, you can’t have a musical movie without a musical cast. At one point or another, Idina Menzel and Kristen Chenoweth have been tied to the Wicked movie to reprise their roles as Elphaba and Glinda, respectively. Glee star Lea Michelle and singer Ariana Grande have also both been rumored to sign on to the project as well.

While nothing’s been said on Universal’s side, Menzel got vocal during press for Frozen 2 about her desire to return to the role. Joking around that producers should “get some CGI and Benjamin Button the shit out of that”, Menzel would happily return to the green gal that got her her first Tony. Chenoweth has yet to comment on her chances of returning to the glittery bubble of Glinda. 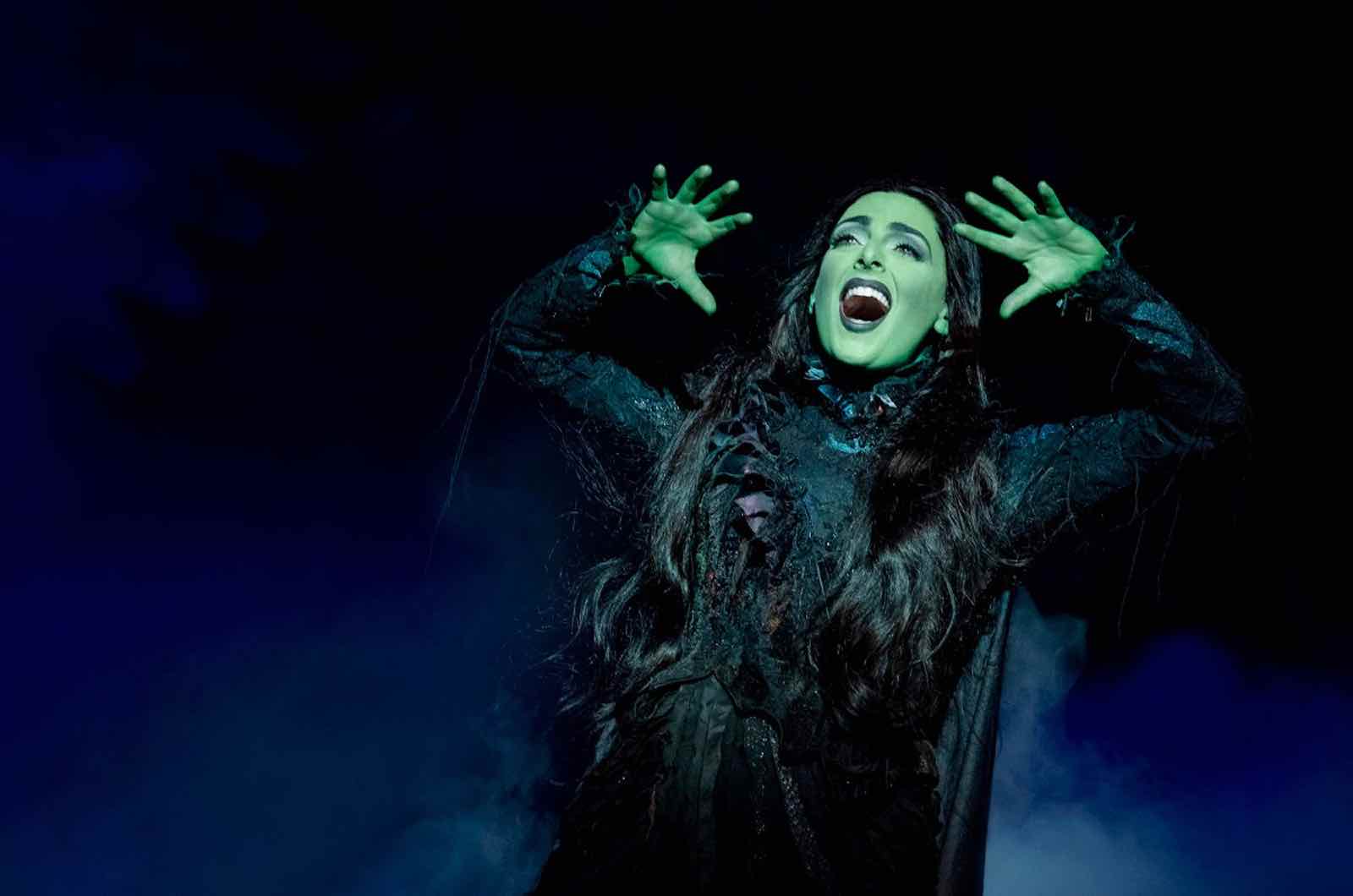 The Wicked movie is the film musical fanatics have been dreaming of since the announcement. Well, before Hamilton came out for sure. Already Universal did it a disservice giving its slot up to Cats and trying to put it in competition with Avatar 3.

Maybe Universal will defy expectations and bring us a gorgeous film, but right now, we’re getting ready to release our flying monkeys in protest. 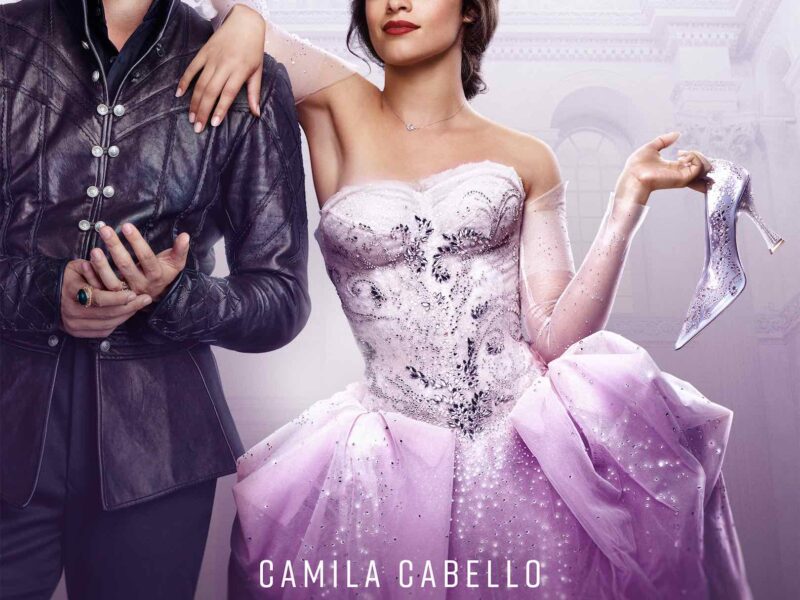