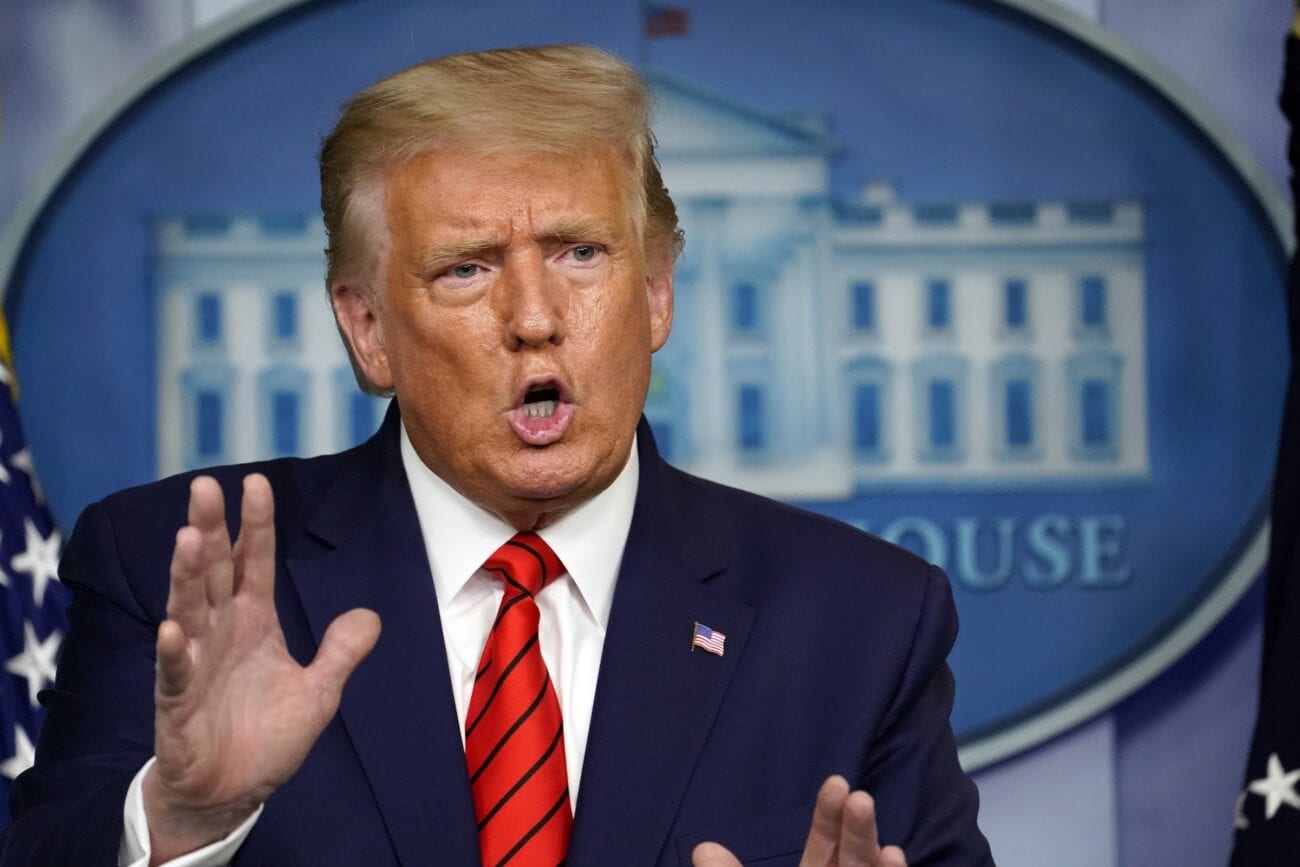 What is President Trump’s tax return going to reveal?

Remember back in July sometime when it was announced President Trump would eventually have to hand over his tax returns? It seems like ages ago, and honestly, with the insanity of this year’s news cycle, we wouldn’t blame you if you forgot or completely missed it altogether.

However, those who were excited may be wondering when the heck we’re going to lay our eyes on them and what they might possibly have within them. Well, take a deep breath, because if the public ever sees them it won’t be for a long while.

The whole situation is an awful lot more complicated than “Trump needs to make his tax return public” – in fact, that isn’t even what it’s about at this point. So, let’s take a look at what led to the July announcement, what the court ruling from July means, and what the current president’s tax return might reveal. 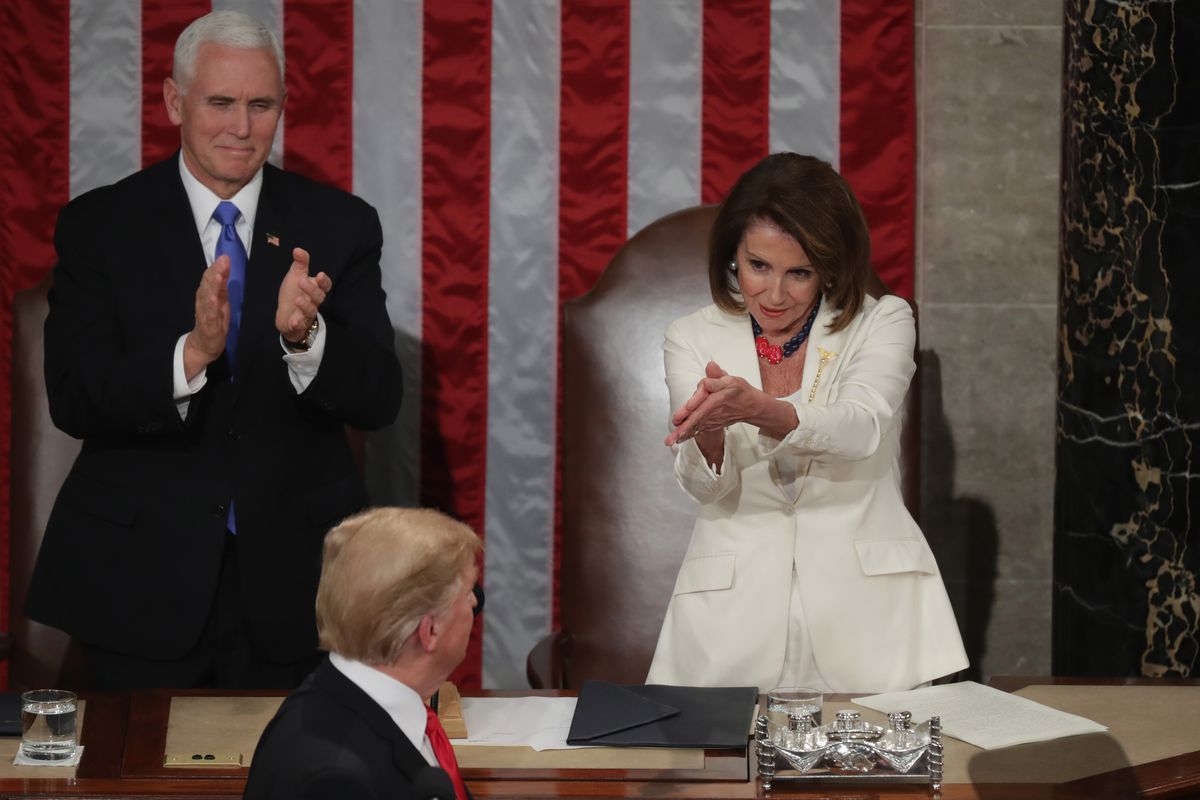 There are two court cases against Trump currently asking to see the president’s tax returns. One of them is Trump v. Mazars. This case boiled down to Congress asking to see Trump’s taxes (and other financial documents) because they were looking into whether or not conflict-of-interest & disclosure laws may need rewriting.

This subpoena was rejected by the Supreme Court. Which, if you’re one of the people salivating at the thought of poring over Donald Trump’s tax returns, we’re sorry to inform you this was your best shot at having that opportunity.

As CNN states it, “Congress leaking things is, um, a practice as old as time itself”. 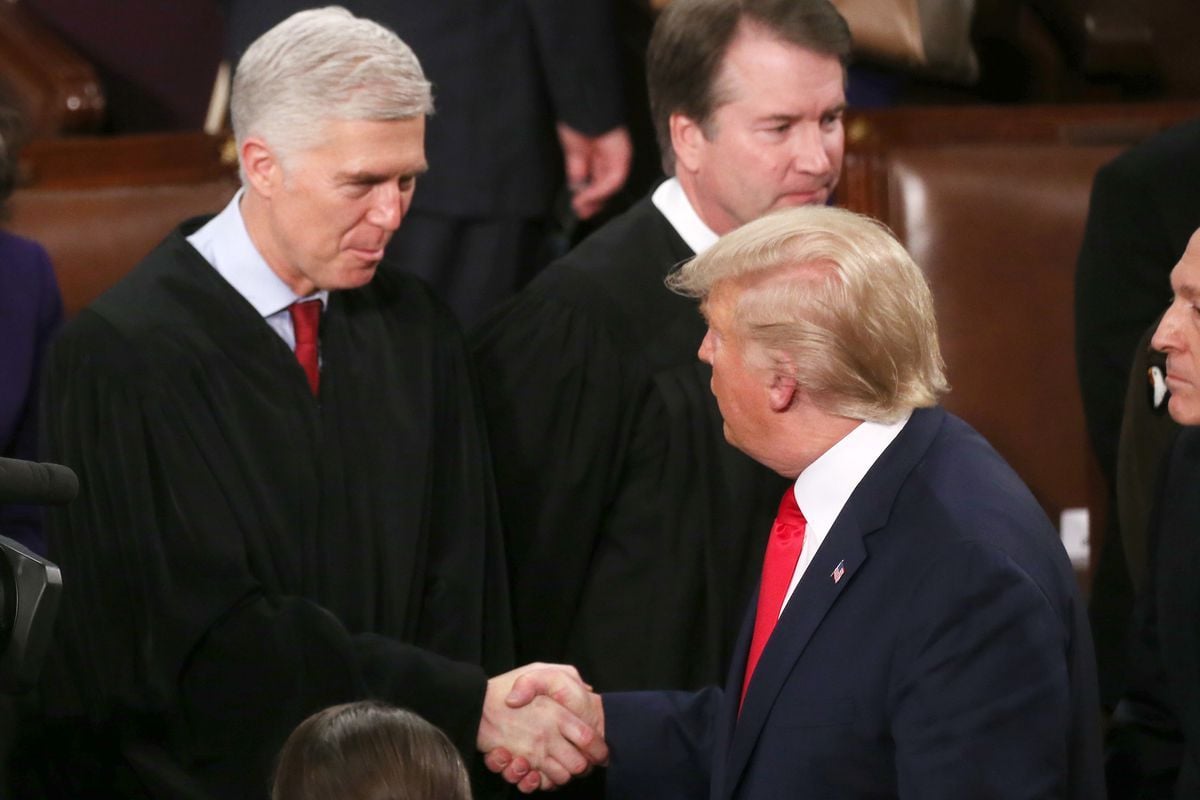 This is the second case requesting a look at Trump’s tax return, and the ruling on this one is what got people in a frenzy, though likely unnecessarily so. This is a grand jury investigation. Meaning a jury of citizens are allowed to conduct legal proceedings & investigate potential criminal conduct in order to decide whether or not criminal charges should be made.

This grand jury is investigating whether or not Trump and/or the Trump Organization violated any state laws regarding the alleged hush money given to Karen McDougal and Stormy Daniels before the 2016 presidential election. On top of this, they’re assessing whether any business records may have been falsified or tax laws violated.

Ultimately the Supreme Court declared presidential immunity did not cover this request, meaning the grand jury will be granted access to the documents – at some point. 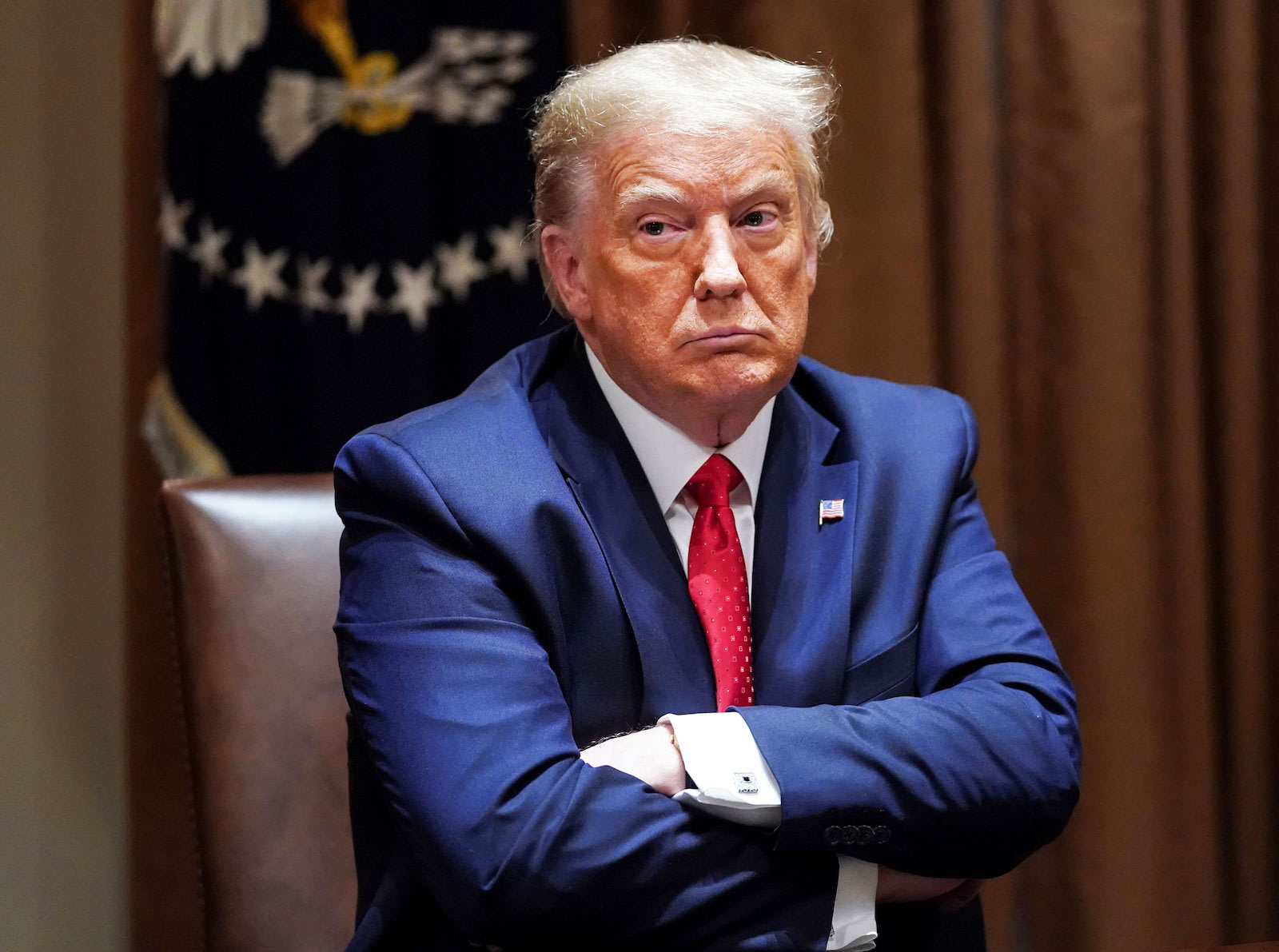 Don’t be too excited

While yes, this is a somewhat big deal, especially since no sitting president has ever been criminally indicted, nobody knows when the grand jury will be given access to the financial records.

This is no longer a Supreme Court case, meaning it’s been remanded to a lower court, and that it will take time before the grand jury investigation is given the documents, though it does seem extremely likely they will get them eventually. If you’re hoping it will be before the November election, again, we’re sorry, but you’re out of luck.

If you’re also hoping the documents will somehow be made public, we’re afraid this is also rather unlikely, because leaking grand jury evidence is illegal and could jeopardize any potential criminal charges. 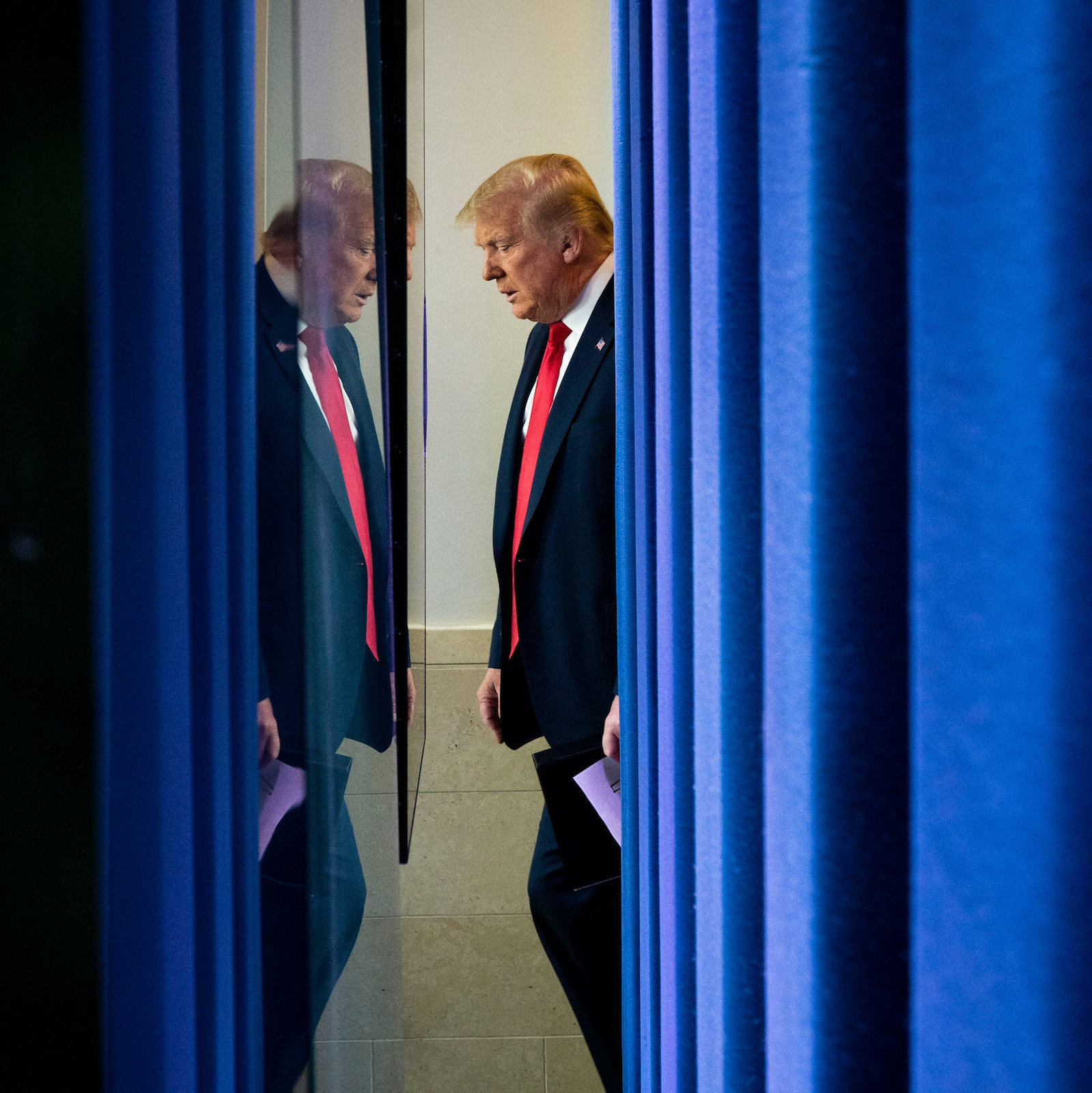 Why Trump has avoided releasing them

People have been clamoring for Trump’s tax returns since before he was elected and the man has clearly done everything he can to avoid doing so. Presidents and presidential candidates have made their records public before in previous instances, but Trump has intentionally evaded the request for years.

Some believe that whatever the tax returns may reveal were decided to be more damaging than avoiding the release altogether.

People have theorized all kinds of potential revelations from finding out he’s abused tax loopholes, discovering he isn’t quite as rich & successful as he’s led the world to believe, that he doesn’t donate as much as he claims, or that he owes foreign banks money.

In the end, we’re going to have to keep wondering because there’s no guarantee the documents will ever be made public, and if they are it won’t be for a very long time. Though, this could potentially be a rather big deal for the grand jury . . . eventually.