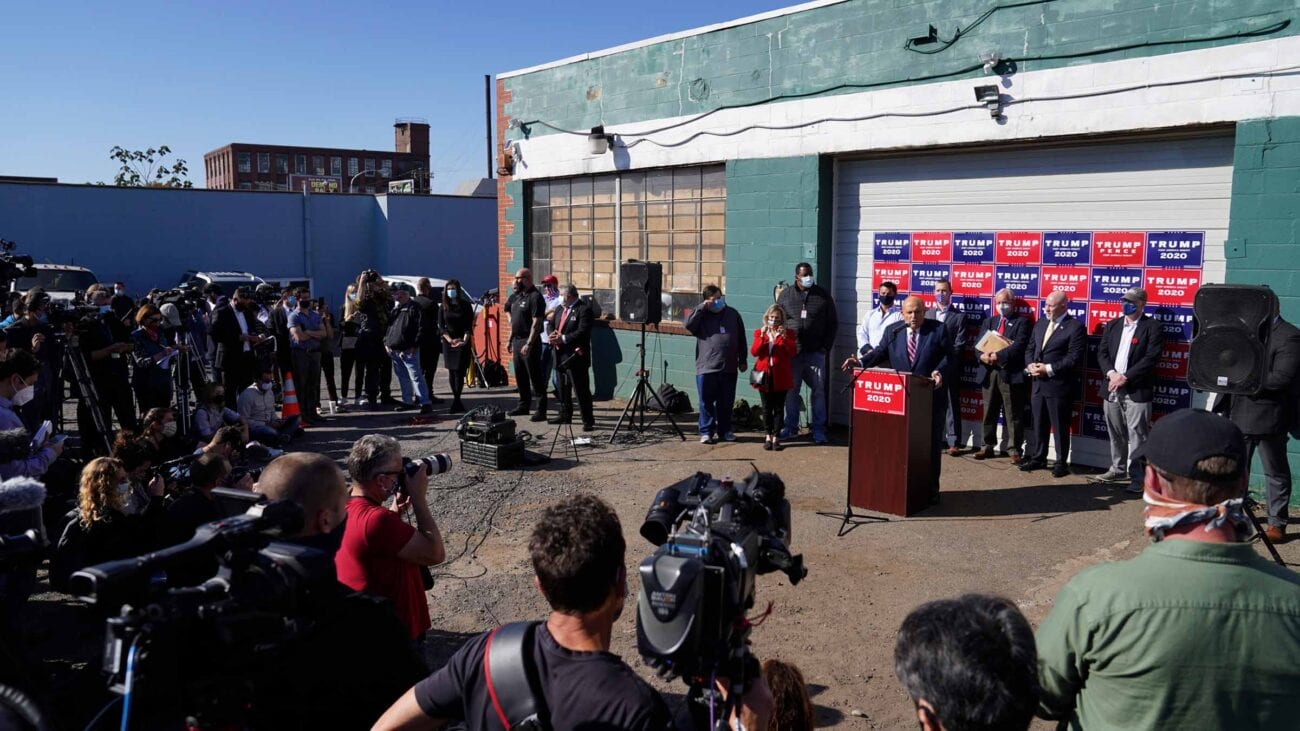 The 2020 U.S. Presidential election has been absolutely bonkers from start to finish. Regardless who you voted for, we’re all just thankful it’s finally coming to a close. As the ballots were finishing their counts Saturday, both Joe Biden and Donald Trump set up press conferences near Philadelphia, one of the last key cities counting votes.

In case you missed it, the Trump campaign called a press conference this morning in the parking lot of "Four Seasons Total Landscaping" in Philadelphia. The assumption is that they meant to book the Four Seasons hotel but made a mistake and just went with it. Seriously. https://t.co/K0w7wqoUs1

Naturally, the internet took Trump’s blunder and ran with it. Give yourself a good post-election laugh today, and check out the best memes about Trump’s press conference blunder.

Definitely one way to go out

Knowing how Trump has always been a man of wealth and status, this is not the way most people saw him leaving the White House.

—answered the phone
—heard that the Trump campaign wanted to hold a press conference in his parking lot
—realized they had mistaken him for a hotel
—Looked at an invisible documentary camera
—said, “Absolutely.” pic.twitter.com/59kkvWfD4V

Seriously, this entire incident just feels like something Michael would’ve screwed up and done on The Office. Or worse, a phone call poor Jim would actually receive.

I heard the Trump press conference is in between a sex shop and a crematorium. It sounds like he’s caught between a cock and a charred place

A unique twist on a classic idiom

The Trump campaign has faced numerous issues over the years, so maybe this was just their way of using the press conference today as a literal metaphor?

Trump has a very particular way of speaking for sure, at least during his 2016 campaign.

Let’s hope the person who booked Trump’s press conference today in the wrong spot isn’t in charge of his next one.

I need to go to Pets At Home today but I’m worried there might be a Trump press conference in the car park.

Who knows where he goes?

We could be wrong though, and Trump just randomly books his next press conference at the local grocery store.

After the Four Seasons Landscaping press conference debacle, I'm now I'm wondering if Trump will deliver his concession speech at McDonalds or a KFC.

Trump gave winning college sports teams Big Macs when they came to the White House, so we’re expecting that same energy when he concedes.

A moment of silence for the poor intern who accidentally booked Four Seasons Total Landscaping for Trumps "Big" press conference instead of the hotel 🤣 Kudos for just running with it though 👍👍 #RIP #FourSeasonsTotalLandscaping pic.twitter.com/IkgQpSn6uy

This definitely sounds like a screw up by an innocent intern.

The mistake in this tweet is anyone taking Rudy Giuliani seriously to begin with. Have you seen Borat 2?

the Trump election press conference could not have gone more smoothly pic.twitter.com/WmLh3AJdEa

Seriously, add a ball pit and some Johnlock shippers and this press conference would be Dash Con 2.