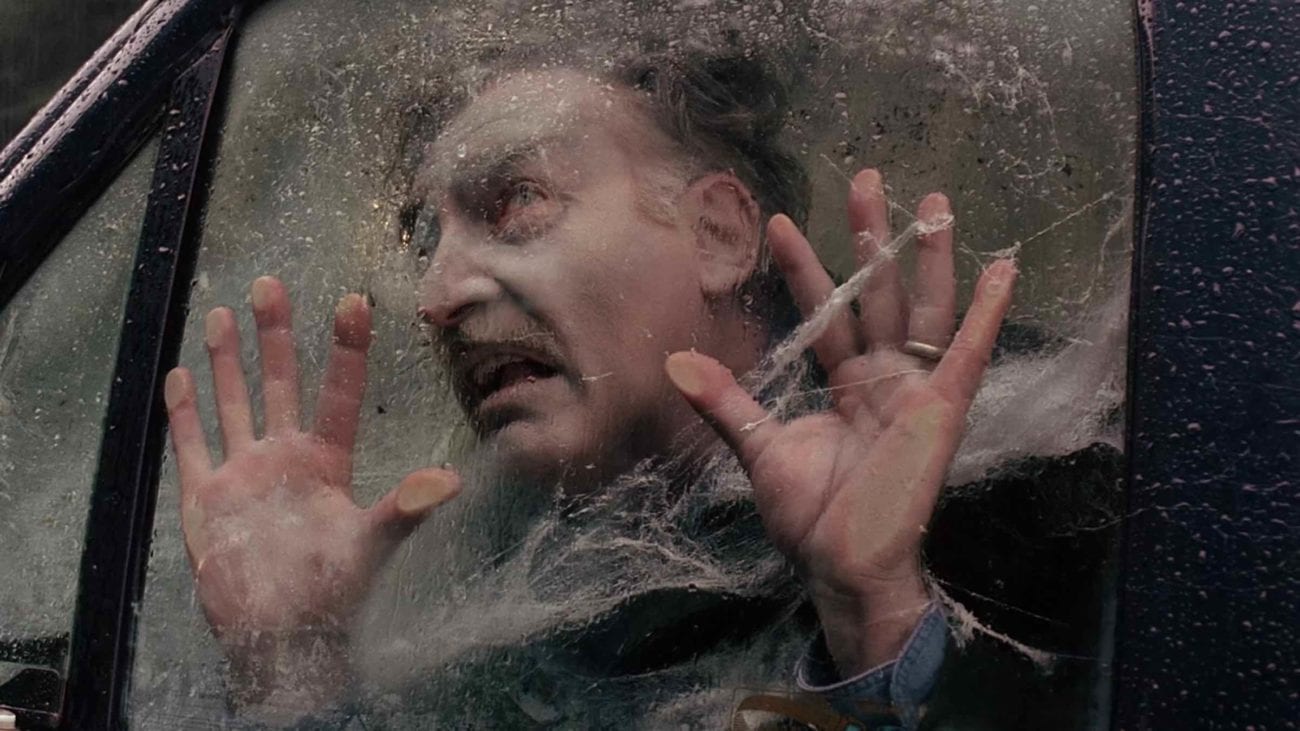 The coziest (not creepiest) ‘The X Files’ episodes ever

We’ll be honest: we’ve exhausted all of the normal, sweet comfort programs to watch during quarantine, so now we’re desperate and turning to the creepy horror shows to try and mine for the occasional cheerful episode.

Right now, that includes Fox’s The X Files. Next week, it will probably be a list of the most light-hearted moments in Lars von Trier films.

But The X Files really did have sweet episodes, in between others like “Home”. It’s not scientific, but you can normally tell how serious an episode will be based on how much of it Fox Mulder (David Duchovny) and Dana Scully (Gillian Anderson) spend running down dark hallways.

Here are our favorite X Files moments that we weren’t hiding under the covers from: 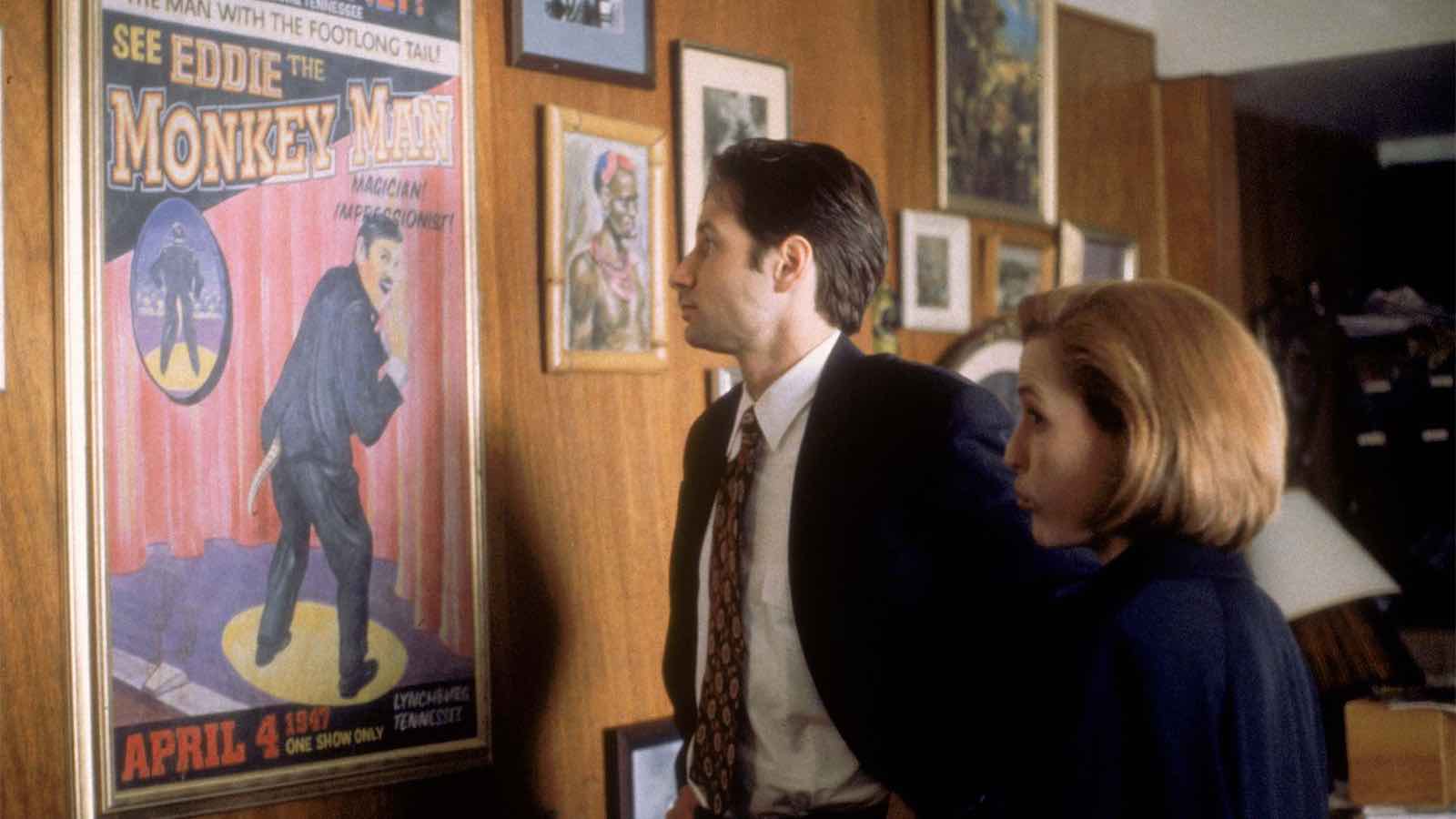 This monster-of-the-week featured a shapeshifter who raped multiple women disguised as their husbands, after working as a janitor at a fertility clinic. Then the shapeshifter chained Mulder to a pipe in a basement and attempted to take over his life.

. . . Like we said, we’re doing our best to find comfort watching content for The X Files, but it’s hard when it deals with monsters (both human and other) in every single episode.

There are so many great details about this episode, starting with the fact that Mulder somehow always ends up in a basement, but we love that it was written by Breaking Bad creator Vince Gilligan and X Files writer extraordinaire/part-time flukeman Darin Morgan played the shapeshifting monster Eddie Van Blundht. 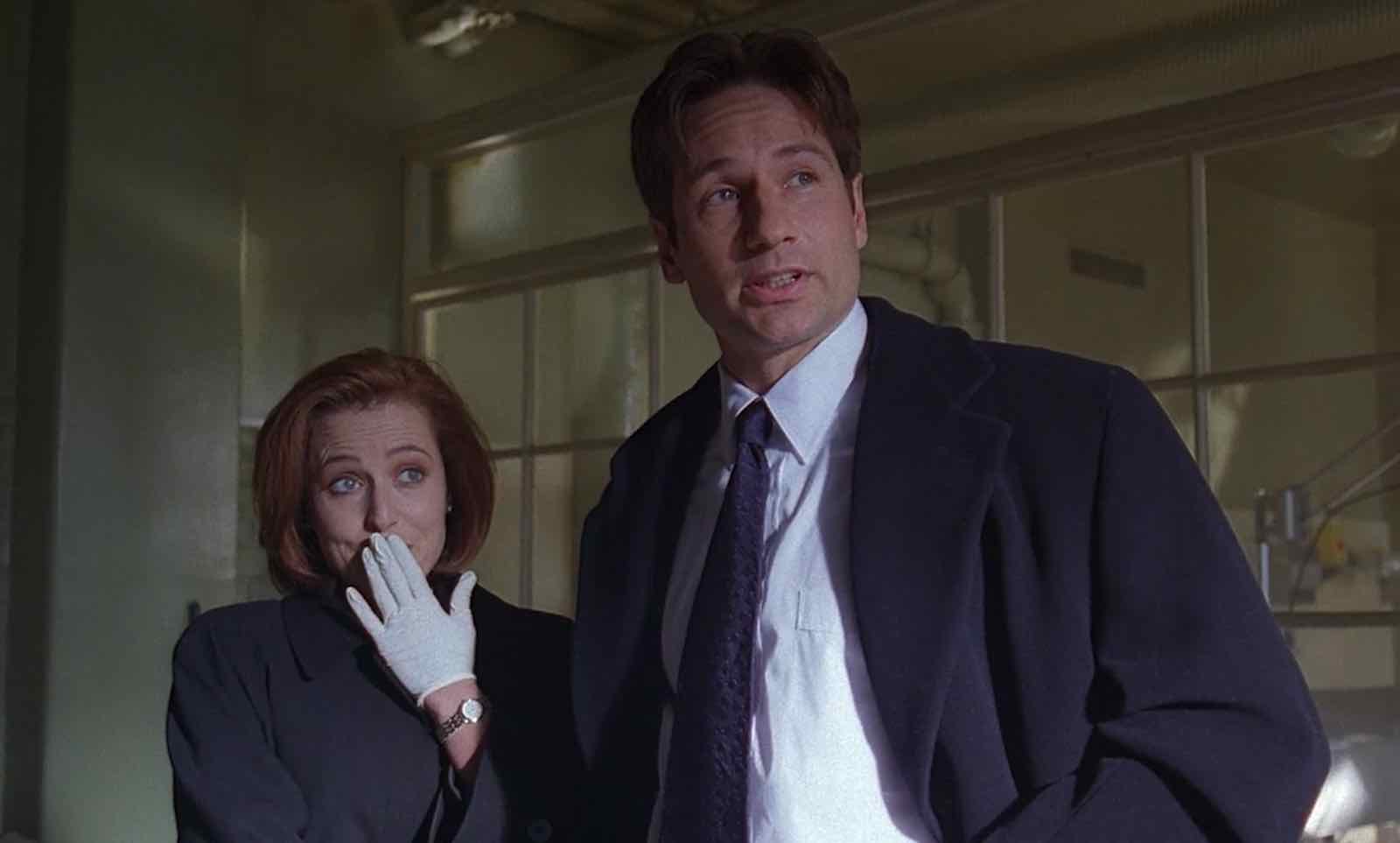 The season 5 episode is consistently ranked as one of the funniest X Files episodes to ever air. The cold open alone is one of the best X Files gags that we’ve ever seen, and it only gets better from there. 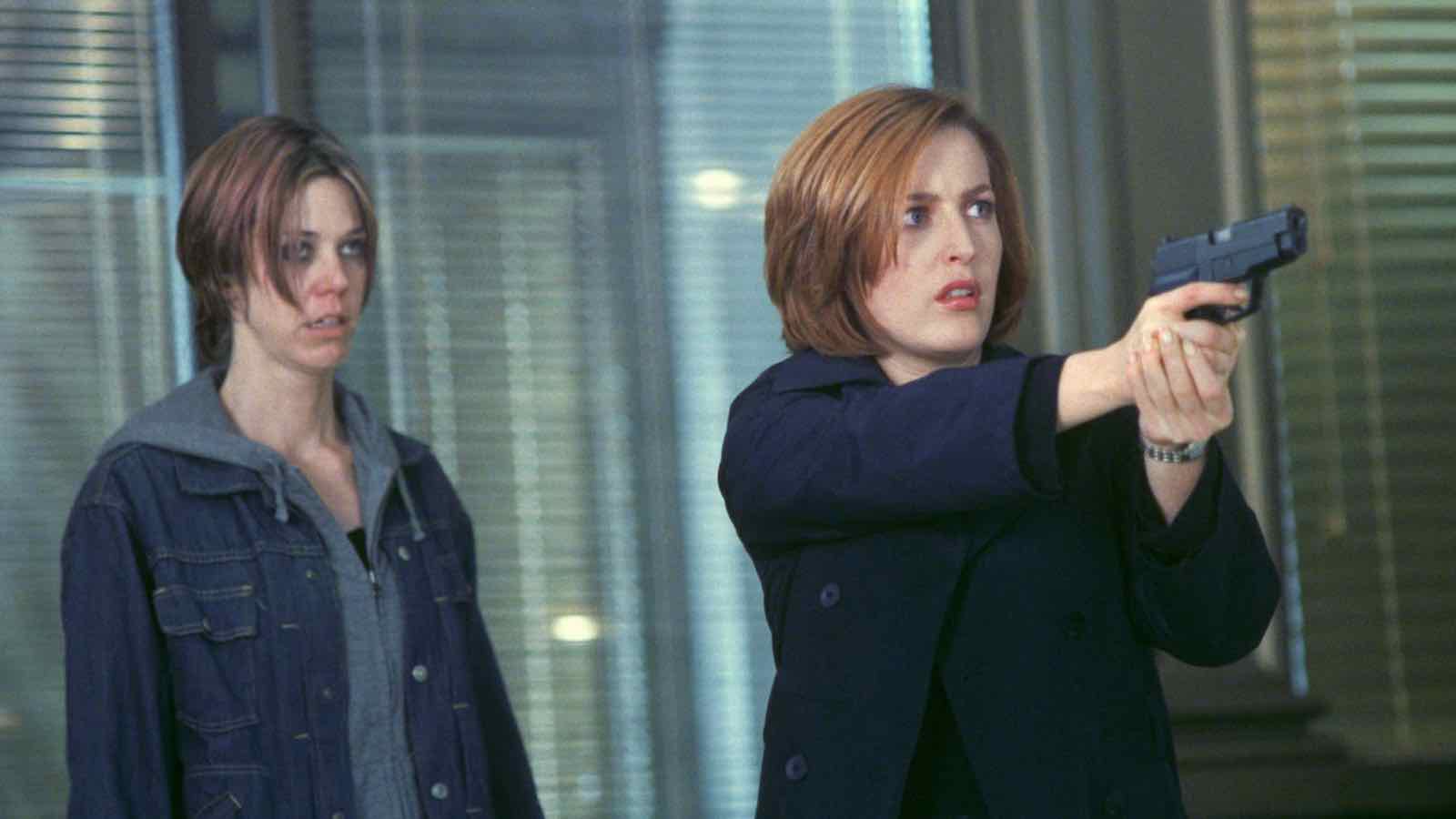 A lot of the later seasons felt like wish fulfillment from X Files fans. And none of us fans were complaining.

The season 6 episode “Arcadia” saw Mulder and Scully living domestically in the suburbs, because when the FBI needs agents to convincingly go undercover for a long-term assignment on a missing persons case, they would obviously pick the uber-intense former medical doctor and the paranormal wackadoo with the basement office.

This episode has everything: Mulder in a pastel sweater, lawn ornaments, a murderous Tulpa made from garbage, uncomfortable dinner parties, and a victimized neighbor hiding in the sewers. 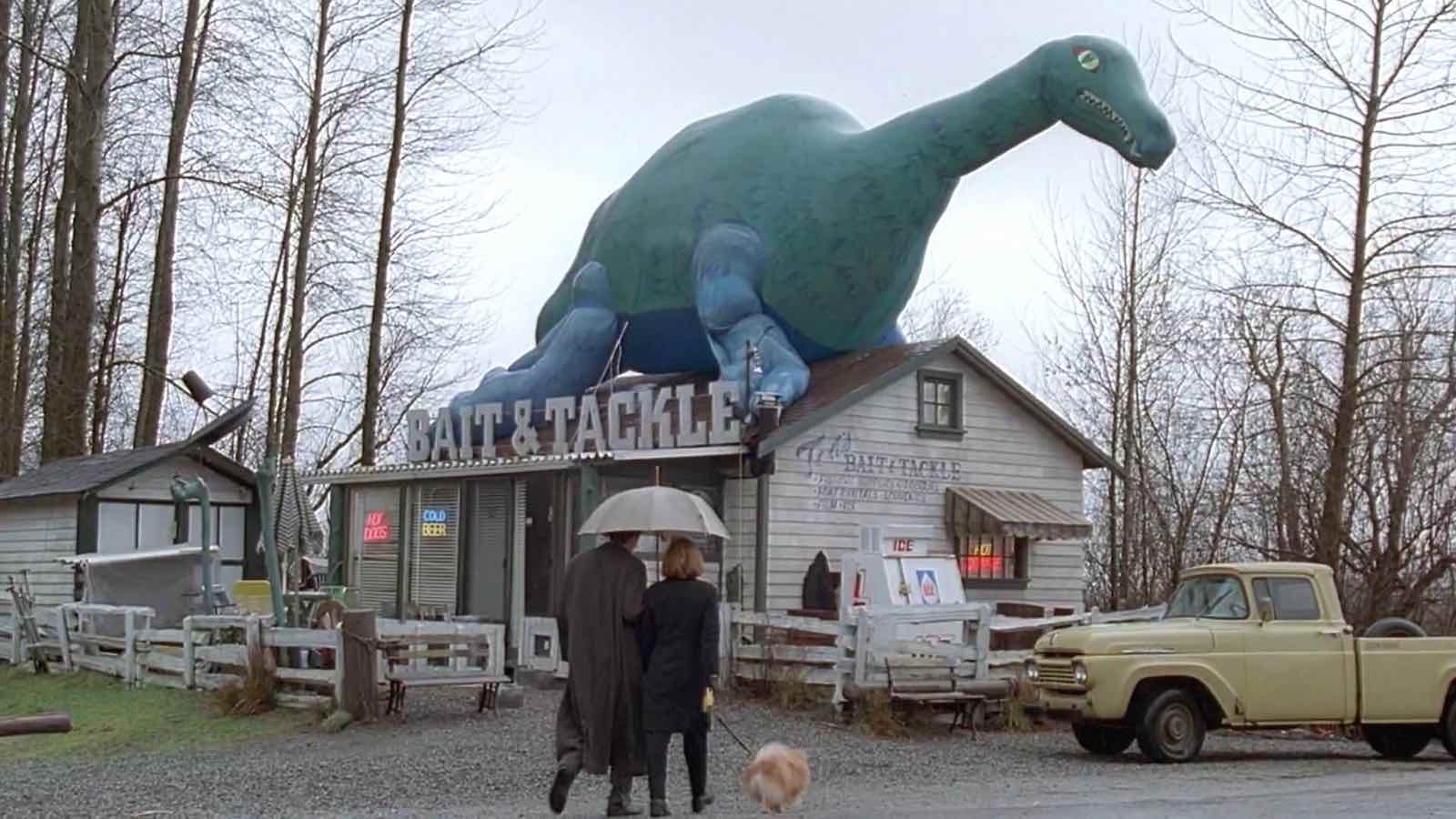 It is 45 minutes dedicated to hunting a Loch Ness-style monster, set in a lake in Georgia that looks suspiciously like Canada.

The standout of this episode is obviously Queequeg, Scully’s Pomeranian. 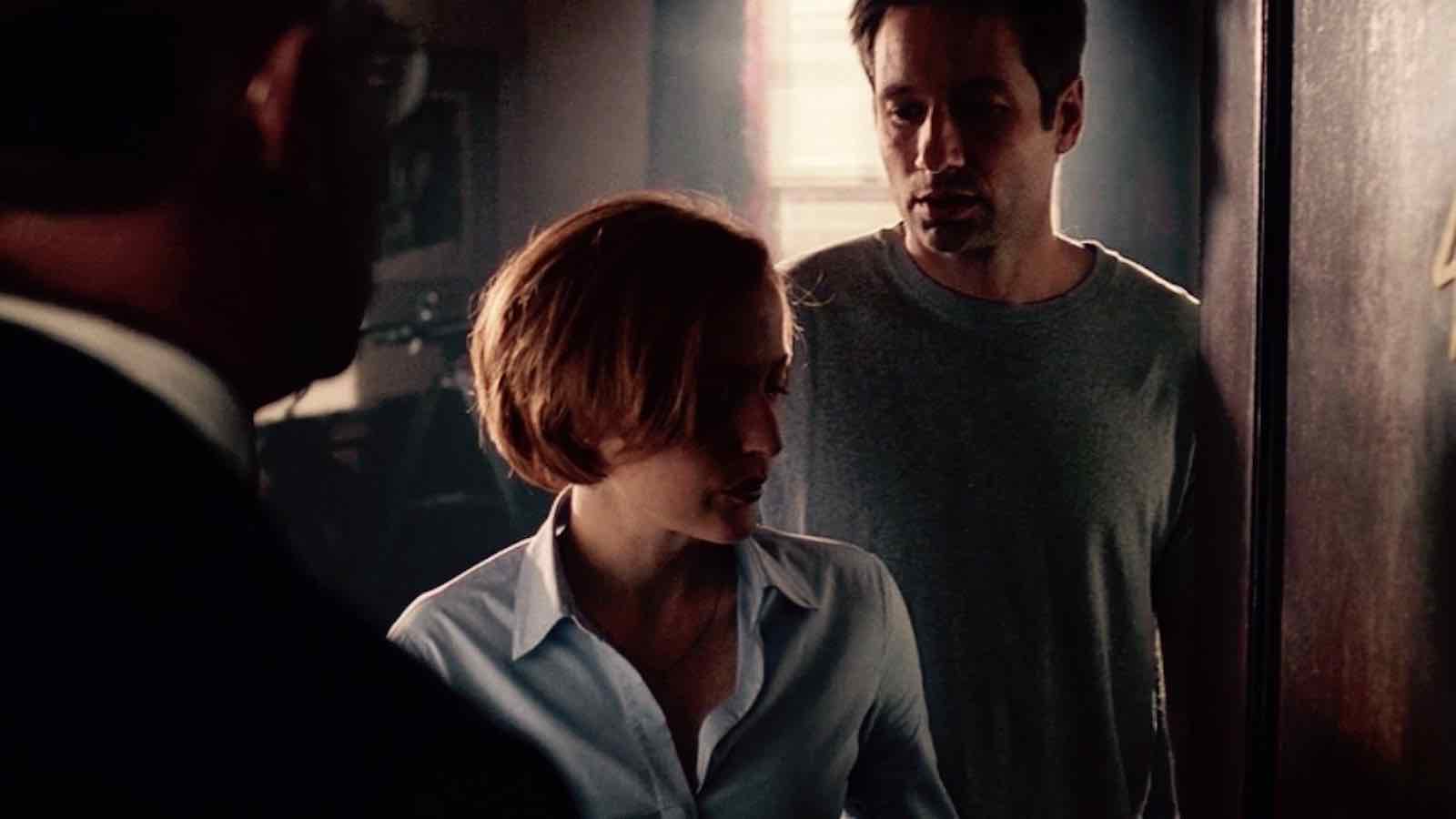 The problem with any long-running TV show built on deep-rooted mythology and mysteries that build each week is that the program is never going to satisfy the viewer.

The result gets so convoluted and confusing that nobody can keep track of what is happening anymore, and we’ve seen it time and time again: we saw it on Lost, The X Files, Game of Thrones . . . even Cheers got kind of confusing towards the end (why did these people never leave the bar? Were they in purgatory? Was the bar representation of purgatory?) 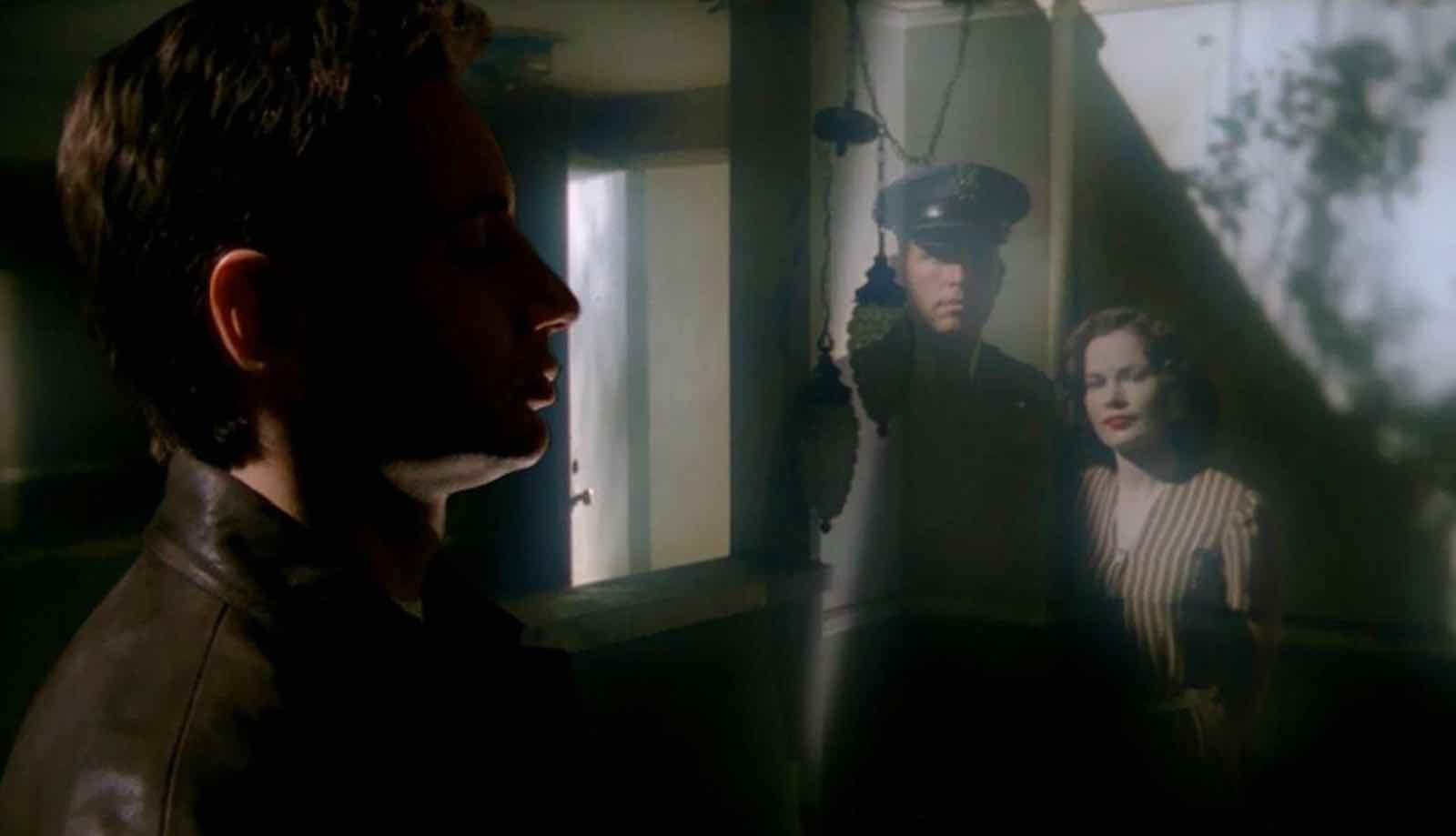 “Closure” closed the book on Mulder’s sister Samantha, who was abducted when the two were young and served as the driving force behind Mulder’s quest for answers and his involvement with all of the unsolved mysteries in the X Files.

What’s interesting about “Closure” is that the final answers to Samantha’s disappearance function as the B plot of the episode: most of the 45 minutes are devoted to solving the disappearance of children at a Santa Village who were abducted by a serial killer.

The final five minutes allow Mulder to finally accept that his sister is gone, and while he never receives the answers he wants for her disappearance, he receives absolution for the guilt and anger he carried about it for years.

If you love The X Files, do sign up for our newsletter. We promise only to send you the most relevant news, contests, quizzes, and polls.