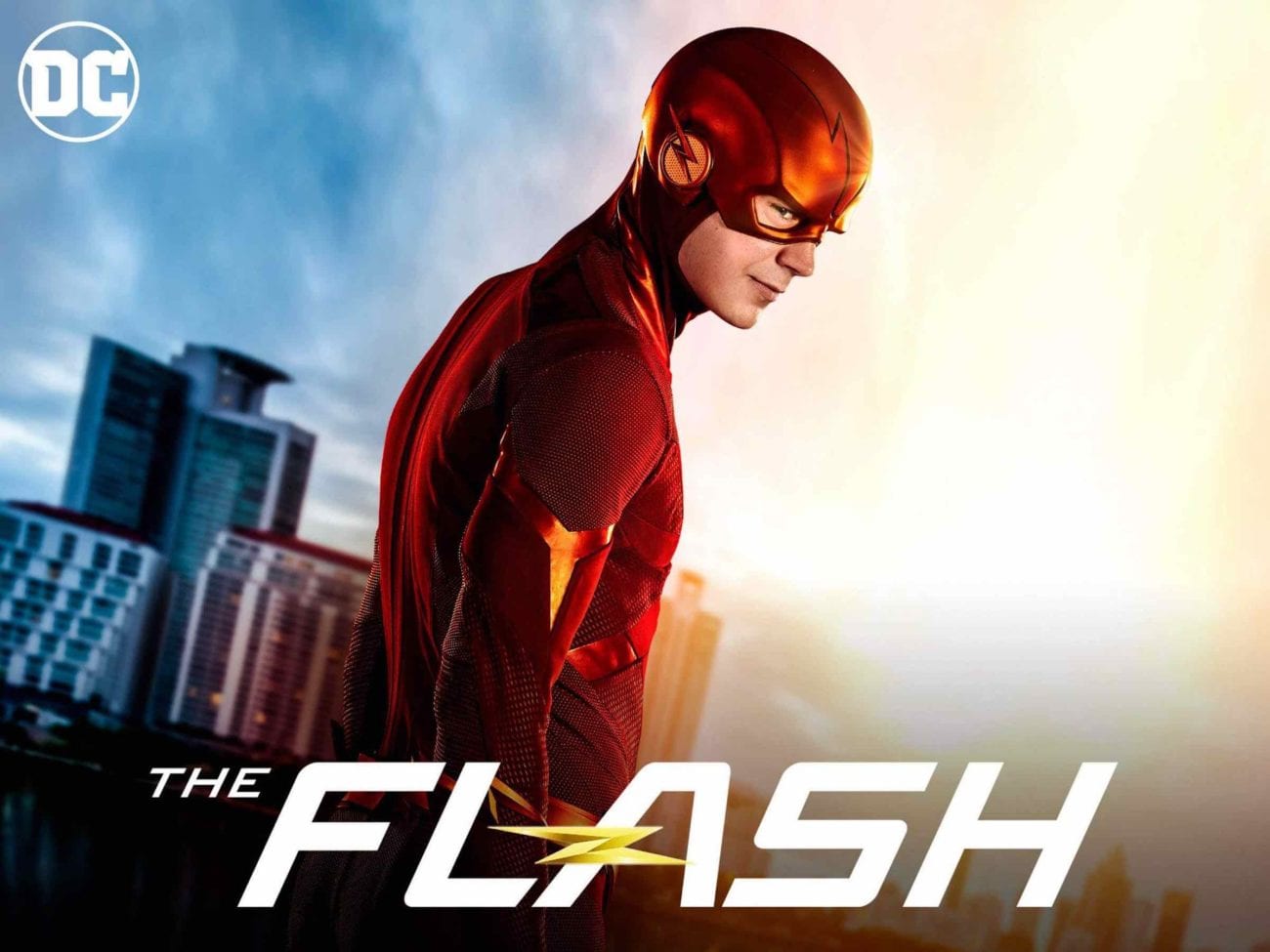 Ready for ‘The Flash’ season 6? Read this first

The Flash returns on Tuesday, Feb. 4 at 8/7c on The CW. Showrunner Eric Wallace made it clear that the first half of season six of The Flash was Season 6A with its own arc and villain. Now we’re going into uncharted territory, folks. Barry (Grant Gustin) has survived Crisis On Infinite Earths, Earth is now Earth-Prime, and the timeline has changed.

For once, it’s not Barry’s fault that it changed either. Even though we’re certain things will go in a new direction for the rest of The Flash’s sixth season, we should probably just refresh everything before season six begins. 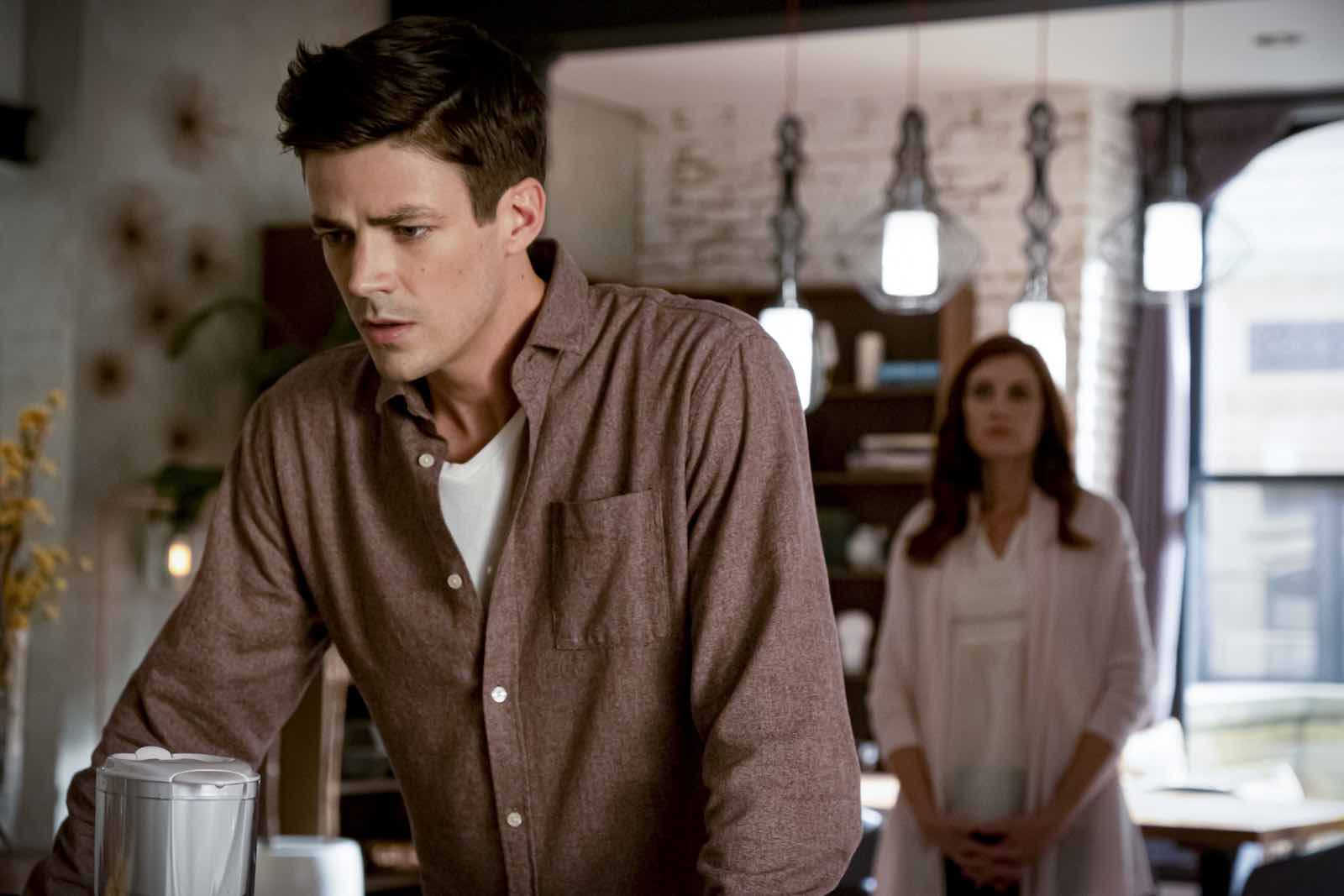 The Death of Barry Allen

The biggest storyline in the first half of The Flash’s sixth season is the news that Barry will “vanish” (read: “die”) in the upcoming Crisis. Due to time shenanigans at the end of season five thanks to Eobard Thawne (Tom Cavanagh), the date for Crisis was moved up to 2019. When the Monitor (LaMonica Garrett) informed Barry and Iris (Candice Patton) that the Flash must die in Crisis, Barry took it as a terminal diagnosis while Iris tried to figure out how to keep her husband around.

Eventually, Barry took to preparing Frost (Danielle Panabaker), Cisco (Carlos Valdes), and Ralph (Hartley Sawyer) for life after the Flash. He named Cisco the new team leader, helped Frost get a handle on her emotions, and made sure that the people of the city loved Elongated Man (Ralph) before he passed on.

Thing is, however, Barry may not have been dealing with that as well as you’d like to think. Barry was preparing for his own death, while also grieving for the Nora West-Allen (Jessica Parker Kennedy) that was part of the Team Flash in season five. Things were taking its toll on the hero, which allowed for one bad guy to slither in. 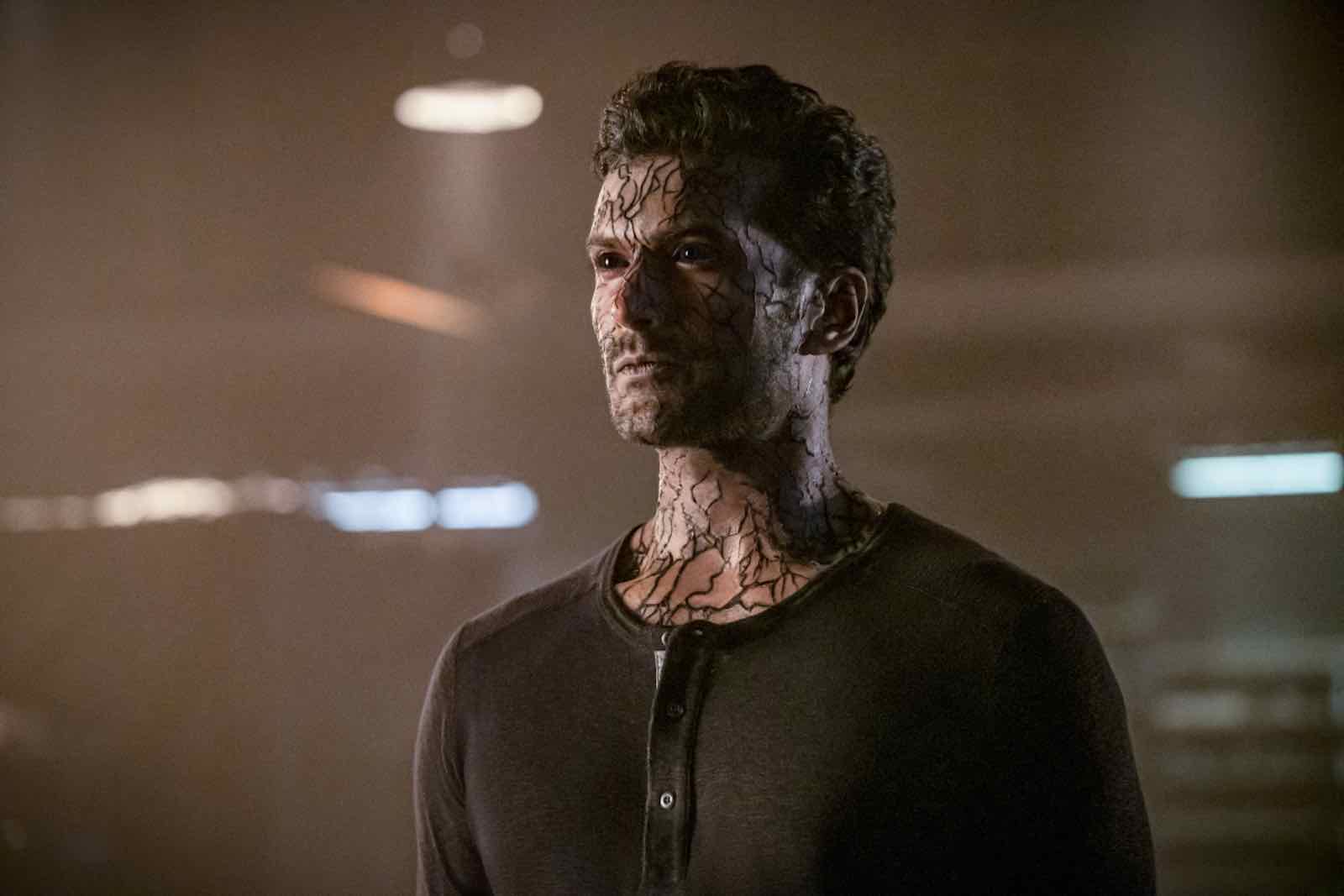 One of the largest failures of the Arrowverse as a whole is their villains. It’s hard to have a Big Bad over the course of 20+ episodes and not get bored of them rather quickly. Rather smartly, Wallace decided to split the Big Bad into two different entities (taking a sort of Agents of SHIELD or Teen Wolf approach). Our Big Bad for the first half of season six was Ramsey Rosso (Sendhil Ramamurthy), a brilliant doctor who wants to cure a rare form of blood cancer that killed his mother and that he possesses.

Ramsey wanted to use dark matter in order to help his cure, going to his old friend and mentee of his later mother Caitlin Snow (Danielle Panabaker) for help. Caitlin, however, refused to give Ramsey the dark matter, worried for the meta ramifications from such an act. He does get the blood and the dark matter and some sort of weird Dominator (see 2016’s Invasion crossover) stabilizer that leaves him with a weird meta power. 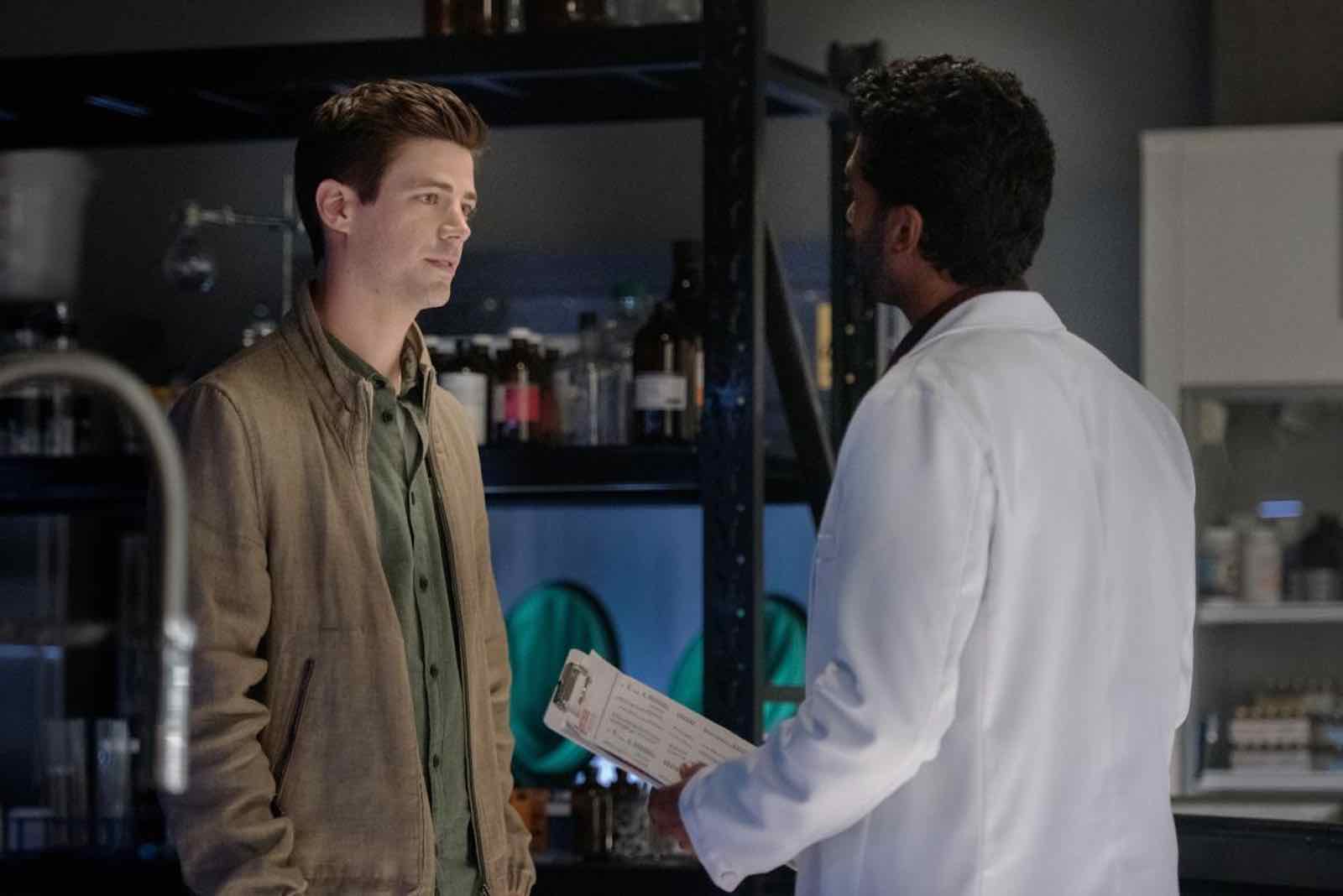 Ramsey is sort of a zombie maker. Once his blood gets into the bodies of others, Ramsey can control them and feed on them. The more terror his victim feels then the more potent the bloody is. It keeps death at bay for Ramsey while also keeping death at bay for others as well.

But, you know, at what cost?

With Barry telling Ramsey of his own “terminal diagnosis” and Ramsey very nearly infecting Ralph before Barry gave Ralph a blood transfusion of speedster blood, Ramsey learns of Barry’s superhero identity along with what’s coming. He offers to “help” Barry. 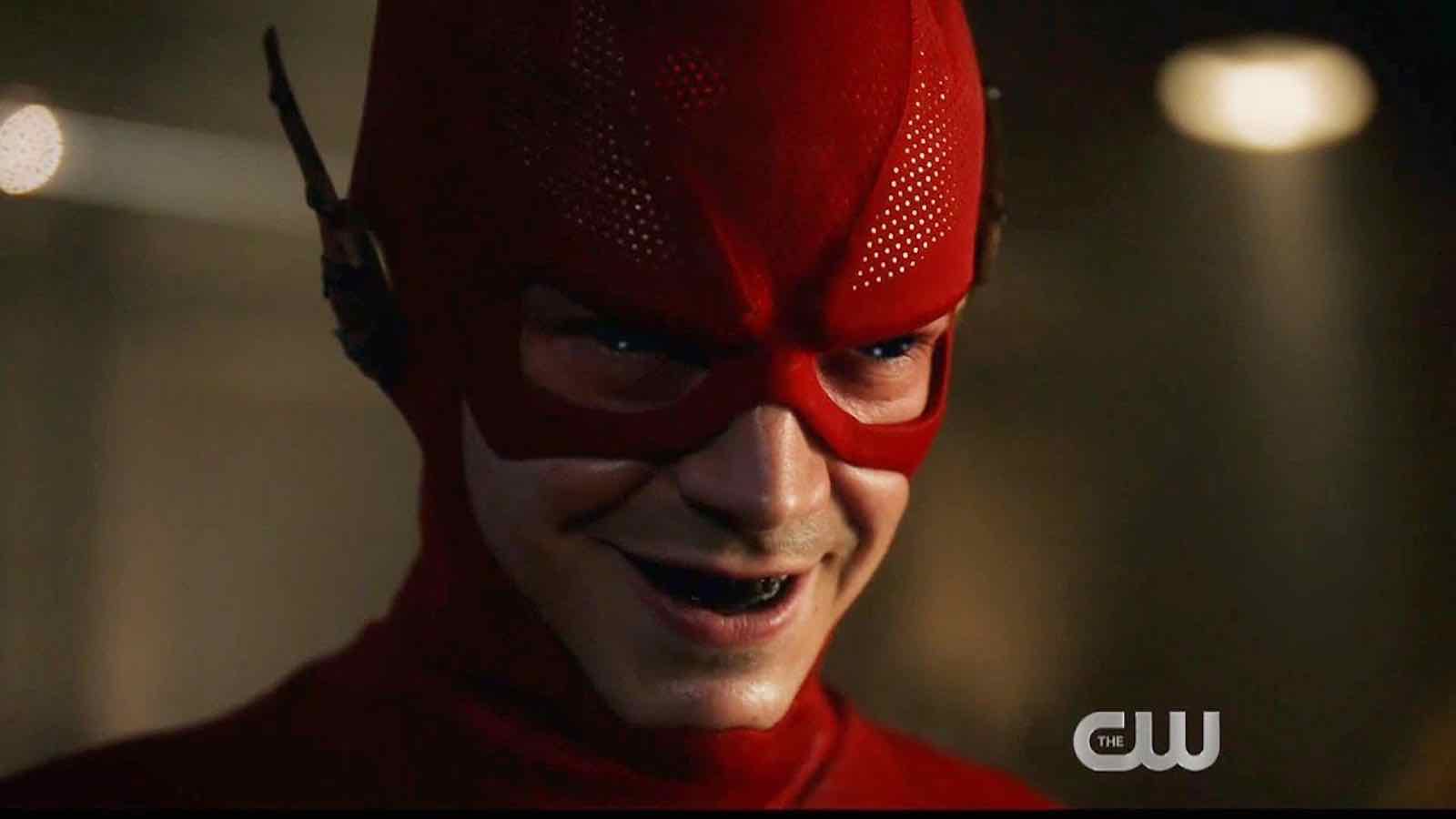 “The Last Temptation of Barry Allen”

Technically, the midseason finale of The Flash is a two-parter. The first part takes place in Barry’s mind as he tries to fight back against Ramsey’s infection with the help of the Speed Force, who appears Barry’s deceased mother Nora (Michelle Harrison). Ramsey sells Barry hard on letting the infection take hold so he can survive the coming Crisis. It well and truly tempts Barry.

Why? Well, he has seen his future. He met his daughter and is married to the love of his life. Frankly, Barry doesn’t see why it’s always him that has to continually sacrifice his loved ones and happiness to be a hero. He gets even more pissed when he realizes that with Ramsey’s blood Barry would survive the Crisis.

But, as the Speed Force points out, at what cost? (Side note: The first part of this two-part story is truly some of Grant Gustin’s best work in the whole of The Flash.) 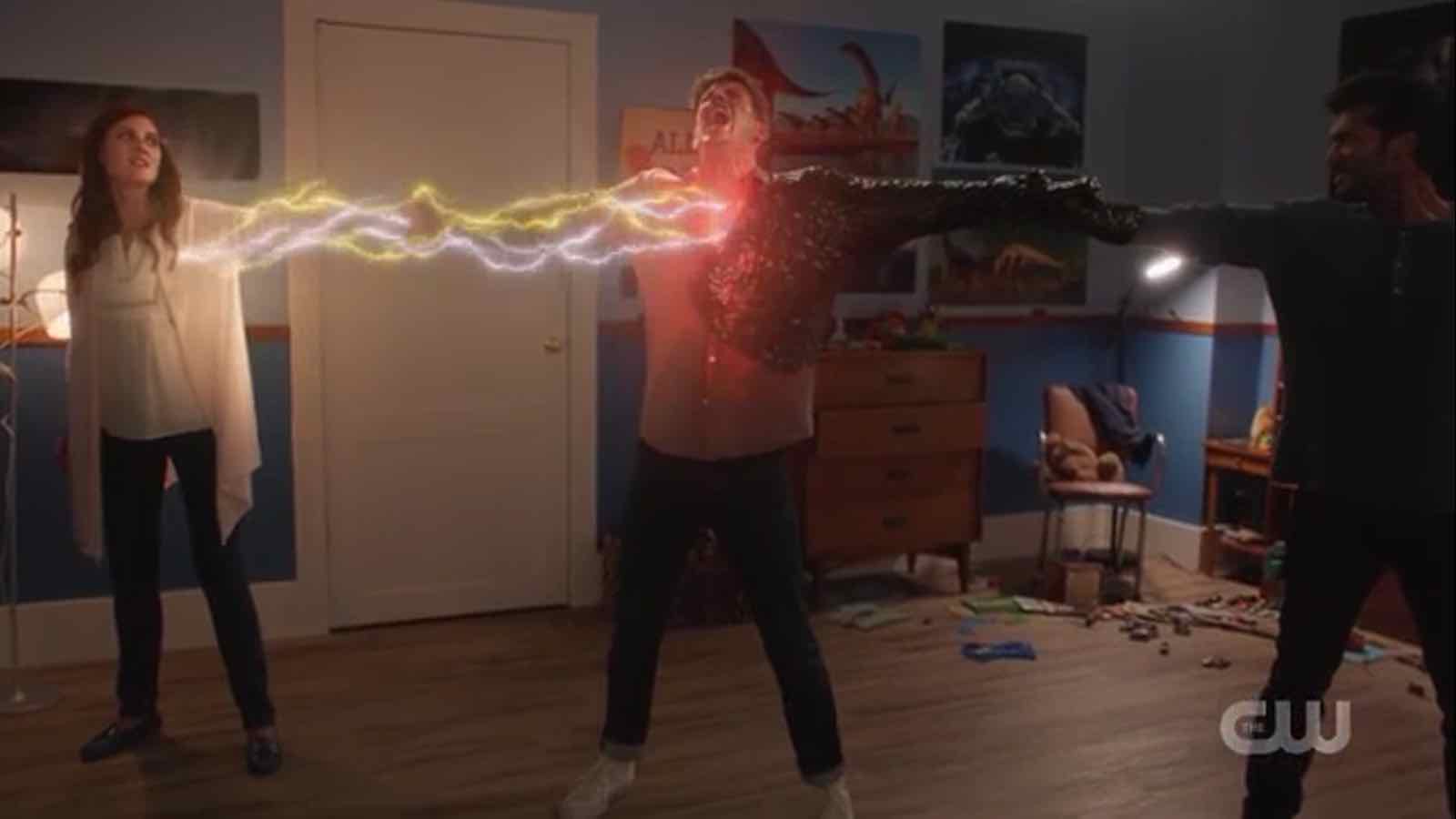 It looks like Barry breaks free of Ramsey’s infection. Until it’s revealed that no, no he hasn’t. Under Ramsey’s control, Barry becomes Dark Flash, destroying the Cortex of STAR Labs, and infecting as many people as he can.

Iris, Cisco, Frost, and Joe (Jesse L Martin) try their best to battle against Ramsey and the infected Barry. Thanks to some clues from Barry (who is fighting back against Ramsey’s control), Team Flash is able to come together and save the day. They are able to imprison Ramsey in a very secure location and send him to ARGUS. 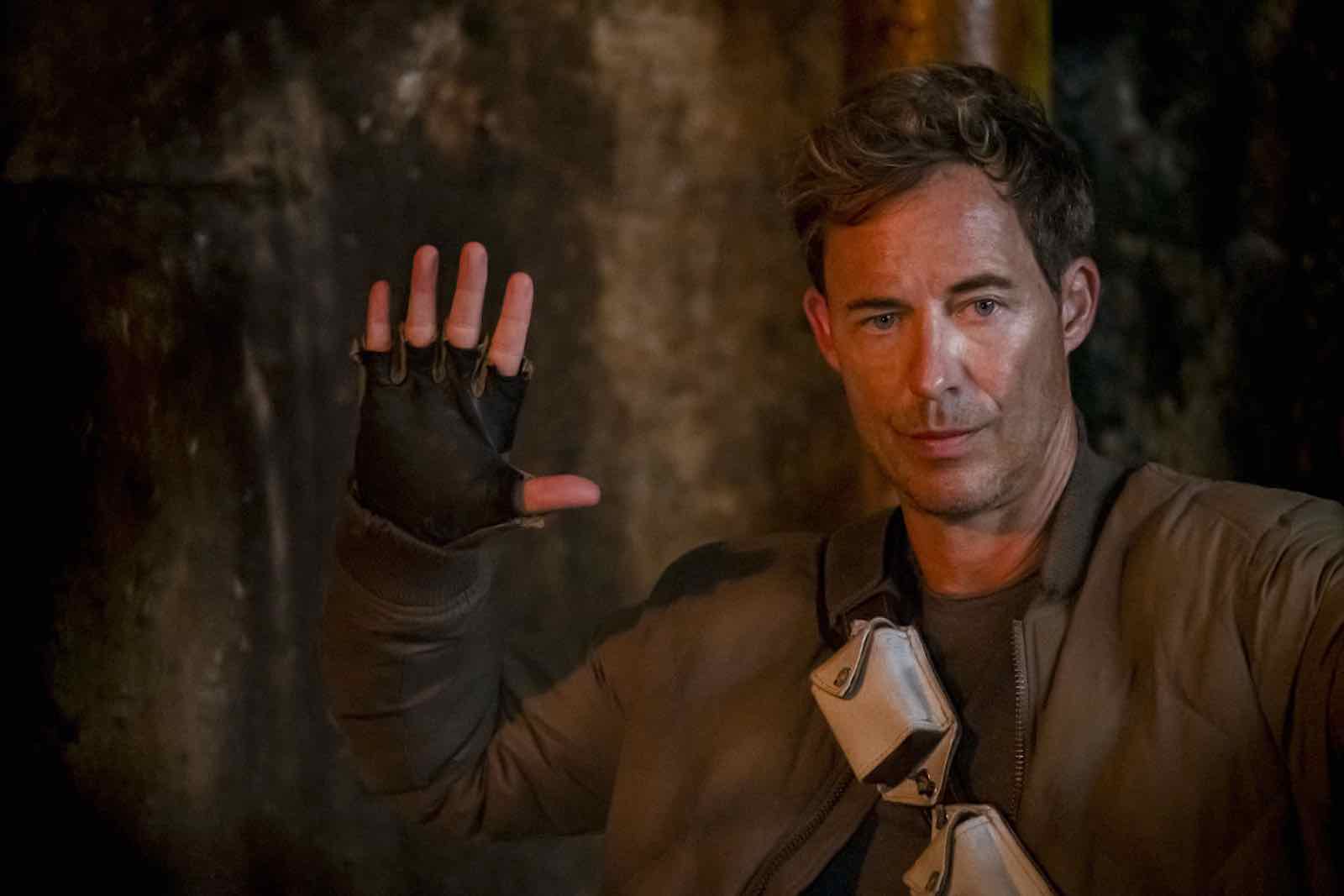 It’s something of a running gag that every season a new Harrison Wells (Tom Cavanagh) will show up and join Team Flash. Though we have to wonder about the tradition now that, well, those on Earth-Prime think that the multiverse is no more. Anyway, season six Wells is Harrison “Nash” Wells, who wants to kill the Monitor.

Nash eventually finds the location that he believes the Monitor is hiding in. When he opens it, however, he releases the Anti-Monitor (LaMonica Garrett), who transforms Nash into Pariah and, well, Crisis begins. 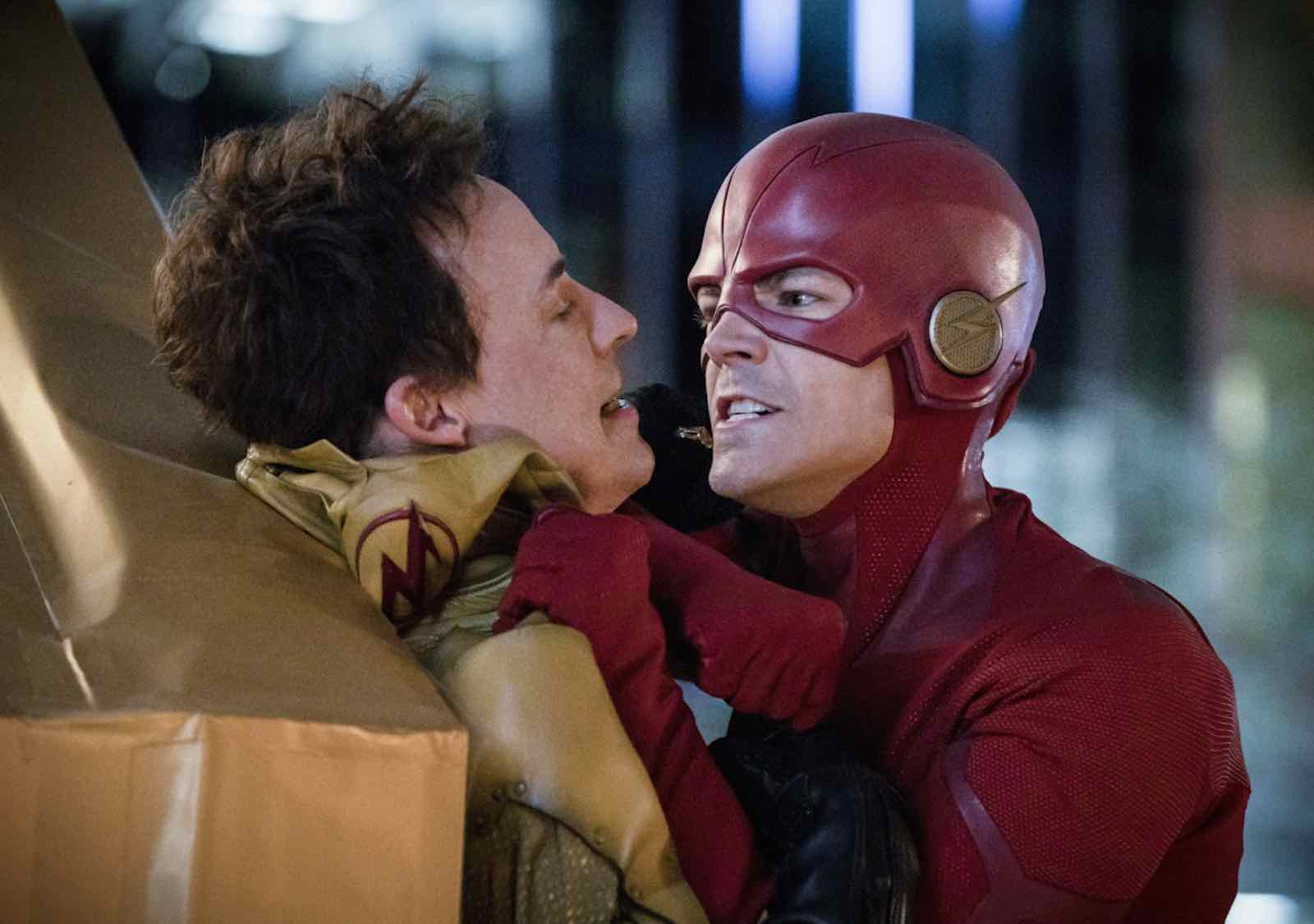 We’re going to keep this short and sweet and to the point, okay? Just things that will affect The Flash season six going onwards because, otherwise, we’d be here all day.

Barry survives Crisis. Yay! What happens is that the Barry Allen of Earth-90 (John Wesley Shipp), who is from the 1990 Flash series and appears in Elseworlds on the CW, sacrifices his life in order to destroy an anti-matter cannon that the Monitor was planning on using. So, yes, technically a Barry Allen died, which satisfies the universe. No one said it had to be our Barry Allen. 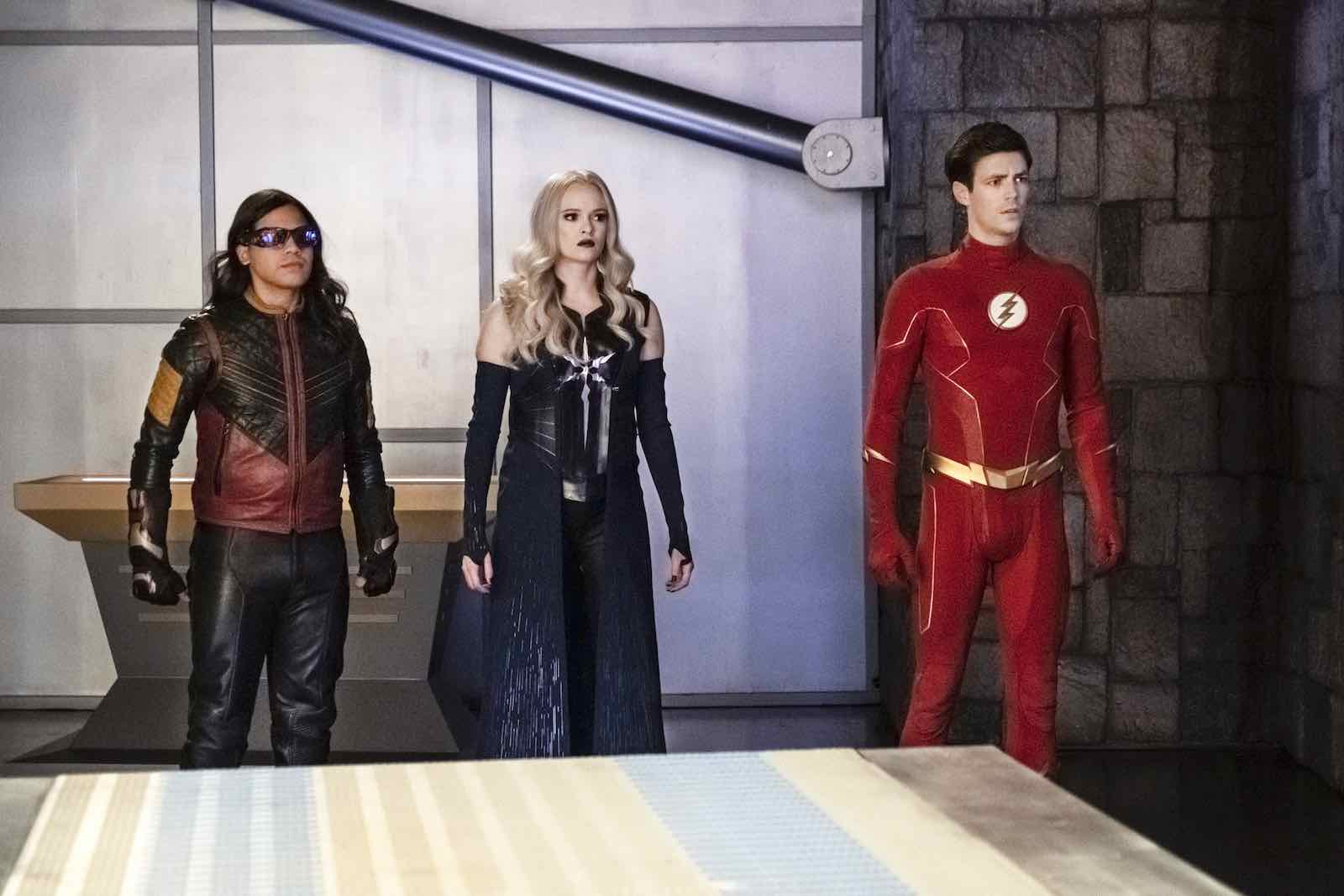 After defeating the Anti-Monitor with the other Paragons (plus Lex Luthor) and Oliver (Stephen Amell) as the Spectre, Barry along with Sara Lance (Caity Lotz) promises the dying Oliver to watch over his daughter and help the other heroes.

In “Part Five”, it is revealed that Earth-1, Earth-38, and Black Lightning’s Earth have combined into Earth-Prime. Barry donates the facility that was used in the Invasion crossover in order to make a meeting place for this group of Earth’s Heroes. They’re not calling themselves the Justice League, but c’mon. It’s totally the Justice League. 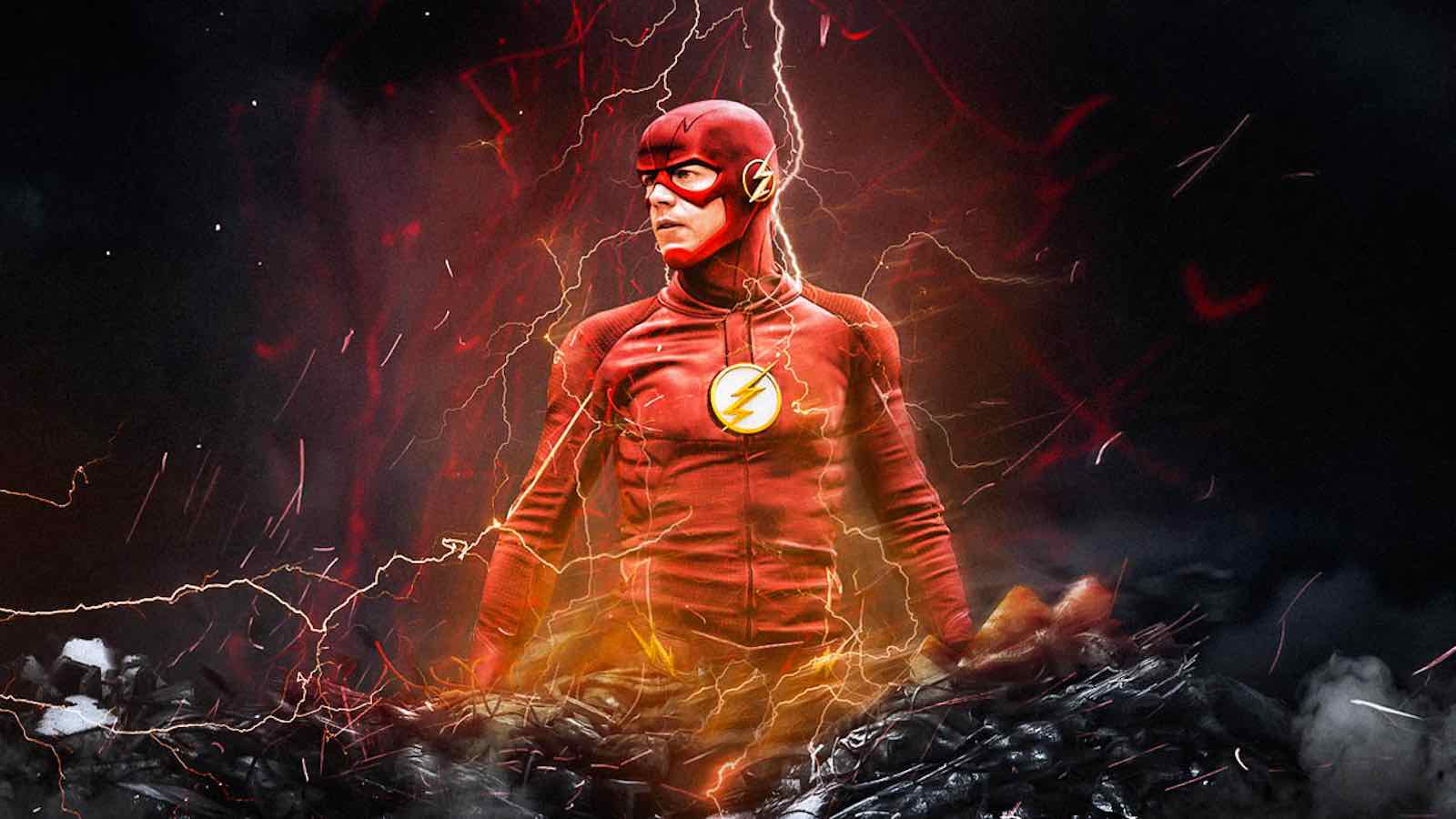 Anything else we should know?

Iris along with photographer/Cisco’s girlfriend Kamilla (Victoria Park) and cub reporter Allegra (Kayla Compton) have stumbled on a weird ring of meta smuggling? Allegra’s cousin Esperanza was declared dead on the night of the particle accelerator exploded, but was taken into custody and turned into an assassin. So there’s something hinky going on there and based off promos for The Flash’s midseason premiere “Marathon”, that will majorly come into play.

Also, Cecile (Danielle Nicolet), a meta empath and Joe’s wife, has quit her job at the District Attorney’s office to become a lawyer specializing in metahuman cases. Ralph, meanwhile, is looking for the mysterious Sue Dearbon (Natalie Dreyfuss), a socialite who has gone missing.