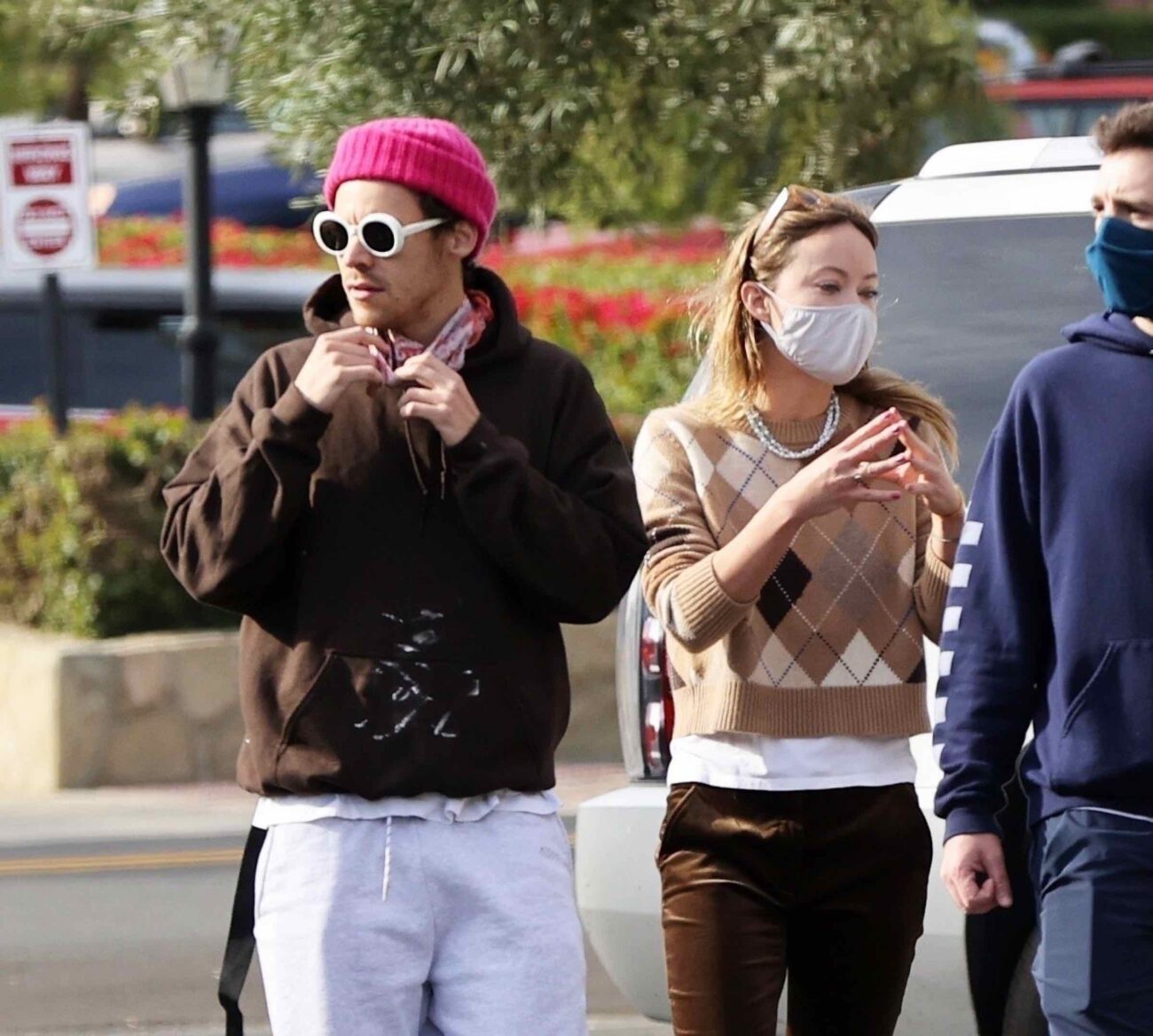 Despite a ten-year age gap between them & the pressures that come with dating in the limelight, musician Harry Styles & actor-director Olivia Wilde appear to still be going strong. This comes as a disappointment to many of Harry’s devoted fans who seem to insinuate that the couple are on the outs with every single paparazzi photo that gets published.

Olivia Wilde & Harry Styles confirmed they were seeing each other in January 2021 when the two were pictured attending a wedding together. The thirty-eight-year-old filmmaker met the twenty-eight-year-old singer while filming Wilde’s upcoming movie Don’t Worry Darling in September 2020. Almost a year & a half later, the two seem to be getting even closer.

A source told People Magazine, “What began as a tight relationship rapidly became passionate.” The source added that “It was obvious from the start.” Like any relationship, Olivia Wilde & Harry Styles have gone through many phases together. Let’s take a look back on the course of their romance to see how far they’ve come. 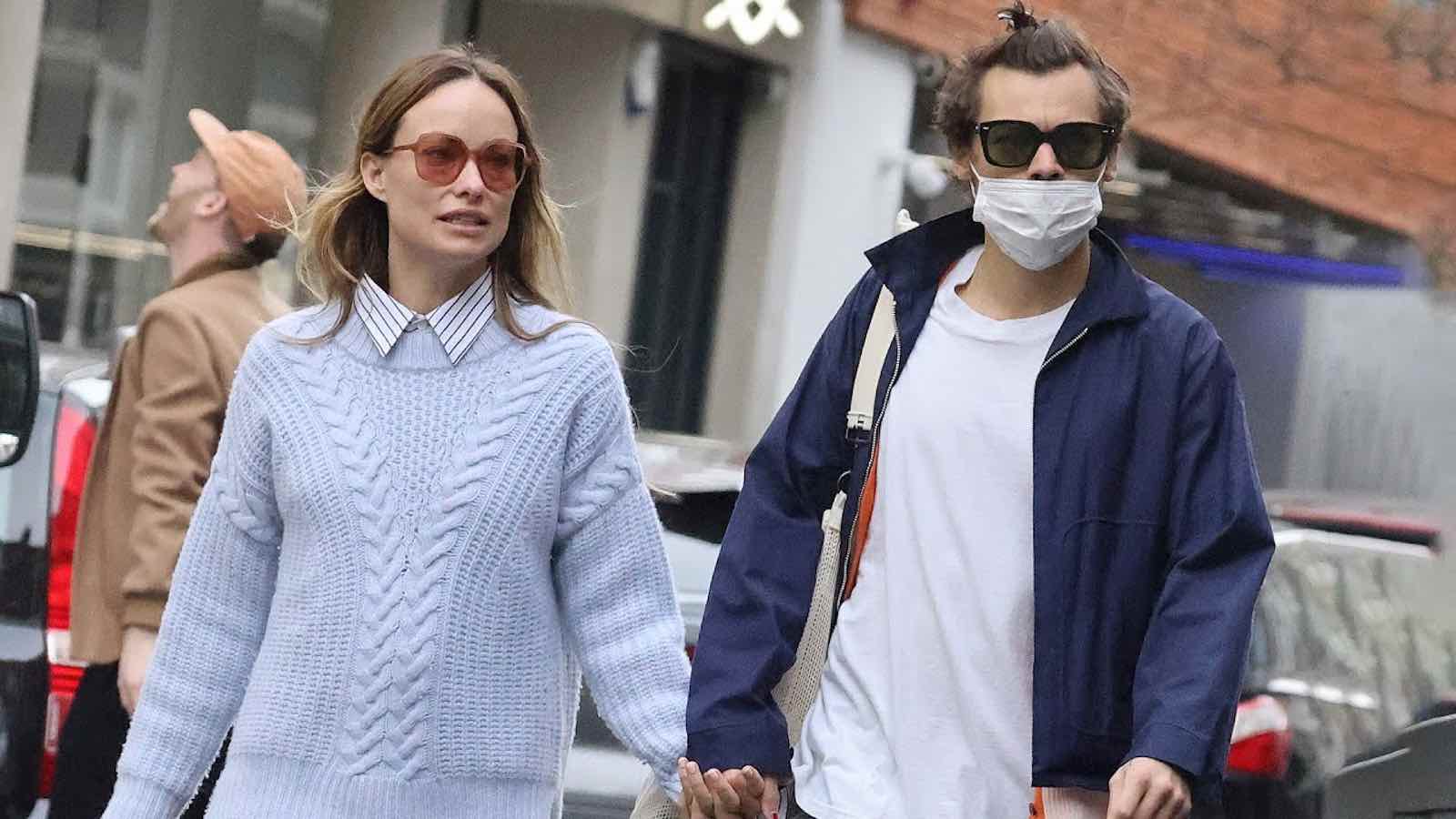 While Olivia Wilde has proven herself as an acting force with performances in films like Her & Tron: Legacy, she’s recently turned her focus to directing. After crafting several well-received short films, Wilde made her directorial debut with 2019’s Booksmart. The film was lauded by critics societies & Wilde won the Independent Spirit Award for Best First Feature.

The momentum from Booksmart gave Olivia Wilde the greenlight to work on bigger projects. Thus, she began work on her second feature, Don’t Worry Darling. The production cast Florence Pugh of Midsommar & Black Widow fame as a 1950s California housewife living with her husband in a utopian desert community.

Wilde originally cast Shia LaBeouf to play Pugh’s husband in the film, yet LaBeouf was allegedly fired for not cooperating with the cast & crew. Due to this, Wilde decided to call an audible & bring in Harry Styles for the role. This act of coincidence led to Wilde & Styles hitting it off, with Harry wanting to spend as much time with Olivia on-set as he could. 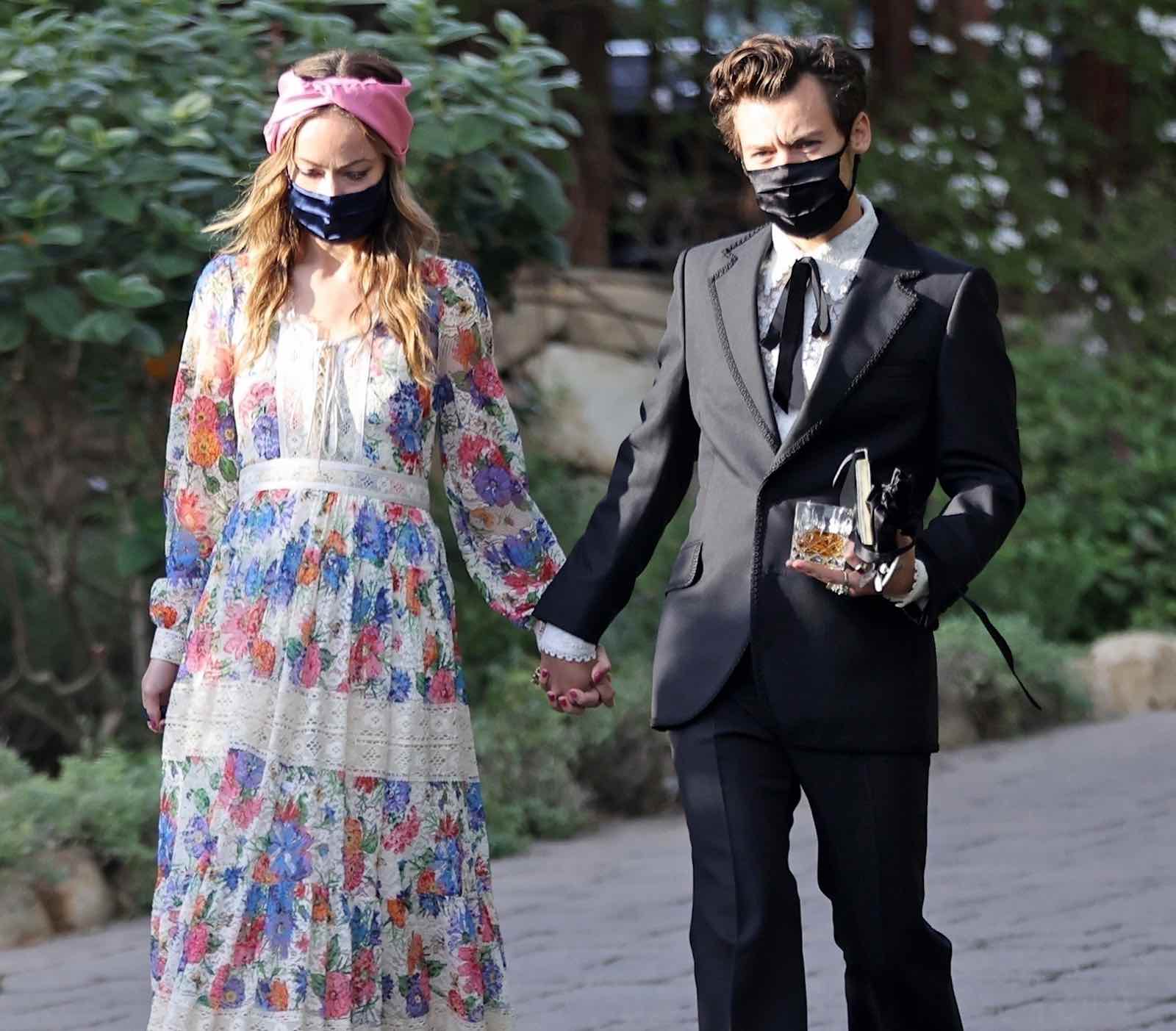 According to the People source, Harry wasn’t, “able to keep away from her trailer throughout his breaks.” In January 2021, Styles & Wilde attended Harry’s manager Jeffrey Azoff’s wedding in California. While there, the public was clued into the fact that they were dating, as they were pictured holding hands & Harry referred to Oliva as his “girlfriend” in a speech. 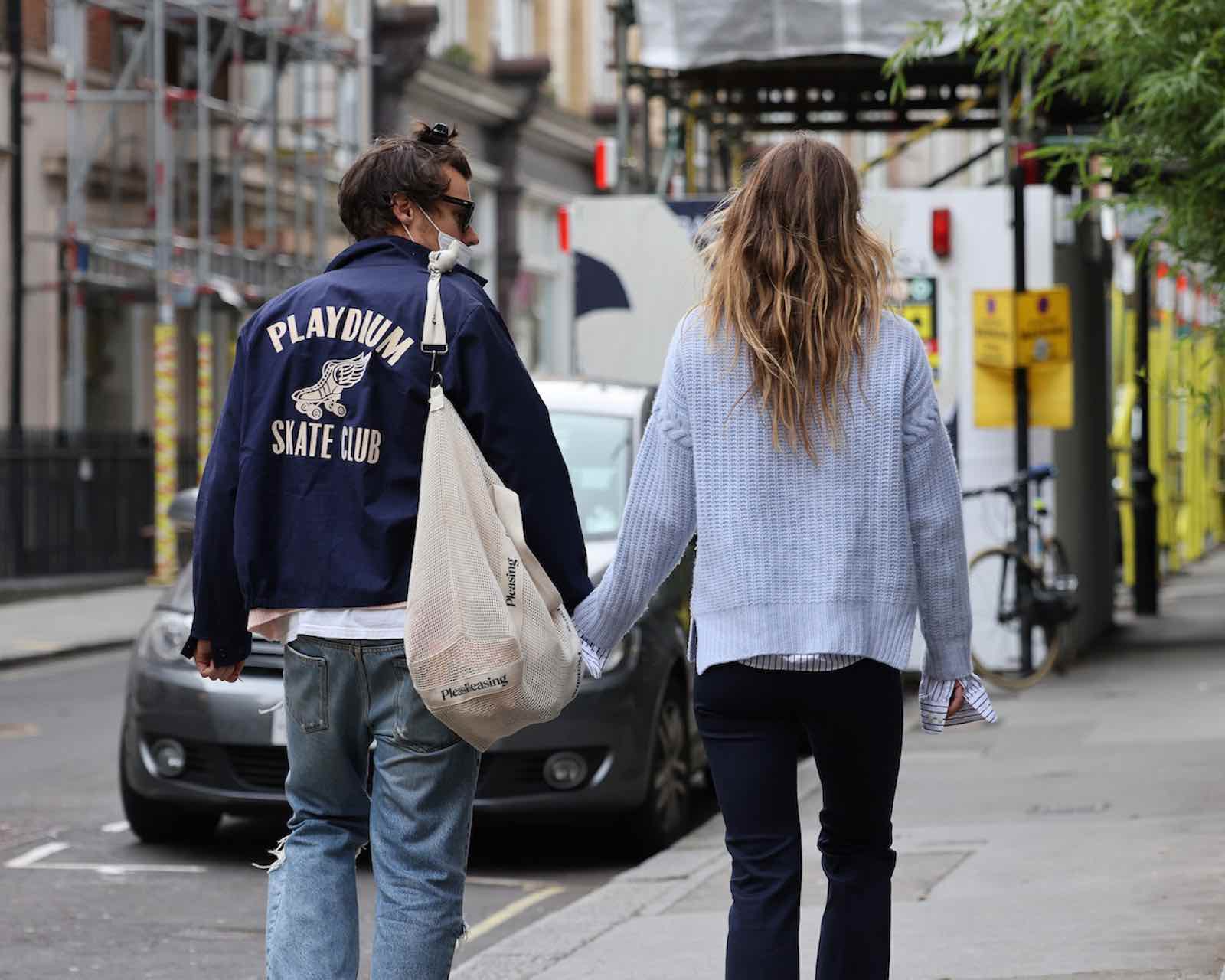 Wilde added that this, “is one of the reasons it’s so difficult to acquire funding for films with female protagonists.” Wilde concluded that Harry, “relished the chance to let the great Florence Pugh take center stage as our ‘Alice’.” Not only does Olivia praise her boyfriend’s acting talents, but she’s been there for him to receive accolades for his music.

Wilde also has no problem with Styles doing on-screen PDA with his co-stars. Not only is Harry starring next to Florence Pugh in Don’t Worry Darling, but he’ll be in My Policeman with Emma Corrin. Olivia Wilde is no stranger to being romantically involved with entertainers, as one of her past relationships has gotten in her way recently. 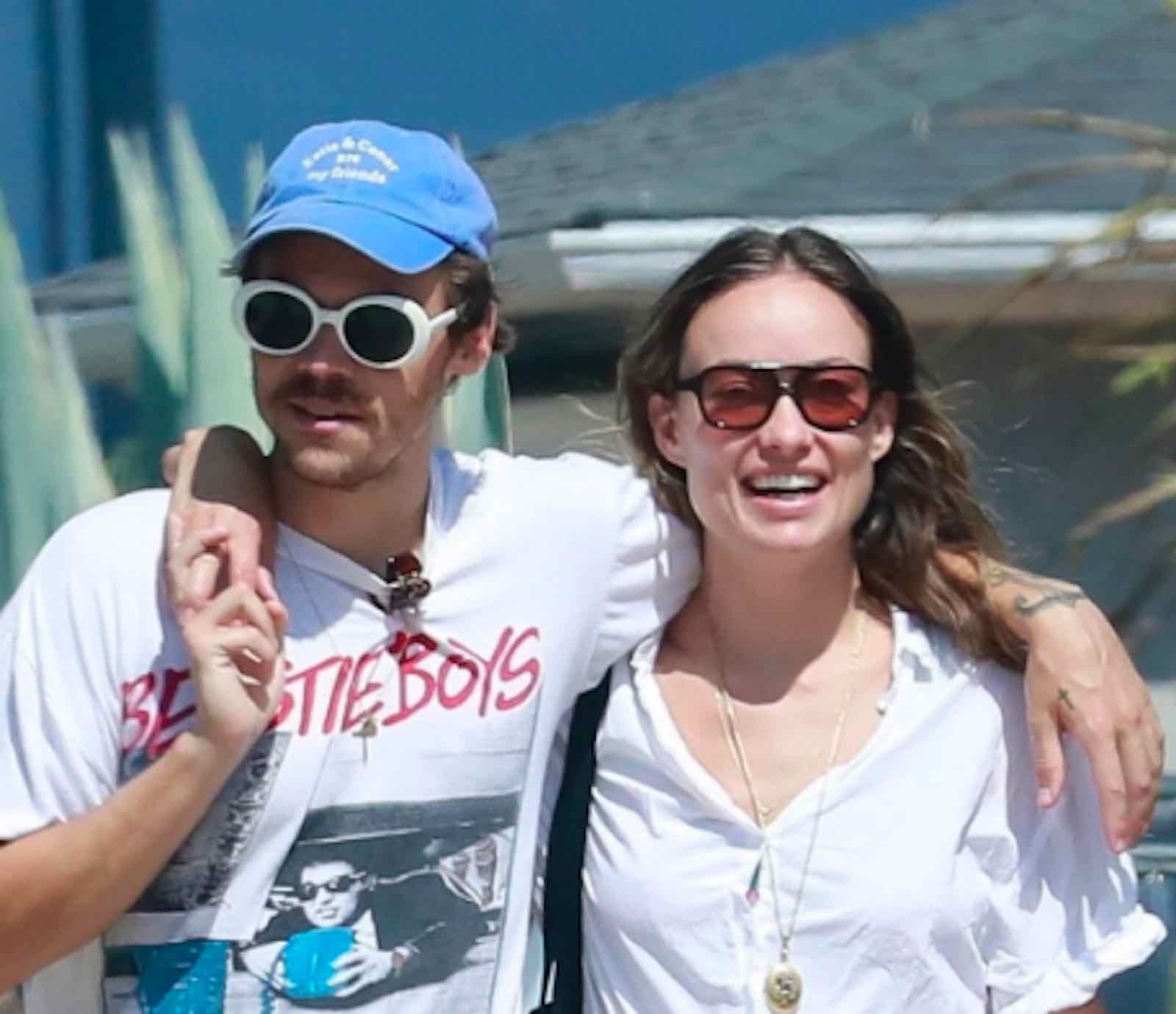 While Wilde was on stage presenting at CinemaCon in Las Vegas on April 26th, she was served with custody papers from her ex & Ted Lasso star Jason Sudeikis. Wilde joked that she thought it might be a script, to which the audience laughed. Despite this public debacle, Harry Styles has stuck with Olivia, with the two spotted in Italy on vacation recently.