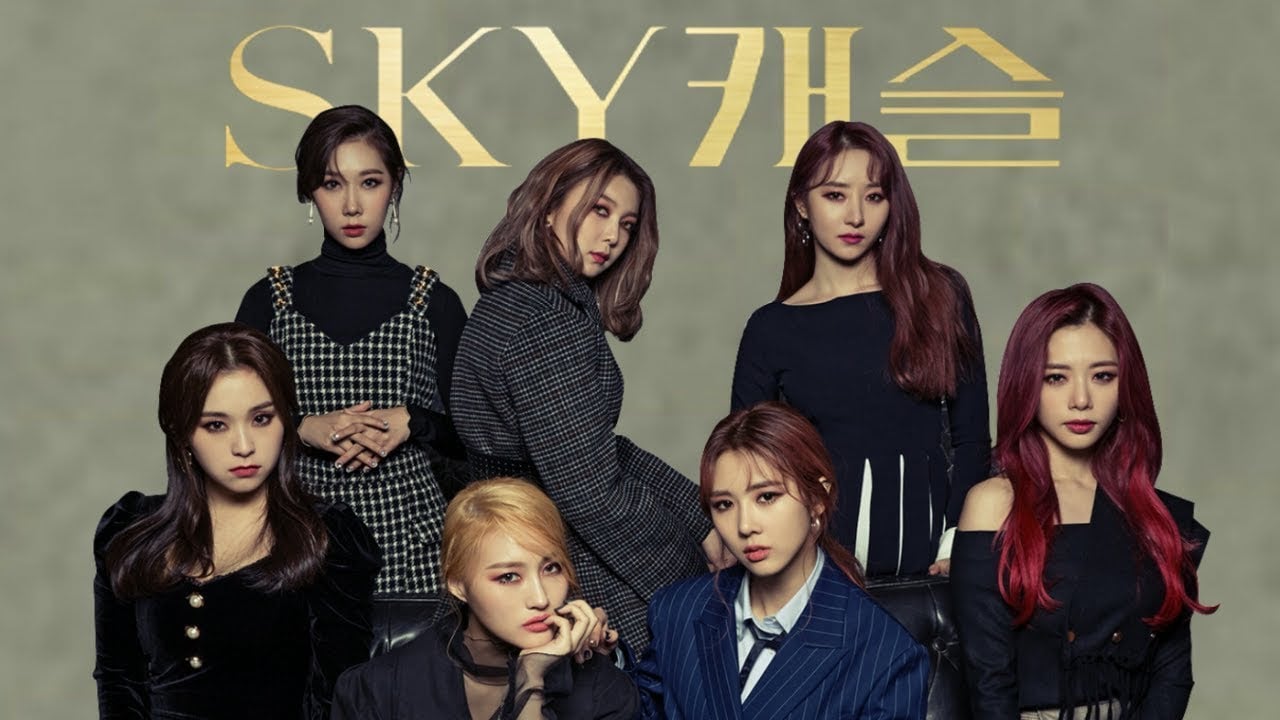 As the second-highest-rated drama in Korean television history, Sky Castle is content we can’t stop talking about. It tells the story of several upper-class Korean families all living together in a luxurious residential area called SKY Castle.

The drama portrays the pressure put on the Korean children in these families to do well at school and become successful. The husbands in turn are expected to grow their success and the wives make it their all-consuming passion to make sure their family is on top.

Sky Castle, as a satire, displays the pitfalls of materialism & societal pressures and takes a few dark jabs at the comedic side of these flaws.

The mothers of SKY Castle would do anything to ensure the success of their husbands and children. They fire up their husbands as breadwinners of the family and dote on their children as princes & princesses (as long as they bring home stellar report cards).

These mothers are well-versed in tactical warfare as they need to outwit & outmaneuver any other mother that gets in their way. They throw lavish parties to celebrate whenever their child has reached massive achievements just to throw it in each other’s faces. And if there’s a method to getting results, whether it’s a special diet or a special tutor, you better believe they’re going to be all over it. 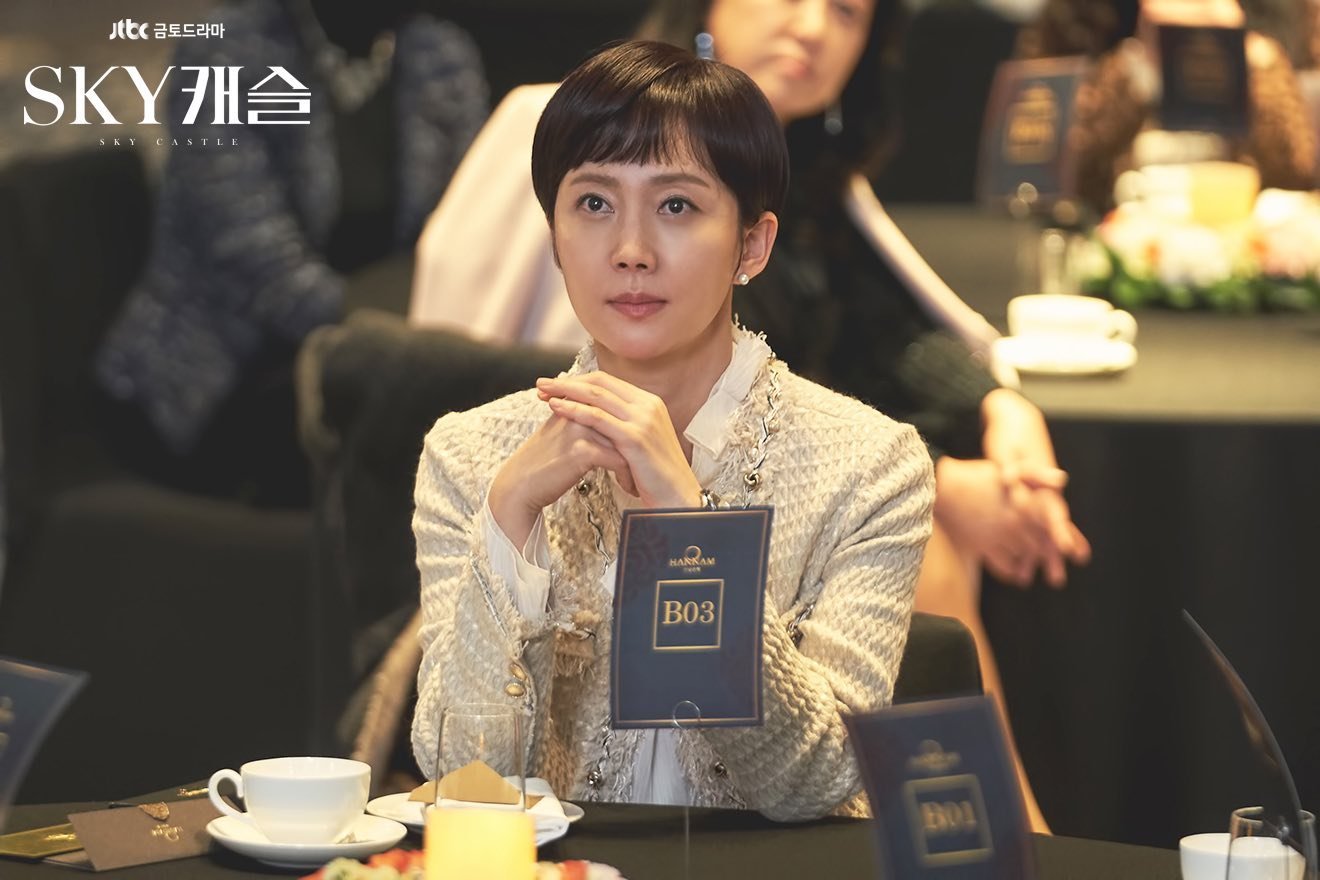 Each woman has her own tactic to keeping her family ahead whether it’s Yum Jun-Ah (Hand-Seo Jin) who uses twisted manipulation to keep her kids as top choice for the most prestigious universities, or No Seung-Hye (Yoon Se-ah) who plays the role of a submissive housewife to throw others off her scent.

Whatever it is, we know that the women rule the roost in SKY Castle and it would not be wise to get in their way. 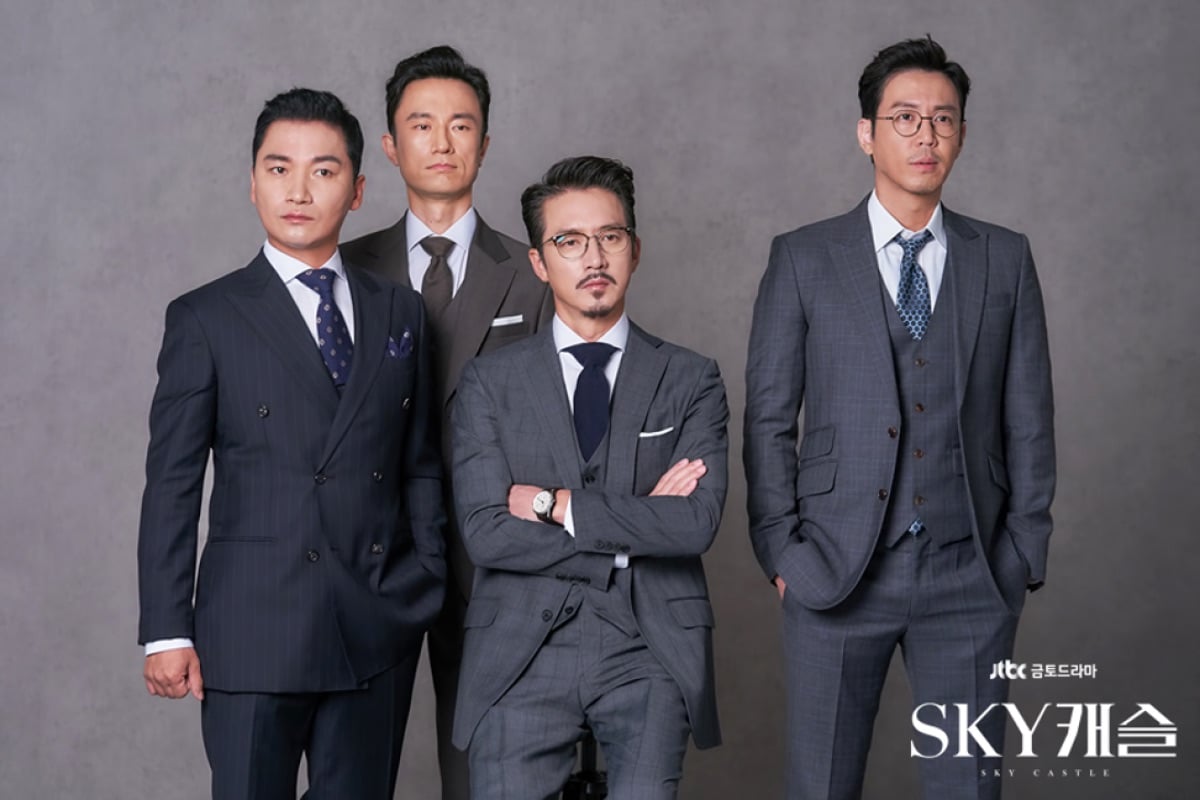 The fathers of SKY Castle are big shots, three out of four of them working in the medical field. They’re loud, pompous, and sometimes aggressive but their bark is usually worse than their bite and we’re more scared of the women.

Seriously, these guys love to storm and rage whenever something doesn’t go their way and it can lead to some hilarious “fighting” scenes. Cha Min Hyuk (Kim Byung Chul) is the loudest of them all and the most crazed when it comes to success, always telling his two sons “You have to aim for the top”.

We must admit that the men’s blustering can lead to some pretty funny scenes, especially when the families are all in a room yelling at each other indiscriminately. The men also have a cutthroat work environment at the hospital that can get out of hand but there are certain scenes where they dance to pop songs that we can’t explain, we just blissfully accept. 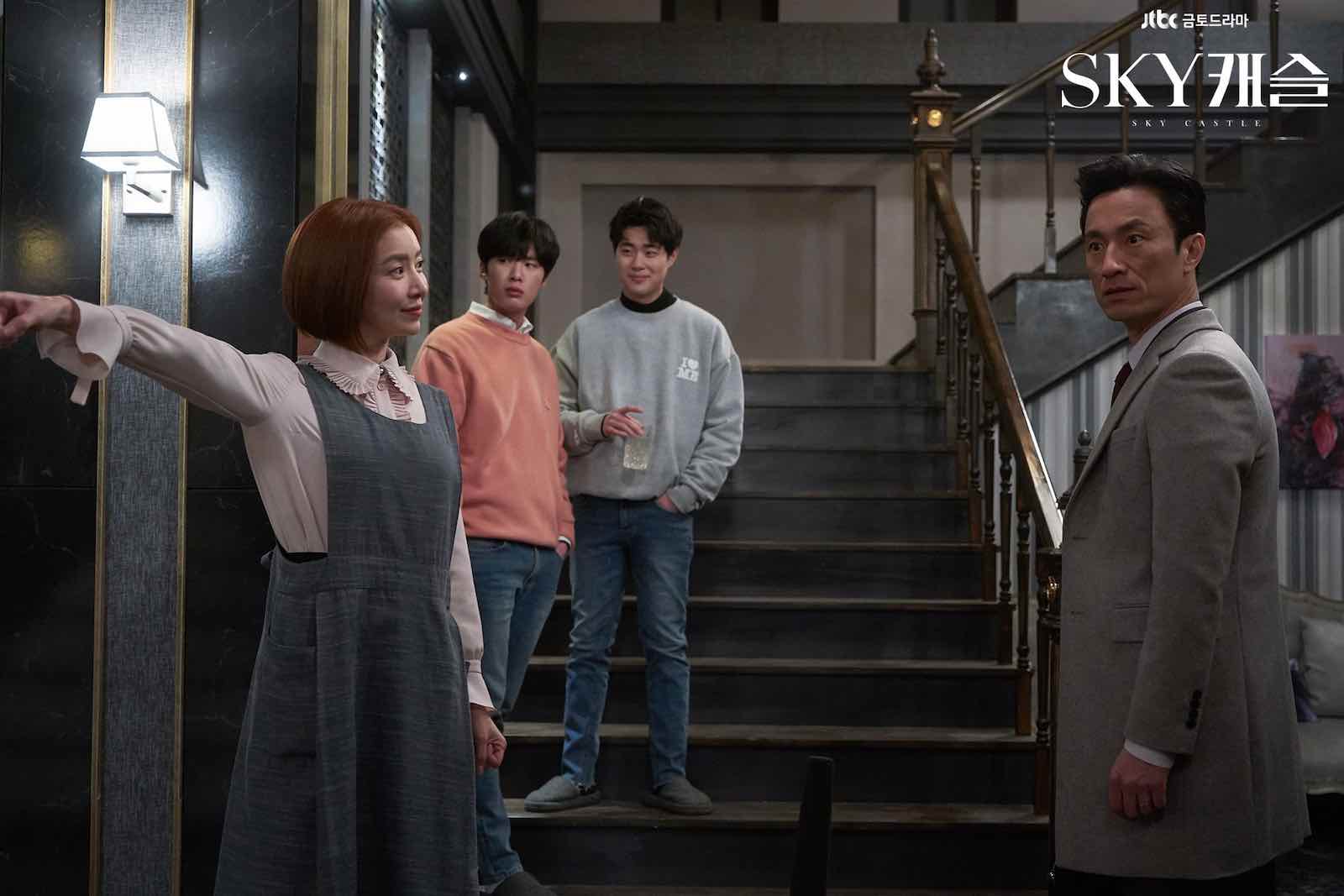 It’s wild how out of hand the families of SKY Castle can get when it comes to success. Even the name SKY is an acronym for the only options a teenager has when it comes to university: Seoul National University, Korea University, and Yonsei University. Any other than the big three and you might as well tattoo “failure” on your forehead.

While Sky Castle addresses the pressure with satire and the overzealous, materialistic fever many characters are caught up in can lead to some truly hilarious moments, the story takes many dark turns.

Sky Castle cleverly softens some tension with comic relief but doesn’t let us forget the ridiculous demands these families have themselves & each other and the nasty results of their quest for perfection.

If you’re obsessed with k-dramas sign up for our newsletter. We promise to only send you the most relevant content to your inbox.