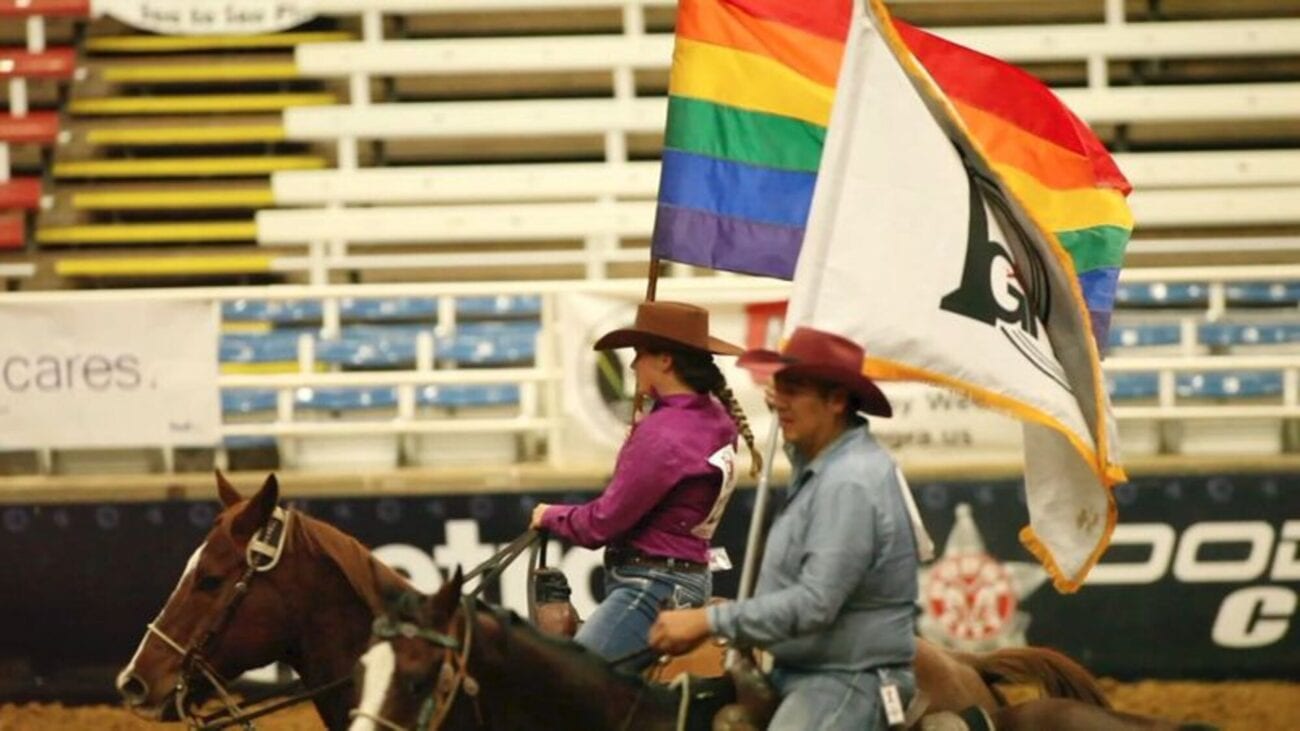 Going to a pride parade is one thing, but experiencing a pride rodeo is something everyone should do at least once in their lifetime. Luke Gilford, a filmmaker & photographer, stumbled upon a stand playing Dolly Parton’s “9 to 5” at a pride event in 2016.

At the stand, Gilford found members of the Golden State Gay Rodeo Association promoting their rodeos. Gilford knew he just had to share pride rodeos with the world. Gilford, having been born to a rodeo champion and subsequent judge in the Professional Rodeo Cowboys Association, was familiar with the cowboy lifestyle, but never knew how exciting the queer rodeo community could be. 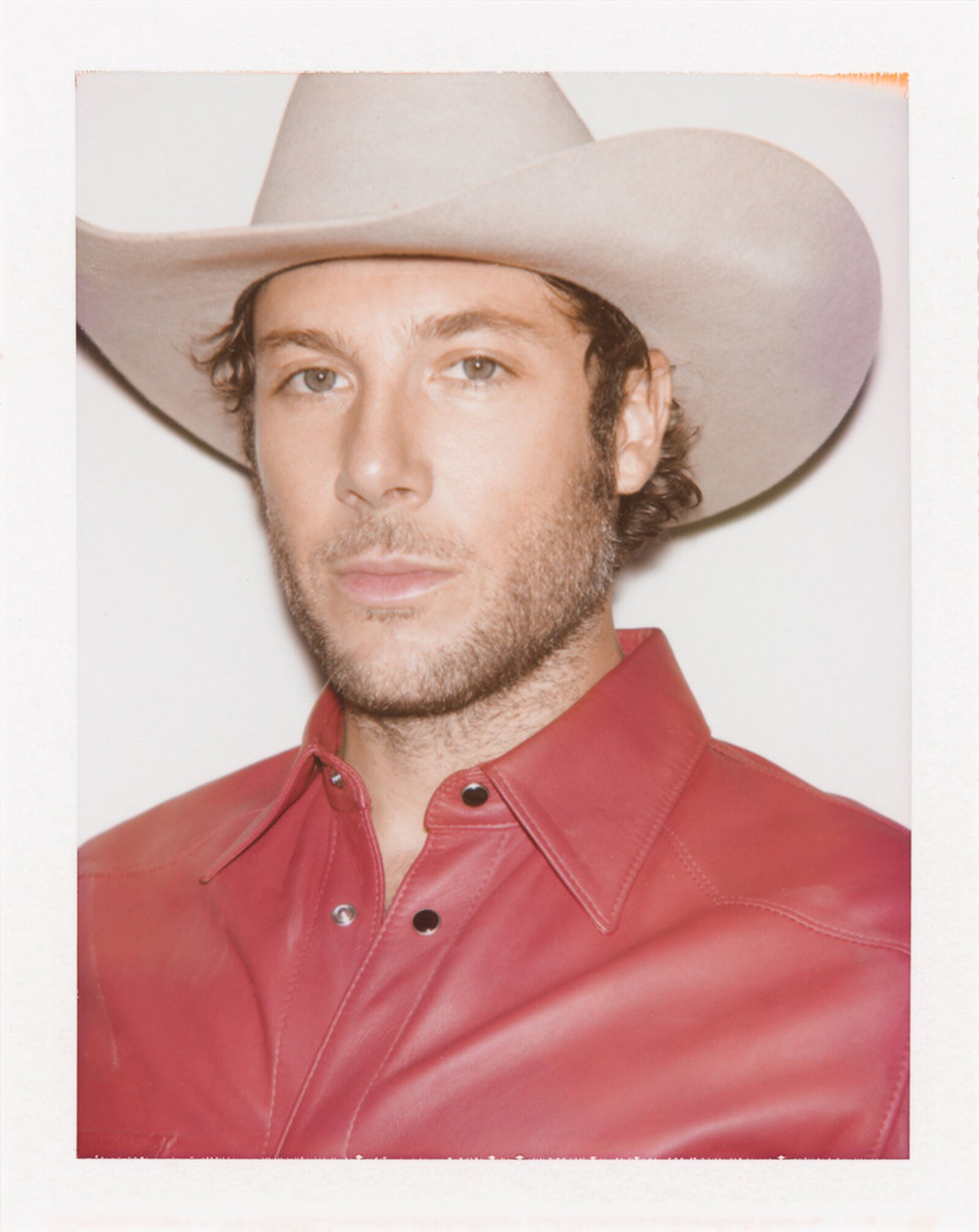 Gilford already knew the ins & outs of snakeskin boots, cowboy hats, and big shiny belt buckles, thanks to his father. It’s just he didn’t fit in too well with what was expected of the riders.

“The mainstream rodeo world is, you know, obviously, very homophobic and conservative. There’s so much machismo. It’s racist,” he said.

Gilford queer rodeo was group willing to embrace both ends of the American spectrum. There the men could be traditional riders just like his father, and it was also a safe space for people in the queer community to be themselves. 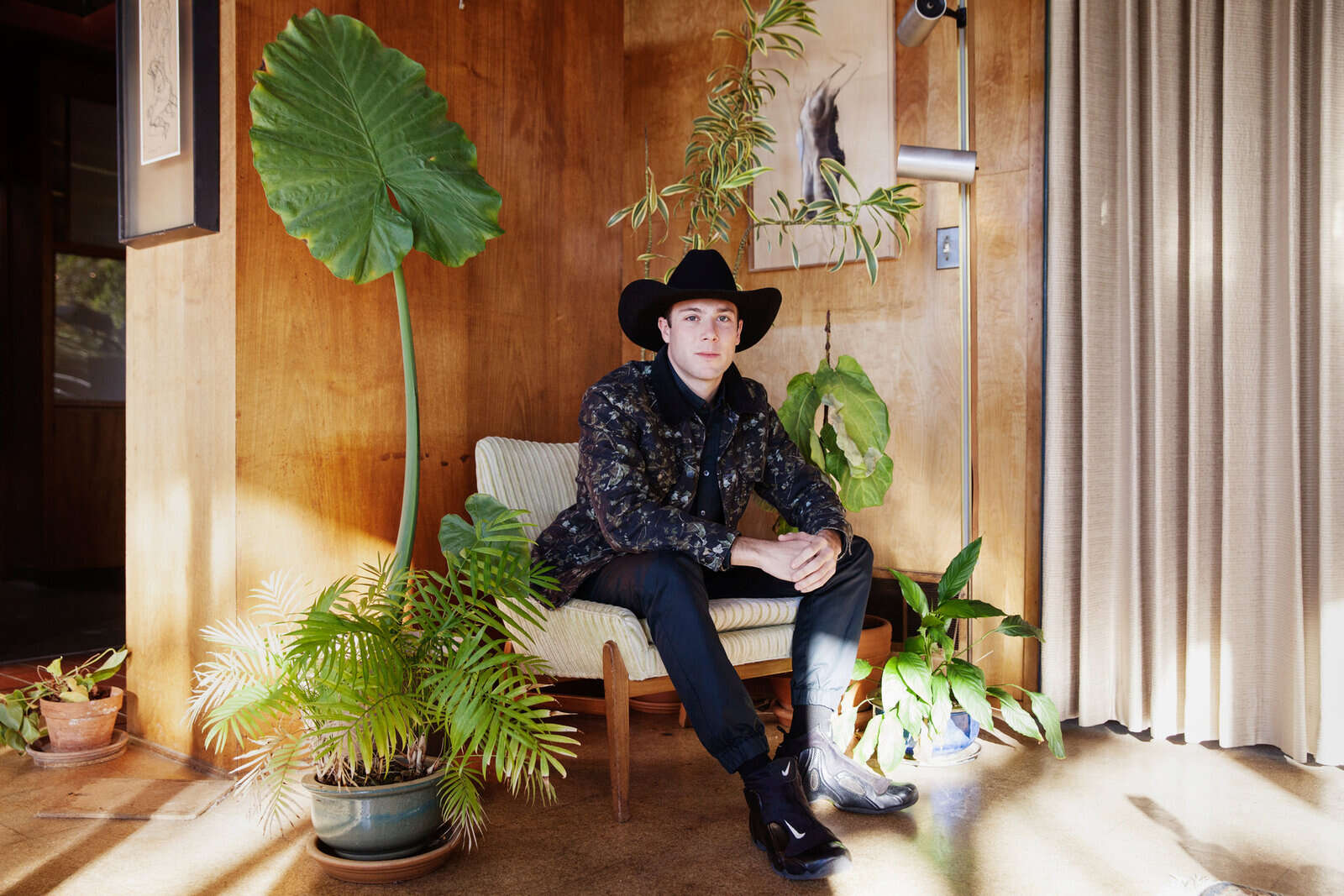 The Imperial Court System took a creative dive when they made the first gay rodeo in the mid-1970s. At this point, the organization was just up-and-coming but as the second-largest LGBT non-profit in the U.S., they were pioneers. More than 100 people took part in the first gay rodeo, along with cows, calves, a pig, and a pony.

The rodeo even had a judging contest to deem a few lucky guests the King & Queen, or Miss Dusty Spurs, the drag queen category.

Since then, the International Gay Rodeo Association has expanded into 15 member groups across the U.S. and even one in the Canadian Rockies. The Californian chapter inspired Gilford so much that he planned to hit the circuit and once he did, he saw part of himself in everyone he met. 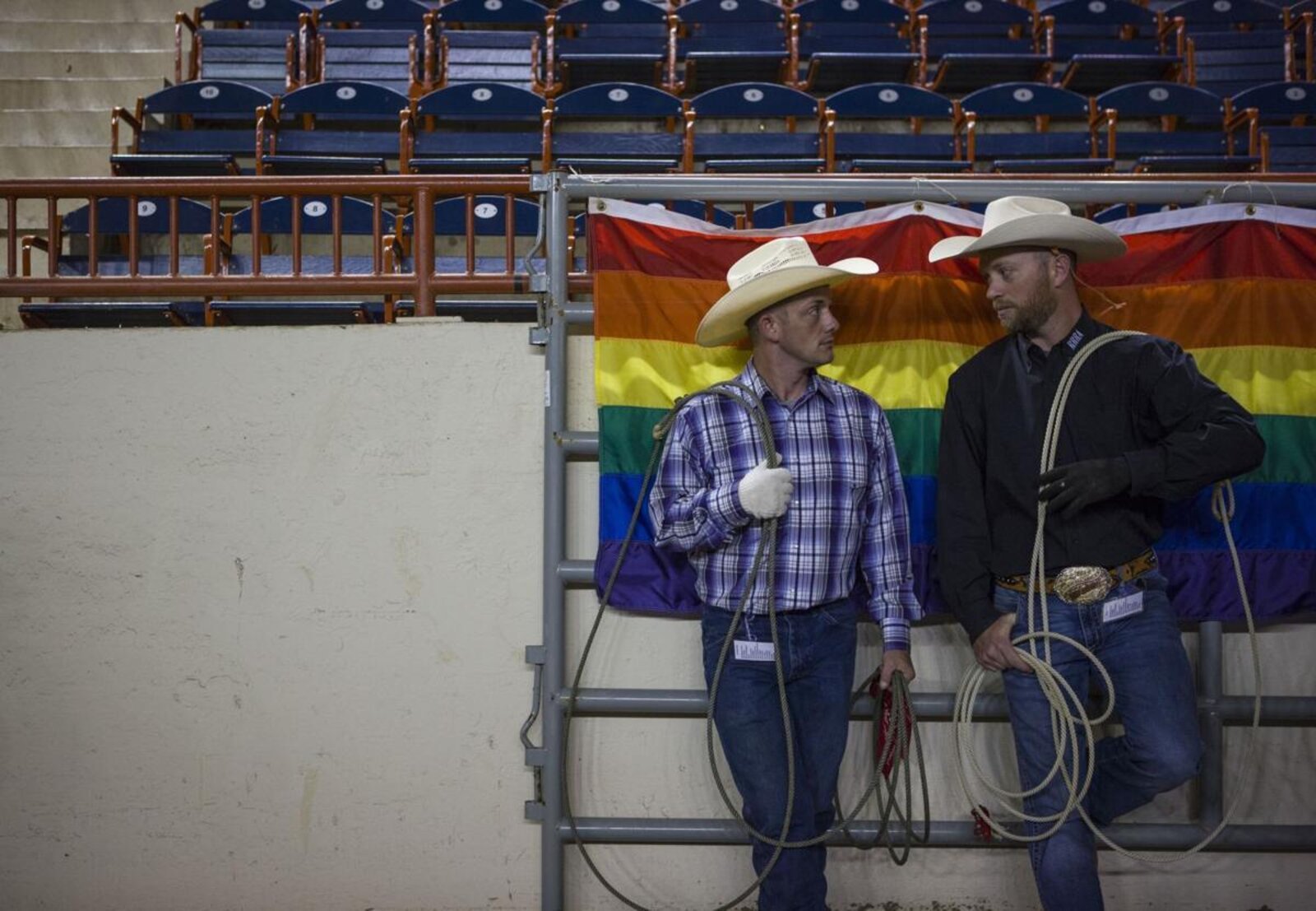 In Gilford’s eyes, the queer rodeo is completely different than what he was raised with. While what he experienced as a child was aggressive & brutish, he was now seeing a side of rodeos that were rural, beautiful, and proud. Those cowboys had pride in the world they made for themselves when everyone else had tried to shun them.

“Gay cowboys have long been fetishised in pornography, as in art, but this was completely authentic. It’s a real community. These are real lovers,” Gilford said.

The men are definitely willing to be more open as there is a lot of exposed skin. One man shot by Gilford didn’t have much more on than green chaps with tassels while another couple was naked on a horse.  While great to look at, these people are also living their best lives, not having to experience negativity from the outside. 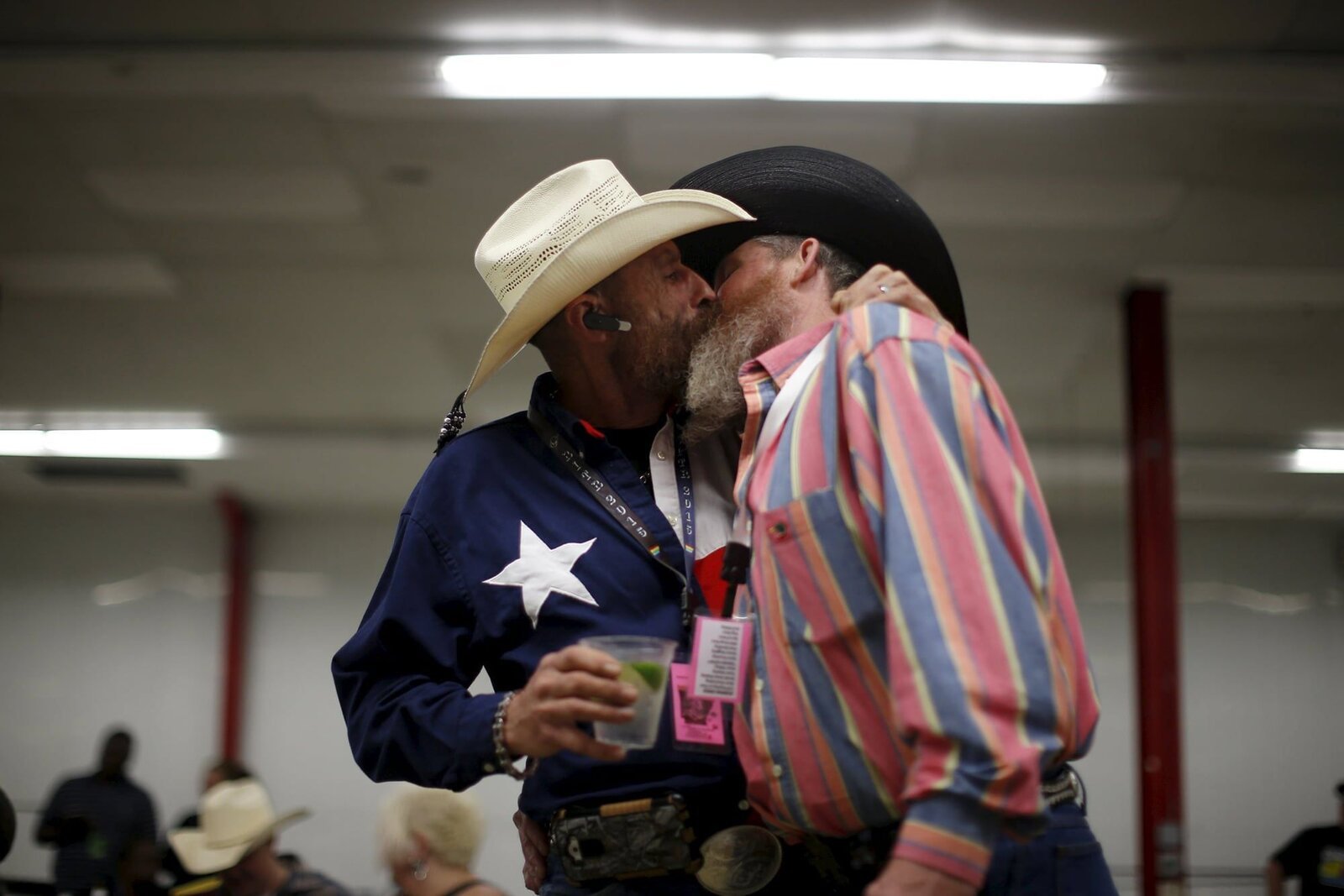 Gilford points out how the queer rodeo world affected him differently, especially since he never really connected with urban queer culture. For him, he quickly saw how the queer rodeo communities cared extensively about the land, animals, and people.

“If you are black or brown or Asian and you do not feel safe in the mainstream rodeo spaces, you’re welcome at the queer rodeo, even if you’re not queer,” he states.

The queer rodeo can be summed up in a few words: love, care, and energy. Just like Gilford described: the people have had to survive whatever was thrown at them, so why not make the queer rodeo a celebration?