What’s the holdup with the election news? All the memes about Nevada

While we won’t know for certain who the next U.S. president is until the Electoral College casts its votes, we can safely assume Joe Biden will take home enough electoral votes. The journey to get here, however, was far from easy. Anyone watching the election news over the past week could tell you that, and it’s all thanks to Nevada.

The world watched on with anxiety in their eyes as several key states took their time counting mail-in ballots to ensure every vote in the state was counted. Nevada, in particular, was a state many were looking towards with bated breath. While it was called prematurely at the time, Arizona was in Biden’s favor, meaning he just needed Nevada to win the election.

Now that the election news cycle can end until 2024, we’re looking back on the crazy election and reliving these Nevada memes. Nevada did in fact take its sweet time counting ballots, giving the rest of the world severe anxiety. Here’s the best memes about the situation. 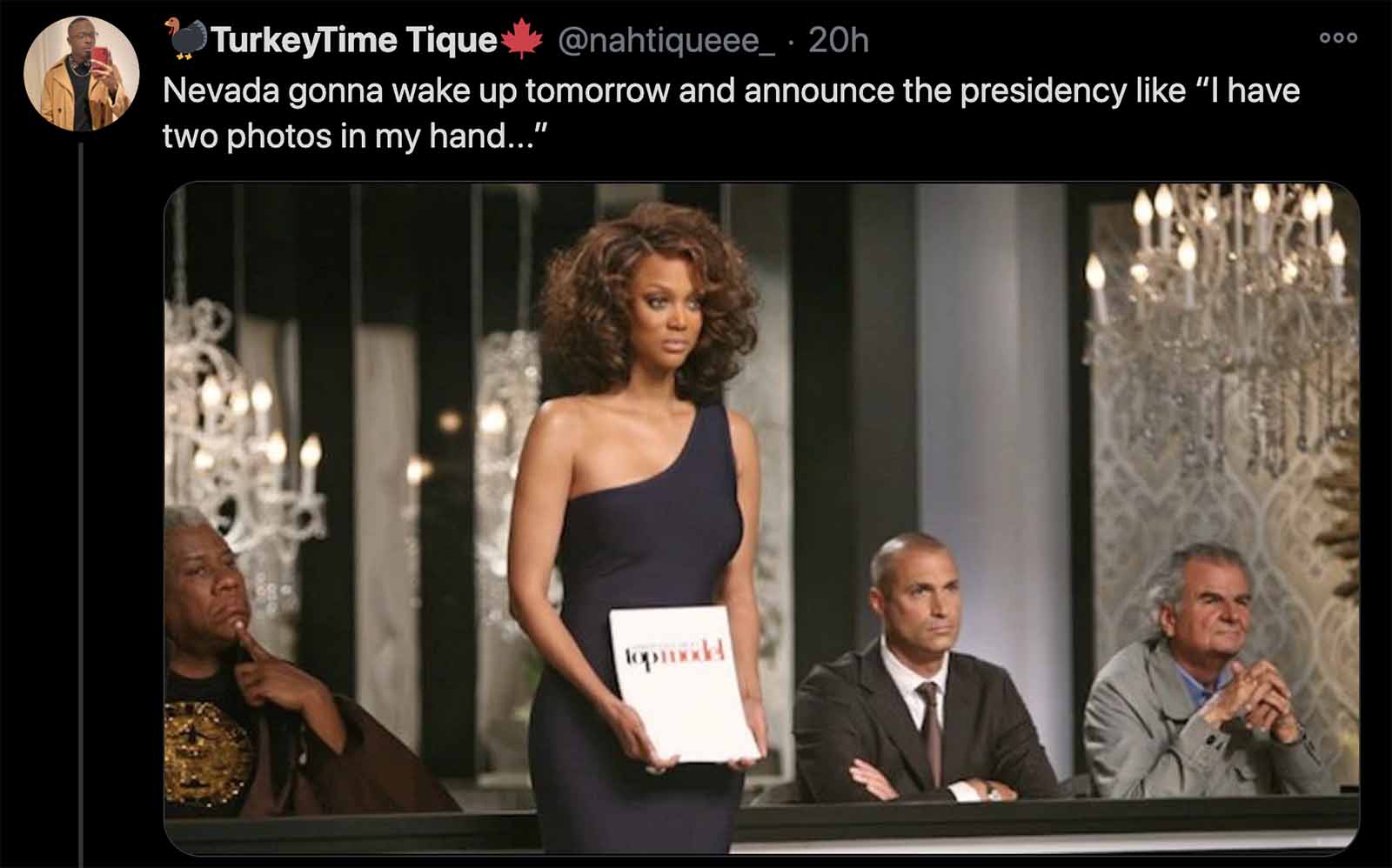 Seriously, this felt like that moment when America’s Next Top Model cuts to commercial right before they announce who’s getting sent home. 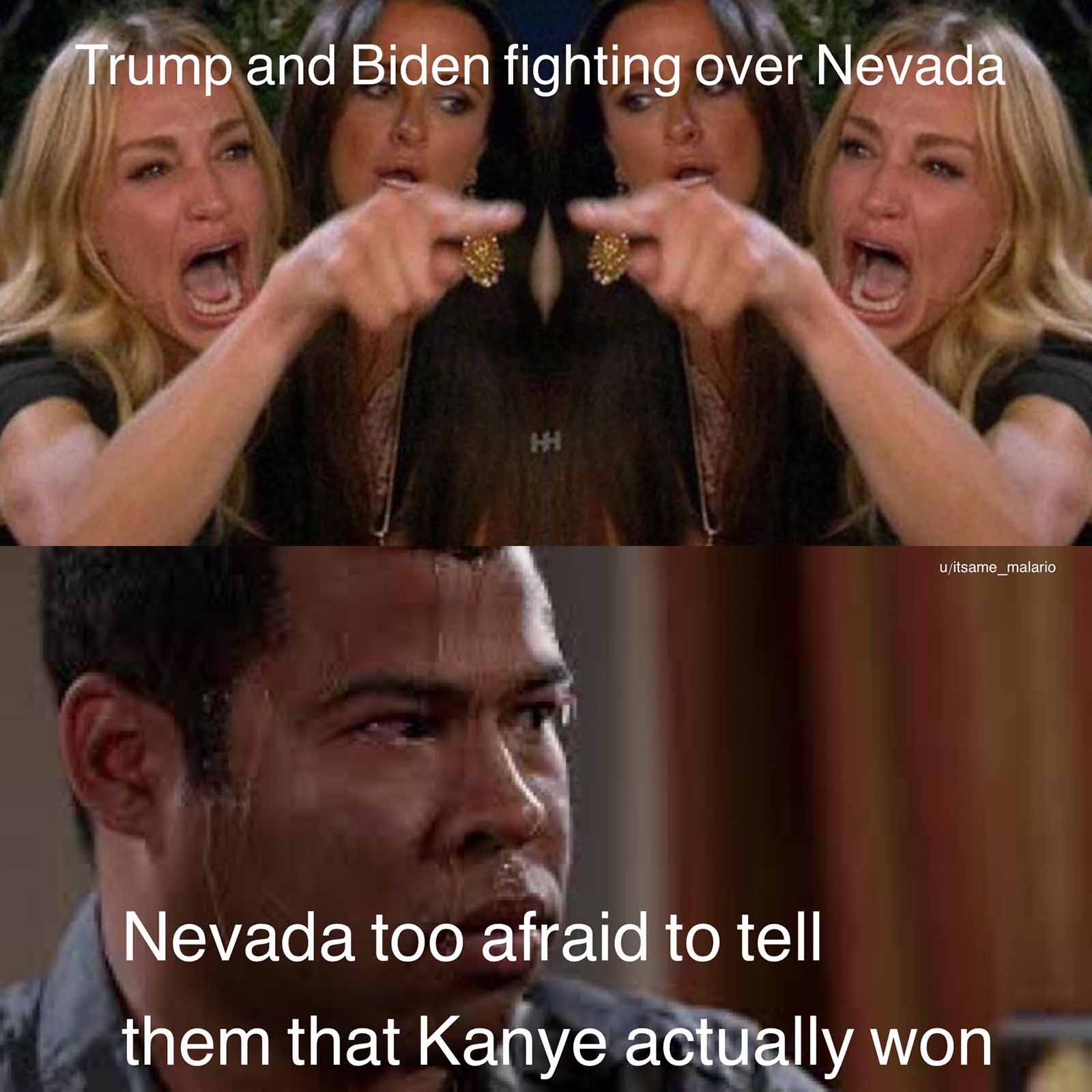 This is 100% our worst nightmare, but we’re thankful that the election news does not involve Kanye as our next president. 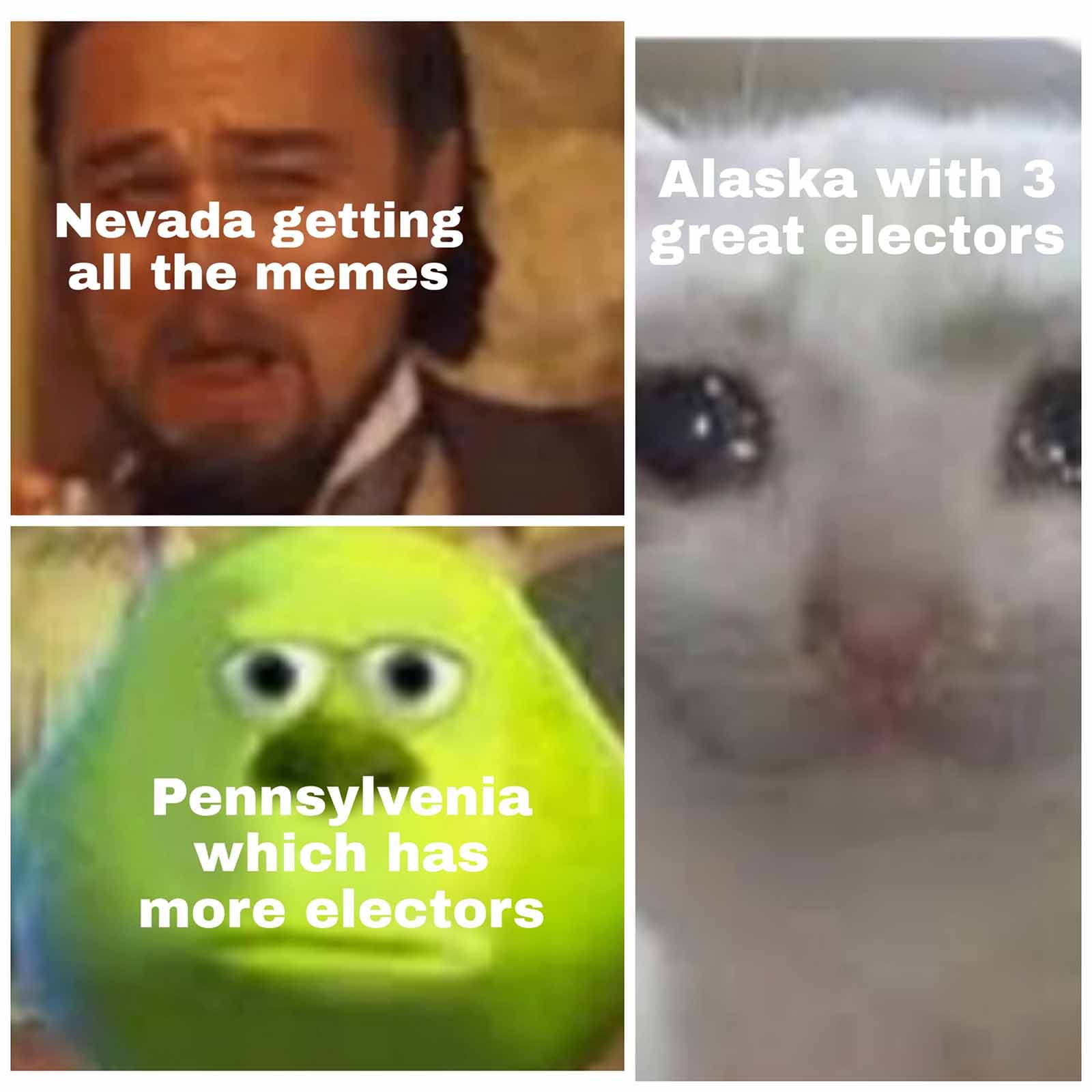 Seriously, why did we care about the state with six electoral votes when PA was sitting right there? Also, Alaska, you’re doing great sweetie, keep counting those votes. 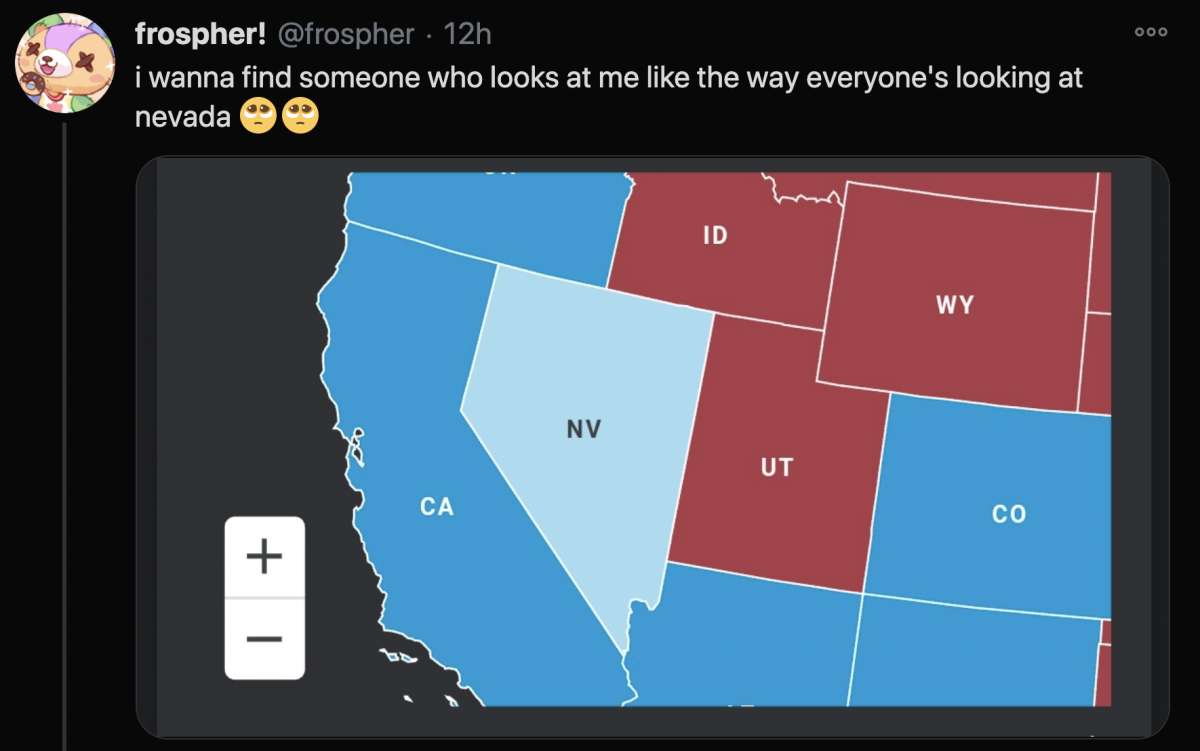 The most we’ve ever cared about Nevada

Sure, we cared about Nevada last year with the storming Area 51 memes, but that was then. 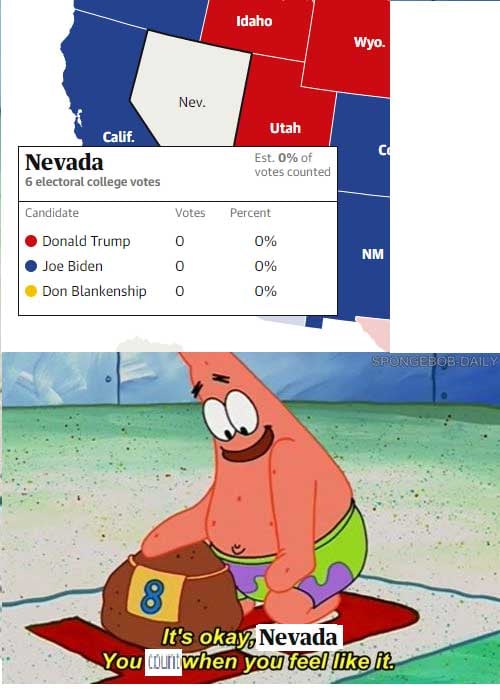 Just do your best

Really, Nevada just needs a support buddy there to help them with the counting. 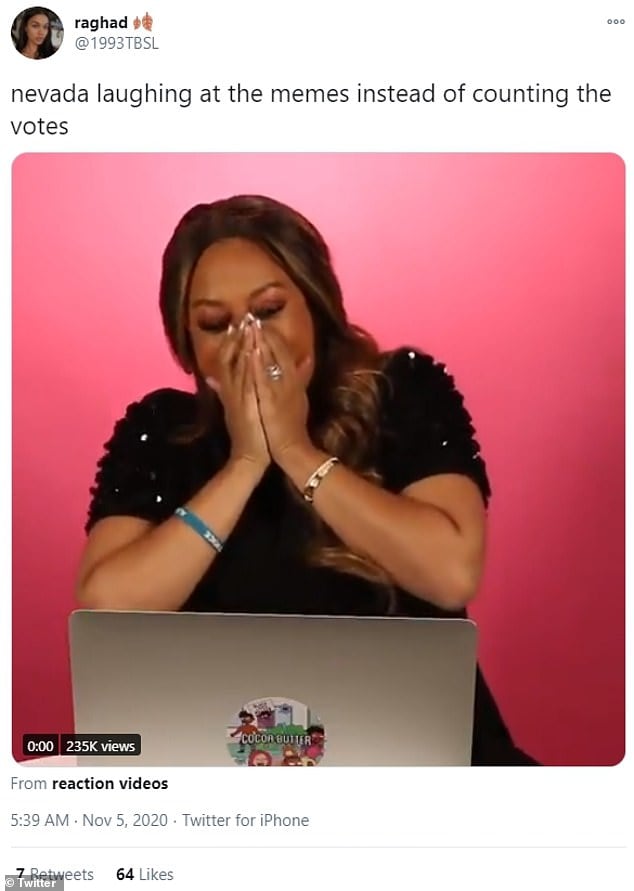 The election news this year really helped get us some strong memes, so we don’t blame them for slacking off and doom-scrolling on Twitter for a laugh. 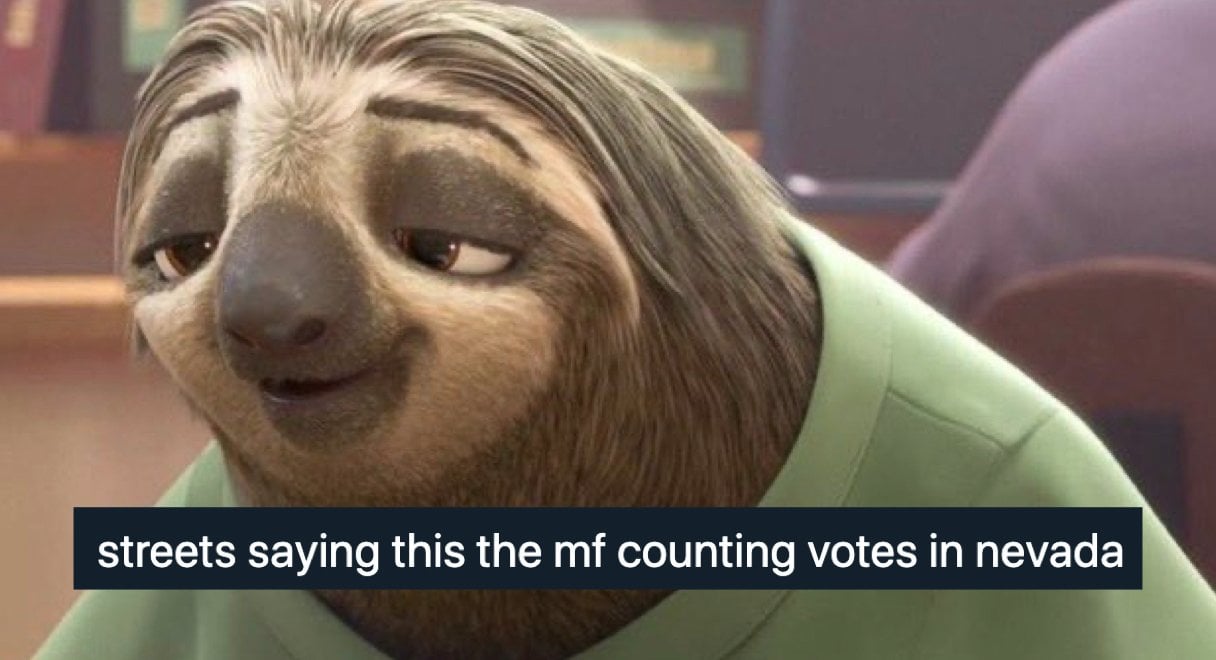 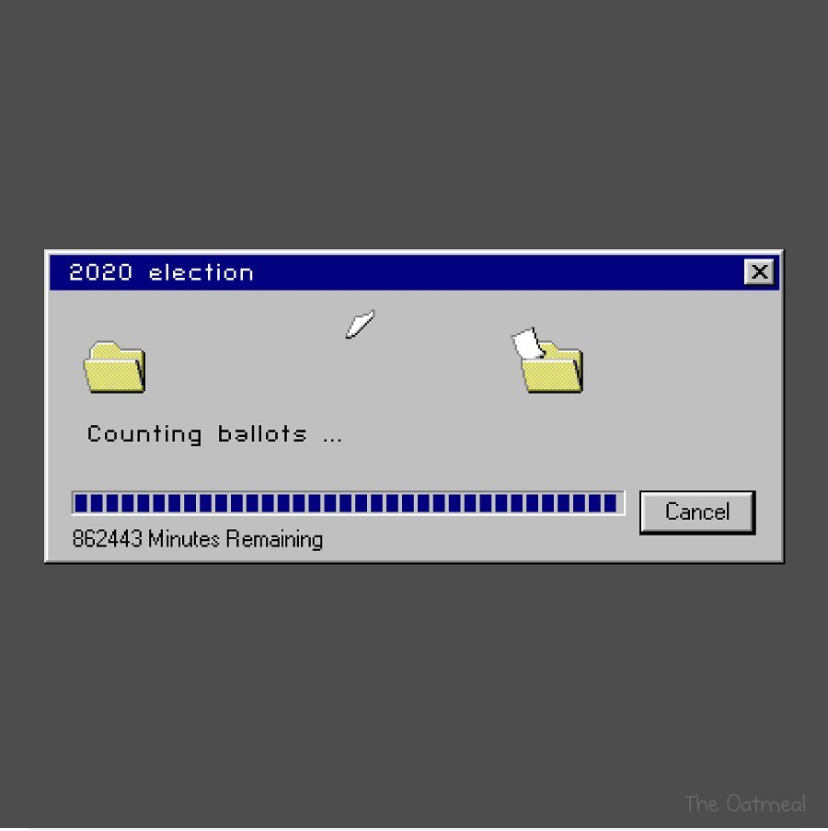 You know the moment: your progress bar says ninety-nine percent, yet the time just keeps going up for how much longer it’ll take to load. 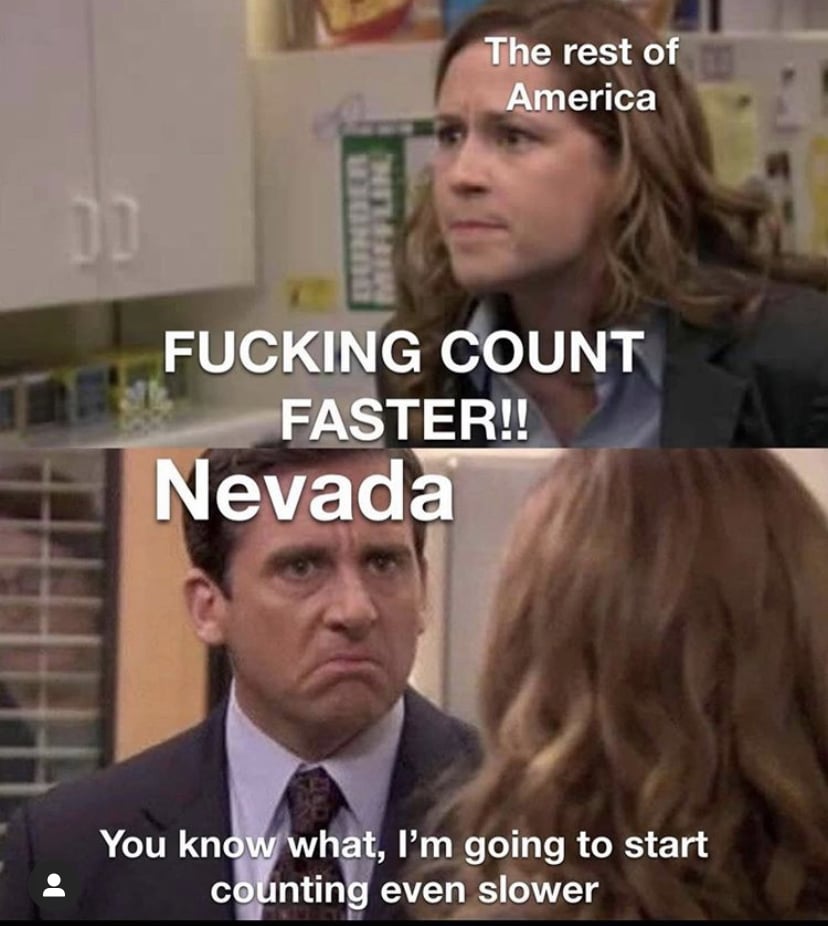 Honestly if we were in Nevada, all the election news focused on us would just make us work slower out of spite. That’s why we’re not poll counters. 🤣 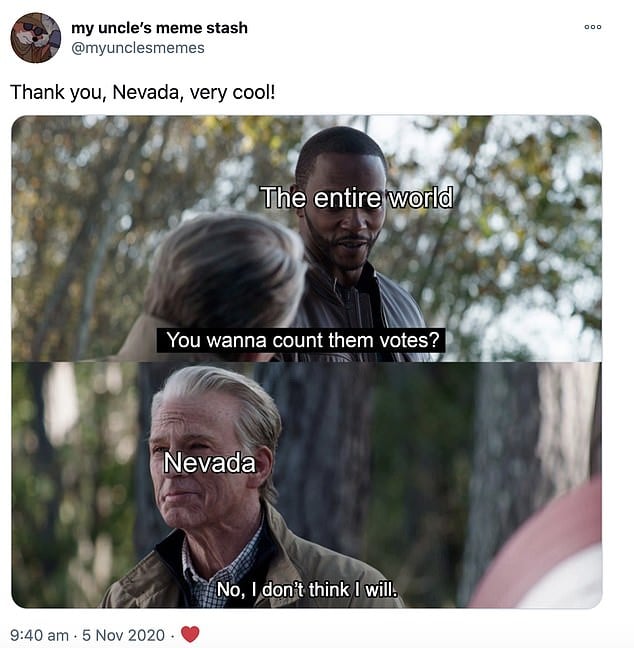 Nevada is home to Vegas, tumbleweeds, and aliens. They’ve always been the eccentric uncle of the U.S., so they’ll take their time if they want to.