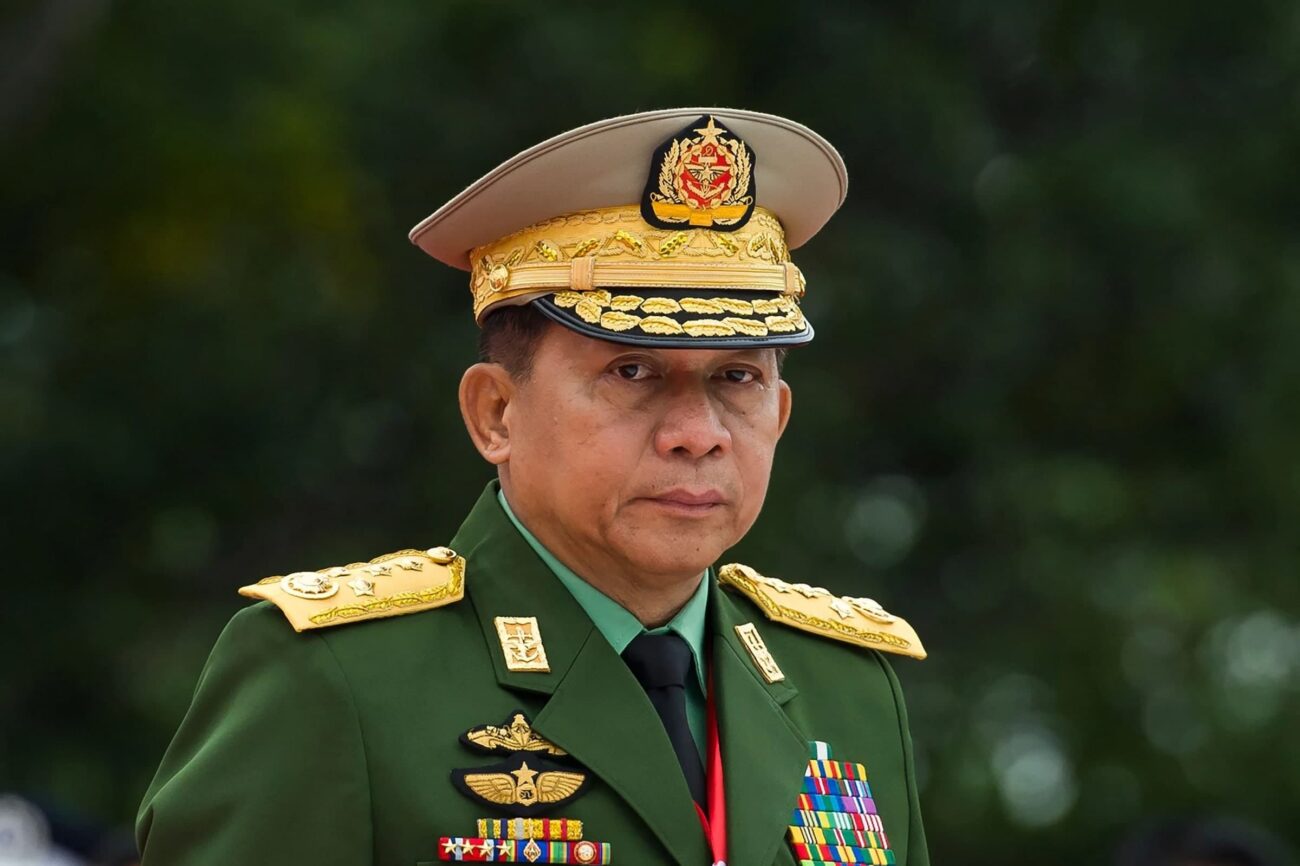 Imagine waking up to find out your internet isn’t working. When you turn your TV on, the only available channel is the one used by the military. When you look out the window, you see soldiers in army fatigues patrolling the streets. Congratulations, you just woke up to a military coup in your country.

Citizens of Myanmar are starting February with a terrifying uncertainty about the future of their country’s fragile democratic process. Earlier today, Myanmar’s military forces detained the country’s civilian leader Aung San Suu Kyi along with other senior government leaders. Power was then handed over to army chief Min Aung Hlaing.

Min Aung Hlaing has been under US sanctions since December 2019 due to accusations of human rights abuses against the Rohingya Muslim community in Myanmar. Of course, Aung San Suu Kyi herself has also been under fire for allowing the alleged genocide of Rohingya Muslims to take place. The political climate has been turbulent in Myanmar for a while now. 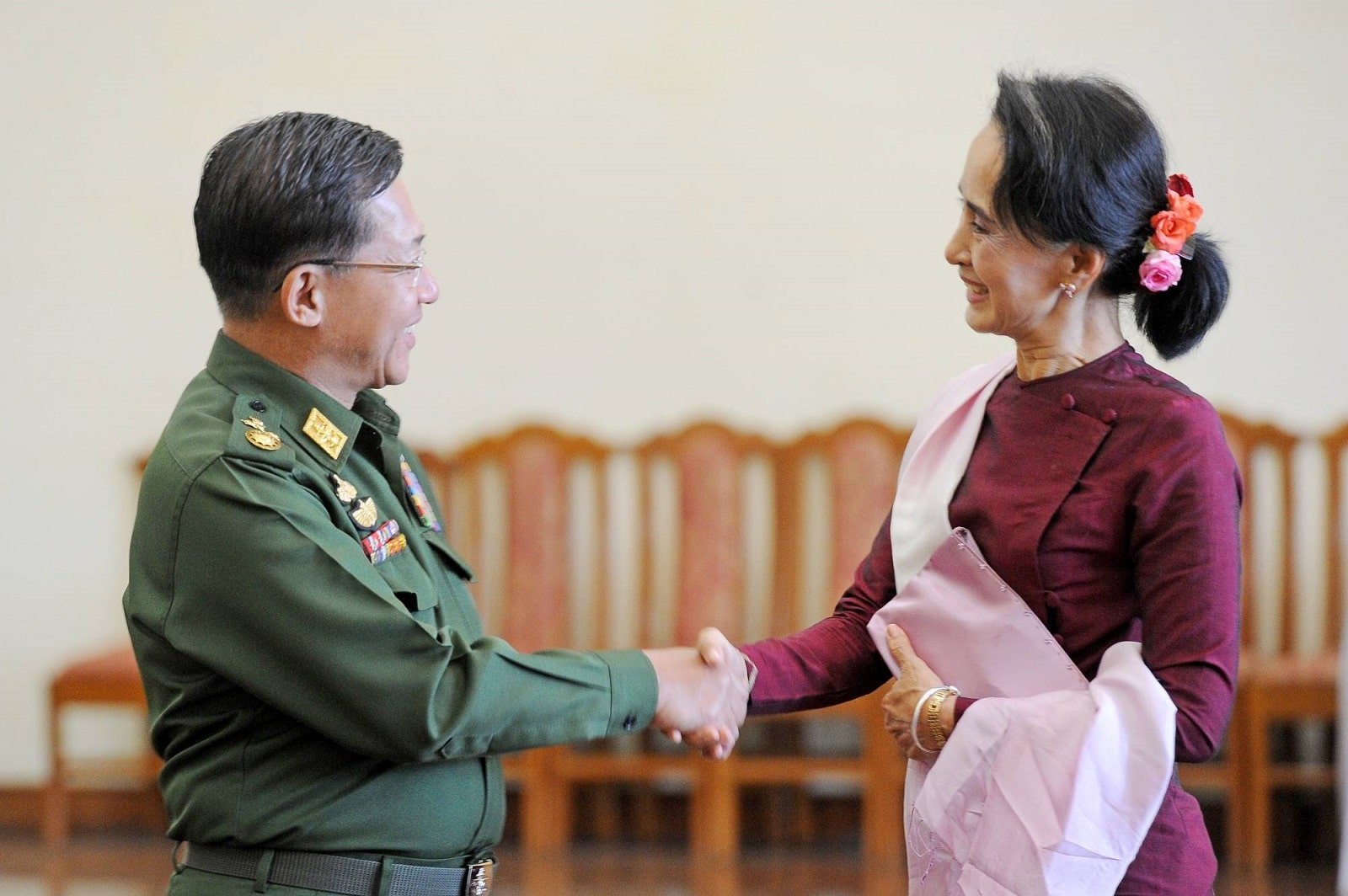 The military coup in Myanmar seeks to undermine a very recent electoral victory. Last November, Aung San Suu Kyi and her National League for Democracy (NLD) pretty much obliterated the opposition at the polls. This proved to be a repeat of the NLD’s landslide win during Myanmar’s 2015 elections.

Aung San Suu Kyi’s triumph proved she’s still popular in her country despite her fall from grace among the international community. While Suu Kyi was bestowed a Nobel Peace Prize once, and was held as a global human rights & democracy icon, the accusations of Rohingya Muslims genocide in Myanmar reflected poorly on her. Suu Kyi denied the charges and claimed it was all just part of an anti-terrorism operation.

Rohingya Muslims aren’t recognized as citizens by Myanmar, despite having lived in the region for generations. The Myanmar government considers them illegal immigrants from neighboring Bangladesh. The accusations of genocide were brought upon by years of alleged abuse and disenfranchisement from Myanmar to the Rohingya Muslim community. 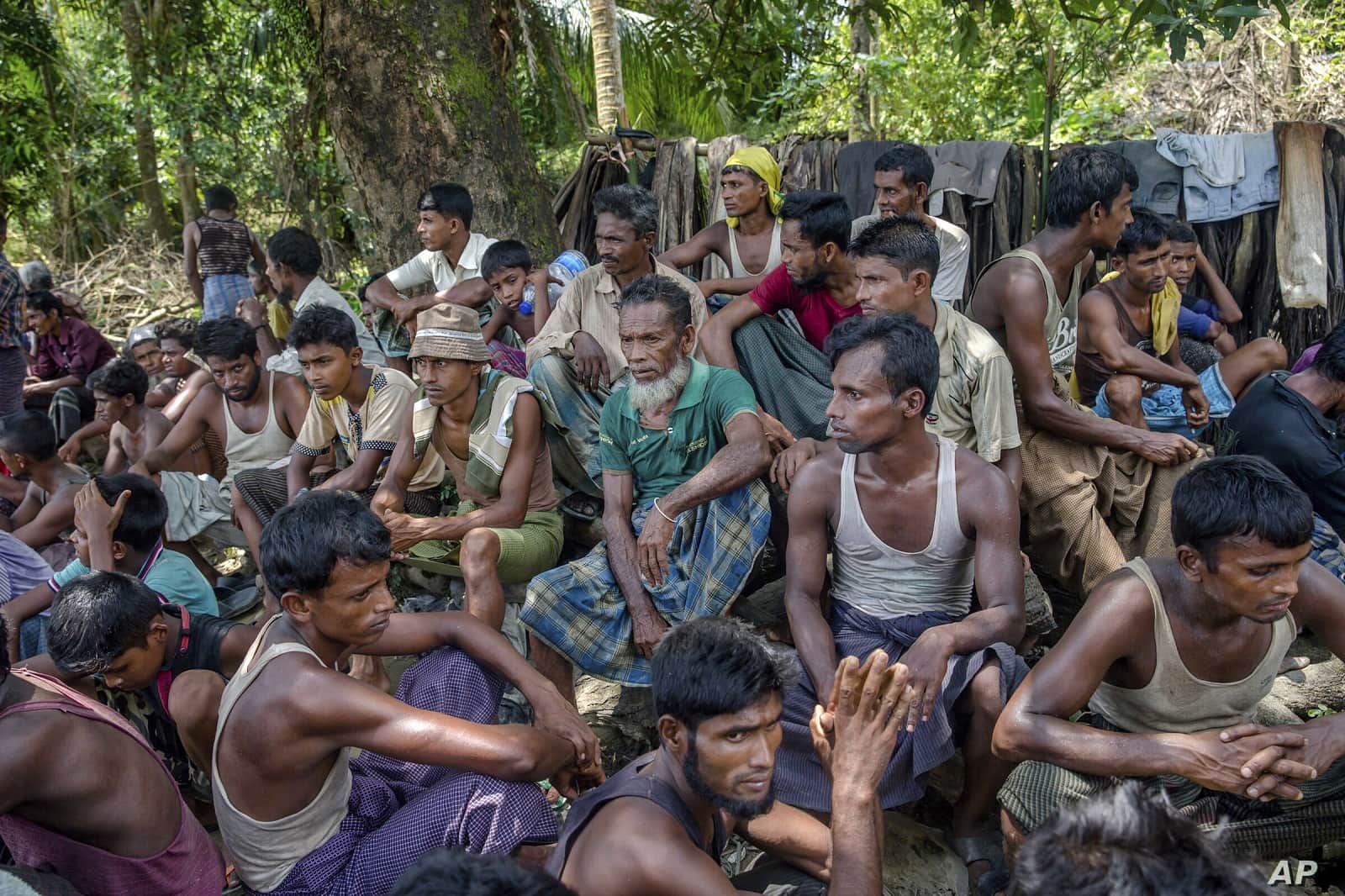 A United Nations fact-finding mission from 2018 & 2019 reported extensively detailed atrocities carried out by the Myanmar military against Rohingya Muslims. The UN concluded that coordinated attacks & sexual violence against the Rohingya were pre-planned by senior military leaders “to weaken the social cohesion of the Rohingya community and contribute to the destruction of the Rohingya as a group.”

The report from the UN contained numerous accounts from Rohingya survivors. Myanmar faced accusations of genocide once these stories were uncovered. Gang-rapes, mutilations, torture, mass killings, families being burned alive in their houses, large destruction of property . . . the nightmarish list went on and on.

Aung San Suu Kyi & the NLD won a re-election despite all the controversy and accusations regarding their handling of the Rohingya Muslims crisis. Now that the military has taken control of Myanmar, the man in charge is one of the key figures in the alleged Rohingya genocide. For the Rohingya community, Min Aung Hlaing’s rise to power could be the equivalent of jumping from a frying pan into the fire. 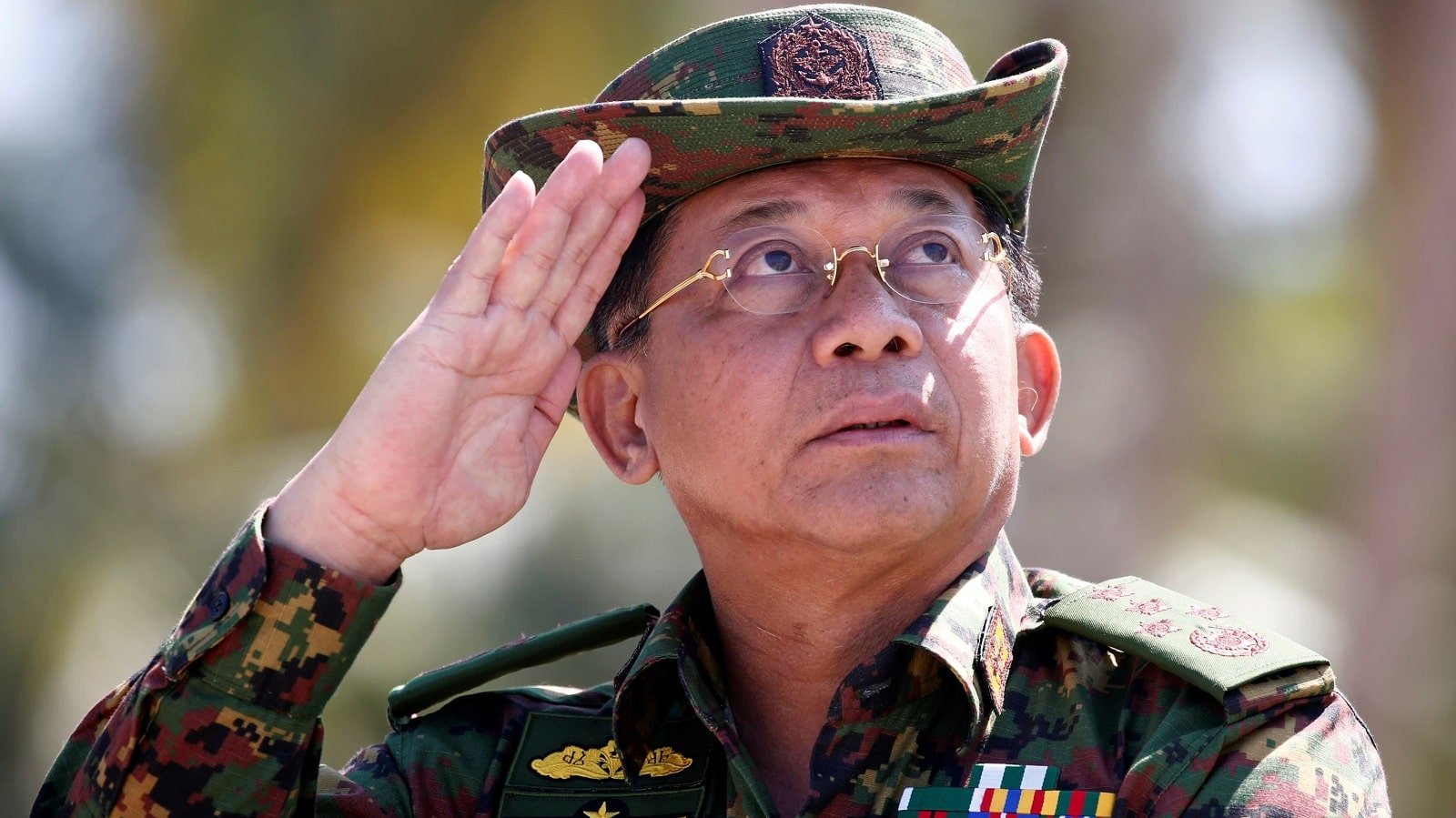 We’ve seen how it can take a lot for Facebook & Twitter to ban someone. So maybe it says something about Min Aung Hlaing that both platforms banned him a good while ago. The reason was, of course, the accusations of genocide, crimes against humanity, and war crimes in Myanmar. The incriminating UN report indicated Min Aung Hlaing’s soldiers had engaged in ethnic cleansing against the Rohingya people.

Those same charges caused Min Aung Hlaing to be under US sanctions since December 2019. The US reacted to the military coup via a statement from US Secretary of State Anthony Blinken: “The United States expresses grave concern and alarm regarding reports that the Burmese military has detained multiple civilian government leaders.” Blinken urged the Myanmar military to “reverse these actions immediately.”

The military coup in Myanmar has spurred immediate condemnation from the global community, not just the US. 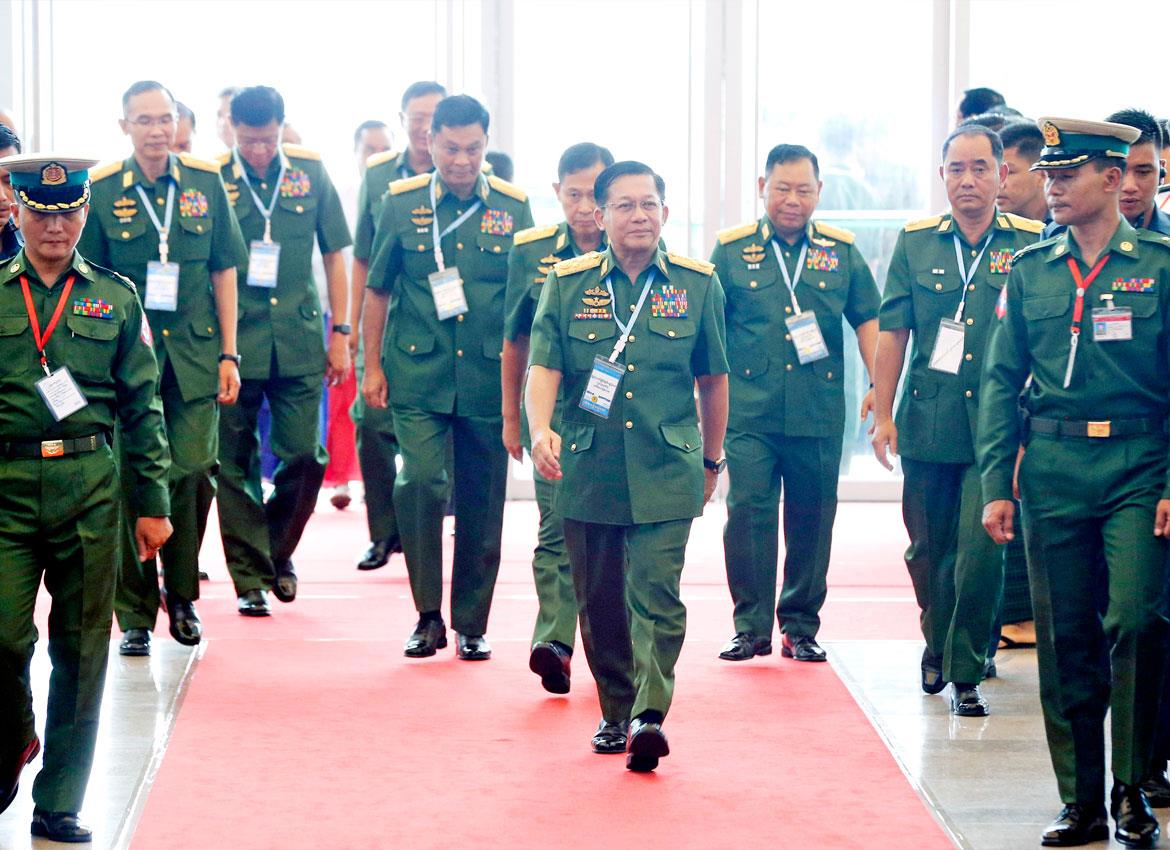 The main justification from the Myanmar military for their actions this morning are allegations of voter fraud. The election results delivered a much bigger majority for the NLD than anyone expected. Myanmar’s election commission rejected the accusations of fraud, explaining that any actual errors were not enough to impact the result of the vote. Clearly, Myanmar’s military wasn’t satisfied with that reasoning.

Min Aung Hlaing’s office released a statement after he took power this morning. In it, Myanmar’s new leader declared the country in a state of emergency for a year. Elections will take place only after the election commission has been “re-constituted” and voter lists have been investigated.

Following news of the coup, Thant Myint-U, a well-known Myanmar historian & author, expressed unsettling sentiments on Twitter: “I have a sinking feeling that no one will really be able to control what comes next. And remember Myanmar’s a country awash in weapons, with deep divisions across ethnic and religious lines, where millions can barely feed themselves.” 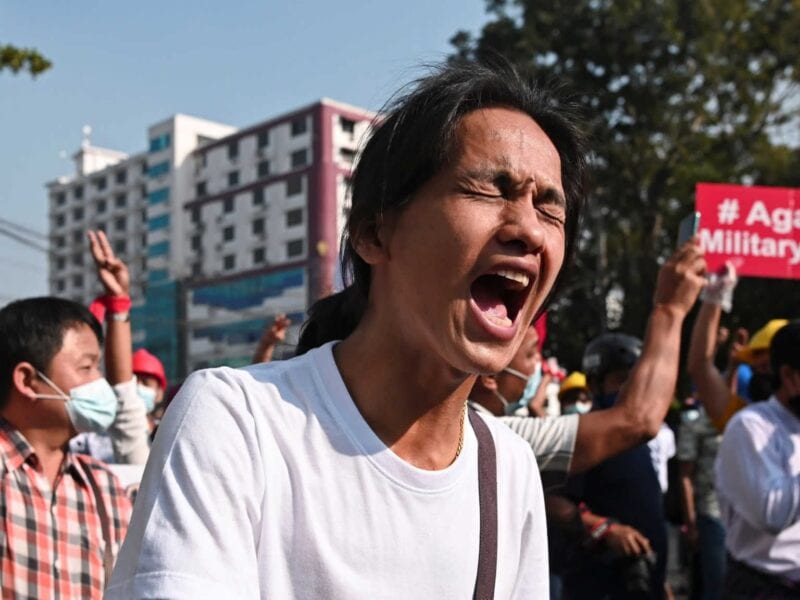 Explaining politics: Is the Myanmar coup tied to the 2017 genocide?