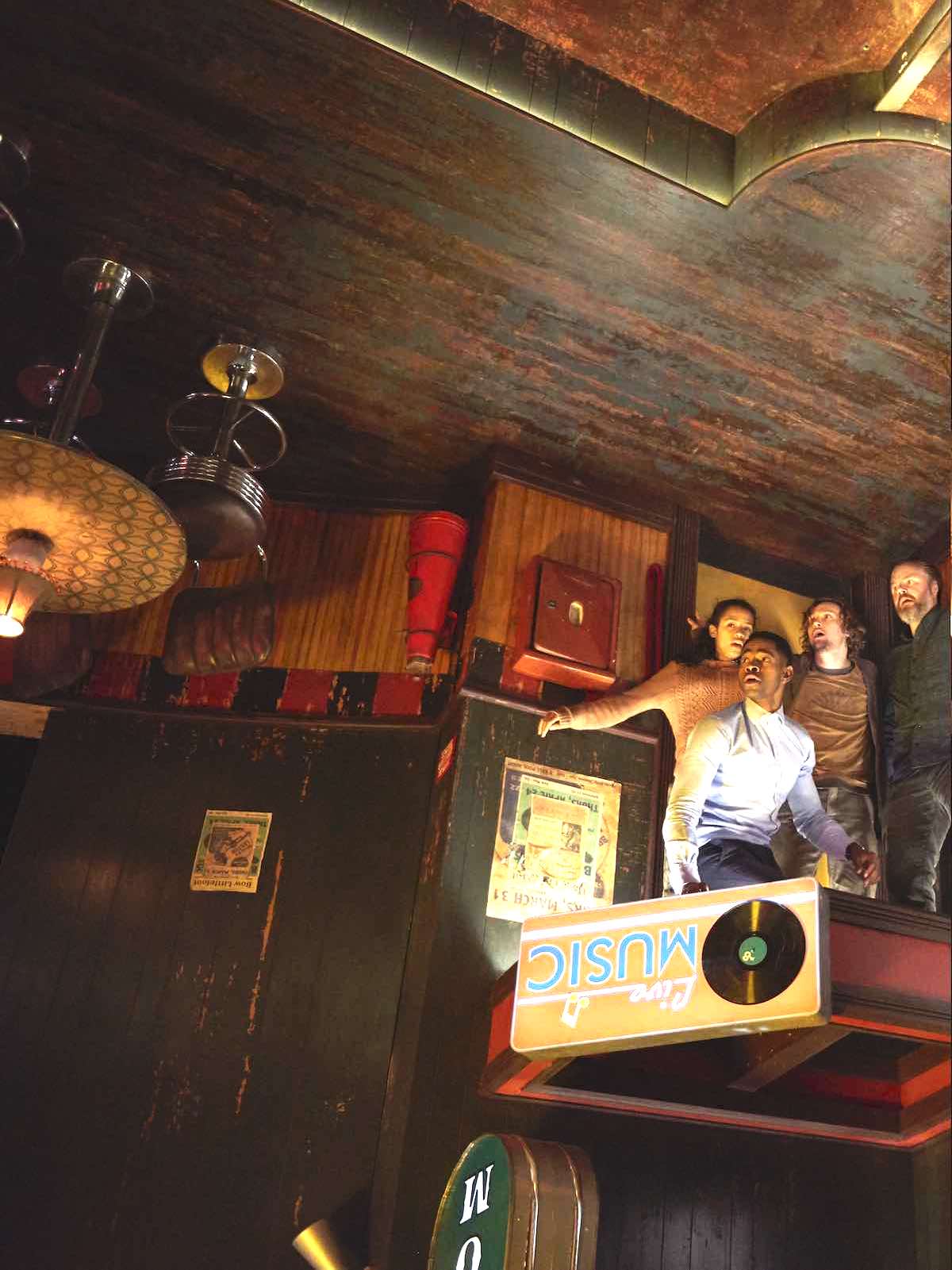 January can be a tough time for movie fans. Awards season is winding down and unless you’re enjoying the later international releases for the last year’s must-see flicks, it’s basically a dumping ground for American moviegoers. Usually packed with horror stinkers, clichéd rom-coms, and drama that didn’t quite make the cut for the Oscars, you’ll have to be extra vigilant to spot the gems in a multiplex packed to the rafters with duds.

That said, those with a keen eye and a handful of great cinemas in the neighborhood are bound to come across some winners. We’ve rounded up all the major releases coming to the big screen this month – as well as some indie sleepers – to stir the appetites of film buffs across the nation.

Six strangers get much more than they sign up for when they’re invited to compete in a series of escape rooms that feel a little more realistic than expected.

Escape rooms are the latest nerdy fad to reach a level of relative mainstream appeal in the last couple of years, and it was only a matter of time before a Hollywood movie came along to exploit the mild paranoia nagging you in the back of your mind when visiting a more extreme room that this could all be an elaborate ruse for some sadistic serial killer.

Following the tradition of haunted-house movies from days of yore in which a group of unlikely strangers are enticed to stay for a grisly night of horror with promises of reward (or mere escape) at the end of the night, Escape Room takes its cues from Saw and The Cube, which pushed the horrific sub-genre to its gory limits.

The trailer looks like it may not be taking itself as seriously as some of the more portentous entries in the Saw franchise, but horror aficionado Adam Robitel (The Taking of Deborah Logan) directs, so expect plenty of thrills.

Features an exciting cast of unlikely stars pulled from some of our favorites of the last few years, including Deborah Ann Wolf (Daredevil), Logan Miller (Love, Simon), Taylor Russell (Lost in Space), and Jay Ellis (Insecure). 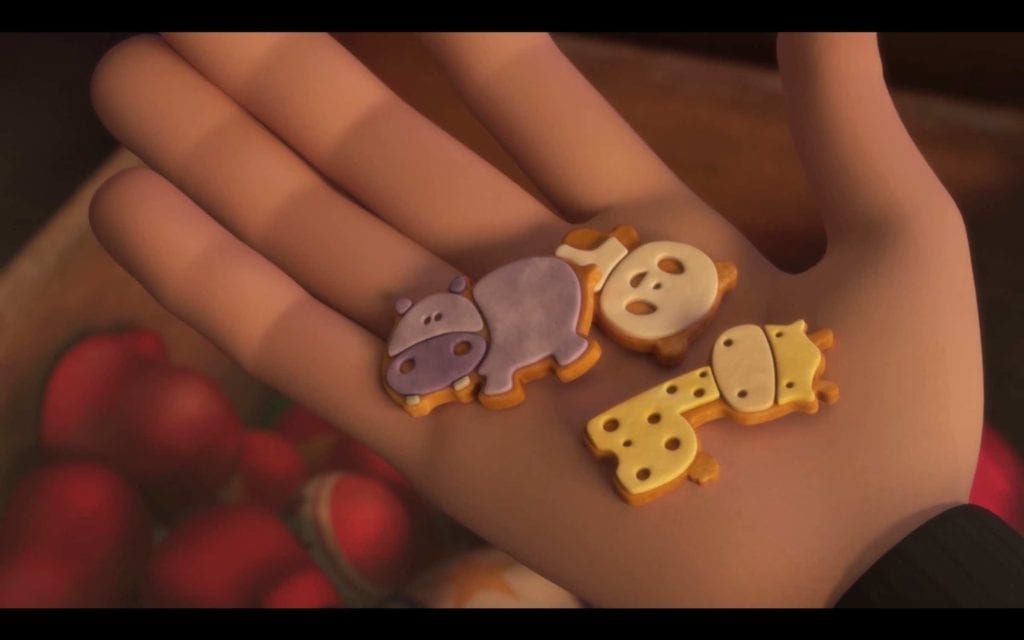 John Krasinski and Emily Blunt take a break from surviving an alien invasion and being fancast into the Fantastic Four all over Instagram when Owen and Zoe inherit a struggling circus. Danny DeVito costars as a clown who gives them the secret to success: a box of magical crackers that turns anyone who eats them into animals.

Audiences are frantic for that circus buzz after The Greatest Showman co-opted the Christmas spirit last year and had us all tapping along to computer-generated dancing horses. Animal Crackers is a safe bet for families looking to rekindle that magic, a desaturated warmup to Tim Burton’s main event, Dumbo.

A healthy dose of The Emperor’s New Groove is bound to attract the kidless twenty-somethings who don’t have an excuse to make cinema trips for animated kid films yet.

Sadly the animation looks flat, and the whole premise hinging on the fact that circuses are underperforming thanks to a lack of unwilling zoological participants is making us a little queasy. That said, the supporting cast of Ian McKellen, Raven-Symoné, and the man with the funniest voice in the world, Patrick Warburton, is definitely tempting us to check this one out, at least on its home release. 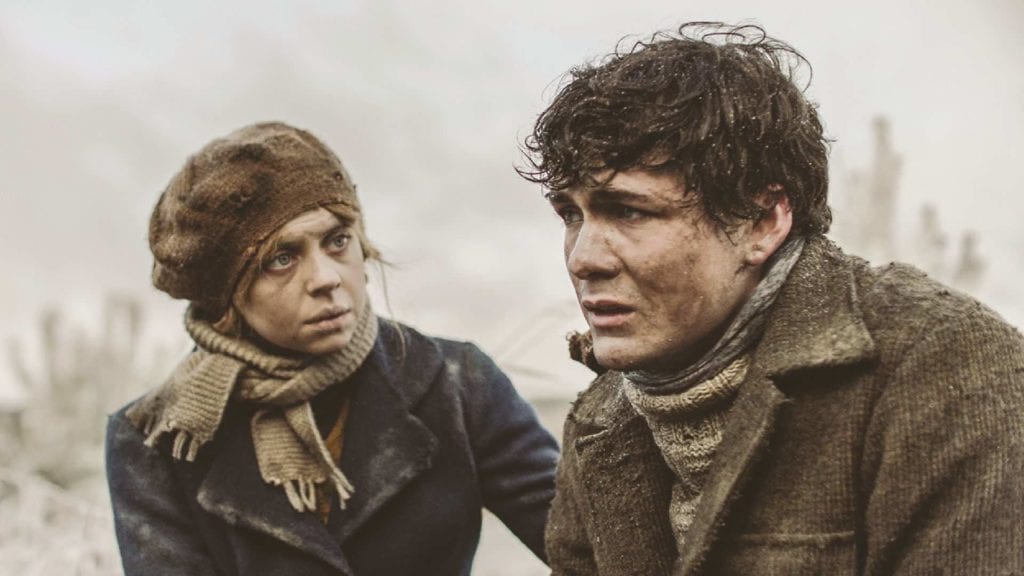 Ashes in the Snow (Sorrento Productions)

A period coming-of-age tale set against the turmoil of WWII. Lina, an aspiring young artist living in Lithuania under constant fear of Stalin’s reign in 1941, is suddenly victim of a home invasion and forcefully deported to a labor camp.

Starring Bel Powley, the film is an adaptation of Ruta Sepetys’ novel Between Shades of Grey, a harrowing slice of life during the world’s bleakest period of history. Directed by first-time feature filmmaker, Marius A. Markevicius was previously known for his documentary The Other Dream Team, though his work as a producer for Like Crazy leaves us no doubt of his ability to nail teen awkwardness and resilience in the face of turmoil.

Bel Powley has quickly become one of our low-key faves over the past few years. Known to British Gen Zs and millennials as part of the original cast of M.I. High, she revitalized her career in the wonderfully playful and equal parts horrific The Diary of a Teenage Girl, in which she also featured as a wannabe artist.

Maybe we’re a little over dour period pieces, especially since The Death of Stalin pretty much made World War II fair game for spoof and satire, but the talent behind this independent underdog has us a little intrigued. 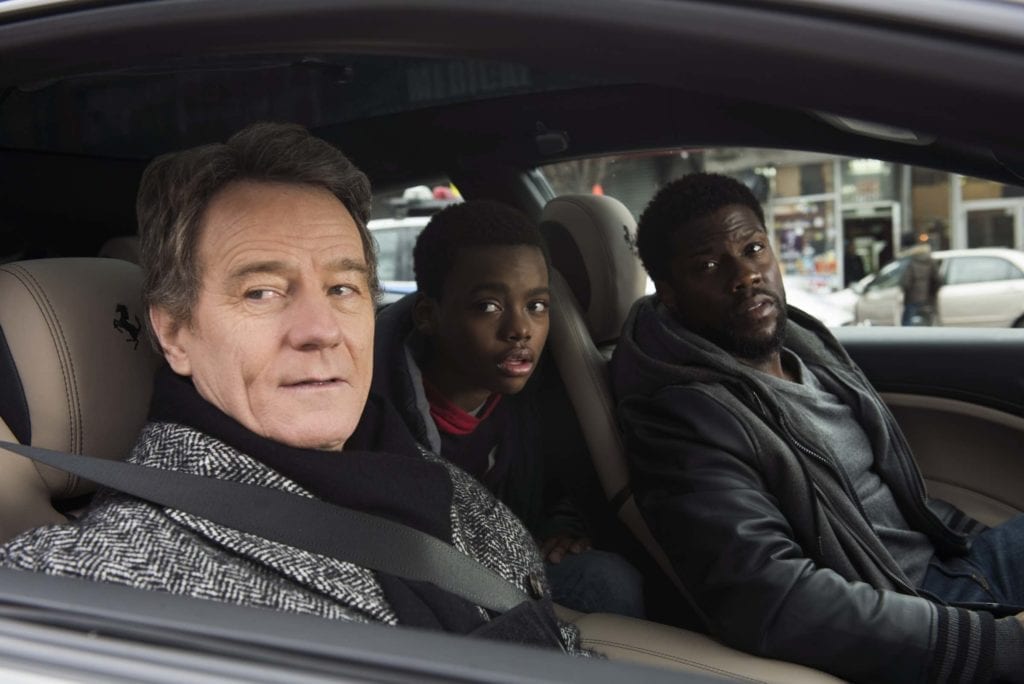 Hollywood’s been getting its greasy hands on successful foreign films since it set up camp in Los Angeles, so it was only a matter of time before a remake of Intouchables was in the works, one of the highest-grossing French films of recent years.

The adaptation has faced considerable difficulty, not least being its attachment to The Weinstein Company considerably delaying its distribution. Initially set to star Colin Firth alongside a list of potential favorites that included Idris Elba and Jamie Foxx, the film now features Cranston next to a considerable downgrade.

Kevin Hart would have been a strong drawback when Jumanji: Welcome to the Jungle was cleaning up at the multiplexes, but following a homophobic controversy that lost him the Oscars hosting job, this maudlin remake may be doomed as one of many January flops in 2019.

Some could easily argue it’s getting what it deserves. There was considerable criticism launched at the original for self-satisfied and misjudged commentary on interracial friendships. This remake seems similarly smug without any wry French humor to support it, and only a film originally under the Weinstein banner could try to make learning to objectify and pick up women a bonding moment. 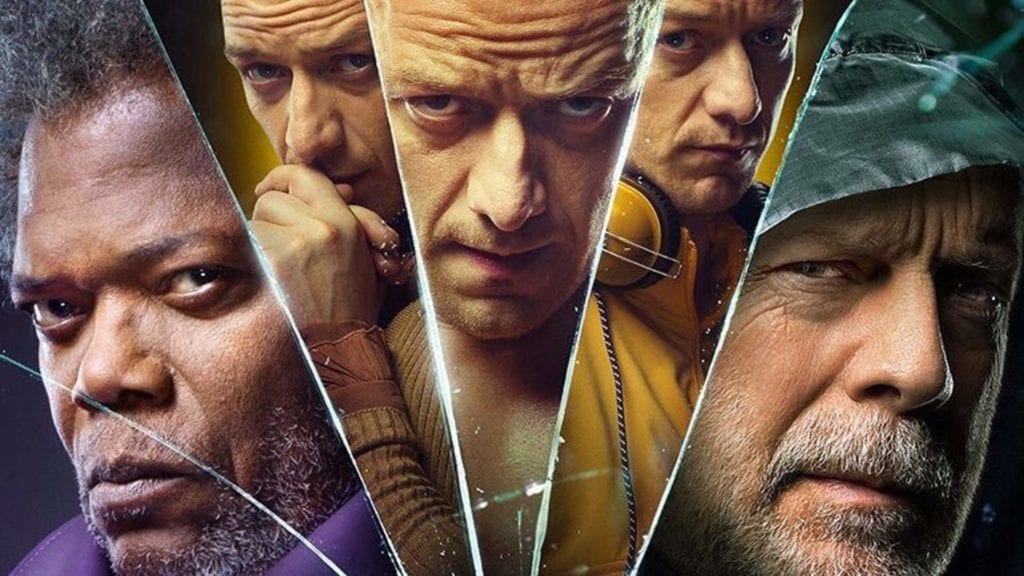 Bruce Willis and Samuel L. Jackson return nearly twenty years after M. Night Shyamalan’s Unbreakable to face The Beast, the 24th personality of James McAvoy’s violent and unpredictable psychopath who was unleashed at the end of 2016’s surprise hit Split.

Spoiler alert! For those of you up on your Shyamalan lore, there was a rather tantalizing twist waiting for you within the credits of his blockbuster comeback Split. It was rather clumsily revealed that Kevin Wendell Crumb shares his world with David Dunn and Elijah Price (known as Mr. Glass), the real-life superhero and archnemesis from Shyamalan’s comic book deconstruction Unbreakable.

Heavy-handed or not, it marked a return to favor for the eccentric filmmaker who until the last few years had been tainting his good name with a slew of trash including The Last Airbender and Lady in the Water.

The filmmaker was infamous for his surprise twists, and this was his first attempt at a meta-turn in the narrative – imagine if the film you were watching were a sequel all along?

Glass will be the first time Shyamalan will explore what happens after the twist. It could be a complete, immersion-breaking, illusion-shattering disaster; or, it could be one of the finest moments of his career. We can’t wait to find out. 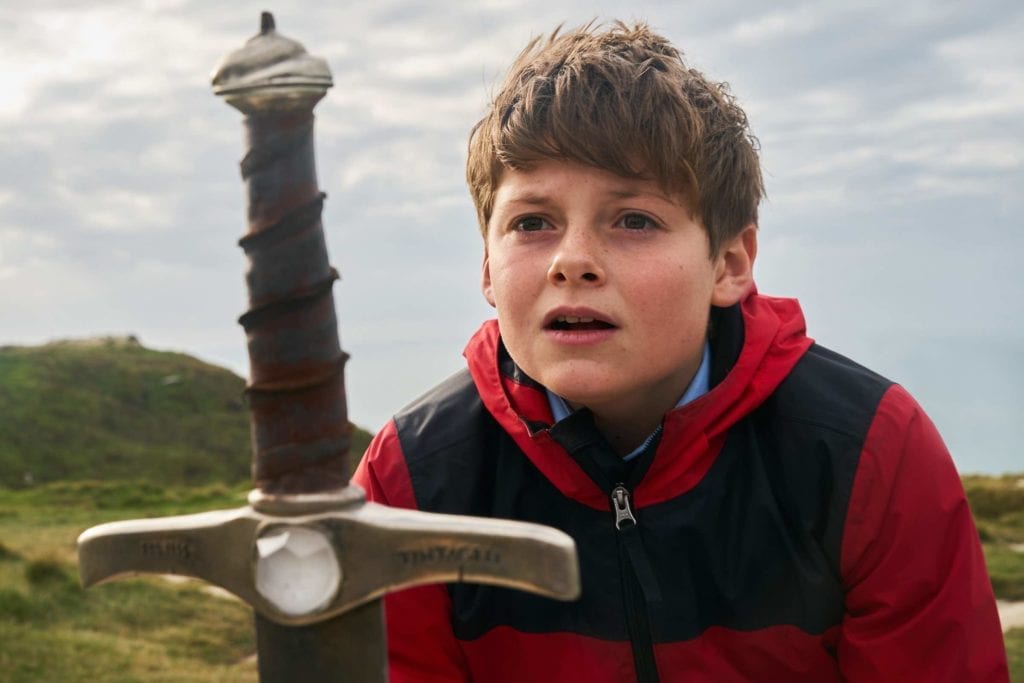 The Kid Who Would Be King (20th Century Fox)

Joe Cornish blends myth and the modern in this not-so epic retelling of the King Arthur story. A young school boy, Alex, stumbles across Excalibur sticking out the ground of a construction site, unknowingly reigniting the battle between the knights of the round table and the evil sorceress Morgana.

Taking its cues from T.H. White’s The Once and Future King, second-time director dismisses all the soul-searching and baggy political intrigue from previous attempts to translate the King Arthur mythos to screen (King Arthur: Legend of the Sword being the most recent offender), instead of throwing all of the kookiness and mysticism at the wall and seeing if the magic still sticks in a modern setting.

We’d normally consider this a rush job at a cheap January release to catch kids and naive parents off guard during the slow melange of the new year, but Joe Cornish has proven before he knows how to deliver a rollicking adventure before. His breakthrough film Attack the Block was a sleeper hit, and of course introduced the world to John Boyega (Star Wars: The Last Jedi).

Cornish is getting off the streets and kicking the drugs for his second outing, but it still looks packed with inventive set pieces of offbeat humor and it could be a star-making feature for Louis Ashbourne Serkis, the son of everyone’s favorite CG-stand in Andy Serkis. Could be the surprise hit of the month. 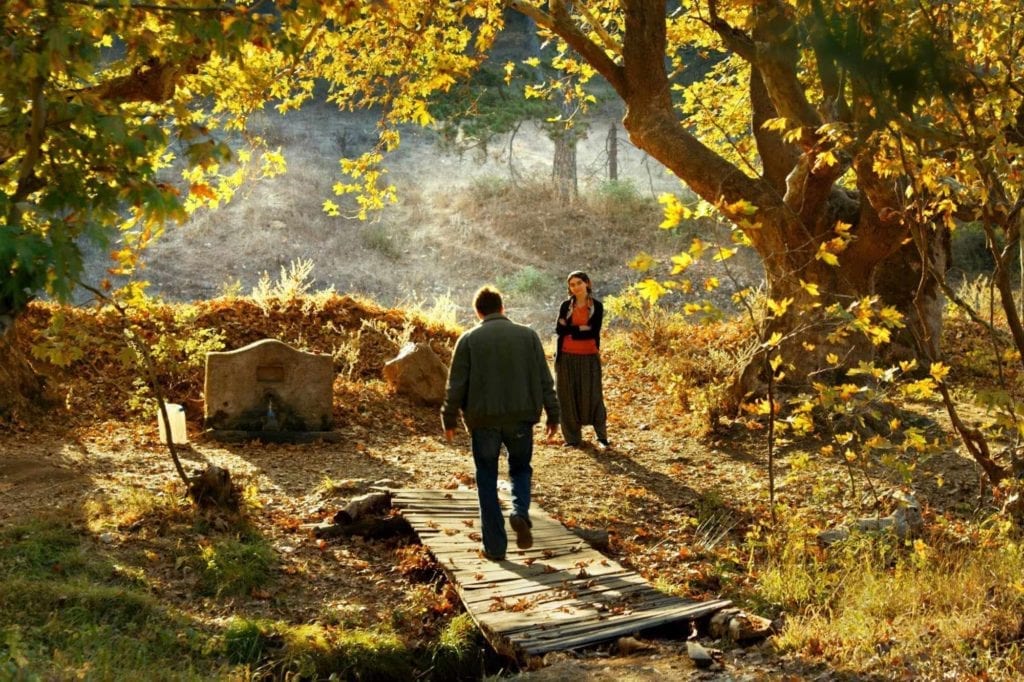 Intimate epic drama from the director of Winter Sleep in which a recent Turkish graduate returns home with dreams of becoming a writer during the cruelest and seemingly unjust period of his life.

Nuri Bilge Ceylan has become one of the most crucial voices of foreign independent cinema with a number of poignant, harrowing dramas. His most recent three films, Once Upon a Time in Anatolia, Winter Sleep, and now The Wild Pear Tree all fall around the three-hour mark and earn every second of it.

Of course, it’s understandable that the impenetrable length gives even the more adventurous film fans shaky legs, but as long as you dismiss the idea that beefier runtimes should be reserved for the likes of The Lord of the Rings there are layers of beauty and passion to be found in the folds of his work.

Ceylan’s films have reliably been chosen as Turkey’s official submission for the Academy Award for Best Foreign Language film, but have criminally been left off the list of nominations so far. If you’re lucky enough to live near a good independent cinema, and you find yourself with three hours to spare, we’d seriously implore you to give his latest a shot, as it might just save your life. 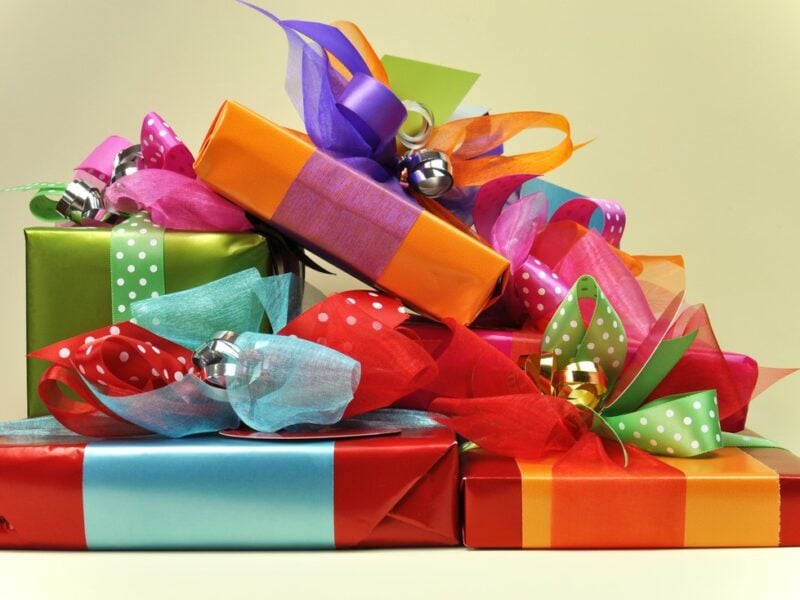 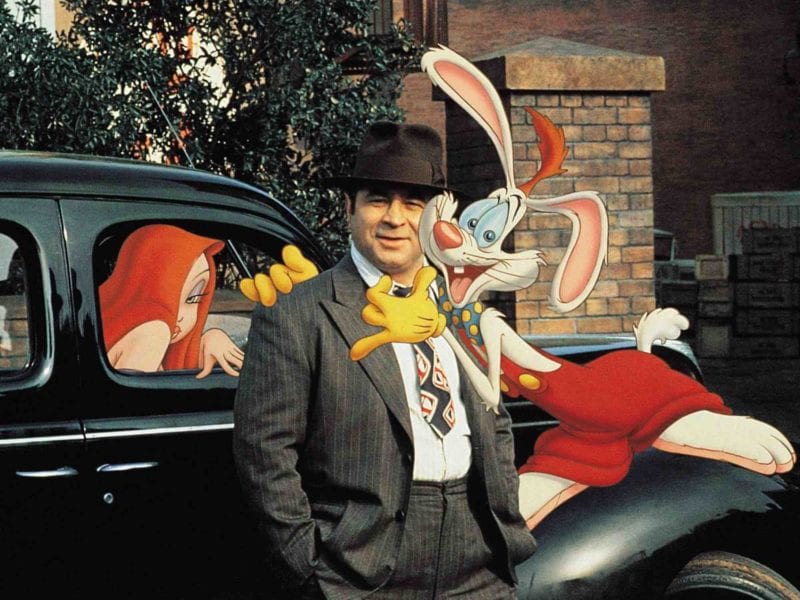