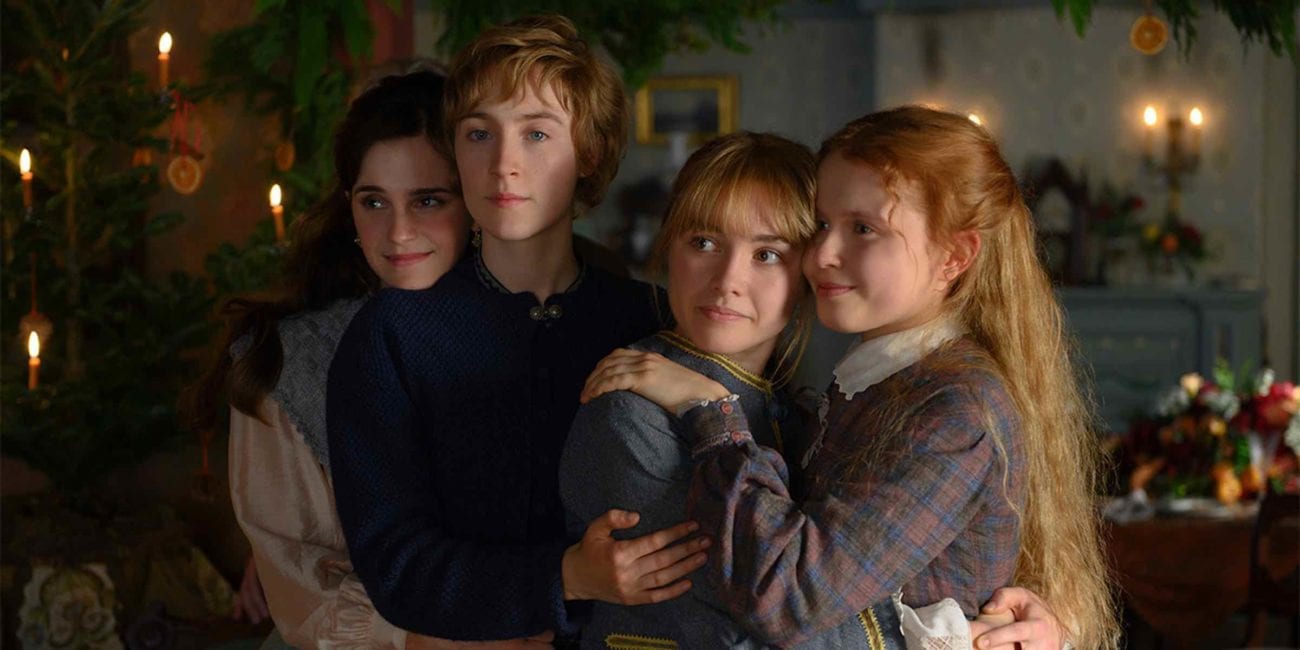 While everyone is gaga over 2019’s Little Women (and deservedly so at that), there was another fairly beloved adaptation of the Louisa May Alcott book back in 1994. No one really forgets anything on the internet, especially when it comes to memes.

If you’re a fan of both, then buckle in because we have stuff on both sides as well. Here are some excellent Little Women memes. 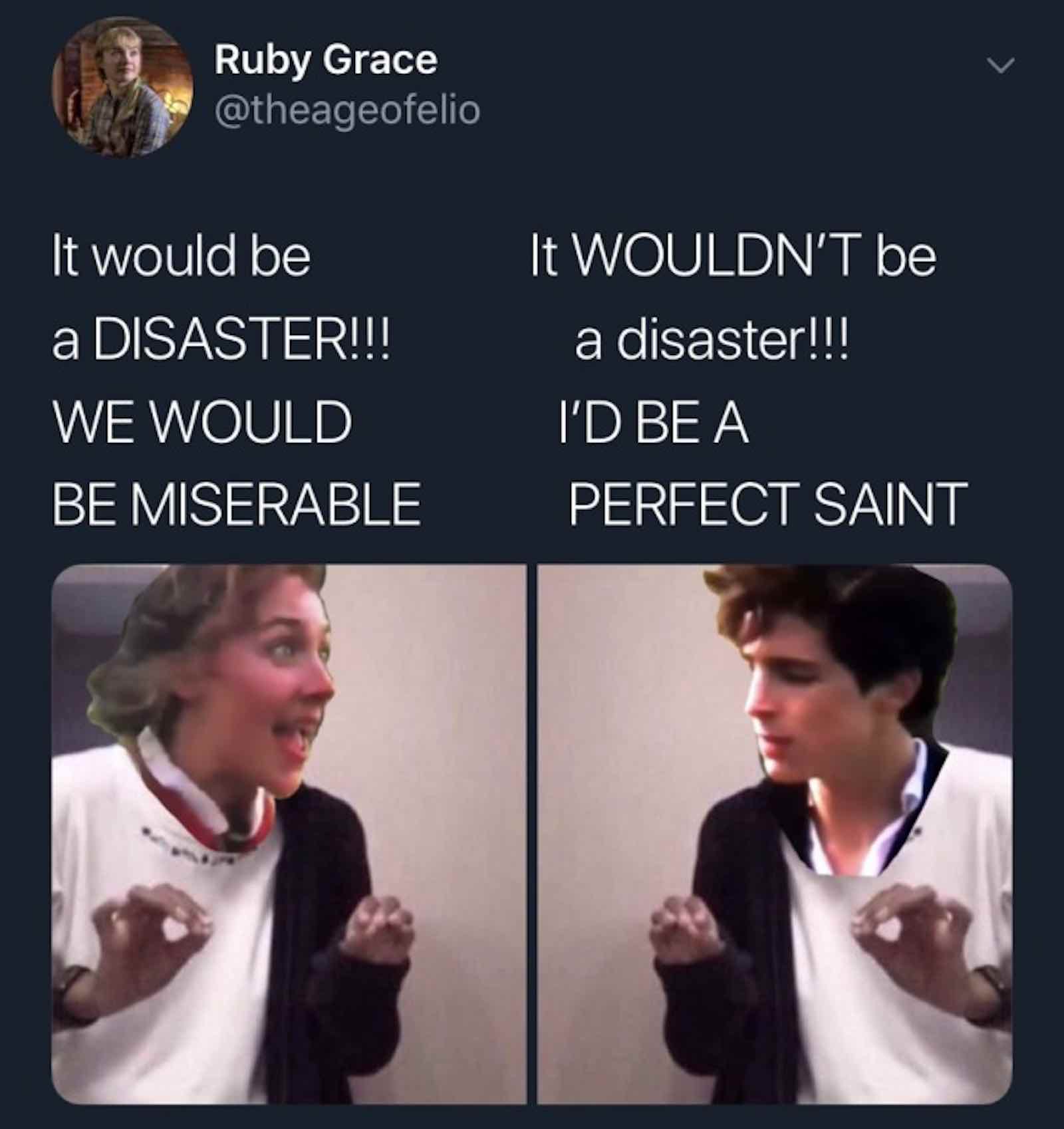 “It would be a disaster!”

Greta Gerwig worked to make it clear that Laurie (Timothée Chalamet) and Jo (Saorise Ronan) are two halves of each other. Seriously, the costuming for this is very, very deliberate in the 2019 film. That doesn’t mean it would be smart. As Jo reminds Laurie how disastrous a marriage would be for them. 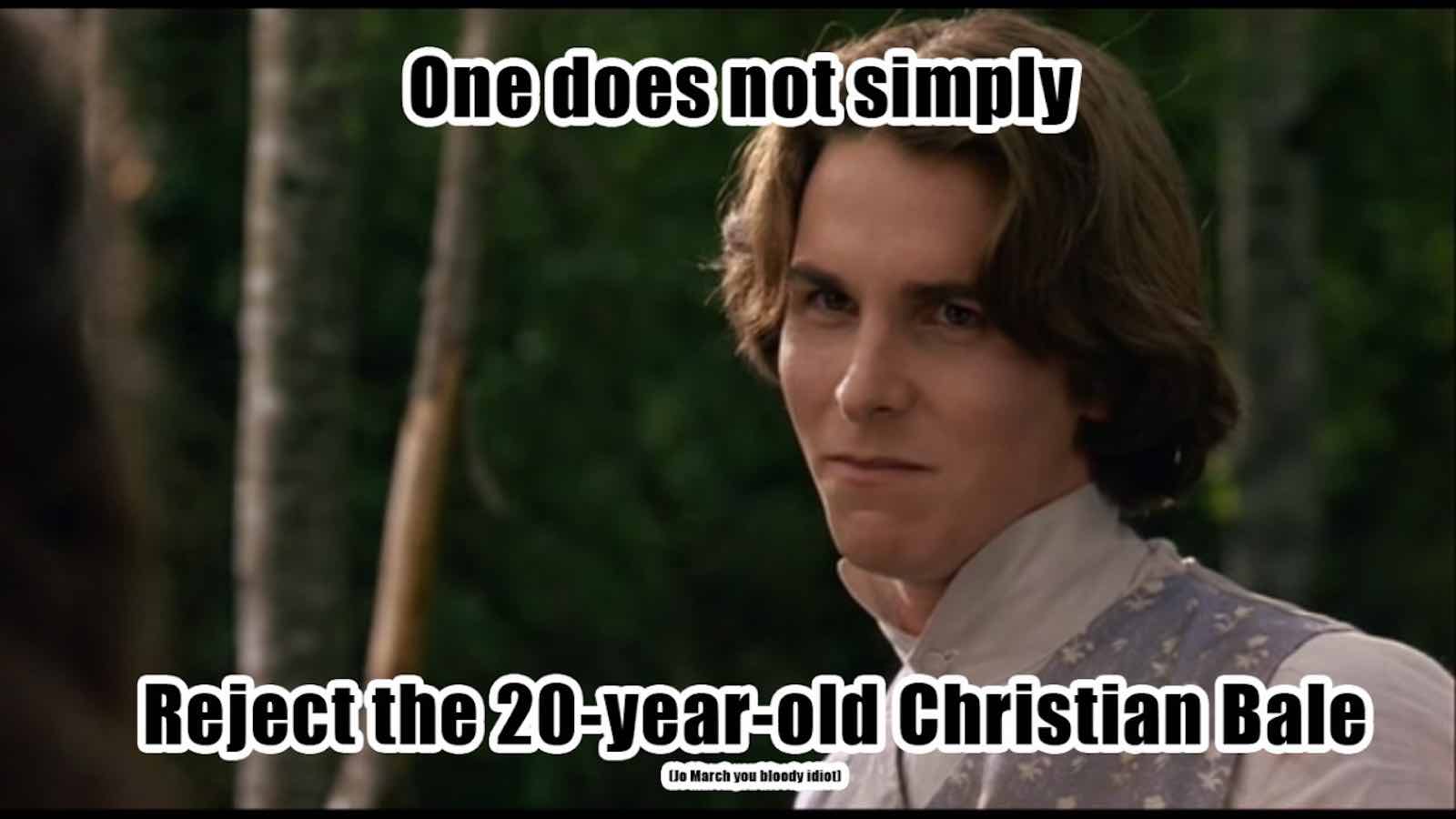 Christian Bale is known as a serious business actor and Batman today. Back in the day, and even when watching his older film, fans of the actor refer to him as “baby Christian Bale”. In the 1994 version of Little Women, he played Laurie. This meme makes it clear that you do not say no to baby Christian Bale. 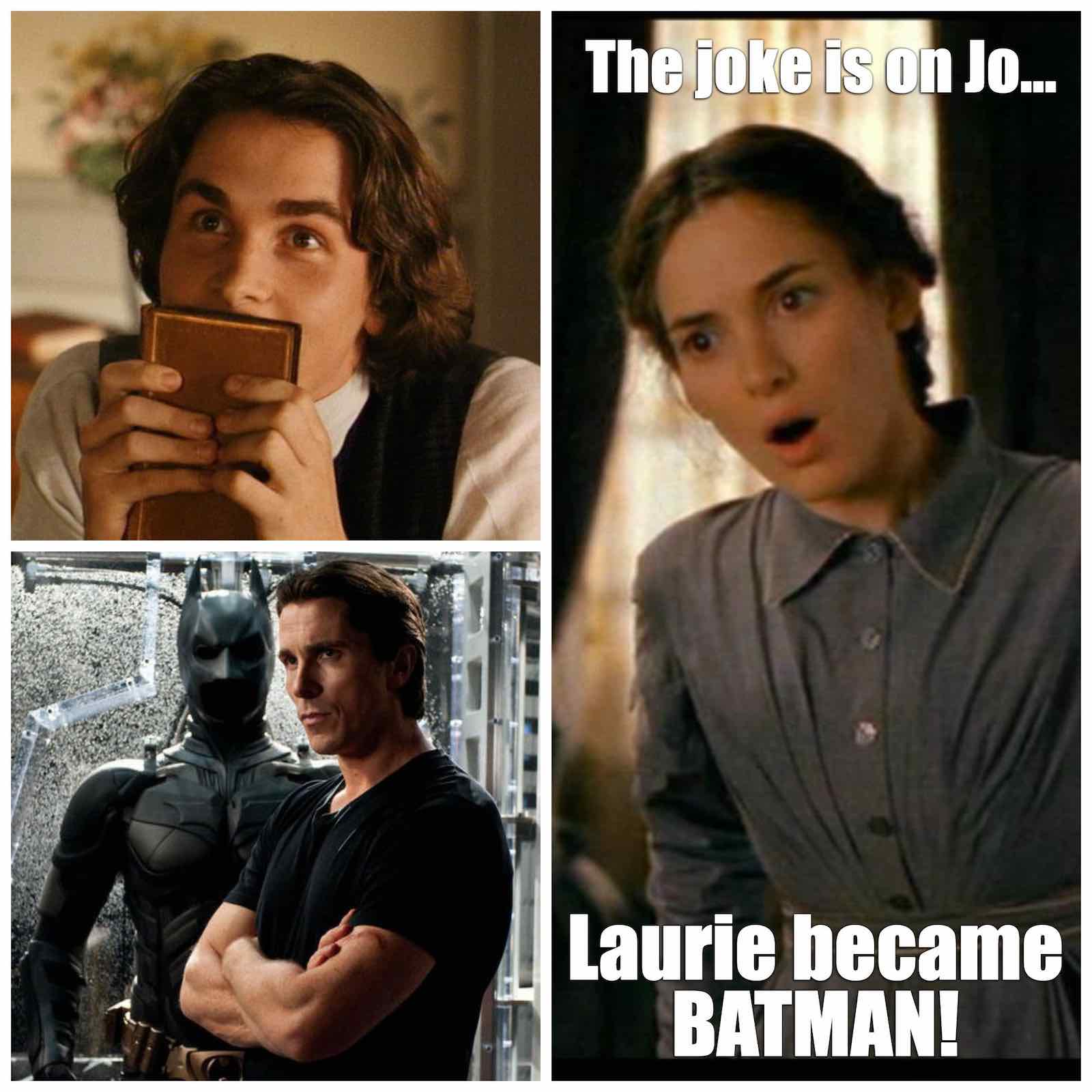 Another meme about Christian Bale that references his truly star-making turn as Bruce Wayne/Batman in the Christopher Nolan’s Dark Knight trilogy. After all, why would Jo (Winona Ryder) say no to him, if he will become Batman one day? 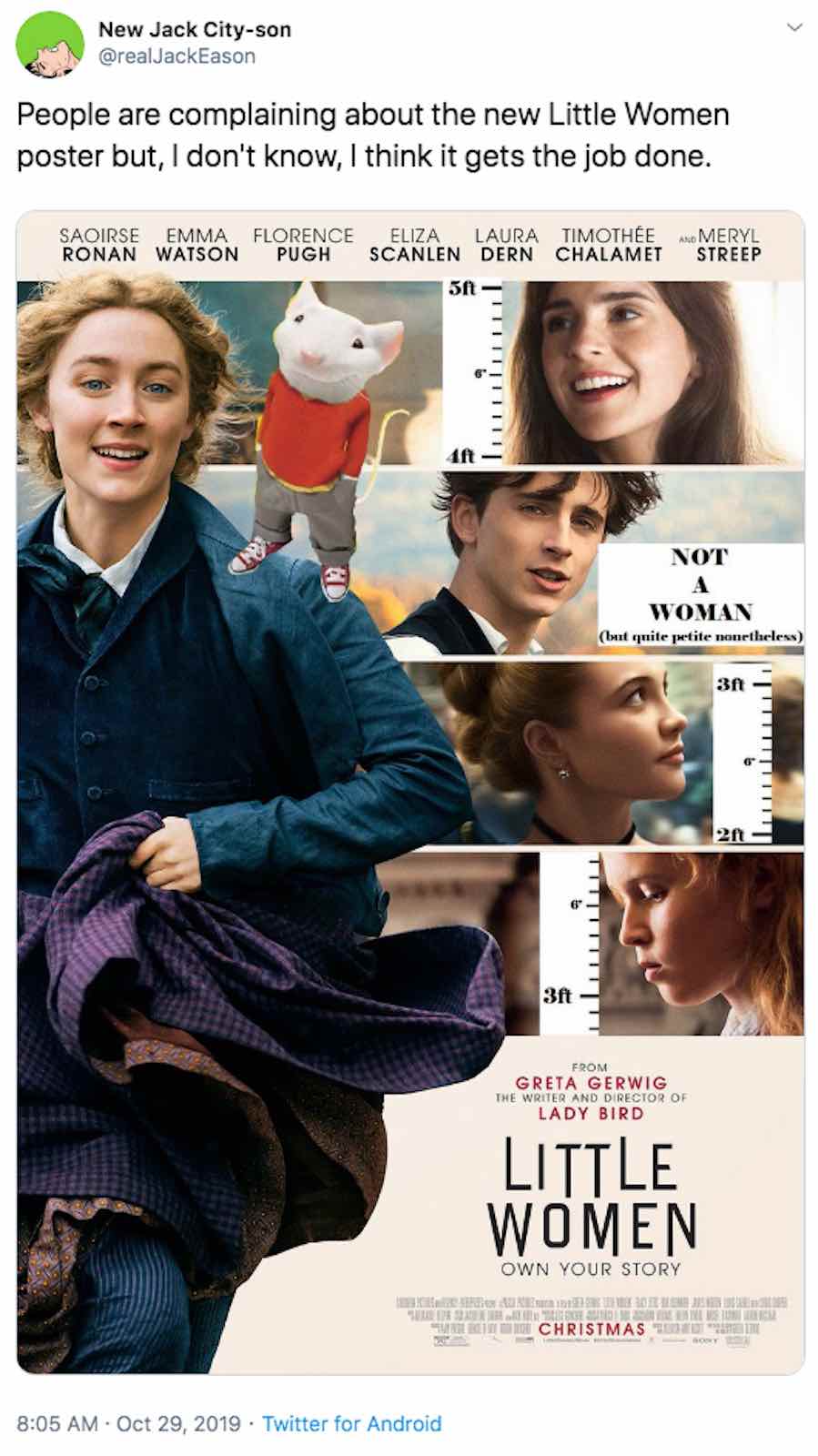 No one really liked the poster for Little Women, one of the funniest examples is when it was compared to the poster for Stuart Little. The mouse is photoshopped on Jo’s shoulder along with measuring tape near each character. 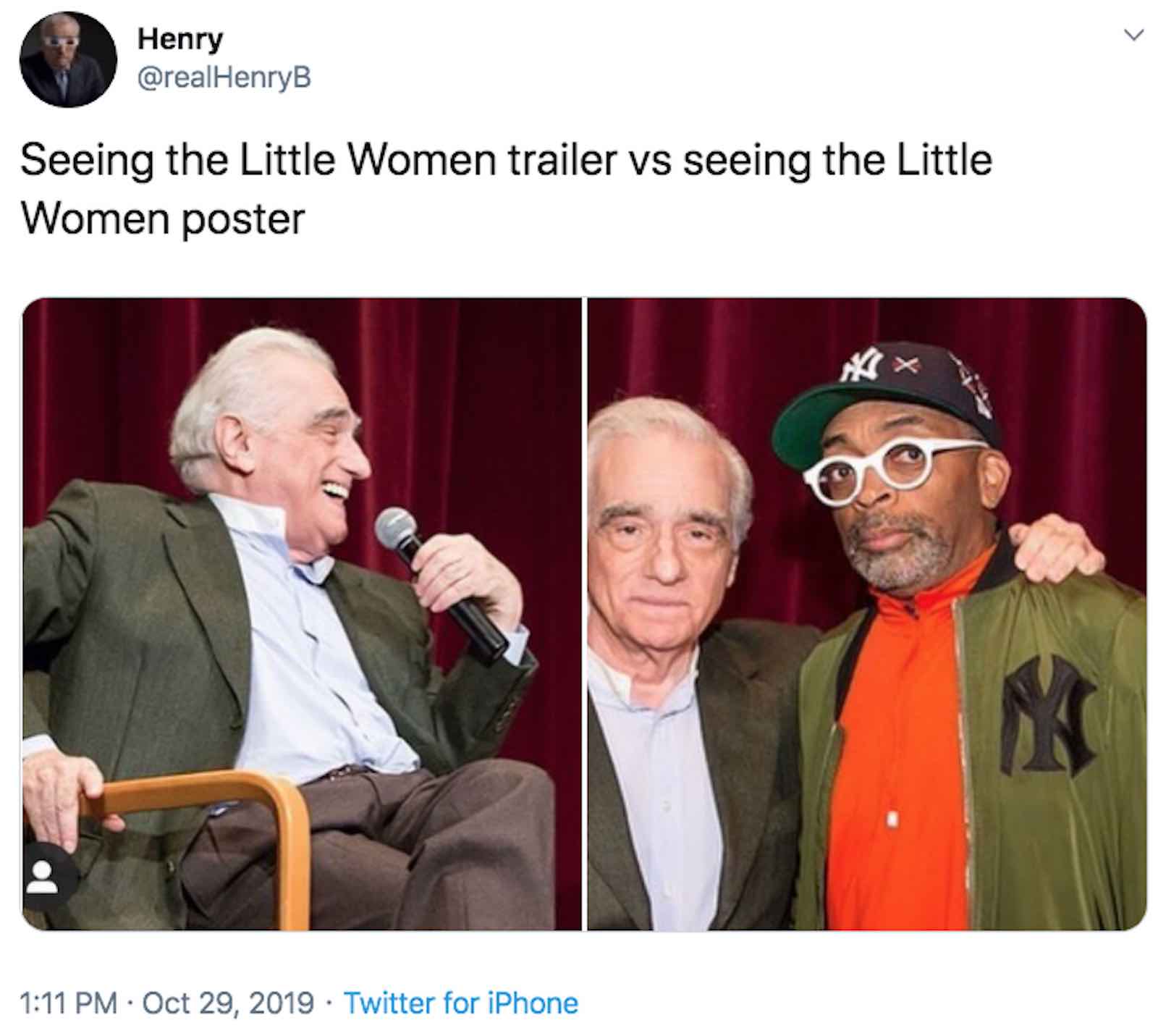 Seriously, no one liked the poster for 2019’s Little Women. What people did love, however, was the trailer for the film. Nothing makes it clearer than this meme.