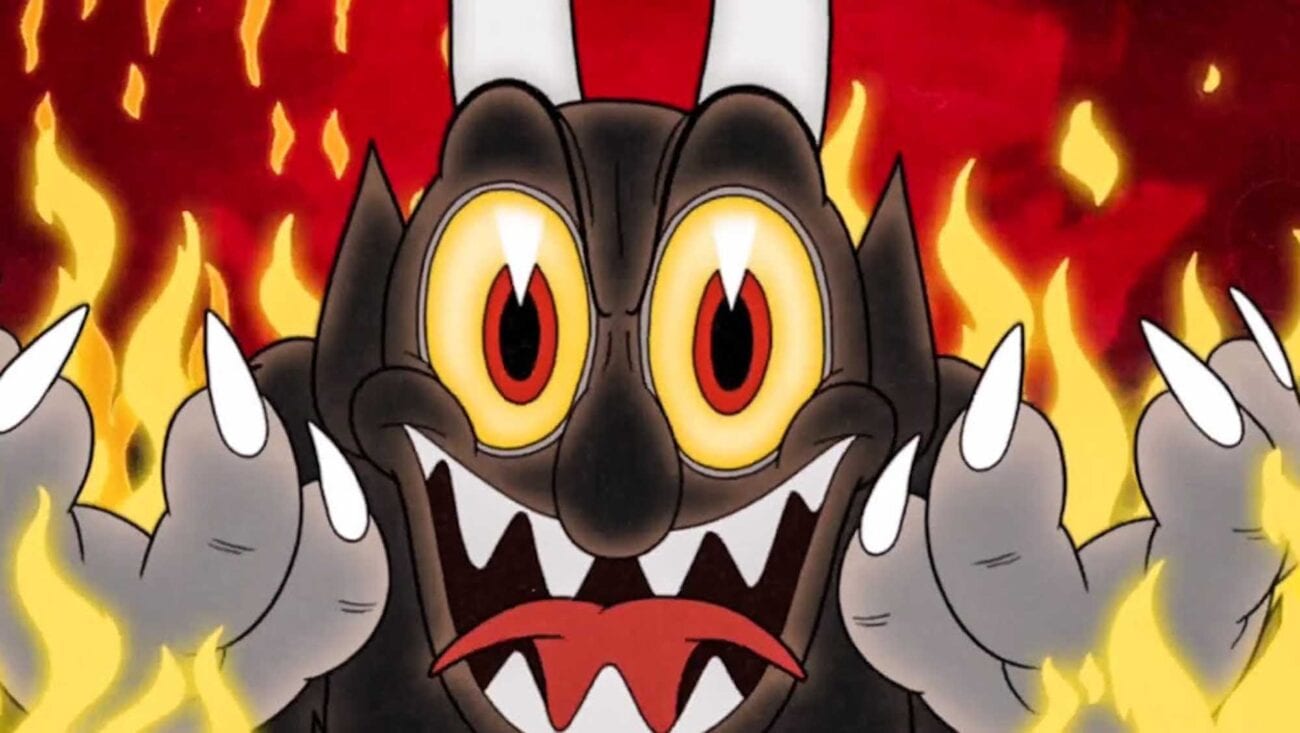 Try not to kink-shame all these kinky memes

Thanks to the miracle of the internet, many have been able to find others who share interests – of course, this includes kinks. Arguably, the web has made some of us more open, more willing to interact with people who have different interests as ours.

Whether you’re into any type of kink or just ready to see some kinky memes, we’ve got you covered. None of these memes are too graphic – but it’s still a better idea to save them for when you’re off work. 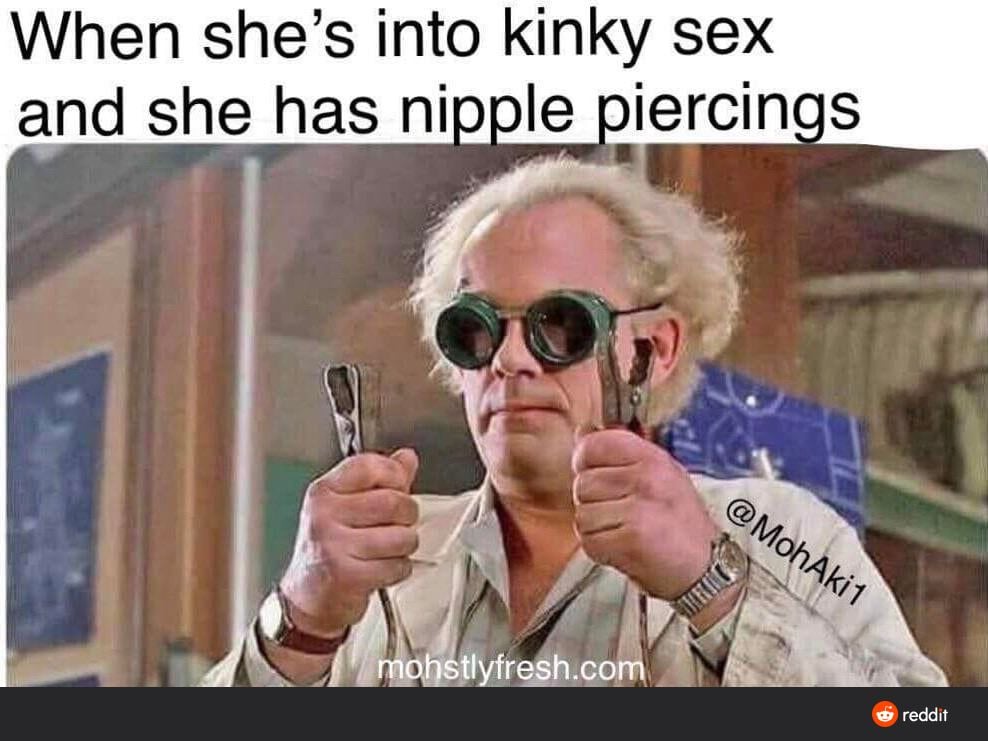 We’re not sure if people mean this when they say they want sex to be “electrifying”.

Some people enjoy including a little bit of pain in the bedroom. It’s okay! If it rocks your boat and you’re being careful, go for it. A word of advice, though: it’s best to avoid connecting a battery to any type of metal in another person’s body. 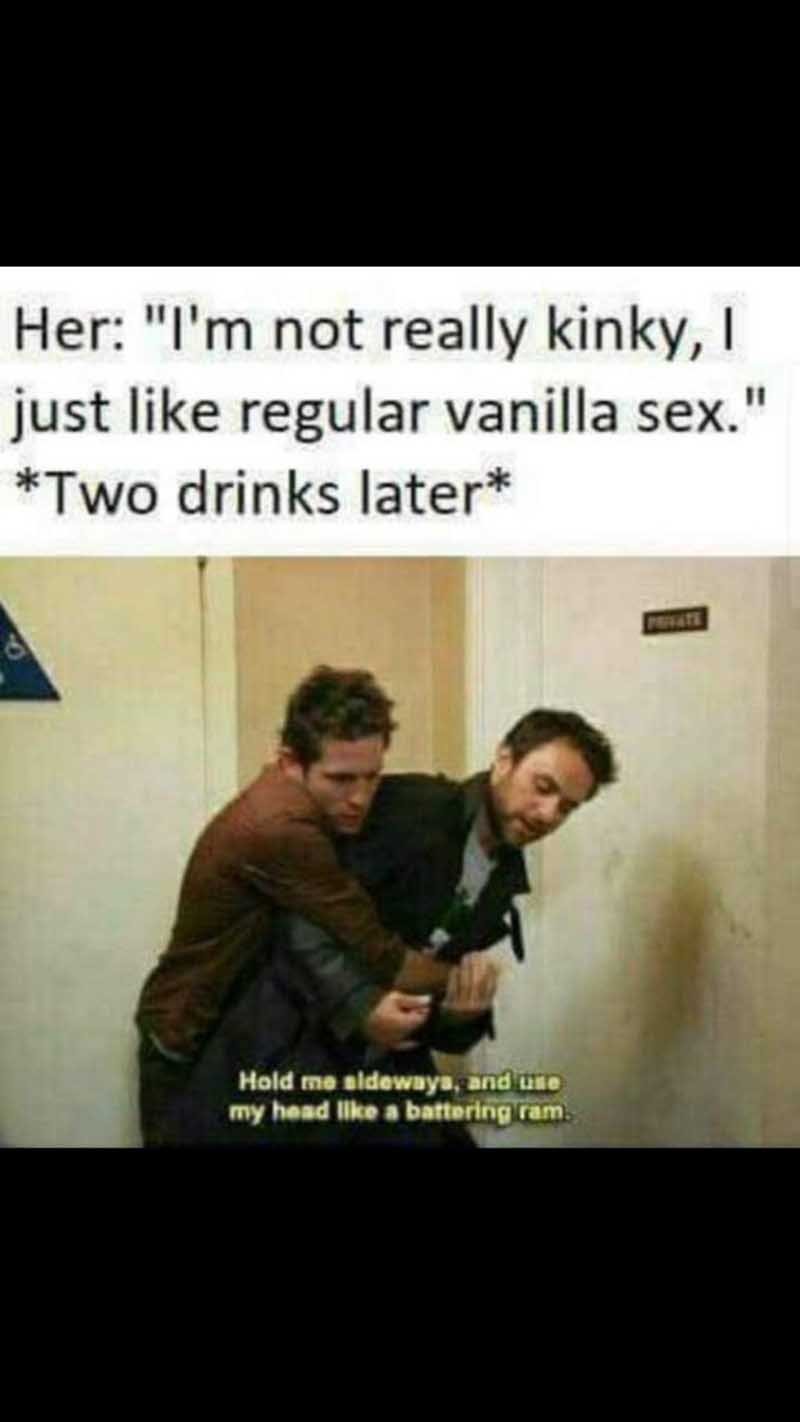 Sometimes kinks can be very . . . specific. Even though the internet makes it easier for everyone to find their niche, some things are just too personal.

This meme might hit a little too close to home for some. There are many cases of people who don’t realize they’re into kinky sex, but then it turns out they’re very into one particular thing. 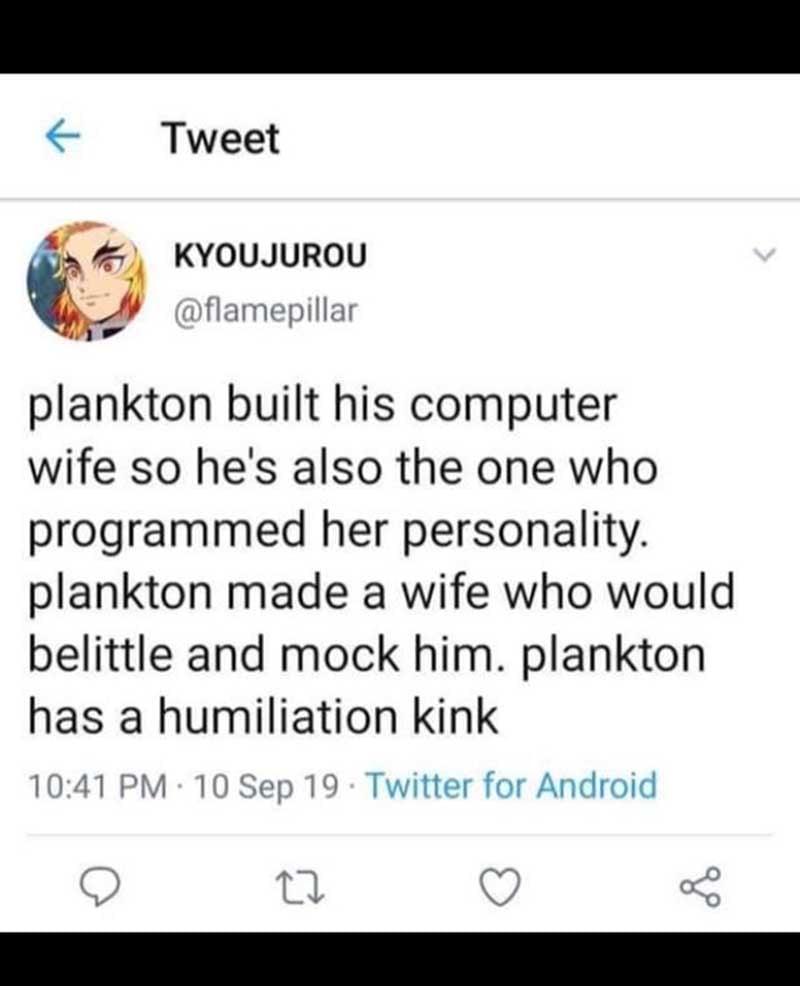 Why are there so many Spongebob sex memes? This meme is onto something, though. Why would Plankton make her computer mistreat him so much? Even if it happened by mistake, he could’ve probably just reprogrammed her to be nicer.

Maybe Plankton is into this kink. It would explain why he continues with his awful restaurant instead of trying to get into a new industry. 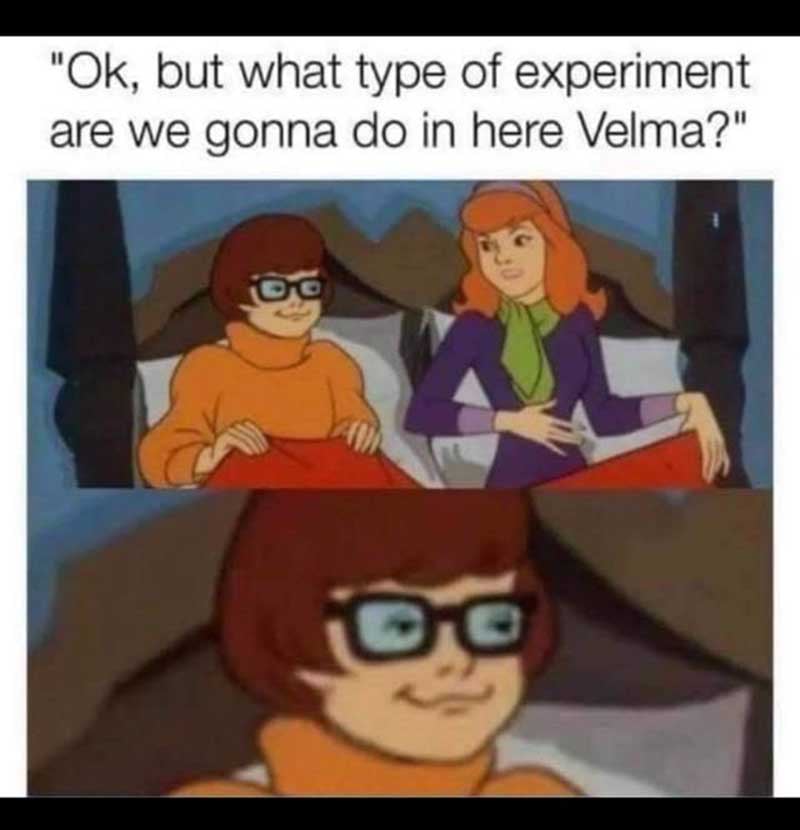 The Scooby-Doo showrunners confirmed Velma is gay, which didn’t come as a surprise to many LGBT folks. What were some of the telltale signs, you ask? One of them is her actual girlfriend in Scooby-Doo! Mystery Incorporated; the other one is this meme right here.

Velma’s face says it all. It’s clear solving mysteries isn’t her only goal. 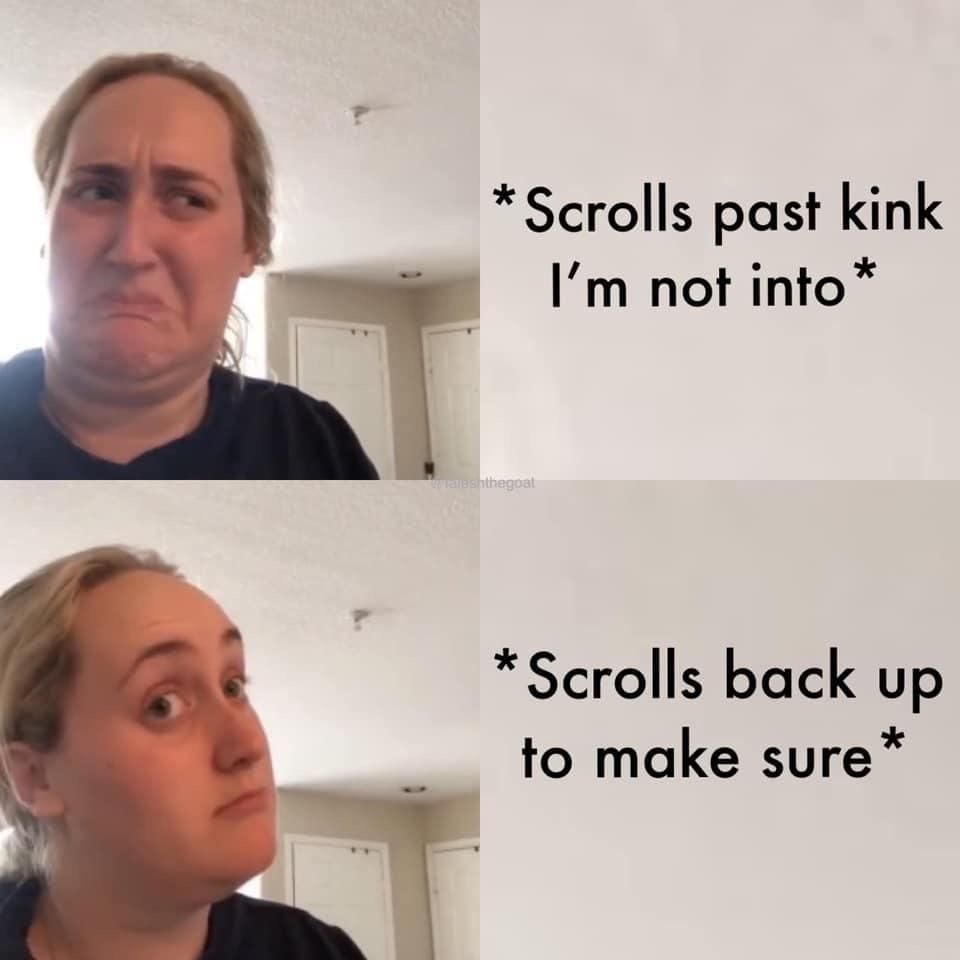 Not everyone’s into kinky sex. Some people’s kinks are genuinely unappealing to others. Other times it’s just a matter of giving it a chance. Maybe a latex outfit doesn’t seem too appealing at first glance – but on second thought . . .

All it takes is a little more research to discover a whole new kinky world. Maybe a quick Google search is all we ever needed to spice up our sex lives. 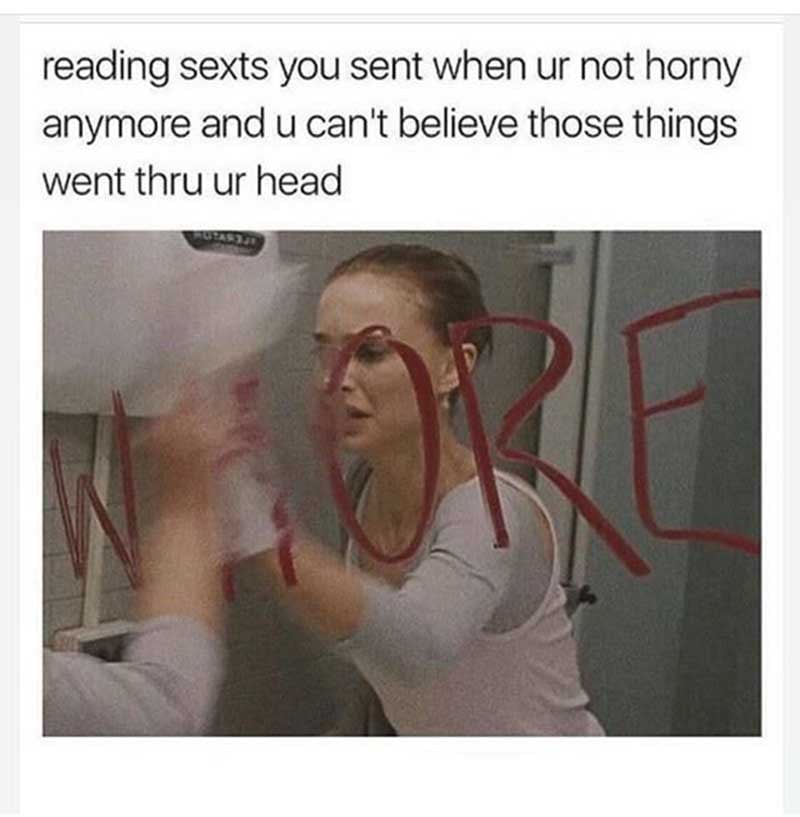 This has probably happened to the best of us. We know how we can make decisions in the heat of the moment that would be downright questionable with a clear head. Ideally, all sexting is done with someone we trust so we’re comfortable sharing what we like. Even so, it can be pretty shocking to reread some of the stuff we sent in the middle of a hot convo. 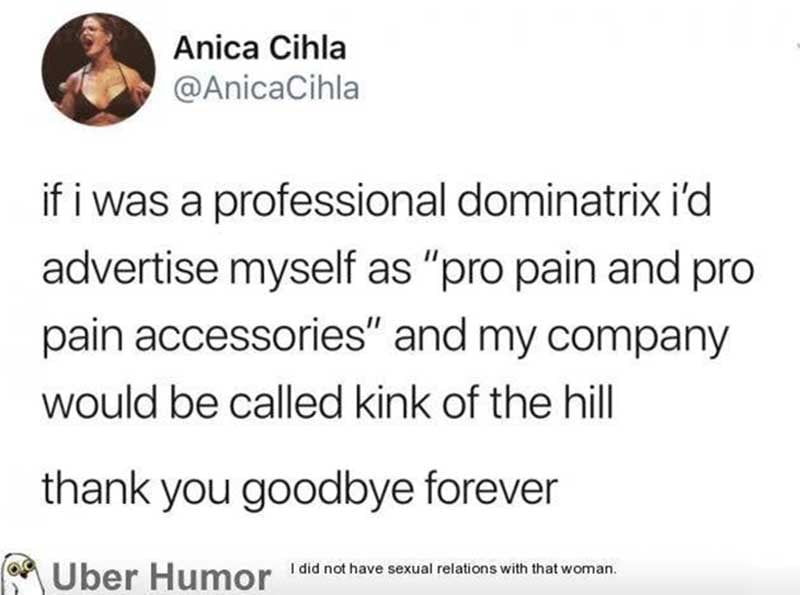 Kink of the Hill

We wonder if Kink of the Hill also sells merch. Maybe a gag with Hank’s face? 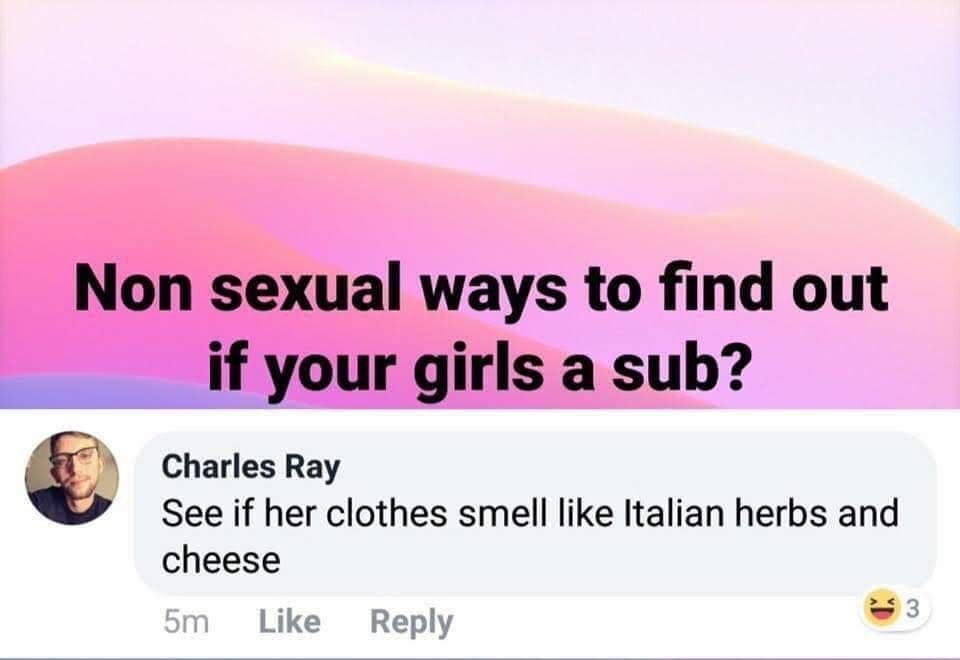 Not that kind of sub

Communication is key when it comes to sex. Sometimes it’s a bit hard to ask for certain things in a new relationship. It’s definitely challenging to determine if your partner is into the same stuff as you are before taking the risk of broading a kink subject.

We know turning to the internet for more information about stuff can be of help. Unfortunately, Charles Ray is more focused on food right now.