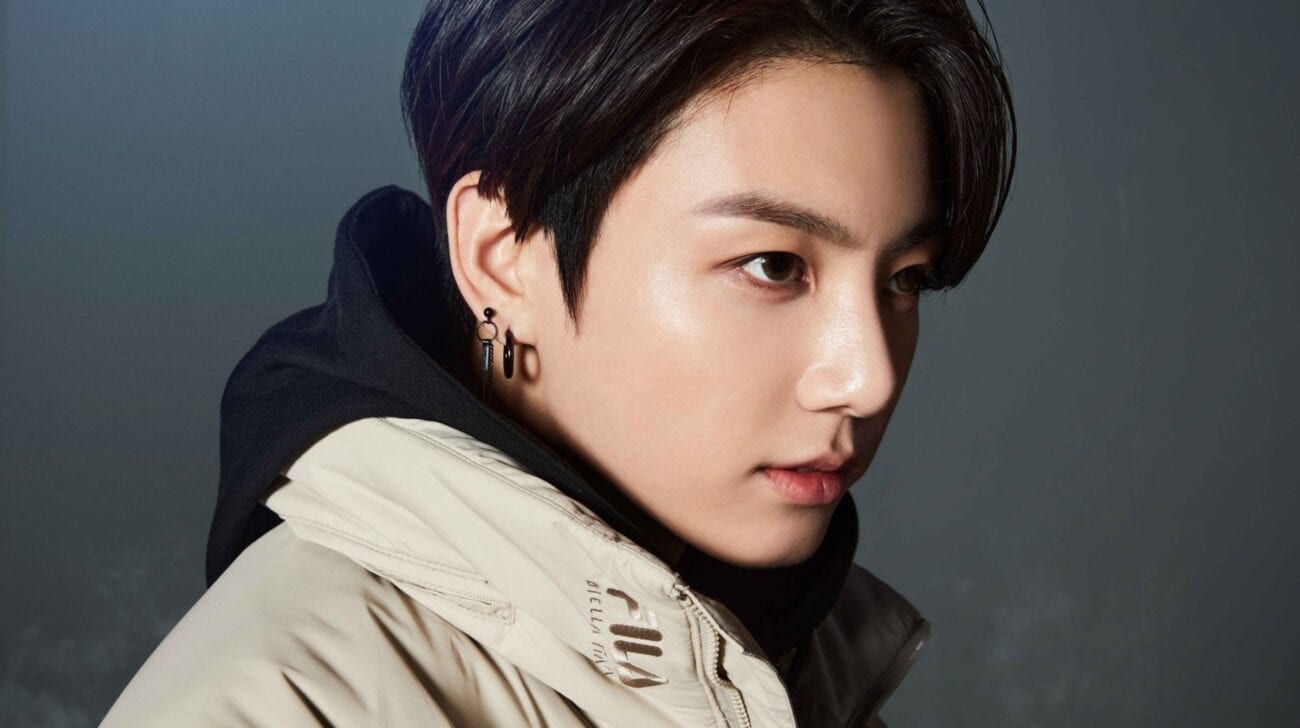 Is the manbun Jungkook’s best style? All of the BTS maknae’s iconic lewks

BTS’s youngest member, Jungkook, has a very laid-back, practical style when it comes to fashion. His wardrobe used to be strictly white t-shirts & Timberland boots. The maknae has broadened his style over the years, yet still keeps it understated.

Though his fashion sense has been a bit. . . predictable. . . his hair hasn’t been! Although he may not experiment with hair as much as the other idols, Jungkook has certainly switched things up. He has gone from red, to bowl cut (not our favorite), to the immaculate man bun that’s been sending ARMY into a frenzy.

Let’s take a look back on some of Jungkook’s past hairstyles. You’ll see why his man bun reigns supreme.

Jungkook was only fifteen years old when they released their debut song “No More Dream” from their first single album 2 Cool 4 Skool. This hairstyle has very messy, emo boy vibes. It fit perfectly with the vibe of the song & music video. Do you think Jin used the bus from the music video to drive Jungkook to high school in the morning? (Burn!)

If Jungkook’s hairstyles were being ranked, this one would come in dead last. The only time bowl cuts were acceptable was in the 90s. . . on toddlers.

In “Boy In Luv”, Jungkook switched it up and dyed his hair red. The cut makes him look a little bit like an excited cockatoo (but hey, birds are cool). 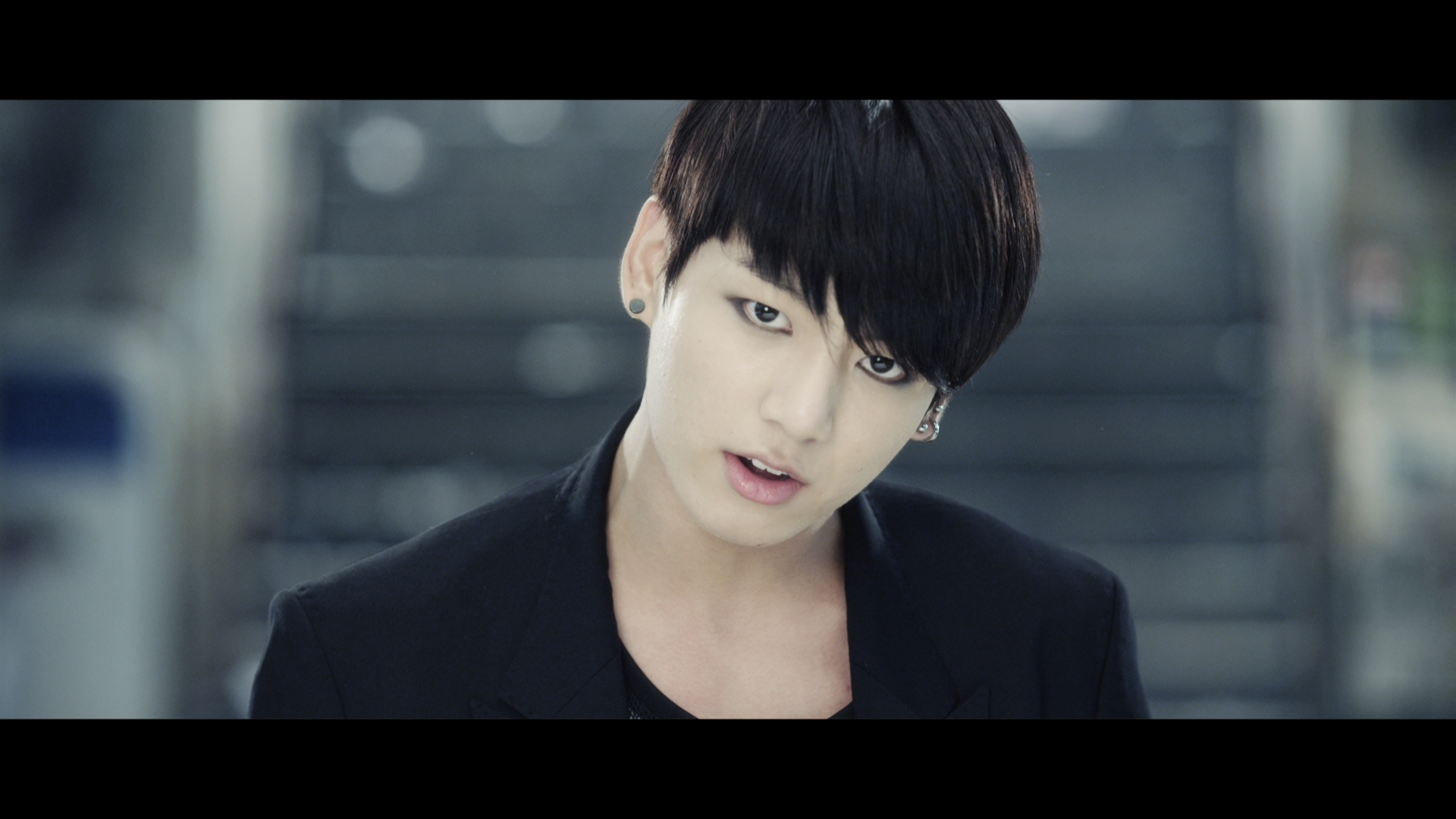 This Jungkook hairstyle was relatively sleek & polished, but at least it had more of an edge than the bowl cut. It wasn’t very dangerous considering this was the look for the “Danger” music video. (He might not have looked dangerous, but he did look precious.) 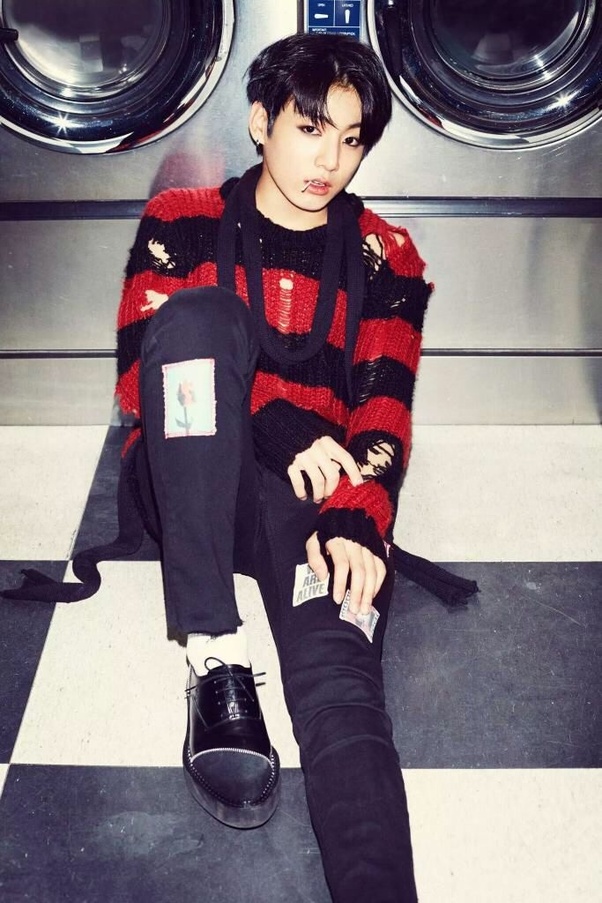 (Excuse us, but is that Jungkook’s forehead we see?) The idol parted his hair in the middle for the “War of Hormone” music video (and had us wondering why it hasn’t been styled this way all along). This hairstyle is difficult to pull-off, but Jungkook more than pulled it off. 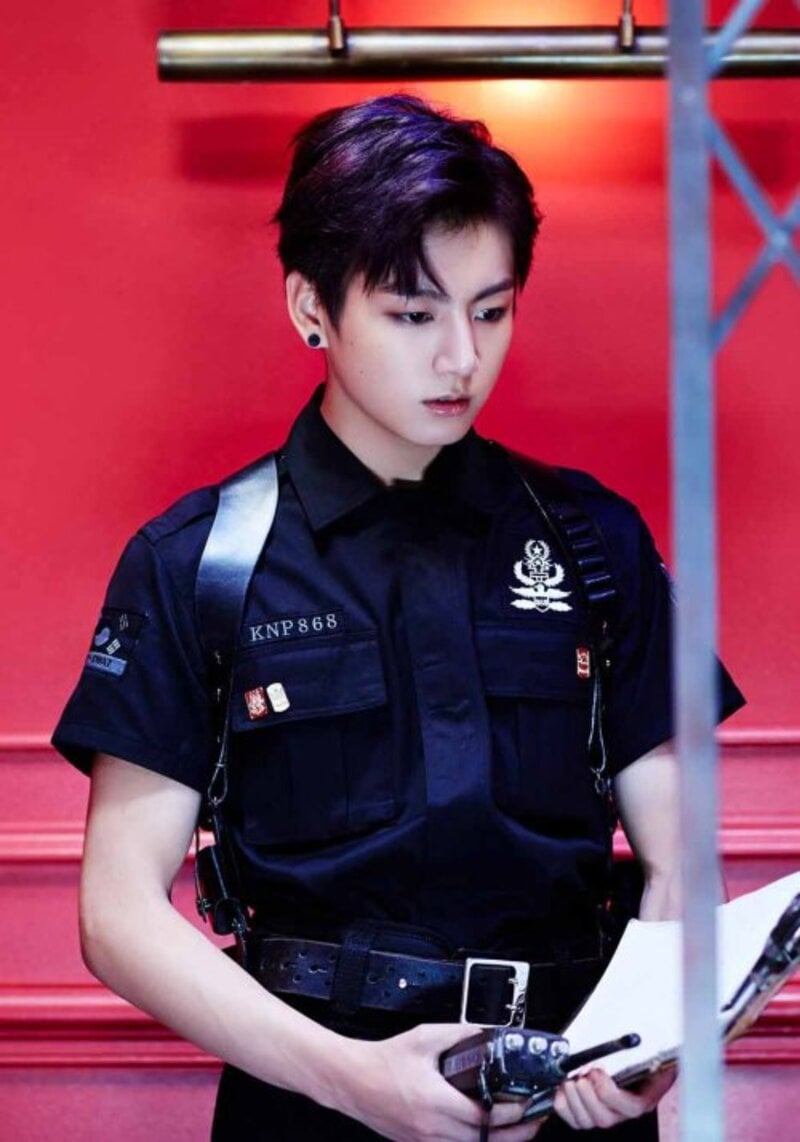 In the music video for “Dope”, Jungkook rocked purple locks. Purple is the color of royalty, so it only makes sense that this king sported this hair color at one point. 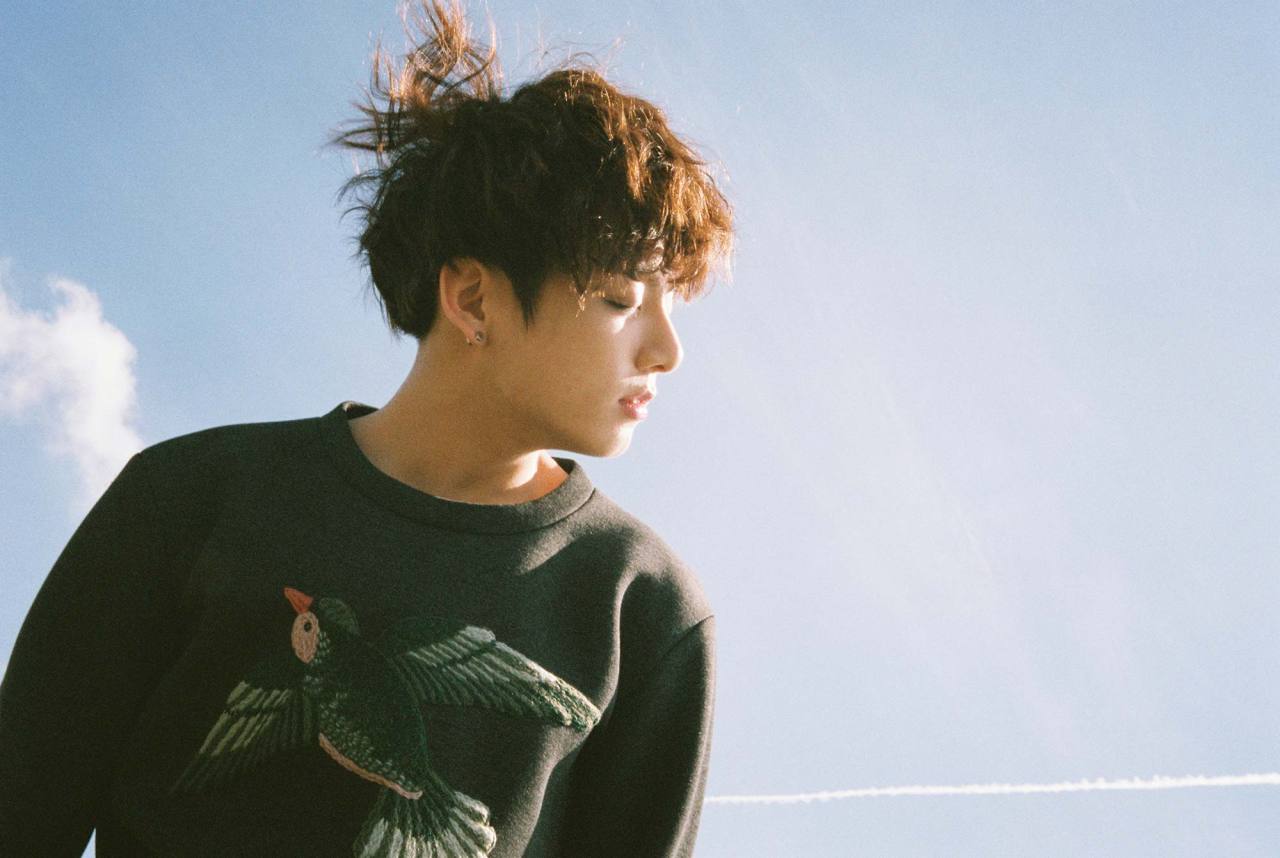 Jungkook went for brown hair and waves in a photoshoot for “Epilogue: Young Forever”. These beachy waves were especially dreamy.  (This Jungkook hairstyle is our second favorite.)

The bowl cut made a comeback. . . unfortunately. Some fans called this look “coconut hair” because the hairstyle resembled a coconut. Not only was the haircut atrocious, but the hair color was an odd reddish-brown.

Black is without a doubt the best hair color on Jungkook. The way it was pushed up and swept to the side. . . swoon. (We don’t have to fake how much we love this hairstyle.) 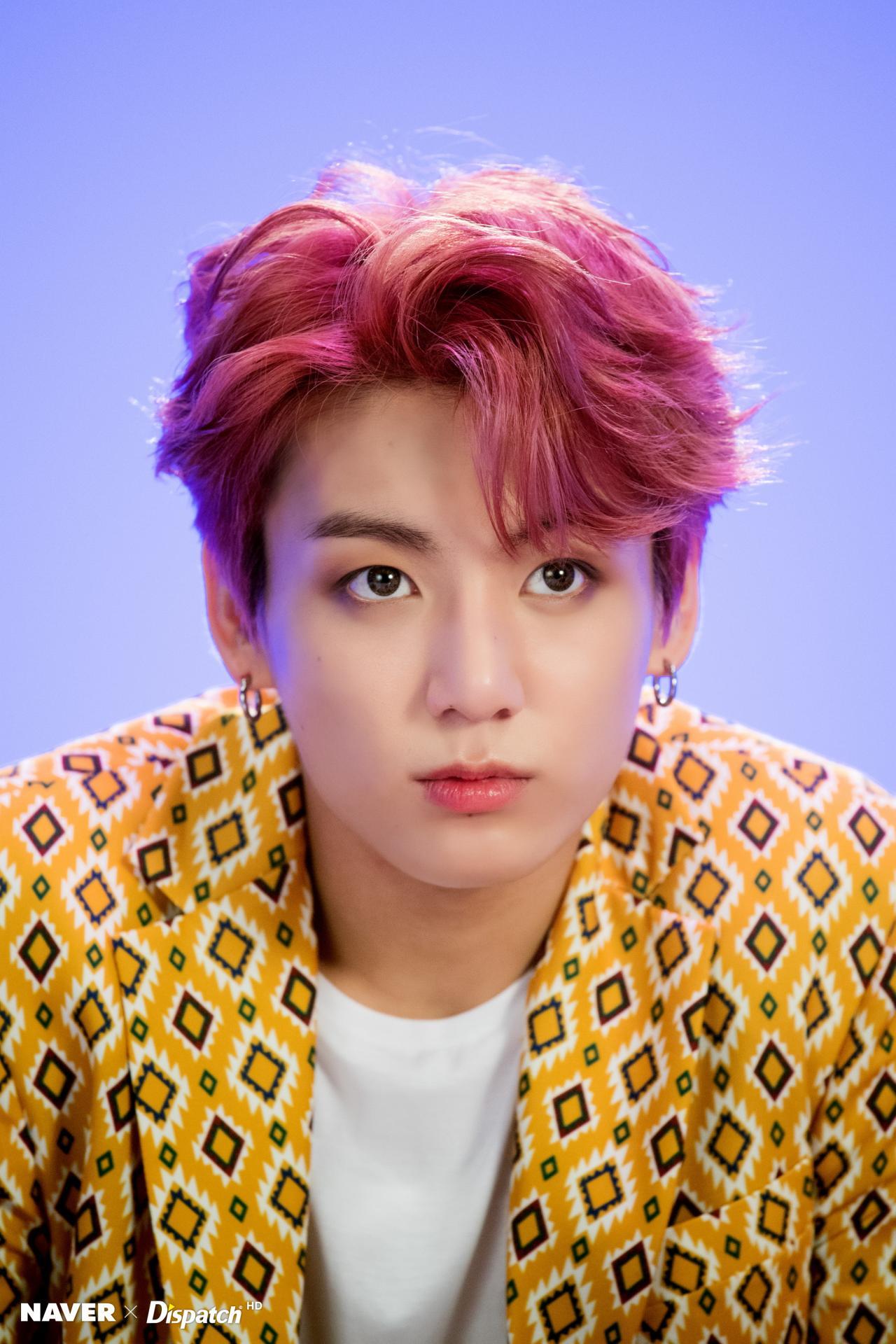 Jungkook looked fetch with pink hair in the music video for “Idol”. This shade of pink is too gorgeous to only be worn on Wednesdays. Jungkook always stands out among the idols, but he especially stood out with this fabulous hair color. 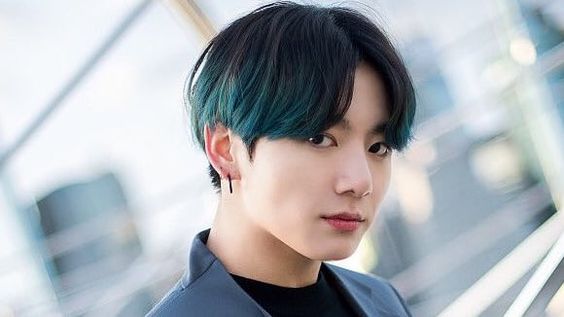 (Jungkook’s blue highlights had us feeling the opposite of blue.) The two-toned hair was positively striking. It was bold, yet subtle. 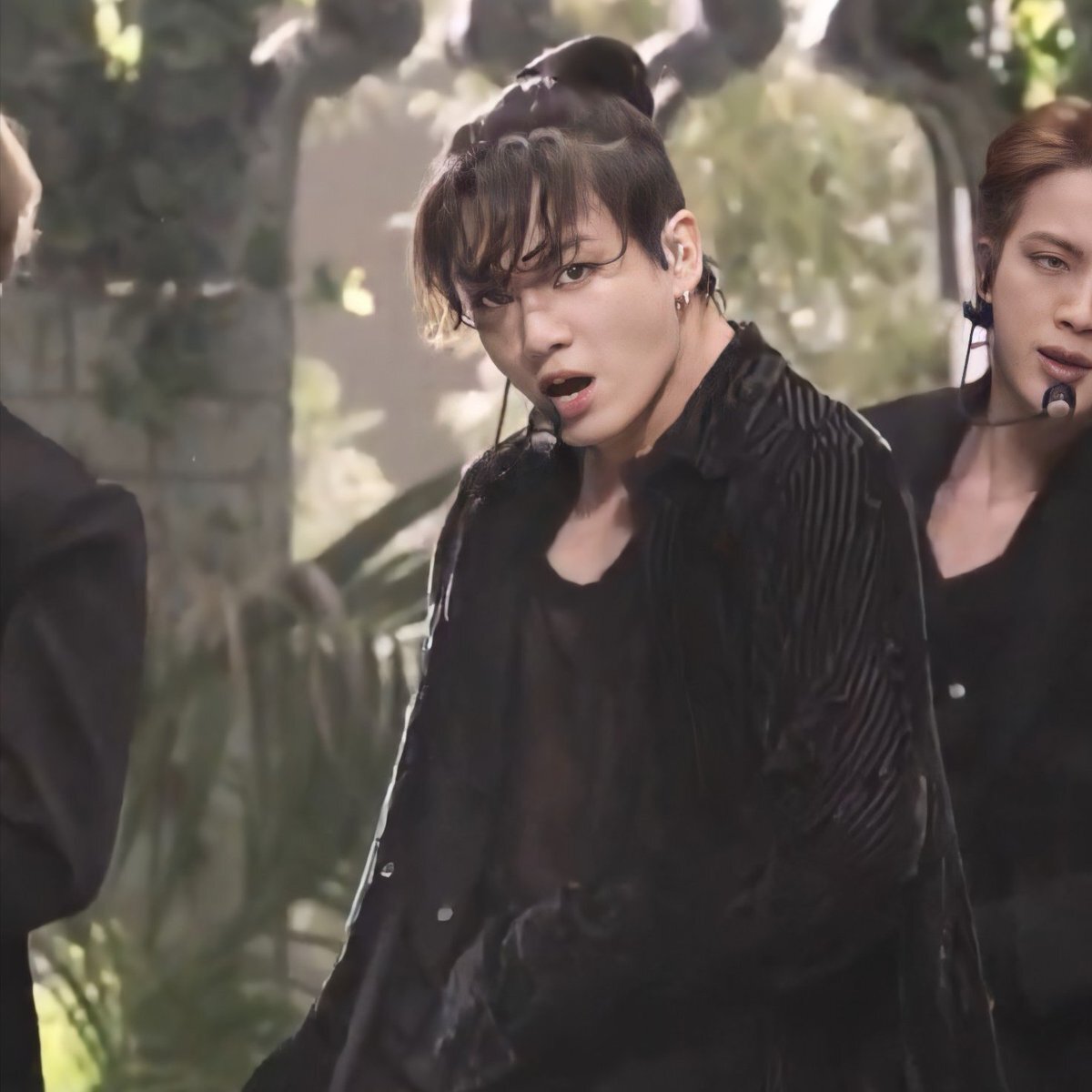 The time has come for the superior Jungkook hairstyle, the man bun. The ARMY went wild after Jungkook started to grow his hair out. Once fans noticed the K-pop star pulled part of his hair back into a little bun, it was game over. The man bun caused Jungkook to be the number one trending topic that week on Twitter – worldwide and in the U.S.

There are countless hairstyle options for the maknae (but this one will always have a special place in our heart.) What are your favorite Jungkook hairstyles? Why is it the man bun?