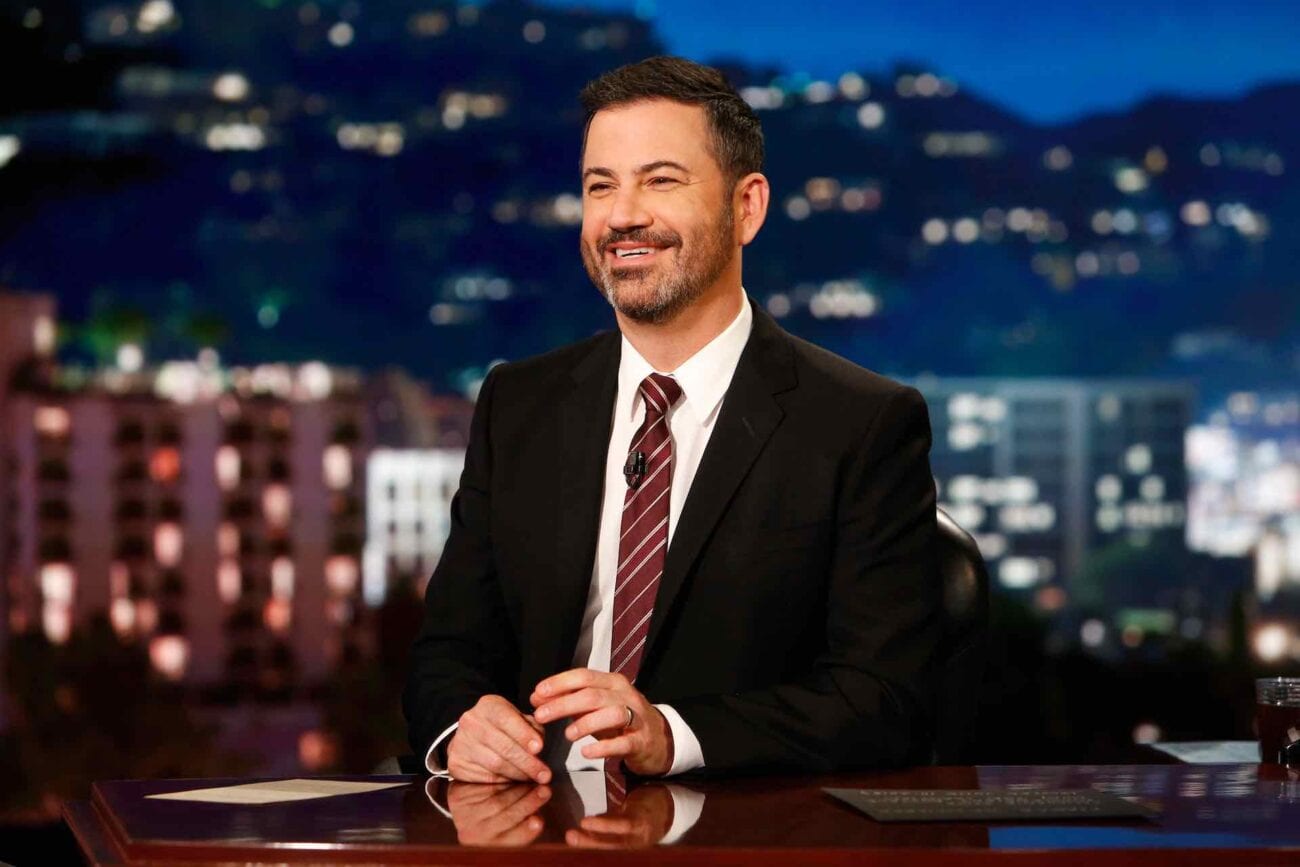 Want to cancel ‘Jimmy Kimmel’? Here are the celebs he embarrassed

Jimmy Kimmel has been under fire as of late for things he did in his early career, including blackface. Some are ready to cancel him for his past transgressions, and others just hate his interviewing style & are jumping on board the cancelation boat so they don’t get Jimmy Kimmel YouTube clips suggested to them anymore. Either way the late night host’s popularity is plummeting.

These days late night hosts seem to all be the same: loud, attention seekers, borrowers of internet fads, and apparently above all they must have a variation of the name James. (Don’t believe me? Jimmy Fallon, Jimmy Kimmel, James Corden, and John Oliver are my proof.) It leads to an endless slew of rather uncomfortable interview moments.

So, if you’re looking for more reasons to cancel Jimmy Kimmel, or you’ve always disliked him and need something to send people as an explanation, here is a compilation of truly embarrassing and awkward interview moments on Jimmy Kimmel Live! 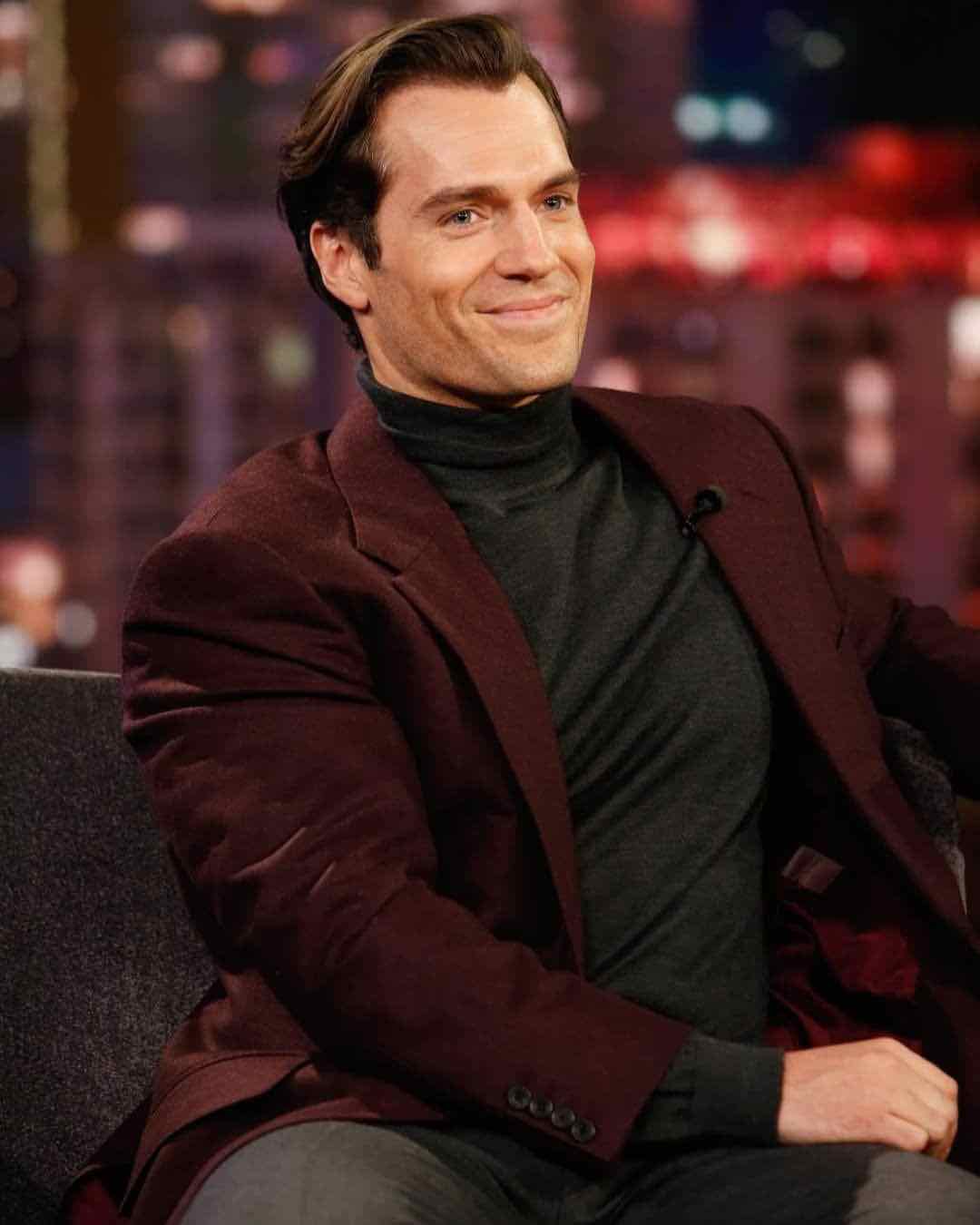 In 2019 Henry Cavill was doing the rounds for The Witcher’s press tour, and one of his stops was Jimmy Kimmel’s show. Although Cavill is absolutely nothing but charming during the nearly ten minute video clip Kimmel seems to try and bash Cavill at any possible moment. Whether he’s trying to be funny, or is awful at hiding some kind of jealousy it’s a bad look.

The interview starts with Kimmel saying that Cavill looks like a child wearing foam Halloween muscles – which could be an attempted compliment, but it sounds more like he’s saying “you look weird”. Later Kimmel literally does say Cavill is weird when asking the actor about his favorite American football team. While Henry Cavill seems to take the various comments fairly well, he doesn’t stop himself from making various less than pleased facial expressions.

The host also seems to frequently cut-off Henry Cavill, who is trying to answer questions, which makes the whole conversation feel wildly one sided. The point of an interview show is to showcase the guests, not to shine a spotlight on the host – something many late night hosts, and not just Kimmel, could stand to learn. 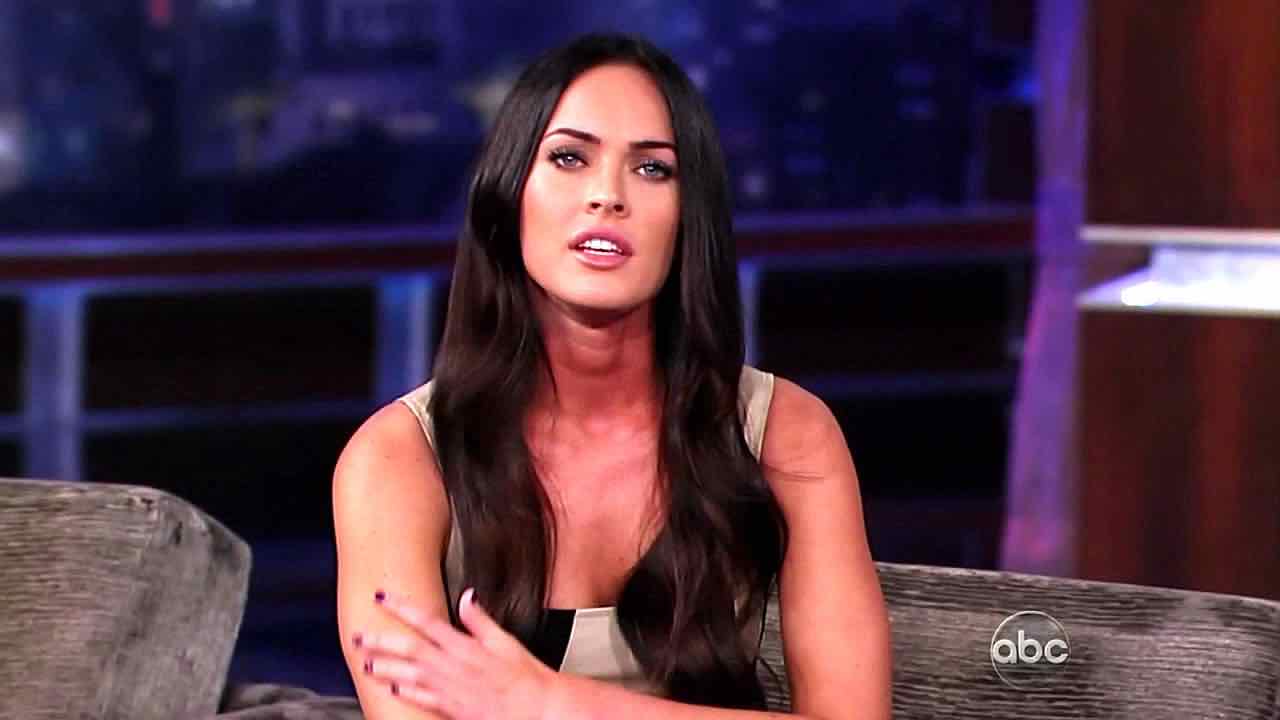 In 2009 Megan Fox was a guest on Jimmy Kimmel’s show to promote Transformers. He awkwardly seems to pass a “you’re not like other girls” like to Fox, which she seems uncomfortable with and doesn’t actually accept. Instead she nods awkwardly waiting for him to keep speaking.

After this the interview goes pretty well for the most part and even showcases a hidden talent of Fox’s – drawing. That is until Kimmel produces “his own” drawing where he’s on top of Fox in bed jamming his tongue into her mouth. Fox takes this incredibly well, however, seemingly not even batting an eye.

It wasn’t until nearly the end of the interview where Megan Fox seems to become uncomfortable again when she describes how a director sexualized her on set as a fifteen-year-old and Kimmel, instead of condemning the acts which Fox seems to have an issue with, laughs and seems to not be in agreement with the director, not Fox. 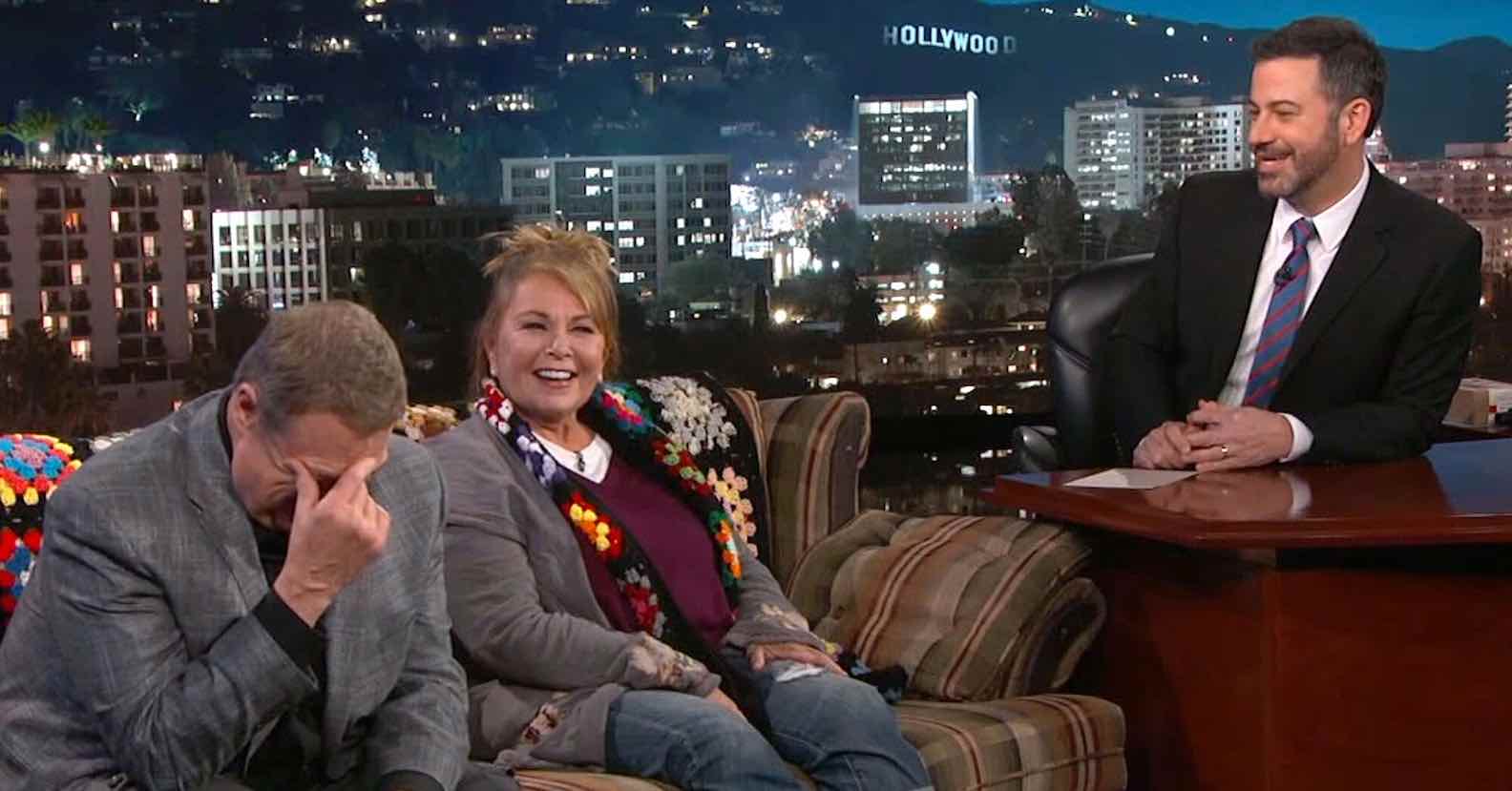 When the show Roseanne was set to come back to ABC Roseanne Barr and John Goodman attended an interview on Jimmy Kimmel Live! While most people are likely prepared for silly surface level interviews, Kimmel decided to interrogate Barr on her political views. Mind you, this was before the internet and ABC canceled her.

He asks Barr about her character supporting Trump, and then about her own political beliefs. He then continues his line of questioning where he asks her “weren’t you good friends with Hillary Clinton?” Barr looks incredibly uncomfortable at this point. As comedians the two actors are able to laugh it off, however when he continues to ask the actress more questions she looks at Goodman and says, “why is he asking me this?”

Regardless of Barr’s questionable political stances, as an entertainment interview show, blindsiding his guests with hardcore political questions is a bit unfair and out of place. His barrage of questions seems to upset her as he continues as doesn’t back down. 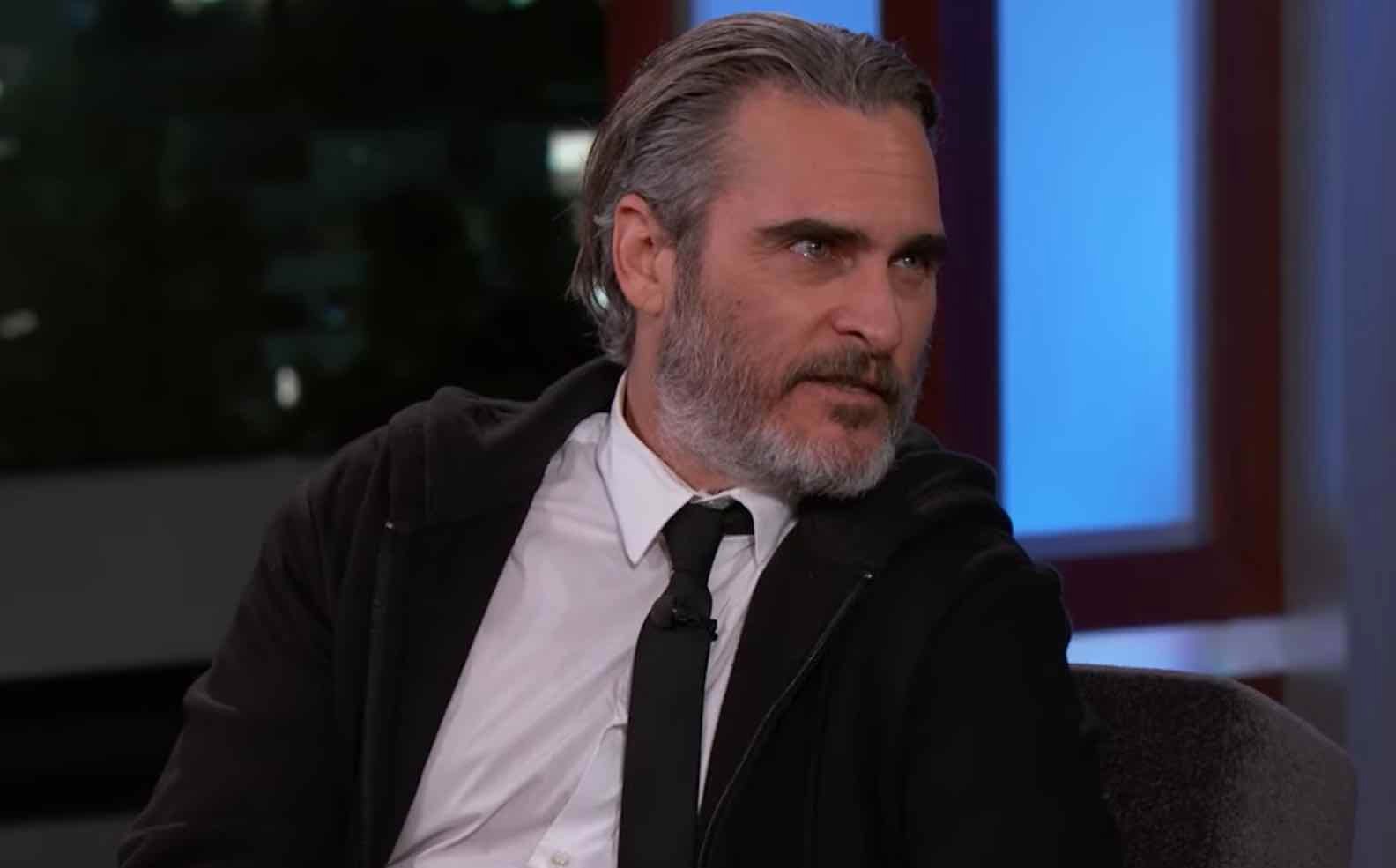 Possibly the most reprehensible moment we came across, in 2019 Phoenix was promotion The Joker. The interview with Kimmel was going fairly well until the very end. Kimmel somehow got his hands on footage from the set of The Joker which was between takes.

Phoenix was frustrated in the clip and swearing profusely. It seems like the actor was taking his work very seriously, but was having trouble with something. Phoenix was unaware Kimmel had the clip, let alone that it would be played on national television.

Afterwards, Phoenix looks mortified. A private moment when he was struggling with his job was just aired in front of a live audience. He tries to explain the clip saying how sets can get heated and Kimmel is laughing. Meanwhile Joaquin Phoenix looks as if he’s ready to bolt off the set the first chance he gets.