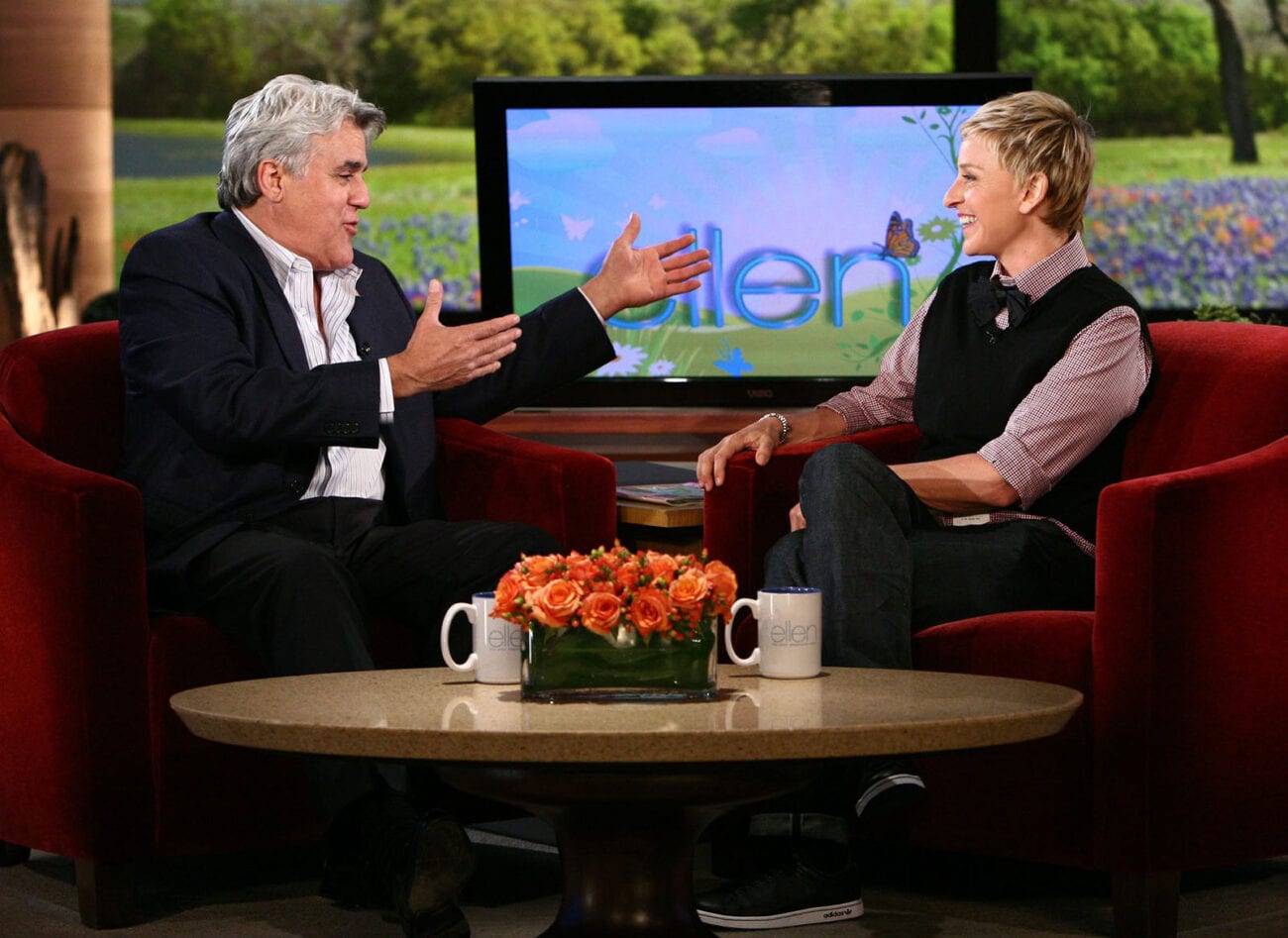 Jay Leno came to the defense of daytime talk show host Ellen Degeneres amid allegations of employee mistreatment and a toxic workplace culture at The Ellen DeGeneres Show. The TV host extended a message to DeGeneres on Twitter on Tuesday, writing that she has always been “a kind and decent person”.

“I don’t discard a 40-year friendship on hearsay,” tweeted Leno, “The Ellen I know has raised over $125 million dollars for charity and has always been a kind and decent person. I fully support her. Jay Leno.” On multiple occasions during his Tonight Show stint in the ’90s, Leno had DeGeneres on as a guest. Leno later went on to appear on her daytime talk show. 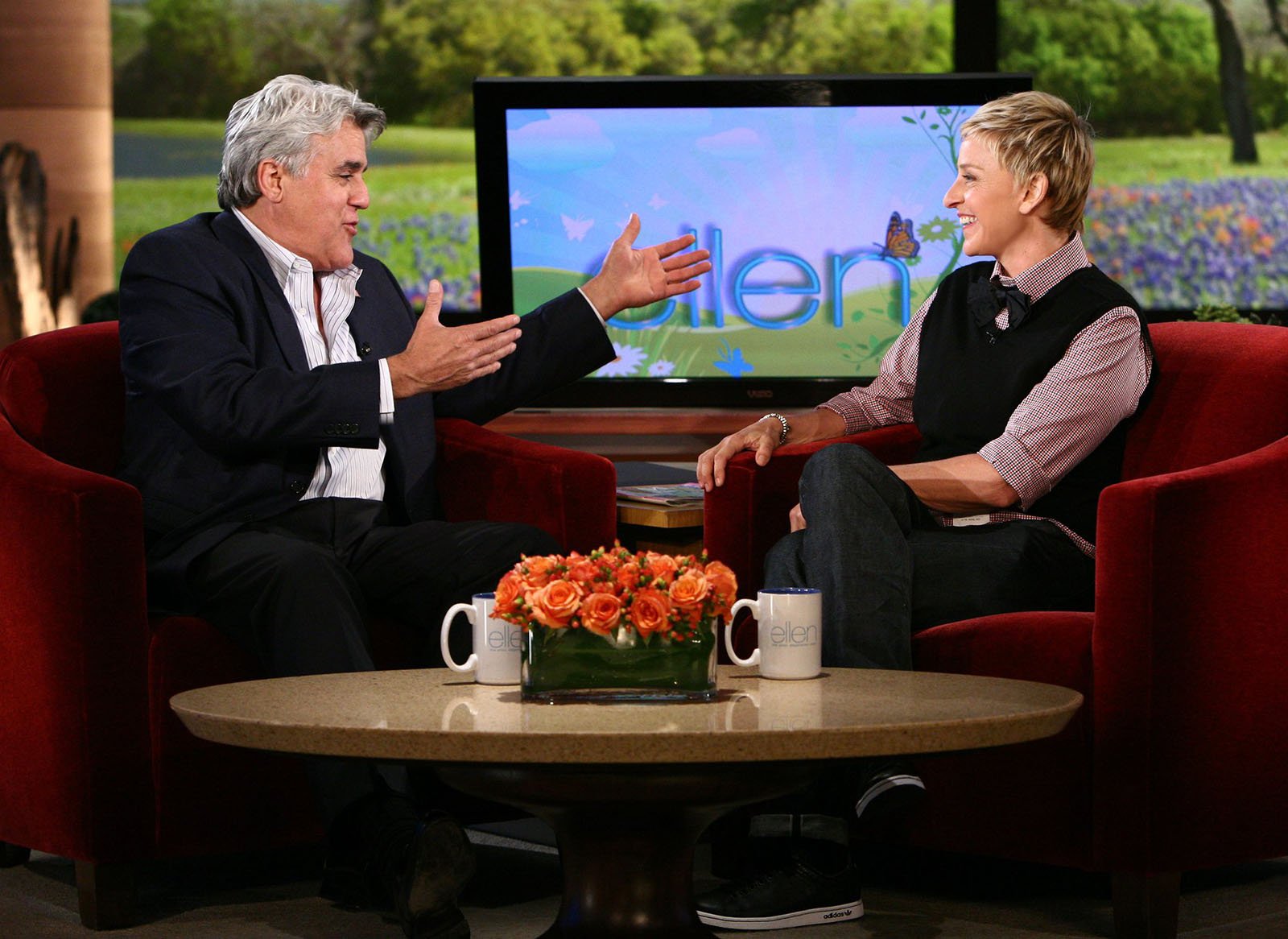 Fabric of the times

The Tonight Show with Jay Leno was a cultural institution. It was a staple of its era. Its success was, like so much late night programming, something we had to accept as an unpleasant but immutable fact of life akin to knowing our loved ones will inevitably grow old and die or that Saturday Night Live will always get renewed for another season.

The Tonight Show with Jay Leno wormed its way into the fabric of ‘90s and ‘00s society to such an extent that even the movies created during its run were forced to acknowledge it – often, as Buck LePard shows in a humorous video compilation, as a reflection of their characters’ public downfall. 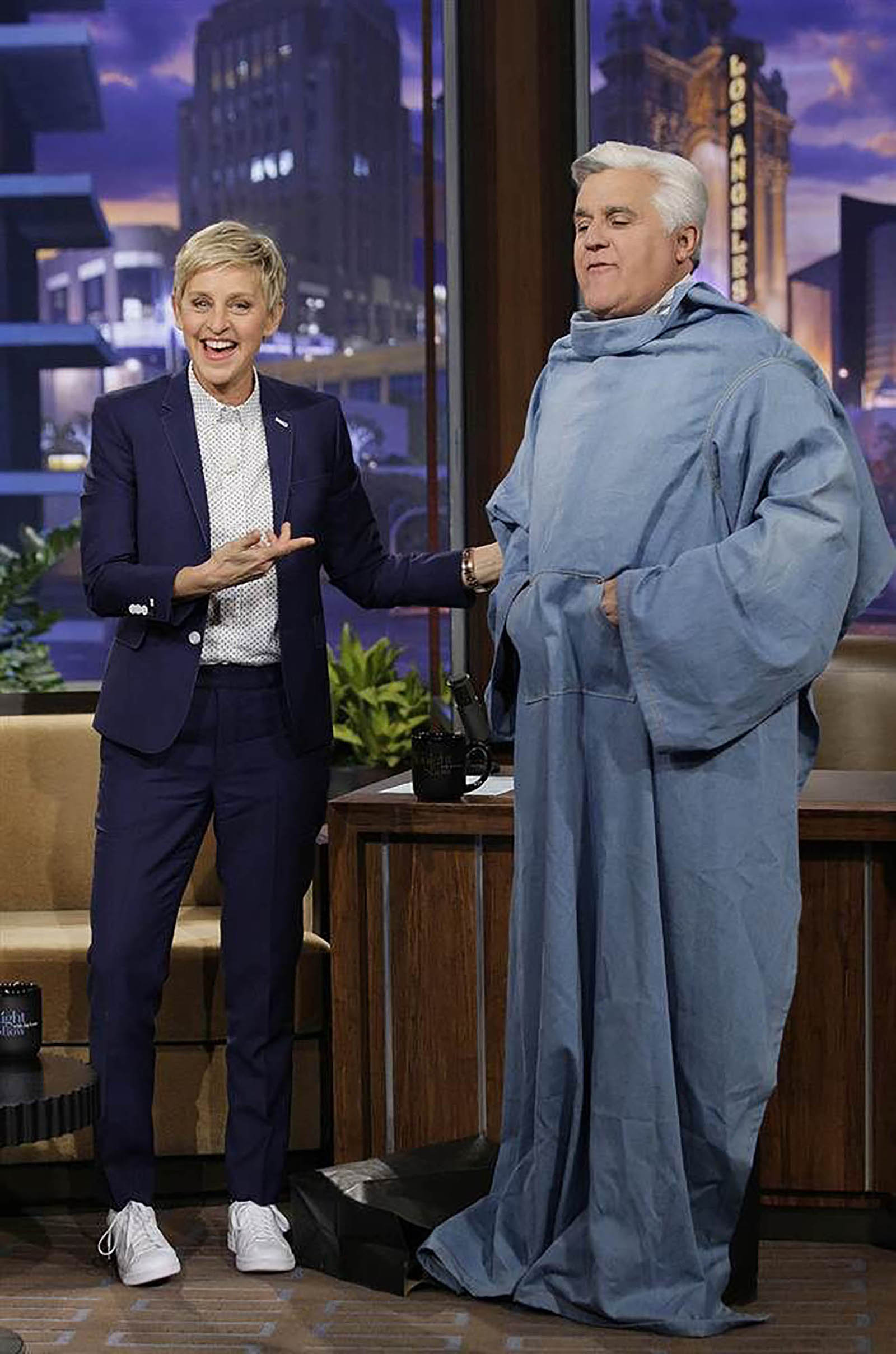 LePard cut together a video that shows a variety of characters frustrated or sad to see their lives rendered down into shaky-headed, unfunny monologues. We see First Daughter’s Katie Holmes turning off her TV in anger after Leno reels off a hilarious bit about her buying her clothes at Goodwill.

Kevin Kline from Dave hearing the host joke about his suddenly upbeat personality with the inspired line, “This guy been having too many Happy Meals for lunch, or what?” Robert De Niro looks unamused at a monologue joke about him in 1997’s Wag The Dog, John Travolta sighs in disbelief at Leno in the same year’s Mad City, and Bernie Mac switches off the show in disgust after he’s made fun of for being old in 2004’s Mr. 3000. 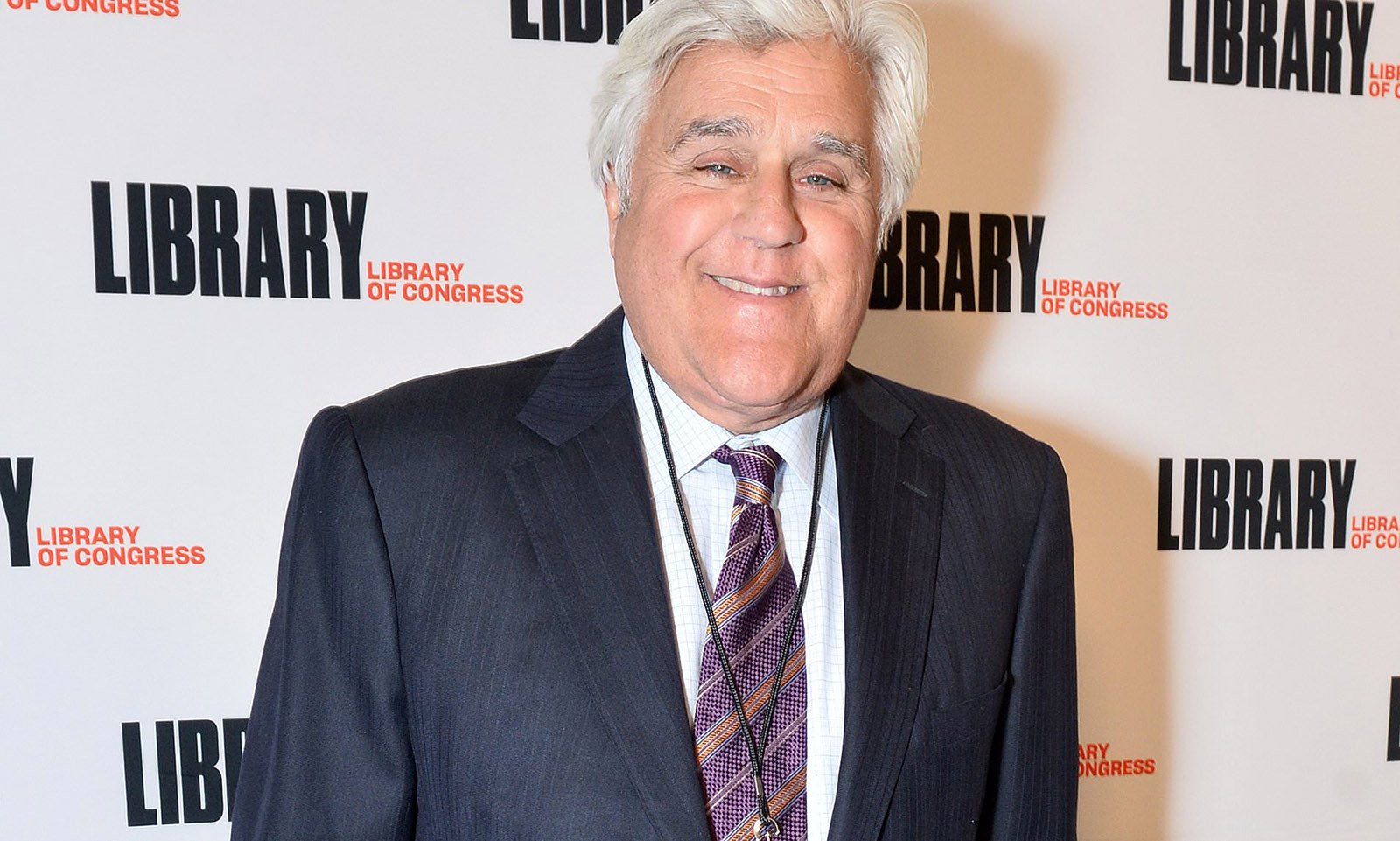 “That’s not funny,” Billy Bob Thornton said, speaking for everyone in fictional worlds and the real one alike, after his character from The Astronaut Farmer is referenced by Leno. “This is unbearable,” The Birdcage’s Gene Hackman adds in a later clip, summing everything up.

LePard saw these examples as a good way to really drive home the fact that a movie’s characters are “at a low point”. 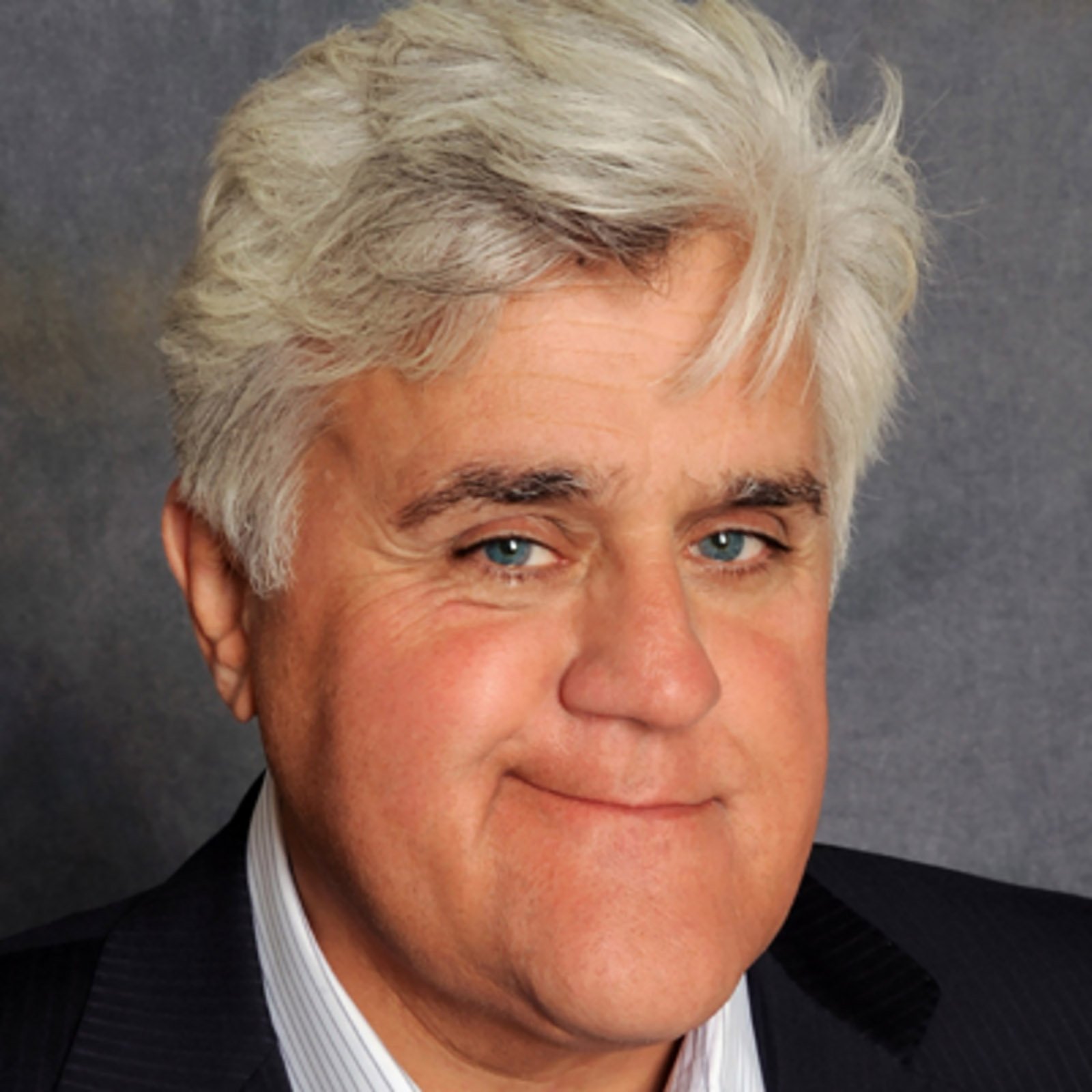 Made rich by his TV and standup comedy career, according to Money, Jay Leno had a net worth of $450 million in 2018. During his time as host of The Tonight Show, Leno earned $320 million in salary, before taxes.

Leno famously still performs dozens of standup shows throughout the year and reportedly only ever lived off this money, while banking his NBC salary checks. Leno owns an extremely valuable car collection. The value of his 300+ vehicle stable is, at minimum, $100 million.

Jay Leno is also known for saving his hard-earned cash. In 2019 according to Earn the Necklace, Jay Leno’s net worth was $400 million as of 2019. Leno has earned a reputation of being a shrewd saver, which has no doubt contributed to his financial success. According to Wealthy Persons, his massive 2020 net worth of $450 million stands as proof for that.