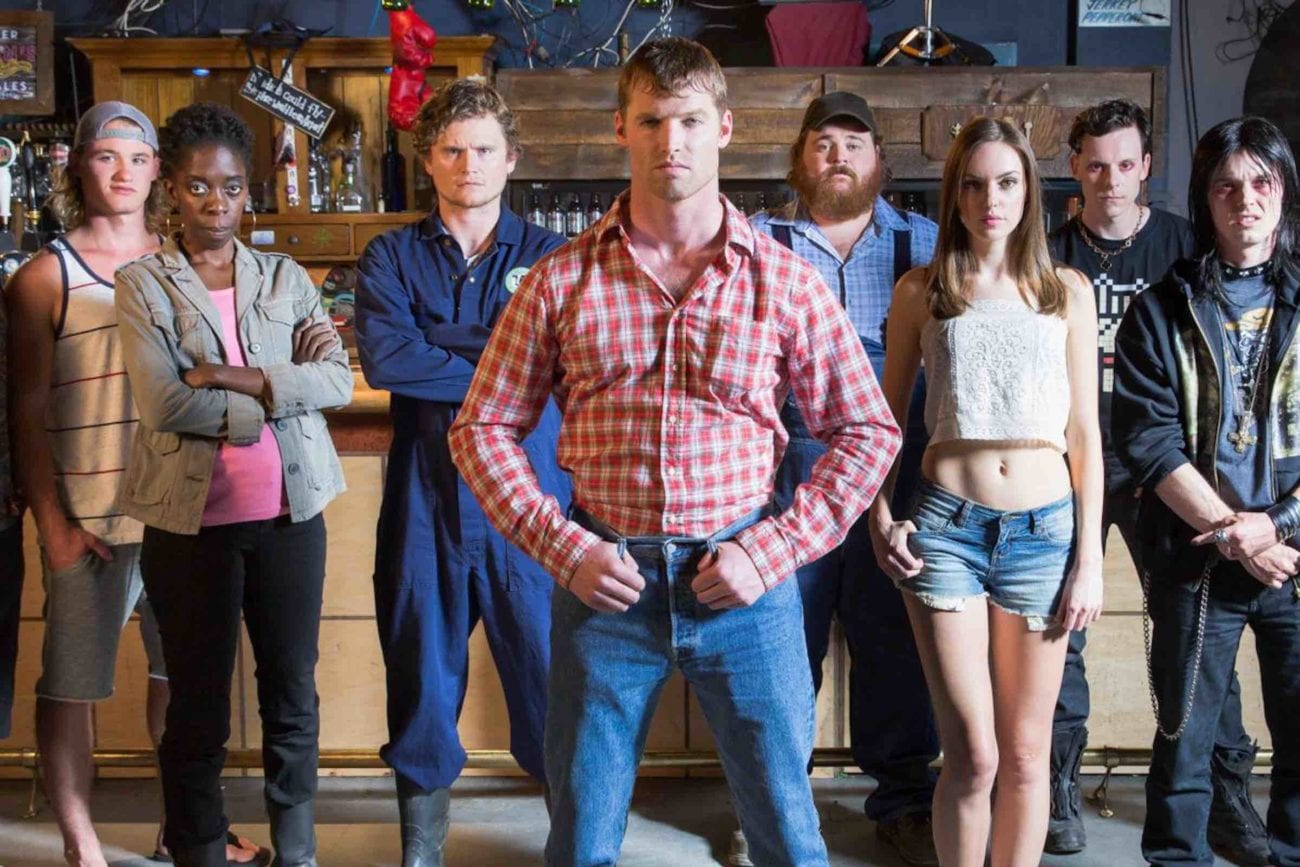 Have you ever heard of the Canadian comedy Letterkenny? Because, if not, then where have you been? Letterkenny takes place in small-town Canada full of hicks, skids, hockey players, and a variety of colorful characters. Think more likable characters than It’s Always Sunny In Philadelphia, the show is essentially about nothing, but the population is a joy to watch rather than the worst people you know.

While Letterkenny has remained big in Canada, it’s status is very much a sleeper hit in other parts of the world. Its a shame because Letterkenny is one of the most hilarious out there right now. With eight seasons (usually going from six to eight episodes each so easy to knock out), Letterkenny could be the next Schitt’s Creek, so to speak. Here’s why you should head over to Hulu to check it out. 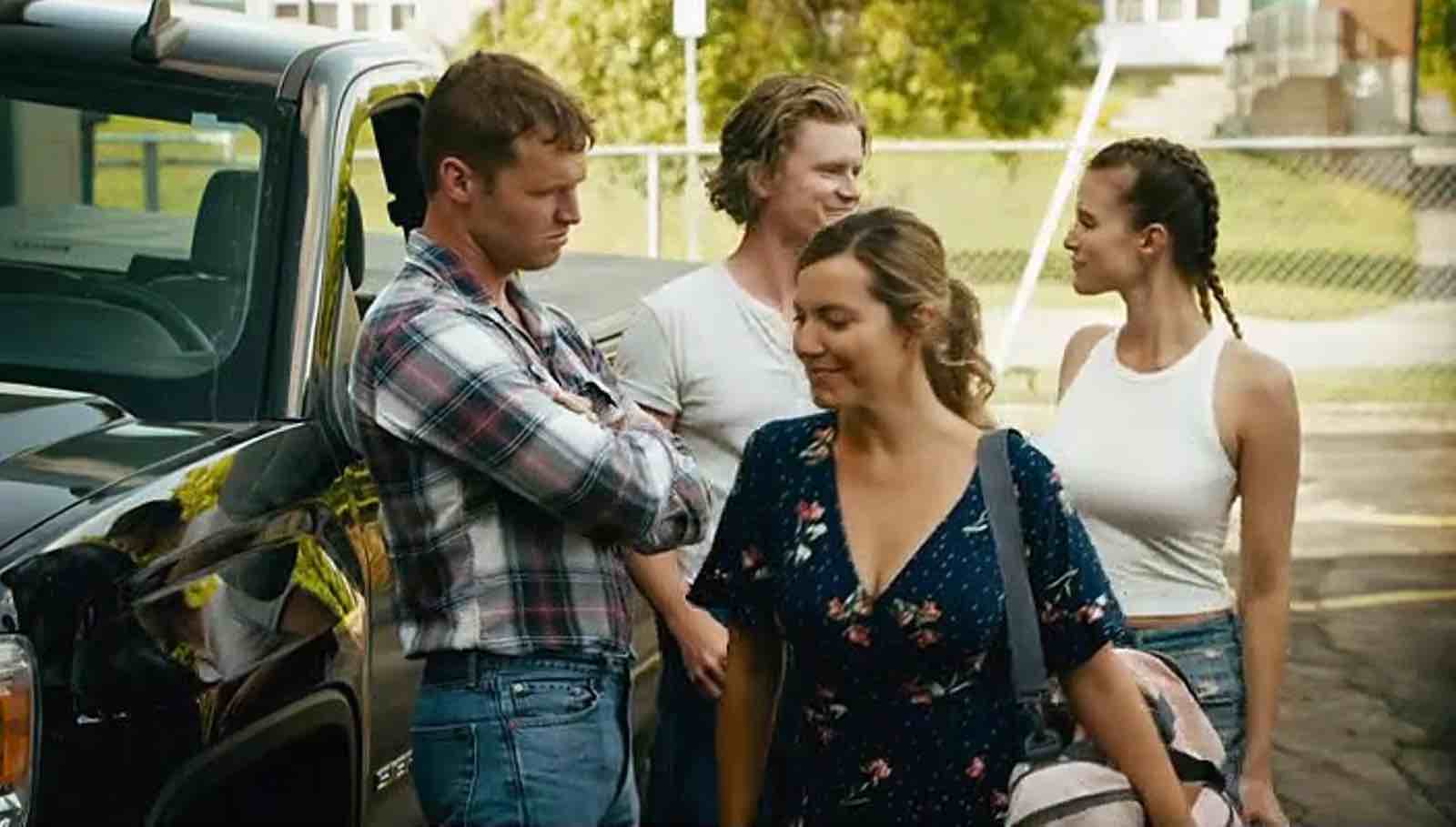 Like Seinfeld or It’s Always Sunny, we can’t say that Letterkenny is essentially about anything. It’s a group of people in a small town that get into a variety of mishaps, but there’s rarely a serialized element. It’s all character work and random situations. There are three main groups that we follow in the series. 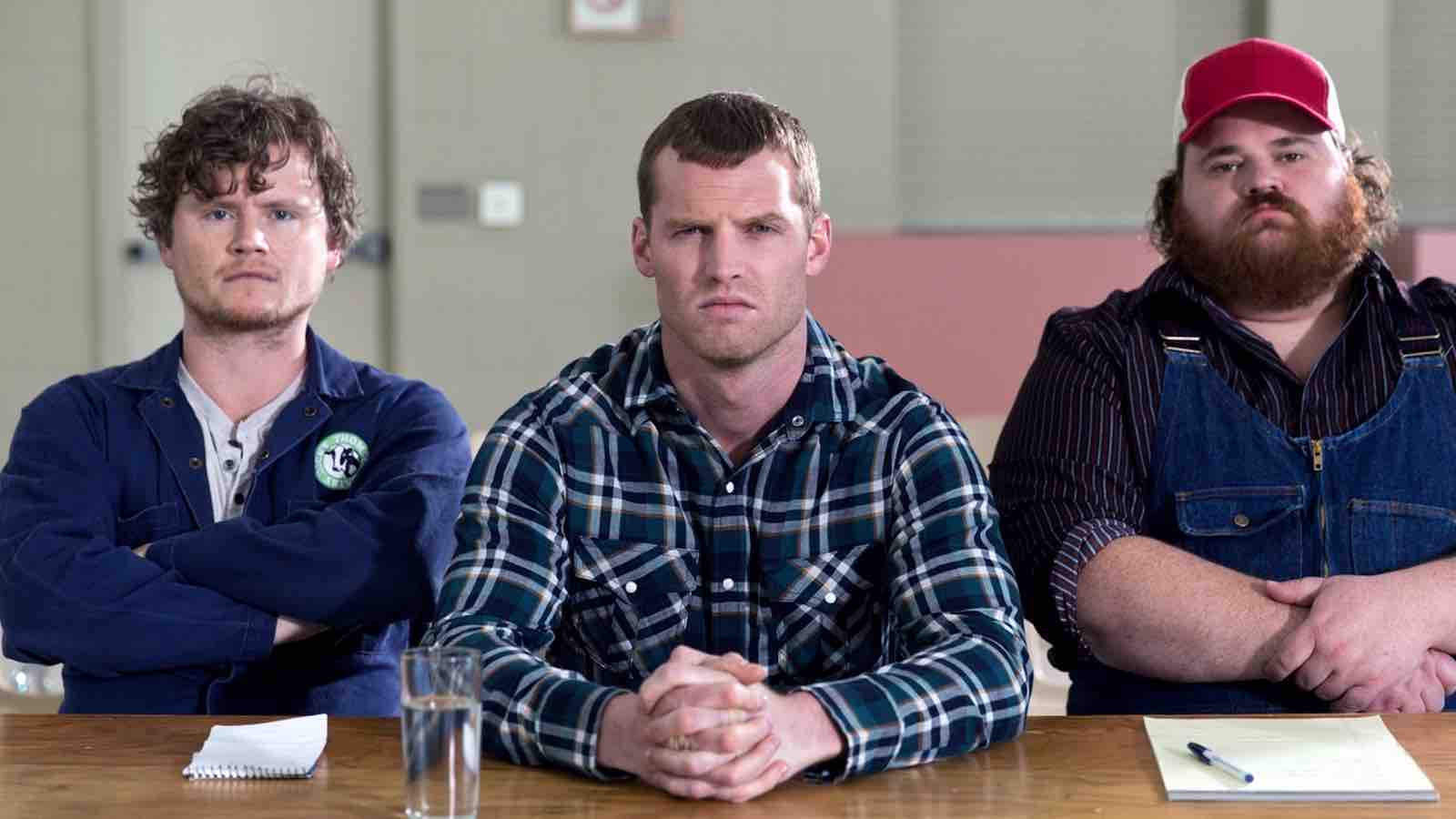 The Hicks: Arguably, the hicks are the main characters of the series. We have Wayne (Jared Keeso), his little sister Katy (Michelle Mylett), his best pal Darryl (Nathan Dales), and other best pal Squrirelly Dan (K. Trevor Wilson). Together, they all run a farm and produce stand. The hicks usually play straight men (and women) to the eccentricities of the town members. Of course, they also have their own humor, swapping old stories and discussing the best way to cook a steak.

The hicks also work to keep Wayne’s title as the “Toughest Guy in Letterkenny” strong. Wayne is an awesome fighter, usually taking out foes with one punch.

Hockey Players: Reilly (Dylan Playfair) and Jonesy (Andrew Herr) are two hockey bros who play for the various leagues in Letterkenny. They’ve got about as much common sense as God gave grass, which makes them prime targets for verbal takedowns. Through them, we see the other Letterkenny teams such as the Irish, Shamrocks, and the Shamrockettes. While they are horrible spellers, the duo is actually good at hockey. At least when another hockey player Shoresey (Jared Keeso) isn’t getting into their heads by talking about sleeping with their moms. 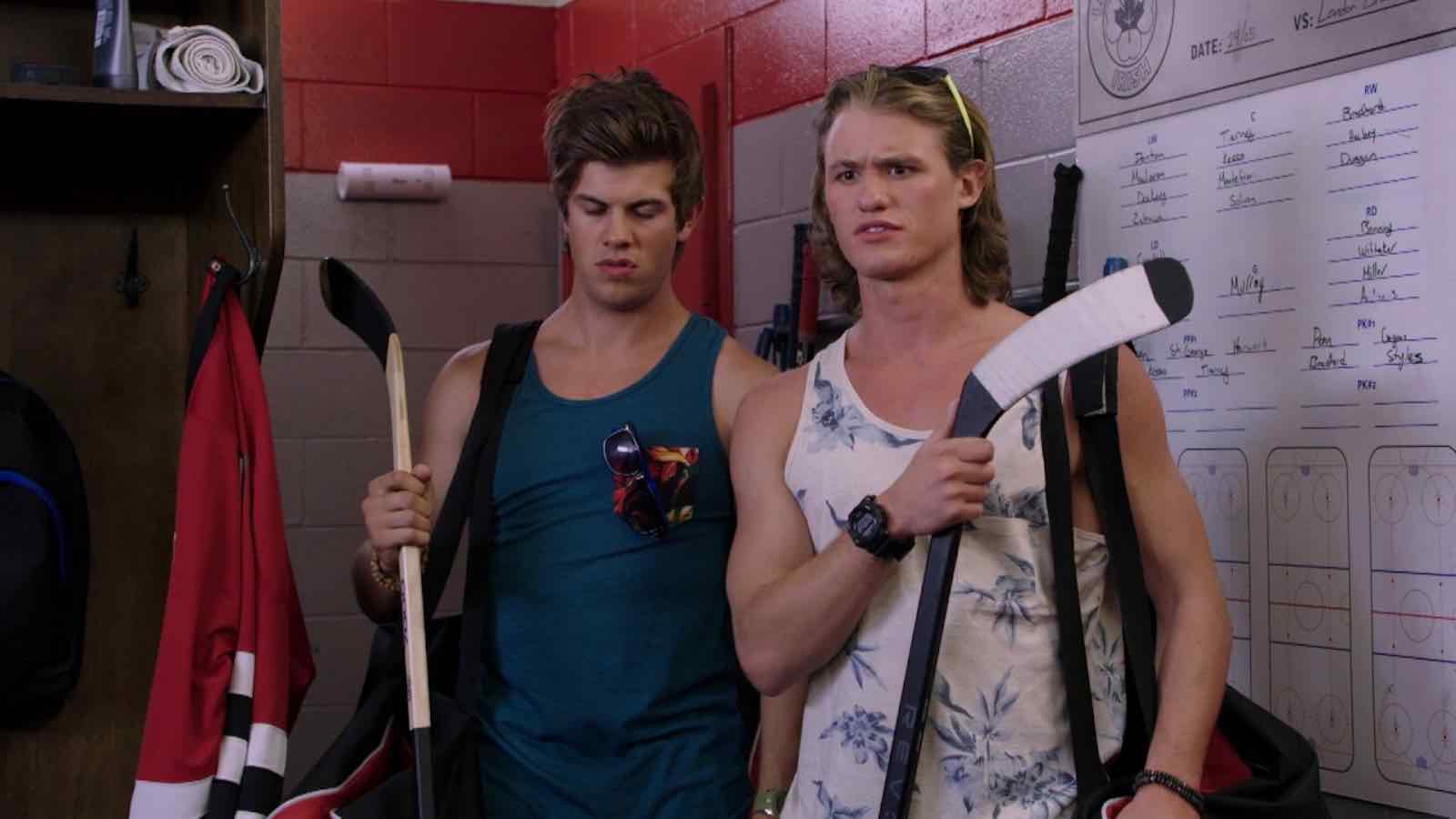 The Skids: Led by Stewart (Tyler Johnston), the skids comprise of, well, the local drug addicts and dealers. In addition to their love of drugs, the skids also dance a lot, hang out, and come up with a variety of schemes over the years.

Everyone else: Everyone else that populates the small town of Letterkenny, repressed minister Glen (Jacob Tierney), super sexual Gail (Lisa Cordigton), and the McMurray’s (Dan Petronijevic, Melanie Scrofano) all have their own weirdness and idiosyncrasies for the others to react against.

Outside of Letterkenny is “the rez”, the local reservation for the indigenous people in the area. The antagonists of the first season, they have since grown friendly with the hicks. Leader of the rez, Tanis (Kaniehtiio Horn) has a particular fondness for Wayne. 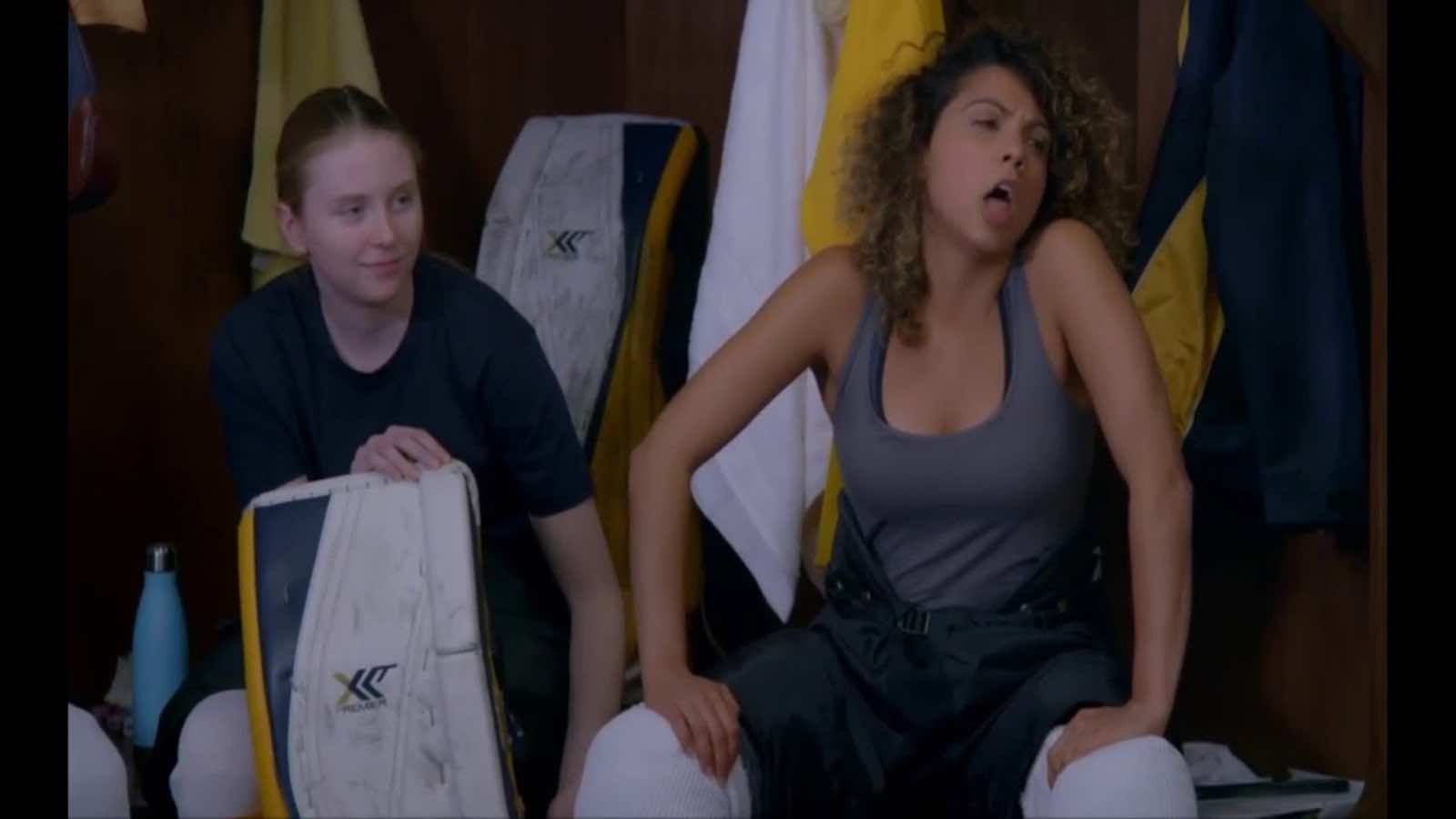 What makes Letterkenny so funny?

Most of the humor of the series comes from these disparate characters interacting with each other. One episode focuses on the hicks throwing Daryl a “super soft birthday party”, which is a yearly tradition since Daryl was a kid. Another episode is a Shark Tank rip-off when Katy and Wayne come into money. A personal favorite is the Letterkenny Adult Spelling Bee and how intense people get over it. Local traditions mixed with the odd characterizations make each Letterkenny episode feel both familiar and exciting.

Honestly, you should watch Letterkenny for the sharp, snappy dialogue. Every episode is full to the top of turns of phrase, wordplay, and verbal variations. Keeso and Tierney, who wrote the majority of the episodes are masters of verbal comedy. Letterkenny is a show where the dialogue really shines without feeling too highbrow.

The best example of this is the “Super Cold Open” from season three where, going through the alphabet, Wayne and Daryl get alliterative overwinters in Canada. As Wayne puts it, “It’s fucking freezing, it’s freaking frigid, you’re fit for flu in February without fleece, flannel, full-fledged furnace or fire.” 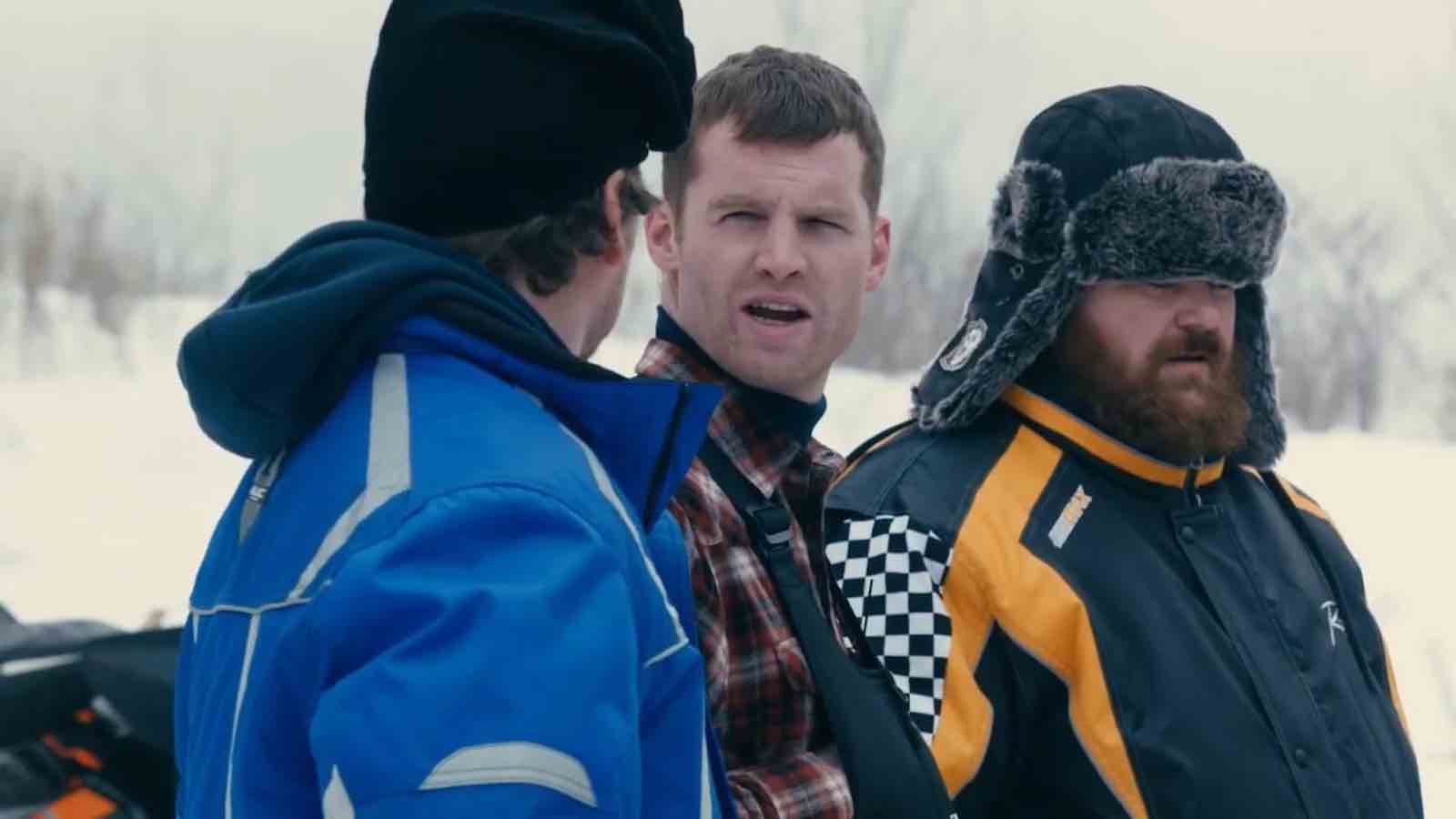 Why should I watch Letterkenny?

Letterkenny is a great “dirtbag” sort of comedy. While there are episodes like creating Fartbook (a Facebook for farts) that may turn some off, the show, on the whole, is full of great innuendo, fun characters, and a world that feels genuine to the rural experience. For the most part, these are people that you would know if you grew up in a small town in the middle of nowhere.

Not only that, but with darling Schitt’s Creek taking its final bow, Letterkenny is a great antidote to that. There are awesome female characters, great LGBT+ and polyamorous representation (Katy is bisexual and has been in a poly relationship), and has some messages that remain true. (Don’t holler at girls. When a man asks for help, you give it.)

Letterkenny is a show in its own class, deserving of a watch should you have a Hulu subscription. Season eight went up at the end of Dec. 2019, so now’s the perfect time to get up to date for whenever season nine comes out.