The trailer for Elijah Bynum’s Hot Summer Nights teases the film as being similar to Martin Scorsese’s Goodfellas and Paul Thomas Anderson’s Boogie Nights, as a fast-paced, drug-fuelled drama. The influence of both directors on the film is crystal clear from the two-minute trailer. Just like how Anderson emerged in the mid-90s with his Scorsese and Altman influenced style, it seems Bynum was influenced in much the same way by Anderson and Scorsese.

Over Beck’s “I’m So Free”, a character named Hunter pulls up in a red sports car before entering the store where our protagonist – Timothée Chalamet’s Daniel – is working. Hunter hands Daniel a bag of weed, telling him to hide it. A police officer then pulls up alongside Hunter’s red sports car and enters the store looking suspicious. This whole sequence feels like something right out of the paranoia scene in Goodfellas in how it’s shot and cut together. Cuts are rapid, reaction shots are stitched in extreme closeups, and insert shots are used of the various objects in the scene, especially the bag of weed, which is shot like the bags of cocaine in Goodfellas.

A common hallmark of Anderson and Scorsese films is the large shift in tone that tends to take place at the midpoint of the film, and the Hot Summer Nights trailer is no different. At the minute mark, “I’m So Free” fades out and “Vitamin C” by Can kicks in. Anderson fans will know this as the song that plays at the beginning of Inherent Vice.

After Hunter and Daniel have teamed up to sell weed, the most obvious Anderson influenced sequence appears. Hunter gets out of his red Mustang and tosses a bag to Daniel, telling him “they want more”, before a quick whip pan shows Daniel catching the bag. This is eerily similar to the scenes in Boogie Nights where Thomas Jane’s Todd Parker (more on him soon) returns to Dirk and Reed with cocaine, and similar whip pans show their reactions to how long he took to come back.

“Vitamin C” is then brought to a sudden stop with the sound of a gunshot from William Fichtner (Crash). Fichtner laughs manically before turning around to tell a blonde girl at the piano to “play something celebratory.” This sequence carries the same kind of vibe that the famous Rahad Jackson house raid scene from Boogie Nights had. We also see Chalamet’s Daniel stunned in a similar manner to how Mark Wahlberg’s Diggler froze at Jackson’s house in Boogie Nights. The tune that Maisie starts to play is the piano cover of “Layla”, which was the tune in Goodfellas that plays over the montage of murdered mobsters. The end of the trailer is foreboding, with Thomas Jane’s cop saying, “It happens every summer. When the air is so heavy you can’t breathe. The nights turn long and sleepless. When you long for cooler times, you know what it is. It’s gonna tear you apart.”

Hot Summer Nights debuted at South by Southwest festival in 2017 and initial reviews were quite similar to how Anderson’s Hard Eight was reviewed when it came out. Most reviews lauded the film for its energetic pacing and flashy style, but a frequent complaint is that it’s undisciplined and the tone tends to be quite messy. Nevertheless, early positive reviews from a very limited release indicate Chalamet (Call Me by Your Name) might have another hit on his hands in this Scorsese and Anderson influenced thrill ride. 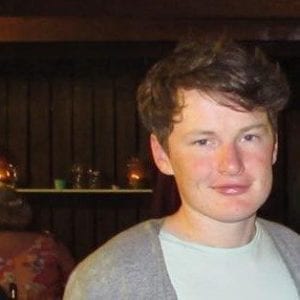 Jason is a writer from Ireland. His hobbies include procrastination, hitting a small white ball around a field, and endlessly deliberating over which film he wants to watch. When he does pick something, he tends to enjoy character studies and films from the 60s and 70s. His favorite movies are "There Will Be Blood", "Cool Hand Luke", and "Boogie Nights."