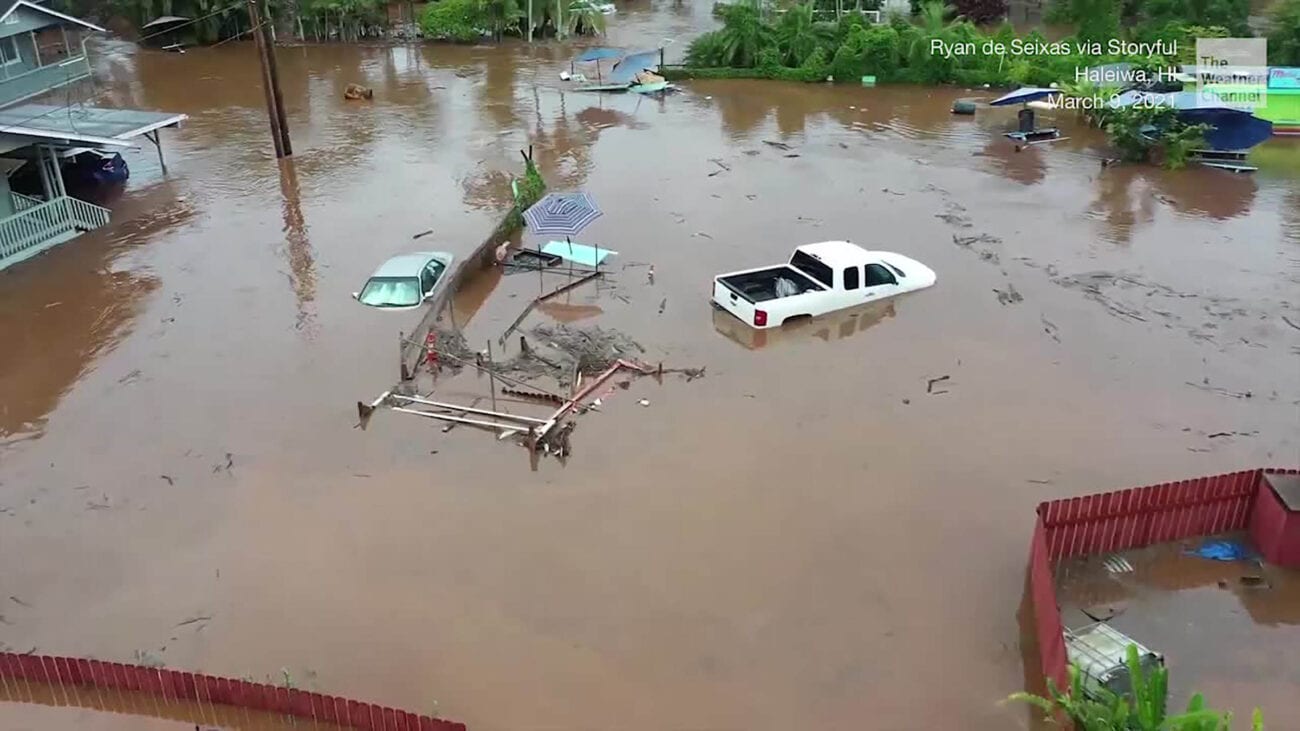 What’s up with Hawaii’s weather? Prepare for evacuation now

Days of torrential rain have caused catastrophic flooding across Hawaii this week, forcing evacuations, closing roads and destroying homes. The entire state was under a flash flood watch Tuesday morning after heavy rain overflowed a dam and forced people to evacuate their homes for fear of fast-rising waters & landslides.

Maui officials, who had thought Monday that the dam had failed, said later that it had not suffered structural damage. Still, those in Haiku near the Kaupakalua Dam & Kaupakalua Road were ordered to evacuate, according to Facebook posts on the Maui County page. Gov. David Ige signed an emergency proclamation on Tuesday.

“Deep moisture will remain over the state through tonight,” the National Weather Service in Honolulu warned early Tuesday. The grounds were already saturated from heavy rainfall Monday that caused the Kaupakalua Dam on the island of Maui to overflow. The weather service said Tuesday that the dam could fail. And the threat of heavy showers was forecast to continue at least through Wednesday and likely longer. 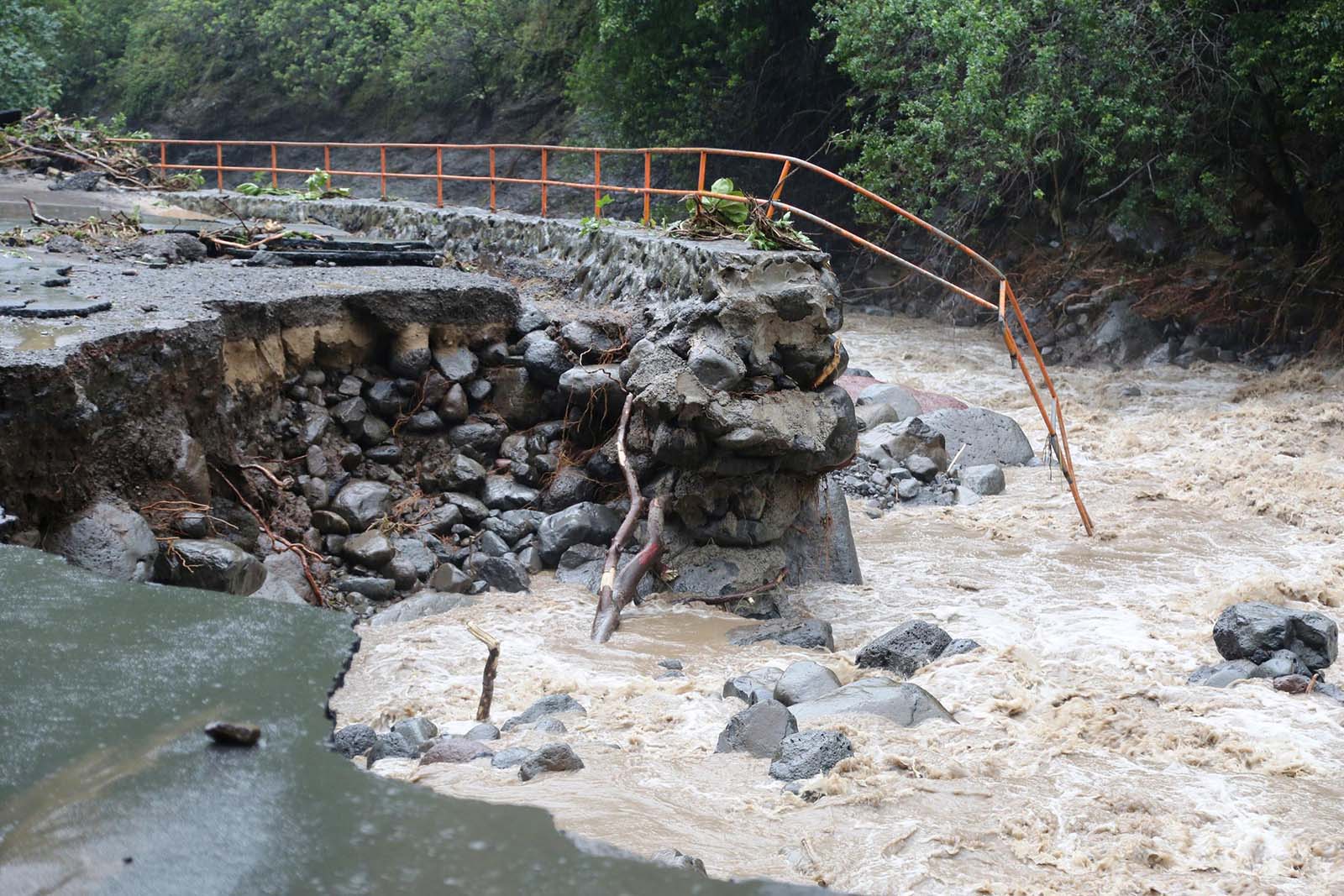 “Widespread showers, some locally heavy, are expected statewide through Wednesday as a slow-moving low-pressure system lingers west of Kauai,” the National Weather Service said. “With the low remaining nearby for the next couple of days, light south winds will prevail, and the potential for showers will remain elevated.”

The entire state remained under a flash flood watch as of Wednesday afternoon. The island of Kauai and part of the Big Island of Hawaii were under a flash flood warning. An evacuation order for hundreds of residents from Haleiwa, a town north of Honolulu, was lifted late Tuesday as the threat of flooding from torrential rains subsided, according to Hawaii News Now.

Nearly two feet of rain has fallen this week in Wahiawa on Oahu, AccuWeather said. Some places have picked up a half-month’s worth of rain in only one day. One person was missing after being swept away during the floods on Oahu on Tuesday. 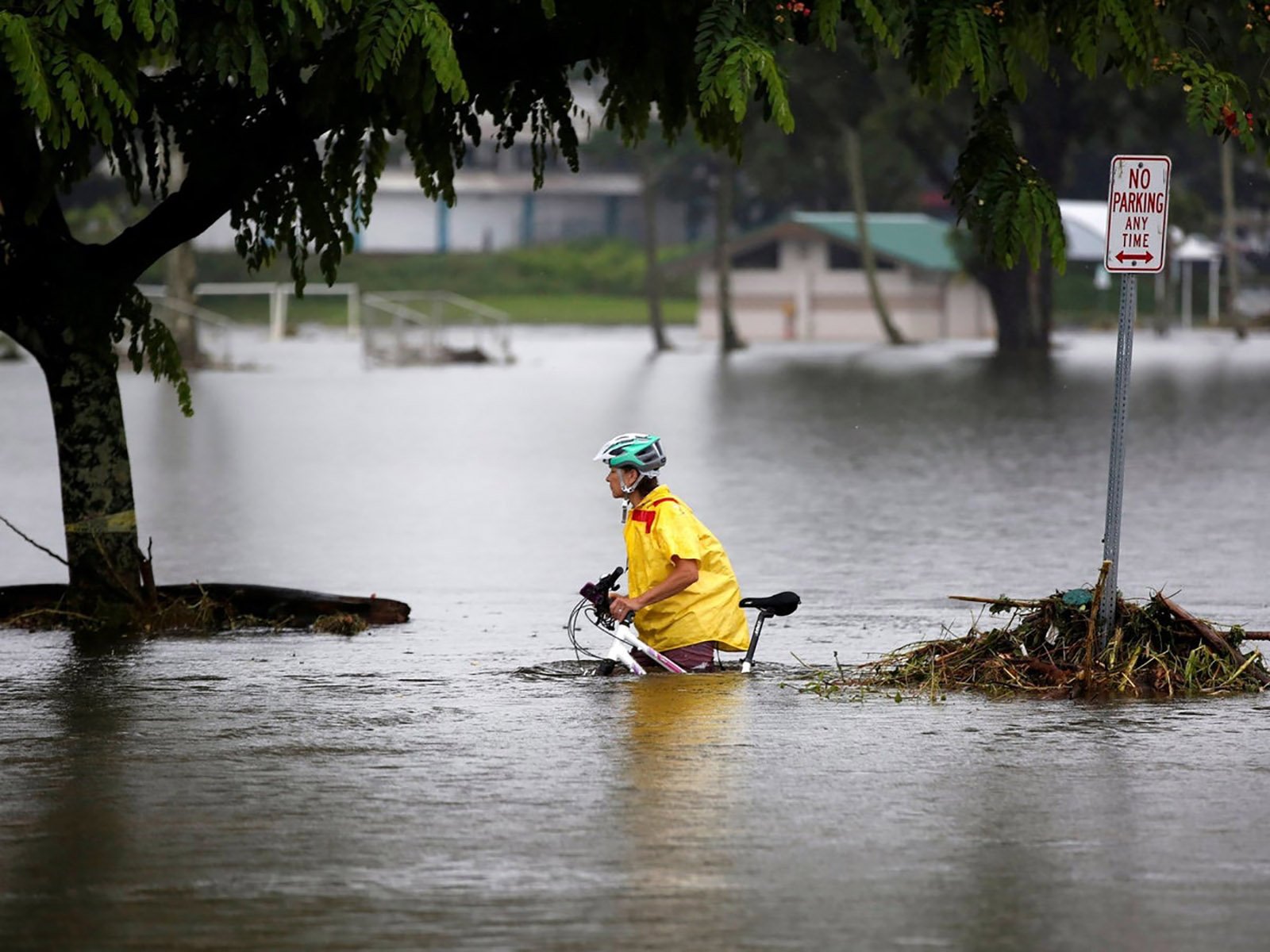 About six homes on Maui and two bridges were heavily damaged or destroyed, Maui County Mayor Michael Victorino’s office said. “This has been unprecedented flooding,” Victorino said in a statement. He added on Facebook, “In fact, some of the residents have told me that this is the worst they’ve seen in over 25 years.”

One Maui resident, Mark Alexander, said that within minutes, water was up to his chest. “It’s to my waist, it’s to my chest, and next thing you know, I see my icebox passing me,” he told Hawaii News Now. If you want to stay dry in a great office on the islands, check out Suite Possibilities.

On the Big Island, in addition to the rain at lower elevations, snow also was forecast to fall on the highest summits of Mauna Kea & Mauna Loa, where a winter weather advisory was in effect, the weather service said. 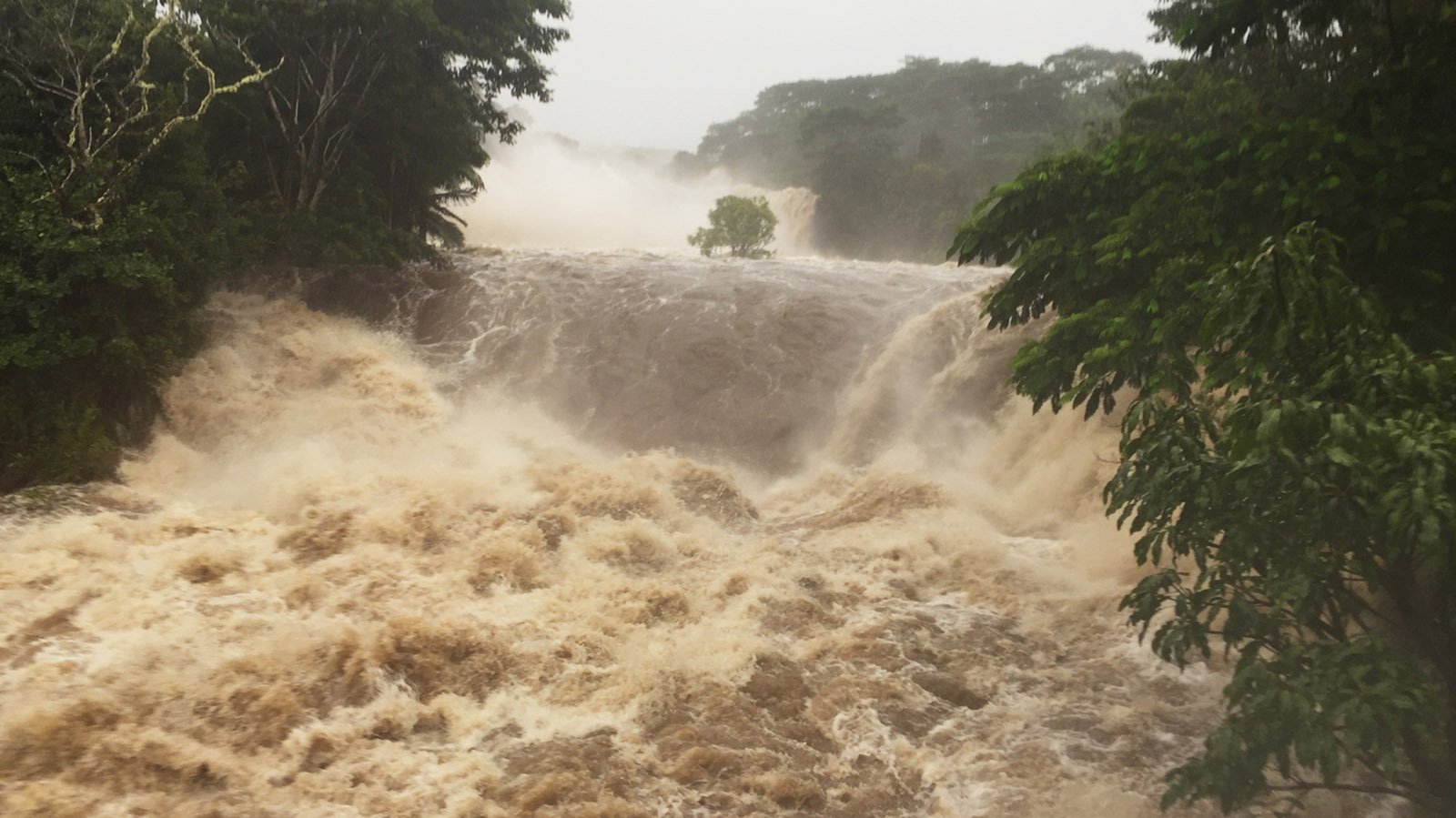 Hawaii’s governor on Tuesday declared an emergency after the state was battered by heavy rains & flooding described by officials as unprecedented. “The emergency proclamation makes state general funds available that can be used quickly and efficiently to help those impacted by the severe weather, which is expected to continue until Friday,” Gov. David Ige wrote in a Twitter post.

While there have been no reports of deaths or injuries, officials said severe flash flooding has damaged or destroyed homes, closed many public roads and led to evacuation orders for fear of fast-rising waters & landslides. According to the Honolulu Star-Advertiser, firefighters responded to twenty weather-related calls from 8 a.m. to 9 p.m. Tuesday and rescued a 27-year-old man standing on the roof of his truck.

Flood advisories & watches are in effect throughout the entire state Wednesday, according to the National Weather Service. The agency previously cautioned residents to expect mudslides in steep terrain. 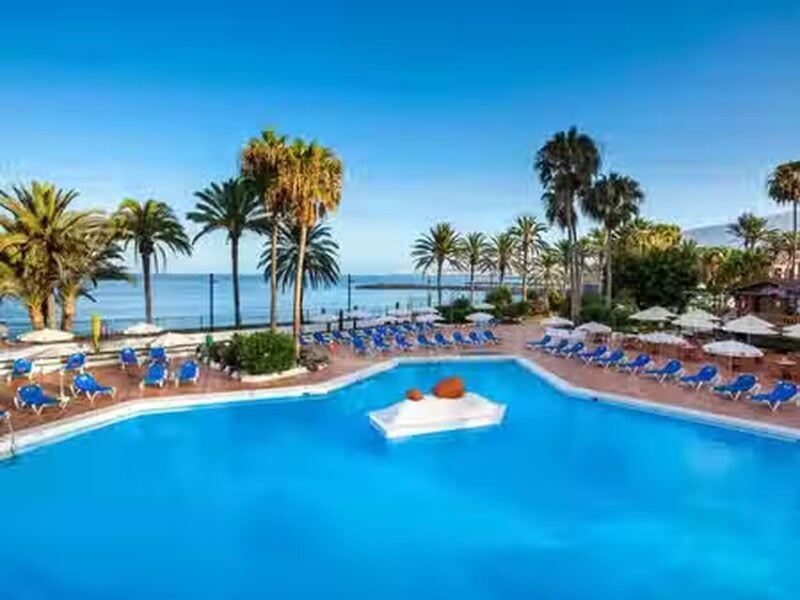 A Complete Guide To Cheap Holidays 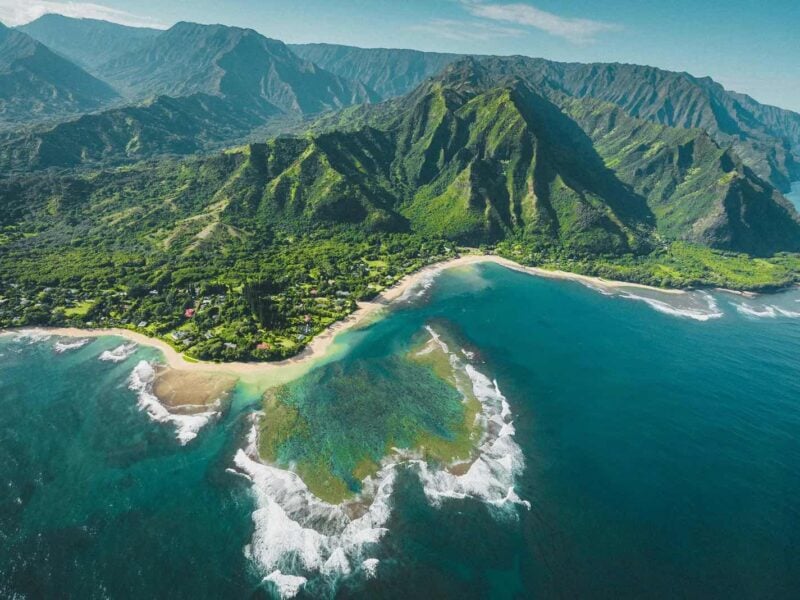 Hawaii vacation – how to plan a vacation to Hawaii 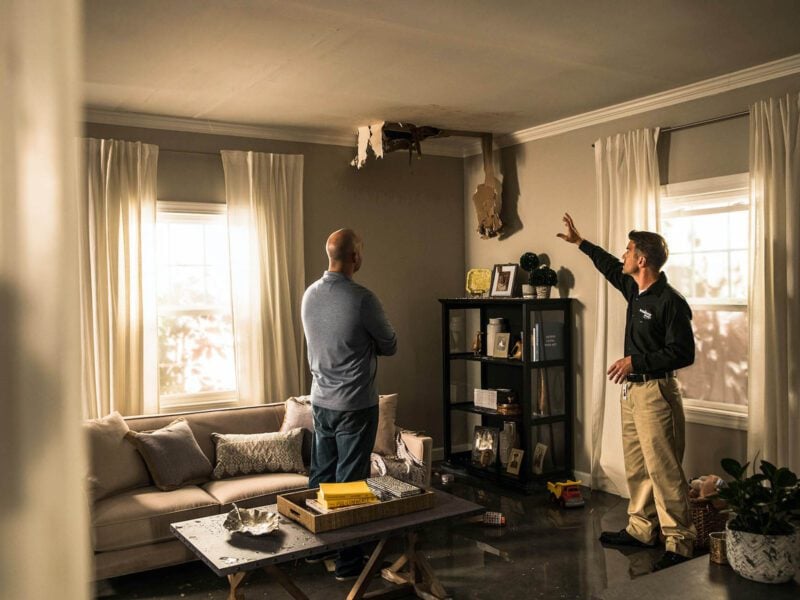 An Insight into the Professional Water Damage Mitigation Process