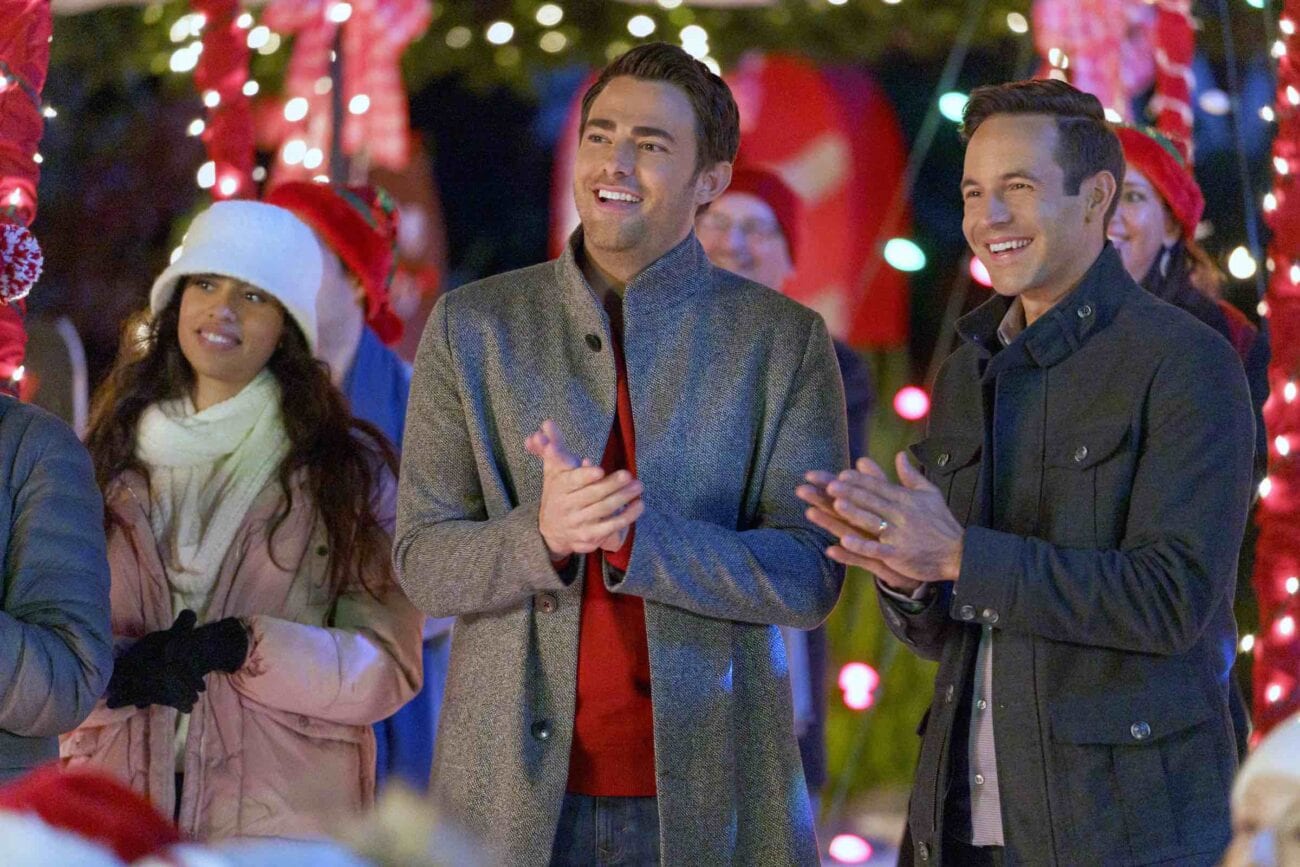 Hallmark’s first gay Christmas movie is here: Find it on the TV schedule

Every single year from like July to February, the Hallmark Christmas movies rule the airwaves. Okay, maybe not that long, but it certainly feels like Christmas is scheduled to be a over half a year affair for the Hallmark channel. While you can probably recite the various plots by heart: royalty Christmas movie, move back to the small town Christmas movie, Santa’s involved somehow Christmas, it’s usually between two straight leads.

Hallmark has been getting some flack for their lack of diversity over the years from the lack of showing other religions to the lack of diverse leads. More recently and famously, the lack of LGBTQ+ representation in their films. That backlash only grew after the company pulled an ad for the online wedding company Zola for showing LGBTQ+ couples celebrating their weddings. Yikes.

Now, this year, there’s an incremental change being shown for these television Christmas movies From Hulu’s Happiest Season to Lifetime’s The Christmas Setup, there’s several LGBTQ+ movies for this season. Hallmark is one of those as well with The Christmas House, which will show the first same-sex married couple on the network who will play an integral part to the film’s plot.

Here’s what to expect from The Christmas House. 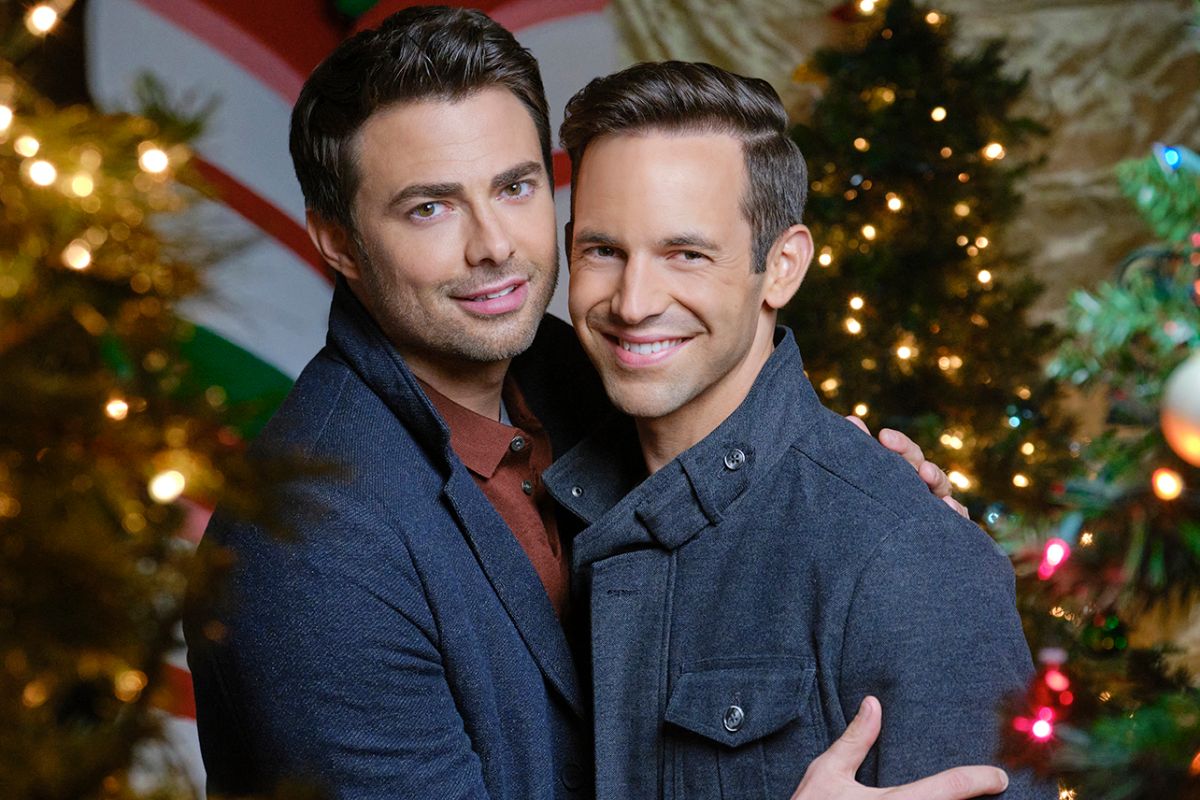 What is The Christmas House about?

The Christmas House follows a pair of brothers, played by Robert Buckley (who also wrote the script) and Jonathan Bennett, who return home for the holidays at the request of their mother, who wants to have one final send-off before selling the family home. While there, Buckley’s character reconnects with his high school sweetheart because, duh, it’s a Hallmark movie. They’re going to end up buying the house, we all know it.

Bennett’s character and his husband, played by Bill Harder, are anxiously awaiting the call about the adoption of their first child, who will be played by Harder’s real-life son, which is pretty adorable. Both Bennett and Harder are gay in real life as well. Bennett is in a relationship with Celebrity Page host, Jaymes Vaughan. Harder is married to Graham Arychuk. The couple are expecting their second child via surrogacy. 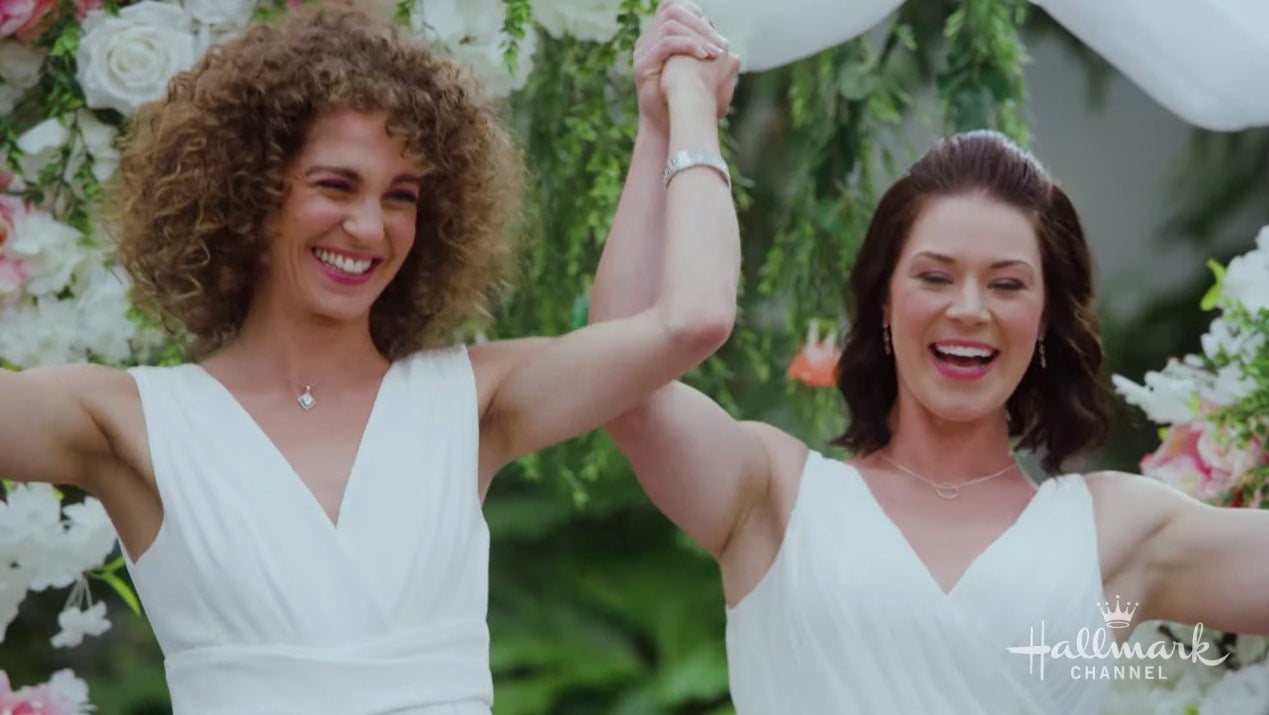 So this is seriously happening?

When many people think of the Hallmark Channel Original Movie, they’re definitely thinking something fairly conservative. How many times has the film ended with a person (usually a woman, let’s be real) leaving a high paying job in the city to move to a small town because she’s learned what’s really important in life. Seriously, can’t the boyfriend, for once, move to the city and support his bae?

Following the backlash and the boycotts, Hallmark is taking an incremental step forward. Their line-up is still heavily Christian, white, and cis, but it’s something. Even Bennett said in an article with The L.A. Times that his initial reaction to the script was “I thought, is this really happening? This is groundbreaking.”

In August, Hallmark showed a same-sex marriage in Wedding Every Weekend. Again, it wasn’t the main focus of the film, which followed a straight couple, but it was something. The Christmas House is giving an LGBTQ+ a pretty sizable storyline for the ensemble film. Who knows? Maybe next year, an LGBTQ+ couple will actually star as the main romance in a Hallmark movie.

When can I see The Christmas House?