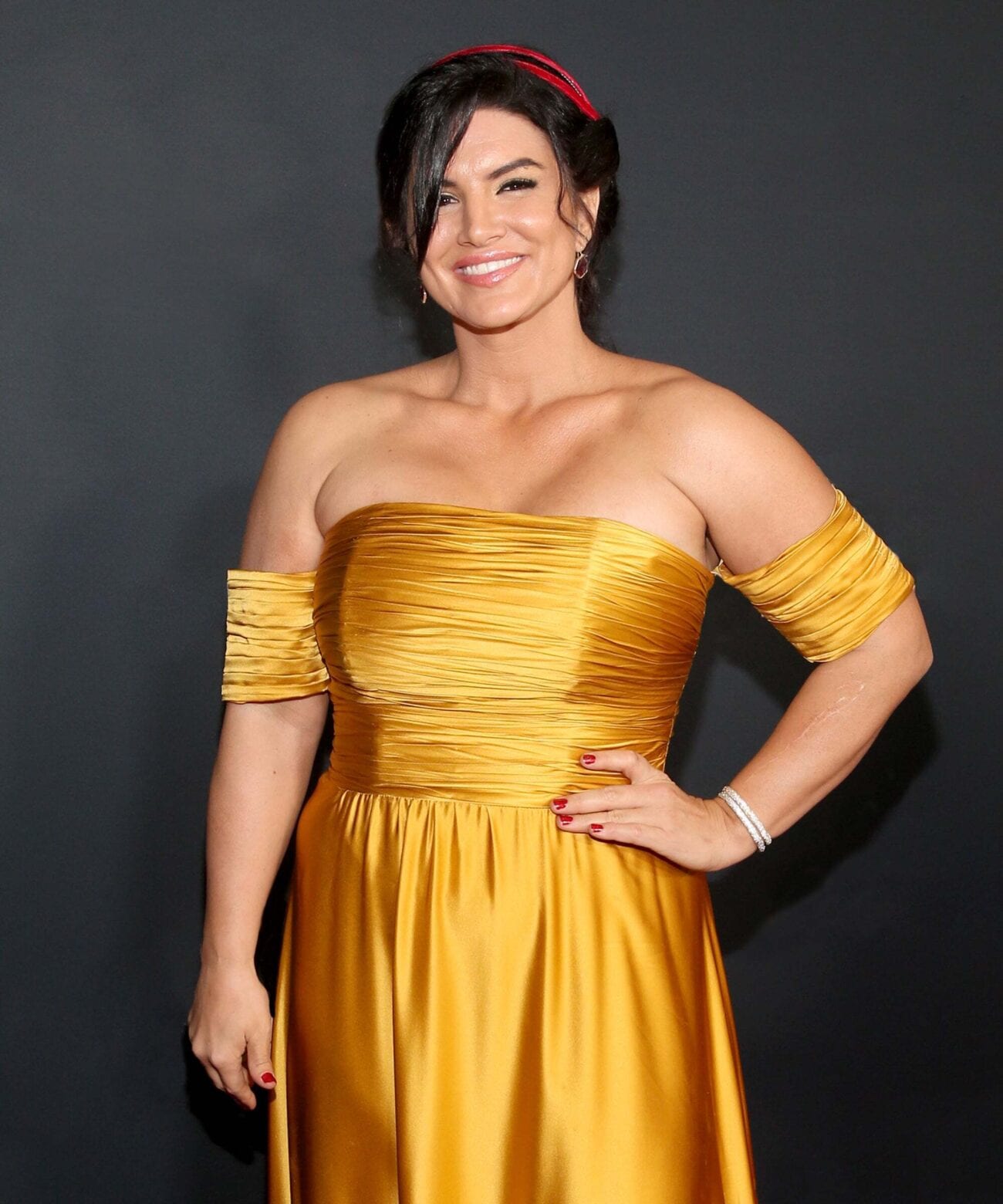 Our ever-evolving society is striving to become inclusive in every way possible. With the increased effort to try to understand others, many are becoming educated on different communities – especially the LGBTQ community. Unfortunately, The Mandalorian star Gina Carano didn’t get this message and is being called out for her transphobic Twitter presence. 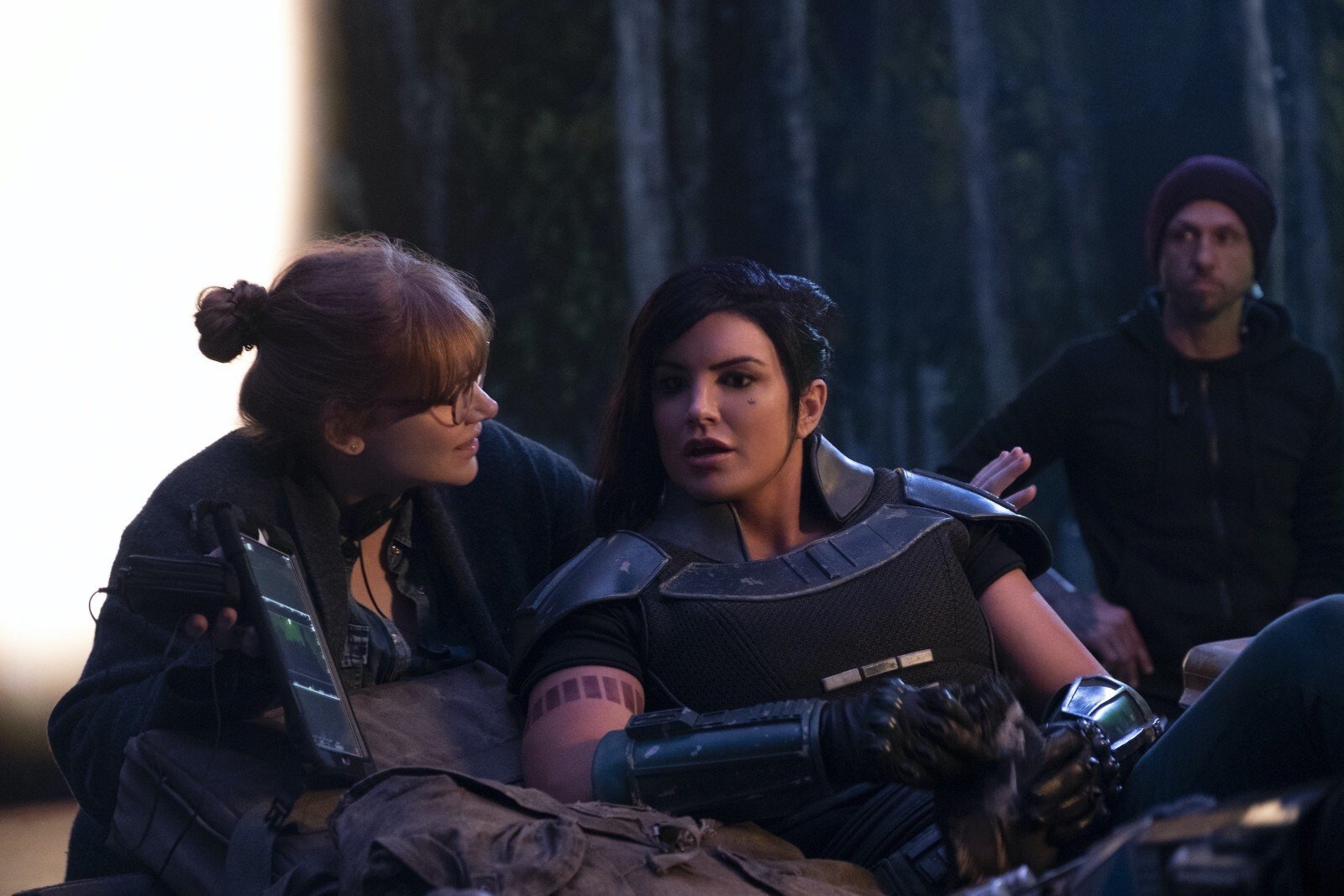 Is Gina Carano a robot?

Carano was asked by Twitter users to add her pronouns to her Twitter bio, a common thing to add among transgender & cisgender social media users to help avoid misgendering. Instead, Carano mocked the usage of pronouns and added “boop/bop/beep” to her twitter bio. Looks like Carano is the only one who thought it was funny as many became enraged with her poorly conceived joke.

However, Carano didn’t find it a big deal and refused to change it, tweeting, “They’re mad cuz I won’t put pronouns in my bio to show my support for trans lives. After months of harassing me in every way. I decided to put 3 VERY controversial words in my bio . . . beep/bop/boop.” 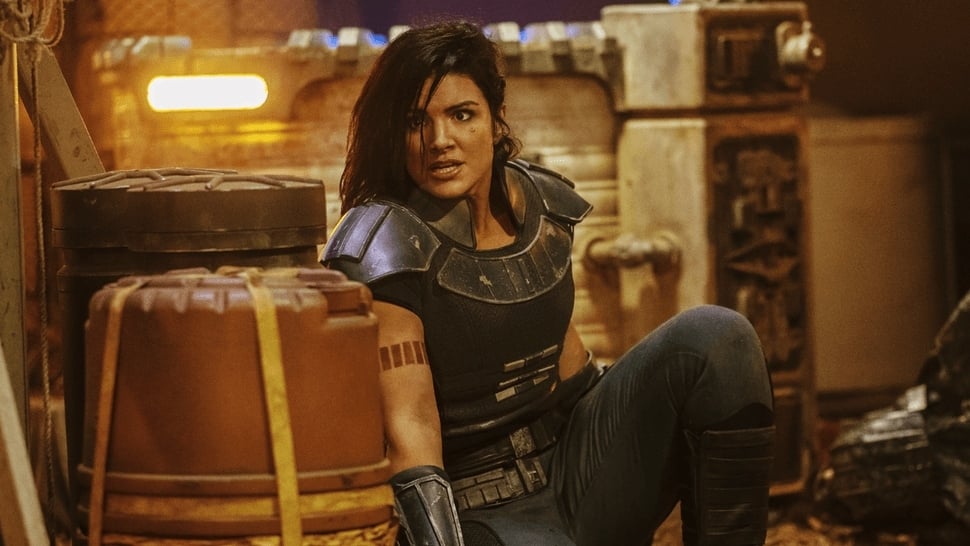 After being asked if she understood how her bio could be offensive, she stated she didn’t think trans people would support the “bullies” she had to deal with who forced her to put something in her bio in the first place. She said people forced her “through harassment and name calling everyday of the month”.

Carano added, “I know trans people wouldn’t condone this harrassment when they hear about the CHILDREN, women & men who have contacted me, thanking me for taking a stand against these bullies because it effected their mental health to the point of near suicide at times”.

Gina Carano stated that her selection of pronouns “has zero to do with mocking trans people”. However, one user demanded that Carano just admit that she is transphobic and move on which didn’t sit well with Carano. “I want people to know you can take hate with a smile,” she declared, “So BOOP you for misunderstanding.” 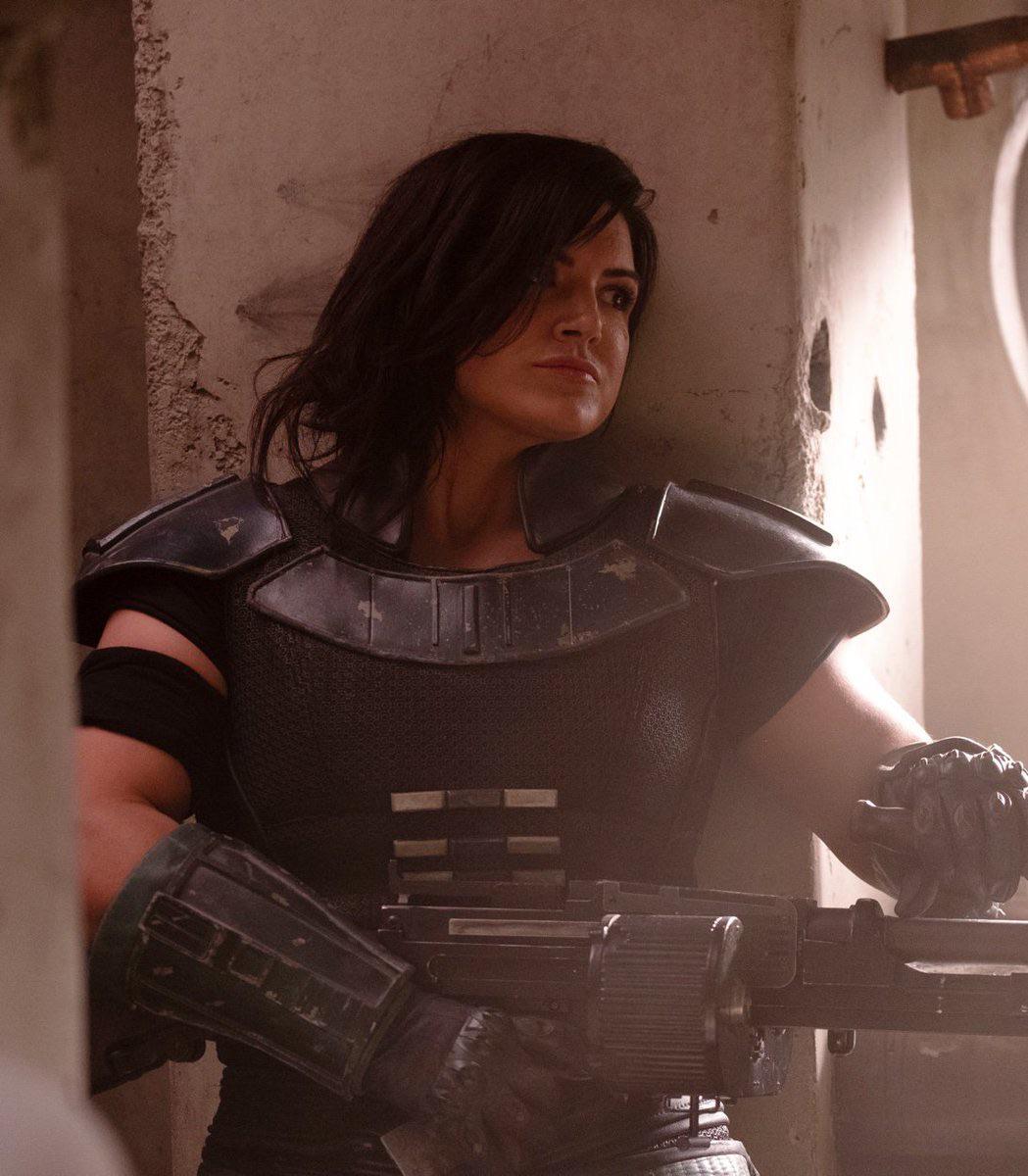 This wasn’t the first time Gina Carano has been under fire for being accused of being transphobic. In fact, last week she liked a tweet on Twitter that mocked users who practiced this method of self-identification. The two incidents caused Twitter users to fire back with a flood of tweets directed to her:

“50% of Hollywood wears masks and respects the trans community, to bad ur not included in that . . .” @greensabers 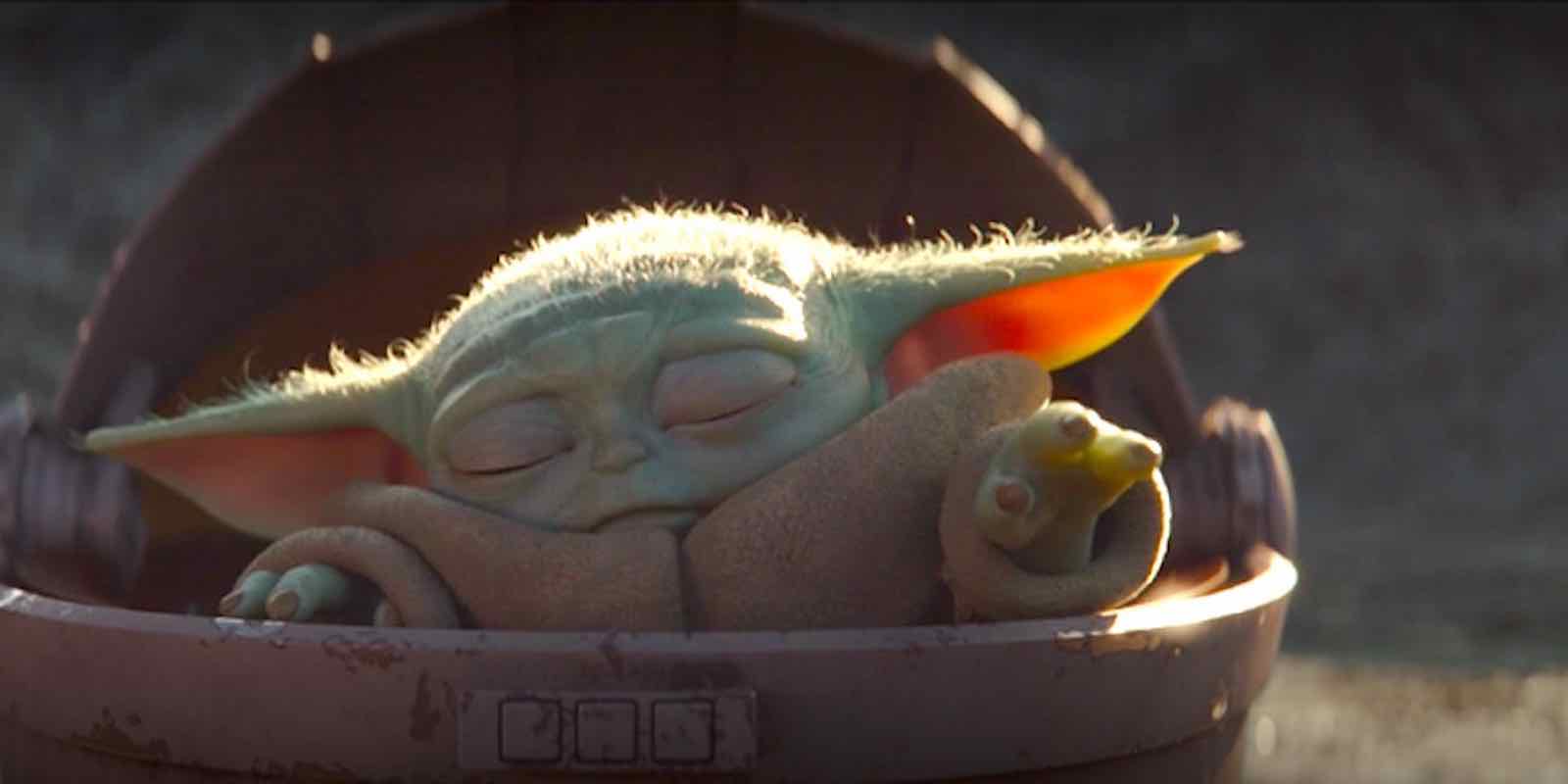 “putting [your pronouns] in your bio is just a decent thing to do “ and claimed that “you liking tweets that mocks that just sits wrong with many people.” @Aschka

Another user, @anngnicola, accused Carano of “supporting people who make fun of others for showing trans people that they’re supported and valid” before telling the actress to “literally mind your own business.” 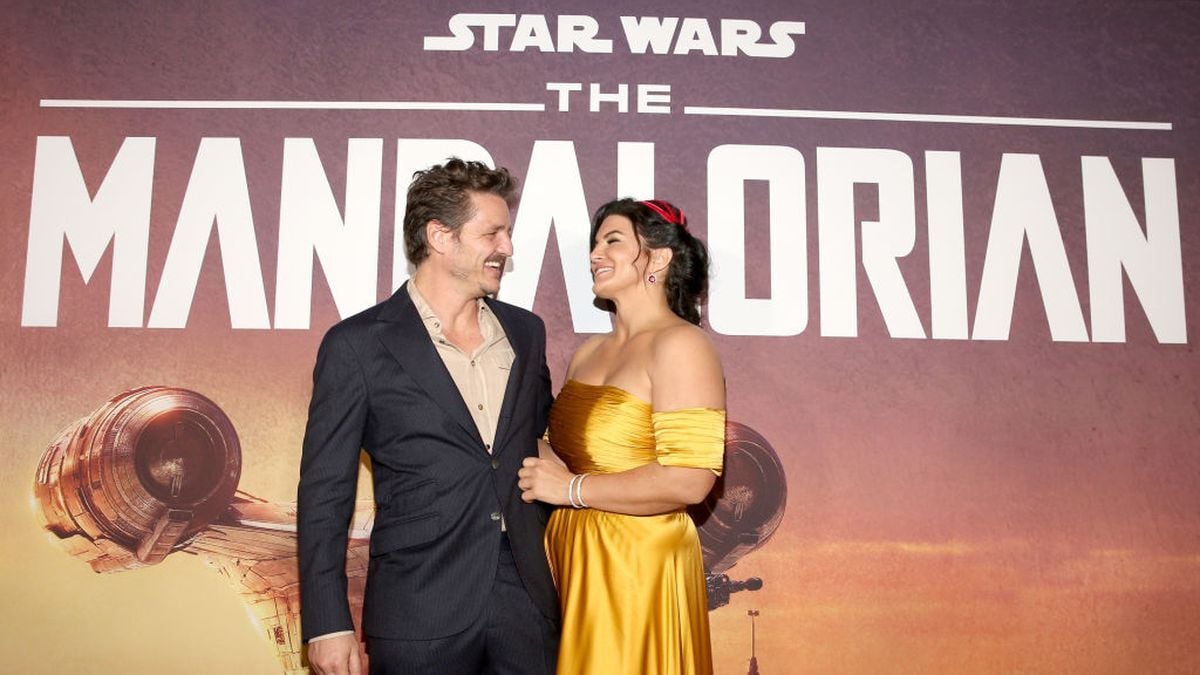 A little too late

After many heated tweets traveling back & forth between Carano & Twitter users, she informed them that her The Mandalorian costar Pedro Pascal helped her understand why people were putting pronouns in their bios. “I won’t be putting them in my bio but good for all you who choose to,” she said. “I stand against bullying, especially the most vulnerable & freedom to choose.”

Although Gina Carano addressed the problem, people weren’t buying it and continued to harass & accuse bigotry towards the actress.

Do you think Carano was being treated harshly for her decisions? Whose side are you on?