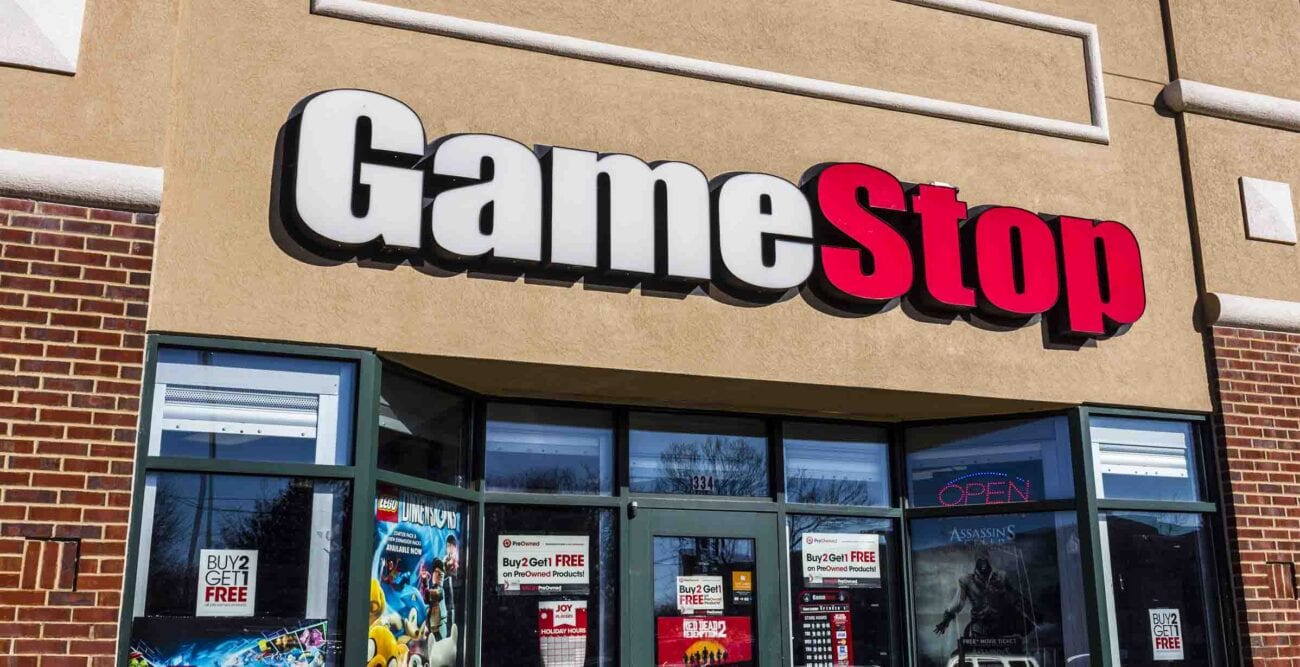 GameStop trade-in values are a joke: These funny memes prove it

GameStop is infamous for having shady business practices. While the company does offer the service of trade-ins at its stores, this convenience can end up costing you more in the long run. Many gamers have fallen prey to the store’s unfair trade-in program, where they are paid ridiculously low trade-in values.

If you’re one of the many who’ve succumbed to GameStop’s irrational trade-in values, these hilarious memes are dedicated to you!

Now that’s what you call karma

The GameStop staff are literally ripping off customers with their outrageously low trade-in values. So, don’t mind if we follow Kermit the frog’s lead here and turn a blind eye to looters getting looted. 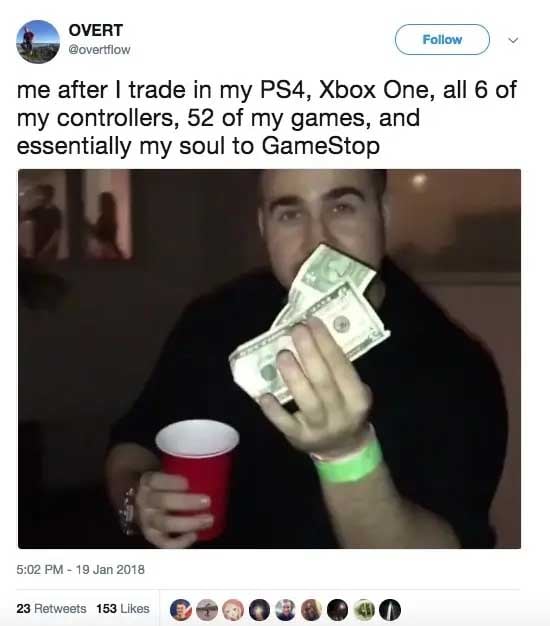 That about sums it up

At least we can find solace in knowing that GameStop’s joke of trade-in values has united the gamers against the sinister corporation. 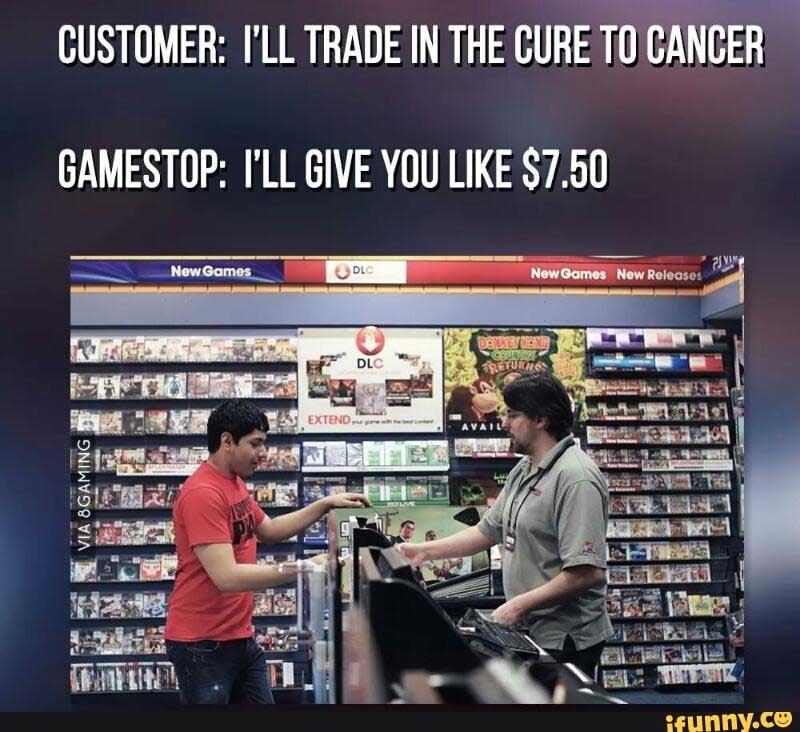 In a world where the cure for cancer would be valued at literally billions of dollars, GameStop will still put a $7.50 trade-in price tag to it but hey, as long as gamers keep settling for the wildly nominal values, GameStop will keep on taking advantage. 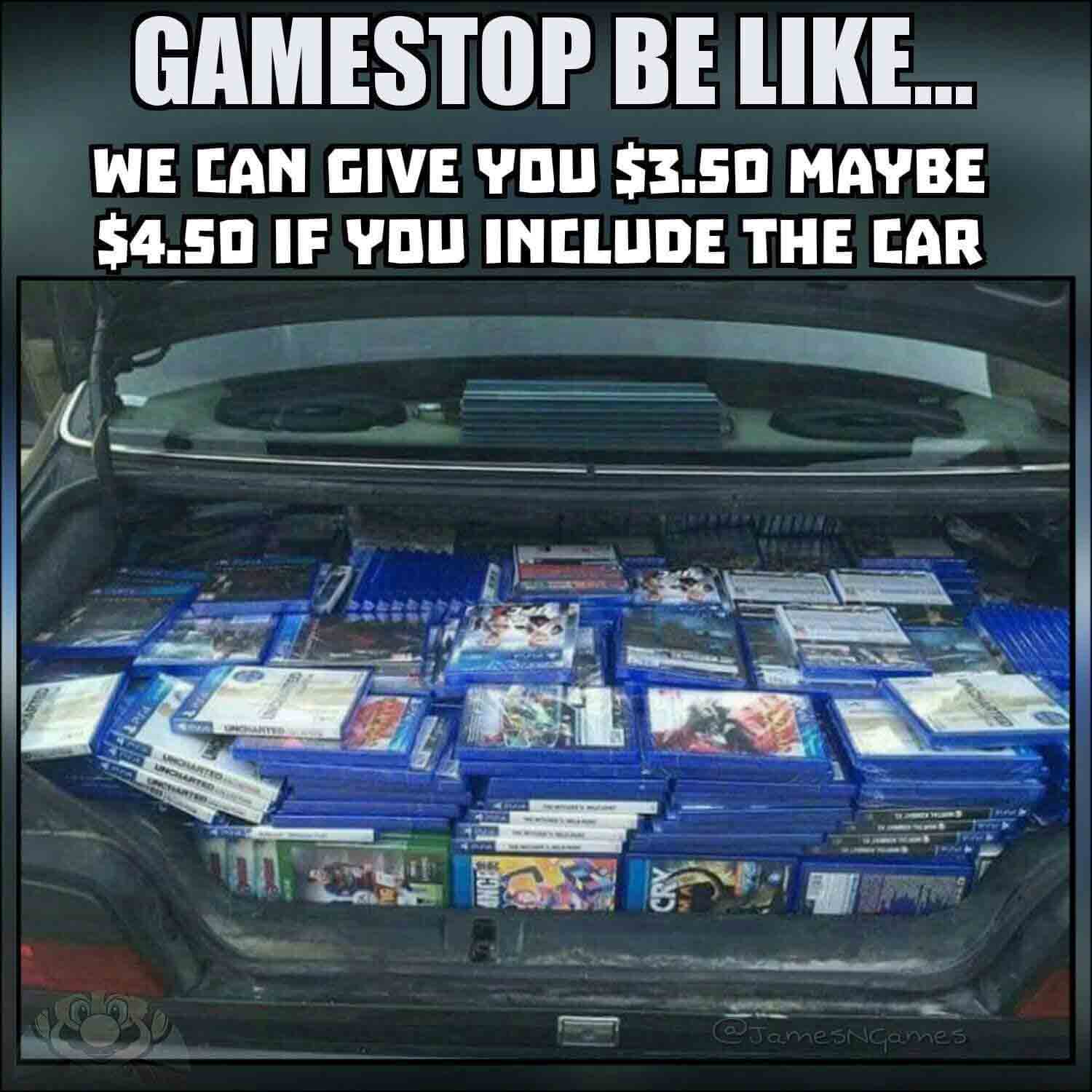 Car wasn’t part of the deal

Even if you throw a mortgage-free house in the mix, the most GameStop will do is add $2 to $3. Still, gamers go there to trade-in their used games, even though the trade-in value they’ll get will probably be less than the amount they spent on gas to drive to the store. 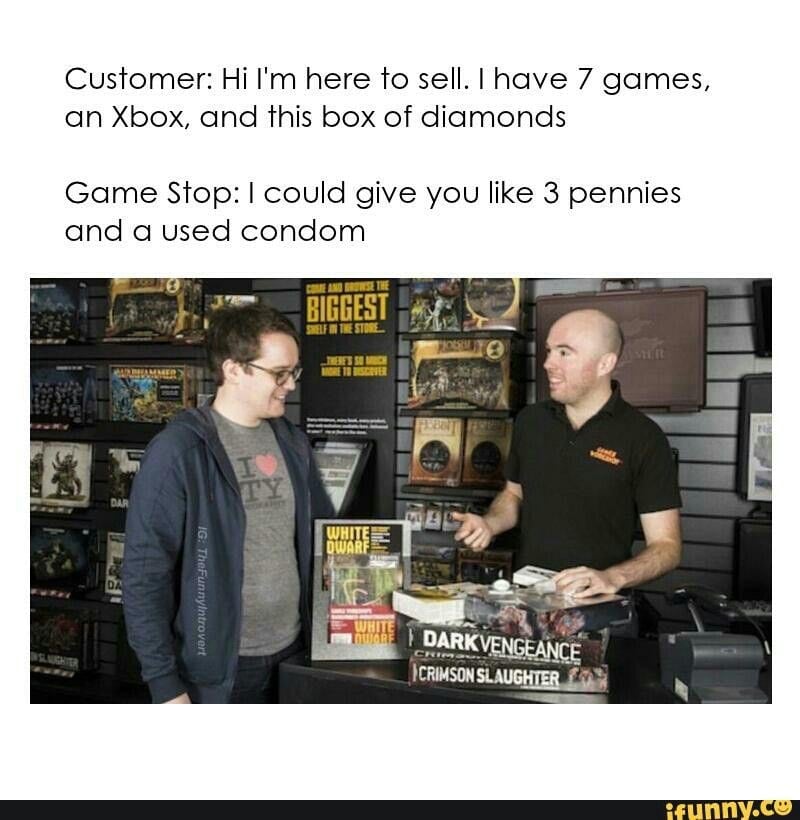 It doesn’t matter how many times we see memes of gamers getting ripped-off by GameStop – we can’t help but feel the painful truth each time. After all, GameStop pulls out all the stops to give you the worst deal for your gaming merchandise. 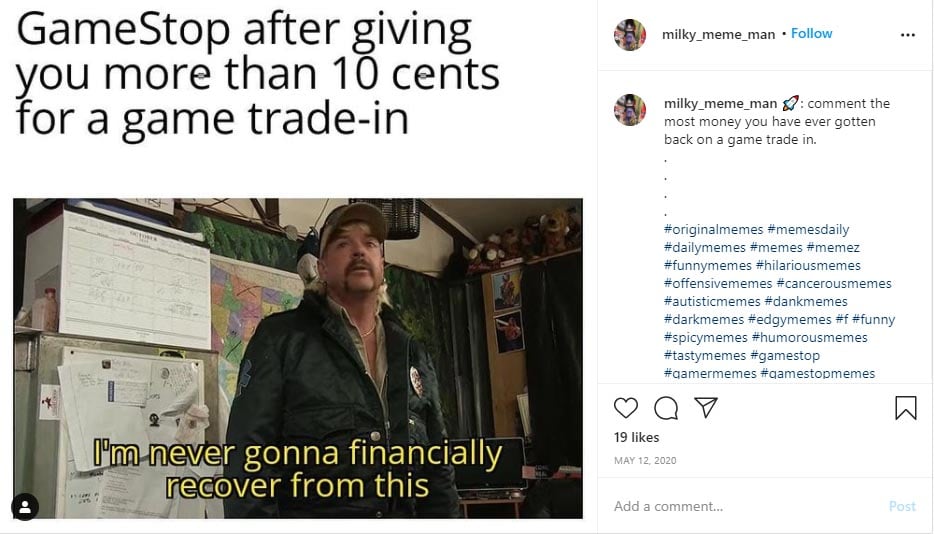 Sometimes GameStop staff members seem to have no remorse after valuing video games so unfairly. But in their defense, they’ve got to make the moolah to fuel their dominance as the evil overlord of video games. 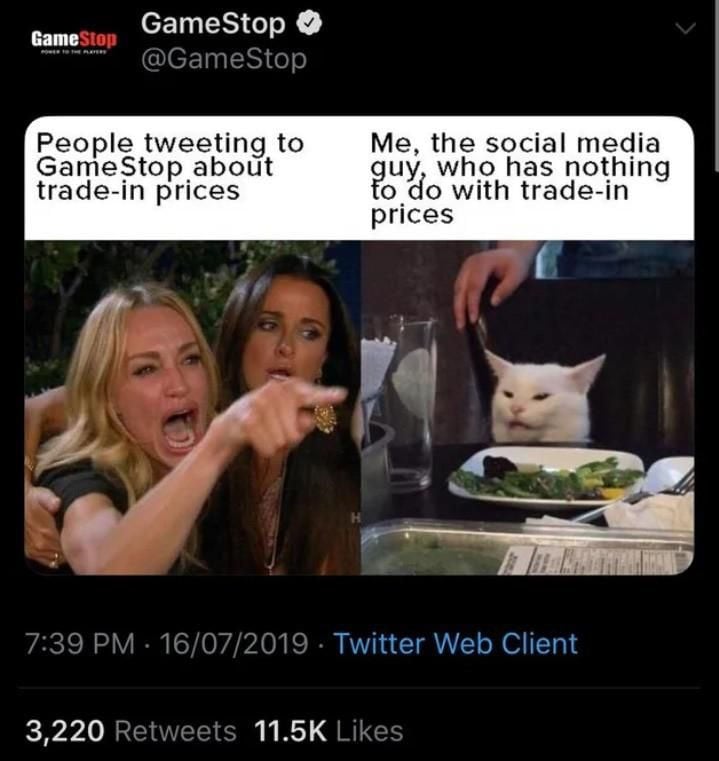 Is GameStop finally catching on?

Even GameStop’s social media guy is not exempted from the gaming community’s wrath of their incredulous trade-in prices. 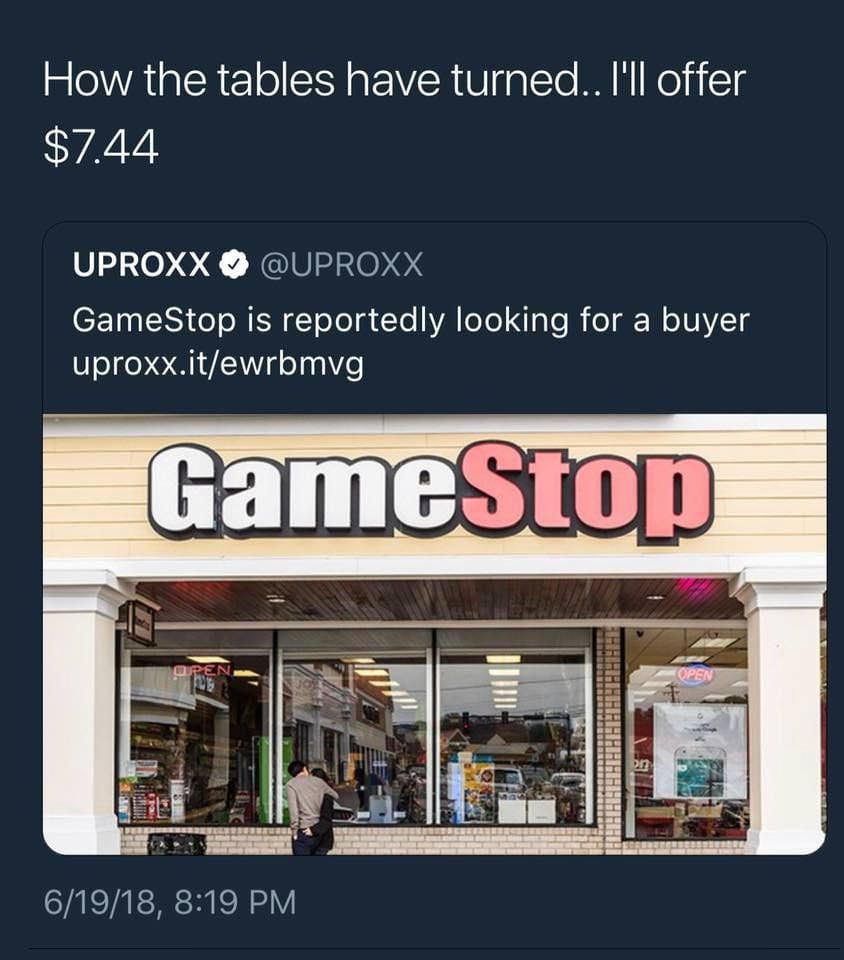 Oh! How the tables have turned

When GameStop was looking for a buyer in 2018, gamers crowded the internet with their estimated price based on the trade-in values they received at the store. Honestly, $7.44 seems a bit too much. 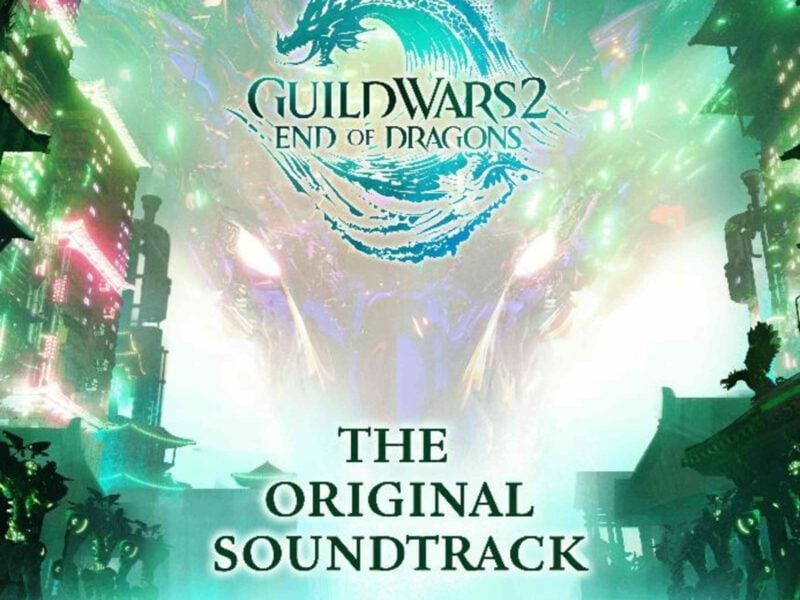