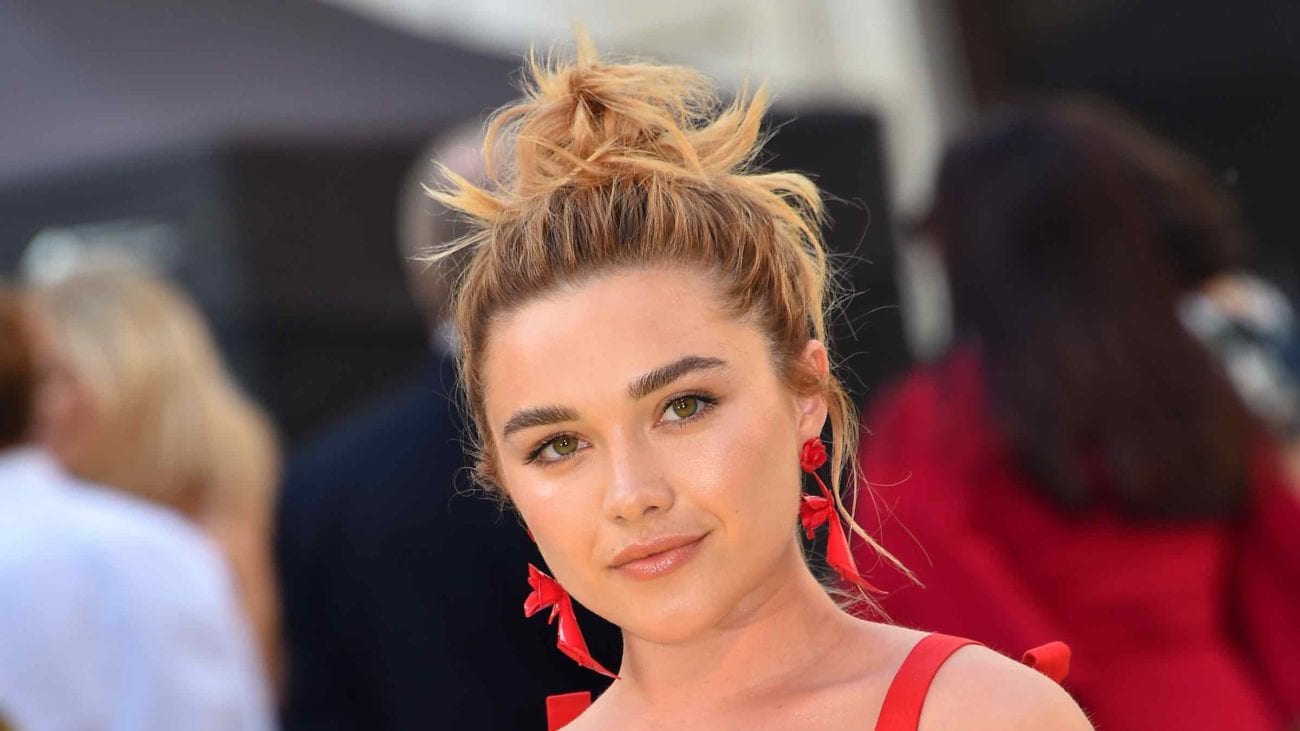 Florence Pugh is having a moment in 2019

2019 definitely qualifies as Florence Pugh’s breakout year. Starring in three critically acclaimed films and a forthcoming dip into the Marvel universe has Pugh’s name on everyone’s lips. The 23-year-old British actress has proved her range is beyond what anyone can expect from a young star.

Crediting her 2016 film debut in Lady Macbeth as the turning point in her career, Florence Pugh earned a British Independent Film Award for Best Actress in the film. When the film industry took notice, she smartly made sure to take on roles showing her versatility, taking roles in Jaume Collet-Serra’s “The Commuter,” the 2018 BBC adaptation of “King Lear,” David Mackenzie’s “Outlaw King” and the TV miniseries “Little Drummer Girl.”

While Florence Pugh’s 2018 work laid a strong foundation, 2019 clearly displayed her power as an actress. Portraying everything from a WWE superstar to a beloved strong-willed baby sister, Pugh can’t be missed right now.

Here are Florence Pugh’s 2019 starring roles, and where to look for her next. 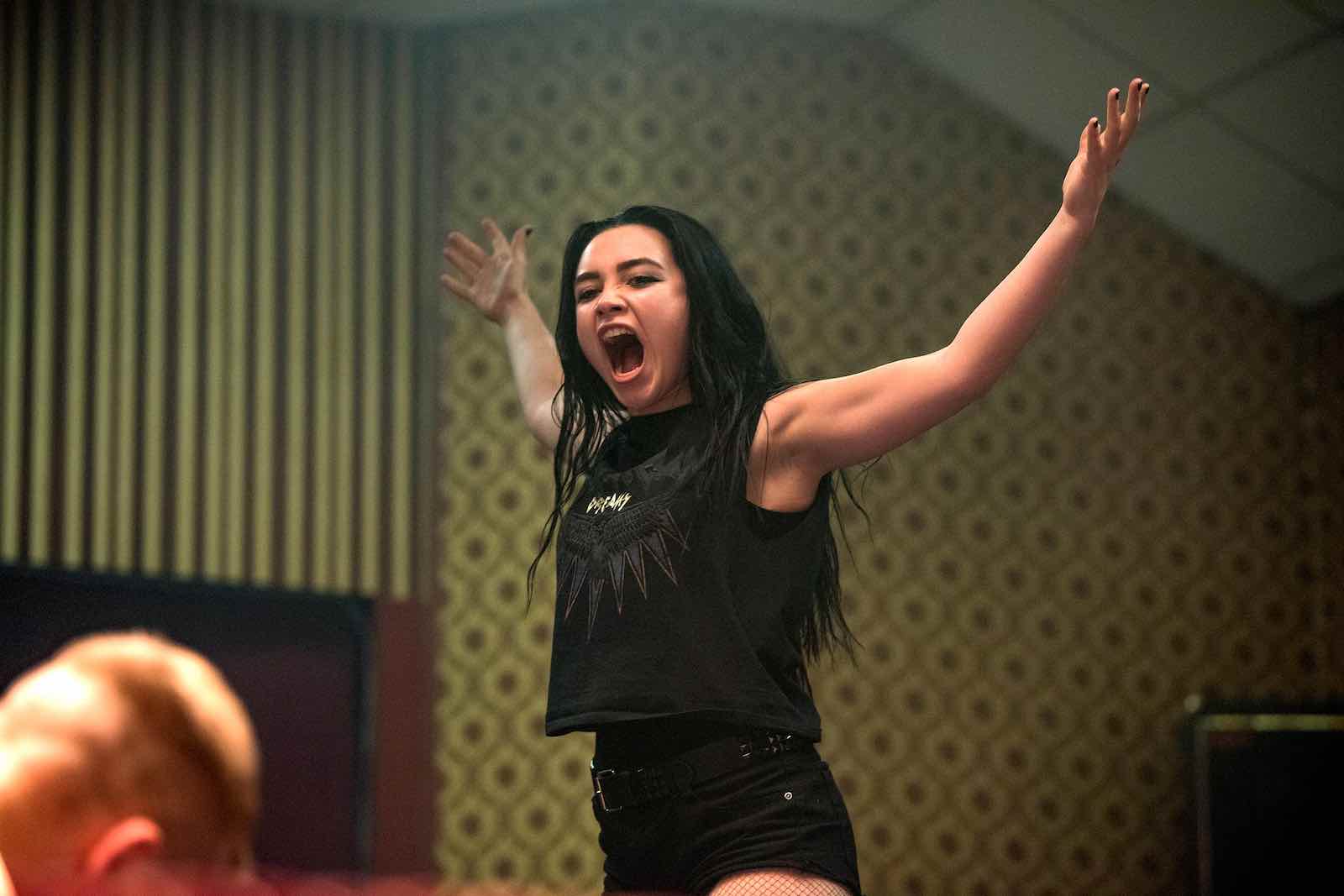 Florence Pugh becomes a WWE superstar in Fighting with my Family

Florence Pugh couldn’t help but be intimidated stepping into the role of Saraya Bevis/Paige in Fighting with my Family. Stephen Merchant’s biographical sports-comedy drama is based on the 2012 documentary The Wrestlers: Fighting with My Family by Max Fisher, which follows the career trajectory of WWE superstar Paige.

Florence Pugh becomes Saraya Bevis in Fighting with my Family’s depiction of two siblings who try to make their way into the world of professional wrestling. As Saraya succeeds while her brother is left behind, she takes the wresting name Paige.

Despite two months of learning and training to become a professional wrestler, it wasn’t the physically taxing aspect of the role that was challenging for Pugh.

As Pugh explains, “I was playing Paige, the most-loved oddball in wrestling. She’s only a couple years older than me, and all this really wasn’t long ago and all the videos are still there. Everybody knows how she fights, how she moves and how she talks. That was terrifying.” 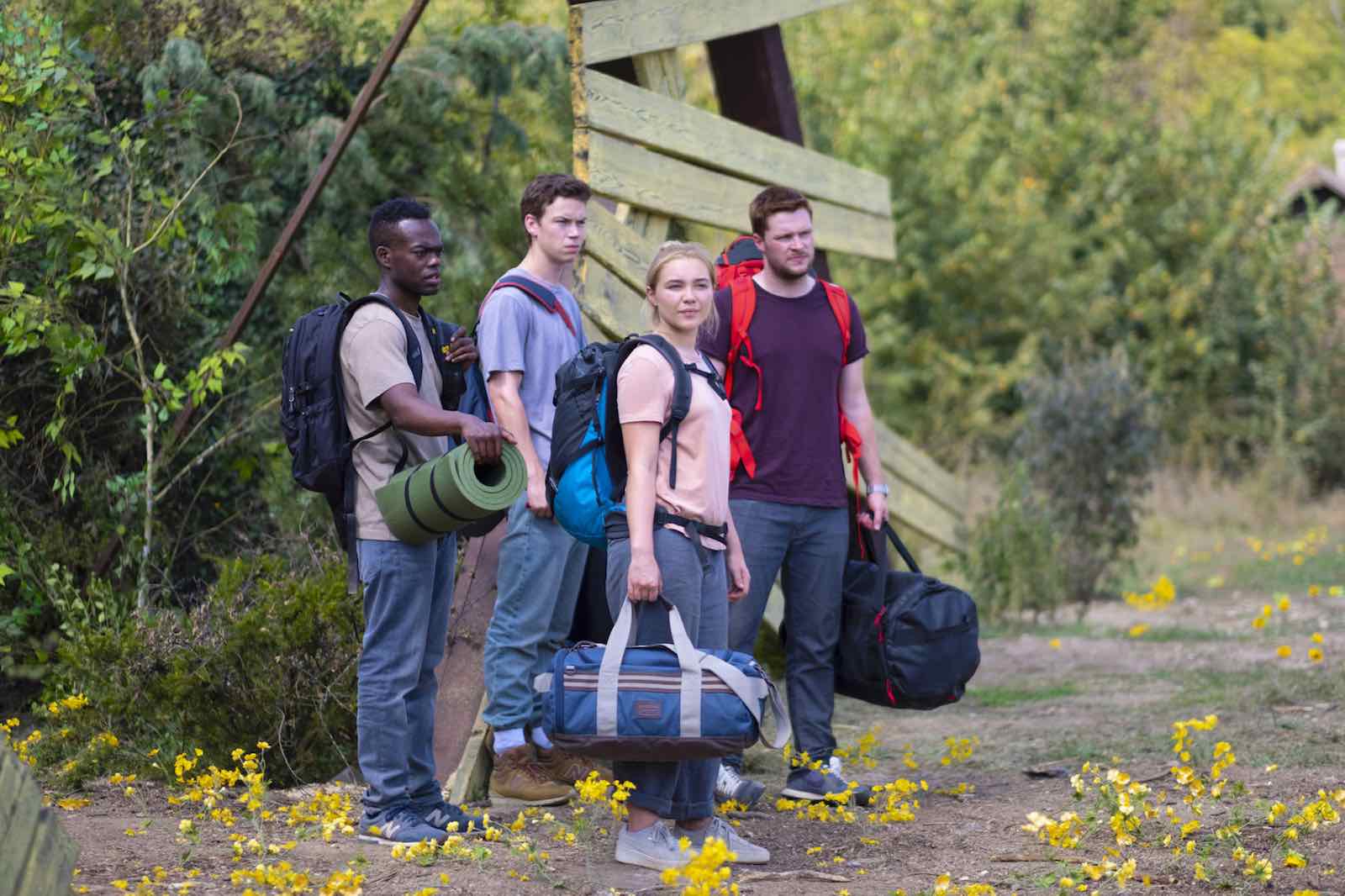 Despite not being a fan of horror films, Florence Pugh knew that she needed to be in “Midsommar,” Ari Aster’s follow-up to the critically lauded “Hereditary.” Cast as Dani, a grief-stricken college student in a floundering relationship with her boyfriend, Pugh takes on a brand new set of challenges.

Dani’s sister, Terri has killed herself and their parents by filling their home with carbon monoxide. On taking the role in Midsommar, Pugh explains, “My biggest fear was that I shouldn’t do it because I’d never come close to grief like that before.

I’ve never seen or felt that much pain. And I knew that’s the whole crux of this script, that this woman is on tenterhooks and she can break at any given moment. I just knew that you couldn’t fake that.”

The role of Dani gets increasingly complex, as the grieving character invites herself to join her boyfriend and his friends on a trip to a once-in-a-lifetime midsummer festival in a remote Swedish village. The carefree summer holiday takes a sinister turn when villagers invite the group to join in festivities that become increasingly disturbing.

Pugh rose to the challenge of portraying an already troubled character experiencing raw fear and stands out in an already exceptional Midsommar. 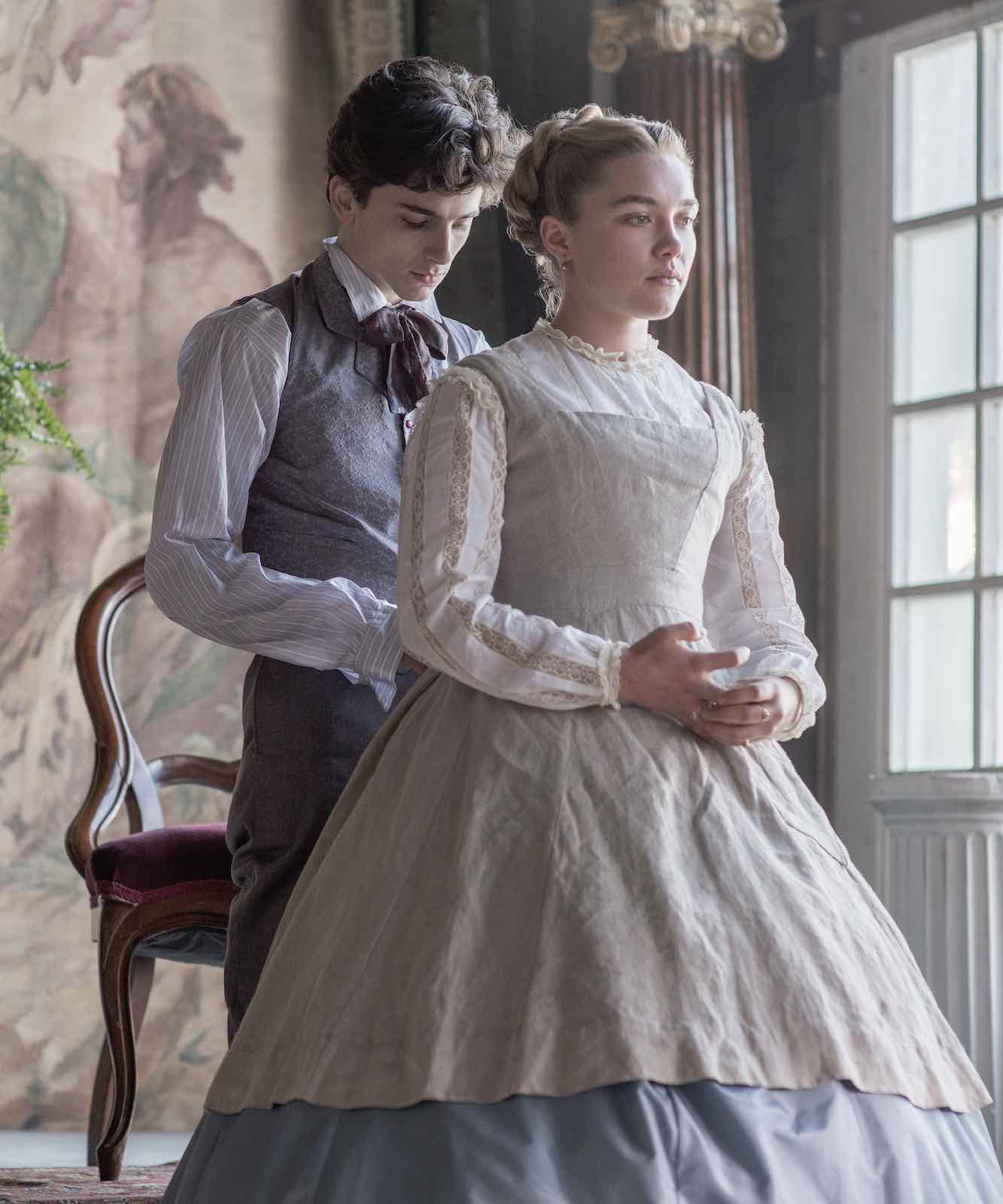 A mere 4 days after Midsommar wrapped, Florence Pugh found herself once again in a completely different role. Playing the stereotypical spoiled youngest child, Amy March of Little Women, Pugh once again found herself facing a demanding role in a story known and loved by many.

Florence Pugh explains the experience filming Little Women as almost refreshing, “I went from the most complex and emotionally tiring, exhausting thing that I’ve ever done to just being a 13-year-old, taking the piss out of Saoirse every two seconds, flirting with Timmy every two seconds, and playing and cuddling everyone on the set.”

Amy March undergoes a radical transformation throughout Little Women, from a vain and spoiled child to a graceful and compassionate woman. Florence Pugh manages to portray the transition with a poise that meets the character’s distinction. Critics are already enthusiastic about the film, which releases December 25, 2019. 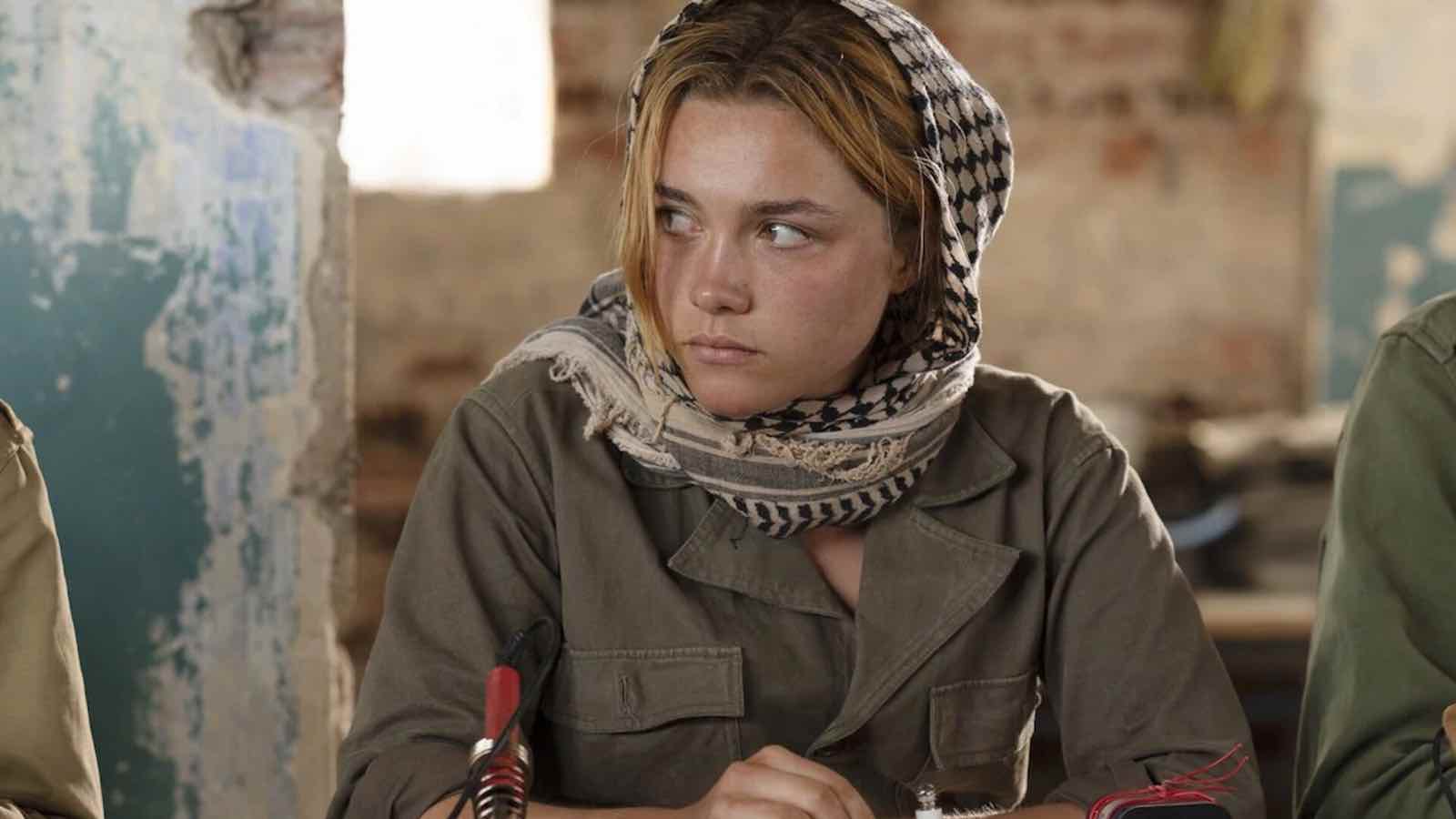 As the second modern Black Widow of the Marvel Universe, Florence Pugh remakes herself again

With the already diverse list of films under her belt, why wouldn’t Florence Pugh step into the role of Yelena Belova, the spy who becomes the title character of Marvel’s Black Widow?

Belova takes the moniker from Natasha Romanoff, after deciding it is her rightful role after Romanoff joins the Avengers.

The playing and snuggling of the Little Women set stands in stark contrast to Black Widow. Pugh describes getting into action-role shape once again, “After getting the job for Black Widow I was in a big warehouse for a month, just learning from these amazingly magical people how to kickbox, fight, butterfly-knifing, and how I would chop up a human if I was fighting them. It’s totally nuts.”

While Black Widow isn’t scheduled to release until May 2020, the story of Yelena Belova is well-documented in Marvel comics. Trained in Soviet Russia’s most infamous espionage school, the Red Room.

In the Red Room, young girls are groomed into becoming elite deep-cover spies. Under Romanoff’s tutelage, Belova resists the psychological conditioning and eventually takes over for Romanoff as Black Widow.

Florence Pugh has distinguished herself as one of the most versatile stars in Hollywood.  We can’t wait to see what new roles she takes on in 2020. 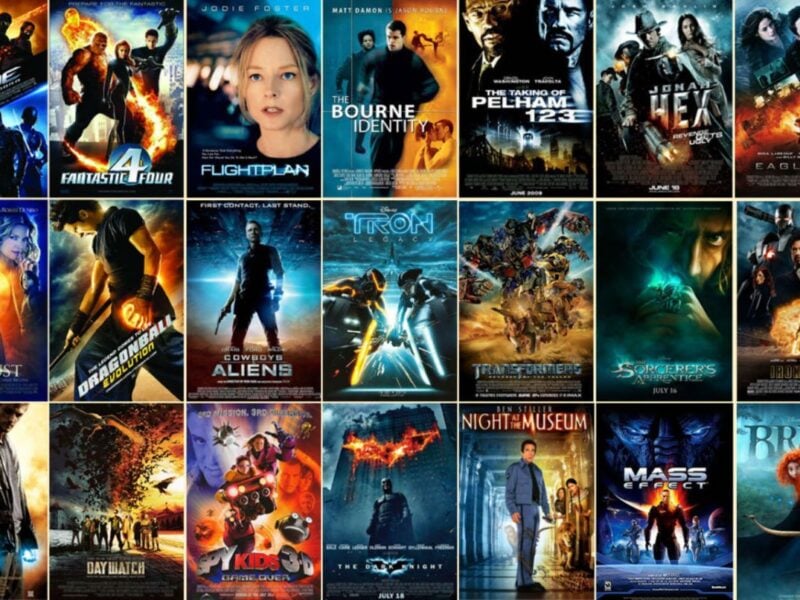 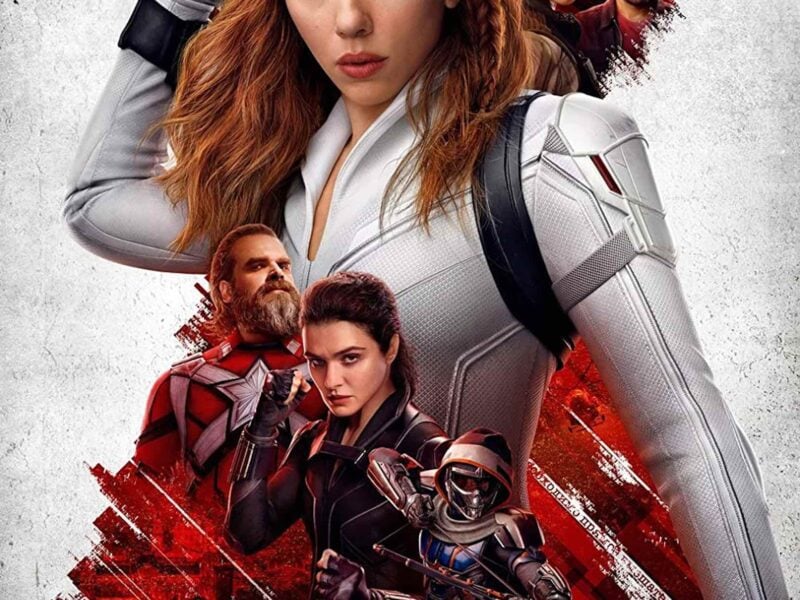