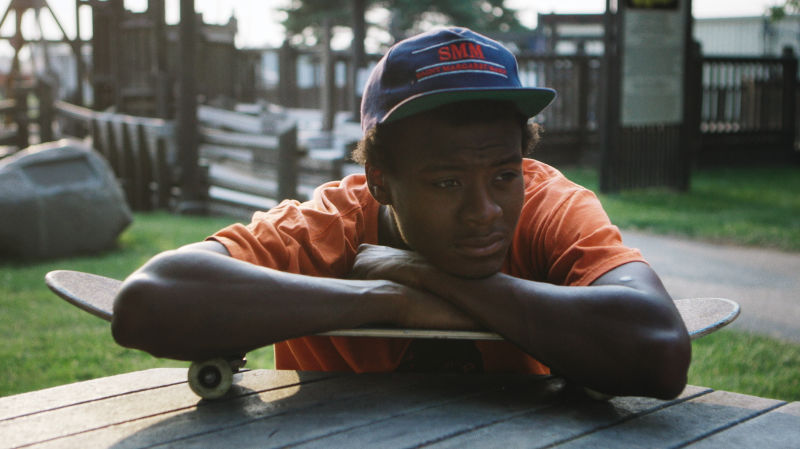 Get your binge on: Everything dropping and departing Hulu this August

August – the summer month when the world communicates by grumbling about it being too hot / cold / rainy, Arizona residents have to wear cooking cloves on their drive to work, and Satan’s spawn emerge to leave their dogs in cars with the windows rolled up (those evil, evil bastards).

But there are some positives about the hottest month of the year, the main one being lots and lots of tasty new content. Hulu’s got the flavor this month with some cool as ice documentaries, frosty films, and shivery shows to chill those brains and soothe those eyes in the fever of the heat. Without further ado, let’s get stuck in!

Hulu’s taken the lead in its original content push with two new documentaries hitting the streamer this month, one of which being the skateboarding doc Minding the Gap. Hulu snapped up Bing Liu’s “different kind of skate film” at this year’s Sundance, which not only focuses on the sport, but also presents a personal story of three young men who are reaching those kidulthood milestones together while escaping volatile families in their Rust Belt hometown through friendship and skating.

The great thing about Minding the Gap is you don’t even have to like or know much about skating to enjoy it – part skate film, part exploration of the challenges and power of youth, this film will hit you right in the feels whether you want it to or not.

Did you figure out Darren Aronofsky’s environmental, Biblical allegory? Is Jennifer Lawrence Mother Earth? What’s that orange stuff she’s drinking? Where can we buy some? And why is her husband so obsessed with those tiny little pictures of himself?

Mother! is a mind-bending mind-fuck of a film, one that you’ll either love or hate depending on whether you enjoy body horrors in which the subtext is laid on thick and heavy. We can only describe it as a bit like watching Westworld if Westworld were a film directed by Alejandro Jodorowsky.

It makes so much sense that Dwayne “The Rock” Johnson’s delve into TV should involve a show entitled Ballers. If you’re looking for an excuse to leave your mind at the door when you get in from work and enjoy some mindless entertainment, or if you’ve been following this trashterpiece since the start, the third season of this sports-themed dramedy is hitting Hulu later next month. Enjoy!

Trashy 90s slasher alert! Urban Legend felt a little overshadowed by such heavyweights of the genre as Scream and I Know What You Did Last Summer, but the film is certainly deserving of merit, ticking all the boxes of everything you could ever ask for in a slasher revival flick. Young hot cast members who are ready for a-stabbing? Check! Generic male killer with scary mask? Check! Storyline that allows for numerous inventive and gory deaths? Double check! Yep, Urban Legend is pure garbage and we love it!

If you’re into Issa Rae’s awkward style of comedy, you’ll be stoked to hear season three of her HBO hit Insecure will be premiering this August. Following the awkward experiences and racy tribulations of a modern-day African-American woman, her craft and performance as Issa Dee is refreshing, inspirational, and funnier than it has any right to be.

Director Edgar Wright took a turn with his filmmaking talents when he released the awe-inspiring Baby Driver last year, about a talented, young getaway driver (Ansel Elgort) who relies on the beat of his personal soundtrack to be the best in the game. We’re not going to lie – we’re bigger fans of Wright’s more modest comedic style seen in Brit hits Shaun of the Dead and Hot Fuzz, and we found Baby Driver to be a little bit too slick. But people seemed to like it, so we’ll let you make your own mind up about it.

Hello there, trashy reality show – we’ve been waiting for you! This absolute crap heap of a show in which the cast comprised of former fan favorites from The Bachelor return to battle it out and find someone to help ease their fear of dying alone is back for a fifth season. Check it out on August 8 (just make sure no one finds out or else that’s your reputation over and done with).

The second film in Hulu’s original documentary push is the Sundance hit Crime + Punishment, which goes behind the scenes and undercover to expose discriminatory policing practices, intimidation, and corruption within the New York Police Department.  It follows a group of minority whistleblower officers known as The NYPD 12, as well as the efforts of cop-turned-private investigator Manuel Gomez, as they seek to expose the illegal doings of the department they’re exploring.

Only recommended to watch before bed if you’re hoping for some dark and surrealist dreams. Season two of Tim & Eric Bedtime Stories is hitting Hulu, bringing with it the distinct humor of the Adult Swim veterans as they pack horrifying and insane tales into 15-minute episodes.

You can find the full list of everything hitting Hulu this August below:

10 Things I Hate About You

A Conspiracy To Rule: The Illuminati

The Beatles: Made On Merseyside

Bring It On: In It to Win It

Bring It On: Fight To The Finish

Curse Of The Starving Class

G.I. Joe: The Rise Of Cobra

The Hunt For Red October

Shaun Of The Dead

Stir Of Echoes 2: The Homecoming

Perfect Bid: The Contestant Who Knew Too Much

To The Moon And Back

Everything leaving Hulu this August:

2 Days In the Valley

Beer For My Horse

Revenge Of The Pink Panther

You Don’t Mess With The Zohan