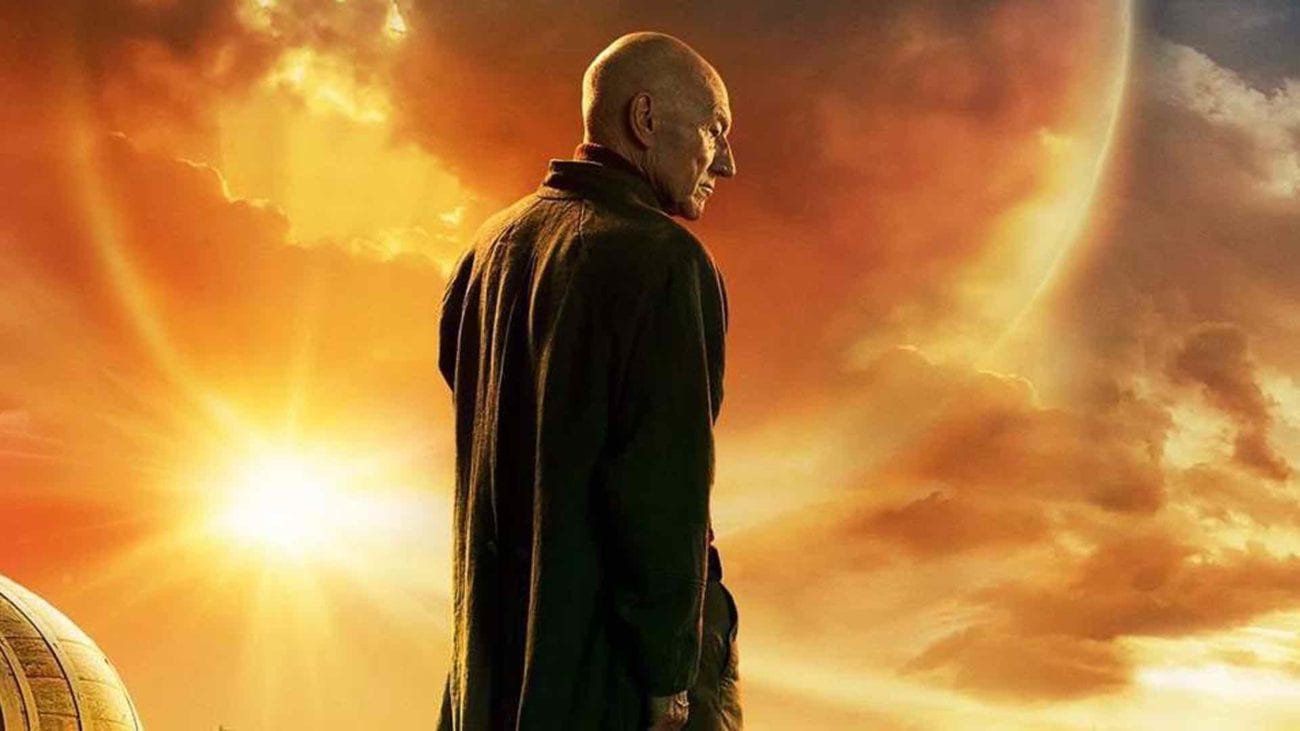 Everything we know about ‘Star Trek: Picard’

After a rather lackluster beginning, 2019’s San Diego Comic-Con ended with an eventful Saturday. Though the biggest story is Marvel’s Hall H panel revealing Phase Four – which doesn’t include any of our ingenious film ideas – we also got a long-awaited taste of CBS All Access’s newest TV series, Star Trek: Picard.

The first Picard trailer dropped at the Star Trek panel, and there’s a lot to unpack. Between the cast surprises, the mysterious woman at Picard’s doorstep, and action-filled shots, we got a lot of information about what to expect from the new series.

For those still screaming about seeing Patrick Stewart back in a Starfleet uniform, or who need a refresher on where we left everyone in Star Trek: The Next Generation, we’ve gotten the data (wink, wink) from the trailer and the panel about what to expect.

As much as we like the chill idea of watching Patrick Stewart manage his family’s vineyard, it’s no surprise Captain Picard finds his way back to Starfleet. His time in the captain’s chair back on TNG was extraordinary and still makes him one of the best leaders in film & television.

Picard finds himself brought back into service by a woman who shows up at his door looking for help. She says he’s her only hope of survival, and since he has a need to serve and protect the universe, he heads back to Starfleet and back onto a Federation ship leading a crew to new adventures. 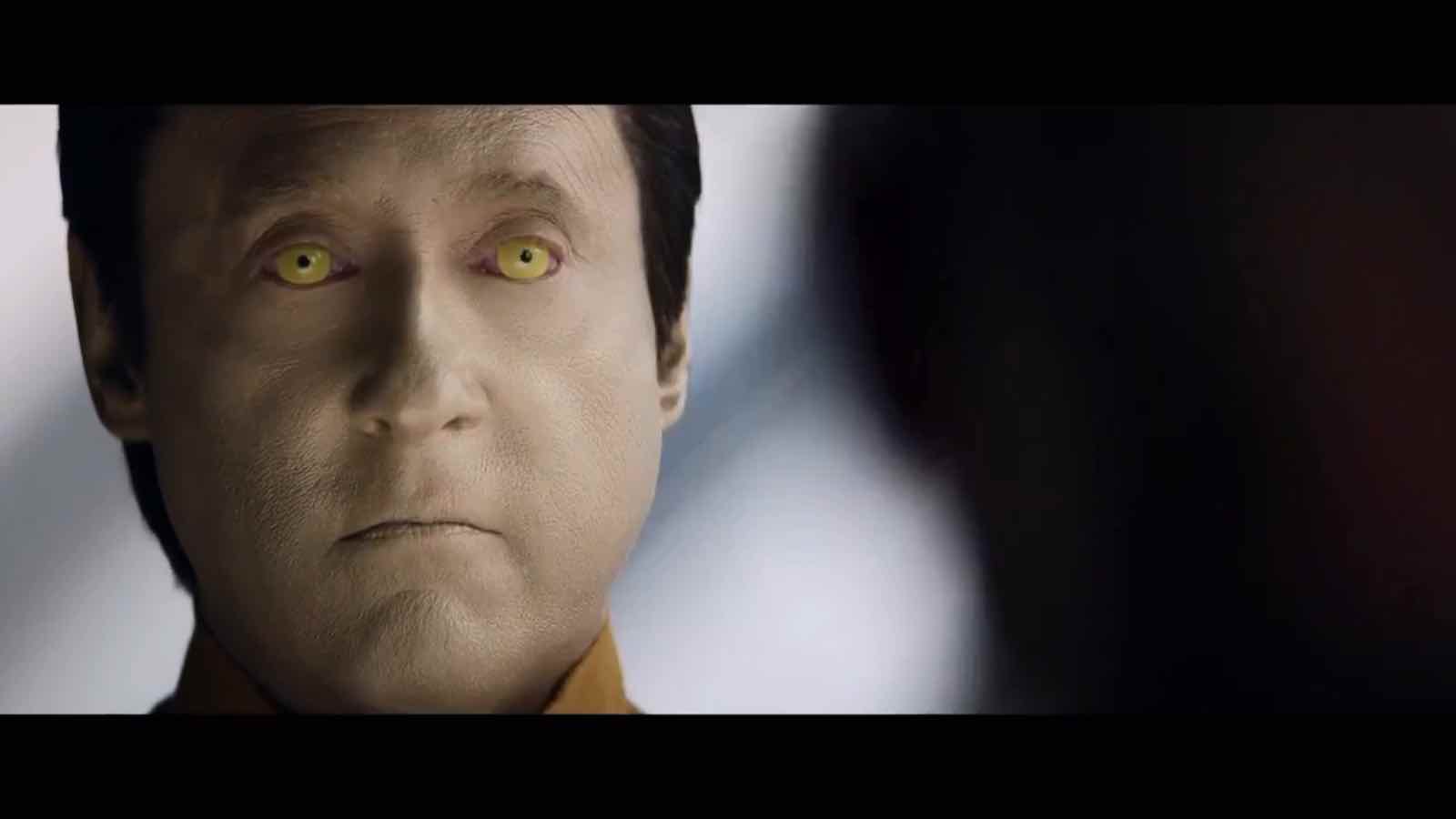 At the end of Star Trek: Nemesis, Data sacrifices himself to save the U.S.S. Enterprise by blowing up Shinzon and his ship, Scimitar. Though the Data we know is gone, it’s also revealed that Data uploaded himself to B-4 before boarding the Scimitar. So one of the biggest questions going into the panel was: would Data, everyone’s favorite from TNG, make an appearance?

Now we know Brent Spiner does appear in Star Trek: Picard to some extent. Picard’s retirement is fueled by Data’s sacrifice, as he has the pieces of Data’s body separated and left in a drawer. At the very end of the trailer, Picard and Data are playing a game of cards together – though it’s not clear if it’s a flashback or not. 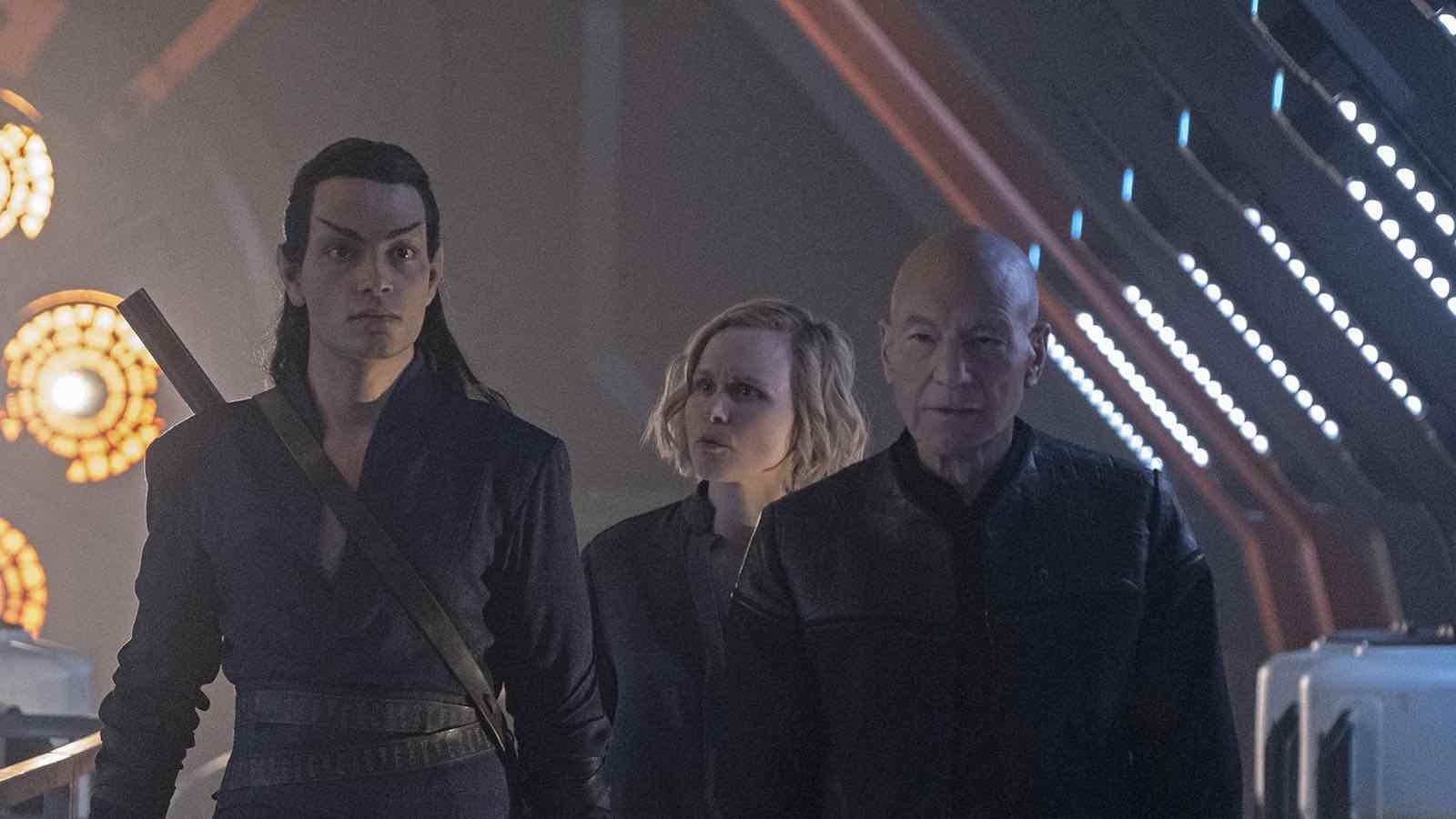 The rest of the cast

We’ve gotten our first peek at the actors new to the Star Trek franchise, while also getting the reveal of who from past shows will make an appearance. Out of the new cast members, Allison Pill, Michelle Hurd, Harry Treadaway, and Santiago Cabrera were seen as the new recruits for Picard’s new ship crew. Isa Briones made a big impact as the unnamed girl who drives Picard to rejoin Starfleet.

But the major news is around the amount of Voyager and The Next Generation appearances: we already addressed Data, but Jeri Ryan will reprise her role as Seven of Nines from Voyager. Marina Sirtis also confirmed on Twitter that Troi and Riker will also make appearances in the series. 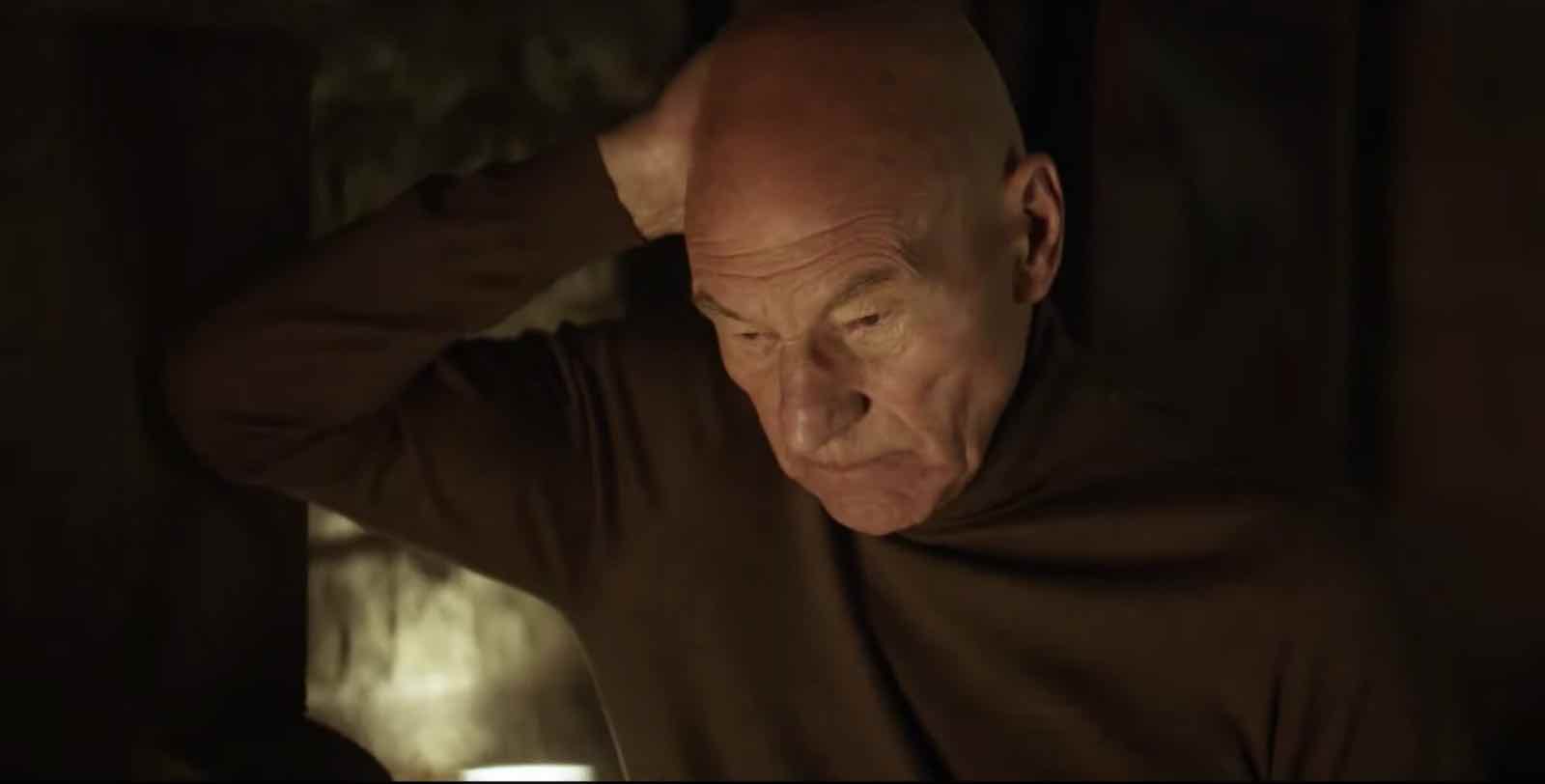 Star Trek has only ever been as good as its villains. One of the best in all of television history will make an appearance in the new series: the Borg returns for Star Trek: Picard as Jonathan Del Arco, who portrayed Hugh in The Next Generation, has been confirmed for the series. No footage is shown of the Borg in the trailer, but they won’t keep the bad guys hidden for too much longer.

However, it may just be Hugh representing the Borg race. If so, there are plenty of villains from The Next Generation who could reappear: the iconic Q (though you could argue he’s more neutral than villainous), everyone’s favorite the Klingons, or even the Romulans, though the last time they appeared on TNG they were actually working alongside our heroes. 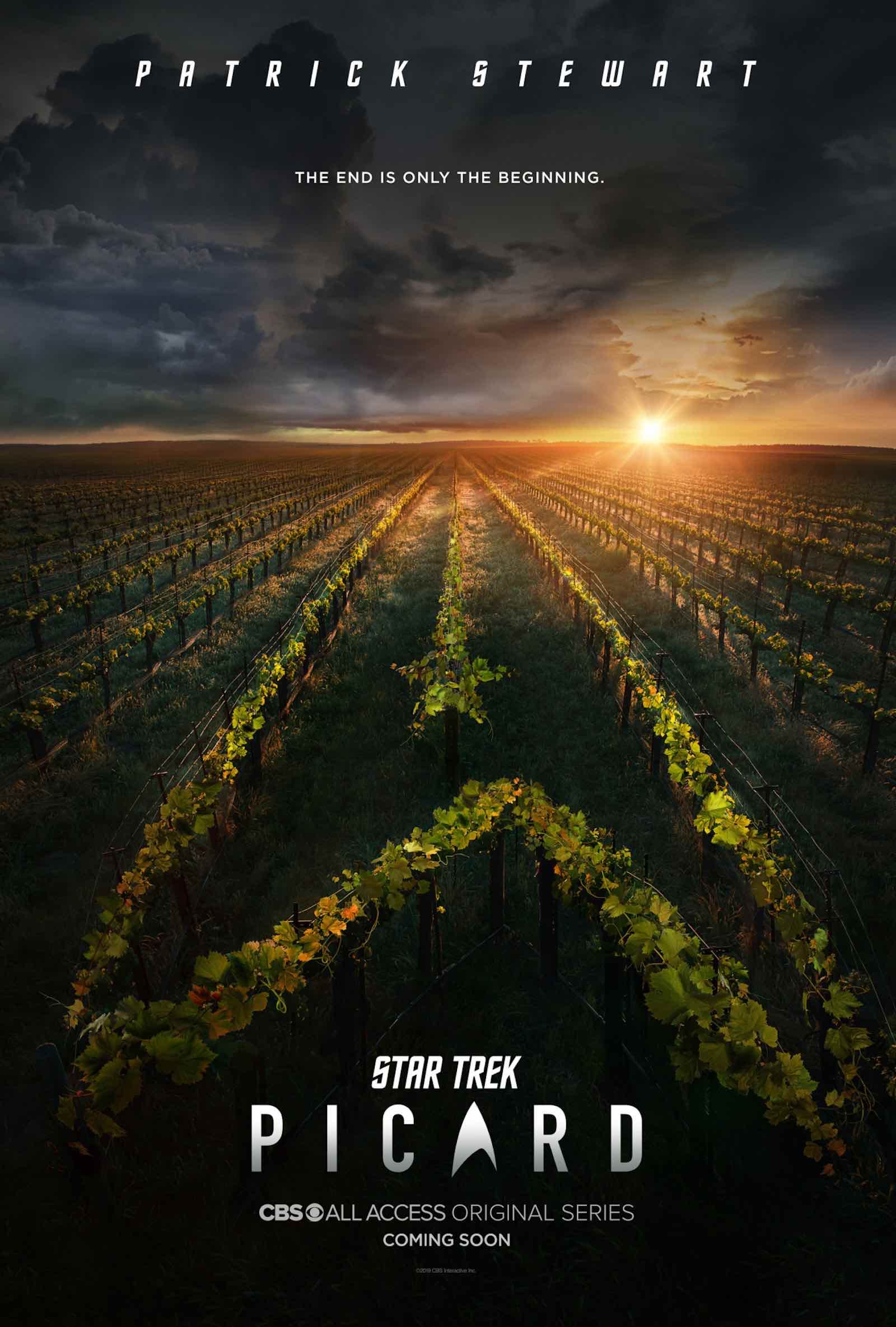