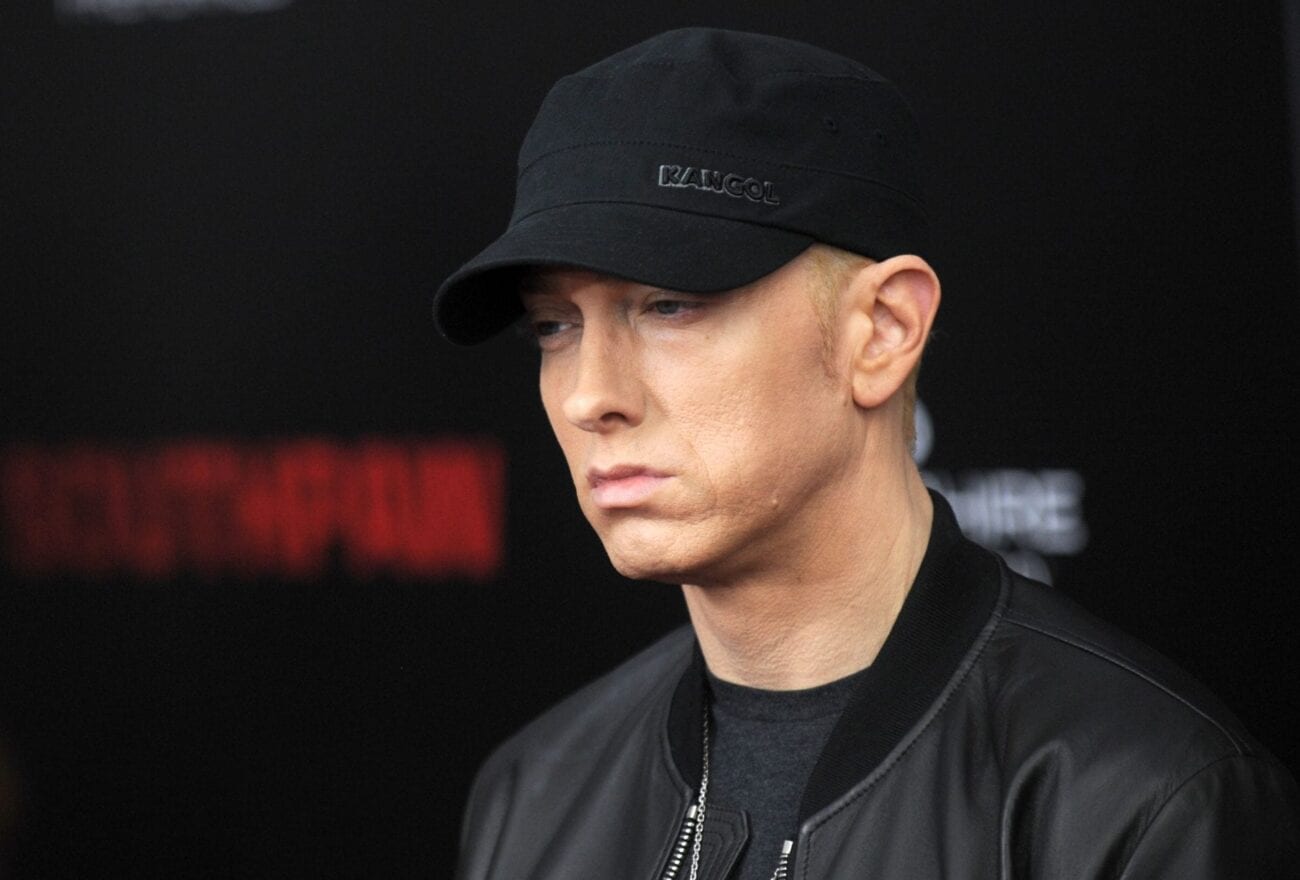 Eminem’s net worth: How did he make his massive fortune?

I’m sorry, Eminem’s net worth is WHAT, again?

American rapper, songwriter, and record producer Eminem has undoubtedly left behind quite the legacy, paving the way for many different artists while creating an empire in the process.

Marshall Mathers, who’s known professionally as Eminem, is considered by many to be the first white-male rapper to be taken seriously in the music industry (sorry, Vanilla Ice), breaking out onto the scene at the tail end of the East Coast vs. West Coast hip-hop rivalry. 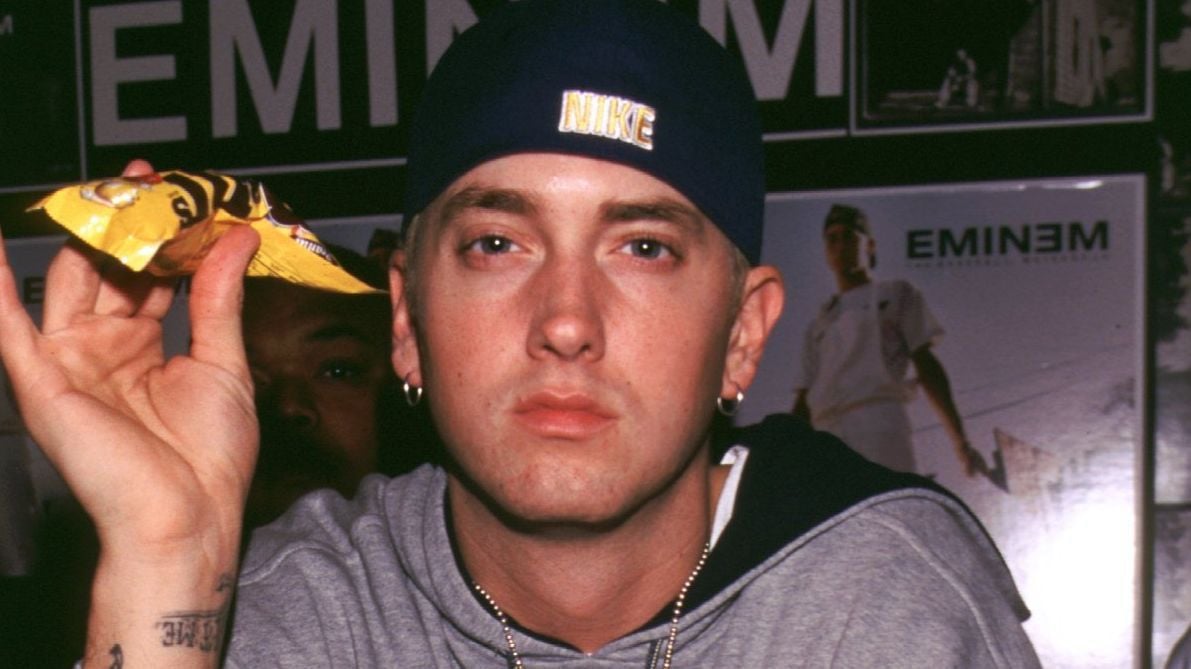 Flash forward through Eminem’s 25-year career, and you’ll discover one of the more impressive careers by any of today’s modern rap icons.

So what is Eminem’s actual net worth? 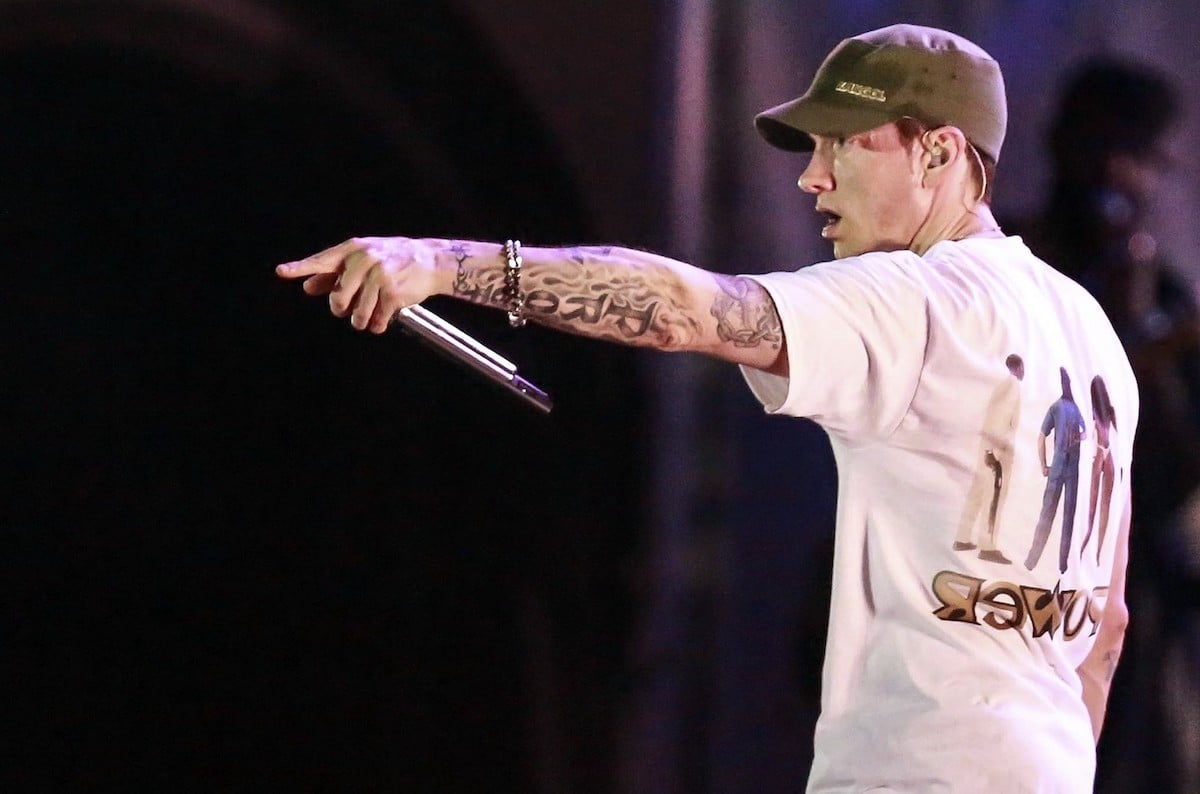 Born on October 17, 1972, in Missouri, Eminem learned of his interest in music as a young teenager, sneaking with his buddy to a nearby high school lunchroom where he would participate in rap battles, admittedly studying the dictionary so he would have access to a larger scale of words to add to his verses. #nerd

Dropping his first album in 1996, titled Infinite, for the independent Web Entertainment label at F.B.T. Productions, Eminem would go on to receive much criticism for the efforts of his first album, getting little on-air time from Detroit disc jockeys while working as a dishwasher on the side in order to support his daughter, Hailie. 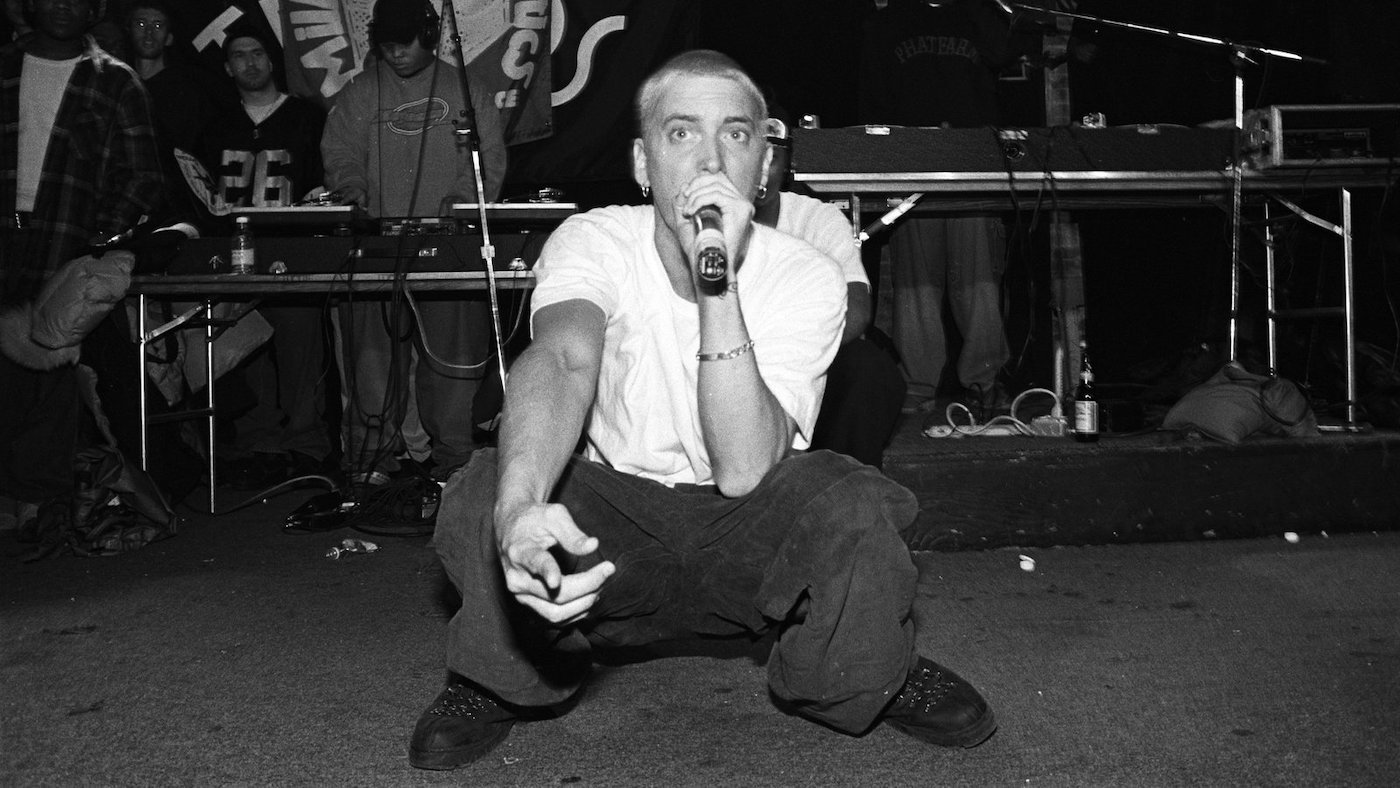 Would the real Slim Shady please stand up?

Earning the attention of rapper & music producer Dr. Dre after a second-place finish at the 1997 Los Angeles Rap Olympics, Eminem went on to develop his second studio album in 1999, The Slim Shady LP, with tracks featuring Eminem’s Slim Shady persona, a character full of anger and hate at the world that best communicated his real-life struggles through rap lyrics.

The Slim Shady LP sold an estimated 10 million copies worldwide, earning Eminem much attention from rap audiences across the globe and creating a stage for himself in which he would be ignored no longer. 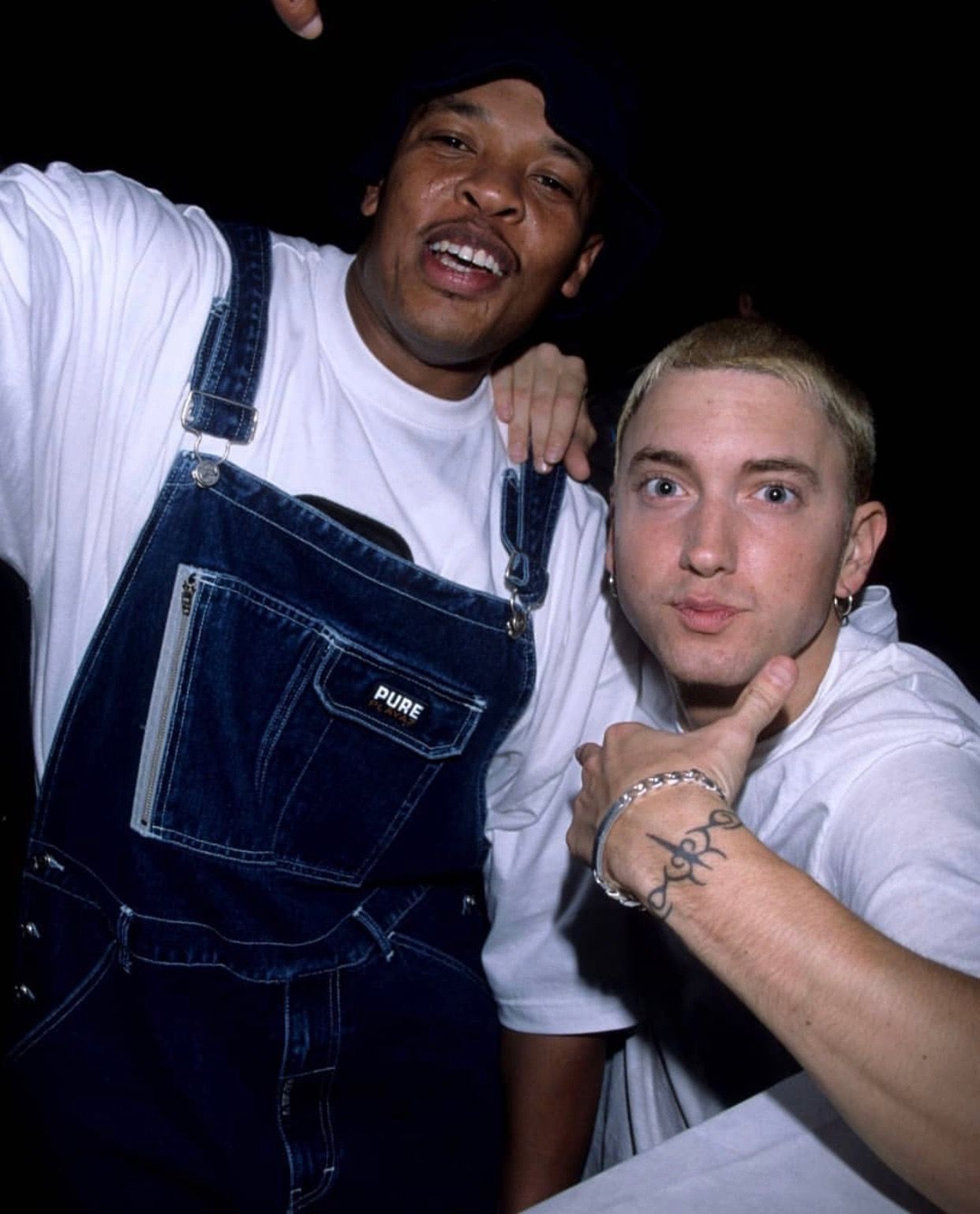 Dipping his toe into a new pool of opportunity, Eminem would go on to star in a loose biopic of his own life endeavors, 8 Mile, a film about a Detroit rapper who’s starving for an opportunity, ready to escape the life he feels trapped in and is prepared to do so by any means necessary.

The 2002 film was generally well received by its audiences, even going on to earn an Academy Award for the original song “Lose Yourself”, performed by Eminem himself.

Eminem’s surprising on-screen charisma led to many studios and directors’ interest in working with the rapper, leaving audiences with a pleasant surprise when they would see the music icon pop up in cameo roles in films such as Funny People, The Interview, and The Wash. 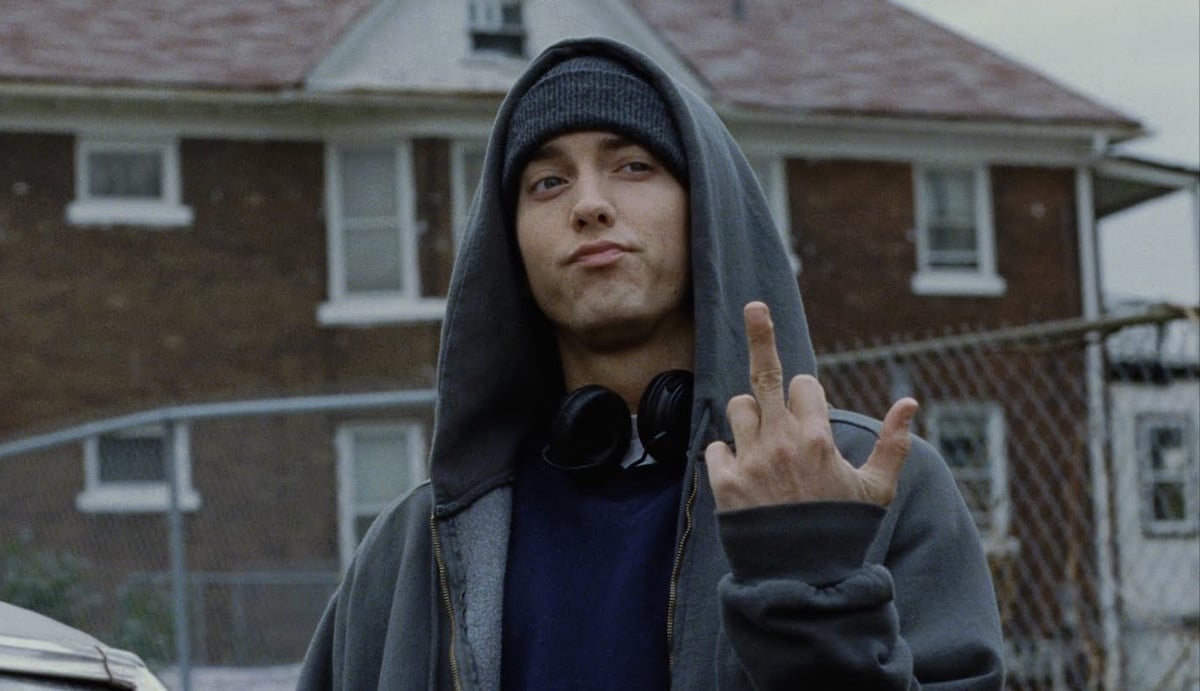 Did you know Eminem was actually the best-selling artist of the 2000s, selling more than 32.2 million albums and beating artists such as Usher & NSYNC? Spoiler alert: “Bye Bye Bye” to that boy band’s future.

Well, he did, going on to eventually earn forty-three Grammy nominations and winning fifteen of them. 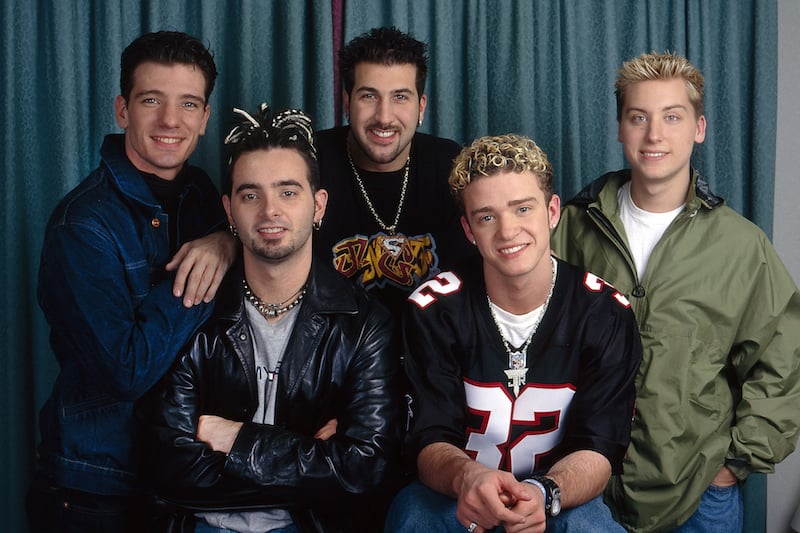 The rapper has had an impressive run, to say the very least, which is why it should be of no real surprise that Eminem carries a very large purse.

In fact, in 2018, Forbes’s list of the richest rappers placed Eminem on its #4 spot, putting him only behind rappers Dr. Dre, Diddy, and Jay-Z.

Today, it’s estimated that Eminem has a net worth of $230 million, making just around $20 million a year as one of the world’s top-paid entertainers.

With that type of money, Eminem should just pay someone else to “clean out his closet”.