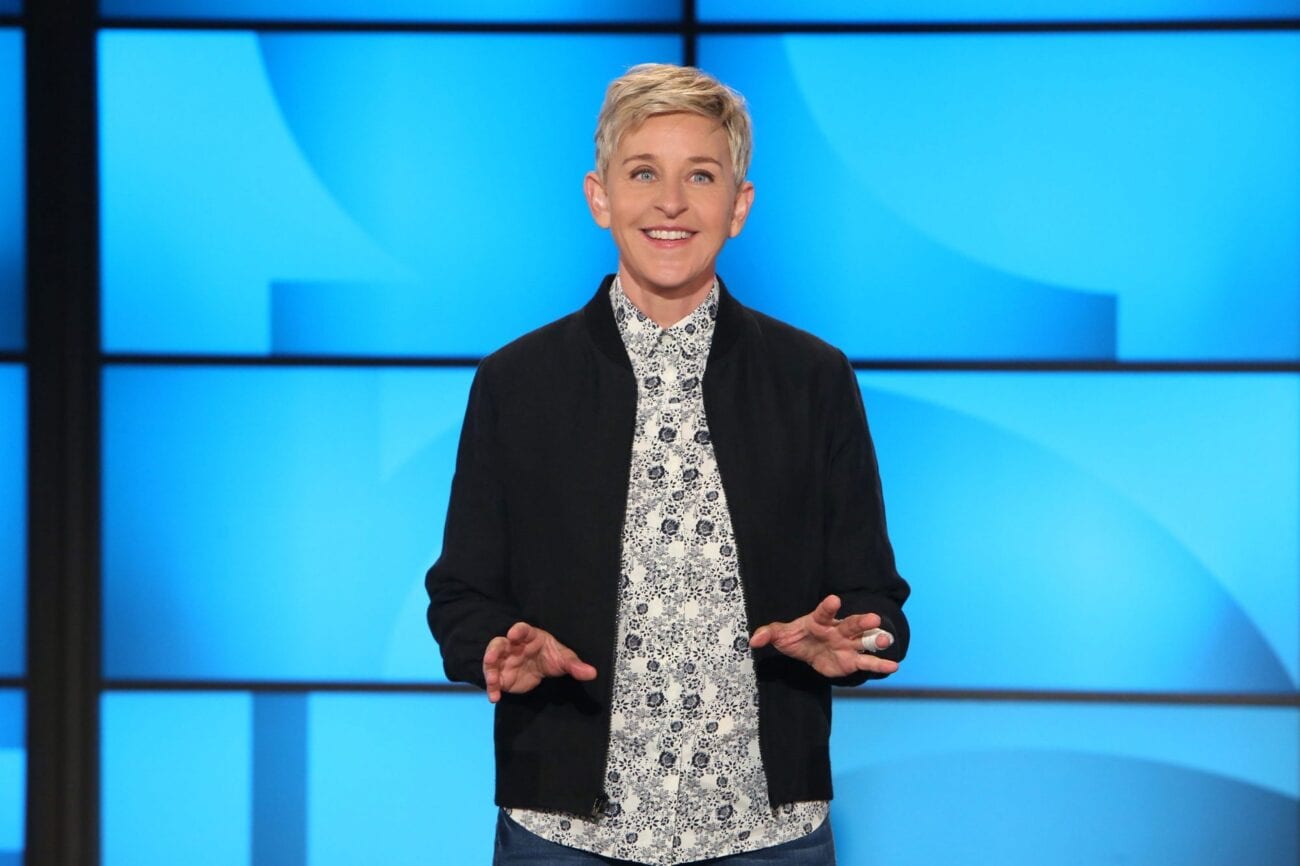 Which ‘The Ellen DeGeneres Show’ staff member did Ellen hire on air?

Amidst all the allegations against Ellen DeGeneres and the toxic work environment fueled behind the scenes of The Ellen DeGeneres Show, Twitter has become a point platform for criticism against the talk show host.

When a 2009 tweet from Ellen resurfaced, initial reactions were the possibility of adding more fuel to an already out-of-control fire for Ellen’s public image. Instead, we got a reminder of the days when Ellen was noted only for her open-arms and grand acts of kindness – like changing the life of one staff member by hiring them on-air. 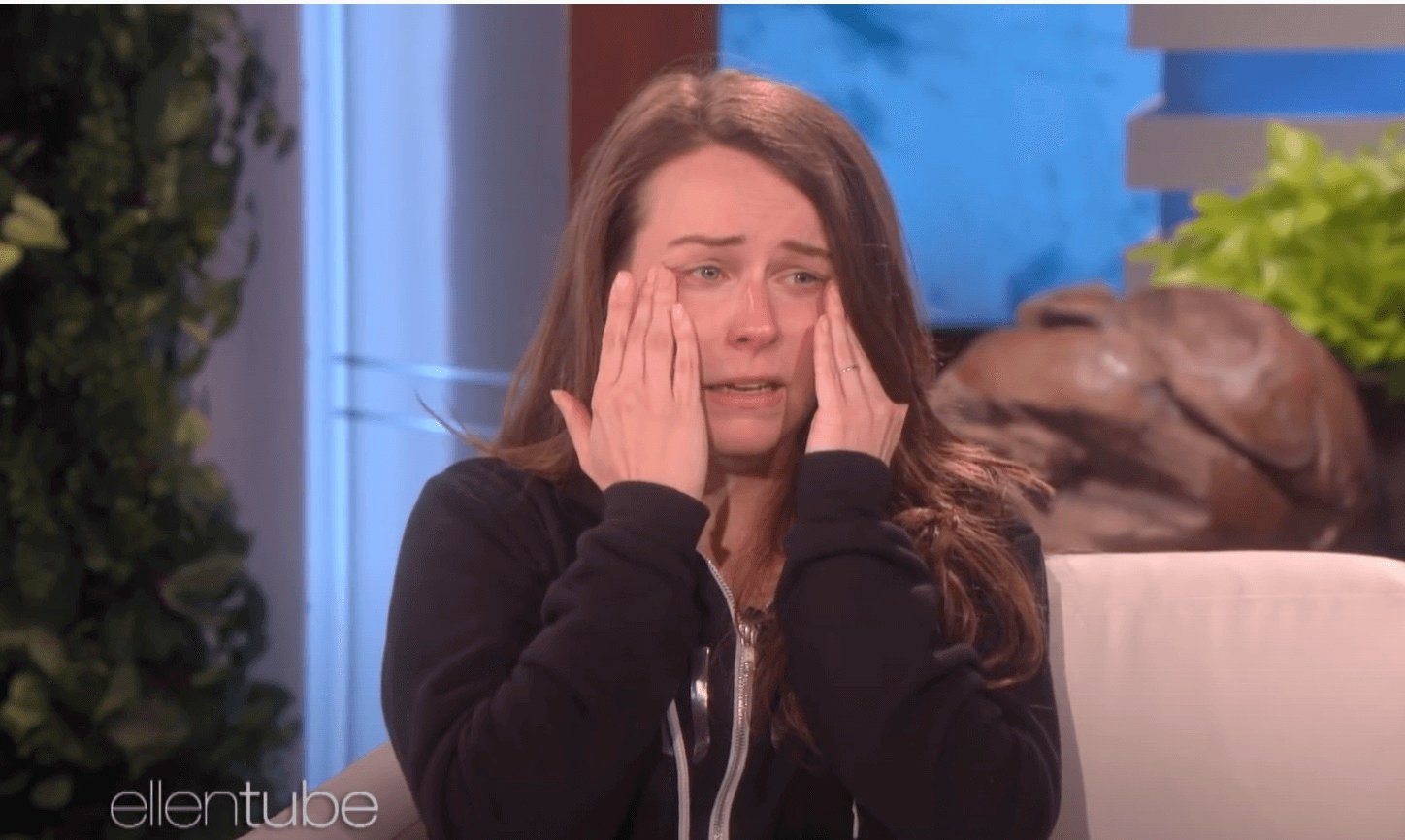 Ellen’s tweet about staff member is not what you think

From spring Twitter threads documenting meanness to high-profile celebs scrutinizing or standing by her actions, Twitter has been abustle with discussions on Ellen DeGeneres. It’s no surprise amidst a search for truth, social media deep-dives have uncovered one of her post’s from 2009 – but it’s not at all what you may think.

In June 2009, a stand-alone Tweet from DeGeneres’s Twitter account read: “I made one of my employees cry like a baby on today’s show. Honestly, it felt good.” Without context, it’s easy to see why now in 2020, the meaning may have been lost on those looking for further evidence of wrongdoings on The Ellen DeGeneres Show.

The actual source of crying was in response to an act of generosity by Ellen, who in 2009, surprised an unsuspecting member of her staff a year after making an even grander gesture – supplying that individual with a job on The Ellen DeGeneres Show. 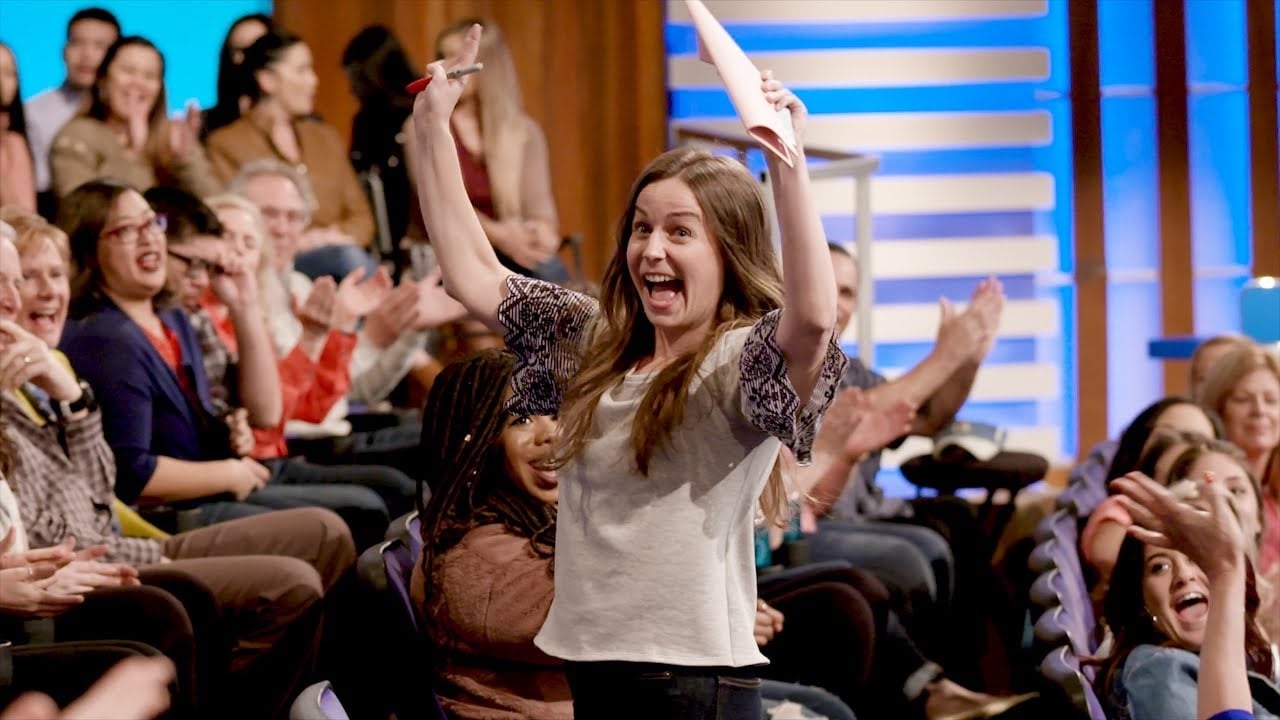 In a story capturing the soul of The Ellen DeGeneres Show, Ellen received a written letter from superfan Jeannie Klisiewicz in 2008. Jeannie was a consistent viewer of Ellen’s show, and often participated in every viewer contest she could – alas, Jeannie never won.

In Jeannie’s first appearance on The Ellen DeGeneres Show, she was called by Ellen on-air who informed Jeannie she still had not won any contest. Jeannie took the joke and responded with her true desire: she needed a job, and would work anything Ellen had to offer. Jeannie even jokes, “I mean, I’ll like, clean your bathrooms.”

Sources noted Ellen “wanted to do something special for [Jeannie] because of her positive attitude,” and offered something much better – a flight out to see The Ellen DeGeneres Show in person where Ellen offered Jeannie a full-time job on the air. 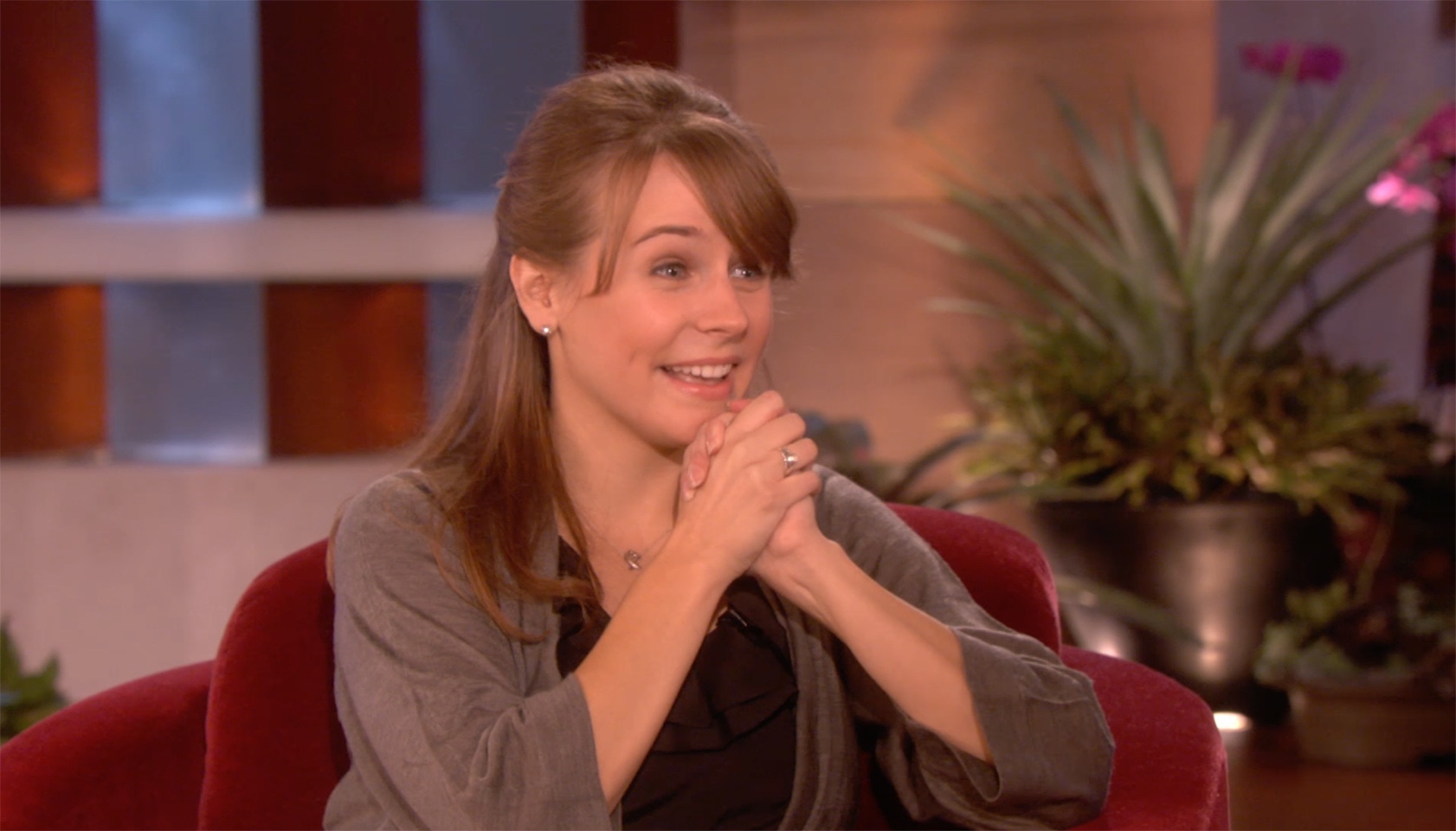 Jeannie Klisiewicz has spent a dozen years with The Ellen DeGeneres Show – reporting from the field, surprising unsuspecting viewers, and assisting with various levels of show production. So if Jeannie was hired in 2008, what emotional event was Ellen tweeting about in 2009?

Ellen decided to surprise Jeannie again in 2009 to celebrate her one-year anniversary working on The Ellen DeGeneres Show. After Ellen invites Jeannie to join her on stage, Ellen airs a video of some of Jeannie’s best moments from her first year working on the show. Jeannie can’t hold back her tears, ever-thankful for such an amazing opportunity.

Ellen proceeded to tell Jeannie, “I had no idea you’d be so great,” right before giving her a seven-night cruise for two to thank Jeannie for all her hard work. Jeannie weeps tears of pure joy, and thus, a tweet about a staff member crying is born. 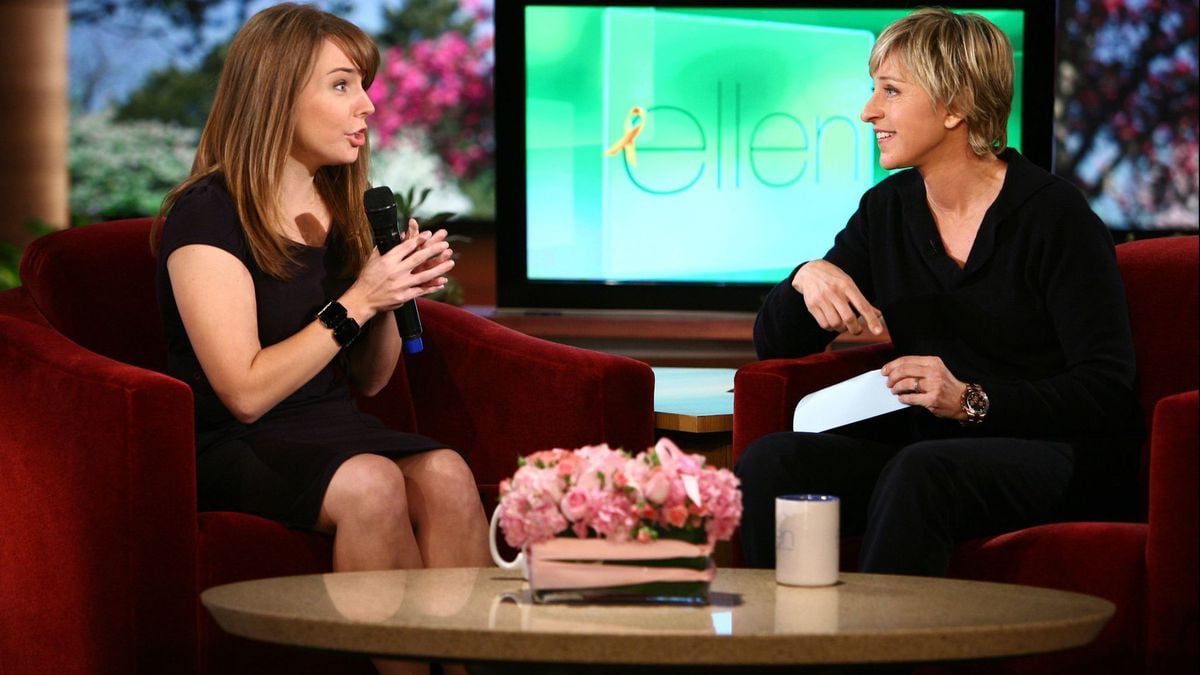 The story of Jeannie is a powerful example of the standard of kindness fans of The Ellen DeGeneres Show have held for both the program and its host. Ironically, it was also not the last time Ellen would make Jeannie cry on air – the host surprised Jeannie for her ten-year work anniversary with both a new car and an engraved seat in the audience.

In response to yet another incredible gift and emotional video montage, Klisewicz responded: “I have the best job in the whole world getting to work for you [Ellen] and work for all of these people. She’s the best and it just trickles down to every person we work with and it’s just the best place and I’m so grateful for that.” 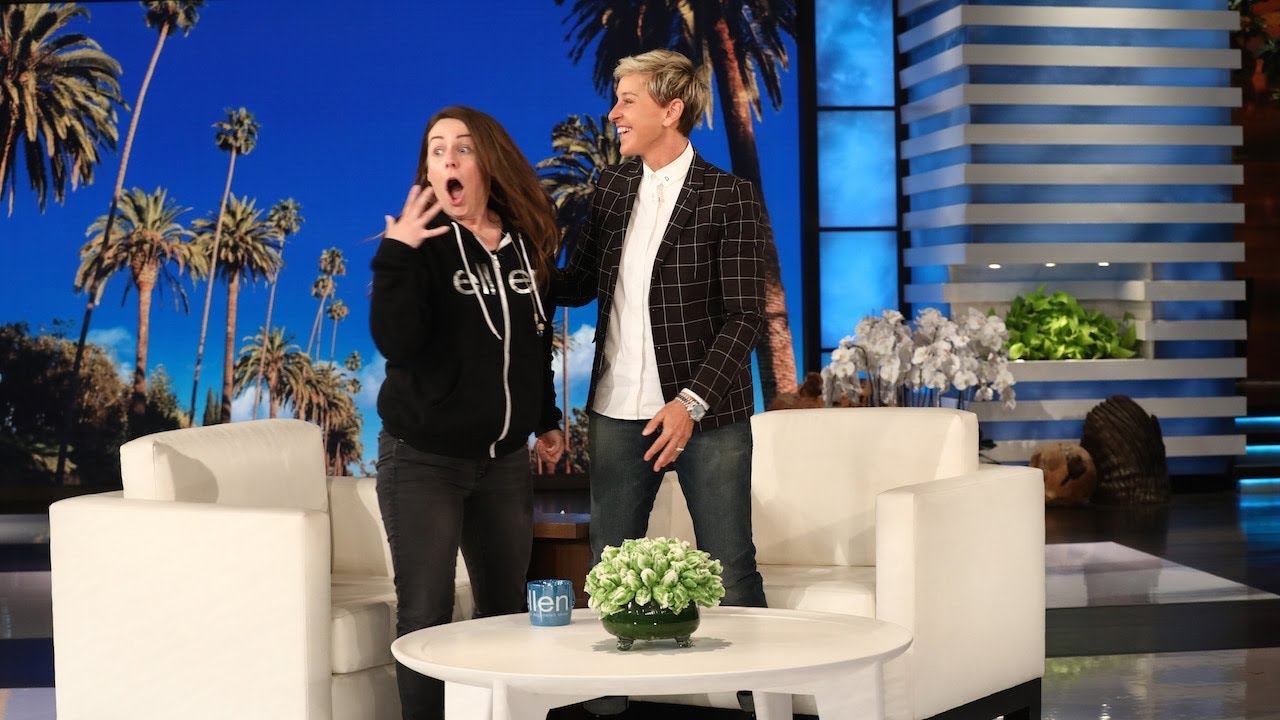 If Ellen’s tweets about tears spawn from using The Ellen DeGeneres Show as a platform for positivity and opportunity then we’re all for it. In fact, keeping the trend alive would’ve likely done more to keep Ellen out of hot water.

With an internal investigation finding at least three senior members of staff responsible for sexual misconduct, hiring from the outside may help change the show’s very system. Now’s the time for more people like Jeannie to step up and ask for jobs. After all, The Ellen DeGeneres Show is going to have several positions to fill.

From being hired on-air to twelve years of working her way up in the TV industry, Ellen’s gift of opportunity to Jeannie was one of a lifetime. Even as allegations of harassment, toxicity, and sexual misconduct have plagued Ellen’s show – from host to high-level producers – it’s clear some staffers had more rewarding times than others.