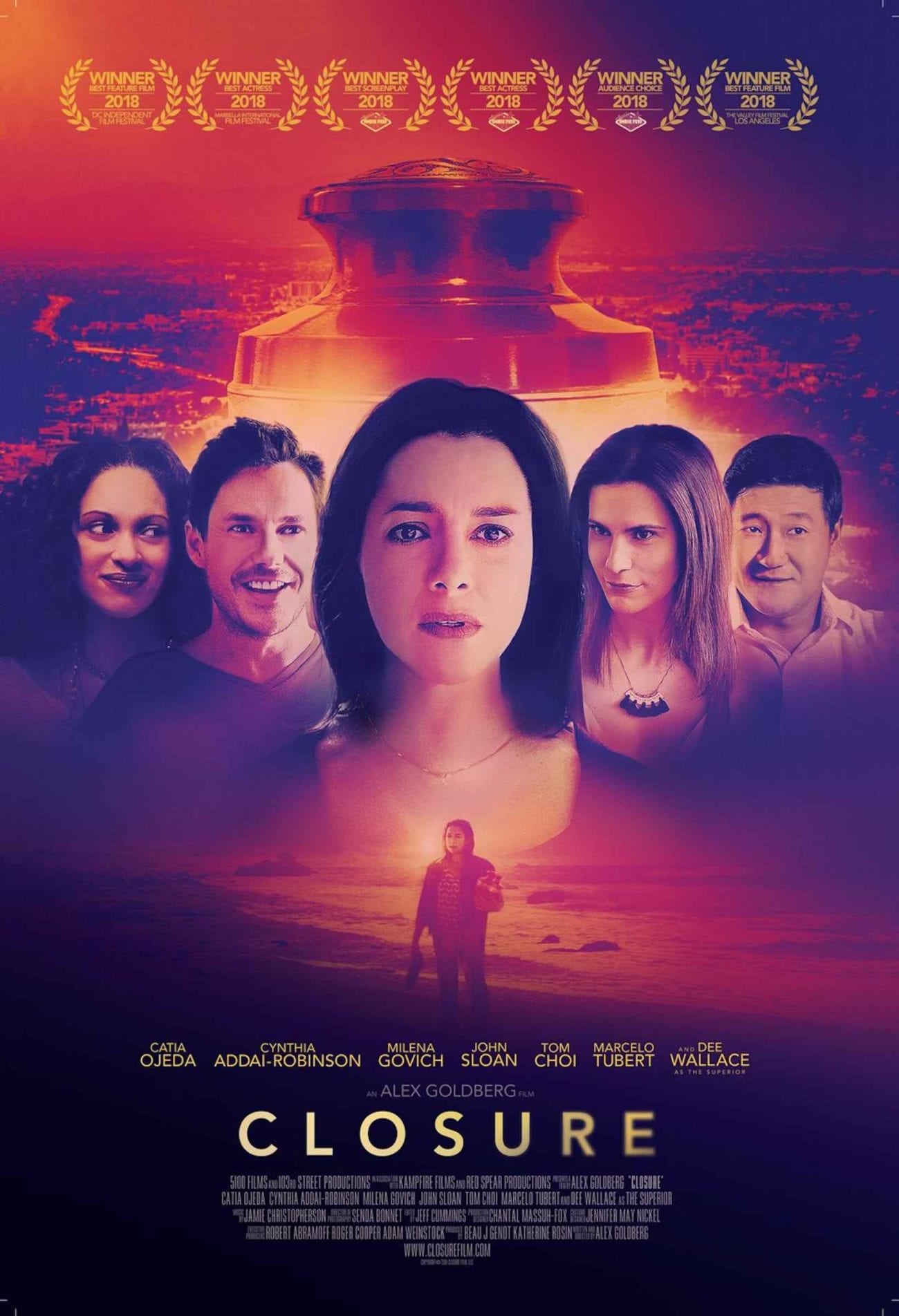 Are you looking for movies about the insanity of Hollywood? Want a hilarious and charming indie that ridicules the pretentiousness inherent to L.A., but doesn’t go too dark with it? Closure may be the film for you, which you can check out at ClosureFilm.com. Starring Catia Ojeda and hailing from a script from first time writer-director Alex Goldberg, Closure promises to be an experience to watch.

Ojeda has had a varied career as an actor appearing on television, stage, and film. Her credits include Just Add Magic, It Is Done, and Brendan. For her role in Closure, Catia Ojeda won Best Actress awards at Austin Indie Fest and Marbella International Film Festival (Spain). 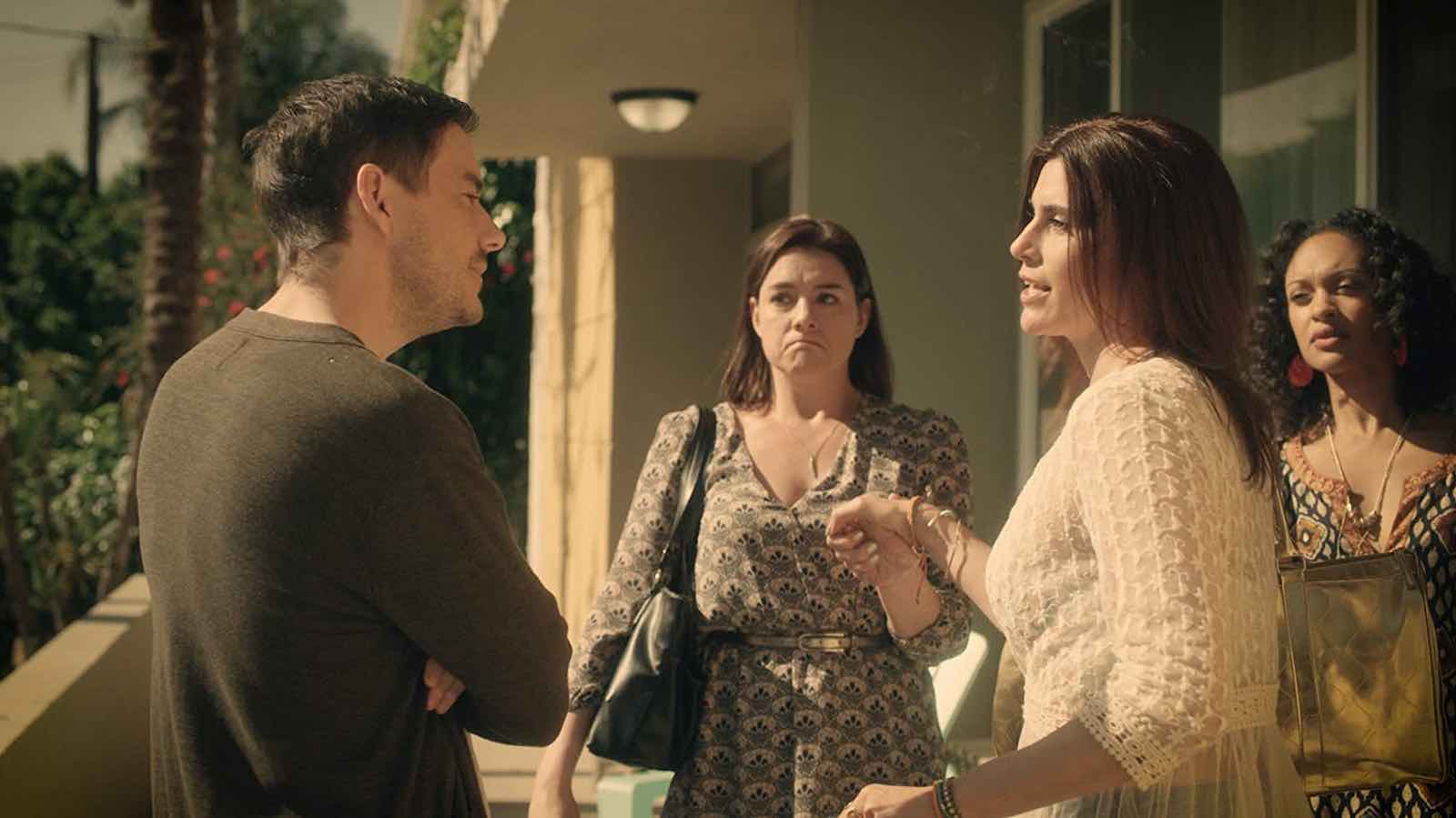 So what is Closure?

Closure is a sort of dramedy mystery as a young woman heads to L.A. in order to find her sister following the death of her mother and her life coming apart.

Here’s the synopsis for Closure:

“Her mother is dead. Her fiancé is now her ex. And the airline lost her luggage. This begins Nina’s first trip to Los Angeles. As a deathbed promise to her mother, Nina vows to find her sister Carrie who moved to L.A. years ago and hasn’t communicated with her family in months. 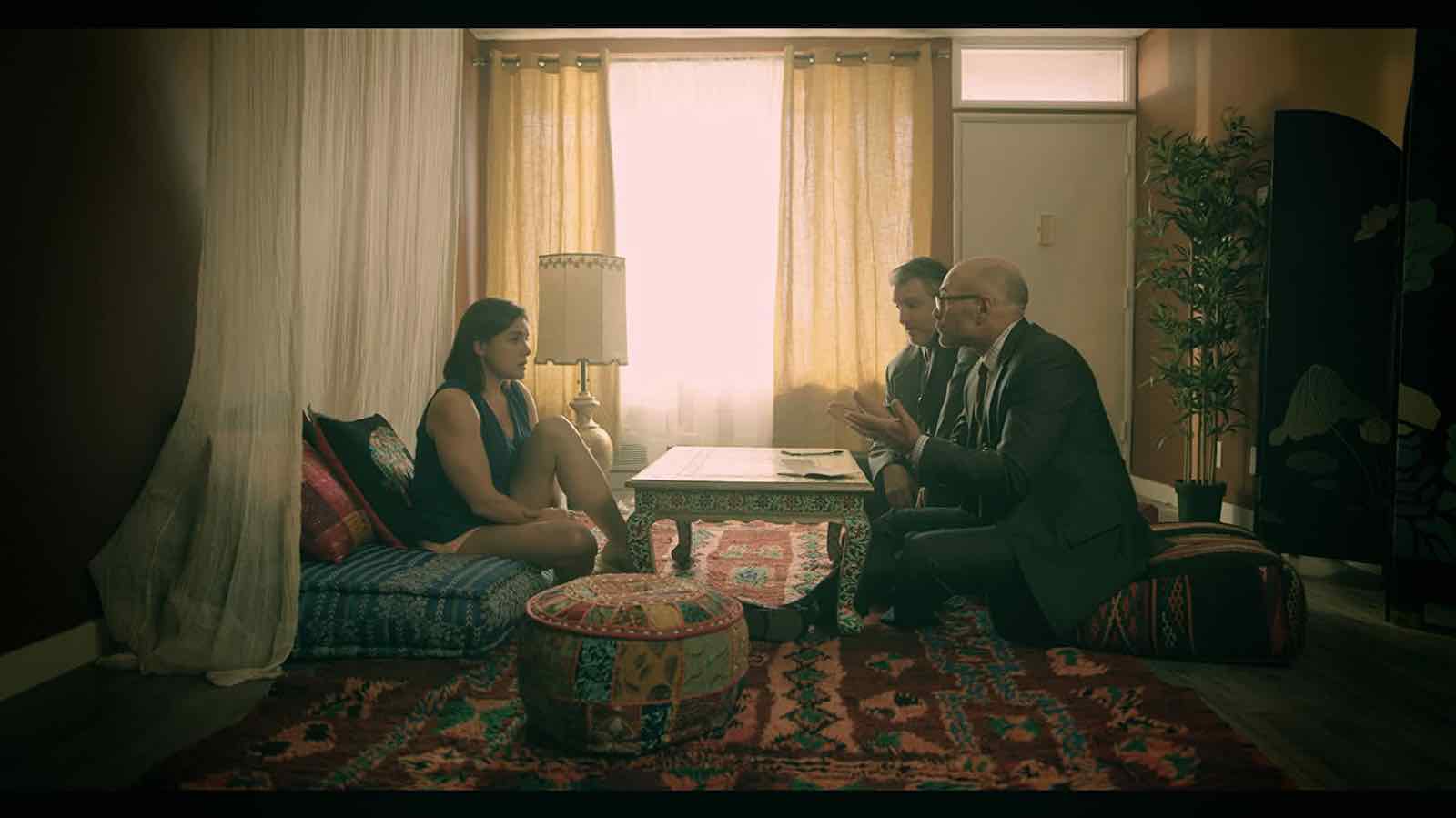 Nina’s only clue is an apartment address in The Valley, but Carrie’s spiritual and earthy roommate Yasmina is little help. However, Yasmina allows Nina to stay in her sister’s room where she begins to piece together what happened to Carrie. Her journey as a novice detective is helped, but frequently hindered, by a variety of self-absorbed Angelenos.

In addition to the not-quite zen Yasmina, Nina encounters the polyamorous writer couple Jack and Prudence, two detectives who aren’t on speaking terms with each other, a fastidious money man and his pug, and a surprising romance. Nina’s quest leads her to The Superior, the enigmatic leader of an organization who Nina believes holds the key to the whereabouts of Carrie. Nina continues digging deeper into a side of Los Angeles that outsiders rarely see in her quest to find her sister and get Closure.” 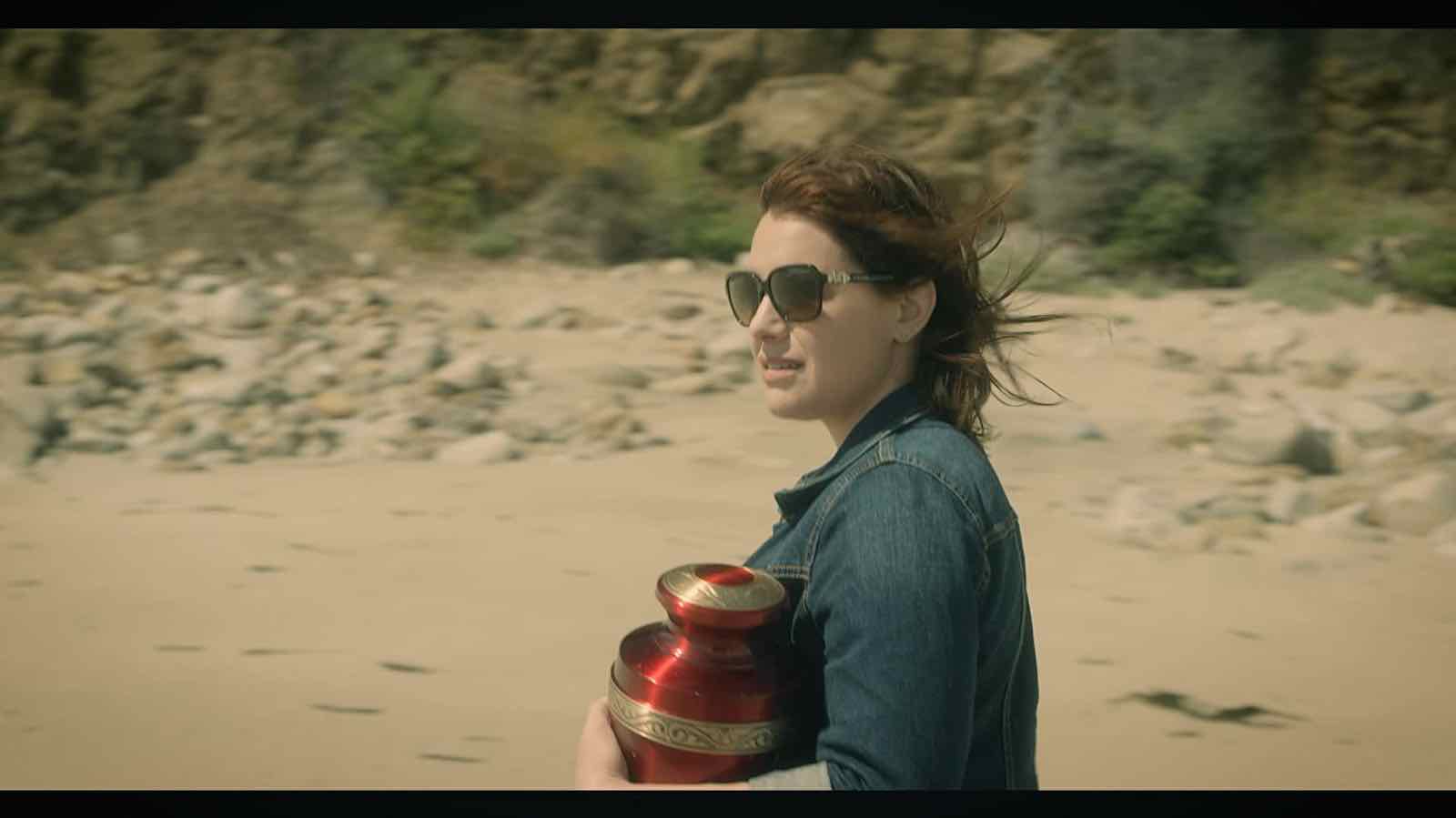 What do people think about Closure?

“Debut writer/director Alex Goldberg comes out swinging in this remarkably well put together second effort . . . Delivering a powerful helping of faceless America, Los Angeles is used as a pallet containing everything that is good and bad about the USA . . . Nina’s string of interactions are reactions to the alienation caused by technology, money and unbridled liberalism . . . The closure she gets may not be the closure she wanted, but it turns out to be the closure she needed.” — It’s Just Movies 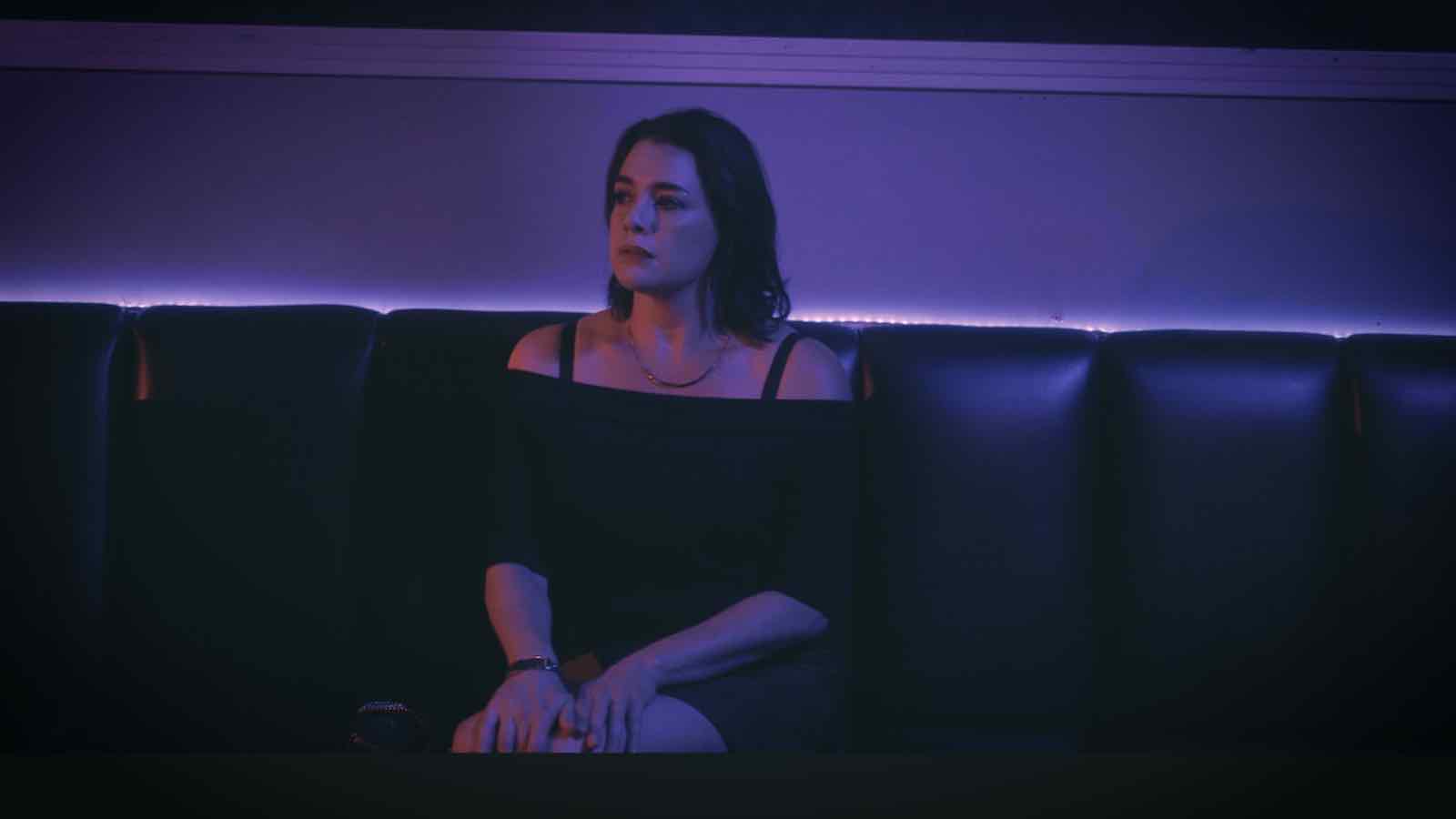 “Overall, Closure is a pure hoot in that it never misses a bouncy beat in slyly ridiculing the L.A. lifestyle and its pretentiousness in people and purpose. Armed with snappy-induced dialogue, observational sight gags, the Hollywood backlot of beach yoga instructors and freelance writers, fragile random romantic relationships and sex cults as well as loony lawbreakers and law enforcers, Goldberg fills to the brim the surreal ridiculousness that he establishes in this cunning comedy . . .”

“Goldberg’s indie darling Closure is delightfully cogent in its peppered presentation making it one of the most robust and refreshing comedies released this year.”
—FilmFeast

“There have been plenty of movies that have skewered the sunbaked air of Los Angeles and the strange people who breathe it – Mick Jackson’s L.A. Story and Robert Altman’s The Player remain two of my favorites – but folks, if you find somewhere showing writer-director Alex Goldberg’s Closure . . ., you might want to catch this whimsical gem – and make room for its sardonically witty fish-out-of-Midwestern-water tale on the Hollywood-as-another-planet list.”
—Film International 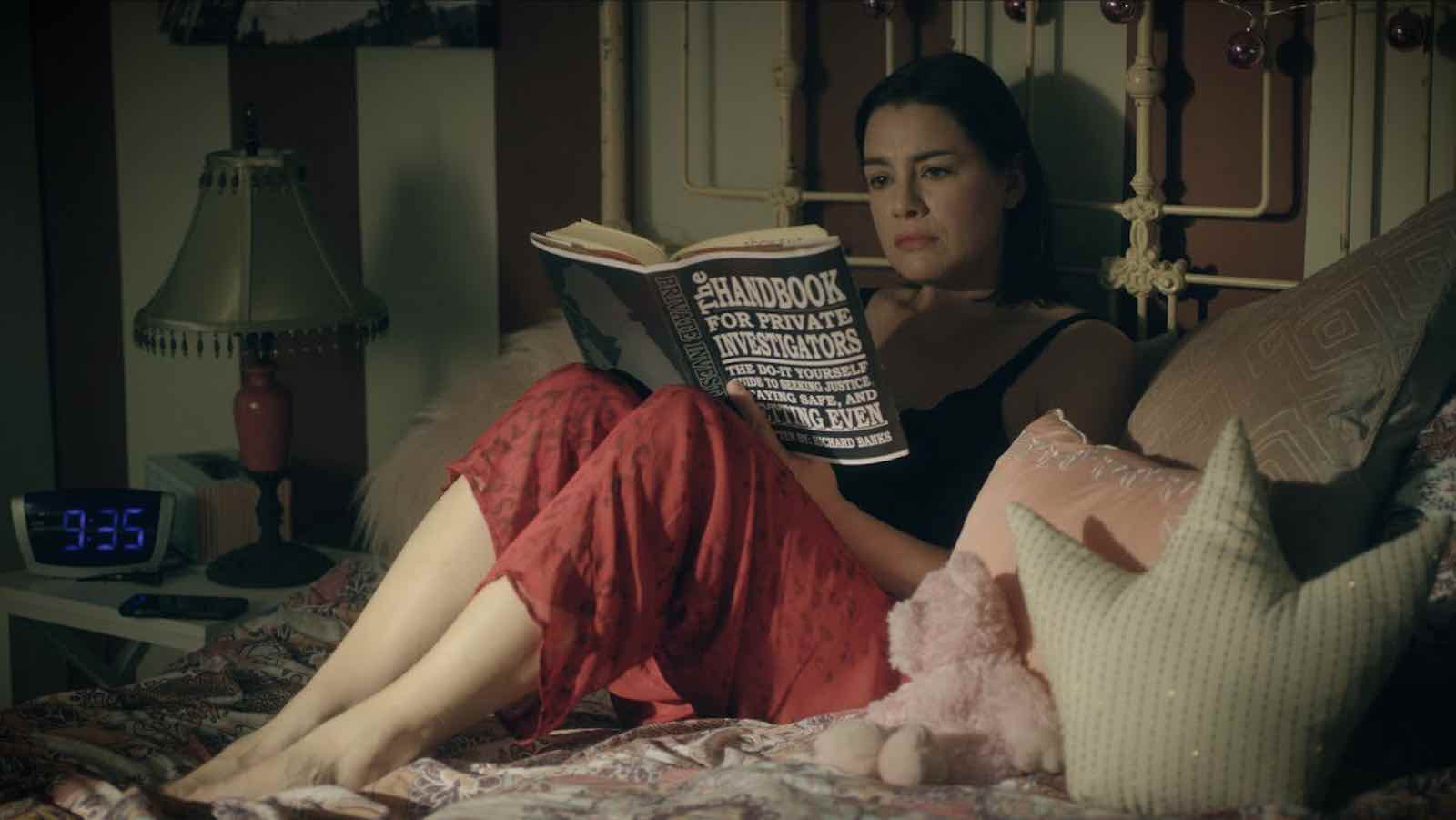 What awards has Closure won?

Closure has definitely been something of a darling at a variety of festivals. Some of the wards that this indie darling won are: 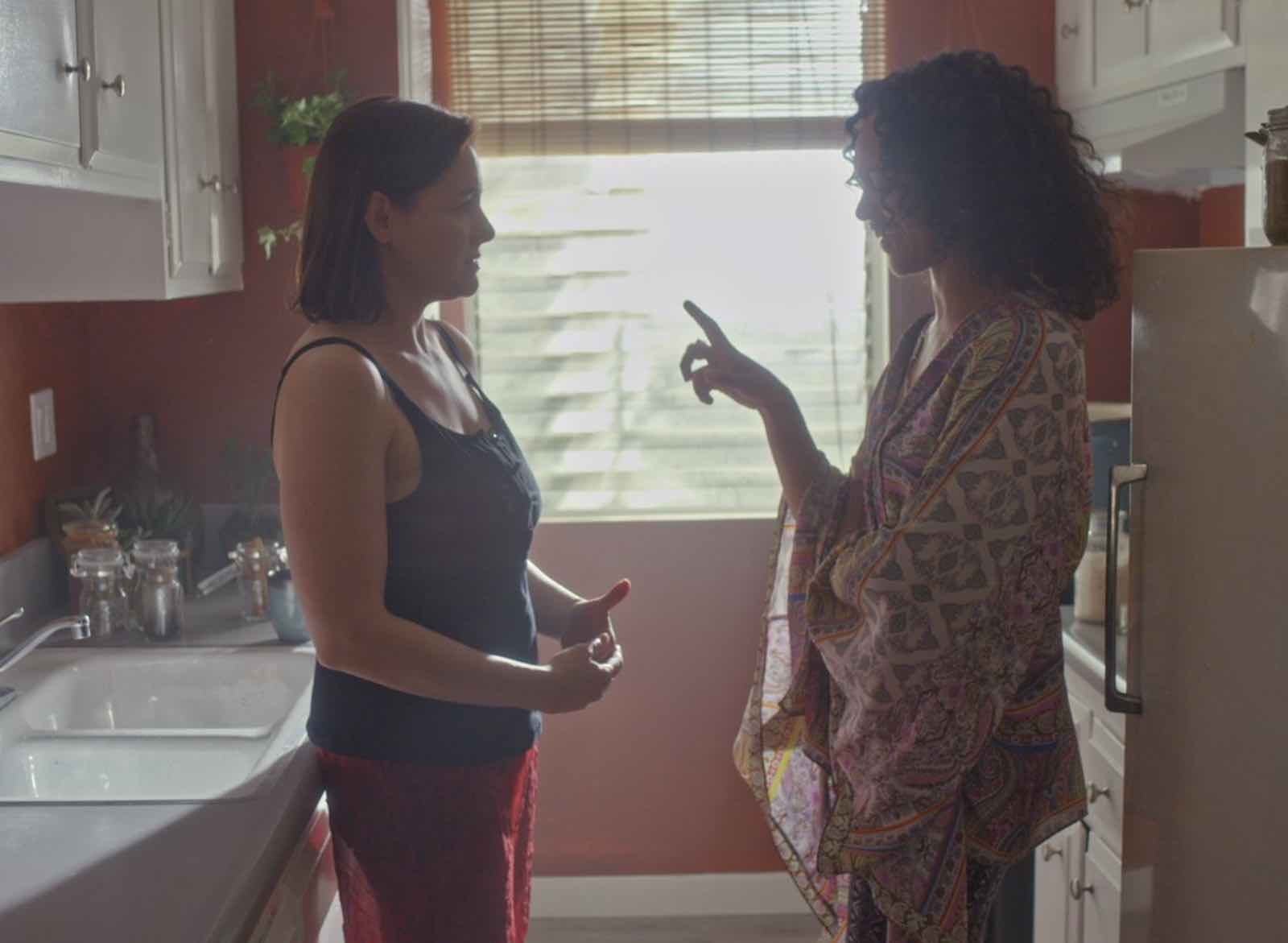 Interview with Catia Ojeda of Closure

I’m currently very inspired by actresses I admire that have either started their own production companies, or spoken out against injustice in our industry and the greater world, or made it a point to empower fellow women- women like Reese Witherspoon, America Ferrara, Natalie Portman, Alyssa Milano, Kerry Washington, Elizabeth Banks.

Meryl Streep has been my hero for as long as I can remember. When I was a kid, my grandmother made me watch a lot of classic films from the 30s and 40s. I especially loved Katharine Hepburn and Bette Davis.

Not actively, and I really miss it. My career began in the theater, which will always be my first love. Since I moved to Los Angeles in 2012, I’ve found more work in film and television, which I absolutely love and was my goal in moving here, but it’s definitely not as communal.  I also have 2 little kids (ages 5.5 and 20 months) and in addition to being wonderful and hilarious and filling my life with love, they sure take up a lot of time. 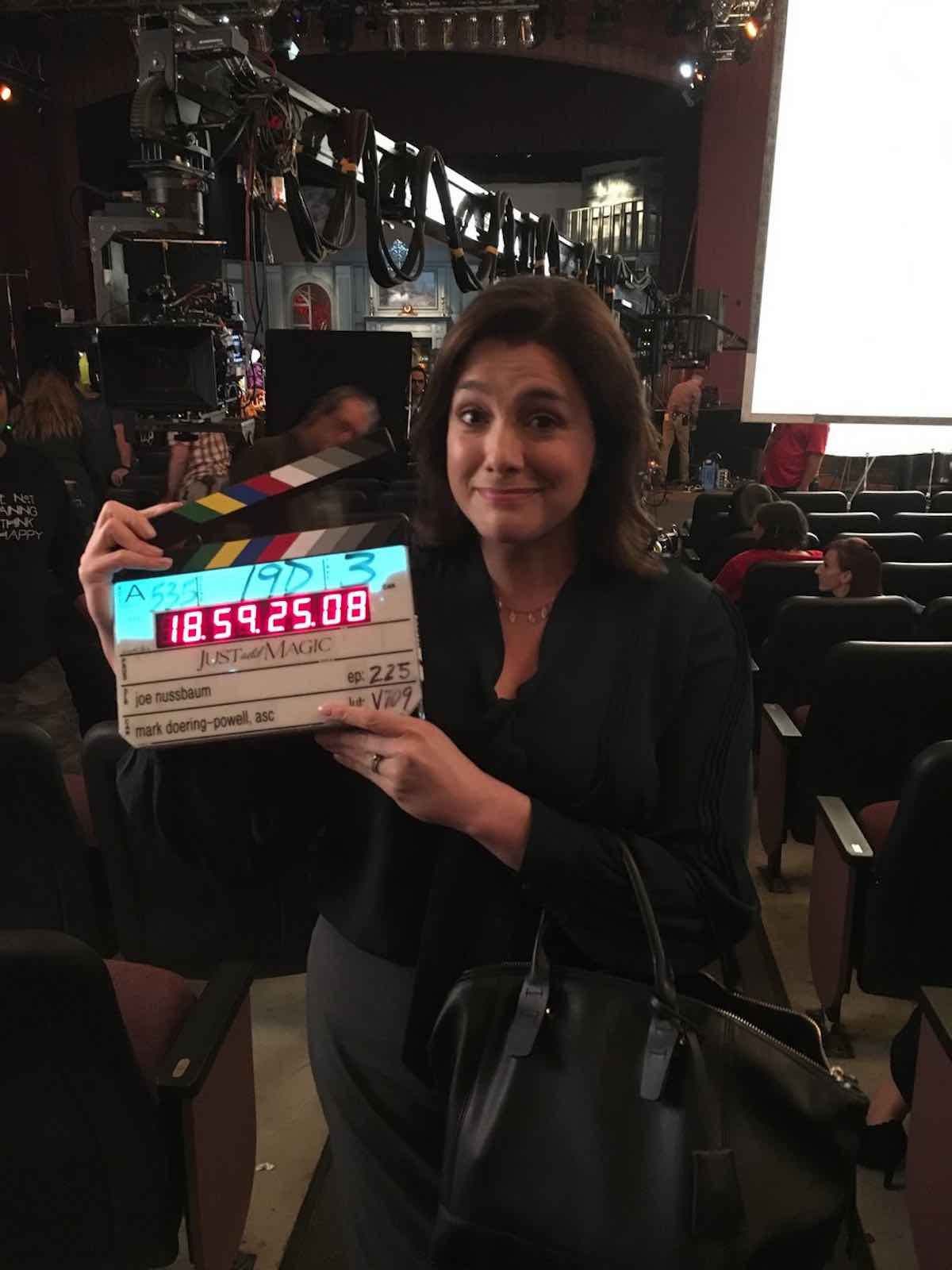 I loved a lot of classic movie musicals when I was a kid- The Sound of Music, Oklahoma, The King and I, Annie. Then I graduated to more mature fare like Cabaret (holds up) and A Chorus Line (I know now that it’s terrible but I still LOVE it).

I remember seeing The Goodbye Girl the first time- I thought it was just the coolest, funniest, most romantic idea of being an actor and living in New York, which was my dream. I learned that the writer (Neil Simon) wrote it for his wife (Marsha Mason) to star in and I thought that was the COOLEST. Cut to me marrying a smart, funny writer years later . . .

How was working on Closure? What did you learn from the experience?

Working on Closure was one of the most rewarding experiences of my career. My husband (writer/director Alex Goldberg) and I love working together. It’s how we met, actually- he wrote a play and I was in it. Showmance! I learned so much from Closure– the most valuable one was how to produce. I’ve never shepherded a project from beginning to end on such a big scale before. It was daunting and stressful and terrifying and exhilarating and so, so worth it. We can’t wait to do it again. 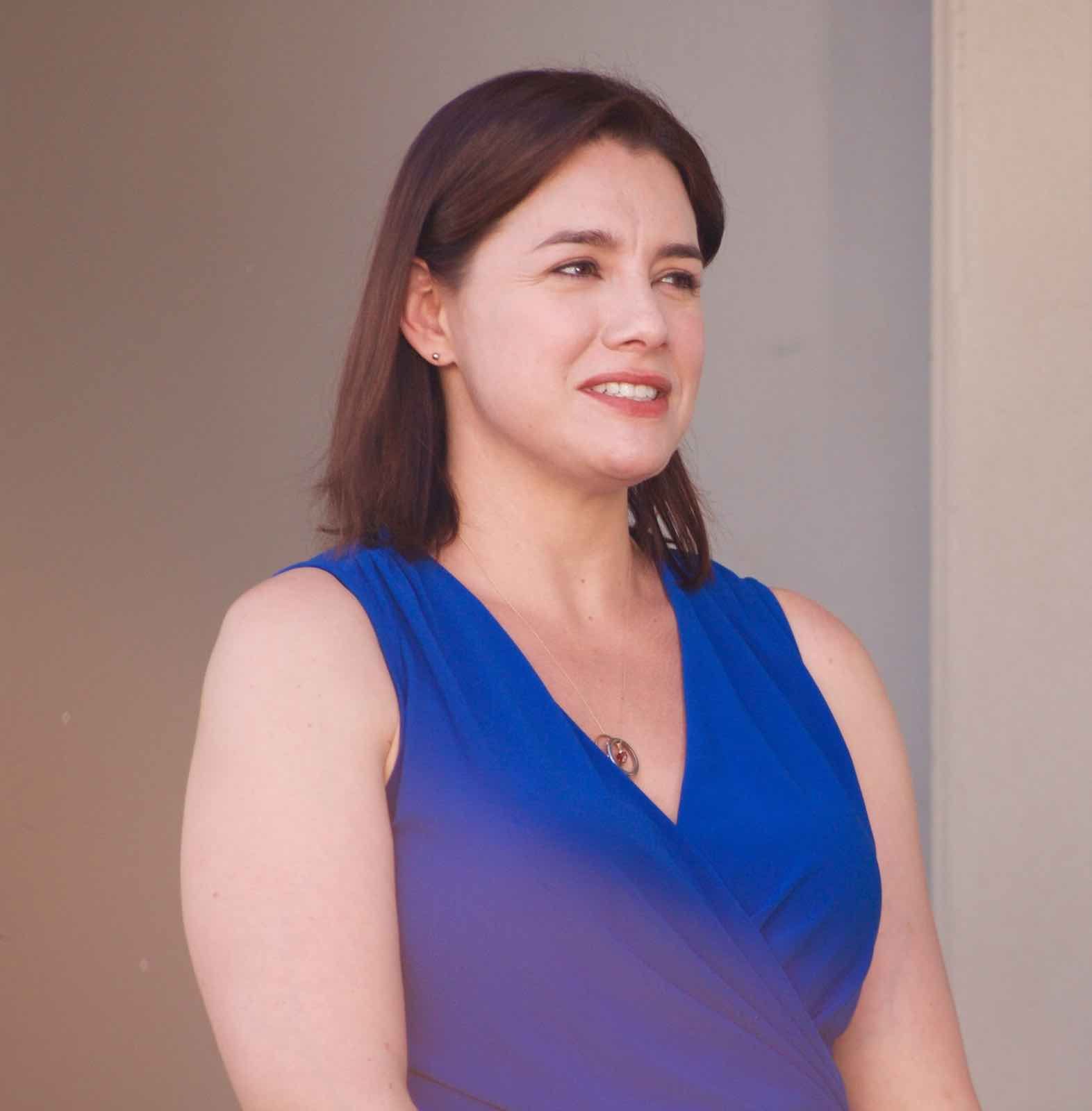 Tell us about your career before you found acting.

I think I’ve been very lucky. I fell in love with acting when I was a teenager and was always sure that’s what I was meant to do. I studied acting in college and have been pursuing it full-time ever since. I had survival jobs in my early 20s- waitressing, babysitting, dog walking, etc, but I’m proud to say I’ve been making my living solely as an actor for almost 15 years.

Where did the concept come from for the way you played your role in Closure?

I thought a lot about times in my life where I experienced a culture shock and feeling like a fish out of water, the way Nina does in Closure. My family lived in Mexico (my dad is Mexican) until we moved to Texas just before I turned 5. That was a big one. Moving from Texas to go to college in New York City, moving to Los Angeles in 2012.

I also thought about times in my life where I was running away from something just as much as I was running toward something, which is exactly where Nina is at the beginning of the movie. She’s a little lost, but she’s courageous. 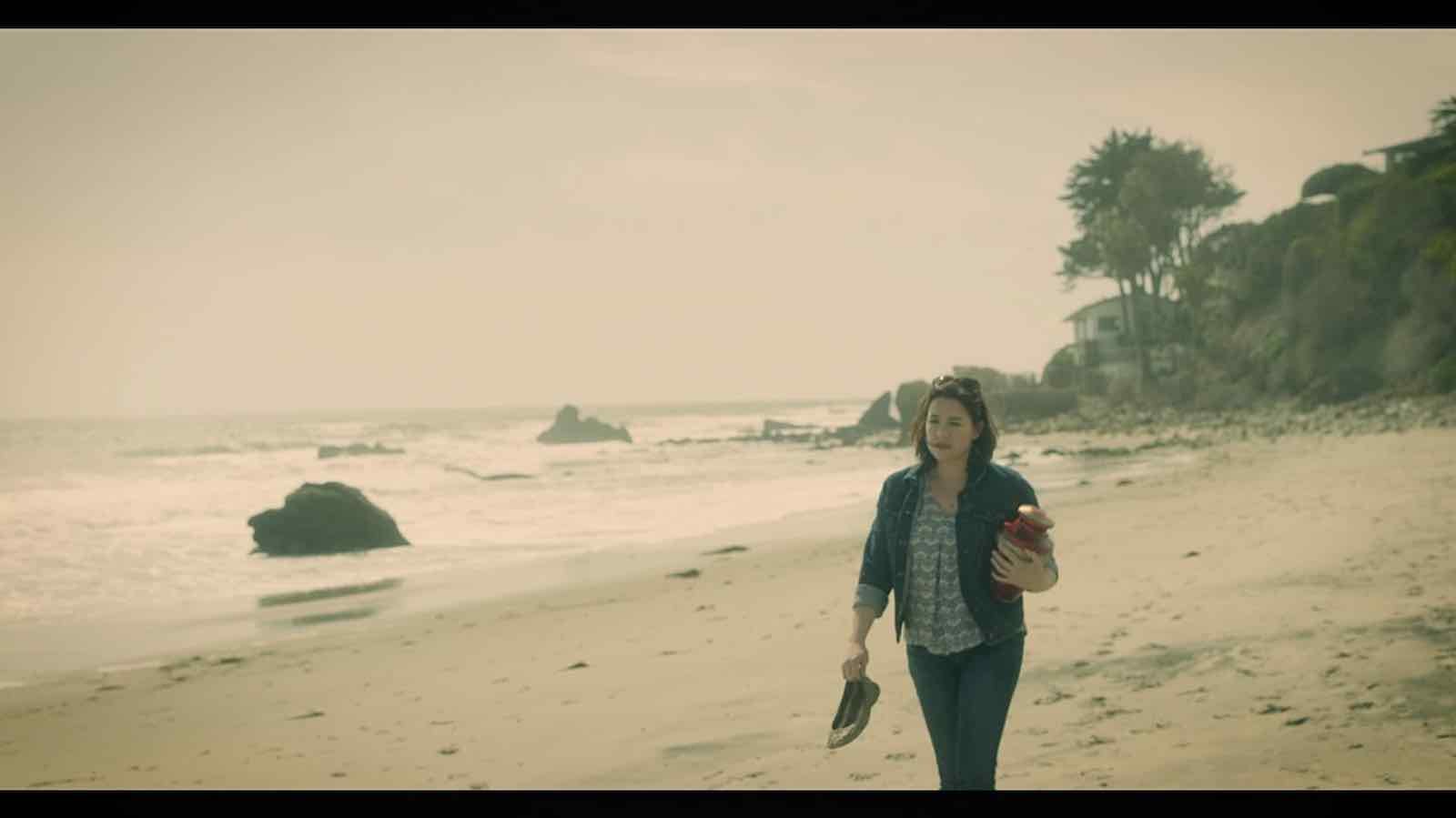 It’s different for every role, but my process always begins with the text. I try to read the entire script several times through without any judgement or analysis, just immersing myself in the world the writer has created. Then I start to hone in on what my character says about herself, and what others say about her.

Using the writer’s clues and filling in the rest, I like to create a biography of my character’s life. When she starts to feel real to me, like I know her, then the exploration can really begin. 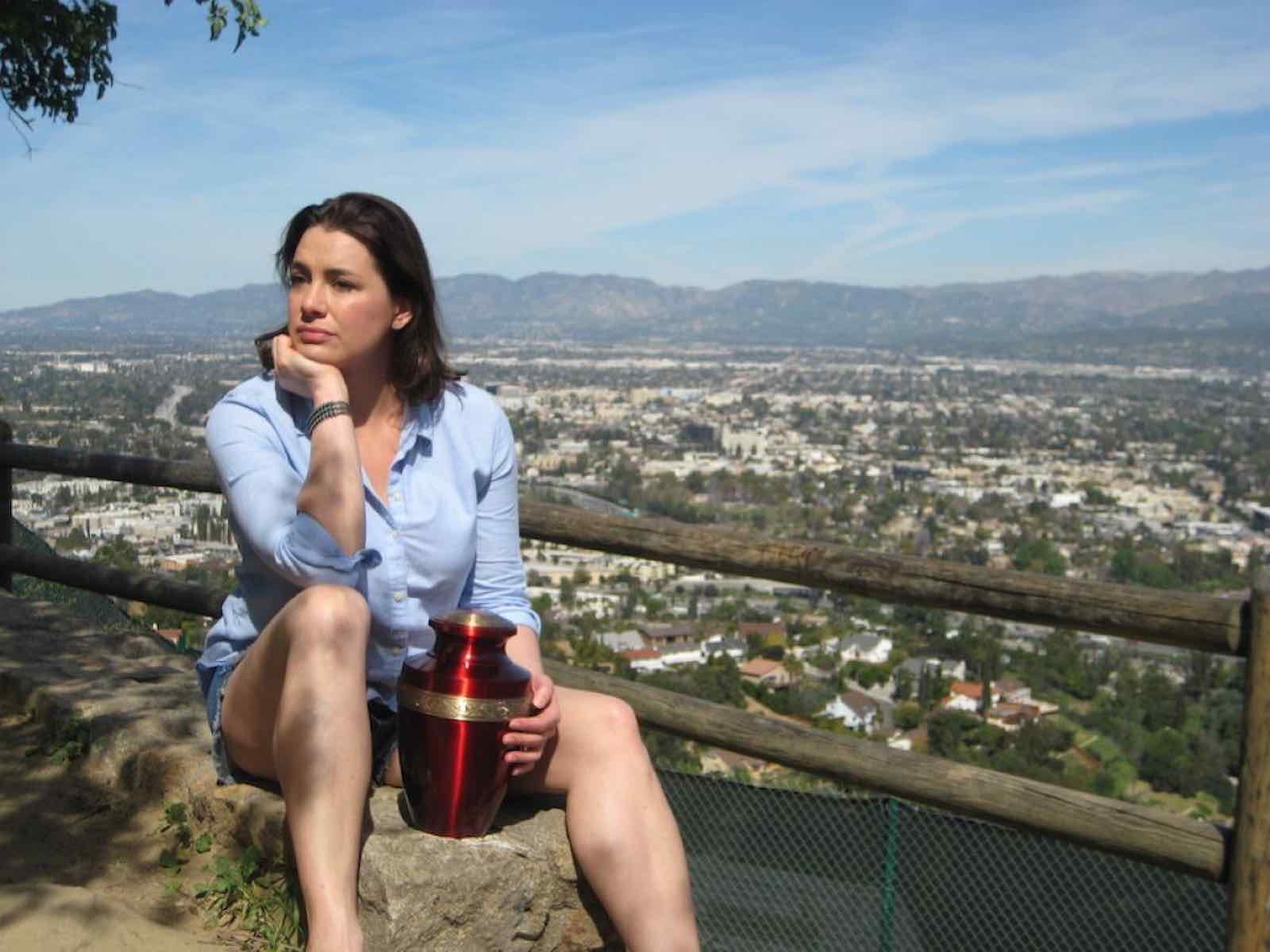 Rehearsal. I just love it.

Probably something fun that makes me happy- a great ensemble comedy like Waiting for Guffman. Or Soapdish! I freaking love that movie.

The team from Closure is working on our follow-up film, called  Ann Vino Veritas. Still in very early pre-production. 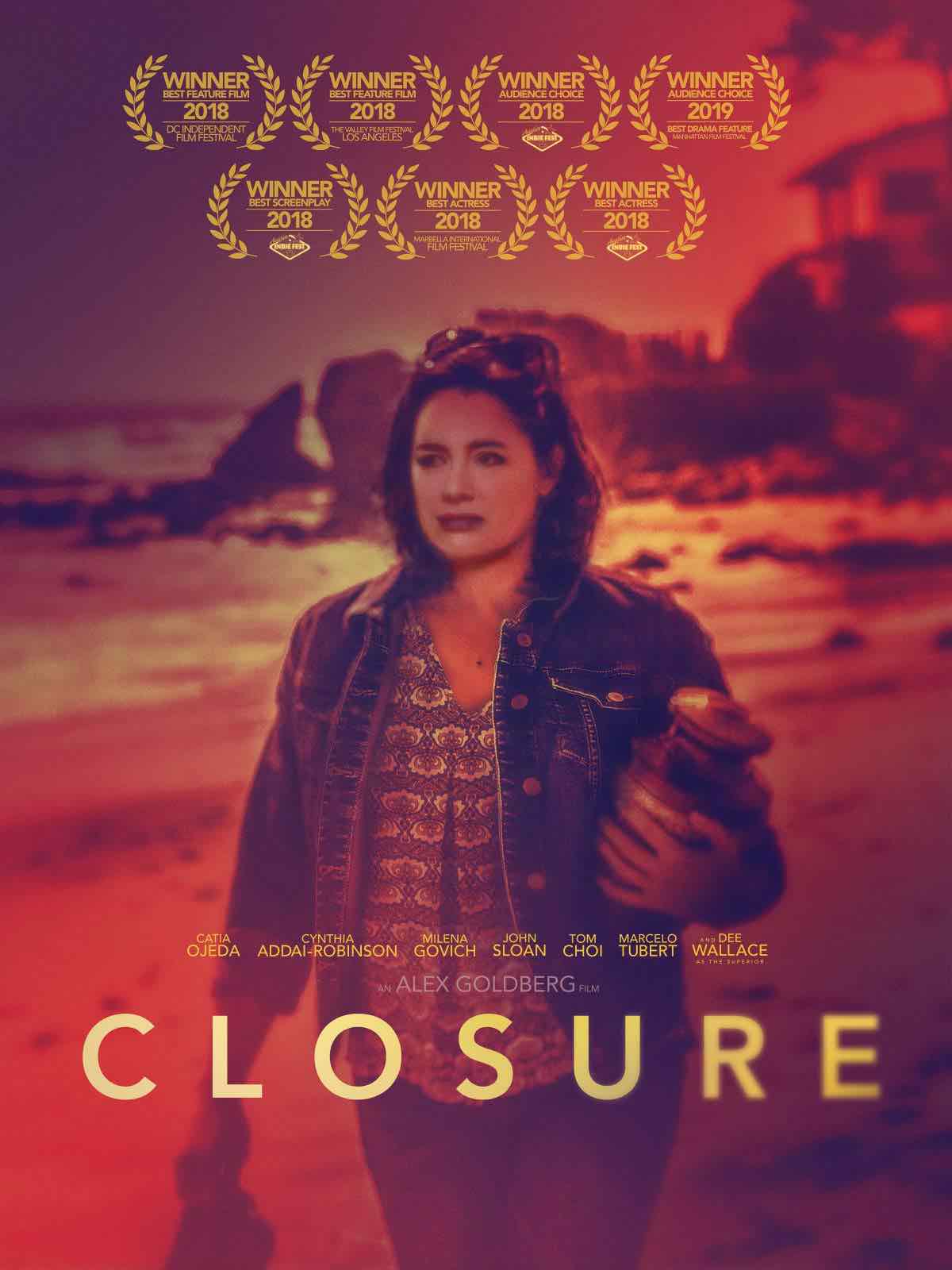 I have plenty of stories about bombing auditions and things like that, but I had something to learn from each experience. Learning I had to work harder, prepare more, or realizing that getting the job I thought I wanted would have taken my life on a very different path or prevented me from getting the next big job that led me to where I needed to be in not only in my career, but in life. So I guess I don’t really believe in failure, but in learning experiences. The only failure is not trying.

I wish I had enough agency in my career choices that I could say I have “a mission.” The truth is, I’m just a working actor that is extremely grateful for every hard-earned opportunity that comes my way. But, I do take pride in my work when I get the chance to do it. I guess I just hope viewers believe me in whatever they see me in. I just hope my work comes across as truthful and real as possible.