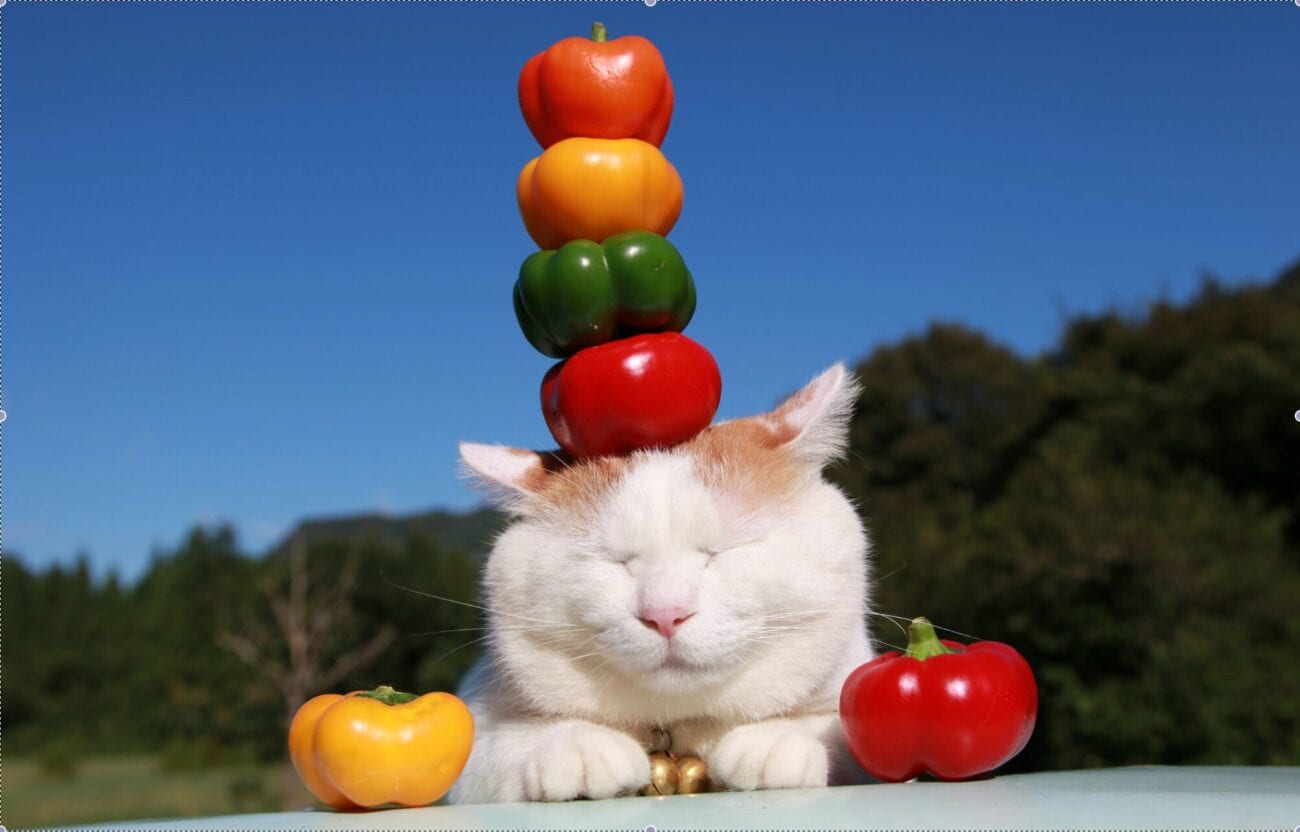 While we hold all photos of cats dear, there are some that have ascended in the ranks, gaining a legendary status. These beloved cat photos are bound to catch your eye and make you as smitten as a kitten. Listen to the unique stories behind these famous cat photos. Warning – it will only make you love them more. 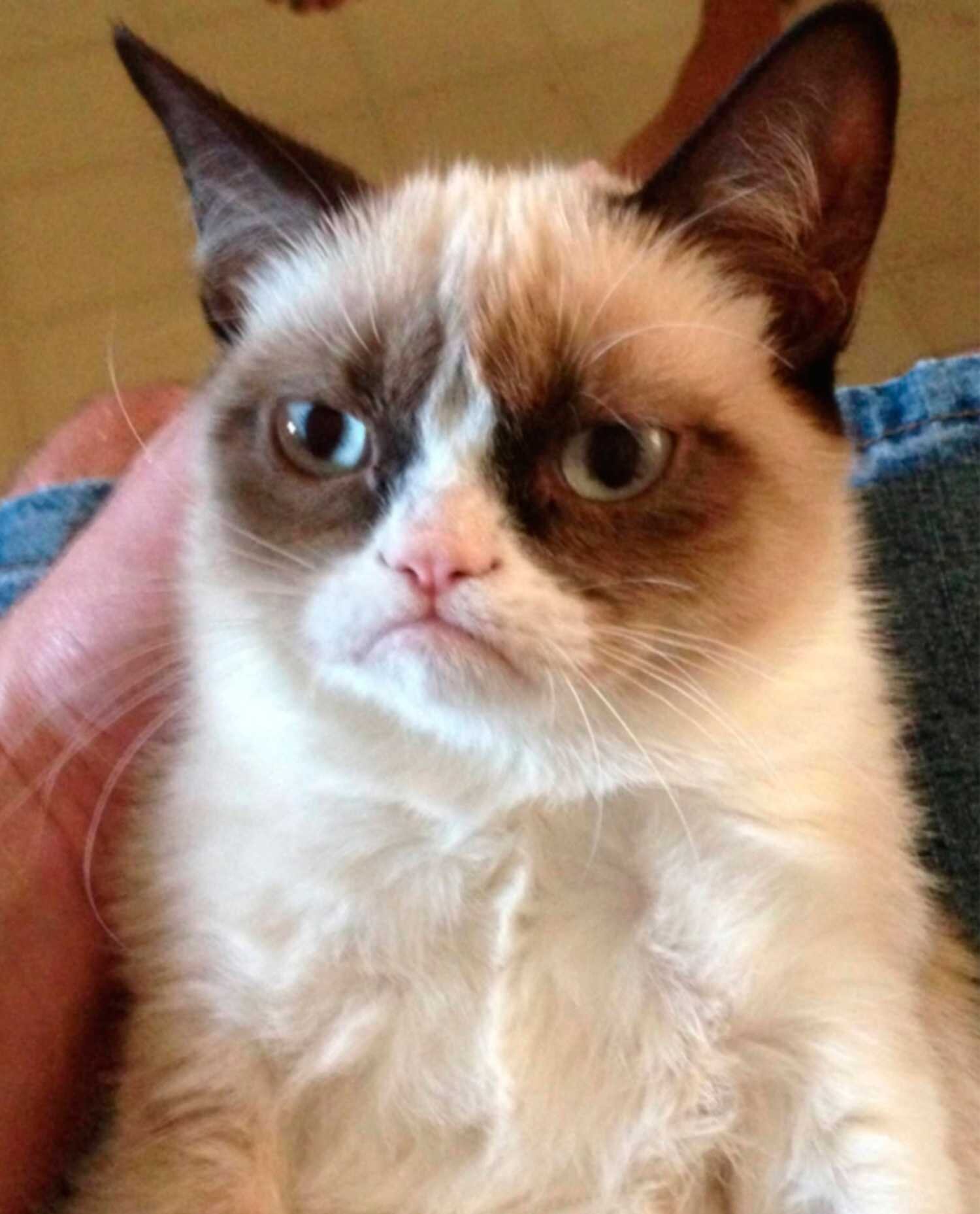 Everyone has heard of Grumpy Cat. If you’ve been on the internet there’s absolutely no way you haven’t been acquainted with some kind of meme featuring Grumpy Cat’s disgruntled face. Not everyone knows, however, that Grumpy Cat’s name is Tardar Sauce and that there’s a cute story behind her rise to fame.

A little kitten in a litter of four, Tardar Sauce was born undersized with abnormal features. Tardar Sauce’s iconic frowning face is due to a certain form of dwarfism. When Tardar Sauce’s owner posted a picture of her on Reddit, she became an internet sensation. The feline’s fame allowed her owner to quit her waitressing job – the kitty raking in millions from modeling and simply appearing places.

Sadly, Grumpy Cat passed away at age seven last year. Though the cherished cat will be missed, we know that her spirit will live on – immortalized by memes. Grumpy Cat will never stop making us smile. 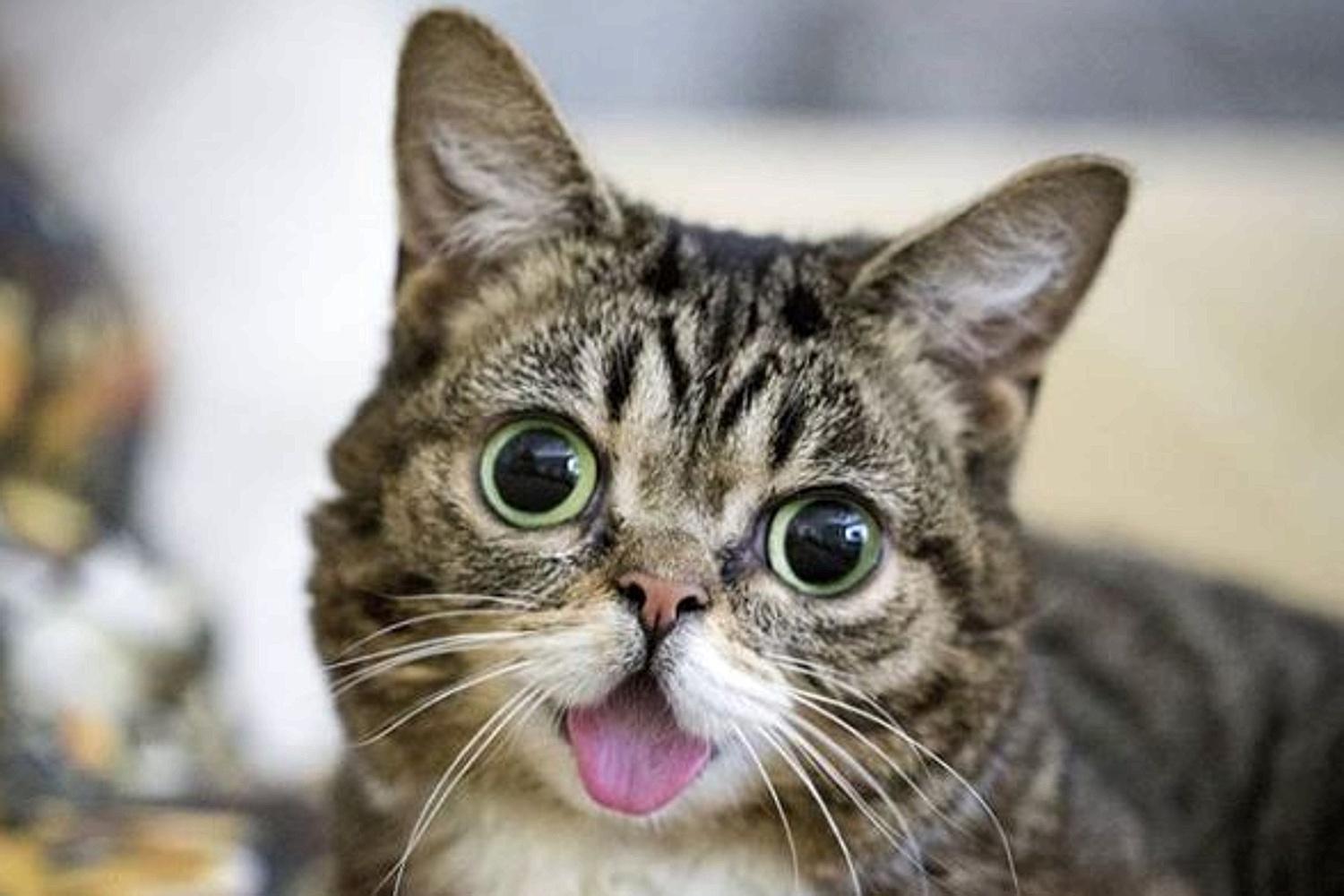 Lil Bub has a raging presence online. When photos of the silly faced kitty hit the internet, they spread like wildfire. Afflicted with an extreme form of feline dwarfism, Lil Bub’s limbs & jaw are much smaller than the rest of her body. That’s what causes her tongue to pop out of her mouth.

Due to her genetic mutations, Lil Bub had trouble being adopted and getting the care she needed (she even had to be bottle-fed). After she was finally given a home, her owner learned that she faced osteopetrosis. With her huge fan base, a campaign prompted scientists to sequence Lil Bub’s genome, finding the exact mutated gene.

Buying merchandise of Lil Bub goes to animal rescue groups, giving other animals a chance at happiness like Bub. Similar to Grumpy Cat, Lil Bub passed away last year due to a severe bone infection. Lil Bub will forever stay in our hearts. 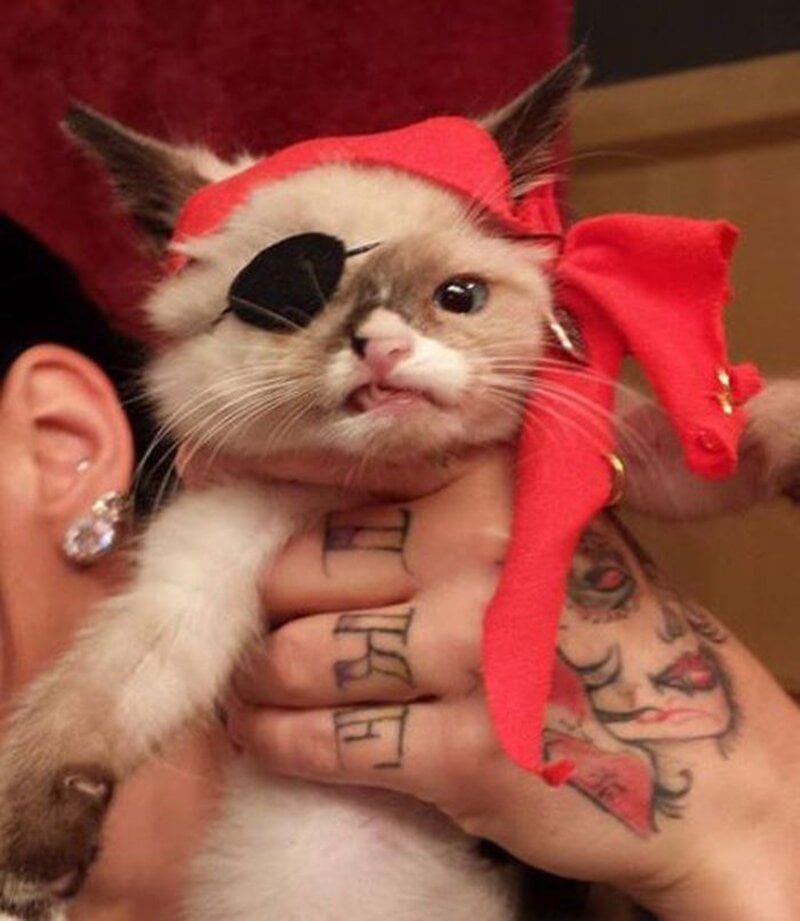 He says “arg!” – we say “aww!” Sailing the high seas and right into our hearts, this adorable photo of Sir Stuffington dressed as a pirate has been widely shared online, but behind the snarl & eyepatch, there’s a sweet story about Sir Stuffington.

When Stuffington and his two brothers were brought to an animal shelter he had fleas, a damaged jaw, missing eye, respiratory infection, & calicivirus. Animal rescuer Blazer Schaffer found Stuffington & siblings and fostered them until they were fully healed.

After posting the silly pirate photo of Sir Stuffington on Facebook, the photo garnered thousands of likes, inspiring a fan page. Sir Stuffington’s face was even shared by BuzzFeed & Animal Planet. The story of our favorite little pirate started with suffering, but bloomed into stardom. 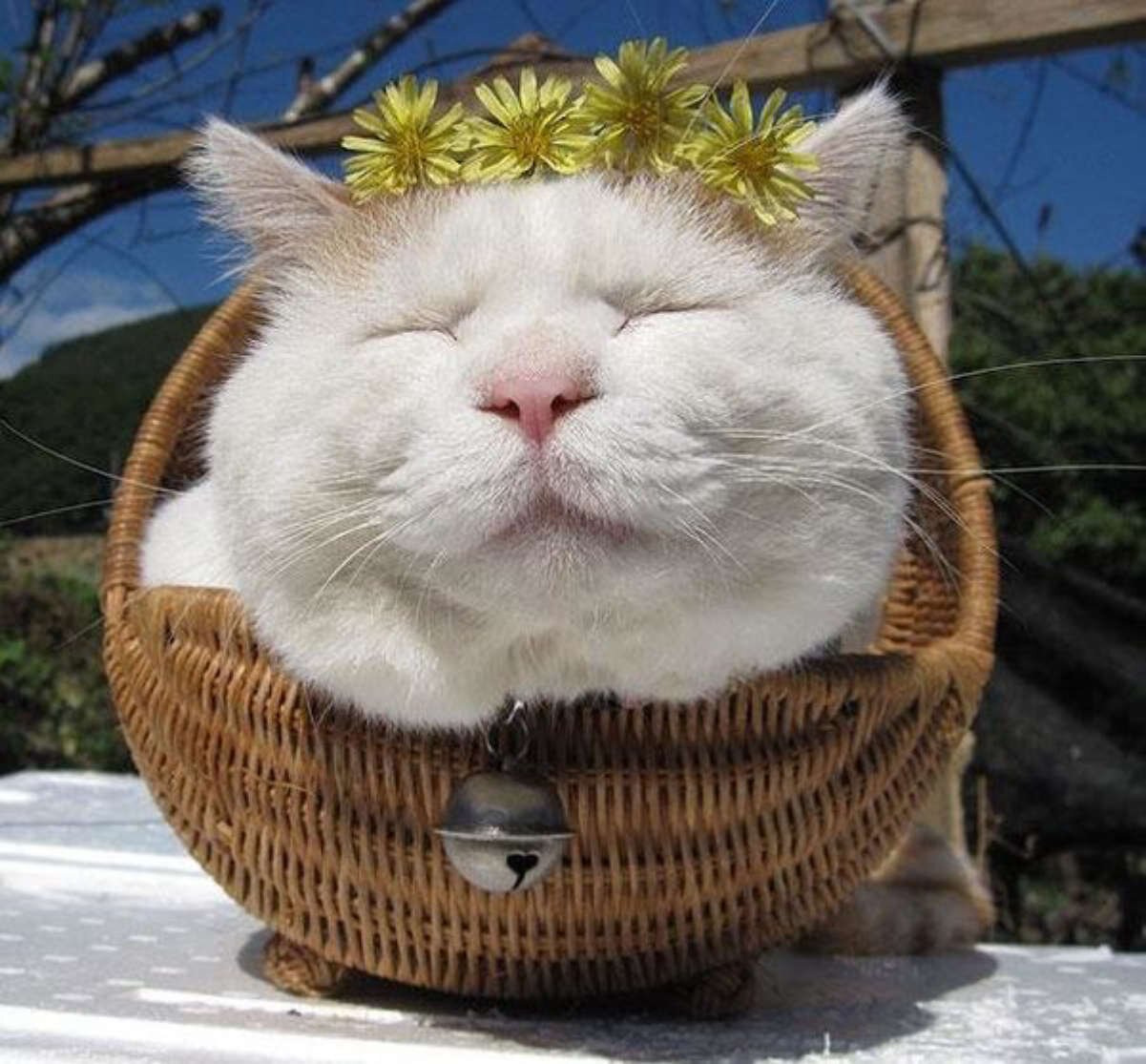 Have you ever seen such a mellow cat in your whole life? Shironeko, also nicknamed “Basket Cat” & “Zen Cat” has delighted animal lovers on social media since 2006. Pictures featuring Shironeko peacefully sporting random objects on his head have been making us swoon for decades now.

Perhaps one of the worst parts of 2020, Shironeko passed this year at the age of seventeen. Thousands of people posted about his death, expressing their grief over the loss.

Smudge the Cat, aka Cat at Dinner Table, has wowed the world in the “woman yelling at a cat” meme. Sitting at the dinner table just like a human, Smudge looks rather displeased with the salad before him in the photo. This hilarious expression sparked a chain of edited memes – particularly the one where he’s paired with a meme from The Real Housewives of Beverly Hills.

Soft & snow white, Smudge is six-years-old and a rescue from Ottawa. The photo of Smudge at the dinner table was captured because he insists on sitting at the table with his owners as they eat. According to his owner, Smudge kept stealing seats until someone gave him his own. She also confirms, “he’s always hated vegetables”. One photo crystalised the kitty’s silly habit, transforming it into an origin story.

With a growing future as an internet celebrity, Smudge will help other cats find new homes. As a recuse himself, his owner is partnering with rescue non-profit Furry Tails, donating t-shirts to their website. Any support for Smudge is support for strays.

Spartacus may be a forty-pound African serval cat, but the large kitty also happens to be a caffeine addict. The internet went wild over this recent photo of Spartacus standing before a coffee maker, long body stretched and paws resting on the counter. Such an eager cat, awaiting a hot morning cup o’ joe.

But this photo of Spartacus isn’t the only thing giving the cat notoriety. Spartacus clearly had a caffeine high from all the coffee because recently the serval cat escaped from home, roaming freely in New Hampshire.

The owners (who legally adopted Spartacus from a Florida zoo four years ago) were relieved when Spartacus was finally found and returned to them. According to the owners, Spartacus ran away after getting spooked by the family dog. But, we’re still thinking it had to do with a kitty coffee high.