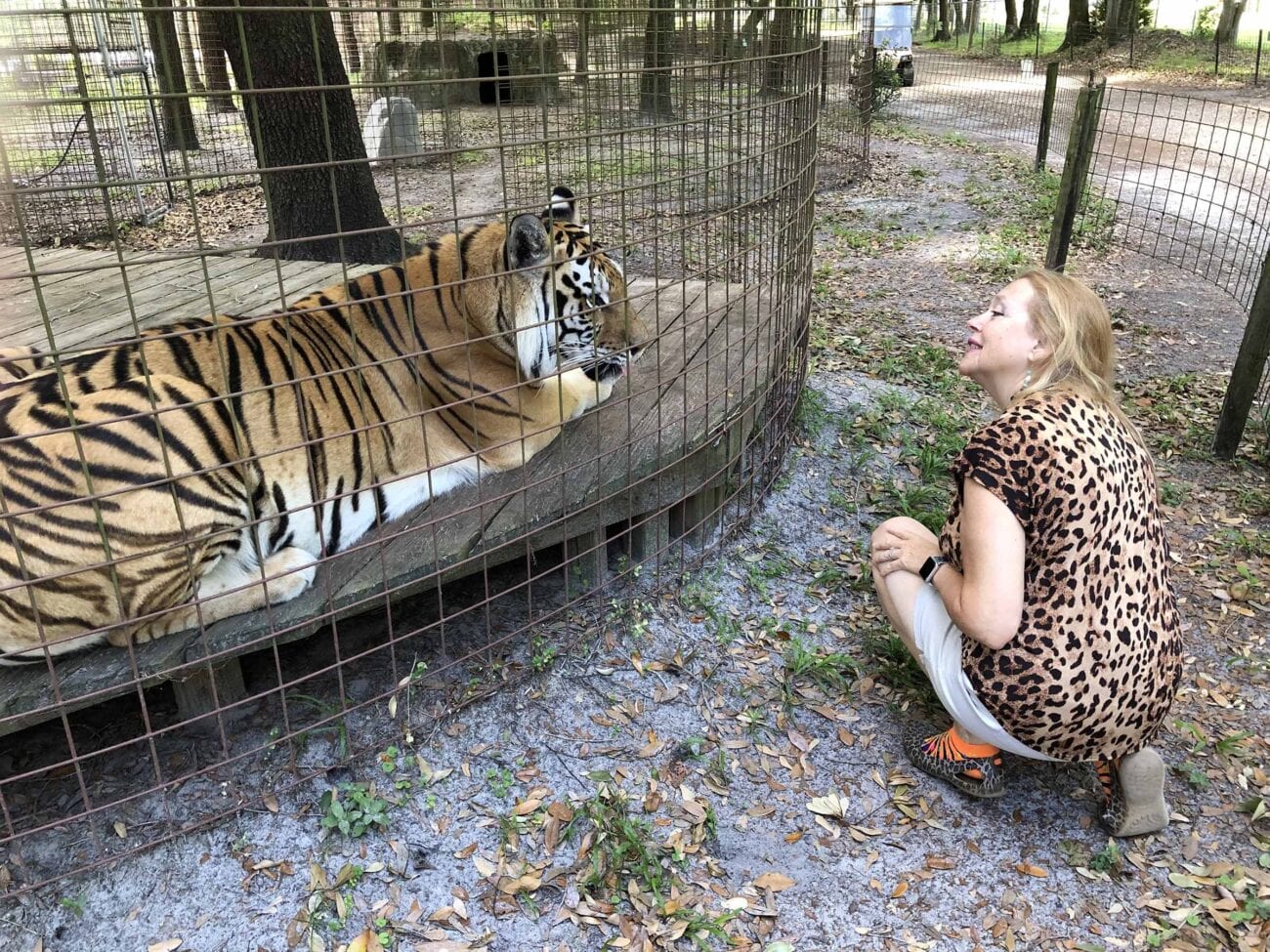 The Tiger King saga continues. In a court victory, Carole Baskin, the founder of Big Cat Rescue, is now the owner of archnemesis Joe Exotic’s (Joseph Maldonado-Passage) former GW Zoo in Wynnewood, Oklahoma. After a longstanding copyright battle, the court awarded her the zoo in a lawsuit for fraudulent transfer.

Documented on the Netflix hit Tiger King, Big Cat Rescue is Carole Baskin’s sanctuary for big cats and wildlife. It’s also a nonprofit dedicated to ending private tiger ownership in the US. Joe Exotic, former owner of GW Zoo, went to battle with BCR and personally attacked Baskin over the web.

To try and thwart her attempts to shut his private zoo down, Joe Exotic trademarked a similar Big Cat Rescue logo to steal publicity & clicks away from BCR’s webpage. That started a copyright claim which not only escalated the events in Tiger King, but also led to Carole Baskin owning GW Zoo. Here’s how it all went down. 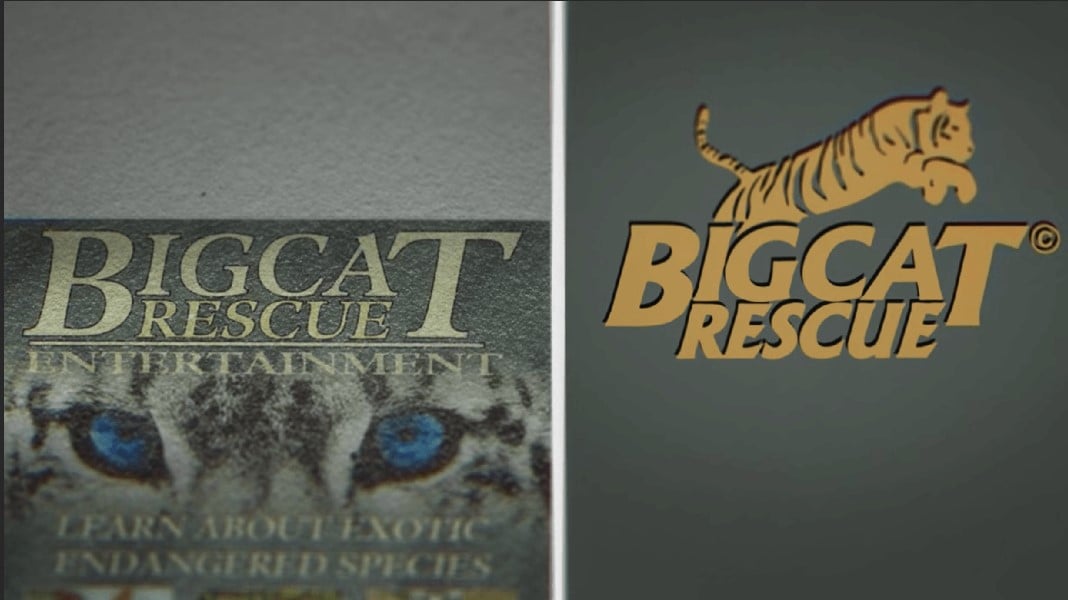 Fans of Tiger King remember the reason Joe Exotic went so far as to put a hit on Carole Baskin. To draw web traffic away from Big Cat Rescue, Exotic released a similar logo and name for his travelling cub-petting business. When Carole Baskin found out, she filed a copyright claim which left Exotic owing her $1 million.

Since Joe Exotic didn’t have the cash to pay Carole Baskin for infringing on Big Cat Rescue’s copyright, she was legally free to seize his property for compensation. Baskin claimed his cub-petting buses, putting Exotic’s side hustle under. Fearing she would take his zoo, Exotic looked for a way to keep it from her.

In order to keep his zoo from falling into Carole’s clutches, and thereby being owned by Big Cat Rescue, Joe Exotic sold the zoo to Jeff Lowe. To keep Lowe from taking the zoo entirely, Exotic also put it in his own mother’s name. Then, Carole Baskin went after Exotic’s mother to retrieve assets owed, which is when Exotic put a hit on Carole.

When Joe Exotic’s mother died, GW Zoo went to Jeff Lowe. Exotic stayed on as a familiar face, but didn’t have power. In Tiger King, it’s shown that Lowe kept Joe out of most of the affairs due to allegations of wrongdoing. Later, after Joe was imprisoned, Big Cat Rescue took Lowe to court for fraudulent transfer. 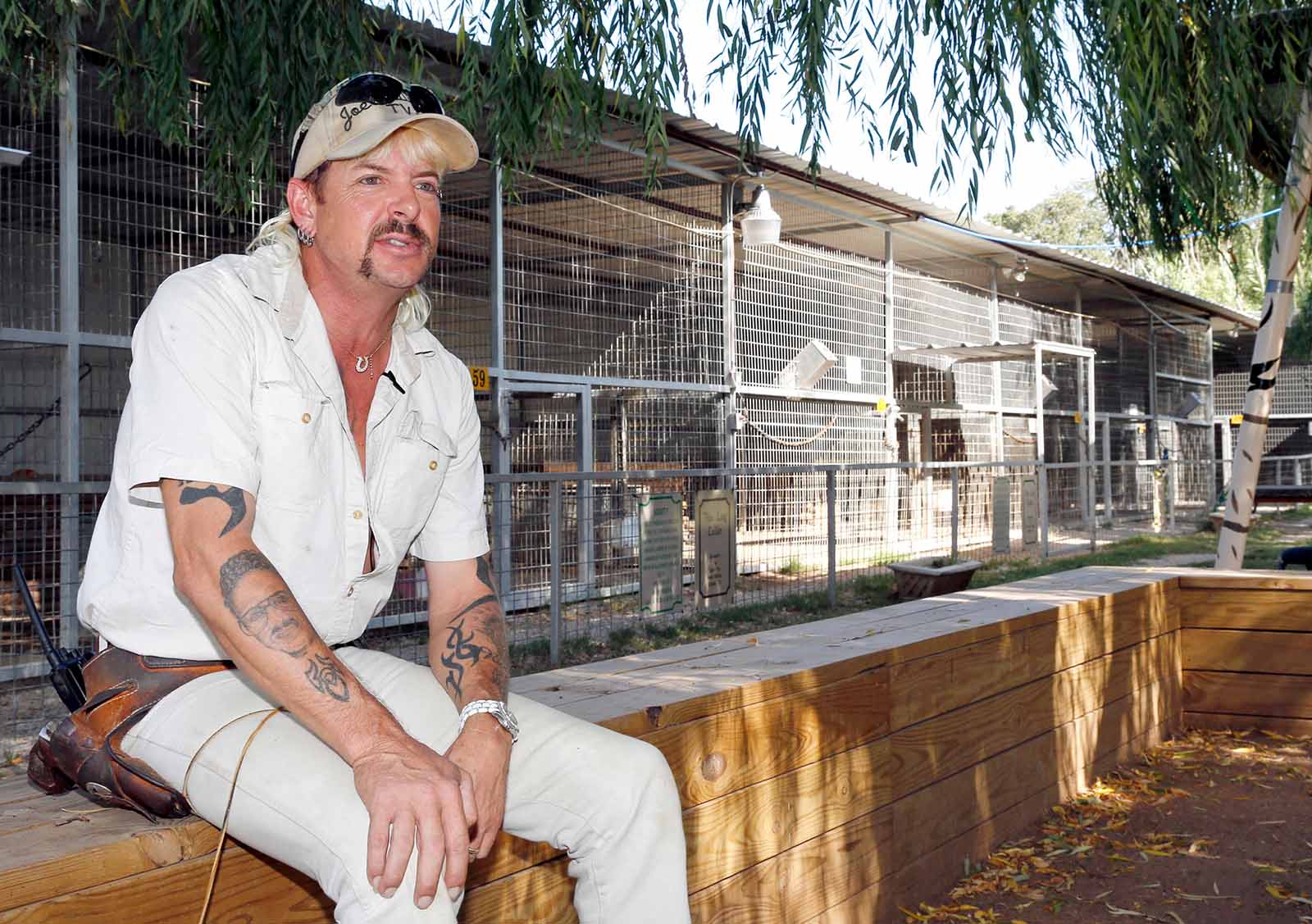 So what is fraudulent transfer, anyway?

Fraudulent transfer is when someone knowingly transfers property or assets to another person to avoid having them seized by court order. Since Joe Exotic owed Big Cat Rescue money and he couldn’t pay, they could seize his property to make up the cost. Given the nature of Big Cat Rescue’s mission, Joe Exotic believed they’d take GW Zoo.

When Joe Exotic transferred ownership of his zoo to Jeff Lowe, it was stated in the documentary that he did so to hide his assets from Big Cat Rescue so Carole Baskin could not have his zoo. It’s obviously illegal, but hard to prove unless filmed. We wonder if Tiger King’s footage was used as evidence in Baskin’s case. 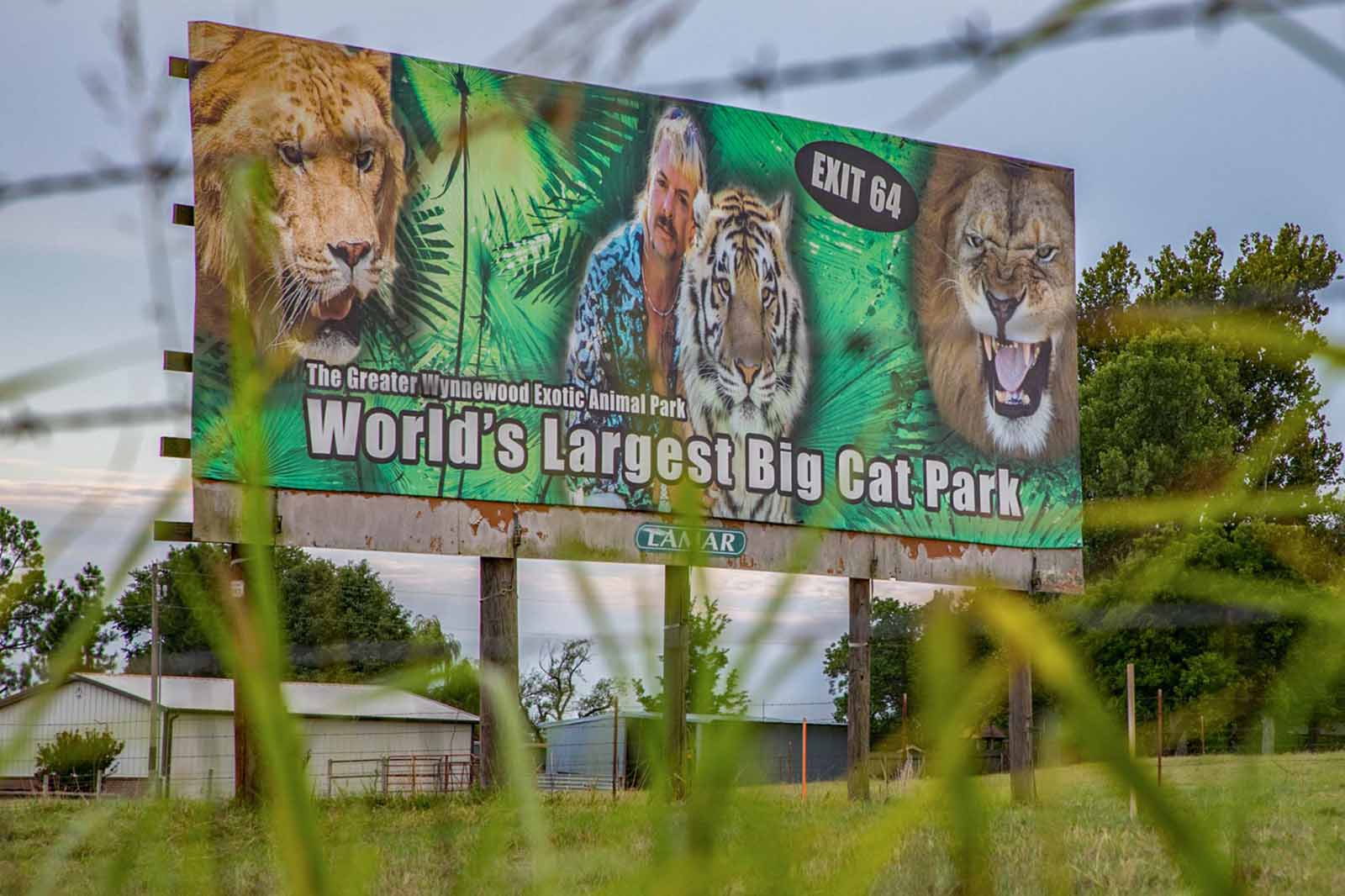 Seizing the zoo from Jeff Lowe

The GW Zoo, now called Tiger King Zoo, was awarded to Carole Baskin from Jeff Lowe today. Lowe has 120 days to move the animals from the property and vacate, then the property is turned over to Big Cat Rescue. When interviewed, Lowe didn’t appear bothered, as he already planned on moving to a more profitable location. 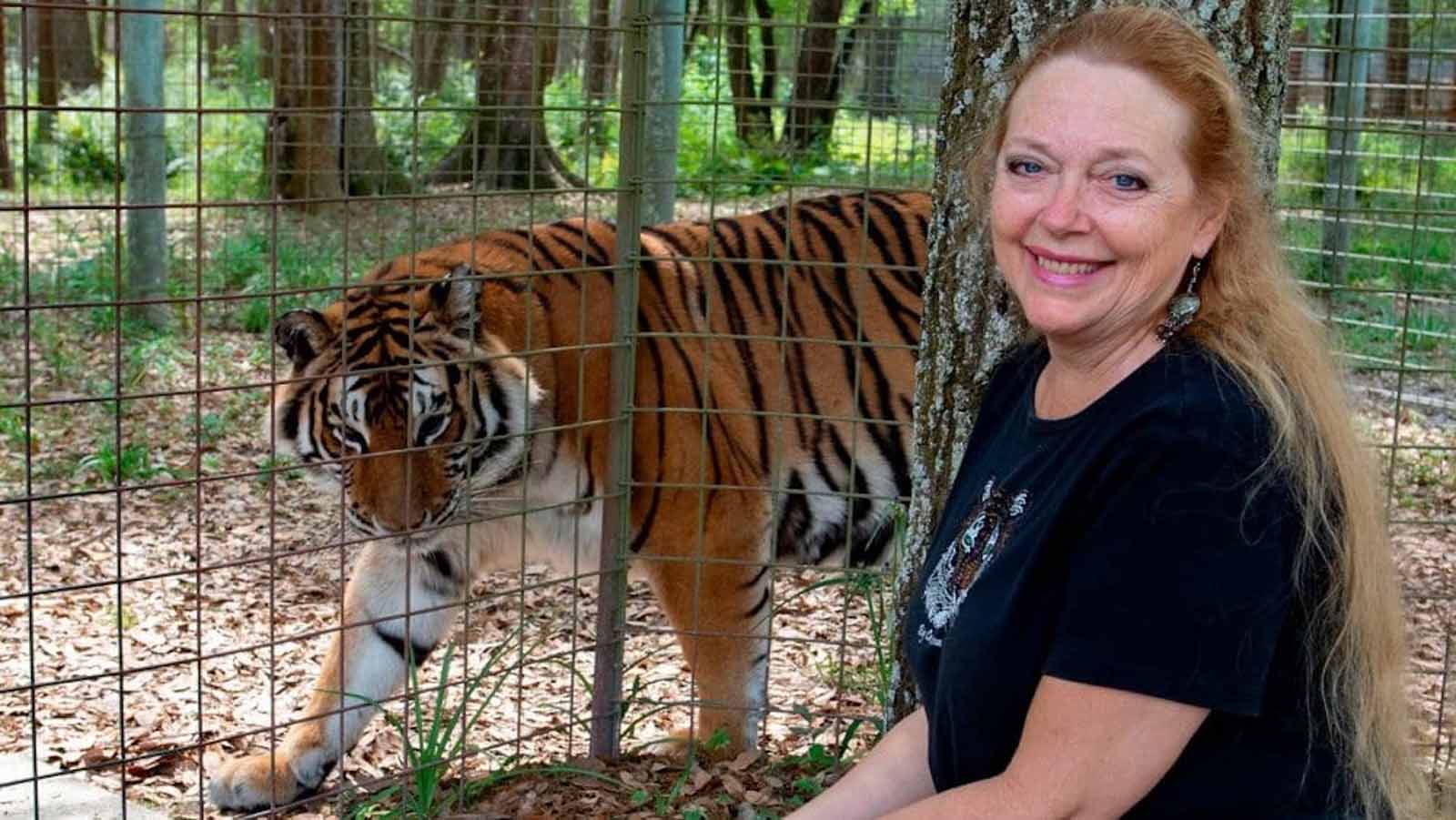 What will happen to GW Zoo?

There’s no word on what Carole Baskin will do with GW Zoo. We wonder if it will become another Big Cat Rescue sanctuary. After all, it’s already outfitted to house exotic animals. It’s already ironic that Joe Exotic tried to take on Big Cat Rescue and not only ended up going to jail, but lost his zoo to Carole Baskin.

Joe Exotic is currently serving a lengthy sentence in federal prison for the hit he put on Carole Baskin and for illegally euthanizing his tigers. He is probably none too happy that his former zoo, in the end, is owned by Baskin and Big Cat Rescue.