Best Places to Stake Cardano: Which One Should You Trust?

Ada is the native token of Cardano, named after Ada Lovelace, the first computer programmer. It can be used to secure a valuable digital exchange without third-party mediation. Every ADA holder holds a stake in the Cardano blockchain and can earn rewards for their participation in running the network successfully. You must keep your ADA in a Yoroi or Daedalus wallet because keeping them in an exchange for a long time can make your privacy vulnerable.

Before we get into the best places to stake Cardano, let’s take a look at a few basic terms used in this article.

Introduction to Staking for Beginners

A consensus mechanism called Proof of Stake is used to monitor the staking process. Blockchains are decentralized which means they have no central authority that monitors the transactions which are why the concept of Proof of Stake came into being.

How Does Cardano Staking Work?

How to stake your ADA: The first step in taking Cardano is to secure your ADA in a Cardano-approved wallet like

Then, find a pool to delegate your ADA by using the ‘Staking’ option on your wallet. You can also use the community websites to do the same. If the pool you chose produces blocks, staking rewards will be automatically distributed in 20 to 25 days. You must register the delegate 5 days before a block is produced if you want to earn rewards from the staking. 10 days after the block-producing epoch has ended, the rewards will be distributed automatically.

What is Cardano’s Proof of Stake (PoS) Mechanism?

Oyroboros, the PoS system of Cardano calculates your rewards in between the epoch durations. It takes the amount of ADA staked and the pool’s Return on Stake percentage while calculating. Your rewards will be added to the stake you chose and gets re-staked automatically. When you withdraw them make sure you don’t forego any rewards.

Where Should I Stake My Ada: The Best Places to Stake Cardano

Let’s check out 4 of the best places to stake Cardano:

This is the official desktop wallet developed by Cardano through which you can access the entire copy of their blockchain. This means you can run your own Cardano node with full control over your ADA coins. The reward for staking is 5% annually which is 83 times higher than the national average interest rate (0.05%).

Technically, Daedalus is called a full-node wallet and it requires a ton of storage space. You literally have Cardano’s entire transaction history, present and past to save. As an official IOHK wallet, Daedalus is the most advanced, secure, and best place to stake Cardano.

This wallet has a lesser storage space than Daedalus making it a lightweight wallet. It is also user-friendly because you can download its browser extension for all major platforms. In Yoroi, you can filter the pools you want to choose based on their Return on Investment (ROI) percentage, pool size, and staking cost. Rewards for staking are similar to Daedalus at around 5% annually.

Binance is the world’s largest and one of the best places to stake Cardano. It is accessible through all kinds of devices that can connect to the internet with a price of just 1 ADA. You get a custodial wallet which means Binance controls your funds with your private key. Nonetheless, Binance offers the highest rewards for staking at 5.09% annually. But for that, you have to lock your ADA for at least a month. You have two options to choose the lock-in period: 60 or 90 days. The 30-day lock-in period allows you to withdraw ADA at any given time but your reward will be up only by 0.5%.

This is a desktop wallet through which you can receive rewards of up to 4.91% annually. However, you need to have at least 5 ADA to stake in Exodus and the fee for first-time staking is 2 ADA. That’s not all, you will also have to pay the network fee. Exodus will show you the entire payable amount but it’s affordable.

The Bottom Line: Which is The Best Place to Stake Cardano?

The best place to stake Cardano would be their approved wallets. That way your transactions are extra secure. Daedalus is a wallet developed by Cardano themselves with an APY (annual percentage yield) of 5%. On the other hand, the highest APY of 5.09% is offered by Binance. There is a one-time payment whenever you start staking plus any network charges if any. Choose depending on how much ADA you own.$

Cardano is considered the new Ethereum. Here are the 6 best places to stake Cardano:

You need to wait at least 20 days before you get approved for your Cardano. The first cycle is completed in the next 5 days and then you start earning rewards. You will receive awards after every 5 days since then.

Cryptocurrencies with the highest staking are ADA, SOL, and ETH. The annual yield is around 4 to 5 percent.

Cardano is worth staking because it is a safe and decentralized blockchain that can be your source of passive income from your ADA holdings. Also, Cardano staking is not locked unlike Binance so you may sell or move your coins at any time. 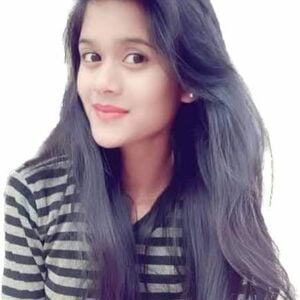