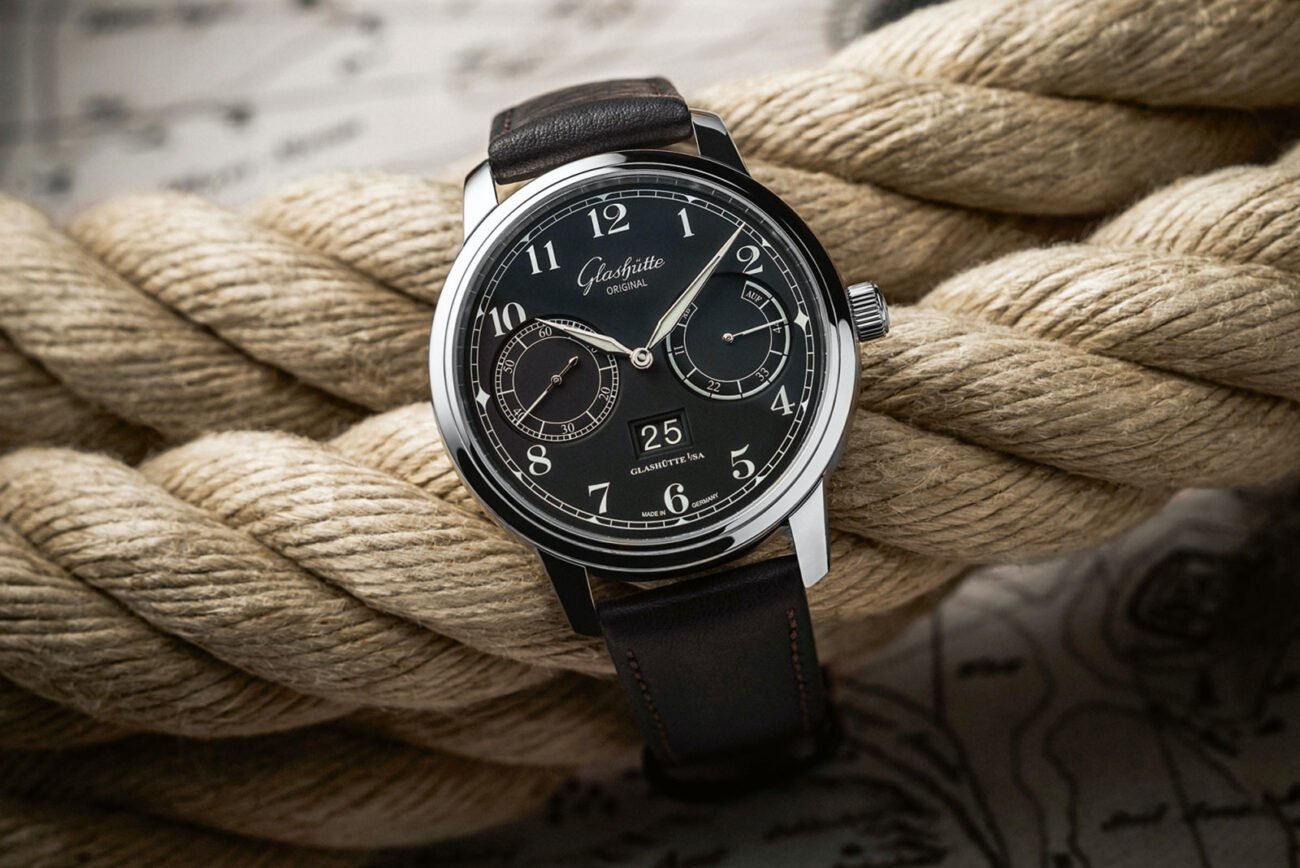 The Best Glashutte Original Watches You Can Buy 2021

Traditional craft skills of watchmakers meet state-of-the-art production technologies. Enthusiasm, the intricate touch of a hand practiced and the outstanding in-house depth of production come together to form exclusive watches of extreme accuracy and timeless sophistication.

In the distinctive design elements of the Glashutte Original watch, visible through the back of the sapphire crystal case, the brilliant horological achievements of the manufactory are revealed. The movement’s fine décor of components finished by hand is a natural requirement to our high standards of quality. Here’s the list of the best Glashütte Original Watches. 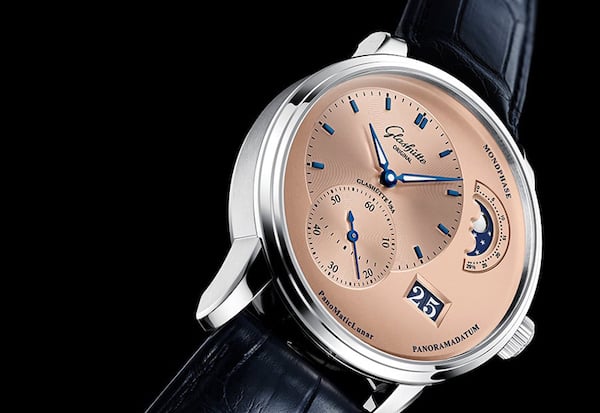 The Glashutte Original Pano watch collection introduces the user to an eye-catching luxury watch. The Glashütte Original Pano wristwatch line is a perfect example of integrating traditional values with modern twists. The aesthetically appealing display is designed with symmetrical dial visuals that simply give it modern air.

The styles range from a smooth, classic look to exquisitely decorated inlays and skeleton designs. Glashütte Original Pano wristwatches are truly elegant luxury watches with a stunning case and a spectacular dial.

The unique designs of this collection are by far the most emblematic of the company, due to their asymmetrical face design. For the most part, this lineup features silver, blue, black, or gray galvanized dials and the dials are highly corrosion resistant. Although very subtle, delicate, concentric circular channels furnish the hour and minute subdials.

Watch Bands are all either stainless steel bracelets or Louisiana alligator leather bracelets. The name of each model represents its key features in abbreviated form, such as PanoMaticLunar, PanoLunarTourbillon, Panoinverse, PanomaticInverse, and PanoReserve. 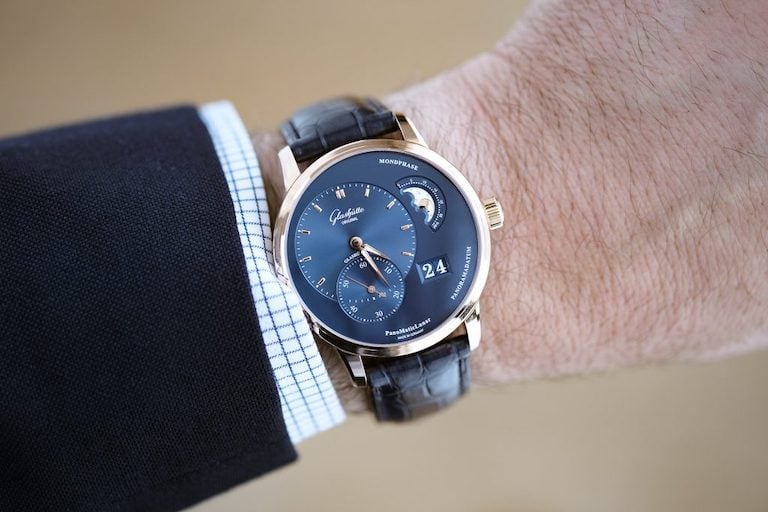 The PanoMaticLunar is similar to other Pano models, with, for example, a narrow bezel, subtly curved lugs, and left-shifted dials. On the back, a narrow ring case back screws a wide sapphire window exposes the GO 90-02 movement. The upper left-hand hour and the minute dial have luminescent lance-type hands, while a sweeping second hand articulates the dial below.

In the meantime, the date appears through the opening below, on the lower right. Most of the Pano variants follow this pattern, such as the PanoReserve with its power reserve index. The PanoMaticLunar emerges in either a red gold case or a stainless steel case. 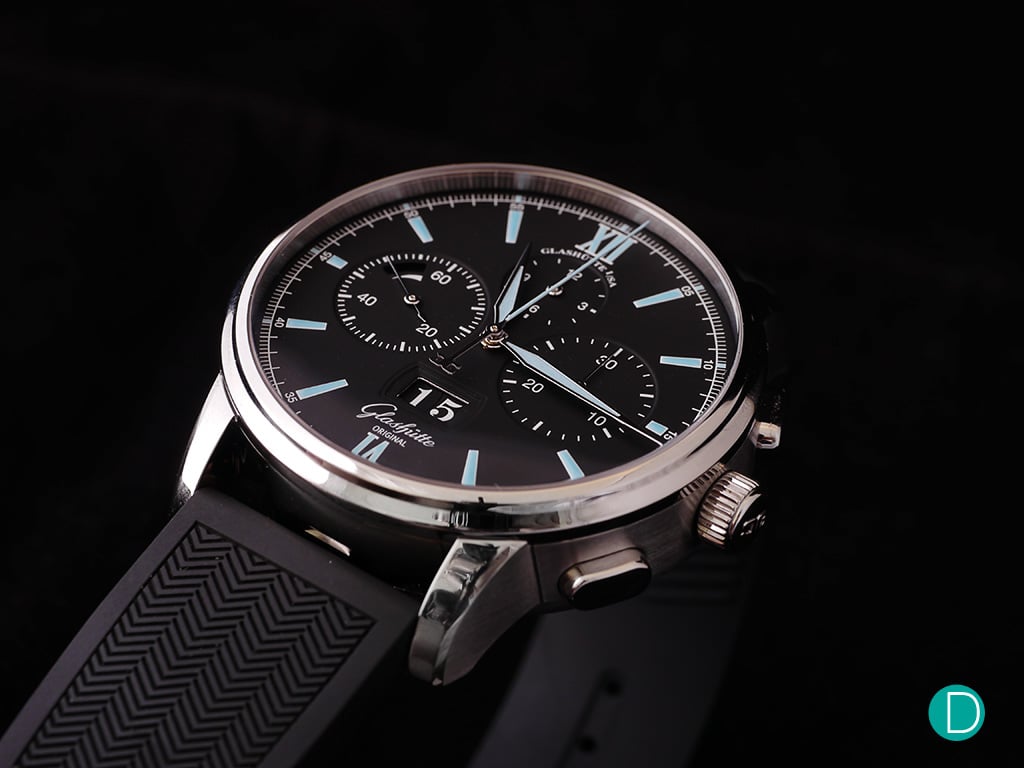 The main dial in the lower center interprets hours and minutes, while the second dial is in the upper center. For example, one of these pushers increases the counter on the left side of the face that runs from 0-99. This counter is very the same in appearance as the date window, but it has bright red numbers. 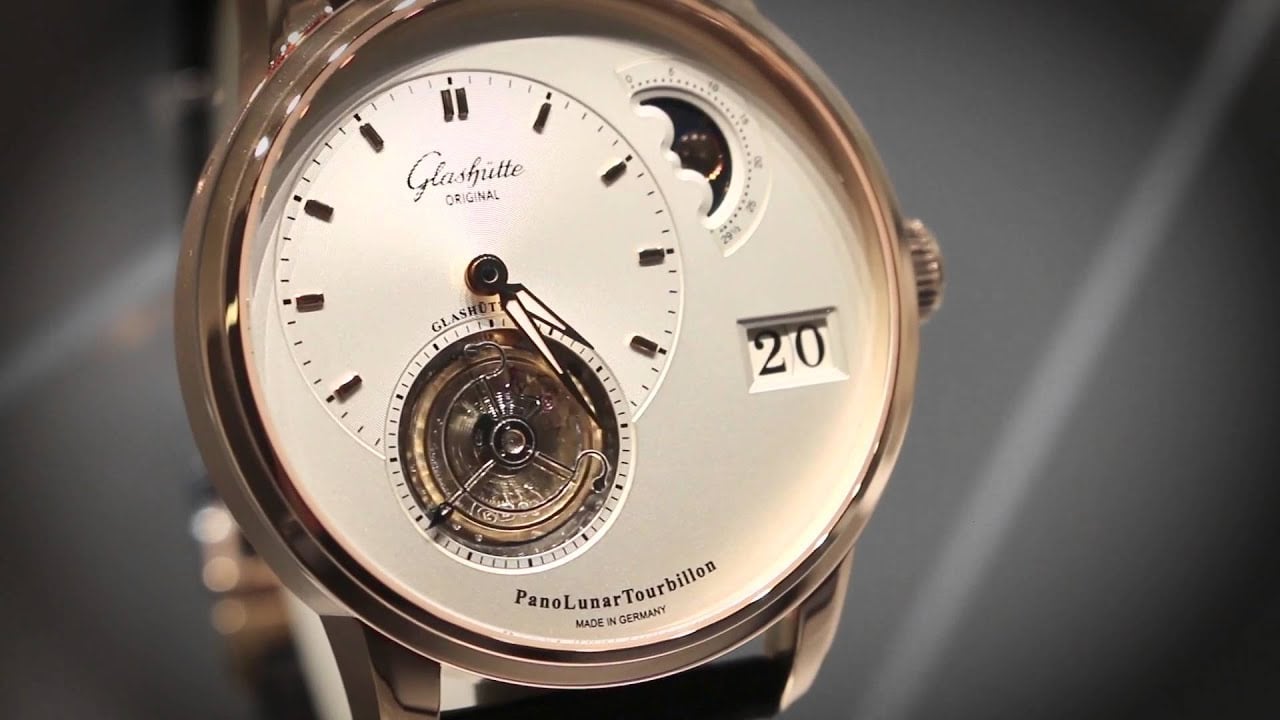 In a great example of a Glashütte Original high-complication watch, the PanoLunarTourbillon is an eye-catching yet understated excellence choice. The design and configuration are much like the PanoMaticLunar and are also automatic.

The PanoMaticInverse is more surprising, as it features a duplex swan-neck regulator prominently. Even though unusual in general, this mechanism is somewhat more prevalent in German ultra-high-end watches. Mainly, the swan neck regulators allow minute adjustments to the oscillation rate of the watch. In the same way as tourbillons, they are often more for aesthetic impact than their actual function.

At the end of the day, they are more difficult to display in a watch, as they interface directly with the hairspring. But the PanoMaticInverse achieves this with an inverted movement. Since the back of the movement faces the front of the watch, its three-quarter plate and dial are on the same side. The Glashutte ribbing of the three-quarter plate is therefore visible on the dial. 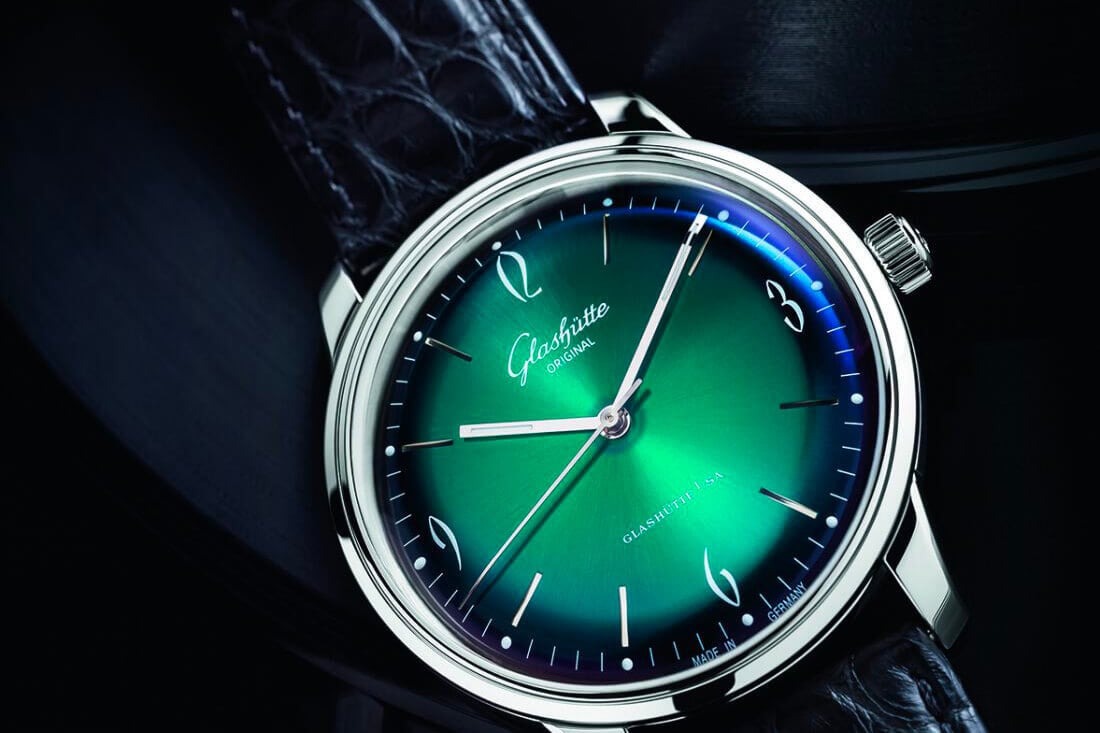 This watch originated in the developmental phase of many of the company’s watchmaking processes during the VEB era. The predecessor of the Sixties was the Spezimatic, short for the German “Spezial Automatic,” and was very popular at that moment. The Spezimatic was true quite a powerhouse with its light, thin, and accurate motion.

The most prevalent Glashütte watch line by quantity; over 4 million of them were built by VEB Glashütter Uhrenbetriebe during its run. The Sixties draws its dial choices from this insight, such as domed silver or colorful degraded prints. “Degradé” means a gradation effect or a changeover from a lighter-colored center to a darker margin.

The emitting imprint pattern resembles a weathered impact, simulating classic wear. The Art Deco numerals are also straight from the Spezimatic. Meanwhile, flat luminescent hands and diamond-cut rectangular indices are not from the Spezimatic but pursue to convey the industrial design of the 1960s. 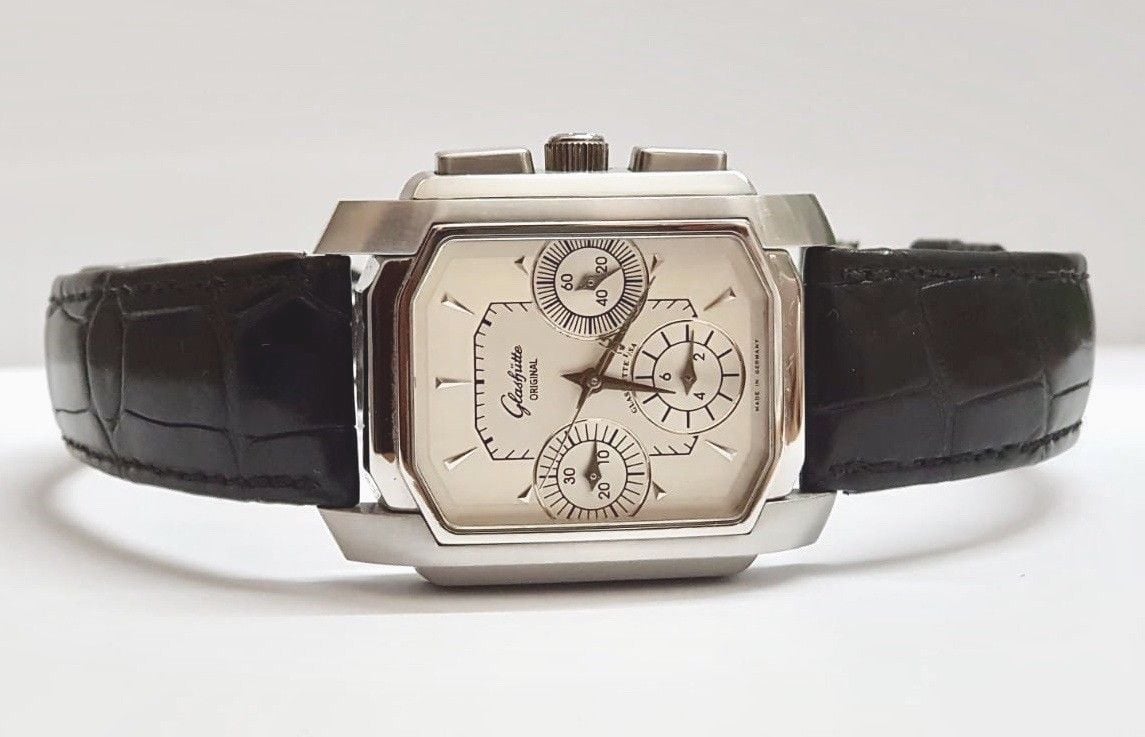 Though most brand watches have rounded cases, some have square cases. They have the title “Karree,” a German translation of the French word “carré,” that is, “square” in English. The French loan word is used because it borrows from Swiss watchmaking terminology.  This watch displays a high-end style that matches fashionable outfits.

Glashütte has developed a reputation of excellence and creativity that extends across generations and continues to inspire us all. It’s a case of your preferences with this collection. They are all equal in the precision of German engineering design, and they all show the same eye for detail and style, and let’s not forget the in-house accuracy movements with great detailing. 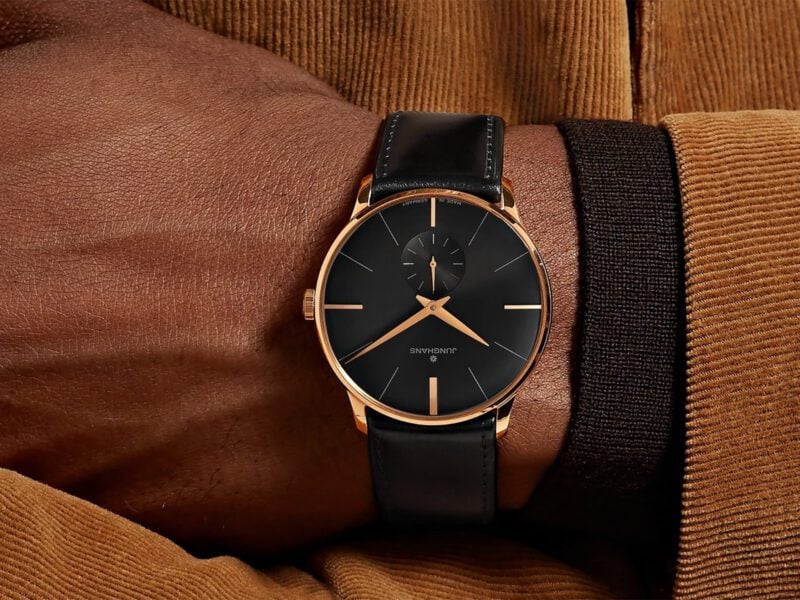 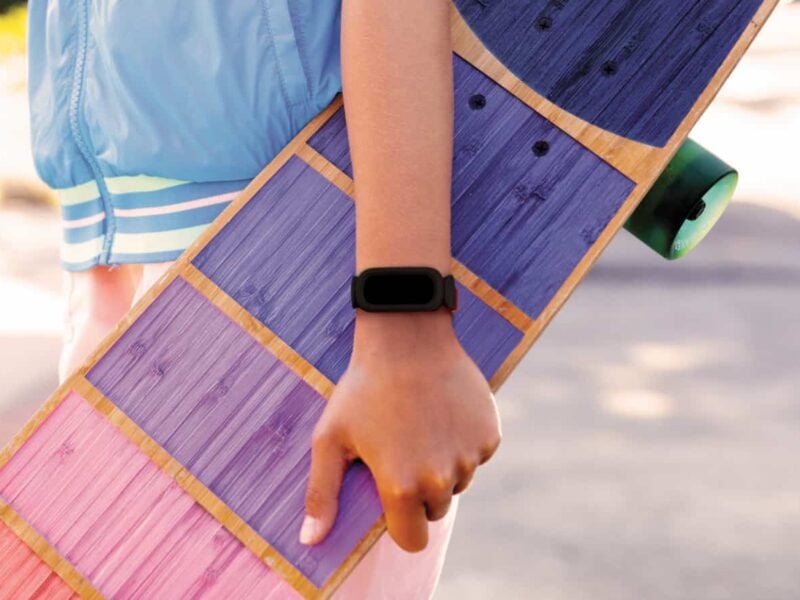 Waterproof Watches for Kids – What to Look for 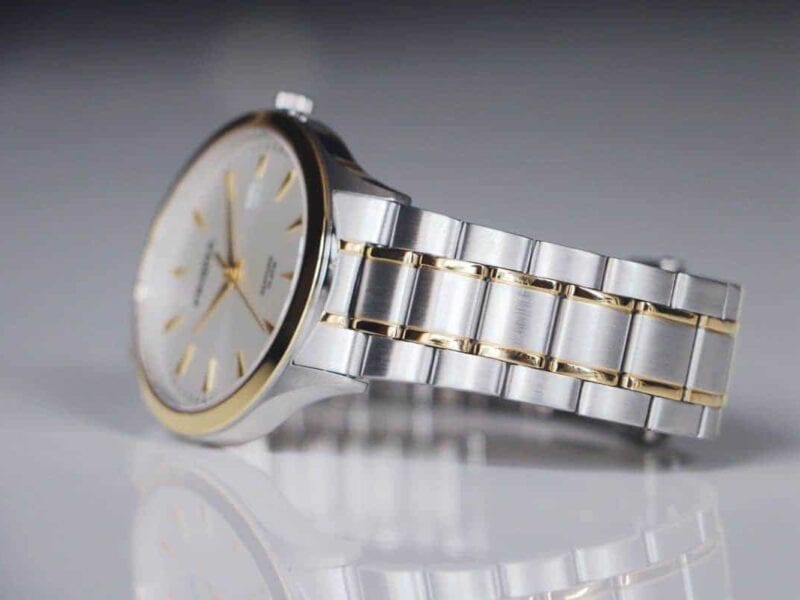 The Climbing Popularity of Silver Watches for Men