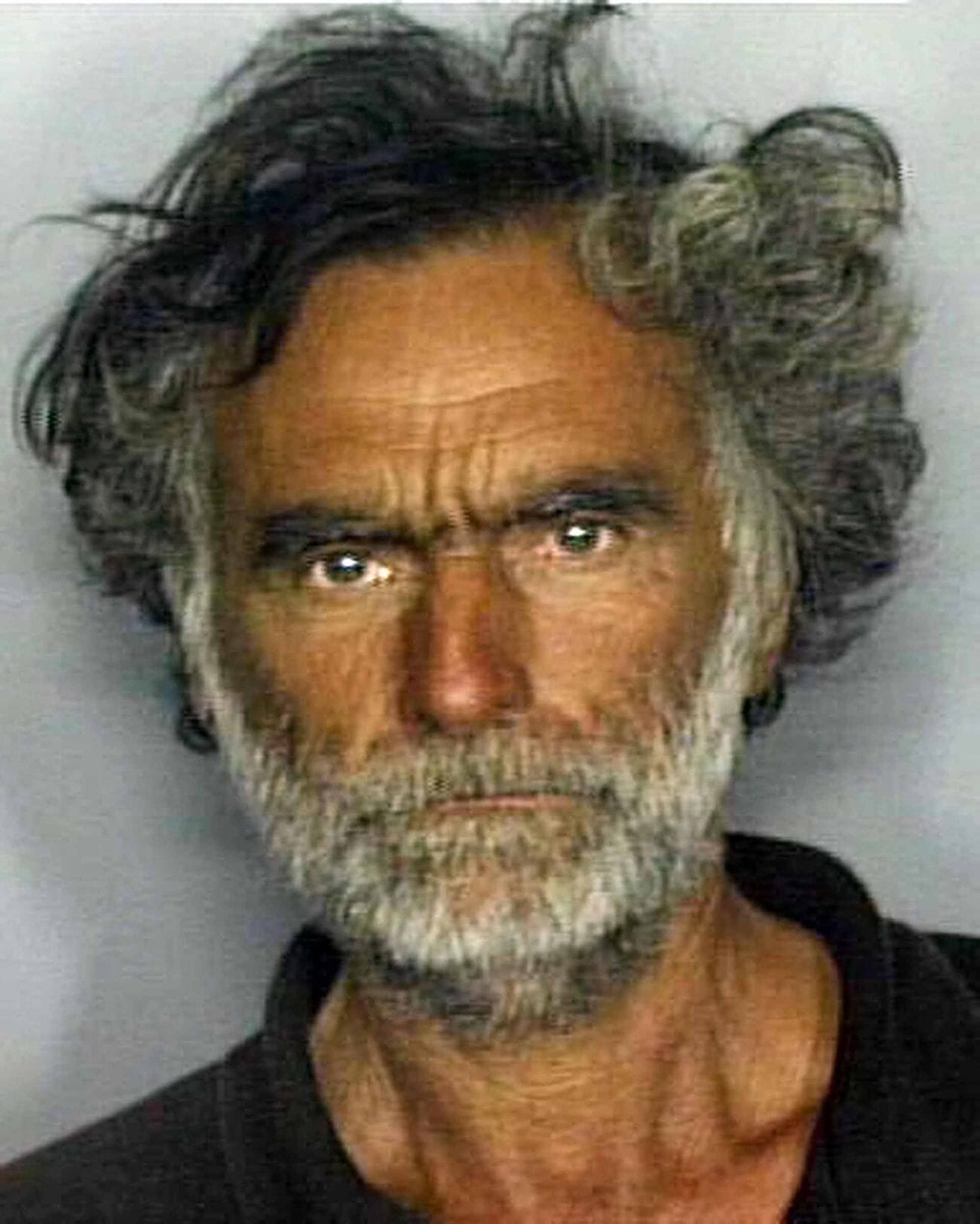 Is it safe to come out of quarantine? Remembering the bath salts zombie

Ah, 2012. A much simpler time when we all thought we were going to die because the Mayans told us so, not because of a killer virus. We had our own versions of the disturbing apocalypse awaiting us, especially with an upkick in zombie apocalypse movies and TV shows that year (thanks The Walking Dead).

But we also got a taste of what a real-life zombie apocalypse would be like thanks to a Florida Man by the name of Rudy Eugene. The man high on bath salts literally choked a homeless man with a plastic bag, and started eating his face. While tragically Eugene was shot to death by police as he wouldn’t stop attacking the man, it does ask an interesting question.

Is bath salts what will cause the zombie apocalypse? This wasn’t the first case of cannibalism while on the recreational drug either. Washington State had banned the drug in 2011 due to similar instances, and a Louisiana man was reportedly high on bath salts when he attacked an acquaintance’s face. 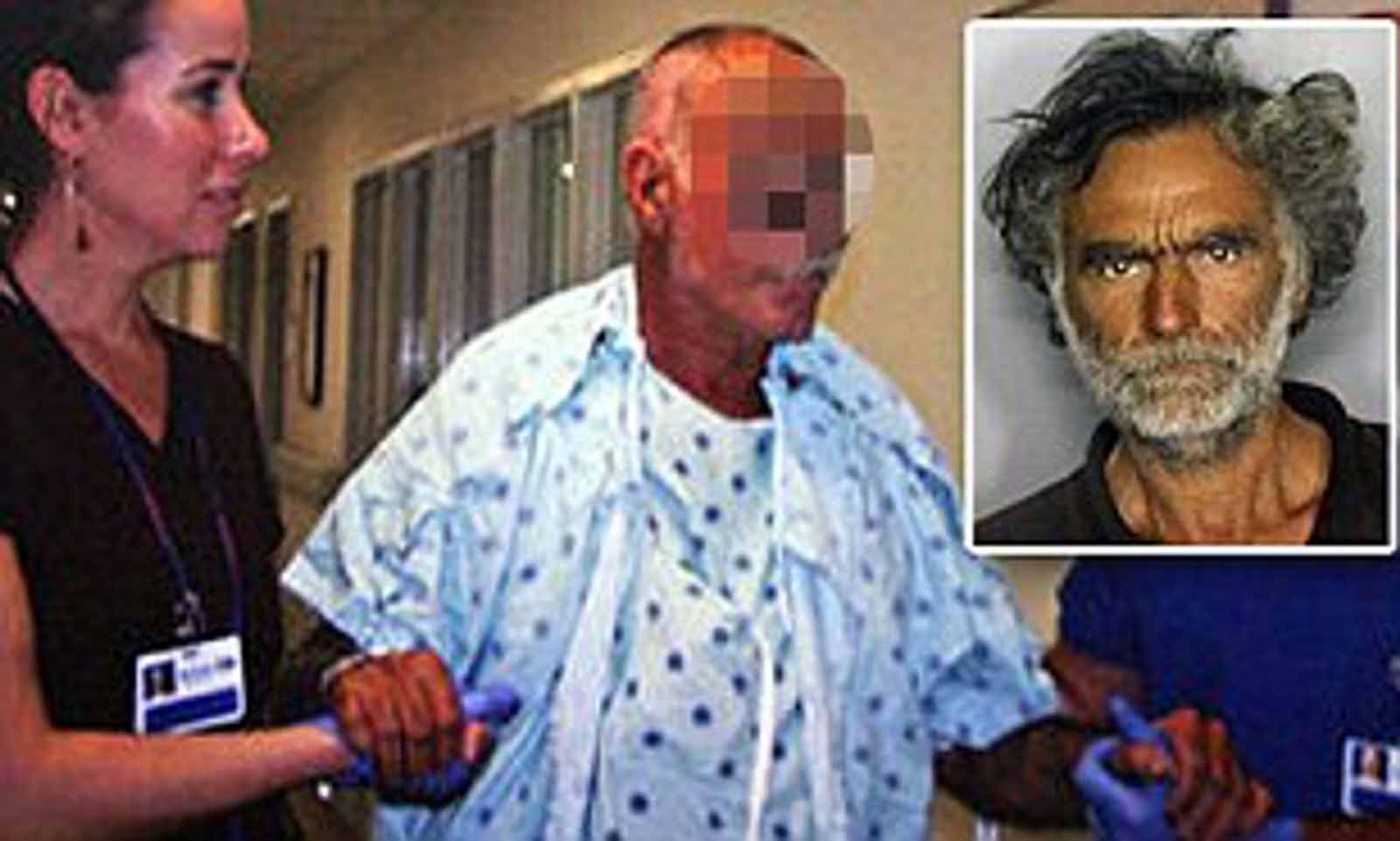 The new version of the zombie apocalypse: drugged out people

We keep joking that Coronavirus might lead to the zombie apocalypse, but it’s not a virus that’s going to turn people, but a recreational drug. Naturally, once this quarantine is over, the ravers and festival-goers are coming out in full swing for any events that didn’t get cancelled yet.

The drugs will come out, and so will the drug-induced zombies. Coronavirus is dead, long live the bath salt zombies taking over the world. If we learned anything from seeing the victim’s recovery process, the standard of who’s beauty’s at a 10 will change in this apocalypse. 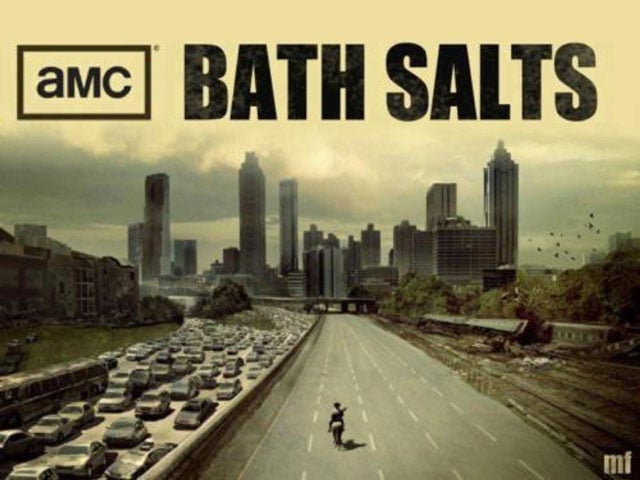 Memeing up the zombie apocalypse

Of course, we can’t go without acknowledging the giant meme bath salt zombies became after the incident. With their impact font and crappy stock images of zombies, these memes ruled the land as people found the situation oddly funny. Maybe it’s the cannibalism, maybe it’s the fact it’s bath salts, maybe it’s because he’s a Florida man.

Who knows what made Eugene’s case memeable, but the internet memed it up. So to remind you why bath salts are a bad idea, and how to prevent the zombie apocalypse, let’s take a trip back to 2012 with some old fashion memes. 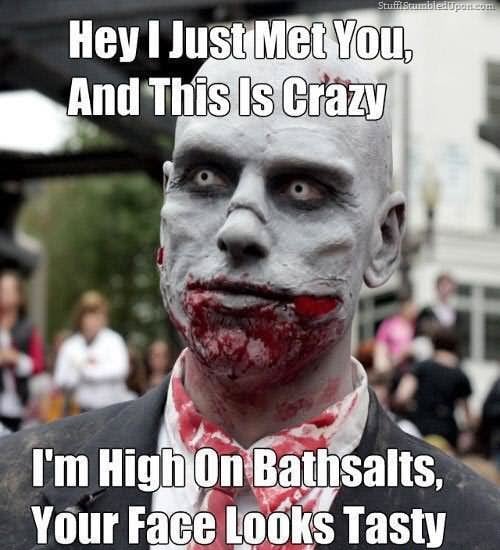 Oh yeah, “Call Me Maybe” was a thing

2012: the year of Carly Rae Jepsen and a zombie apocalypse. 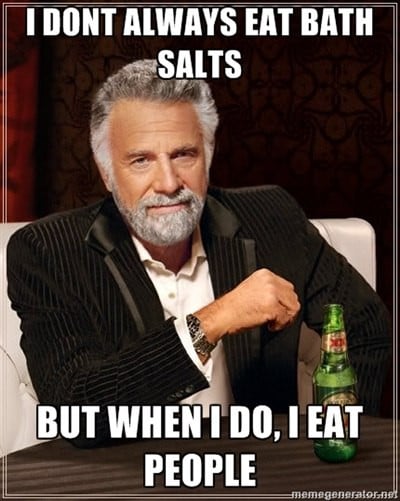 Dos Equis guy was a strong contender for best meme of 2011. 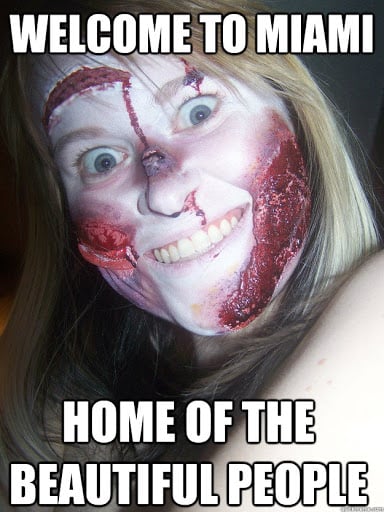 Miami is a cesspool of trouble

Don’t let Fast and Furious fool you, Miami has some serious issues, and it’s not a dream spring break destination. 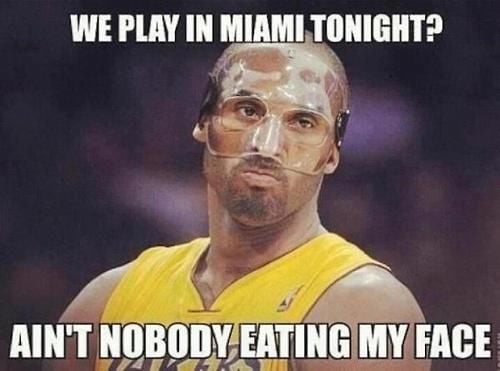 The man that could’ve led us through the apocalypse. 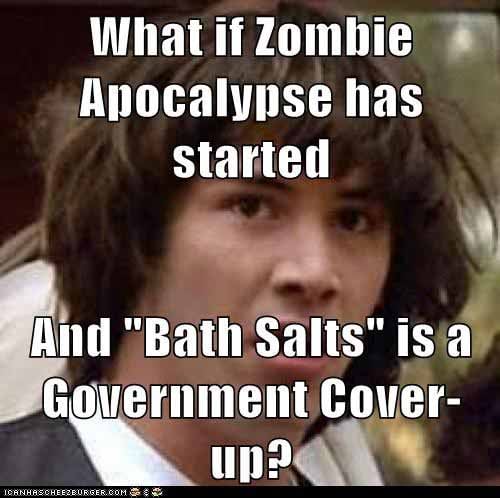 Since 2012, the world has been a bit of a mess, so we wouldn’t be surprised if zombies are among us. 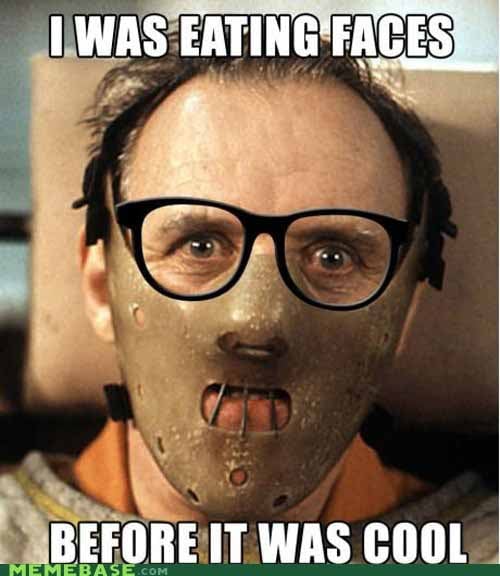 Like we could talk real-life cannibals without bringing our man Hannibal into it. 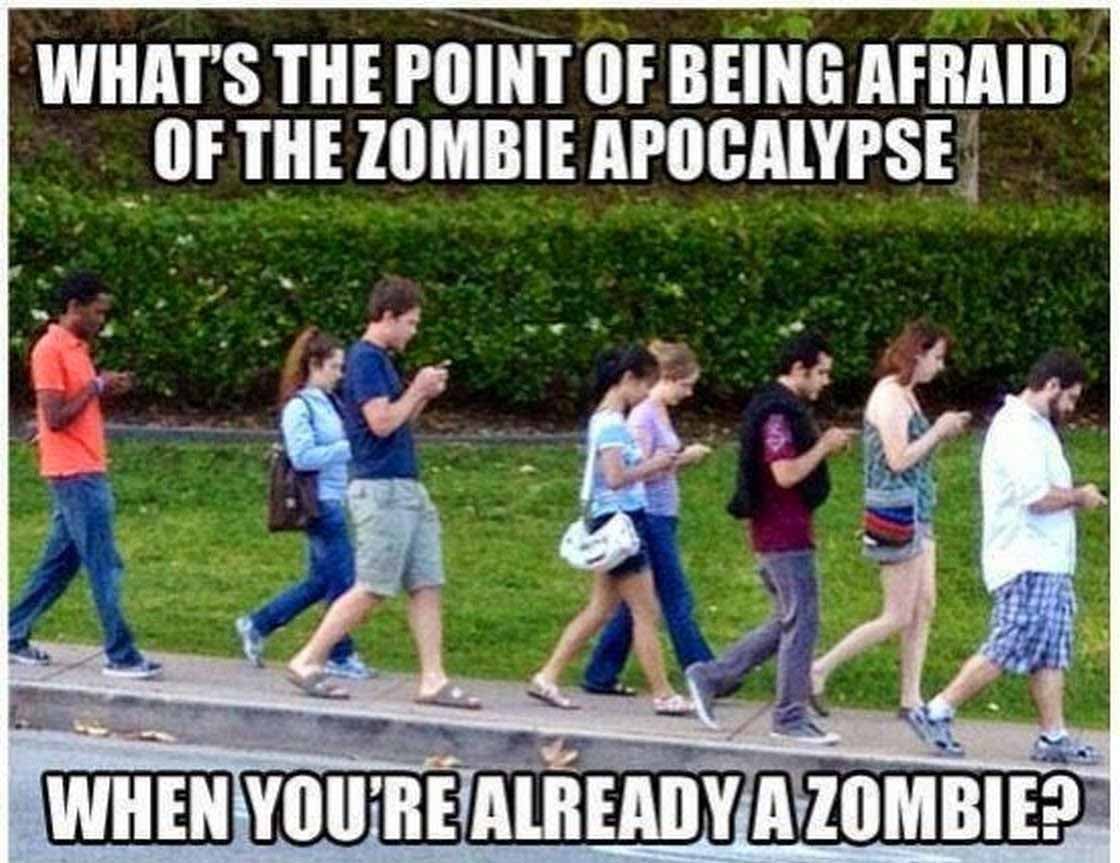 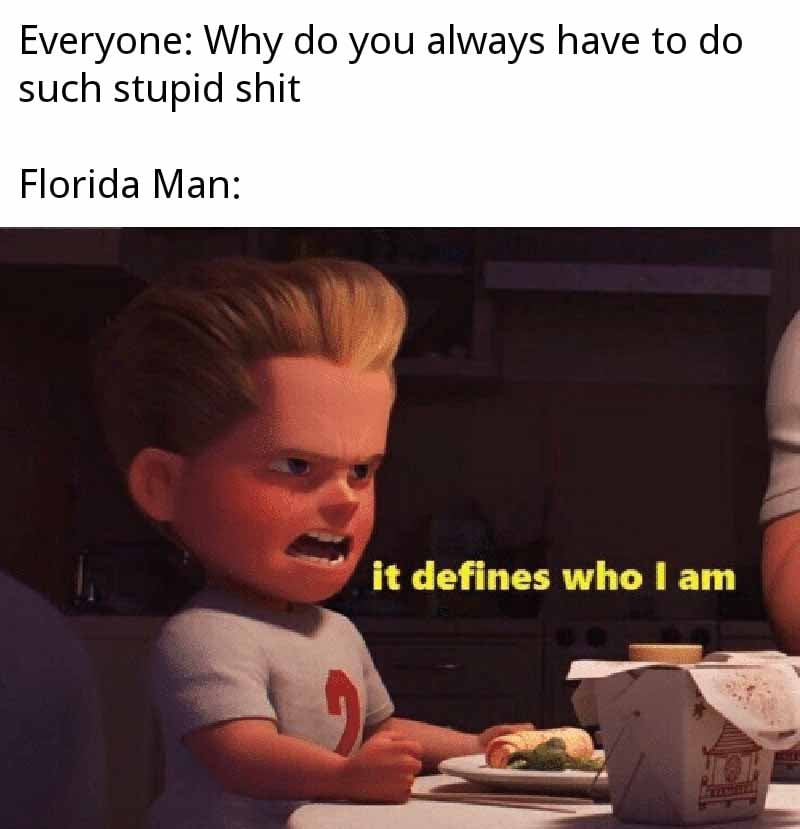 And we’ll continue to laugh at how stupid Florida Man is.